Lines on maps, rumours of new trails, a track junction which leaves me wondering … where would I have gone if I’d taken the other fork instead? 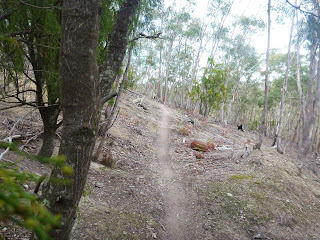 These are the things that drive me to explore, and whether it’s a giant adventure, or a play in my backyard, a hint of new trail is a thing of excitement to me.

Today, I went for a short play up at Belbins Road as I’d finally found where the connector to the top of the Meehan Ranges had been built and I wanted to go explore (and yes, maybe go check out the new track work being down by Dirt Art over at the Clarence side of the park).

Now last time I rode up in the area where the connector started was March 2012 and I was there for a Mountain Bike Orienteering Event.  My recollection of the trails in that section of the park were that they were poorly built, badly eroded and not really worth riding.

My how the world has changed … 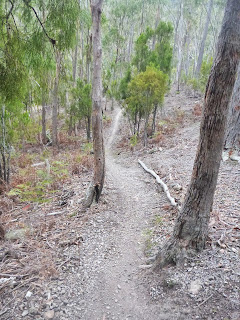 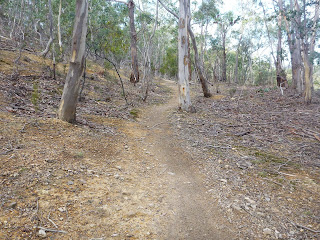 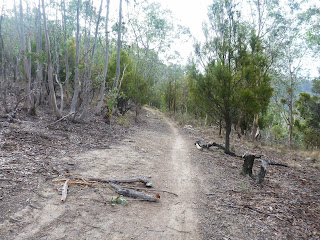 The new (to me) connector trail is immediately obvious once you cross the creek and start heading up the hill  and if you’ve got a vague idea where it should go, then you can just follow your nose (or probably more usefully the most obviously single trail) as it winds its way around and up the hill, across some private property (legally) and then out onto a firetrail, for what is, to me at least, still a lung busting climb to the top. 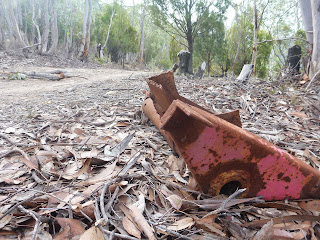 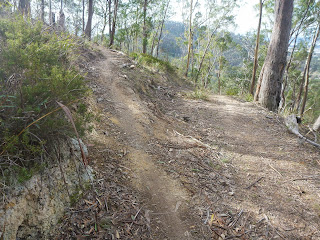 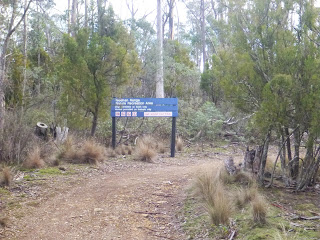 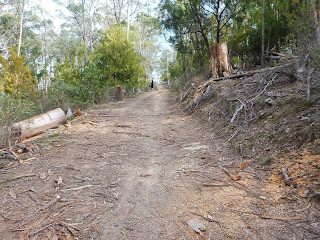 Then just as I was coming up to the top of the ridgeline and a piece of trail I knew … I saw another piece of single track tempting me off to the left … and not one who wants to die not knowing, off I went to see what I would see.

If you want to know what it was that I saw … well you’ll have to go up there and ride it for yourself as I was having way too much darn fun plunging down to stop and take a photo (yes, even I have my limits).

However, I soon realised that this trail was just the (as yet for me) undiscovered top section of the middle single track section which climbs/drop into the middle of Belbins, so rather than follow it all the way back down again, once I hit the firetrail, I pushed back uphill and continued to explore the ridgeline.

Which is when I went and explored yet another little track which I’ve ridden past numerous times (this one heading off to the right) and oh joy,oh joy, oh joy … for every ten dead end trails I go down there is one of these discoveries … a perfect loop of dedicated single trail wonderfully built and beautiful to ride.

So nice in fact, that once I finished my first circuit (it was about 1.5kms) … I turned around and did it all again in reverse just to see which way I preferred it.  For me, I preferred it in a clockwise direction. 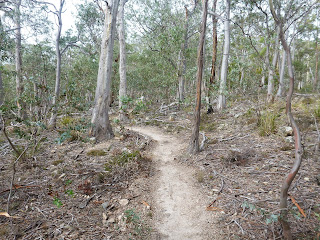 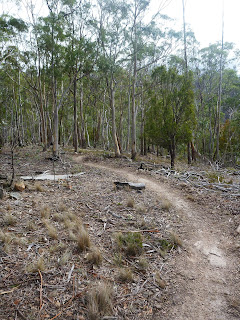 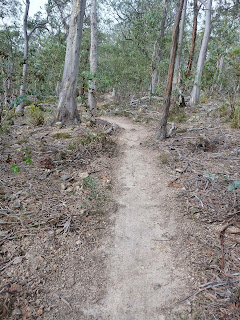 But that’s a bit like saying I like my chocolate held the right way up … I’ll still happily eat it upside down and enjoy it.

At about this point my allotted time for a ride was coming to an end, so I jumped out onto the main track and carried / pushed my bike down the short creek connector which comes out at the top of Stringy Bark Gully, (a section of track which only someone like me that is happy to push my bike up a hill, just to carry it down again could really enjoy) 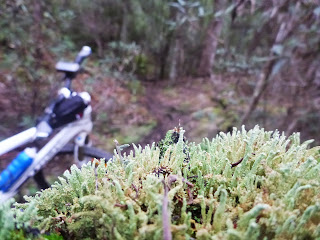 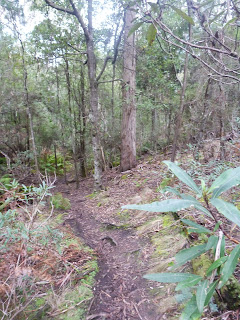 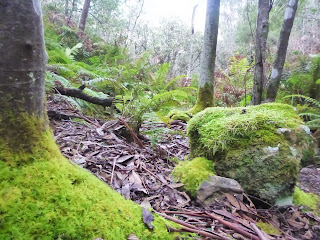 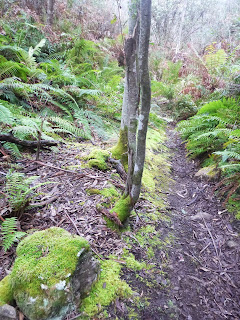 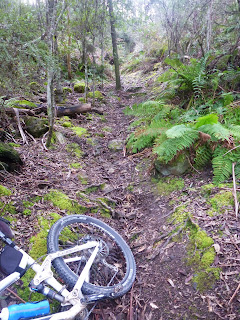 … although you have to admit it is pretty.

Once I came out at the top of Stringy Bark Gully, I was back on my bike and a short, fast ride later I was out at the trailhead at the end of another great day.

Now, I just have to update my (only just added) Meehan Ranges & Stringy Bark Gully track notes on tassietrails.org to reflect all these new trails … who ever knew there could still be so many undiscovered trails in my own backyard … 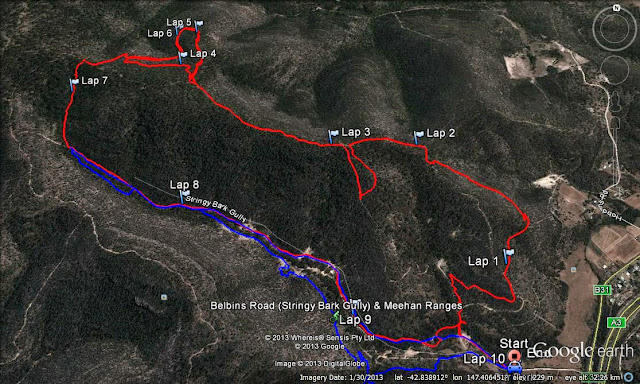 PS.  If you want to view the route I rode you should be able to see it here.