Bec and Kim were planning a ride on Friday night, so I thought … why let them go alone when they have the potential services of one of Tasmania’s most knowledgeable trail gurus at their disposal.

That’s me if you didn’t figure it out.  The end result was that I offered to lead them on a short, pleasant mountain bike circuit around the Meehan Ranges. 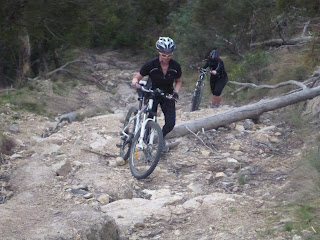 Suffice to say that my memory of the route may not have been quite as accurate as I thought it was. 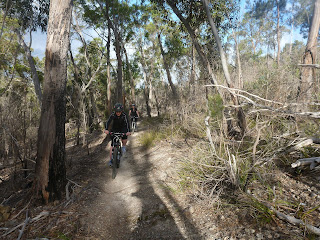 However they might mention at this point that I never did find that particular (and rather important) section of track.

What I did find was lots of quite technical single track that I found really fun.

If Kim or Bec were writing this blog they might mention that neither of them really planned on tackling this type of technical riding, so they may not have enjoyed it quite as much as I did.

Kim and Bec may also mention that after pushing our bikes to the top of Meehan Range, they had to then push their bikes most of the way back down again due to the rutted, rocky, washed out nature of the descent. 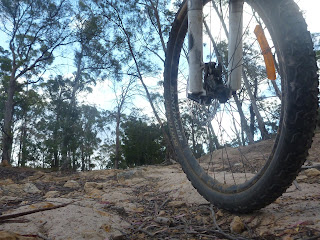 I didn’t recall that from my previous excursions out this way, but I had a great time regardless barreling down the descent, though there’s this small voice warning me that I probably shouldn’t mention that in this blog …

We ended up getting back to the car around two hours after leaving … about twice the time I promised it would take.  I wouldn’t think that worth mentioning, but I think they might.

I actually felt so guilty about what transpired (despite both Kim and Bec saying that they enjoyed themselves) that I went back to the Ranges this afternoon and rode the circuit in reverse to try and find the junctions that I felt I’d missed.

The good news was I discovered a heap of new trails that I hadn’t found yesterday. 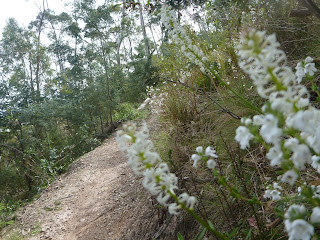 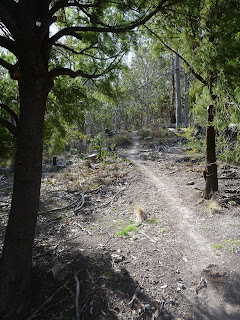 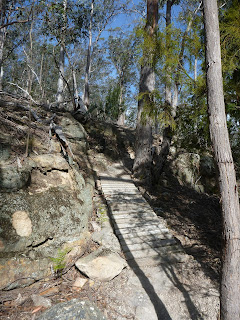 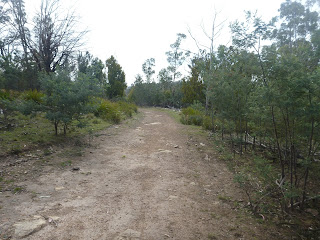 Somewhat surprisingly, I also found an even more difficult way to get up onto the top of the ranges (tip: don’t go up the downhill course). 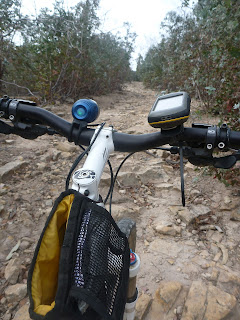 and I had a jolly good time … 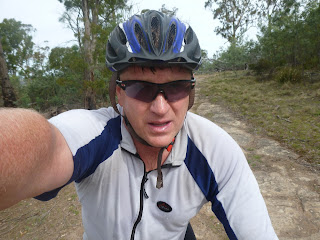 but I don’t think I found the trails I was looking for … or if I did then I’m doubly glad that we didn’t go that way because it was even harder than the way I took Bec and Kim.

Actually, thinking about that I guess that does make me a trail guide superstar.

But I knew that anyway.