2013 hasn’t really started the way I would have liked.

In between bushfires, a crazy time at work, Kim’s first half marathon and buying a new car … well not much else has happened.  I’ve barely got outdoors at all this year, and that’s just not right.

This was remedied today as I finally chalked up my first micro-adventure for the year … a pack-rafting / mountain biking trip down the Huon River from the Tahune Airwalk. 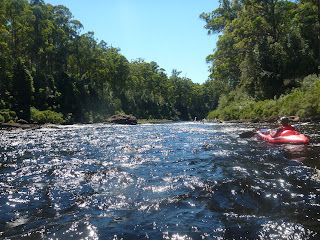 Now believe it or not (I say this because Kim couldn’t believe it), despite growing up in the Huon Valley I’d never actually been down this section of river.  The upside of this was that when Kim got talked out of our original idea of liloing down a section of the Franklin River by her “everything’s going to go wrong, you’ll drown and I’m sure it’s illegal anyway” work colleagues …

… well at least we had something else we could do instead.

As per tradition with our southern adventures, we started the day with a truly horrible breakfast at Banjo’s Huonville where we (again) agreed that we would never go there again (if only there was an early morning alternative) before driving on to our exit point near the Southwood Mill site to stash our bikes and cycling gear for the return trip back to the airwalk.

With my new water based route, we’d get the joy of floating down the river to Southwood missing all this mud, plus we’d still get to tackle the more enjoyable section of track that runs back up into the Weld and around to the airwalk on the way back.  Brilliant (even if I do say so myself).

So we got to the first ‘rapid’ (noting that according to the guide notes this section of river is only Grade 1/2 so we weren’t expecting anything to worry about) and there is a left channel and a right channel to choose from.  I of course decide to go down the right channel and only notice just before I get onto the horizon of the rapid that the right channel runs straight into a sharp turn ending at a rock sieve and have to rapidly back paddle (something not easy to do in a packraft against the current) to then go down the left channel. At this point I do confess to thinking “God, I’m glad we didn’t go down the Franklin“

Here’s my one piece of advice advice for this river section – at low levels (like we were doing) pretty much always choose the river left channel (when we went down the BOM River Level for Tahune Bridge – available at their website – was 0.5 metres.)

However, after that one little scare every other rapid was an absolute doddle … one of the easiest rivers I’ve ever been down, and also very beautiful all the way down to the Weld River Junction (approx 7 or 8 km down from Tahune Bridge).  For the record this is only Kim’s second time on the water, and I am a white water novice who is scared of rapids … and we cruised it. 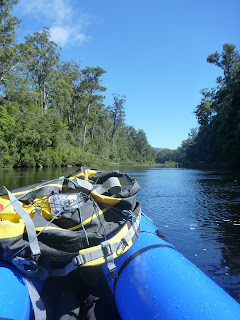 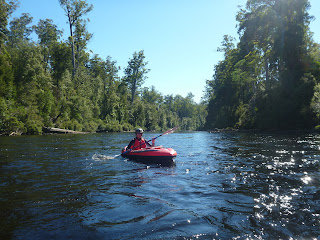 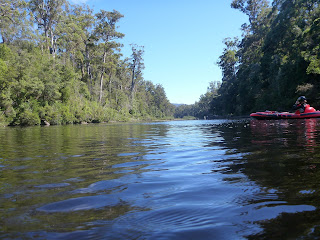 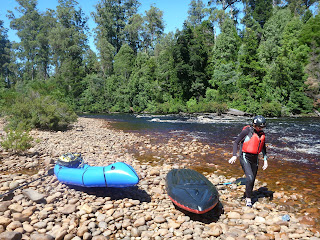 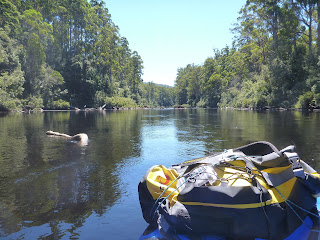 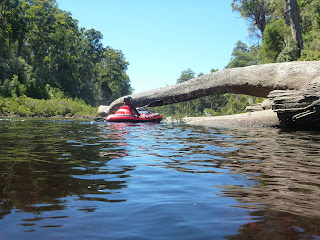 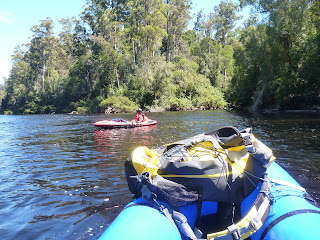 I did take some video footage of our lilo adventure, but I’ll spare you the pain … let’s just say we both agreed that it was probably a good thing that we didn’t do the Franklin on those lilos … there wasn’t a heck of a lot of directional control … and to be honest, although the concept is cool, the reality was that it wasn’t as much fun as the packrafts, but still it was nice to get in the water on such a hot day.

Below the Weld River junction, there was very little in the way of rapids, or waterflow, so it was a bit of a slog to get down the last four or five kilometres to the Southwood Bridge (my packrafts top speed is about 4km/hr) and we relished every rapid we could find to speed us along a bit …

It was nice to finally have the Southwood bridge come into view.  Though not so nice to have spectators watching us as we floundered to shore and then tried to hide all of our kayaking gear with them still watching us …  I guess sometimes you just have to trust people. 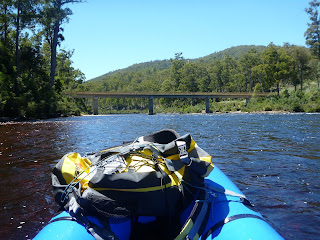 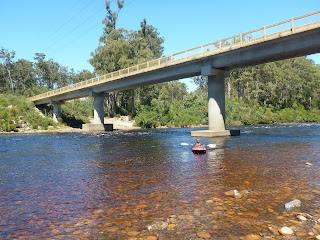 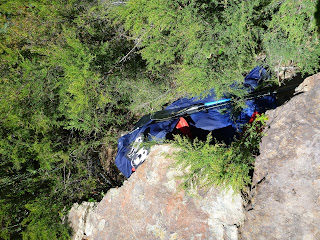 After that it was an 18km ride back to the start, with the first 7kms being along a wonderful, fast section of track running alongside the river (but with little views) before emerging back out onto the gravel road to complete the loop back to the airwalk.   For the first time in my life this track was mainly dry … but only mainly.  We came across a guy on a motorbike who had flooded his engine by charging into a puddle which turned out to be a lot deeper than he anticipated … we walked around that one. 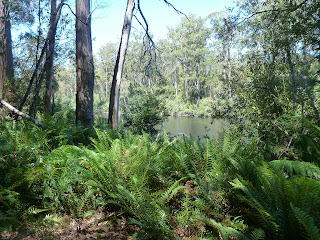 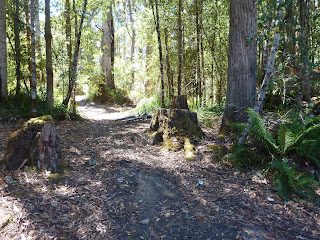 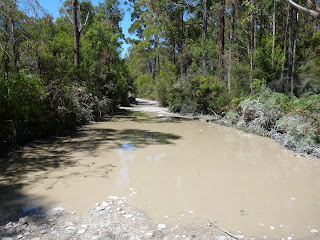 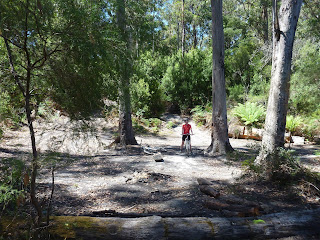 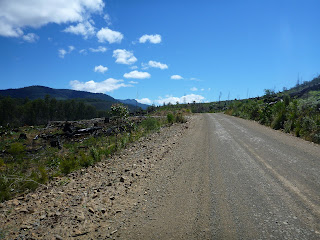 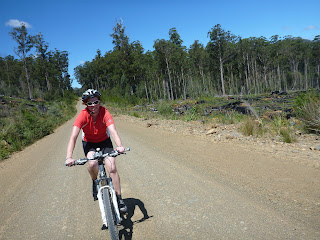 After a bit of a climb up Fletchers Road, the final few kilometres along South Weld Road are particularly nice due to the now almost non-existent traffic and the roads slow return to a leafy lane … well, if you see the snakes in time. 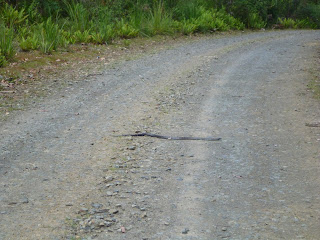 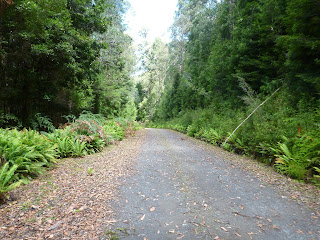 And that was our day.  It was nice to get out and spend a day in the sunshine, exploring and re-exploring trails.  I felt a lot of stress leave me as we went along … at least until I got back into my new car and had to do battle with the stupid ipod integration feature again -Aagghhhhh!!!!

Now that the ball is rolling, the obvious question is … what shall I do next?

You can see the route here