So, as you might imagine after the demise of my Giant Trance (See previous post), I had steered the conversation with the Cyclops crew towards what bike I might buy next, and one of the suggestions was the Scott Spark 710 Plus. 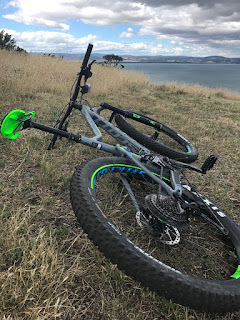 And after reviewing it online I found that it had quite an interesting set up that might well match my riding style and so I headed into AvantiPlus in Sandy Bay to see if they had one in stock.

Turned out they not only had one in stock – they had a demo bike I could take for a spin for a few days.

Can you imagine the smile on my face when I figured out that Damian wasn’t just pulling my leg, and I could actually take the bike out for a few days to trial it out … it looked like this:

😀
(Note that smile is a re-creation – it is not my actual smile).
As soon as I got it home, I got changed and took off for a ride up Wallaby Track.
I quickly developed a love – hate relationship with this bike.
I loved the way that the combination of wide-tyres and suspension provided such a forgiving and comfortable ride (except for the seat – but that could be changed). 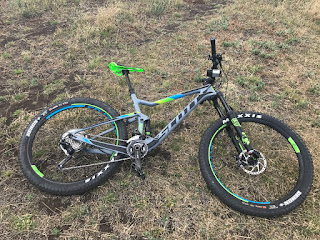 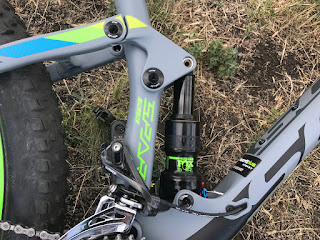 It just glided over rocks and logs and roots like they weren’t there.
I also loved the lock-out mechanism on the suspension.  I know that this is probably just technology progressing from my now three year old bike to what is standard today, but still – handlebar based suspension is cool – except for all the cables. 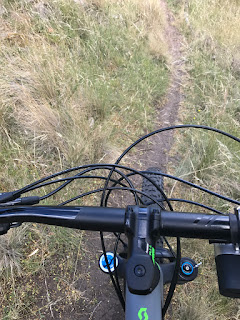 I also loved how it went downhill.

While ‘supporting’ Kim on her Cadbury Marathon run on Sunday I dropped the bike over a small embankment that normally I would class as an at-the-edge-of-my-comfort-zone sphincter clenching experience.

On this bike with its big tyres and forward jutting front wheel – everything just felt easy, smooth and in control.

But, unfortunately,  it also had some issues which I couldn’t overlook.
Firstly the cranks and pedals seemed set way too low for me – to the extent that the pedal was regularly striking the ground on the uphill side of the track when I was riding along the hill face, and it was also a real pain in rock gardens.
I also found the handlebars a bit too wide for my liking (specifically there are a few tight pinches on the Wallaby track track between trees which I can slip through on the Trance and even on my Trek Evo 8 … but which I couldn’t make it through with the Scott).
Again, handlebars are replaceable, but when we’re now talking seat, handlebars and cranks … it’s starting to become a lot of changes to a new bike.
And finally, I just found the turning ability a little bit too slow for the many technical and sharp twists and turns that Wallaby threw at me, resulting in my overshooting the track on several occasions. 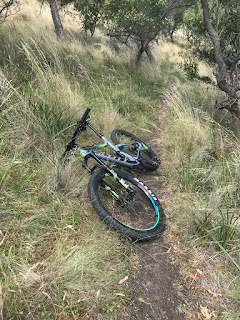 So … I kind of loved the bike, in fact I almost convinced myself that everything I didn’t like (except for those low pedals and wide turning circle) are not enough to stop me buying it …
But then I also realised that there are an awful lot of other bikes out there that I haven’t even looked at yet, so I reluctantly returned the bike to AvantiPlus while I scout out other possibilities … 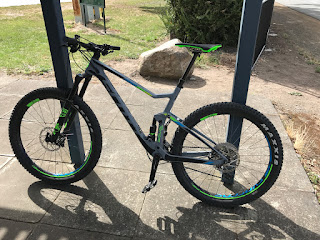 So that’s the question: what should I look at next?