The first, and perhaps most terrifying, is that I was happily sitting on the couch the other day navigating my way around bikeexchange.com and (at the particular moment of terror) I happened to be using brompton’s bike builder to see how much it costs to build a custom six speed brompton (for no particular reason) when Kim walked past, glanced at my screen, and said “You’re not buying a new bike“.

“You’re not buying a new bike.“

She didn’t say the more subtle “Do you need another bike?”  or even the set up for a fall question: “Looking at a new bike?“.

Nope, she went straight to “You’re not buying a new bike“.

That is the invocation of the lesser known S-1 component of rule 12 of the Velominati, ie.

To be honest, I thought that was it, the end, no reason to go on, but then the second scary thing happened.

Long term readers may recall the story of Boo and Kim’s ability to make new animals appear in our household whenever I blink.

Well, for a year and two weeks I managed to resist the flood of new animals entering our abode:  I drank my red bull, I never shut my eyes, and we remained new pet free.

Then, just after Xmas, Zara came home from a sleepover and she started talking about her friends rats.

She wanted these rats so badly, and they were so cute, and she would look after them, and play with them for an hour every day, and they would be in her room, and she would feed them and clean their cage …. and I’ll stop there because we’ve all heard this story or said those words ourselves when we wanted a new animal as a child.

So, I said no, not happening, no way, end of discussion.

You already know where this is going don’t you … 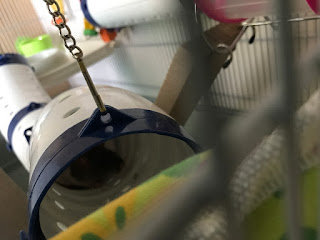 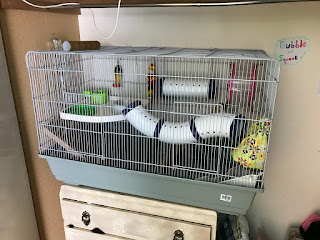 So now we have rats.

Which got me thinking – by my count we now had two kids, two dogs, one cat, three chooks and two rats.  The number of animals in our household is eleven (N=11).

Surely, I mean almost certainly, any reasonable person would agree that the number of animals in a house should never exceed the number of bikes owned by one person (important caveat as Kim and the kids also have bikes)?