You may recall that I set myself a goal of cycling 5000kms this year … or not.

It was a goal that I went somewhat silent on after a few months, but I never actually abandoned.

However,  I’ve known since about the end of October was that I was going to fail … and I did …  big time … 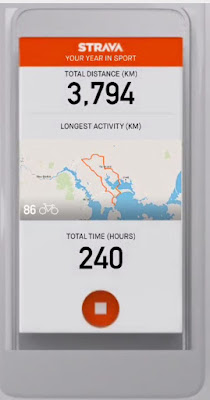 Seems so easy when you think of it like that.

The good news in my failure is that I did ride a lot further than the year before, but a failure is a failure … or is it?

I like the idea that it’s another way step towards success, so I’m going to go for it again.