So it rained all night.

I mean it really rained, and without much motivation, or need, to get out and do anything today given yesterday’s events, we had a fairly relaxed morning including a fantastic breakfast of home preserved fruits, yoghurt and local jams on toast. 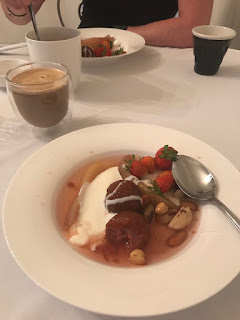 It could have been that the “On The Terrace” owner did us a favour by cancelling our booking!

With no clear destination in mind, we drove out of town (in the rain) and on a whim I drove down to Forest (it’s the name of a town) to check out the local primary school (long story, but it’s got to do with my work) then we headed into Smithton with the vague intention of maybe driving down to Edith Creek, however as we refueled at a (seemingly abandoned) Caltex on the outskirts of town, Kim’s motivation to maybe look at the Rocky Cape Track (combined with her complete disinterest in checking out school bus routes) returned so we did a U turn and headed back that way.

It was somewhere around this point that Kim confided that her main concern with running the track was that if she went by herself she might get lost on the route through Rocky Cape, especially in this weather (it was still raining hard and there were low clouds) so we pulled into the Rocky Cape Road house and after 30 or 40 minutes of dithering around on her stupid android based Samsung stupidphone and one bar of Tesltra reception (if we held it up against the window), we finally managed to download Gaia GPS onto her phone, send the gone nuts route from my iPhone to her phone and then figure out how to get it to display on her phone so that she now had a route to follow.

With those preparations out of the way, we finally drove out to the start of the Rocky Cape – Sisters beach walking track and I waved Kim off into the rain … 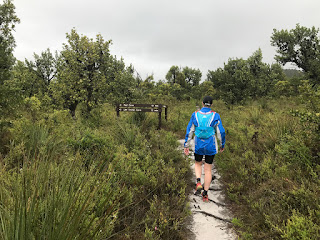 (Except I don’t have any photos of that moment as it was raining and I didn’t want to get out of the car and get wet, so the above is a photo of her near the end of the walk).

I then drove around to Sisters Beach and walked out to meet her as she came down onto Anniversary Point.

This wasn’t just me being a good boyfriend, Kim had read in the trail notes that it was hard to find the track at the end of this beach and not wanting to get lost had ‘requested’ that I meet her there.

As it turns out (with the benefit of 100% hindsight) it was very easy to find the track (it was signed off the beach) but I had such a nice walk out there that I decided not to say anything.

The rain had mainly faded away by this time, so although a very wet walk, it was still wonderful with lots of photo opportunities … 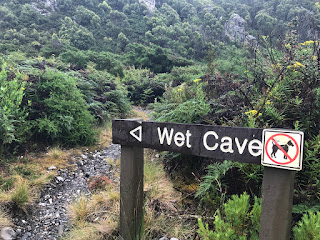 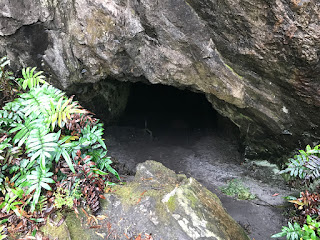 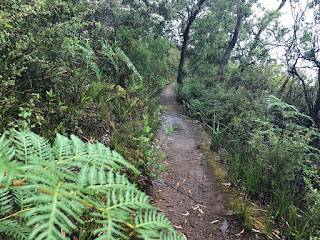 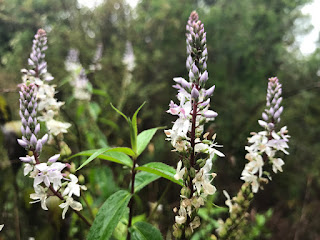 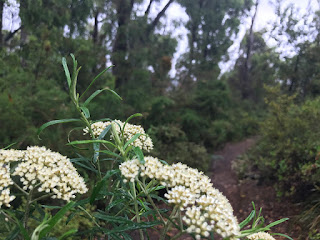 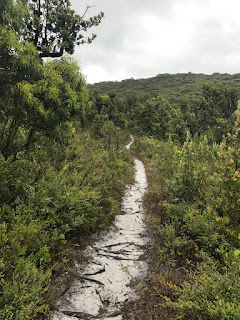 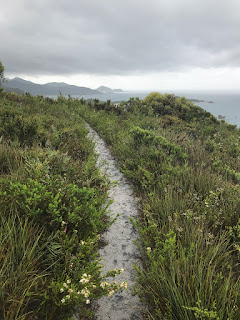 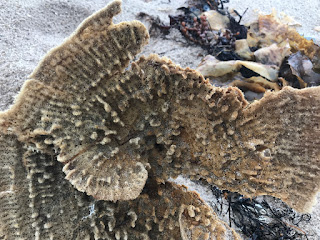 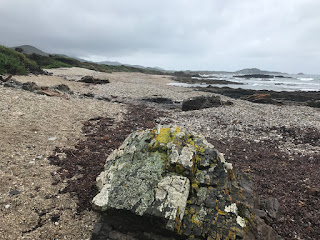 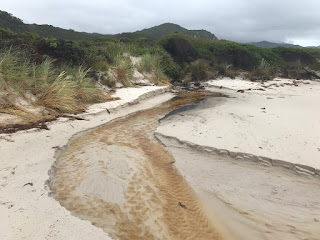 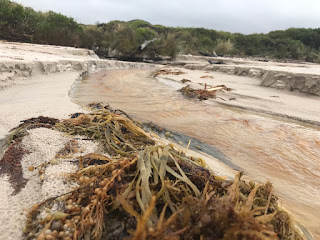 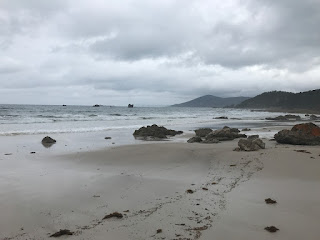 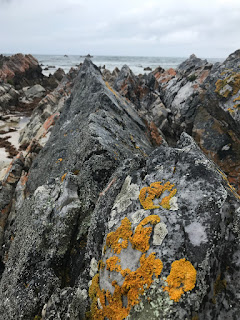 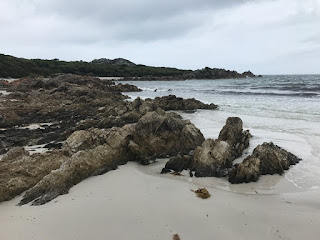 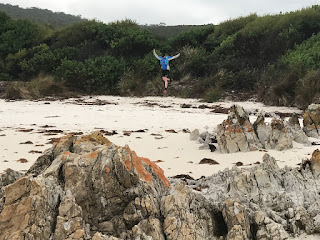 We got back to the car about 2pm or 2.30pm (I think) and Kim made the call that she was too wet and cold to do the section around to Boat Harbour beach (although we drove as much of it as we could, and having since read the trail notes I think we should have covered that section – although we can always cover it the day before the race).

The big news was this – somewhere between Rocky Cape and Sisters Beach, on a rain sodden, cloud covered track, Kim had decided that maybe she did want to do the 101km race after all.

She confirmed what I always suspected – she’s gone nuts!

So we went for a drive (in pea-soup think fog) along the road to Table Cape noting where the trail sort of went and that the section of the trail coming into Wynyard was actually closed due to the recent floods before checking into to our adequate (but not very exciting) accommodation at the Wynyard Waterfront Hotel.

Not much to say from there, we both had a hankering for Chinese so went to one of the worst Chinese Restaurants we’ve ever been too (the Beijing Restaurant in Somerset where the food was average and the service so bad that they took our meals before we had even finished eating them – because the wait staff wanted to finish at 7.30pm).

Then the next day we just drove home, and somewhere along the way – it stopped raining.