I think it’s time to confess that I have a problem.

I don’t like going away for the weekend, because I miss my little puppies. 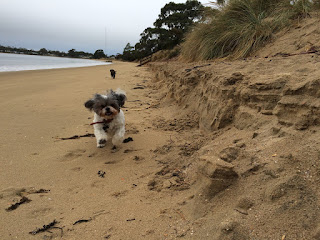 It is sad, very sad, but true.

The thing is though that this doesn’t mean the end to all adventures.

Over the last month or two I’ve been having some great explorations near home, including several outings to find a Goldilocks loop on the Eastern Shore (postscript to this adventure: I’ve since seen an email from the local authority saying that they are happy for cyclists to use the walking trails in the Gordons Hill reserve – woo hoo!). 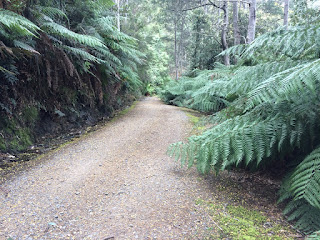 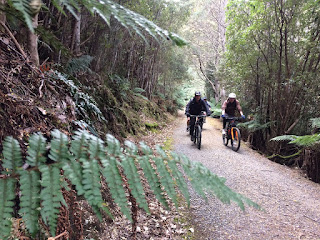 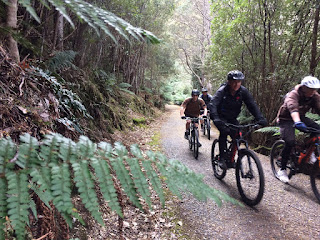 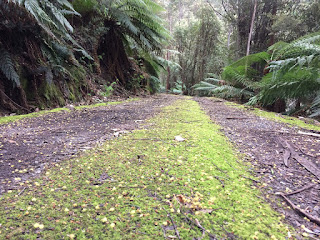 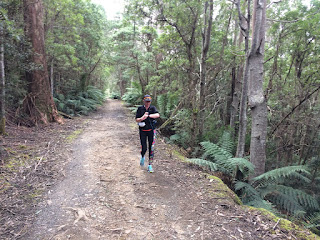 Followed by a quick spin down the Westringa Track for me (does anyone actually know the legal status of that trail?  I’ve heard many stories about its status, but never known which are true).

The next weekend (October 16) Kim went out for another short run, with Zara determined to go with her … 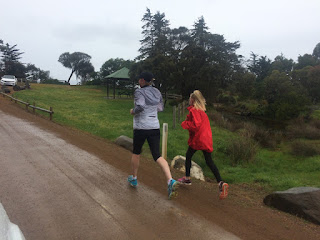 But as good as little Zar’s is … she couldn’t keep up with her mum, and so we went for a ride instead where we discovered a new piece of Tangara trail that has been paved around the Equestrian Centre …  this was a big find as the previous ‘grassy’ track was never particularly fun to ride. 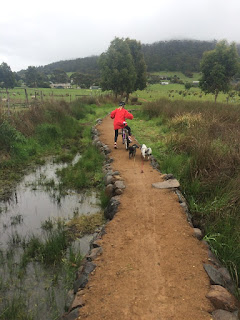 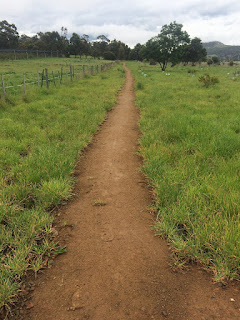 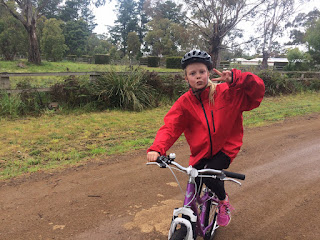 The Sunday after that (22 October) I set off on what I thought would be a thirty to forty kilometre gravel adventure around Mt Brown (Richmond => Levendale => Gravelly Ridge => Richmond). 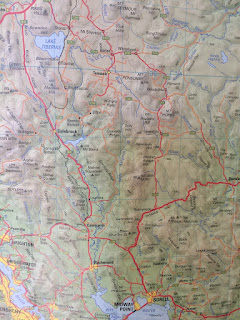 Eighty something kilometres later I decided that next time I might do more than just ‘eyeball’ the distance.

Still it was a good ride … and I still had time to walk the dogs both before and afterwards. 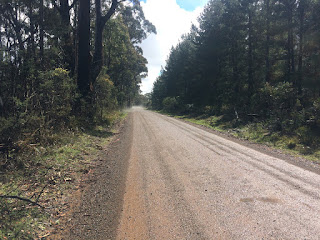 Weekend after (29 October), I finally got up to check out the New Slides Track on Mt Wellington … 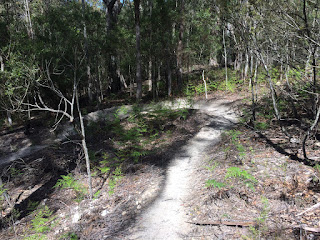 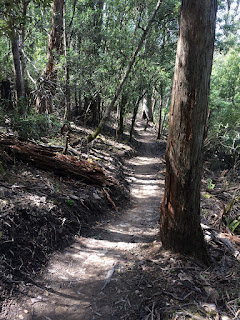 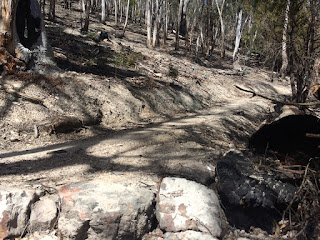 And I must have enjoyed it, because I was back up there on November 12 having a spin the other way (and discovering some new trails as well). 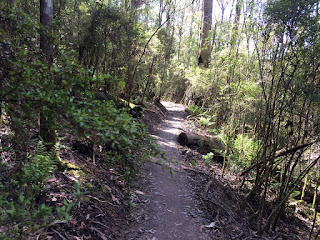 I was pleased to see another rider out there accompanied by his dog … however I would never be brave enough to take my pups on a ride (one would never keep up and the other would disappear after 10 seconds and never be seen again).

It’s strange how there are so many trails, so close to home, that I don’t ride, so on the first weekend in November (after taking the pups for a walk of course) I set my tyres pointing up a nearby hill and had a bit of a fling around Wallaby Track … 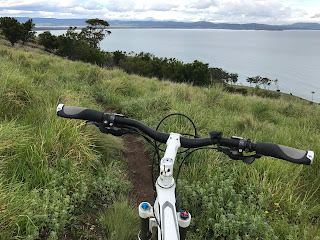 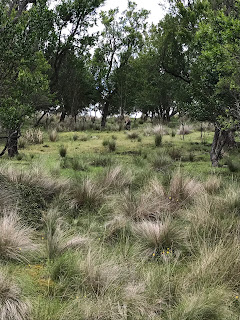 I also took the chance to check out the rest of the Equestrian Loop trail … nice isn’t it. 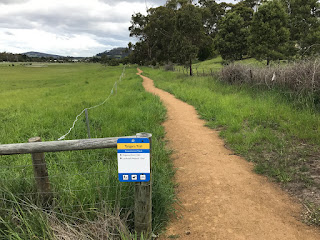 As previously mentioned, I was back up on the New Slides track on the second weekend of November, but I also got a local paddle in on the Friday night exploring around the docks with Roy and a few others … 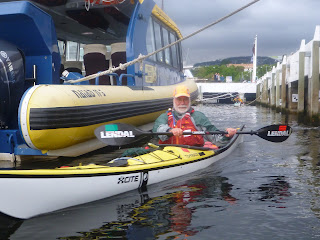 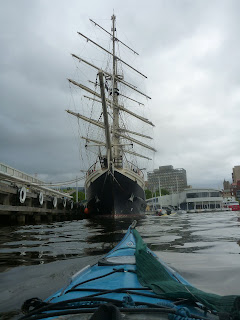 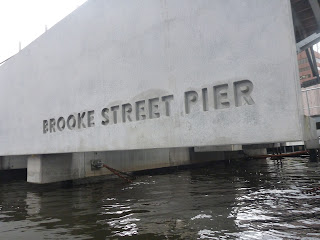 Then I had a weekend off the bike, partly because Kim’s car died and so we spent Saturday car shopping, and partly because I took the pups for a nice long walk on Sunday around May’s Beach. 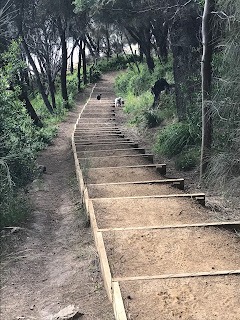 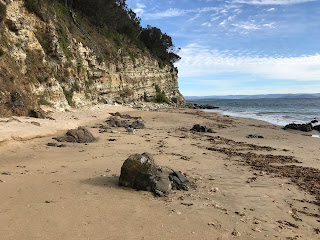 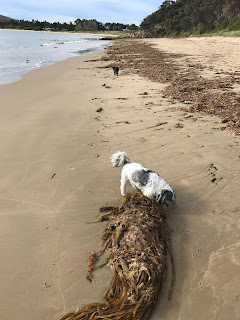 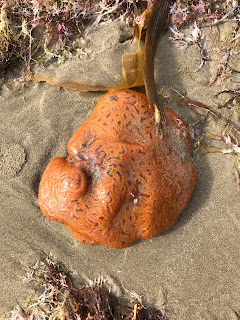 It was also a nice enough day for us to get in our first swim for the summer.

So yea, I’m slowing down in my adventuring because of the pups, but you just gotta look at that face and you’ll understand, right? 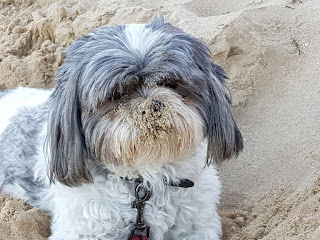 Maybe I’ll get away next weekend, in fact I feel confident that I shall …