So I spent some time thinking about last weeks Goldilocks Loop, and my overall conclusion was that it was too long with too much climbing.

So I decided to have another go, at a shorter loop in the Northern section … 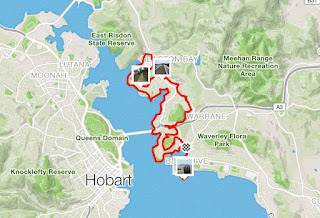 Specifically I wanted to look at the option of heading over and around Rosny Hill, Gordons Hill and Natone Hill rather than having to head all the way out over Pilchers Hill.

So I started near the Rosny skate park and rode up through the park to the Bastick Street / Riawena Street junction and from there headed onto the Rosny Hill Circuit via the Haven Court entrance.

In hindsight, there is no curb onto this track for bikes and with a new house being built next to the switchbacks, I think I’d carry on up the lookout road a bit further and join the track there.

A clockwise circuit of Rosny Hill is always a nice ride.  I avoided the illegal trails that climb you up and descend you back down again and exited via the gravel switchbacks onto Montagu Bay Road before climbing  back up to the Riawena road junction (again in hindsight I’d just do the full circuit and avoid this little climb).

Little known fact: If you follow Montagu Bay Road to its end near the Church of Jesus Christ of Latter Day Saints, you can actually duck out onto a little track that runs beside the highway back down to the Swimming Pool Centre (it’s a bit rough at first, and its hard to see the entrance to this track until you’re right on it).  From there you just use the overpass to get over the road.

I was in new territory here as I wanted to find a legal way to get to the Gordons Hill trails as you are not supposed to go through the school.  After looking for some southern entrances, I actually found that if you descend down onto the highway and then cycle up the road to the City View Motel, this road continues around past the hotel and into Gordons Hill.

Finding this entrance made me very happy. 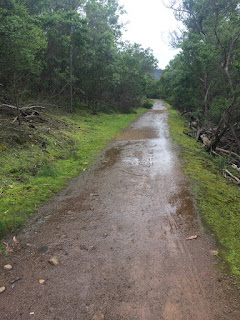 Realising that the trail is still closed to bikes (despite being eminently cyclable, and being cycles quite often by the tracks present) erased most of that new found happiness.

But, let’s say it were opened to cyclists … this would open up what I think would be a very cool route around the hill and out onto Marril Street (you can continue around the hill on the trails, but it is steep and not much fun).  Now the trick here is to take the second left into Lindwood Court at the end of which is a small walkway that you can follow through into the quiet Henley Street which you can follow most of the way down the hill. 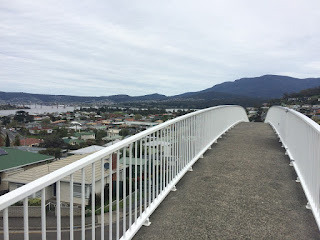 With the added bonus that, by following the path alongside the East Derwent Highway, I also managed to avoid the normal steep climb up onto the Natone Hill Circuit. 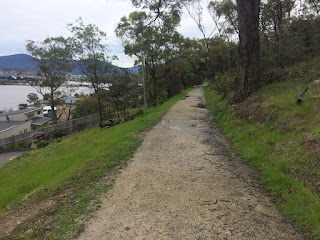 I chose to cycle around the hill (though you could just zoom straight across if you headed onto the trail and rode in a counter-clockwise direction) and from there it was an easy drop down onto the Clarence Foreshore Trail at Geilston Bay for the ride back to my car.

I ended the ride exploring various ways to ride up to the Kangaroo Bay Fort which is a rather cool, and unvisited site just off the clarence foreshore trail … 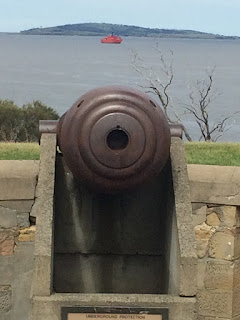 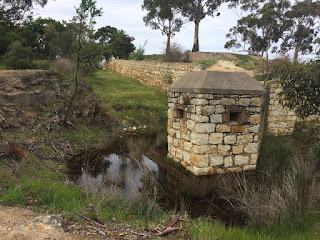 There was much to like about this alternate route.

Although not perfect, it was far easier riding that then previous route with no killer climbs.

Navigation would be tricky in a few places, but not insurmountable.

Finding out that Gordons Hill is still closed to cyclists is however an issue.

I’ll keep it mulling over, but I think I’m getting close to a goldilocks loop.