With such a mighty distance to traverse, we did what any self-respecting bushwalker would do – we had a nice lazy breakfast and read the newspaper (yes, Anthony really did bring a newspaper to read). 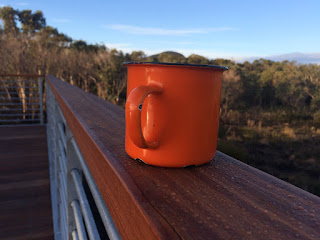 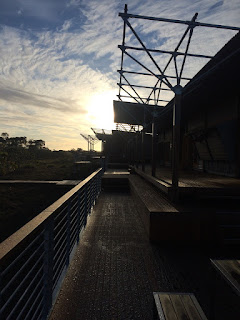 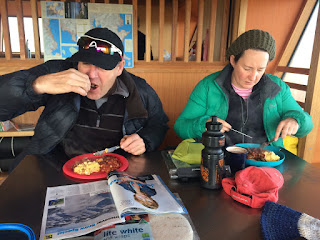 By the time we’d got ourselves ready, everyone else was long gone, but we figured there was no rush to get going and just tootled around, before finally heading off mid-morning. 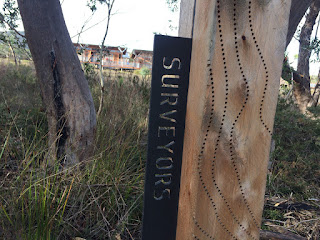 The first bit of the walk from the hut was very easy walking, and with the weather being a bit kinder today we were soon stripping off jackets and taking lots of pictures. 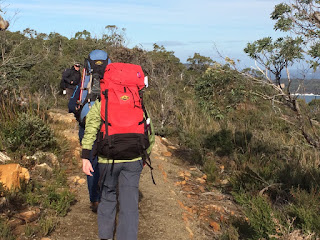 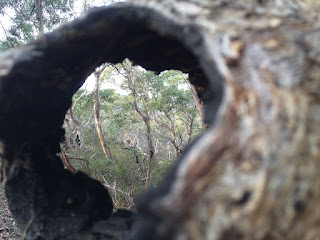 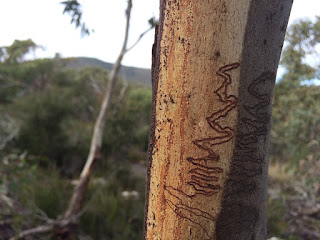 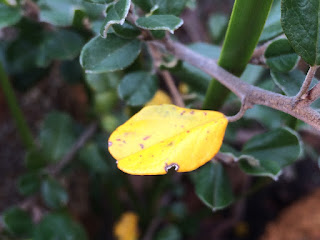 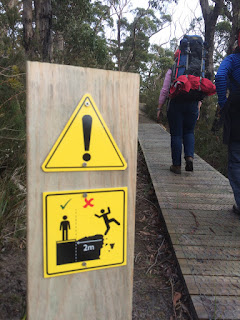 Unfortunately I was the only person who seemed to think this was what the signs meant, so instead of playing SURVIVOR: THREE CAPES we instead took a break about an hour into our walk at a little lookout near the top of the first climb and had a cup of tea while we watched the Young Endevour, or some similar ship, surf its way into Port Arthur on the large swells. 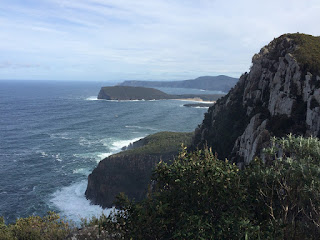 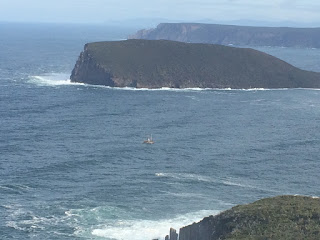 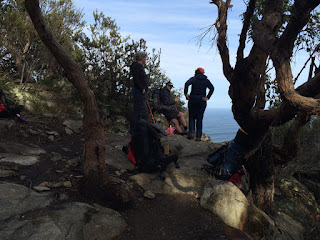 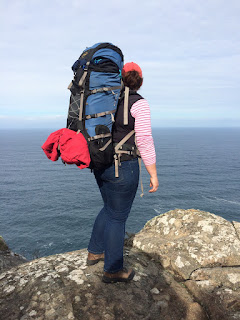 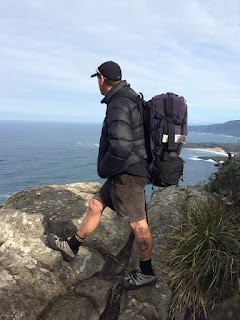 Then the rest of the walk just sort of ‘happened’ as we meandered along the track, stopping off at the various sculptures and rest points, and generally just enjoying the day. 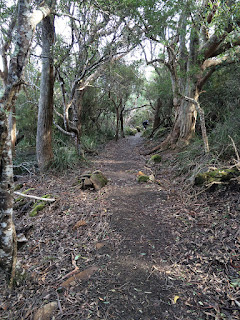 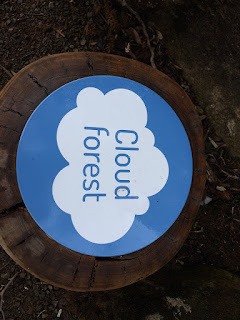 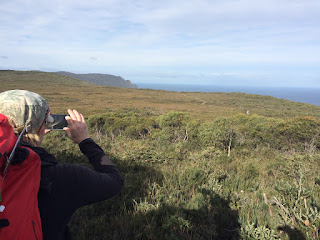 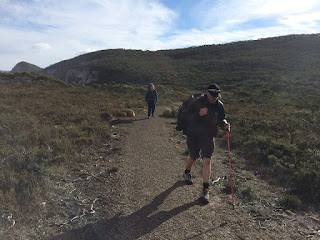 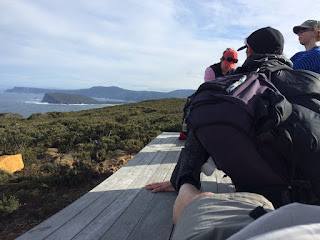 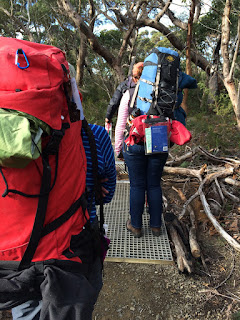 We pulled into the next hut around 2 or 3pm, just as the group in front of us was returning from their walk out to Tasman Island, and in the Tasmanian way of things, we ran into several people we knew in the group.

This hut was pretty cool, with an amazing lookout (Deck chairs included) 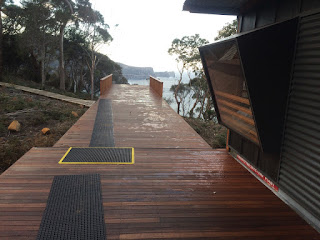 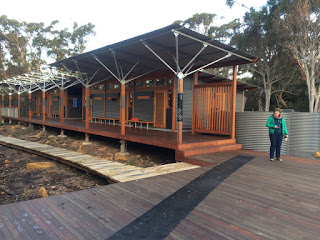 And if I haven’t mentioned it, the facilities in the huts are pretty darn good as well … 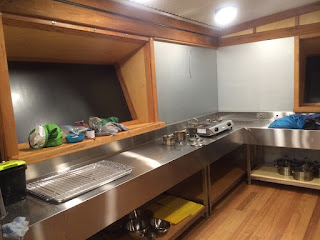 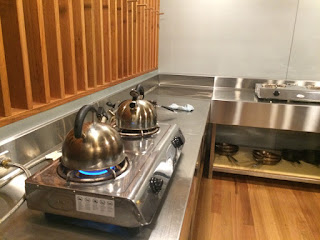 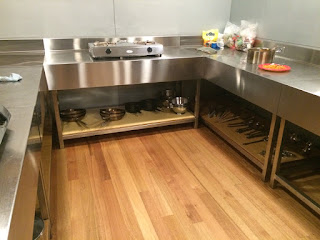 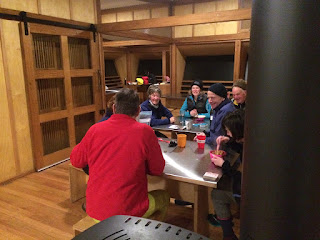 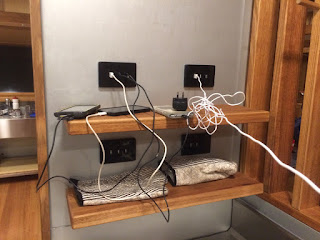 However, despite the many phones above being charged, the mobile coverage here wasn’t that great, alhough as promised by the local ranger, you could get decent reception in the third toilet along.

How’s that for an insiders tip!