If we’d been sitting here this time last week, and you ‘d asked “So, what you up to next week?”  I would probably have replied something boring like “work, work and more work – if I’m lucky I might get some study in“.

Then, at 6.28pm, I received a text (albeit I didn’t read it for another 30 minutes because I was riding home).

It was the sort of text that really catches your attention and changes the whole flow of your week.

Then one hour 36 minutes after that text …. well you know that Surly ECR that I was dreaming about a few weeks ago … I own it. 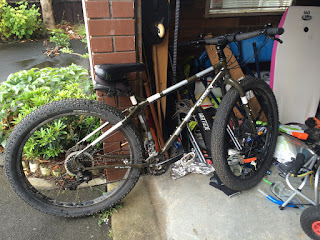