The opportunity was pretty much put to me as “How would you like to attend a three week residential leadership course starting in August?” followed by “… and could you let me know by 5pm tonight?“.

So I thought about it for about as long as it took me to check that I had no other conflicting events in that three week period and that Kim was comfortable that she could manage all the kid ferrying that was required over that time, then I said “sign me up”.

In some ways, I probably should have spent some more time reading the fine print and asking some questions on what would be involved. 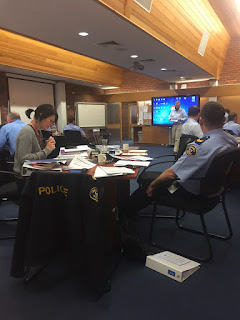 If I’d done this, I would have found out that what I’d actually signed up for was the Trial State Service Strategic Management Course which was essentially the first part of the Tasmanian Police Inspector Training program, expanded to have more relevance to the wider State Public Service.

If I’d really read the fine print I would have found out that the ‘three week course’ was actually just one part, of one study unit, of a Professional Honors Degree in Strategic Management (or some title like that).

I would also have known that it was a residential course (thankfully that bit was optional, albeit useful on some of the longer nights).

I would also have found out that I had to submit a 1500 word post-graduate level essay prior to the course starting, my life for the three weeks I was there would be a non-stop hectic round of seminars, training, assignments and presentations, and then afterwards, as well as catching up on my backlog of life and work, I would also have to submit another 2000 word essay and prepare a major presentation (due in November) with my syndicate to present to heads of agency.

And that’s just the first of four units I have to do over the next year.

I hope that may also explain why you haven’t seen me blogging much lately.

Anyway, ignoring those few issues in the fine print (it was after all a ‘trial’ course) I have to say that the three weeks themselves were life-changing for me.

I could never do those three weeks justice in this blog, but suffice to say that spending three solid weeks examining and re-examining leadership and management, our own personal life philosophies and being inundated with new ideas and ways of looking at the world … well it’s a bit like digging up the old garden, and throwing in lots and lots of new seeds and then wandering around (even months later) seeing all these new plants pop up from the ground and growing.

It was wonderful and transformative.

We got to listen to heads of agencies, senior bureaucrats, university academics, police officers and of course a good share of consultants.  We talked, we questioned, we argued and we were challenged (and OK, occasionally we dozed off).  We mixed with an amazing group of police and civilians, we drank coloured cordial, instant coffee (for three whole weeks!) and ate good old hearty fare cooked up by the police academy kitchen staff. 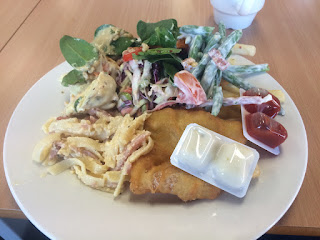 We also got to attend one of the police officers’ formal functions, which is definitely something I’ve never experienced the like of before, and there were just so many amazing one of experiences I won;t even try and recount them here.

Attending an intensive residential leadership course was one of my bucket list items to do it life.