Have you ever played one of those picture games they used to have in newspapers and magazines where you have to see if you can spot a number of very minor differences between what are otherwise two nearly identical pictures?

… and so you can see how this works, one difference is that one is green and one is grey.

Did you notice the other difference?

One is a completely fictional route profile which seems to indicate a nice smooth and gentle climb of just under 100 metres over 8kms, and the other one shows the much nastier reality of multiple climbs and descents. 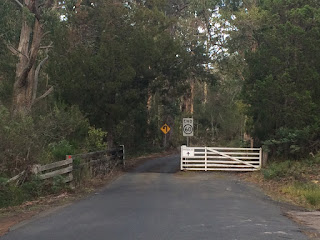 To be fair, the organisers have flagged these as obstacles in the course notes, and overall I think they have actually selected a rather awesome course for the road bike section of the event as it is a course that will reward strong legs and hard work and which will penalise those of us that have neither of these things and find ourselves slipping into our easier gears just to survive.

In short, it’s a good race leg that will sort the racers from the survivors … and it also has some pretty awesome views along the way: 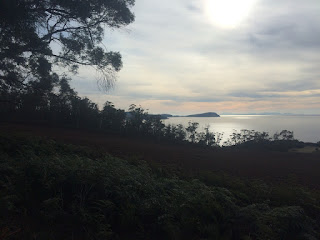 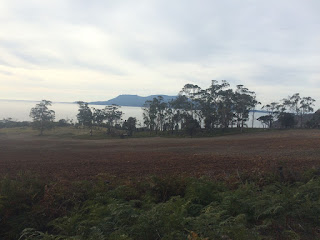 I’m anticipating having plenty of time to enjoy those views.

Unfortunately the course turns around just before we hit the gravel which is where I’m sure I’d shine. 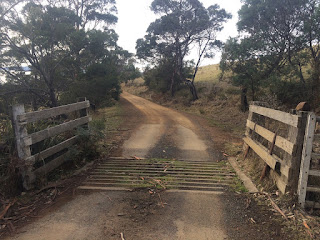 PS. my advice (other than to expect lots of climbing) is to pack a spare tube in the rear pocket as it would be very easy to get a pinch flat on those obstacles.

Also be aware that coming down the big hill on the way back from the turn around point that there’s a couple of roots under the road which lead to some nasty little holes.