I have a problem.

I seem to have an inbuilt need to destroy myself.

Whether it’s boot-camps or competing in fun runs and mountain bike races, there always seems to be a point where I’ll decide I can do more.  It’s a point where I know that although I can’t ever win a race, I can win a bit of it … so I’ll utterly destroy myself doing so.

Then I’ll usually collapse into a heap and die in my own private world of pain.

I’m a bit worried that this may have been my week of destroying myself in the commuter challenge, which means next week … I crash in a heap and die.

But that’s next week.

This week the news is that it’s school holidays, which means no kiddy pick ups, and so I didn’t just manage my target of three commutes, I didn’t even chalk up four commutes … nope,  I chalked up five commutes in a row, the clean sweep, and I even commuted home the long way on Friday night (via Cambridge and Acton) in order to chalk up two hundred commuting kilometres in the week … 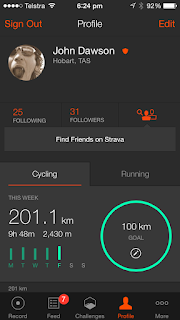 I also like the fact that I spent nearly 10 hours on the bike this week just commuting.

What did I say about destroying myself?

The week only had a few highlights worth mentioning.

I only had one motorist wind down their window and scream “get off the f*cking road you c*nt” and no really close encounters … which was much more pleasant than usual.

Balancing that on Tuesday I let off my own bit of vitriol as I passed a group of cyclists riding across the bridge well after dark with no lights and no helmets.  The kind of cyclists which give the rest of us a bad name.  So I let them know my thoughts about that. 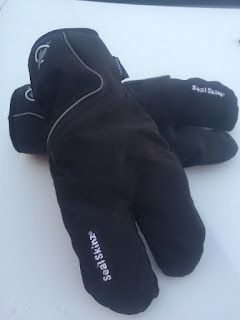 but unfortunately, although toasty warm, you try using a flight deck gear switching system on a road bike with those big boys on.  Yep, they were thrown back into the storage box on Thursday night.

But probably the biggest excitement of the week was this … 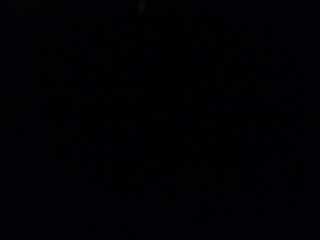 This, if you haven’t already figured it out, is what Roche’s Beach Road looks from a bike like at 37km/hr when your front bike suddenly blacks out.

Note to self: that clever idea of only pushing the power cable together lightly so it’s easier to unplug and recharge each night doesn’t seem so smart when it unplugs itself at 37km/hr at night.

The end result of my mega-week is of course a weekly win to me.

It also means that I jump to 15 on the point score while winter remains on a pitiful, embarrassing 10 points, and who cares about the medium race difficulty unless … well I crash and die next week as predicted.