Skip to content
I was given lots of travel tips about coming to Japan, but there were also some gaps in what I was told as well, and so I thought I’d enlighten you to a few things I wish I was told about Japan … 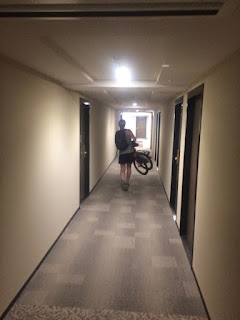 Firstly I wish I had been told how frickin big railway stations are, and that you can’t just leave bikes on streets in many cities.

Kim and I are very over packing and unpacking our bikes and gear at every train station and every hotel.

Another of the problems we hit when we were over here is that the power plugs don’t have earth pins (ie. they only have two pins that plug into the wall, not three).
We hadn’t considered the implications of this until we were over here and realised that this meant our adaptors also only had two pins that go into them … which was a problem because my (sorry) Kim’s Macbook Pro has three pins which wouldn’t plug into our adaptors…. and we were staring down the barrel of having to ration pineapple’s 8 hours of computer battery over two weeks.
We wasted many hours solving this problem … searching the internet for solutions (there weren’t many useful solutions provided), we considered a trip back out to the airport to see if we could find a three pin adaptor there and we even hunted down an Apple Store in Tokyo to buy a Japanese power supply … But then ran back out again when we found out the price ($100+ dollars just for a power cable).
Finally our hotel concierge suggested we try a large electronics store down the road, and sure enough on level 6, hidden away in a crowded aisle, we found our three pin adaptor for the bargain price of around $5.50.
But we’d wasted hours doing so.
Another thing I wish I’d known about is the strange way that “free WiFi” seems to work in Japan.

For example, today we got to the train station and I realised when we got there that I’d figured out how to get to the wrong station (I’d planned on going to the the shin-onomichi station not the onomichi station -what a beginners mistake)

Suddenly having no idea how to get onto the right train, I went in search of some free internet and found it … But, as I say, free wifi has a catch over here  – you need to pre-register for it. 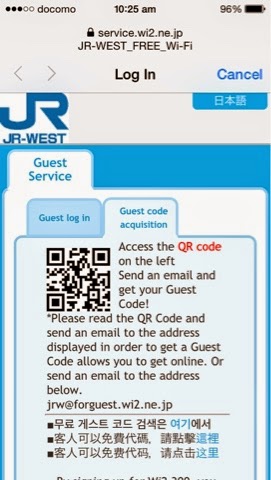 You either needed to scan a QR code … which as it was on my phone screen was obviously unscannable by my phone, and even if it was scannable, it wouldn’t work because I didn’t have internet access.

Just for the record, one of the benefits of having our own bikes is we were able to just catch the train to the wrong station and then cycle to the right station which was only on the other side of town.  That’s how we’re solving things in Japan.
Another thing we’ve discovered is that our Japan Rail Passes (costing $500 each) are brilliant – but not quite as brilliant as we’d been led to believe.

They did get us into Tokyo, and allowed us limited, but sufficient, travel around the city (they work on the JR train loop around the city, but not on the tram systems)

We’ve also discovered that the Nozomi fast trains (running south out of Tokyo) are now nearly ubiquitous … and you also can’t go on them with JR Rail Passes, meaning we’ve often found ourselves waiting an hour or so to get onto the next JR Pass train, while Nozomi trains have been taking off every 10 minutes.

The Nozomi trains also seem to go all the way through, whereas we’re finding we need to change trains on our tickets (which takes us back to how frickin’ big train stations are when you’re carrying two bikes and all our other gear).

Offsetting these negatives, there are also some things I wasn’t told about that we’ve come to love about Japan.  For example, I love these: 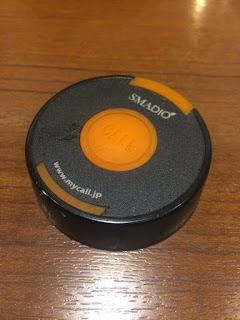 What is it you ask? they’re a ‘please come serve me now’ button that we’re finding at many of the cheaper restaurants.
I mean how many times have you sat in a Tasmanian restaurant wishing a bloody staff member would come and take your order or check up on how the drinks are going?

Did you say practically every single time?  yes, you did.

These buttons solve all that hassle, because when you want a waiter, you press the button and they appear … Anyone who knows me will understand just how much I love this button.

We’ve also come to realise, and accept, that Japanese are as likely to go out to an Indian, Chinese, Thai or even Australian restaurant as we are in Australia … and so we’re now having a great time just trying all the different cuisine’s.

Food is generally really good here in Japan, although at lunch today I was seen to dip my chicken and wedges into what I thought was a sauce in a small black bowl … only to find that this was in fact my mango dessert. 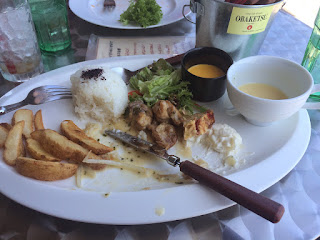 I guess that serves me right for chuckling at a girl the other day who got a cooked english breakfast from the buffet and then smothered it all in blueberry jam.

So those are the ups and downs (so far) of Japan.