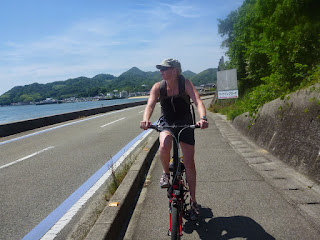 You don’t have to wear a helmet when riding a bike.

What’s even cooler is that this seems to work really,  really well.

You see there’s a whole class of cyclists in Japan that we just don’t see in Australia: Normal people.

Yep, people of all ages, in normal clothes, on bikes, pootling around doing their shopping, going to school, or just getting from point A to B. 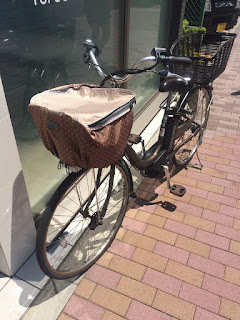 There are still the lycra clad, helmet wearing, strava chasing cyclists hurtling around on the road as well, but they’re in the minority … sort of like in Australia, and I also stress – pretty much all of them are wearing helmets.

People seem to be making a decision as to what’s best for them and when they need to wear a helmet.

Maybe we could learn from that. 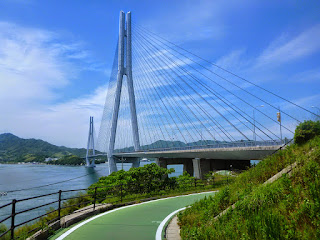 Now I’d only found out about this place about a week before we flew over here, but the very idea of it just excited me … somewhere just north of Hiroshima (well just north by high speed train), they’d built seven bridges to link together a series of Islands, and then, because they’re Japanese and they can, they’d built super-duper dedicated cycle lanes on all the bridges and then linked them all up to create 70kms of dedicated cycleway from one end to the other. 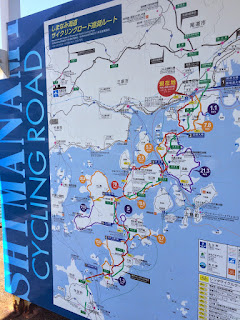 I mean why not?

Just the engineering cost of the on and off ramps for cyclists on each of the bridges must have exceeded Tasmania’s annual expenditure on roads (never mind cycling infrastructure),  with some of the on ramps stretching for 1.6kms of perfectly graded, concreted, walled trail often dug 3 or 4 metres into the ground.

Then because that was too cheap, they went off and paved a whole lot of the cycleway as well … 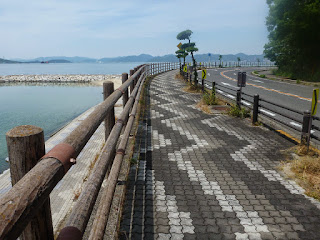 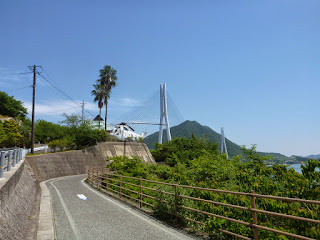 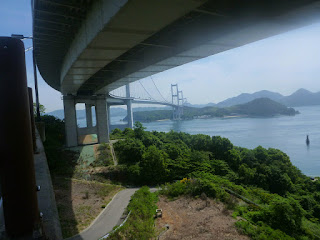 And then there was the signage and navigation aids, and I have to say that they employed what must have been one of the simplest and most effective navigation aids I’ve ever come across on a cycling route … they just painted a big, blue line the whole friction’ way with arrows and distance markers thrown in for good measure …

No worries about taking a wrong turn because of a missing sign anymore … if you’ve been cycling for more than a 100 metres and you haven’t seen the blue line … then just turn around. 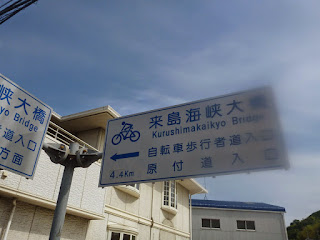 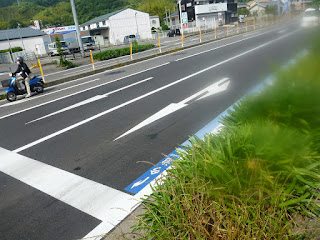 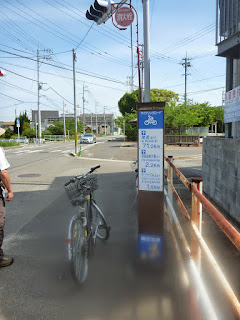 Yep, we quite literally just cycled out of the train station in Imabari City and then followed the blue line for the next 80kms (the ’70km’ route actually starts at the first bridge 7 kms into the ride, hence the extra distance).

There were only two spots on the whole trip where we actually had to look at the map (free maps in english are available everywhere, plus if you have an App like Maplets you can just download a GPS enabled version of the map to follow on your smartphone (again in English).

Of course, there is one final element to a perfect trail, and that’s the place you ride through … and boy oh boy does this ride have ‘place’ in spades … 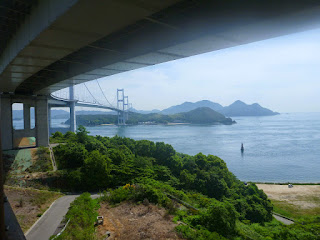 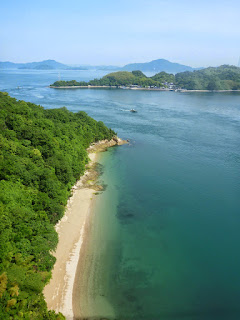 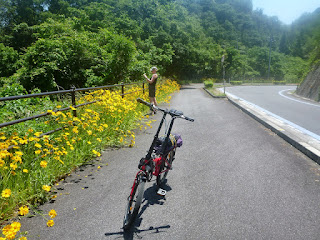 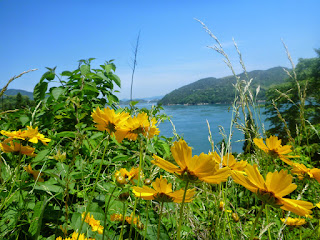 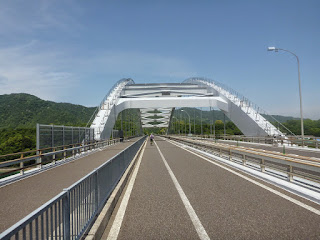 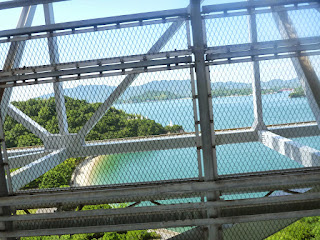 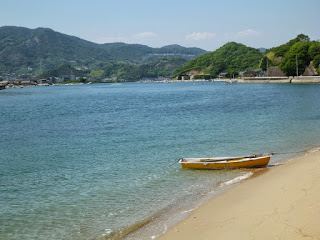 And to top it all off, the riding it pretty darn easy.  Admittedly our GPS showed we covered around 80kms (not 70 as promised) and there’s plenty of  climbing up onto the bridges, but overall we managed this ride in around five hours (with stops) on our 7 speed Dahon folding bikes and still had the energy at the end of the day to ride up to our hotel room, which was at the top of the highest point in Onomichi City (and this time I don’t exaggerate).

We loved this ride, even though we actually made it harder for ourselves by bringing our own bikes and therefore found we have to book one day ahead and catch a special bus at 7am to transport our folding bikes to the other end (it’s sort of set up for you to hire a bike at one end and then drop it off at the other end – check out the webpage).

We also love our little hotel on top of the hill (so much so that we came for a night and three nights later we’re still here).  It has a great Thai restaurant and it’s the first room we’ve stayed in that has actually been bigger than a matchbox. 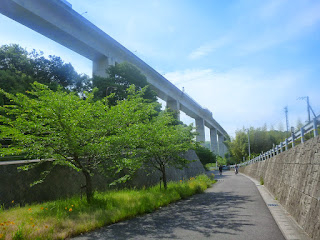 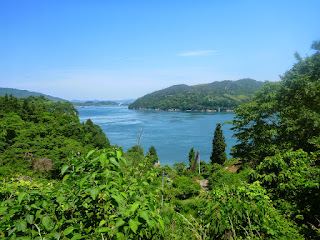 My only complaint about the whole ride is that because I wasn’t wearing a helmet, I’ve now got a terribly sunburnt forehead.