Well that was before visiting ground zero at Hiroshima and seeing the impacts of that day.
I may have had a tear of three come to my eye as I wandered through the Hiroshima museum.
But that’s just a maybe and will be hotly denied if anyone tries to hold me to it. 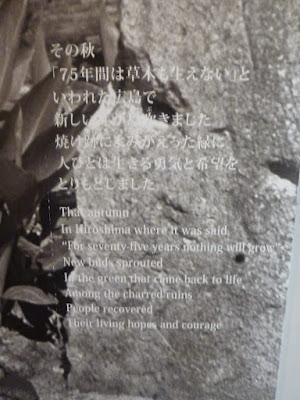 Not sure if you can read the text above, but it says in the first autumn after Hiroshima it was said that nothing would grow back at ground zero for seventy five years, but then the first new buds sprouted soon after, and in the green that came back to life among the charred ruins, people recovered.

In my vernacular – that plants return was very, very cool.

But … here’s the crux … imagine the Hiroshima bombing happening today in our world of TV war and clinical battles. 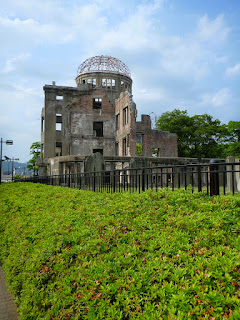 Imagine an ally, or an enemy, deliberately sending a bomb like that aimed at the civilian population …

Then ask yourself … would it be right or would it be wrong? Could Hiroshima ever be justified again?

I’m troubled by the fact that in my mind it could be … and I don’t know if that is just a sign of my frustrating world view which always see’s things from many different perspectives, or whether it says something about me that I may not want to hear. 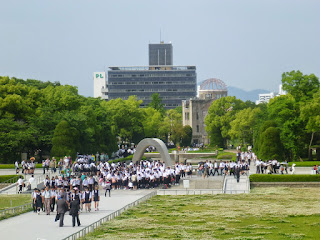 Regardless, Hiroshima has made me think.

As we’d say in Australia – Lest we forget.