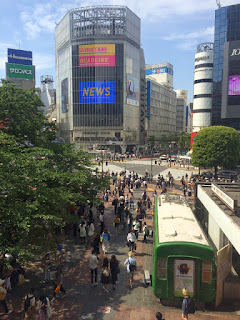 Turns out it’s quite big … and there’s lots of people there. 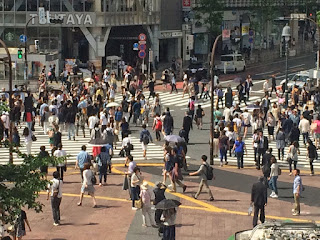 I mean lots and lots.

Lucky I’m so good at not getting lost, because some of the signage isn’t that helpful … 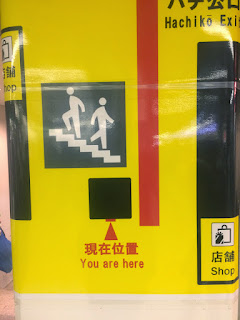 We didn’t really have a plan for what to do in Tokyo, so we just wandered.
We headed out to Ueno first and wandered out through the park and into what was meant to be a cool section of old tokyo, but to be honest, I just saw streets and lots of houses. 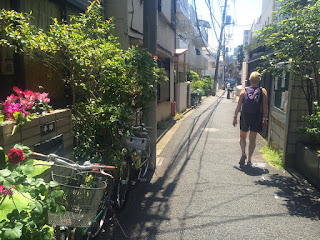 The park was cool though. 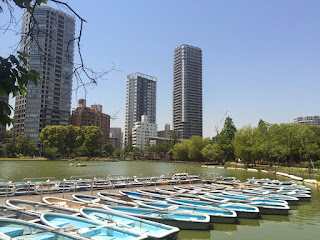 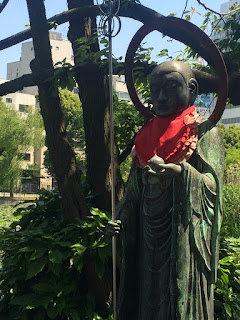 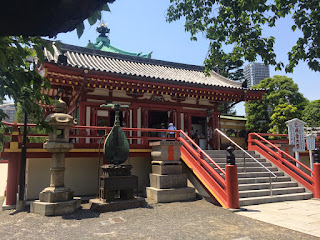 From there we headed around to Shinjuko train station  (it’s probably not spelt anything like that but I can’t be bothered looking up its correct name, so let’s go with that) which is the busiest train station in the world, and I basically just wandered around being blown away by the sheer mass of humanity that was there. 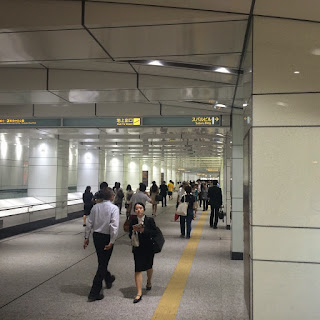 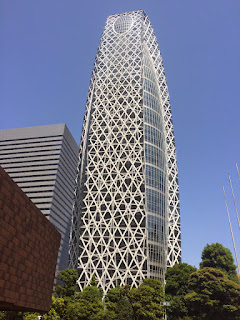 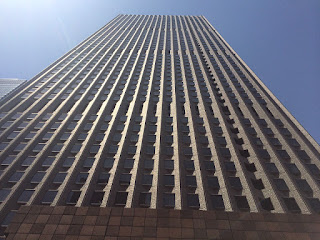 … at least until Kim reminded me that she wasn’t enjoying my passion for studying humanity quite as much as I was, and that she had a blister to boot … and so we left.
Next we went to where I really wanted to go: Shibuyu Crossing so I could watch lots of people crossing the road … and then join them and do it myself. 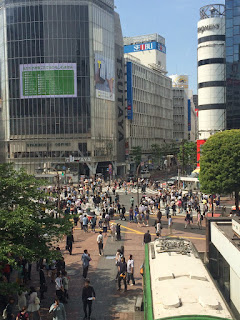 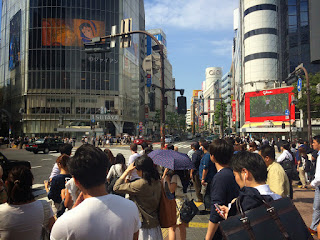 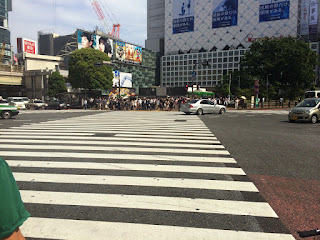 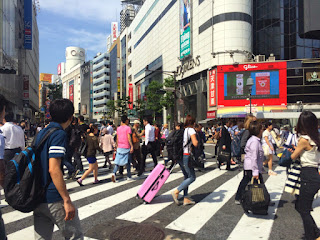 Truth be told I’ve heard that a thousand people at a time cross each time the lights change which must be half of the Tokyo population which is just amazing.
I liked this junction so much that we went back again at night and explored the area after dark. 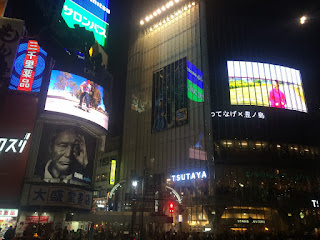 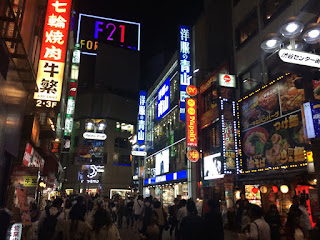 It is definitely better after dark.  It feels exactly like what we expected Tokyo to be like … and that was awesome.
On less awesome fronts, I confess we remain Japanese menu challenged … in fact tonight we were  a downright embarrassment to Australia as we ended up eating at the Outback Steakhouse.
I hang my head in shame.