So in my mind the Japanese train system was meant to be this amazing futuristic system that almost instantaneously transported you from point A to B with no stops or changeovers.

Other than that I had no expectations though.
What I also hadn’t taken account of is that Japanese train stations are huge, and that makes lugging two heavy portage bikes and all of our other gear somewhat painful. 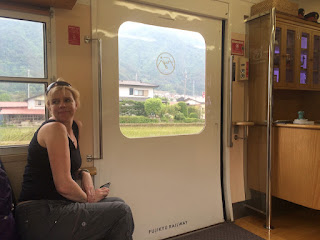 It basically took us most of the day to get from Tokyo to Mt Fuji, and I blame that on the fact that, despite my expectations, not every train in Japan is apparently a high speed express train that travels at 600km per hour directly to where I want to go.
In fact, as we got further from Tokyo, the trains got more and more basic, the english signs and voice overs got less and less and by the time we were at Takoa we were basically on our own guessing which train to get onto next.
Then the final insult occurred when we went to get on the final train to Mt Fuji only to find it was one of the private lines not covered by the JR Rail Pass, meaning we had to fork out $30 or $40 for train tickets to the end of the line. 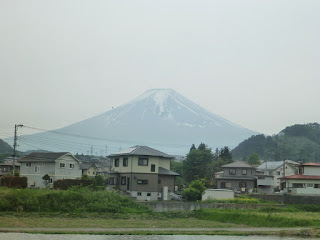 Talk about a let down. 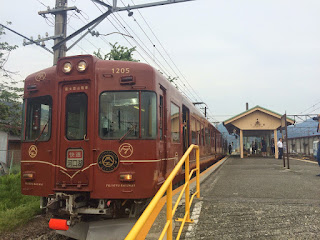