Skip to content
So I don’t like to admit it publically, but I’ve kind odf fallen for Kim’s other little monsters. 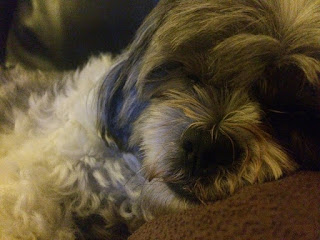 Yes, I’m now that guy you see walking the streets on cold and dark winter nights with two little dogs running around his legs, sniffing and pissing on everything in sight while you think to yourself “I bet his girlfriend bought those dogs”. 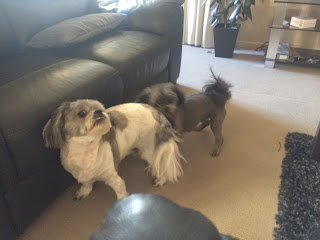 I’m also a huge fan of the show “The Checkout” on ABC TV, for the same reason that I’m a member of Choice – I like to know my rights (The Checkout, if you don’t watch it, is basically a show about how advertisers encourage (some would say trick) you into buying their products and it covers a lot of stuff on consumer law and your rights).

I also like to be entertained, and in the main, the Checkout does this superbly (albeit this third season is not quite hitting the mark for me yet).

So where are these two lines of thought taking me?

They’re taking me to these … 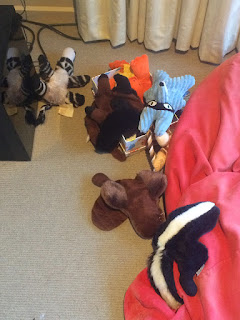 You see, Ollie has his routines and at around 7.30pm each night, he’ll trot up to the couch with his choice of toy for the night and for the next fifteen minutes he likes us to play “wrestle” or ‘throw and find’ the toy as it is randomly thrown around the house for him to collect. 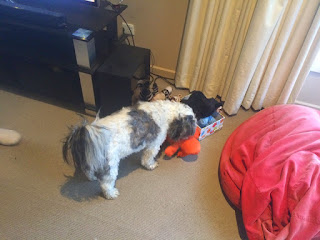 Ollie likes his toys so much in fact that for Kim’s birthday he bought her four new ones so she could have the pleasure of playing with him.

Ollie is a good present buyer, and I intend to follow his thinking in future years.

But here’s the question I want to ask … how long should a dog toy last? 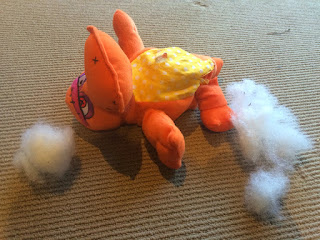 Under Australian Consumer Law anything that is sold should be ‘fit for purpose’ so if we fork out between $5 and $20 for a ‘dog toy’, bought in a dog toy section and with a dog toy tag on it,  I’d say there should be a reasonable expectation that that toy would last a few weeks, maybe even a few months …

Does that sound reasonable to you? 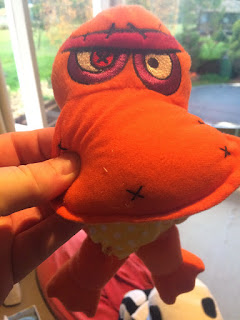 How about a couple of days?  does that sound reasonable?

Ollie’s toys are now lasting approximately 10 minutes before their insides are on their outsides and Ollie is triumphantly destroying whatever it was inside them that went ‘squeak’. 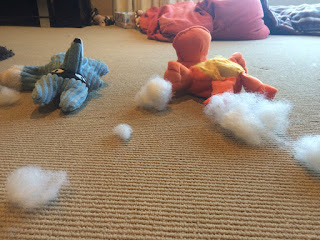 But 10 minutes, surely that’s not reasonable?

The problem is, who’s got the audacity to walk back into a dog store or (even worse the Reject Shop) and demand their $5 back on a smelly, ripped up destroyed toy whilst keeping a straight face as you argued that honestly it did only take 10 minutes for this to happen?

I don’t think I could do it … which is what I’m taking the easy road … and just budgeting for a lot more toy purchases. 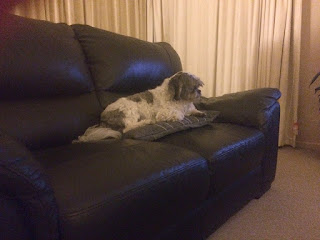 They should put that on The Checkout.