I’m getting old and lazy …

You see, I’d been looking forward to this Easter Break for ages and had made great plans to get away and explore …

Except … as most people who read this blog would know, when I say “made great plans“, I more mean “figured I’d head up either the North West or the North East and go riding … or paddling … or something“.

However this brings us to the old and lazy part … as the Easter Break got closer and closer, I kept looking at the weather forecast (which was for rain) and thinking “I don’t really feel like driving for four or five hours to just sit in the rain …” and that’s how I found myself at 8am on Good Friday still lying in bed deciding whether to head east or west … or just roll over and go riding somewhere next Easter. 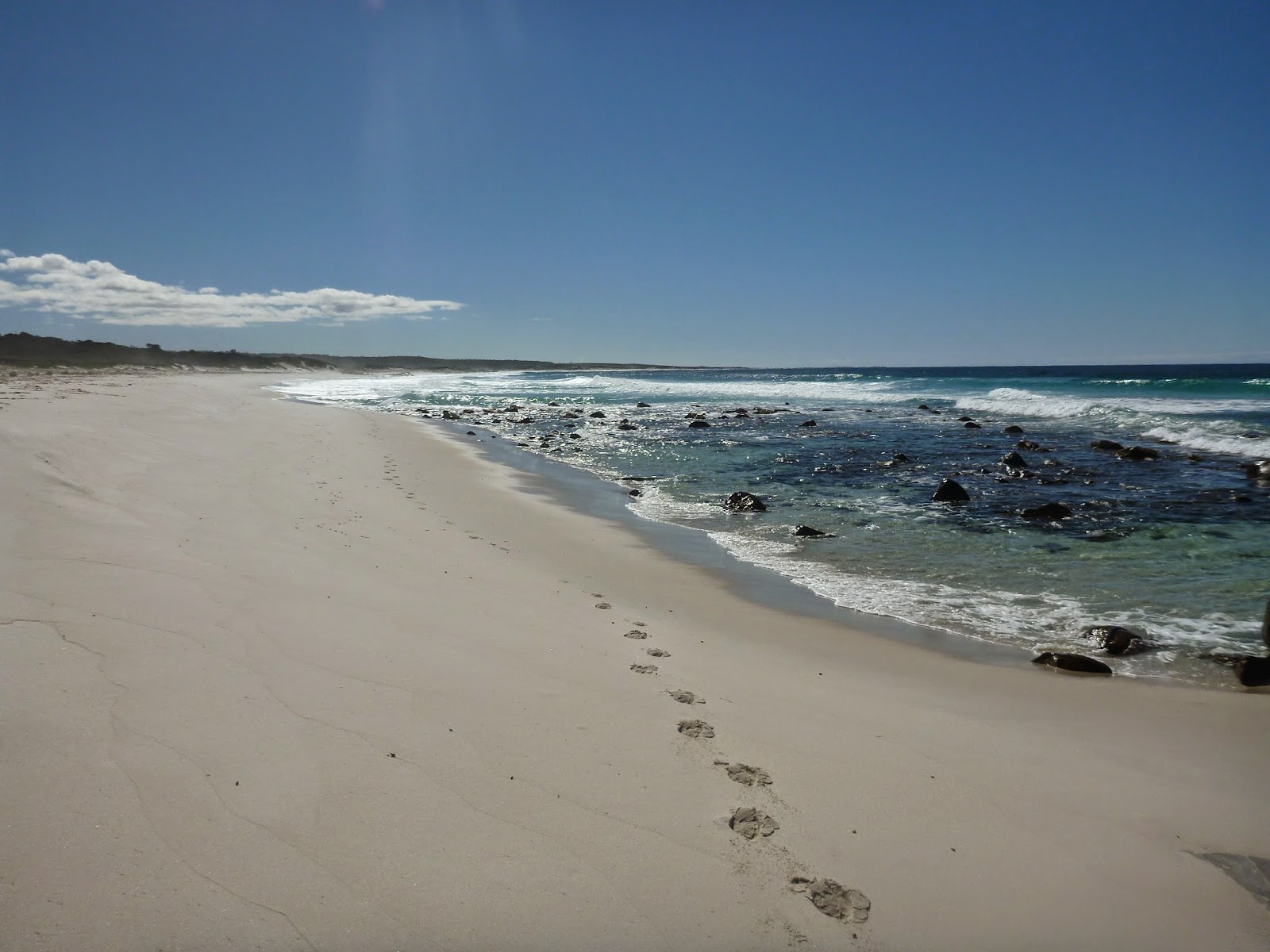 Then something flicked over in my head and about four minutes later (the car was packed, it was just me that wasn’t mentally ready) I was in the car turning left out of the driveway and heading up the East coast.

And that’s how these things happen in my life.

Somewhere between Lauderdale and St Helens, I settled on the option of driving out to The Gardens and taking the fat bike up the coast towards Police Point.

On Google Earth this section of coastline looked eminently ridable.  What I was less sure about was whether I could actually get out onto the coastline or whether I’d find myself at The Gardens confronted by a bunch of “Private Property – Ramblers Shot” signs. 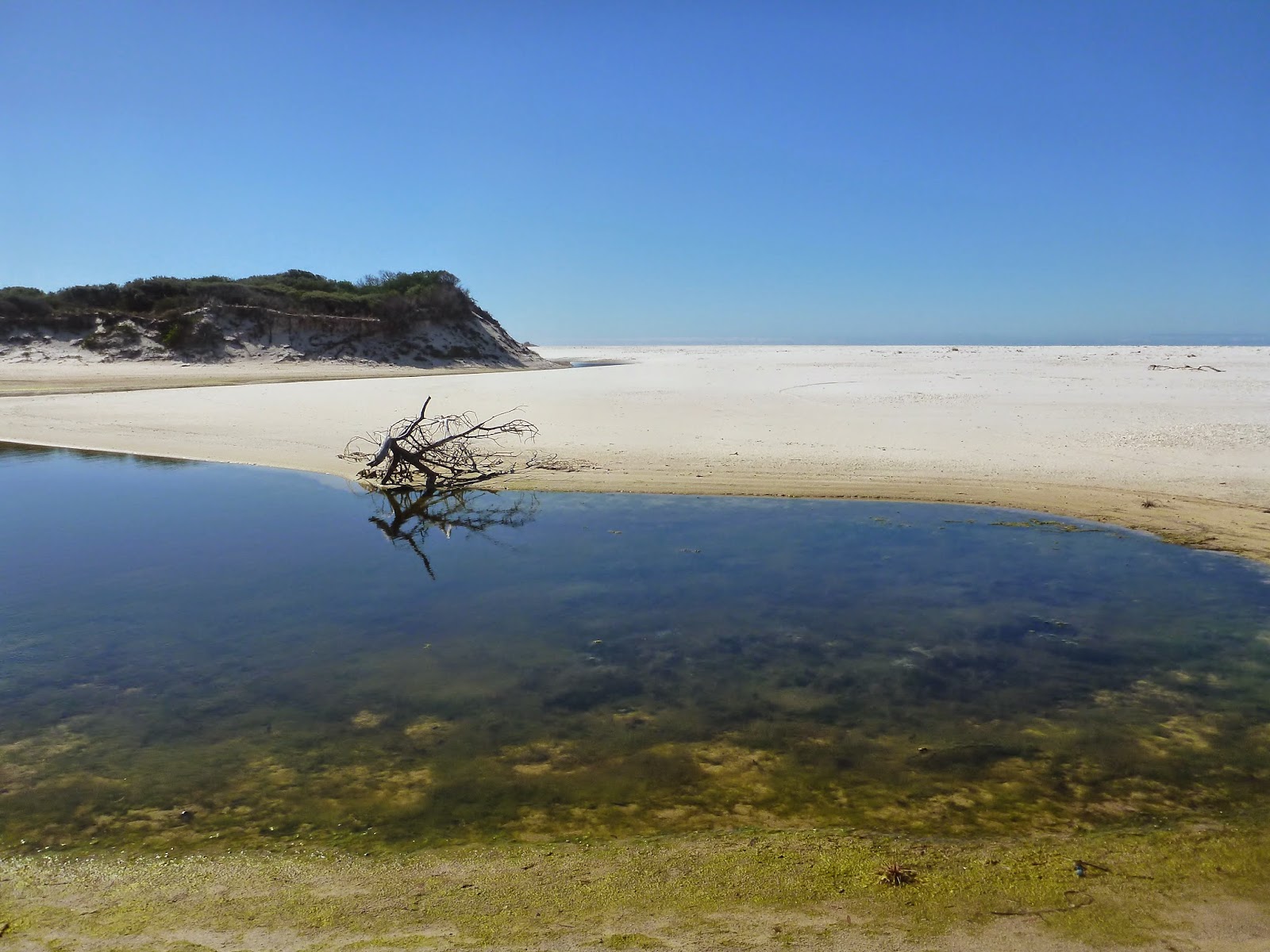 You see, here’s a strange thing – although I’ve been to the Bay of Fires lots over the years, I’ve never actually been all the way to the end of the Gardens Road and so I didn’t know.

Fortunately, it turns out it was the latter … 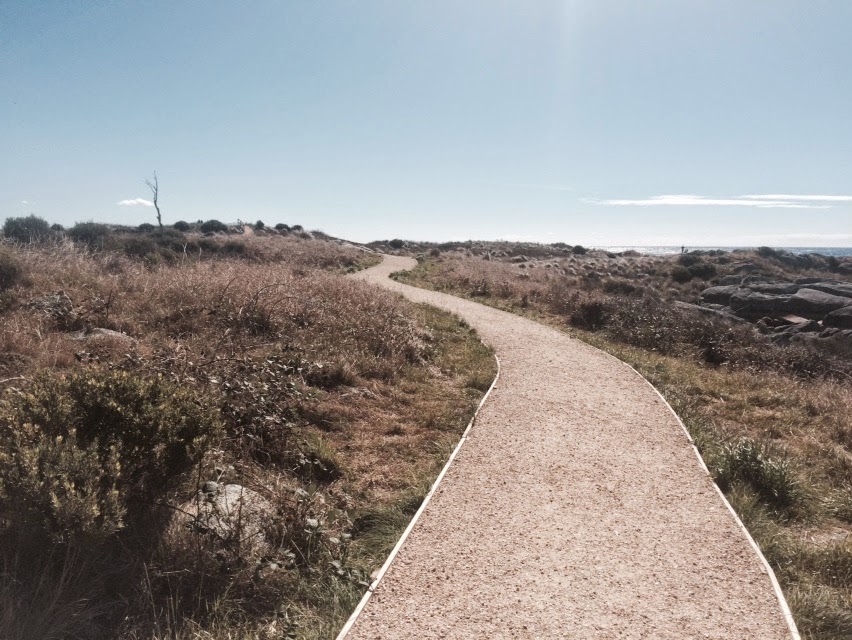 In fact there’s a carpark, a great lookout, a pathway to the beach and even a cafe of types selling coffee at the Gardens, which means … I was off … 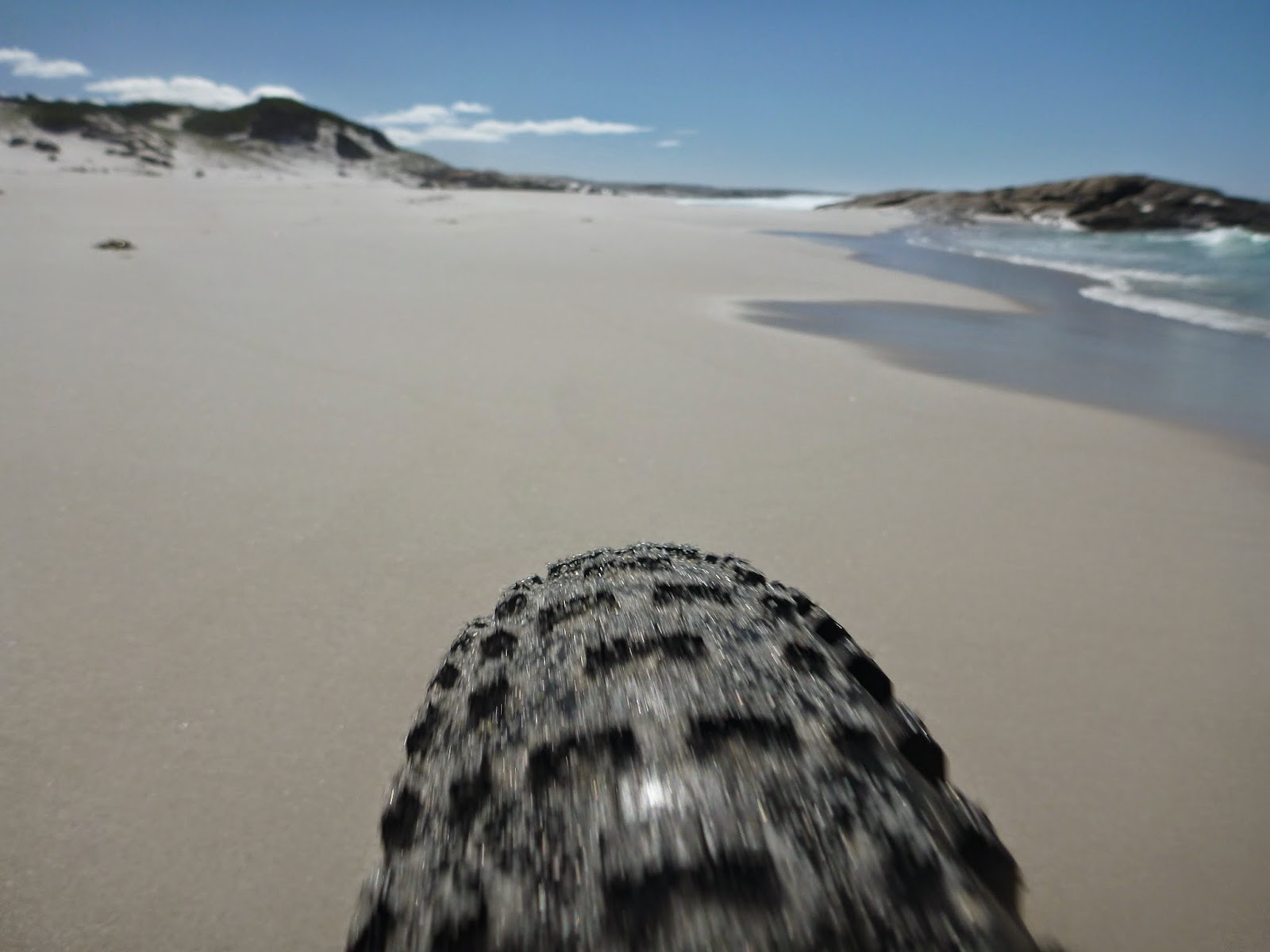 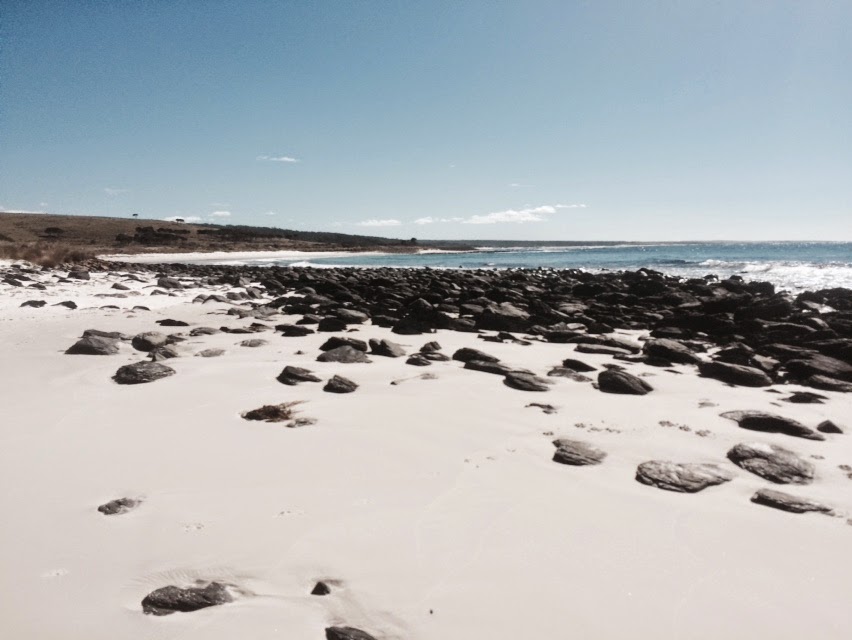 Then I was off again … 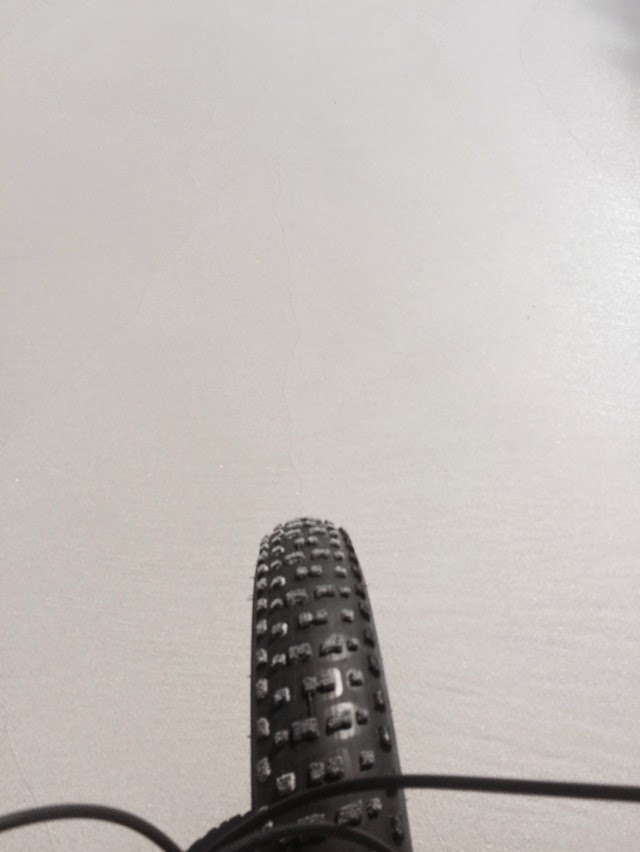 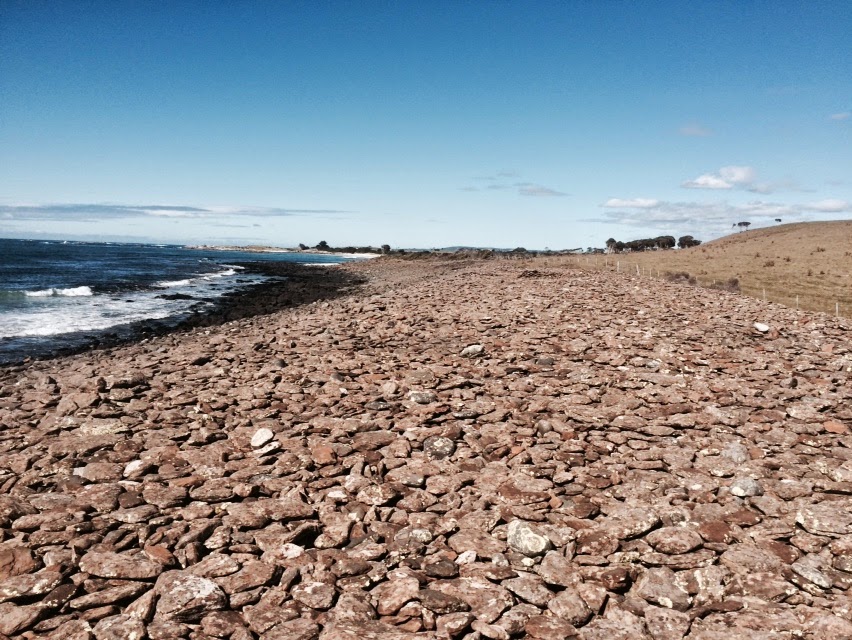 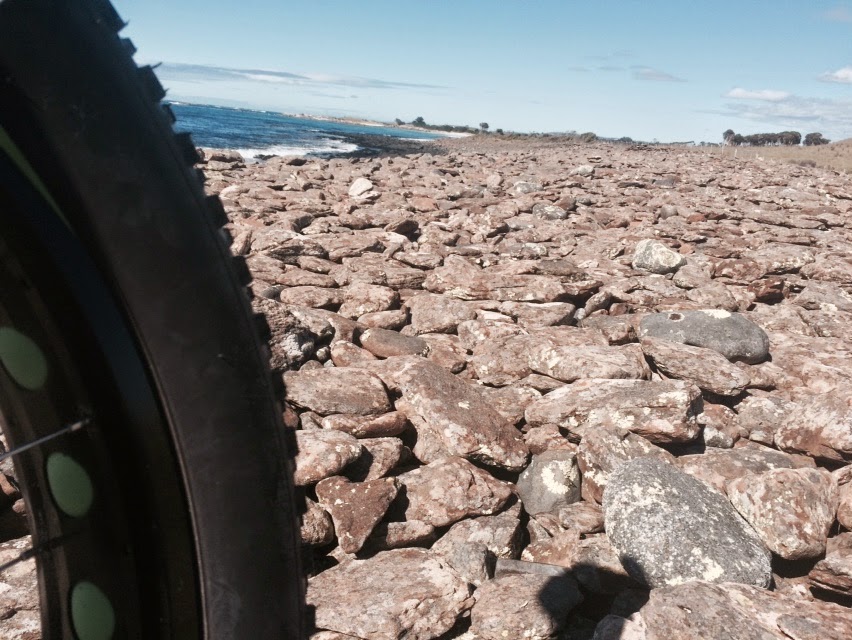 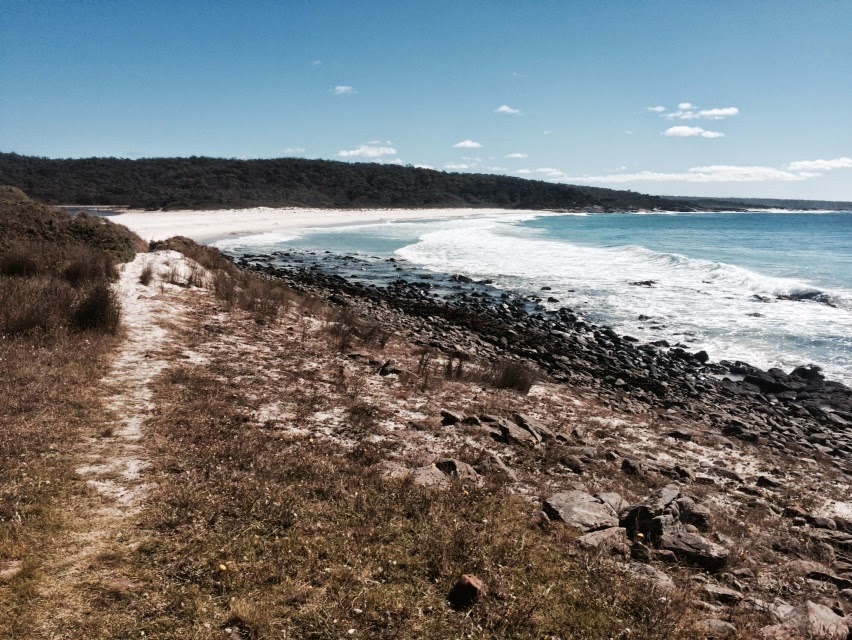 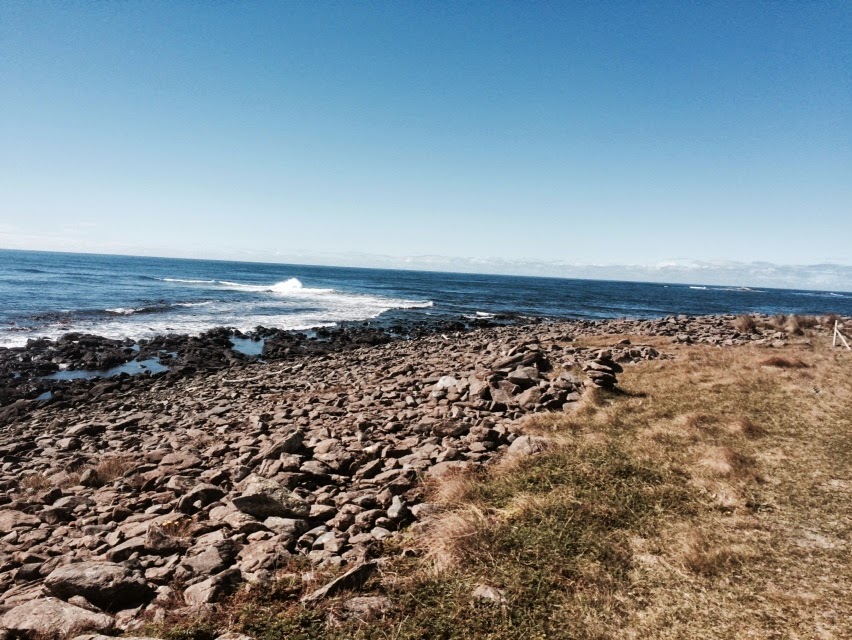 Fortunately I was actually able to ride over most of those rocks (I love fatbikes) but an obvious pattern was emerging … beaches have ends, and those ends aren’t anywhere as near as easy to get through as Google Earth may make them appear.

The end of the next beach (which was a bit longer) got serious, and before I knew it I was pushing and carrying my bike through little back tracks and then I was out doing some serious rock scrambling. 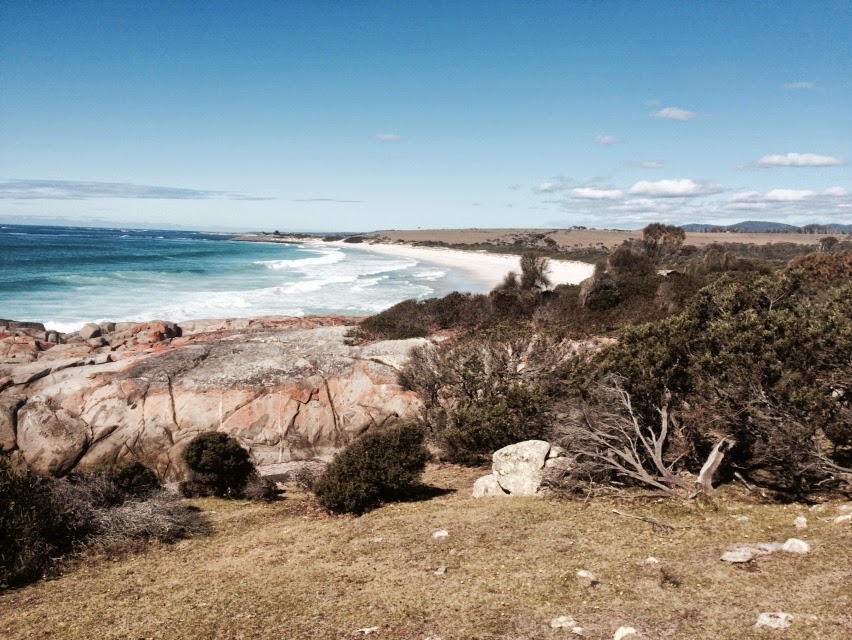 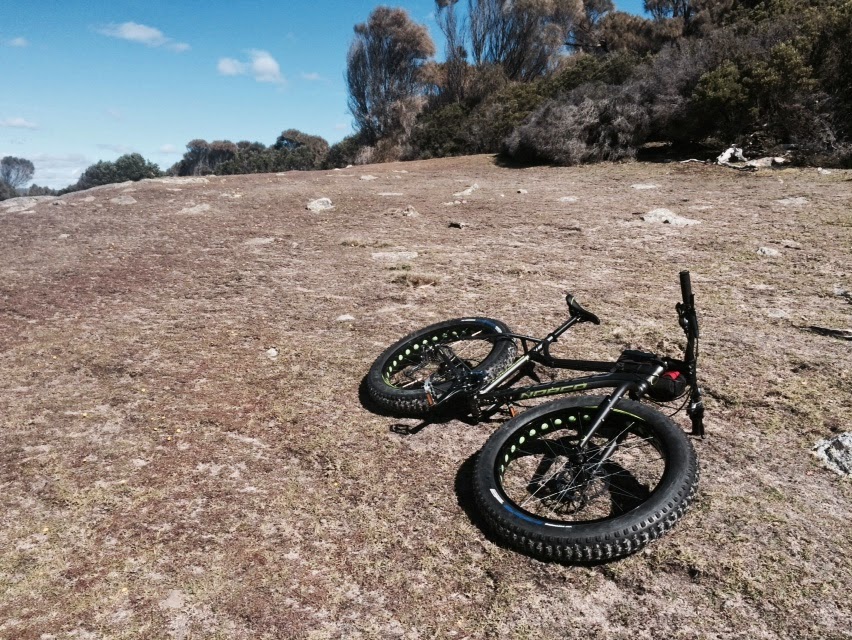 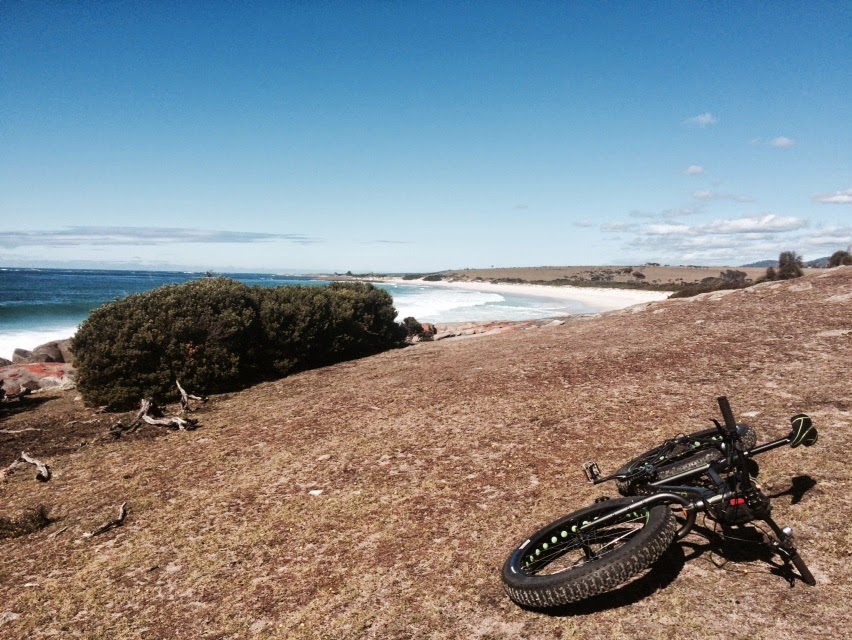 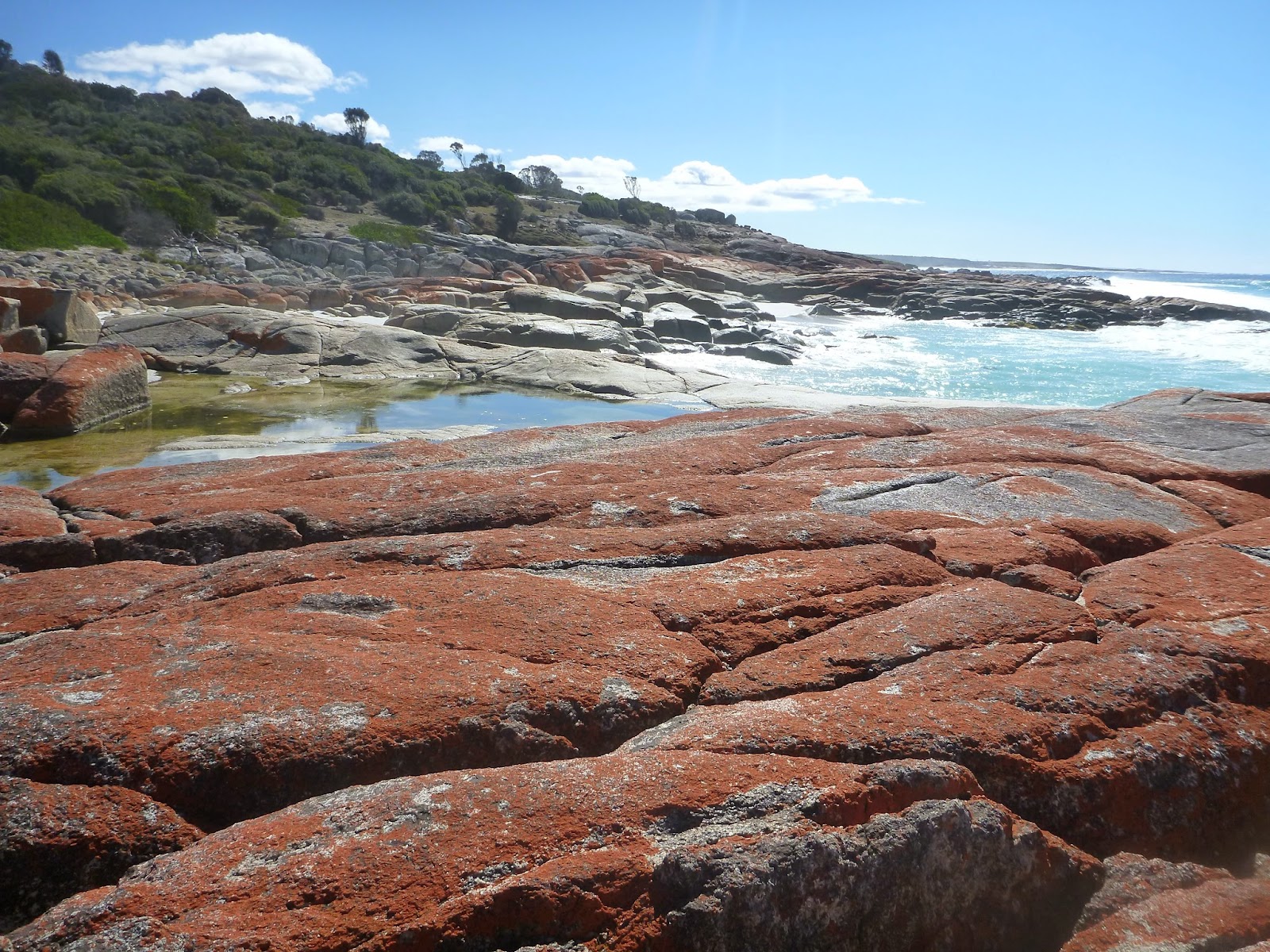 Now if you haven’t already noticed from the photos, this wasn’t exactly a struggle of a place to be in … it was a beautiful day, it was absolutely gorgeous coastline and I was all by myself in Rambler heaven. 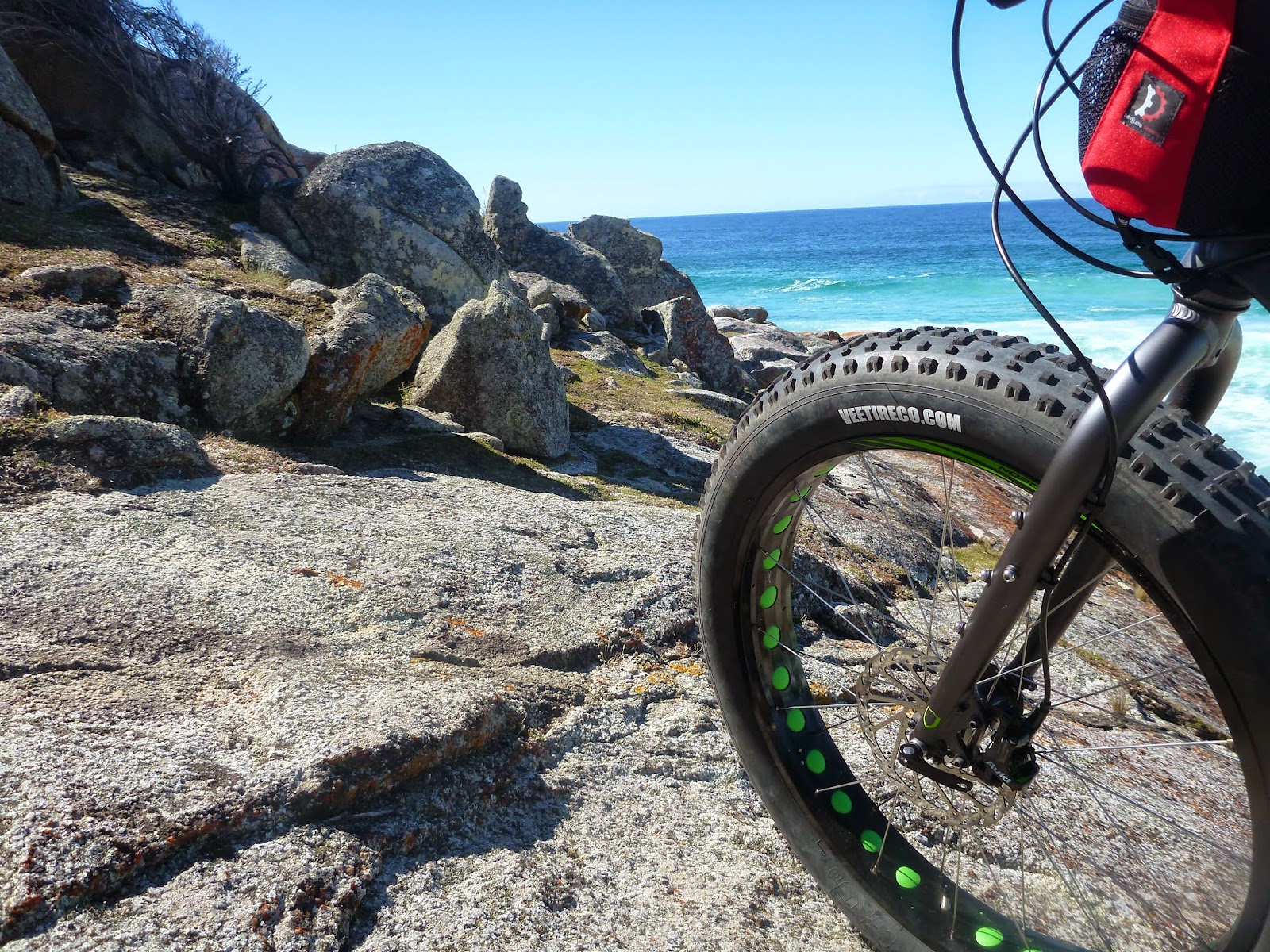 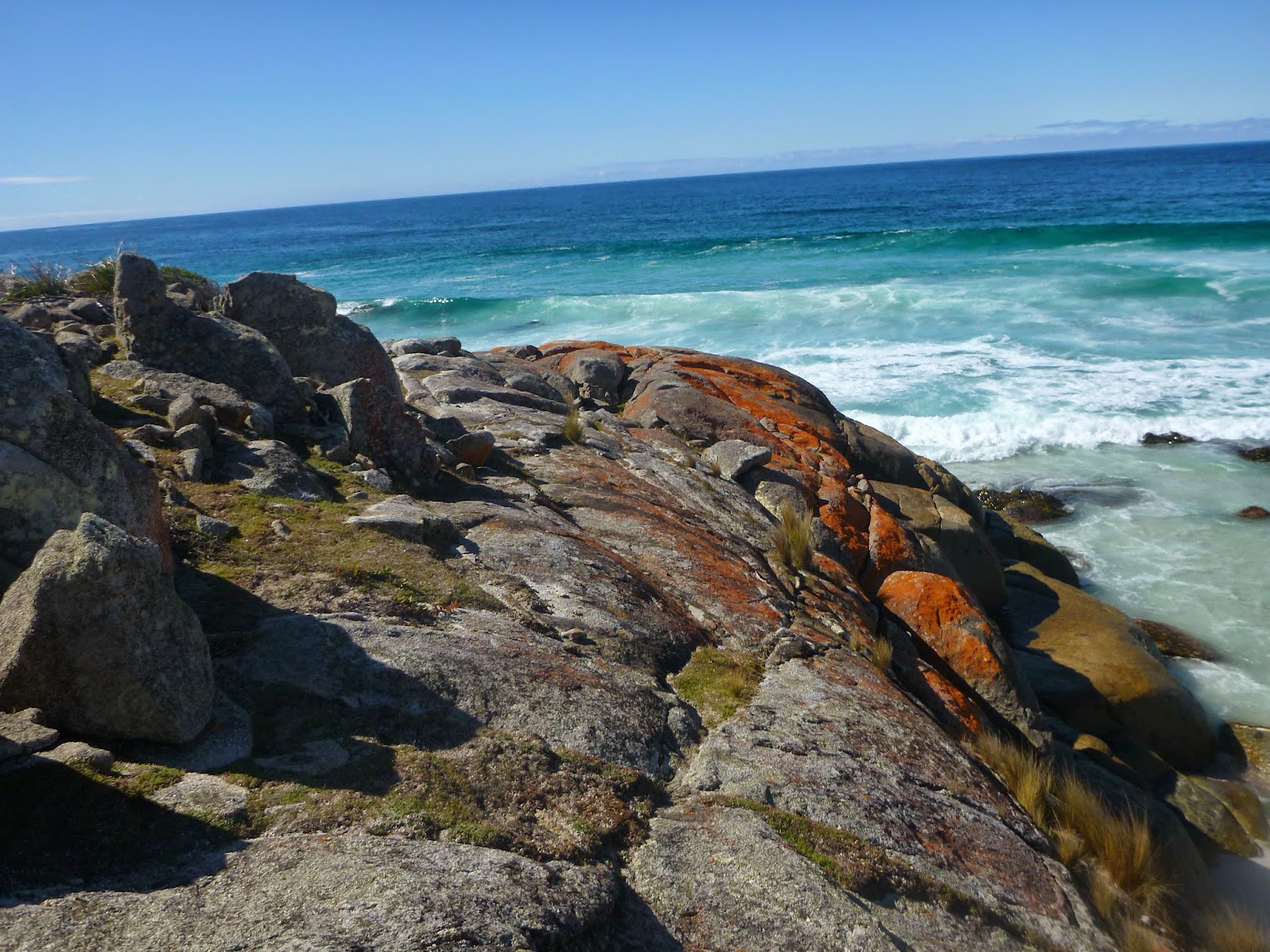 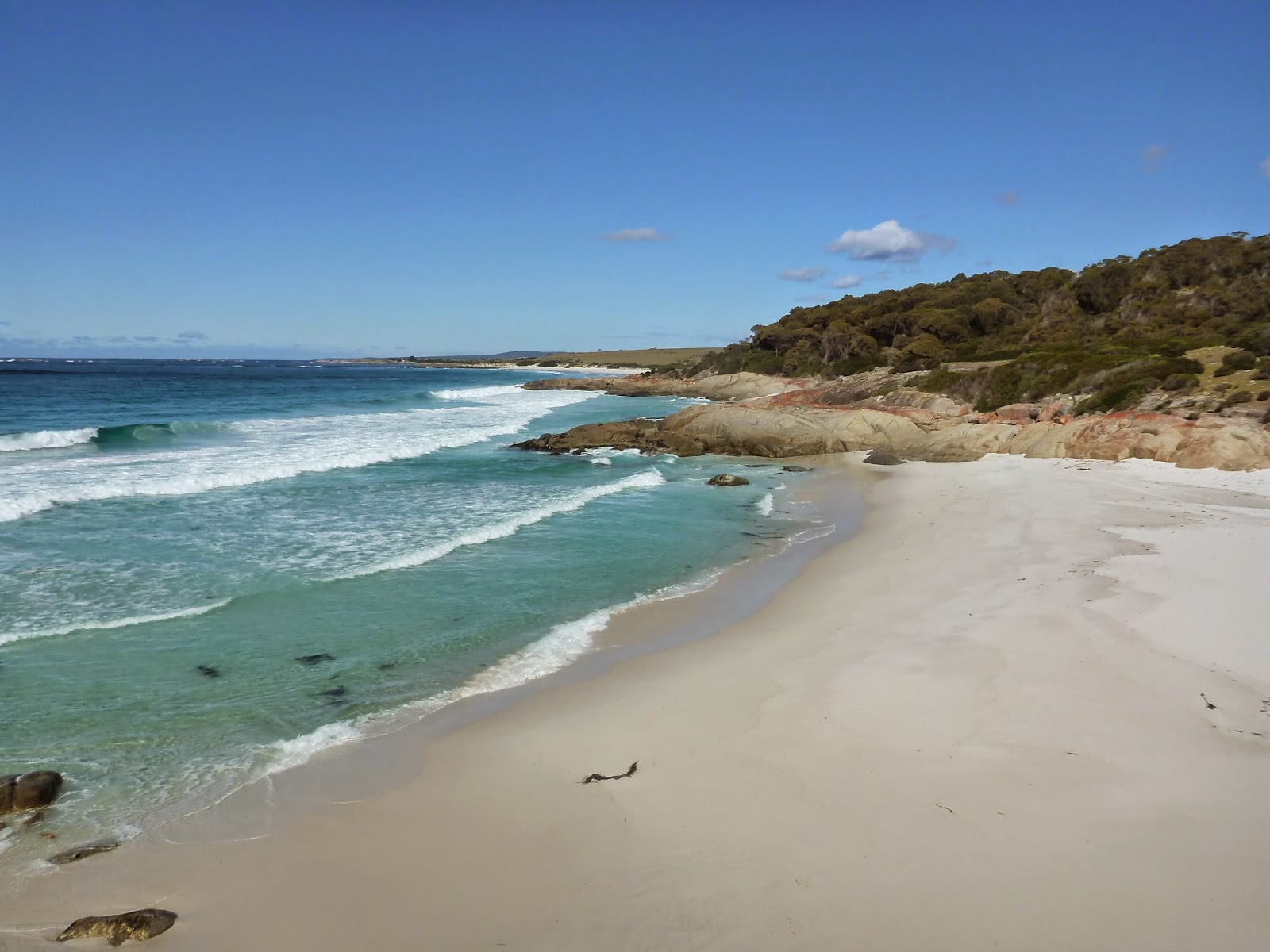 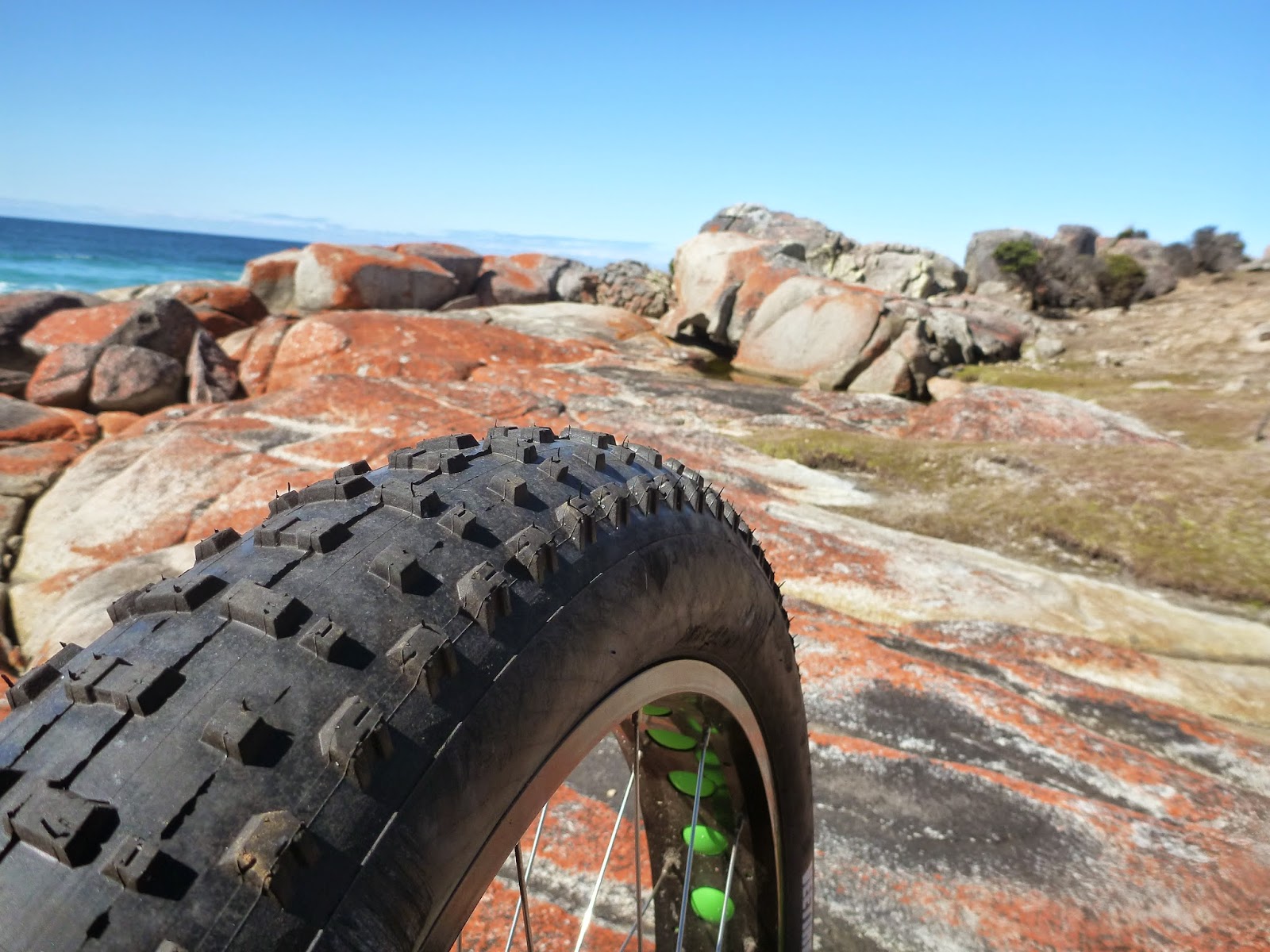 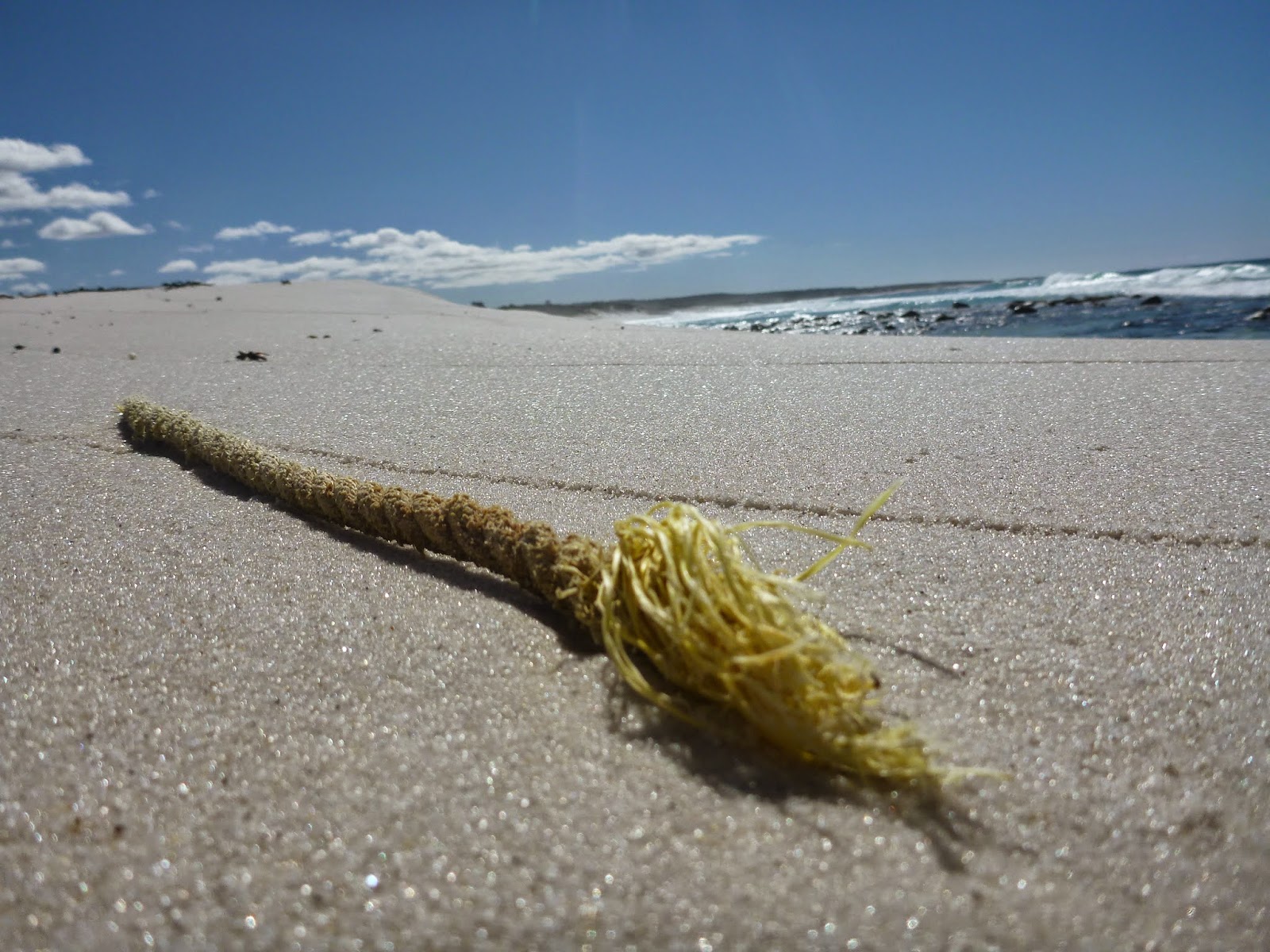 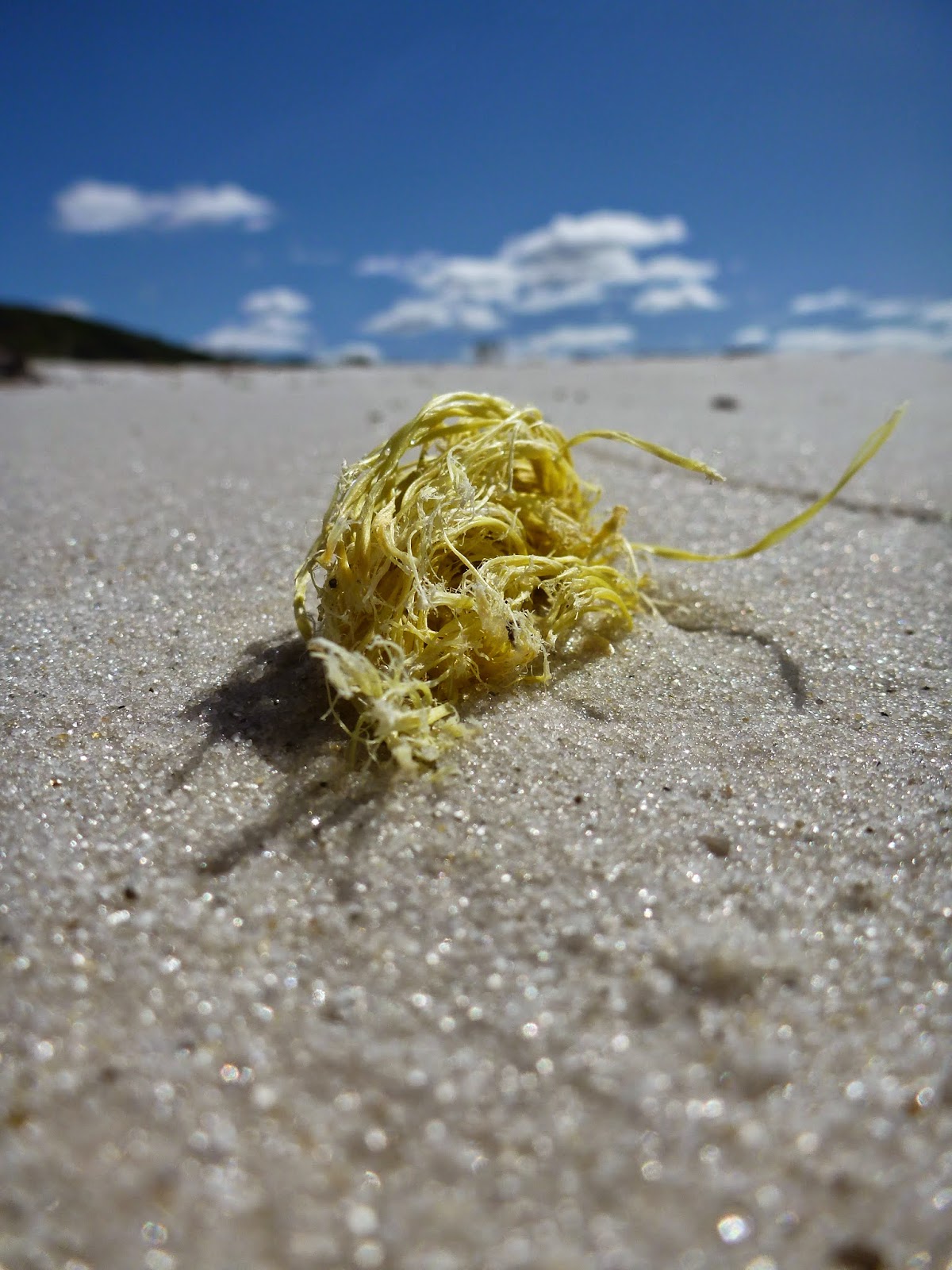 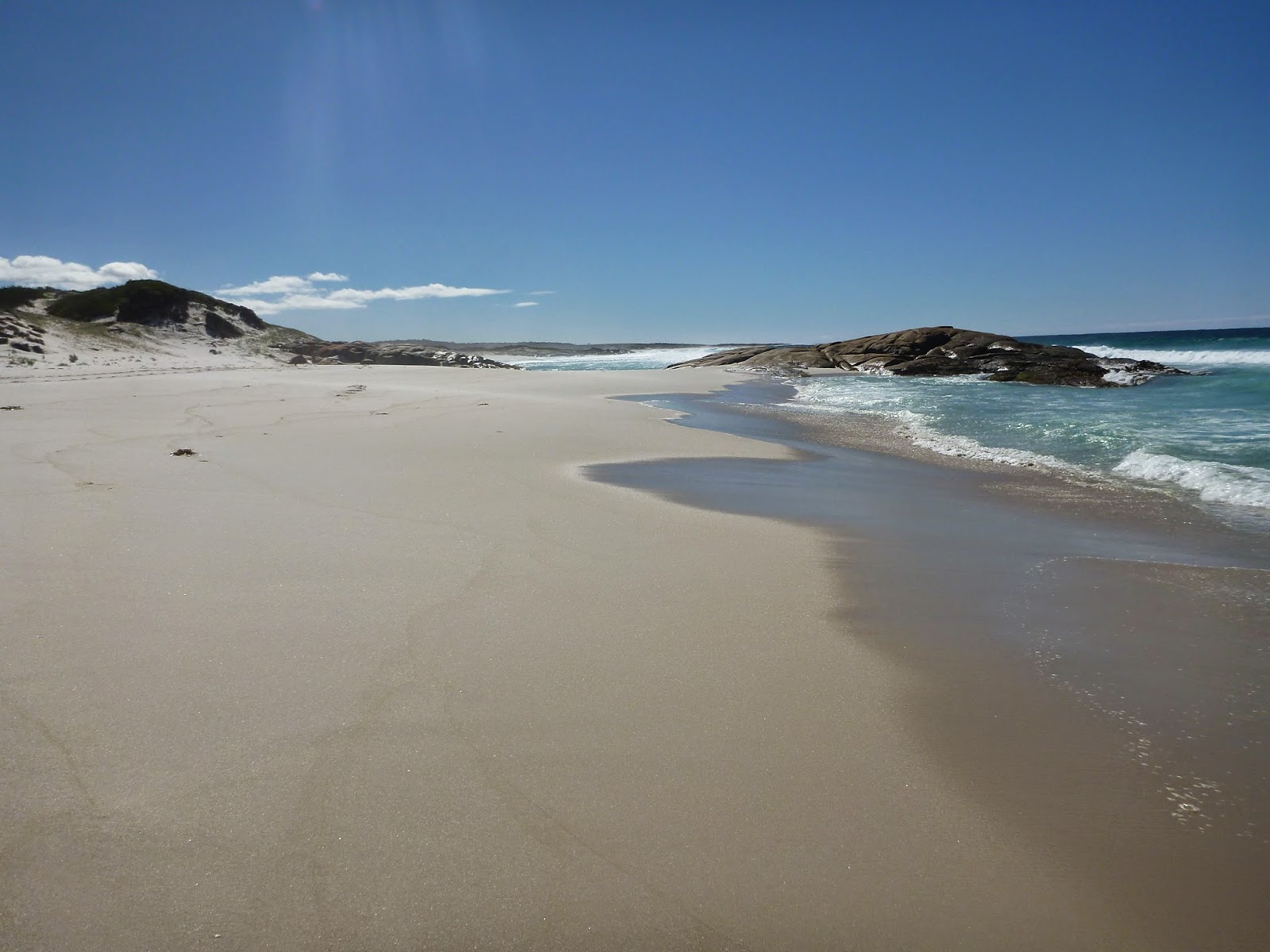 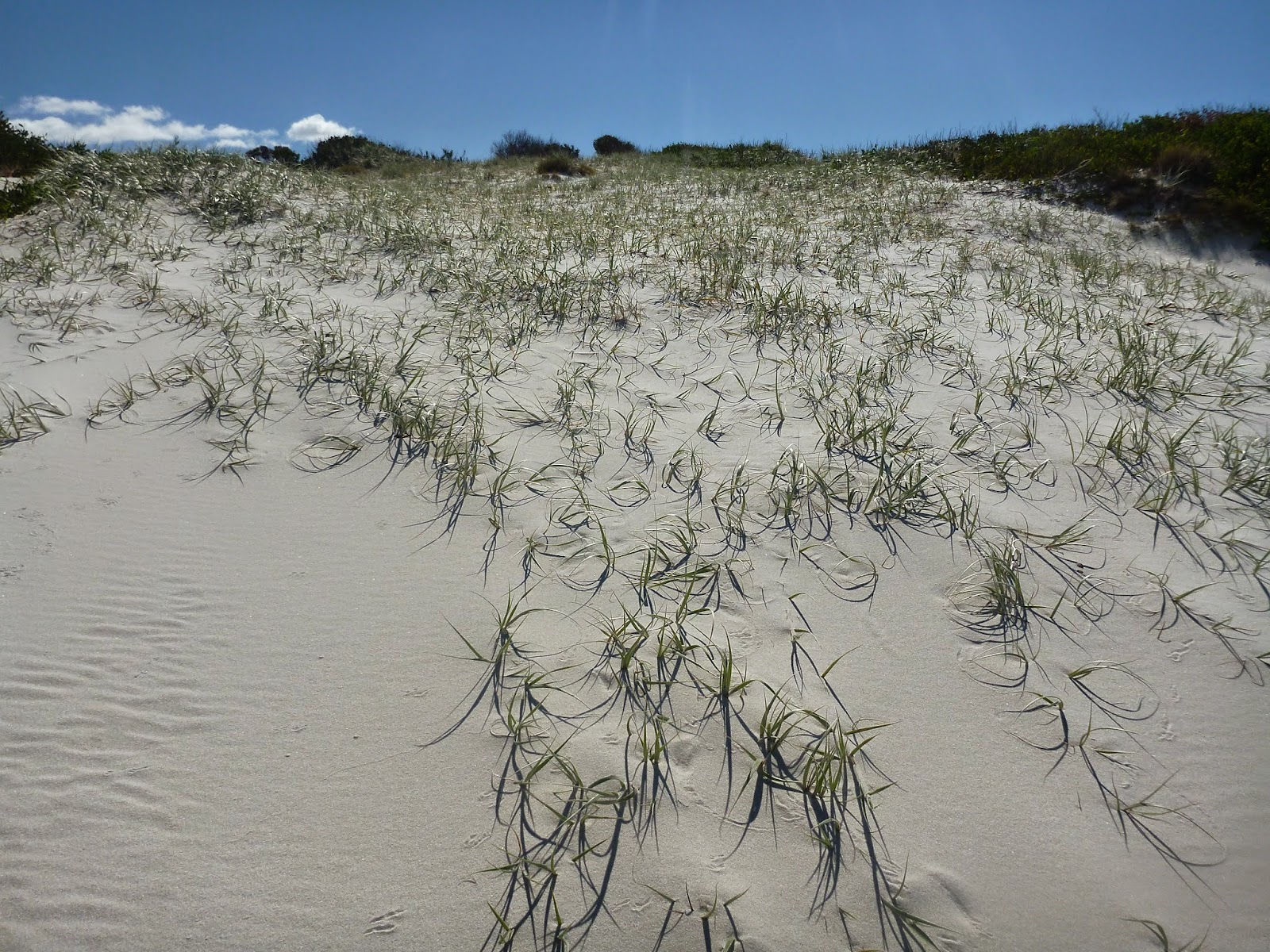 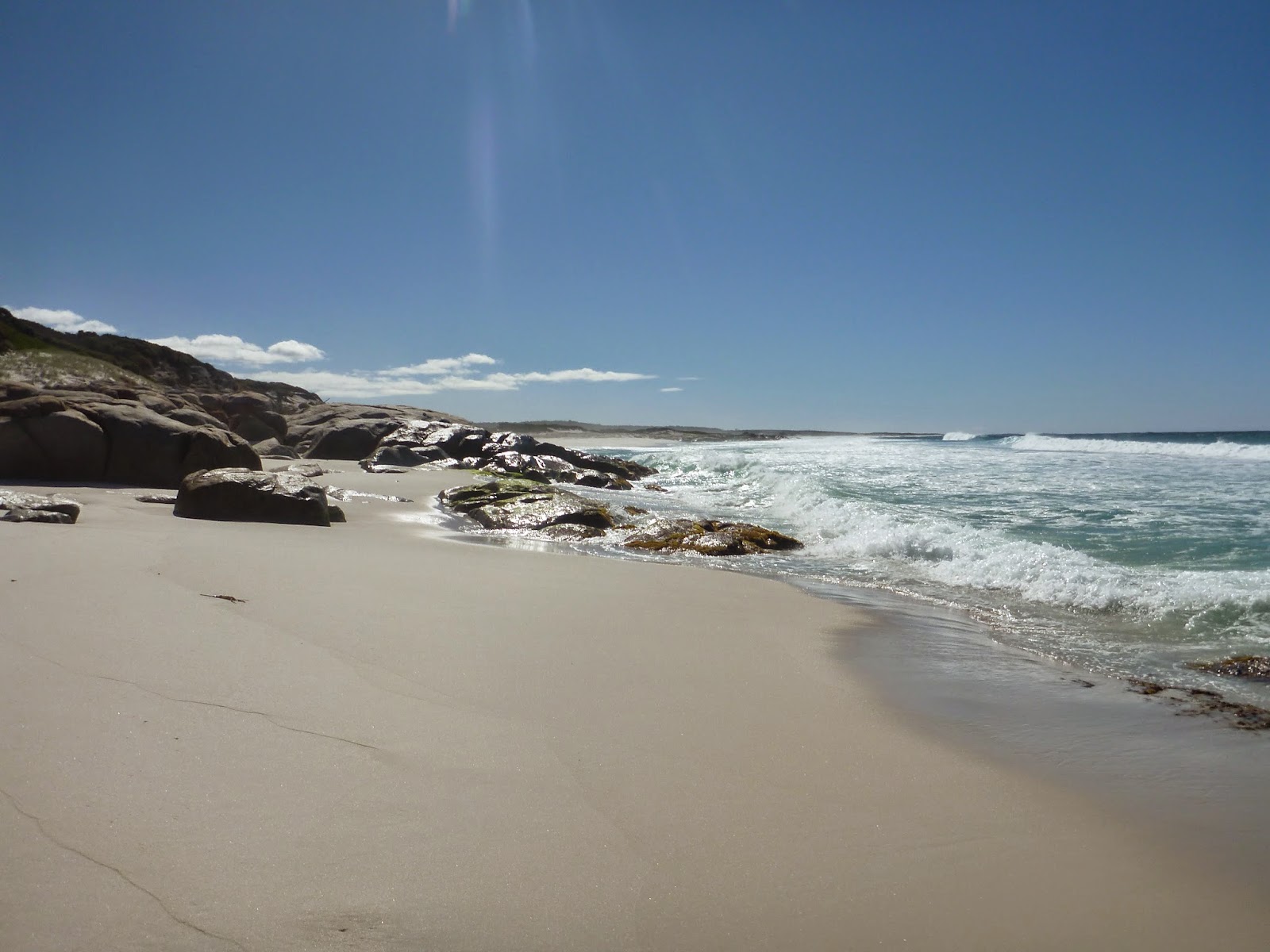 The walking was interspersed by some short, but super fun, sections of riding, but with the tide coming in and my progress at a crawl it was pretty obvious to me that I wouldn’t make it to Police Point and back today, so I set myself the shorter goal of getting to Seal Lagoon towards the southern end of Break Yoke Beach (just for the record I knew none of these names when I was out there, they were just places I could see on Google Earth) where it looked like I might be able to follow the lagoon inland and get onto some sort of track.

It was a good plan (even if I do say so myself) … the only small problem being that when I got to the lagoon (last photo above), I only managed to get about a third the way up it before I found myself clambering around a big rock and being faced with thick scrub right up to the water and a very deep drop off into the lagoon.

So I’ll say that if I had my packraft with me it would have been an awesome plan … but without it, my only option was to turn around and head back the way I came.

Which turned out to be another brilliant plan (even if it was forced on me), because having already figured out the difficult bits and the dead leads on the way up, I was able to do a whole lot more riding on the way back, plus the spots where there are little tracks in-land (detouring some of the harder rocky headlands) were much easier to pick up heading north-south.

I’ve definitely got a taste for this bit of coastline now, and having done a bit more research since I’ve got back, I  am slowly cultivating the idea of cycling south from Mussleroe Point to St Helen’s.

I may be getting old and lazy, but that doesn’t mean my dreams will never get smaller.