Travelling really does reflect the ups and downs of life … just in a much more compressed way. 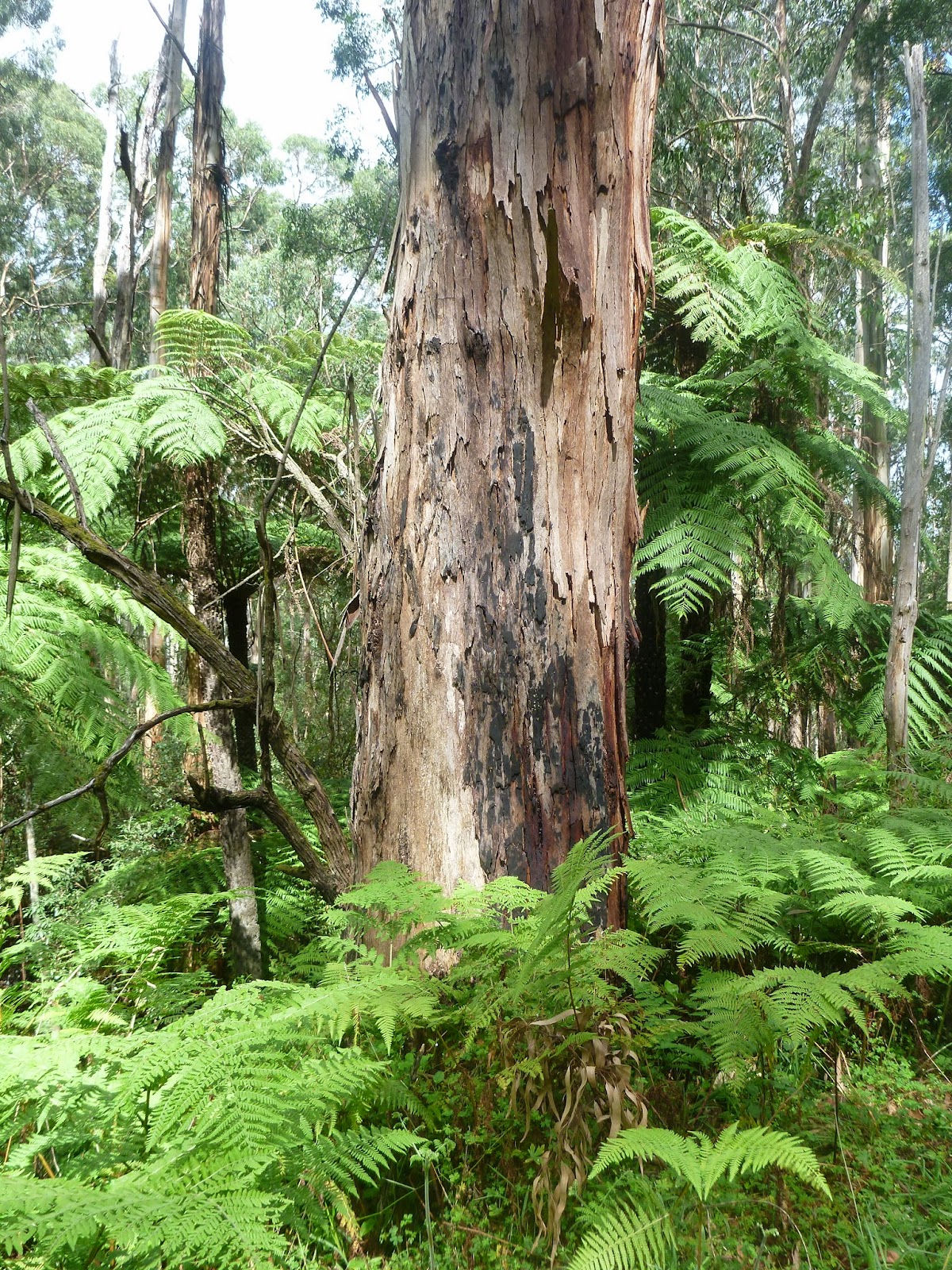 My stay at the Marysville Caravan Park wasn’t the best (I stayed in the $60 single rooms which were comfortable enough for my purposes, but you could hear your neighbours pretty easily which isn’t so good when one is leaving at 5am and the other at 6am in the morning).

On the good news front I did find a bakery that was open in the morning and so decided to treat myself to a big breakfast and a latte while I used their free wi-fi … except the breakfast was disgusting and no one on shift seemed to know the password to their wi-fi.

The latte was good though.

It was a bit of an overcast and windy morning, and as I set off for Lakes Mountain I noticed the car’s thermometer reading 9 degrees.

By the time I got to car park at the top, the thermometer was down to 2 degrees, it was white out conditions, it was very windy, and if that wasn’t enough indication that this may not have been a good day for mountain biking, then watching the few road bike riders brave enough to have ridden up here this morning snapping off a quick photo before disappearing back down the hill (or into a nice warm van) was.

So I decided to cut Lakes Mountain from the itinerary and head, via the back roads, to Warburton, which proved to be a wonderful drive.

Sitting in a cafe in Warburton, watching the rain coming down outside whilst drinking latte number two of the day and eating some french vanilla slice I was somewhat entertained to get an email from a friend suggesting that I go and find a nice cafe and have a latte and vanilla slice.

Finally, I decided that if I didn’t get out on my bike soon then my whole holiday will be gone before I know it and so I reluctantly pulled the bike out of the car and set off with limited enthusiasm to ride a loop out along the Warburton Aqueduct Trail, down to Launching Place (where I had turned around last time I had ridden the Lilydale to Warburton rail trail) and then back to Warburton.

My interest in this route came about from having recently read the Warburton Mountain Bike Feasibility Study which mentions these trails, and so with little more than a general idea of where I was planning on going … off I went.

For anyone who may follow me, the first section was along the river and was lovely … 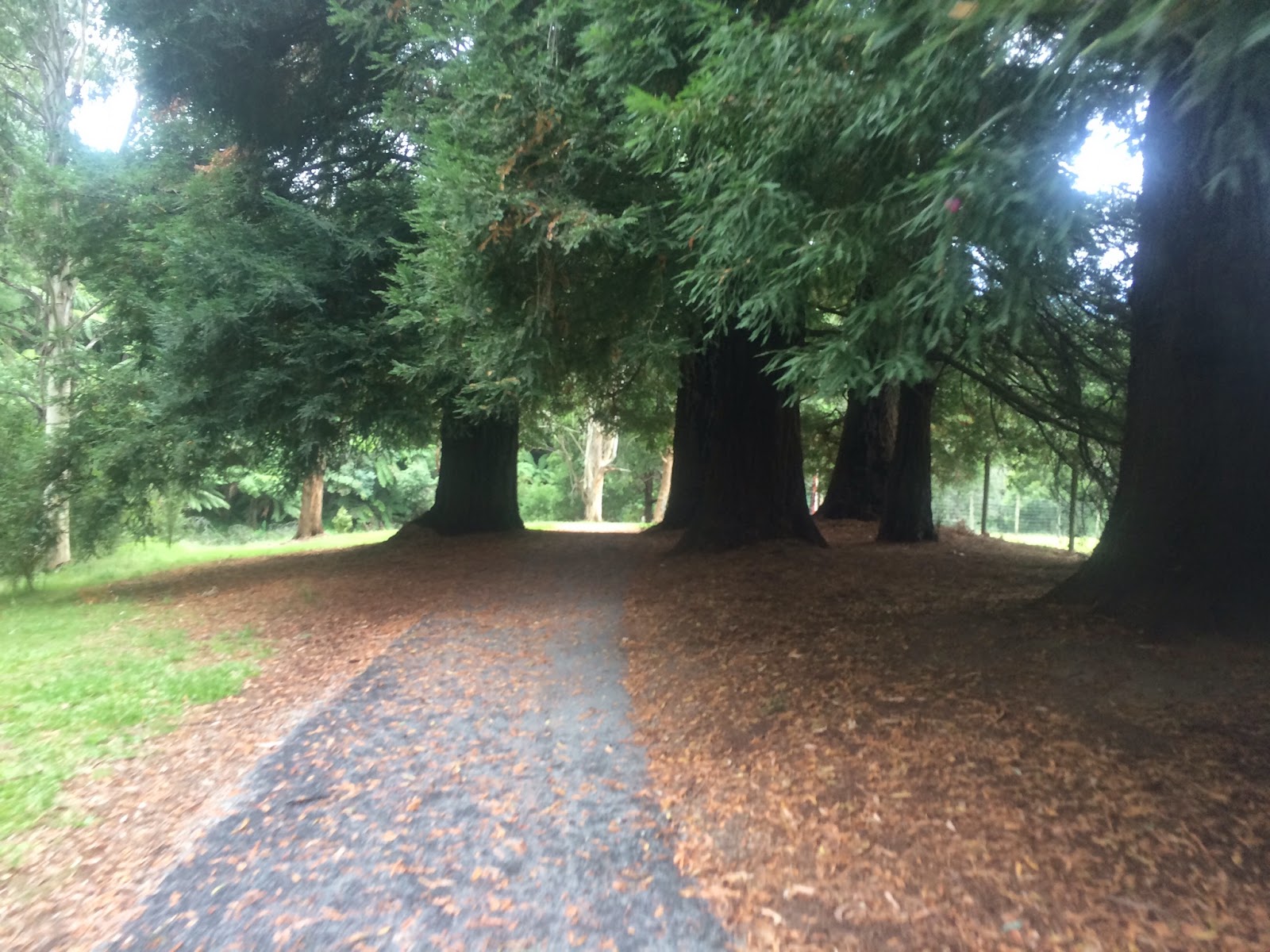 Then there was a rather vicious climb up from town to the start of the rail-trail (Yuonga Road Car Park) – don’t let me oversell that climb – it’s nothing I couldn’t just jump into granny gear and pedal my way up, it can just be a bit of a surprise if you’re expecting a nice flatfish ride 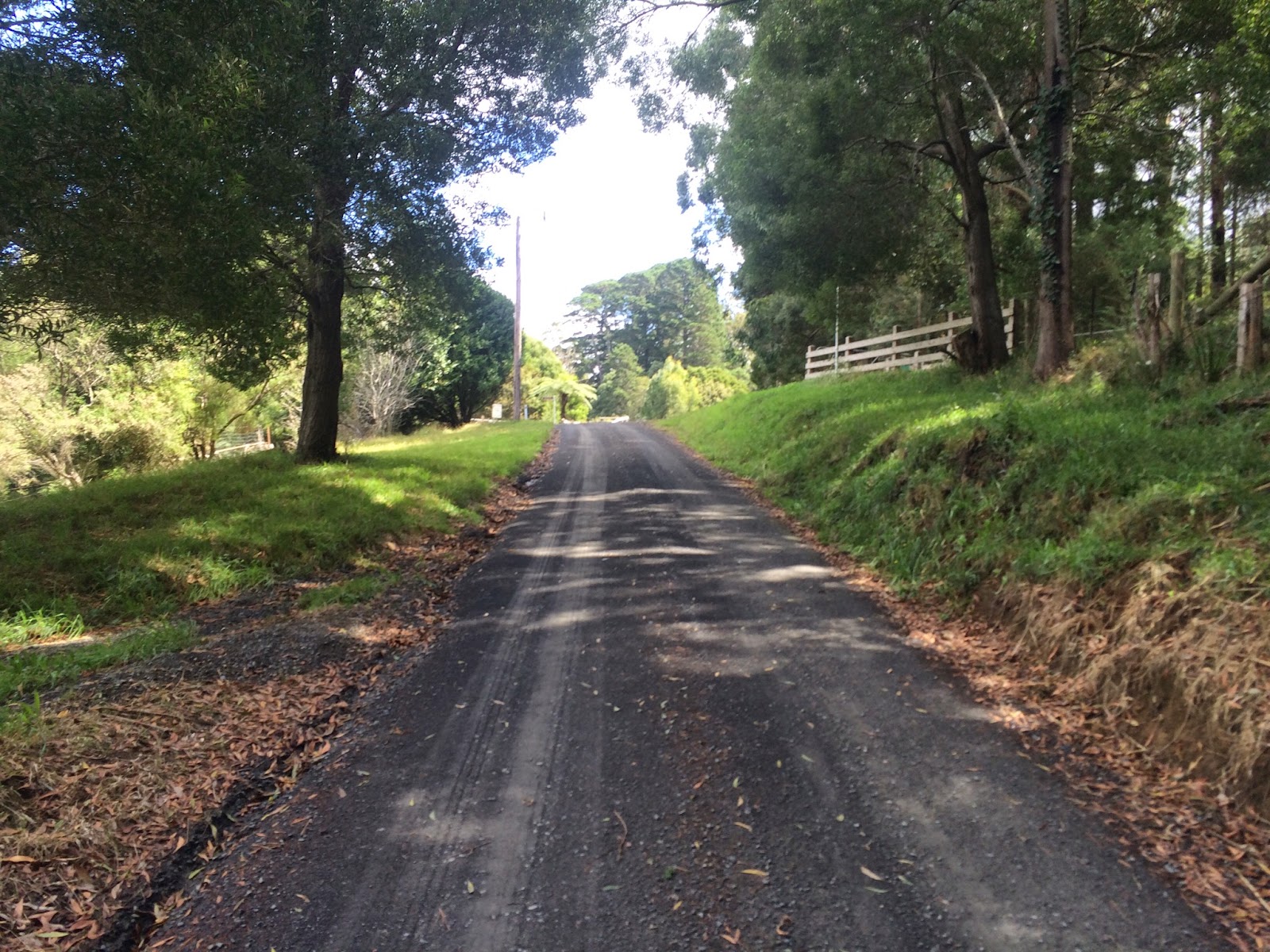 And then I was on the O’Shannassy aqueduct trail … 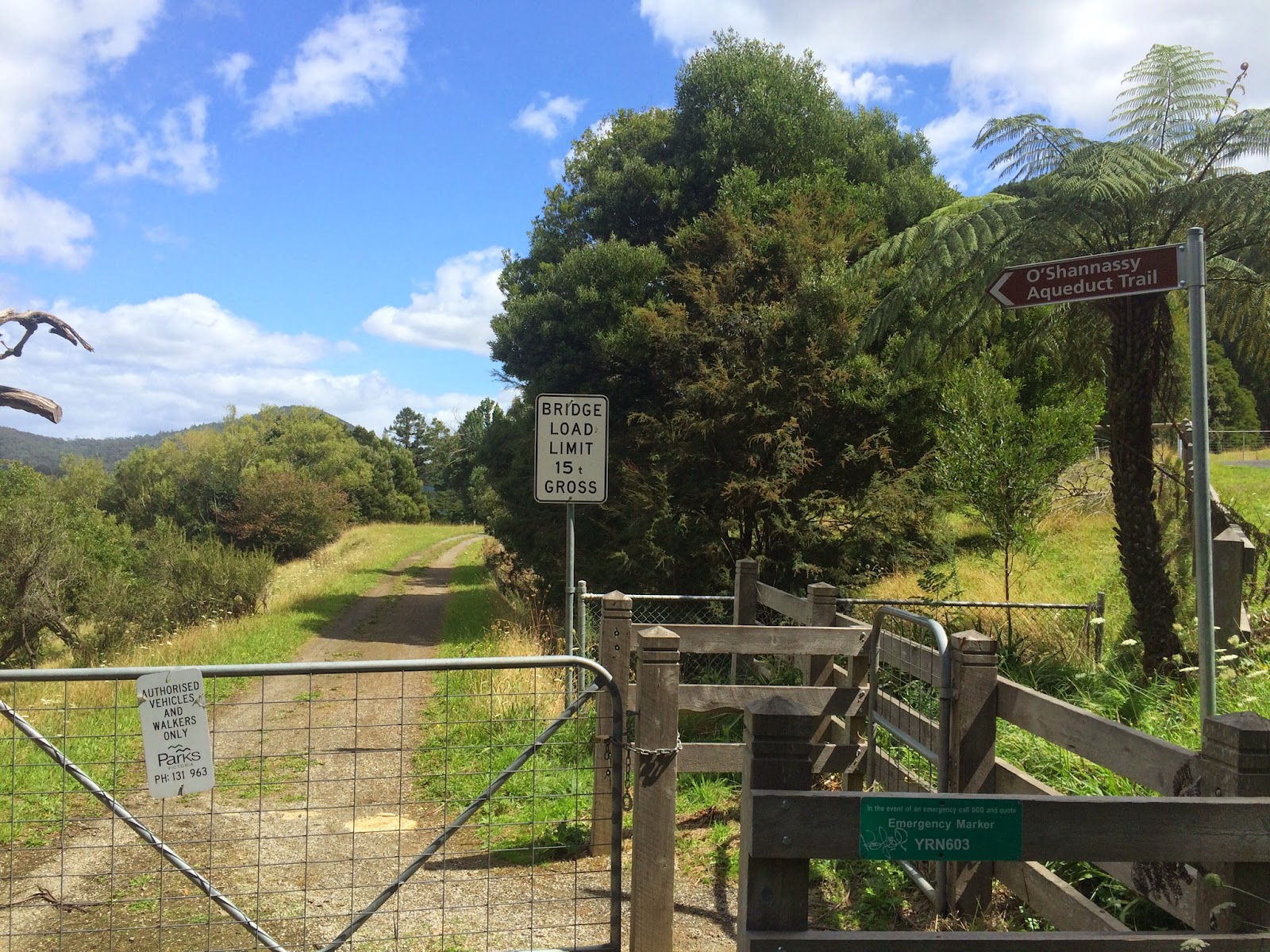 And I was in heaven for the next … however many kilometres it was.  Seriously (especially when compared to the Lilydale – Warburton rail trail) this trail is just gorgeous riding … 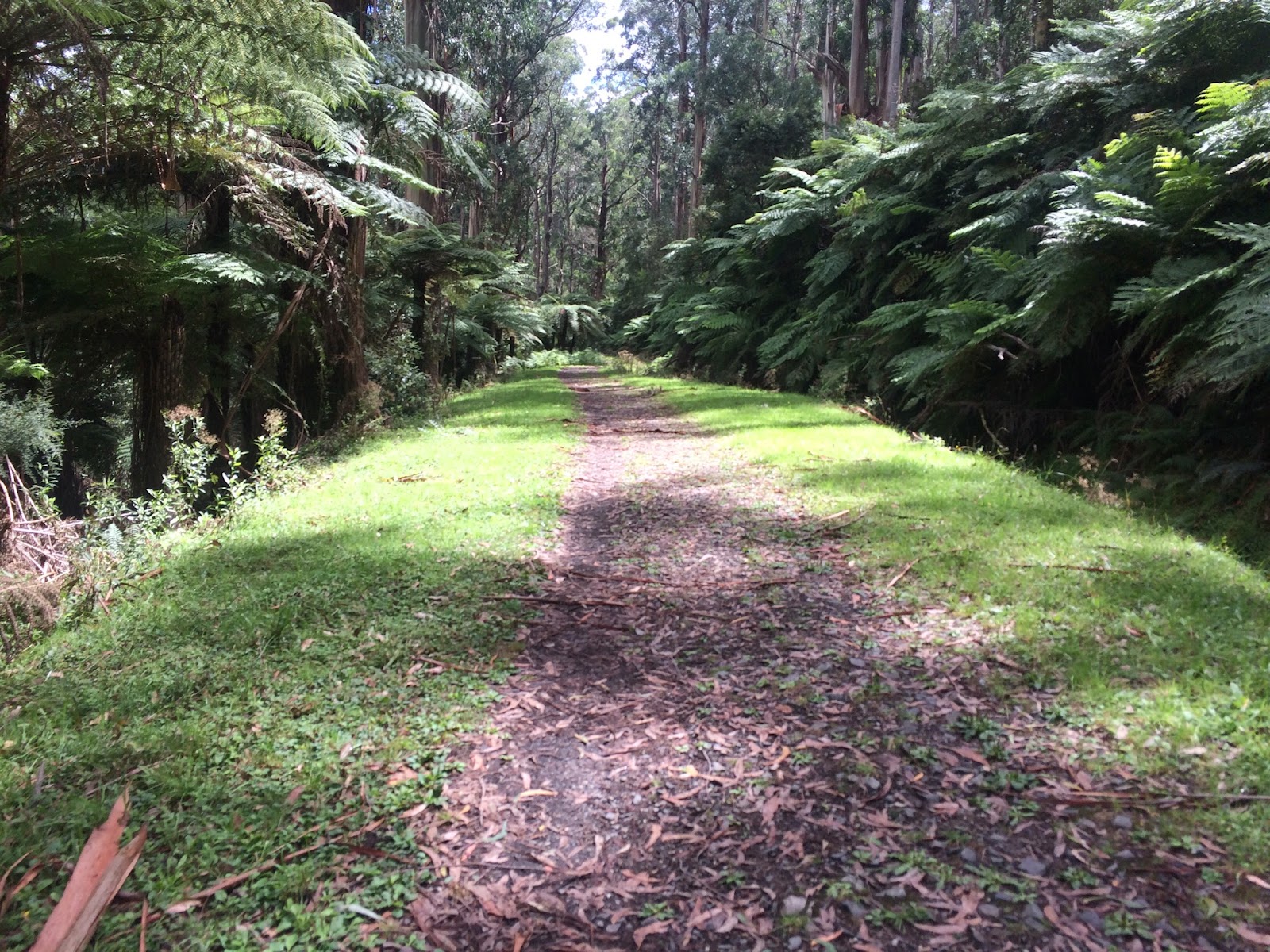 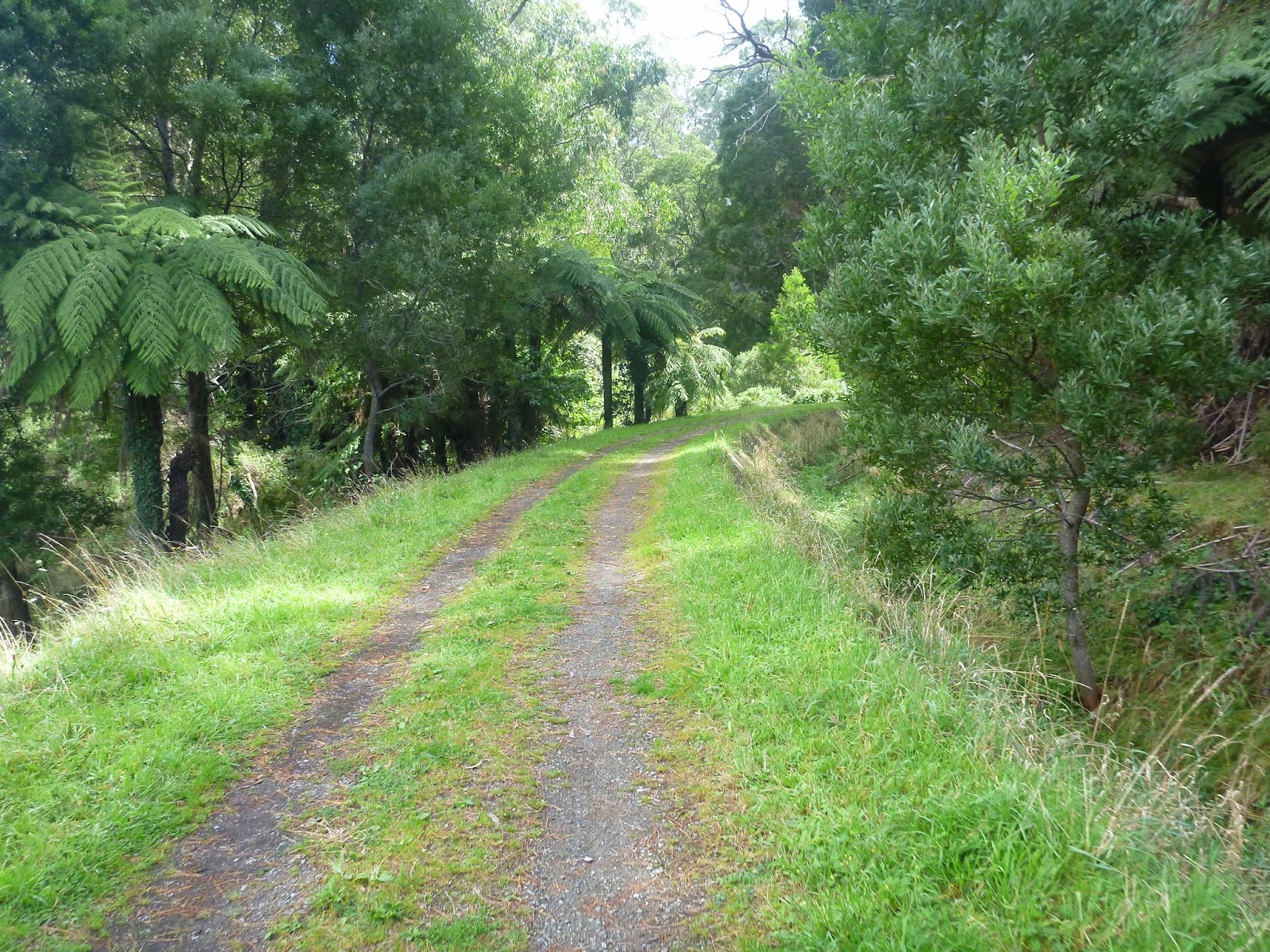 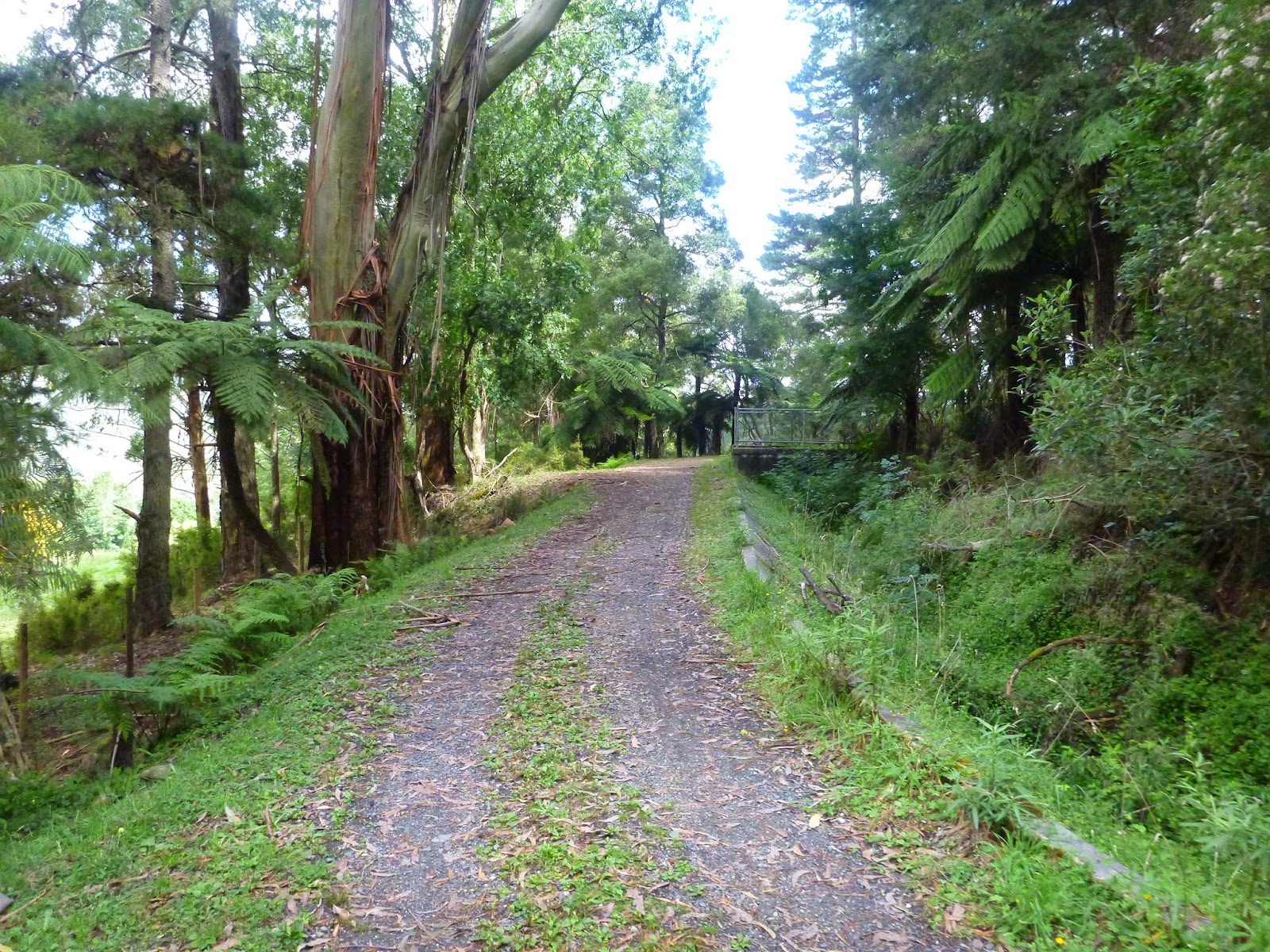 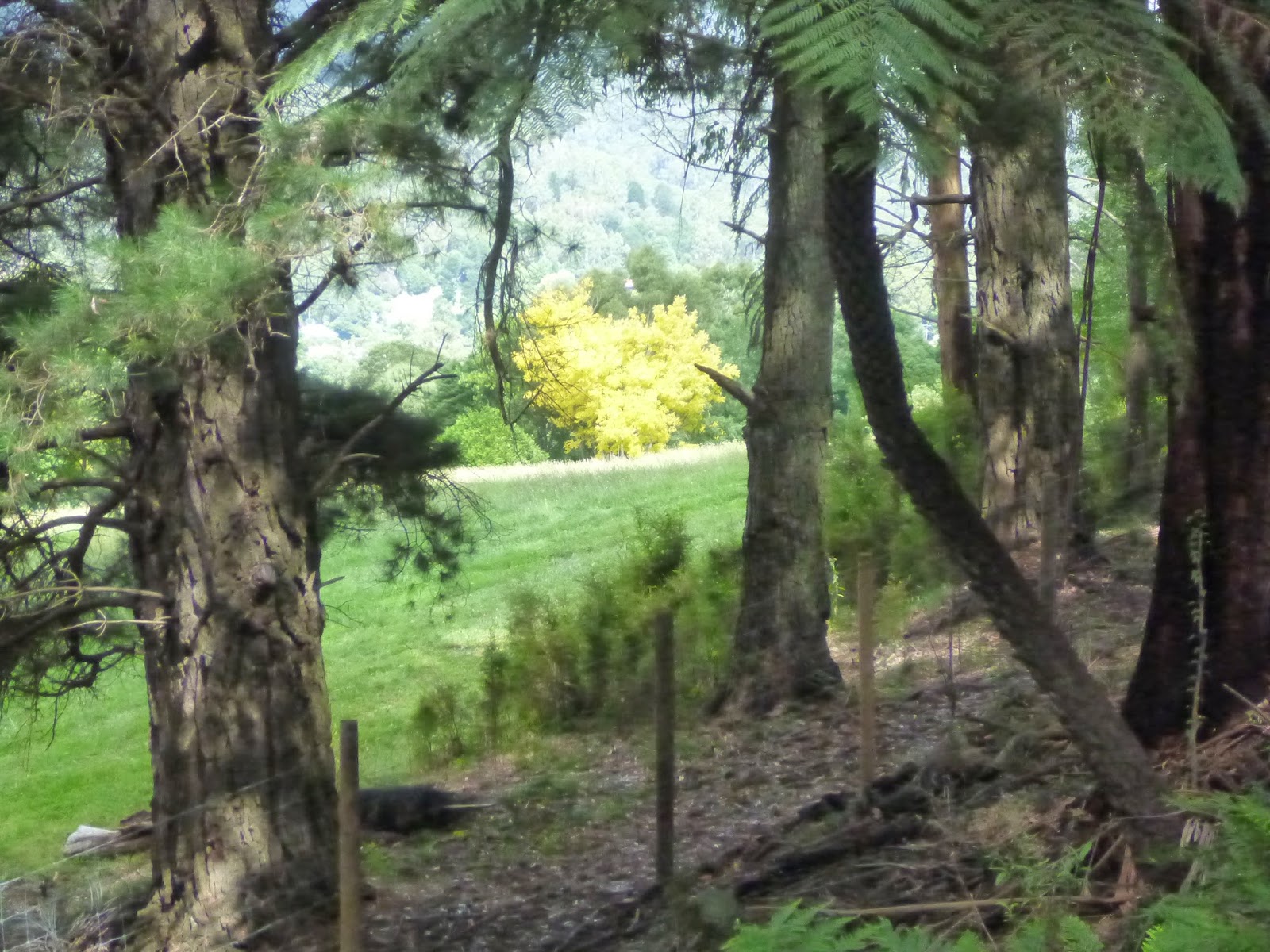 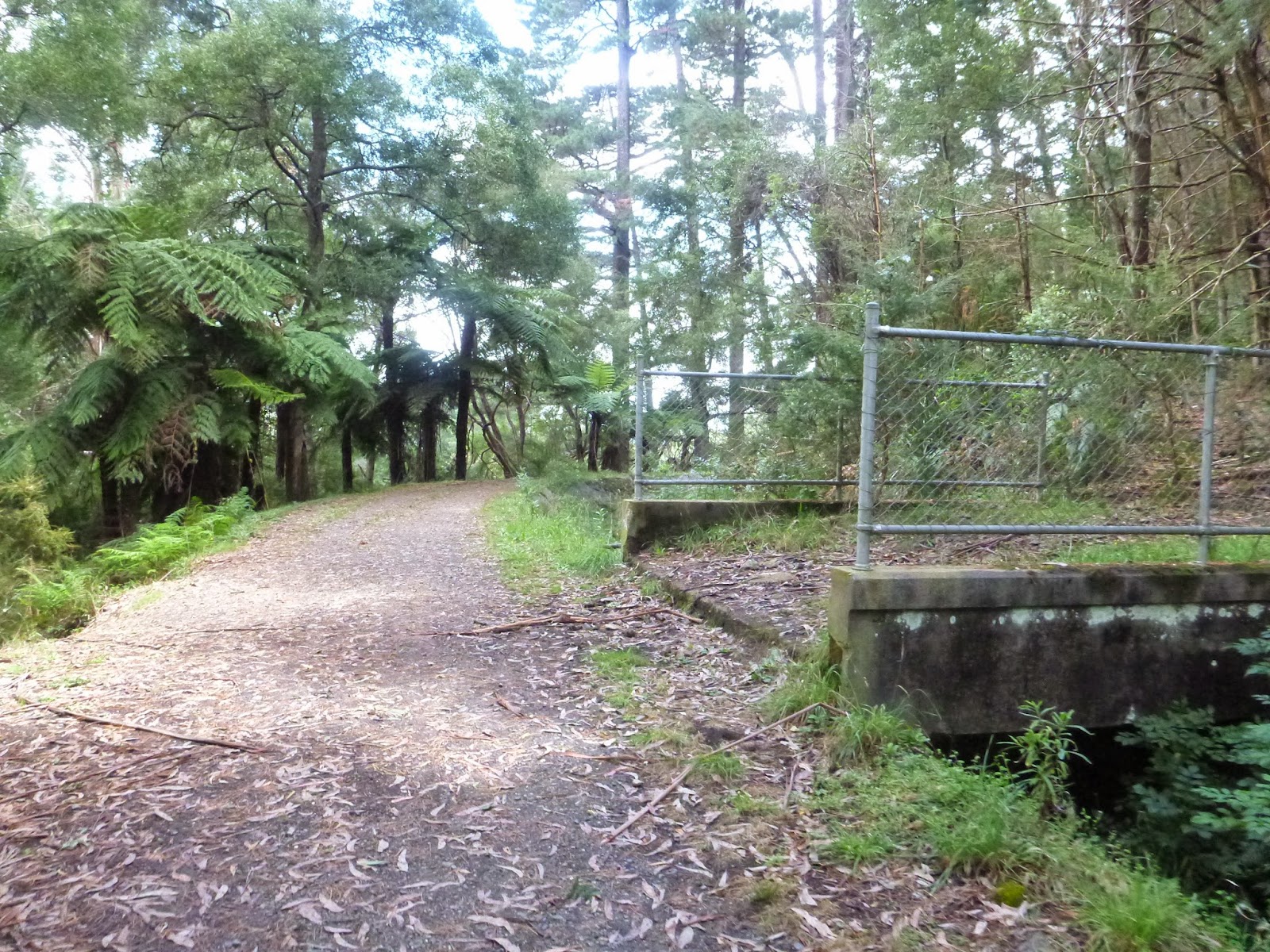 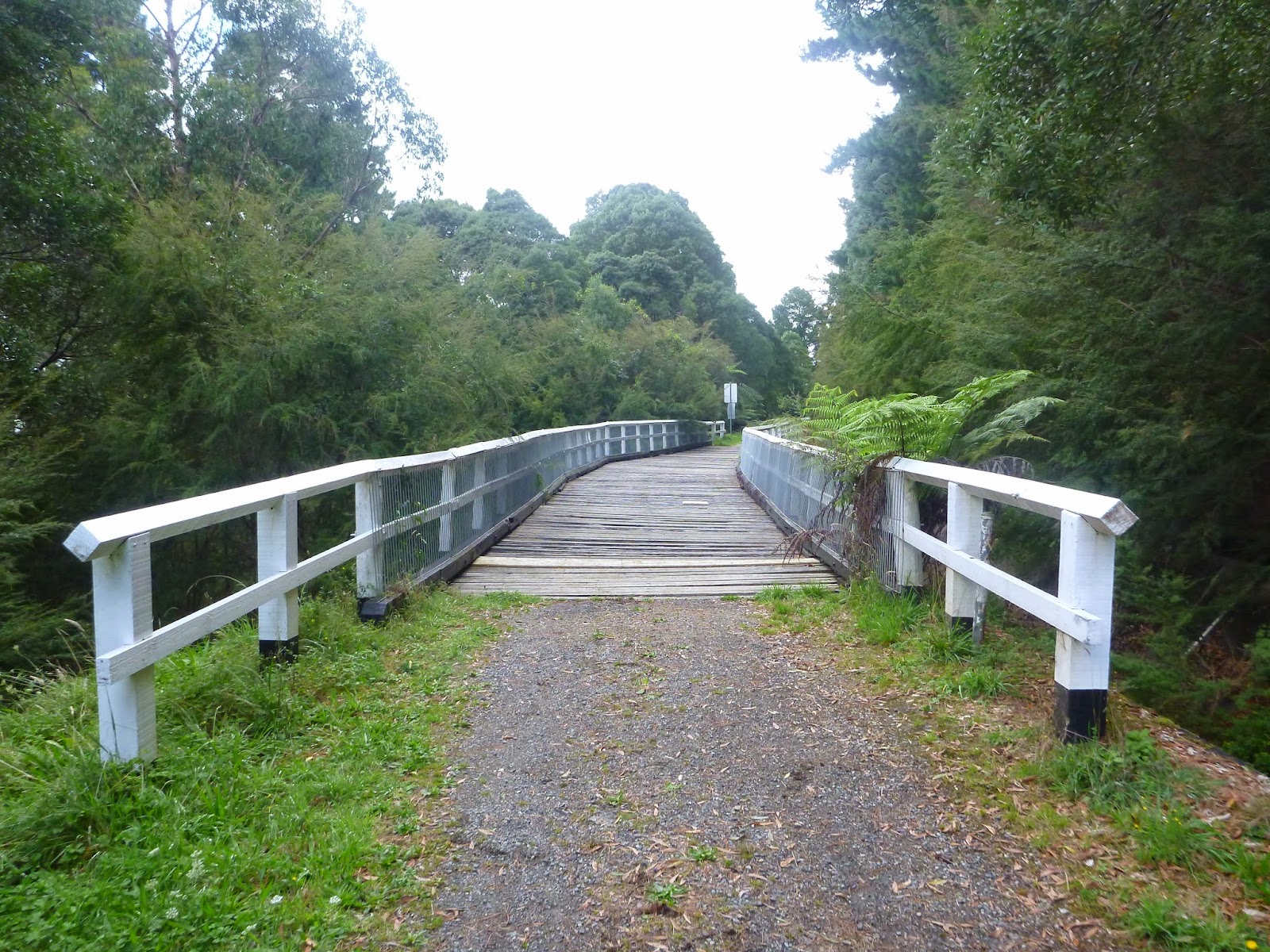 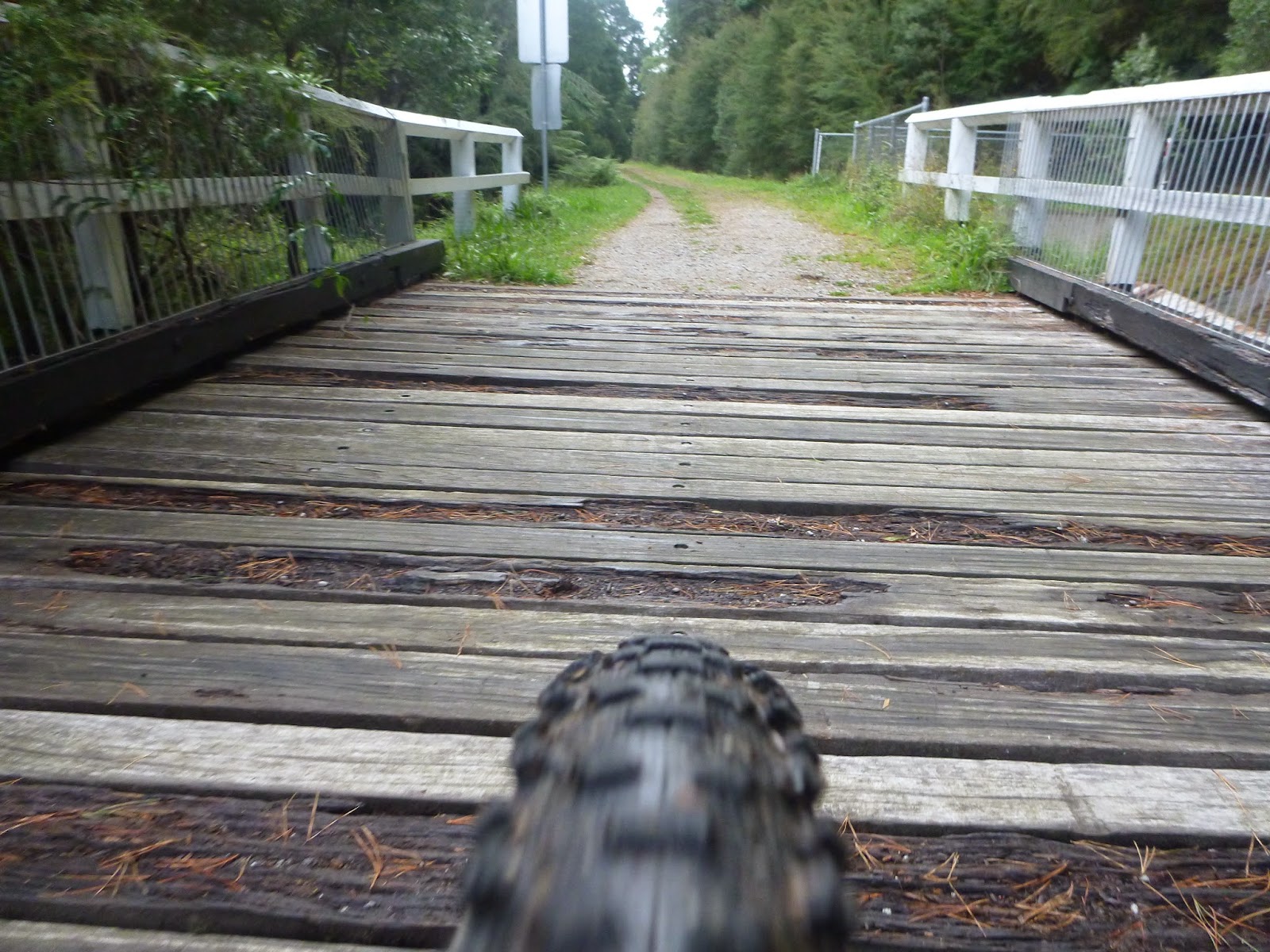 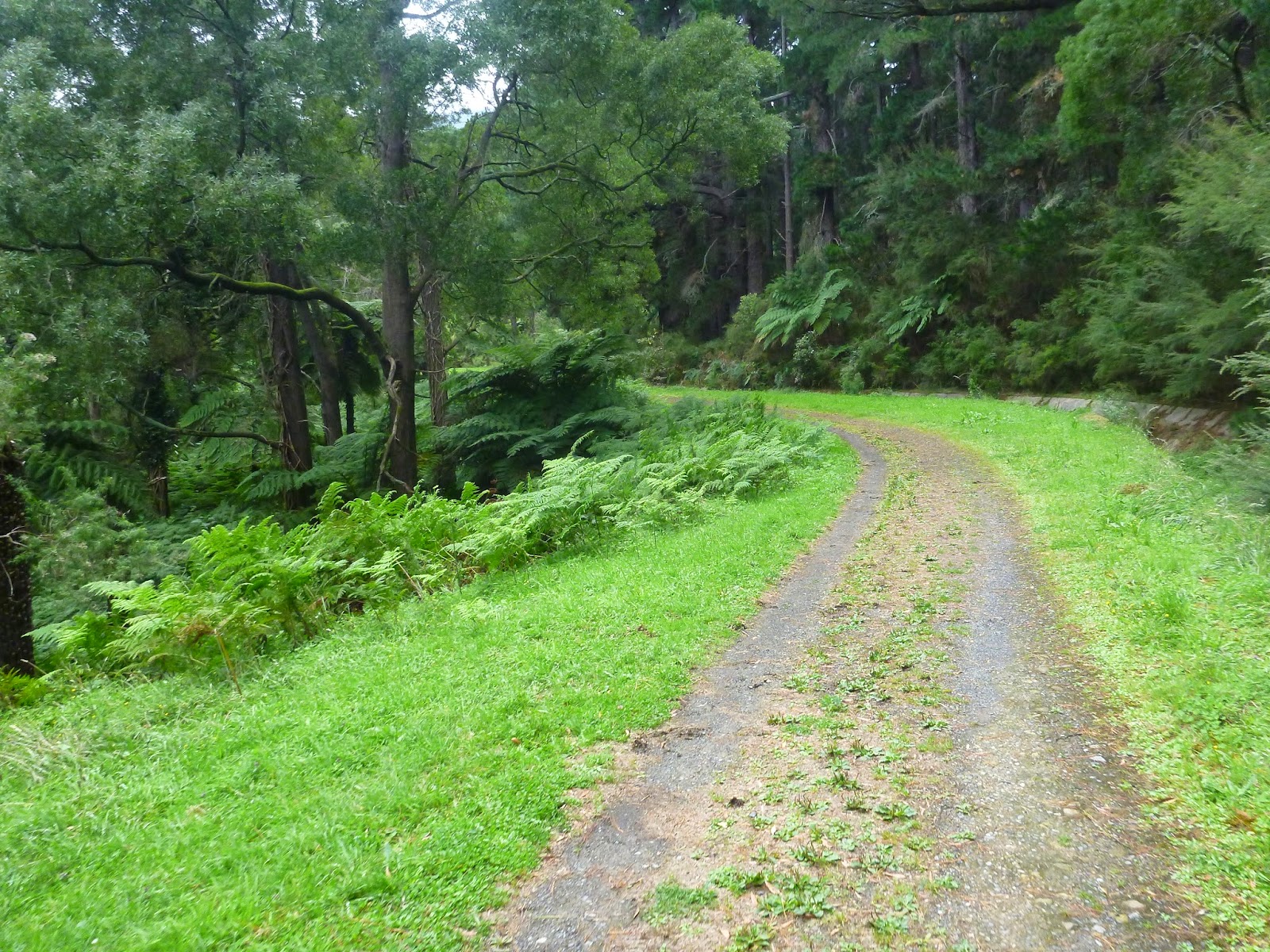 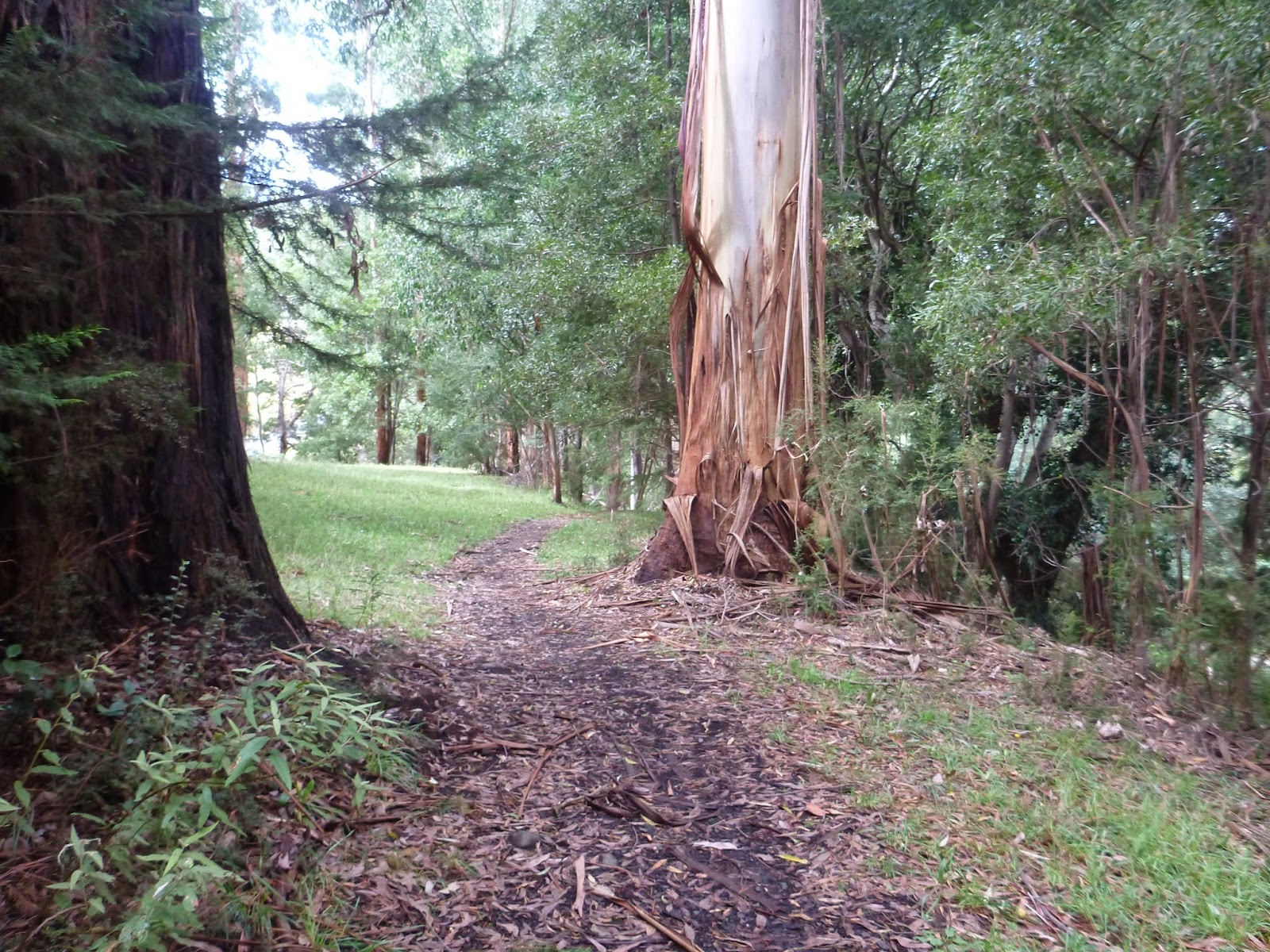 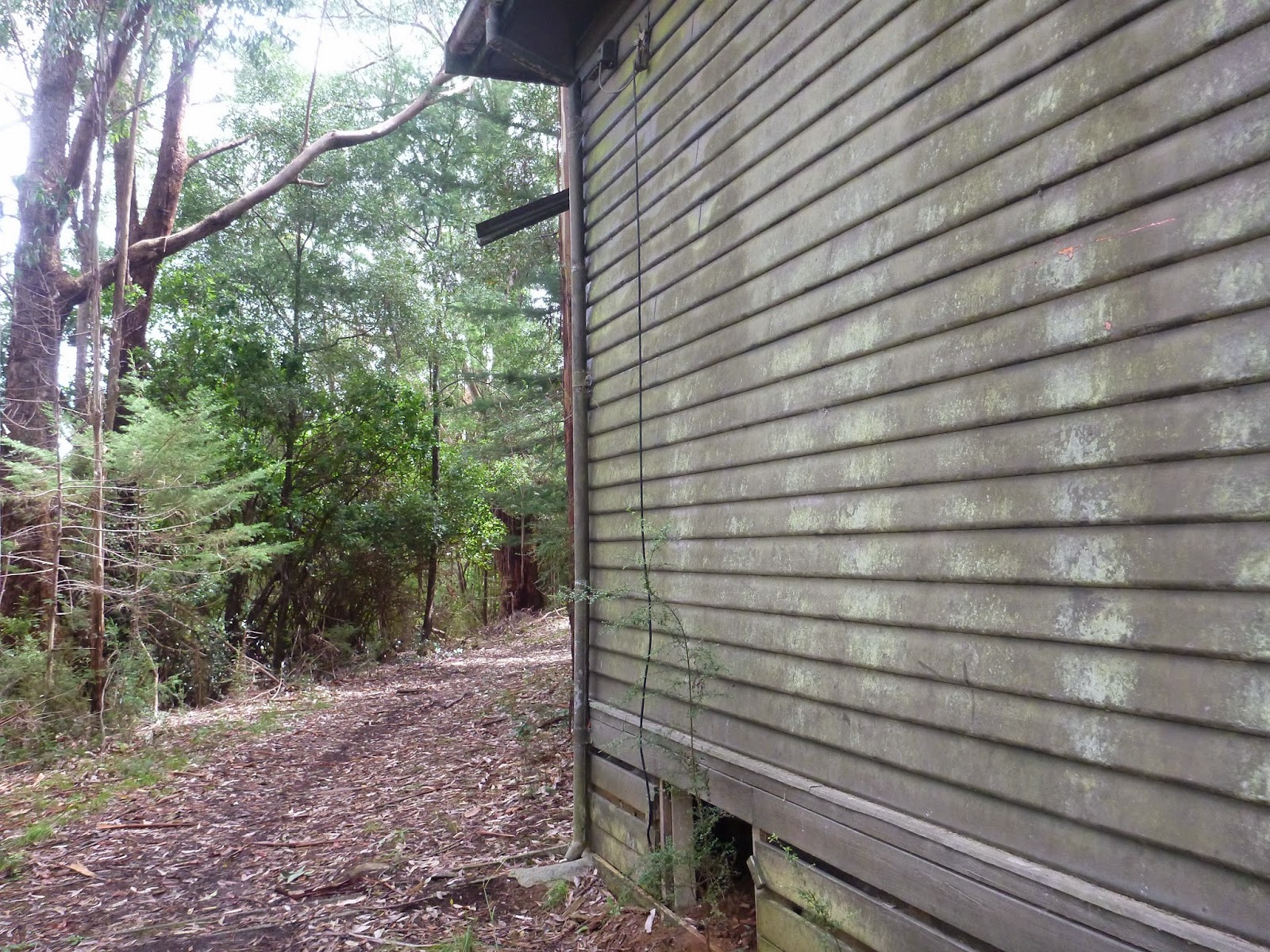 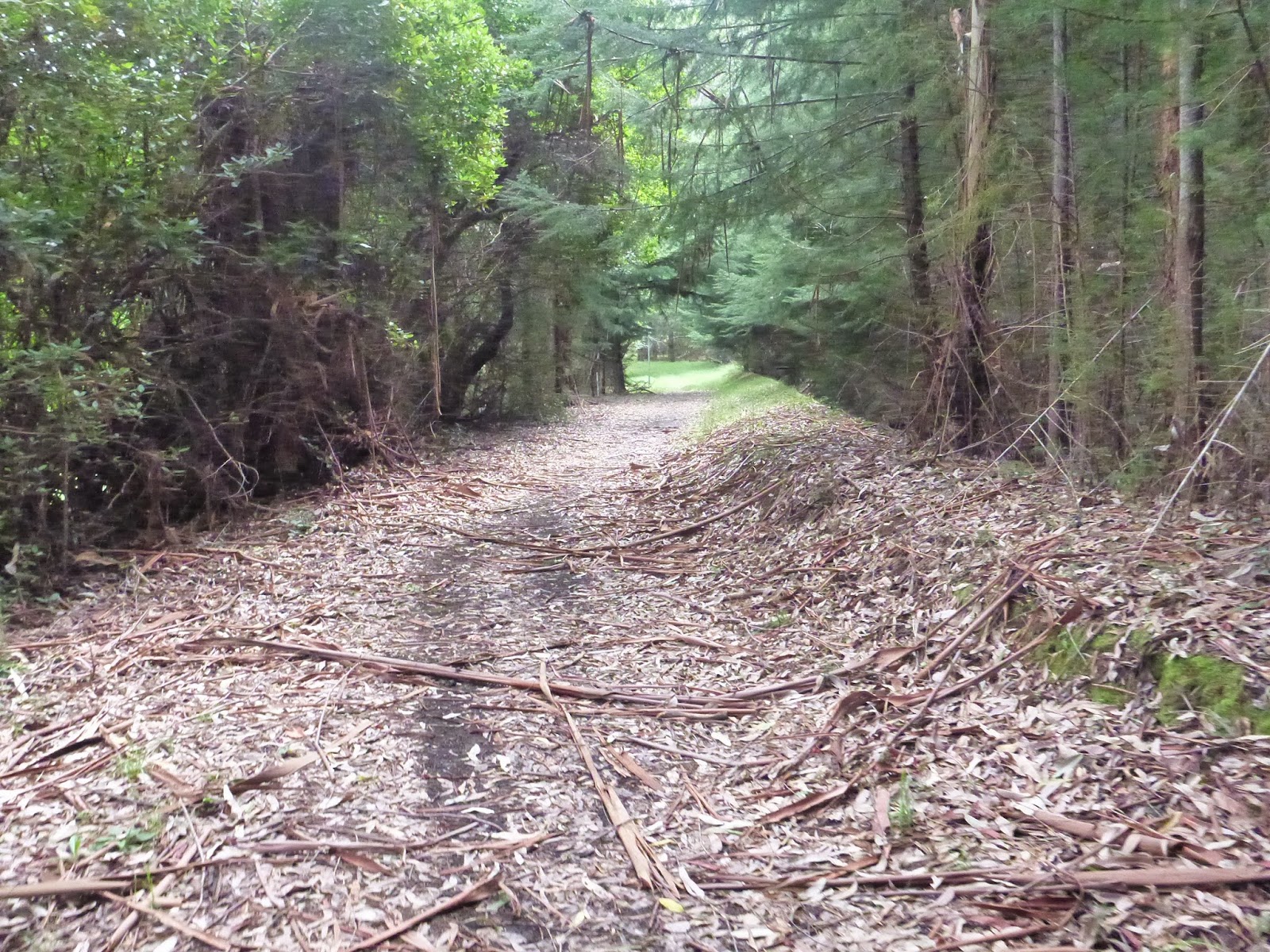 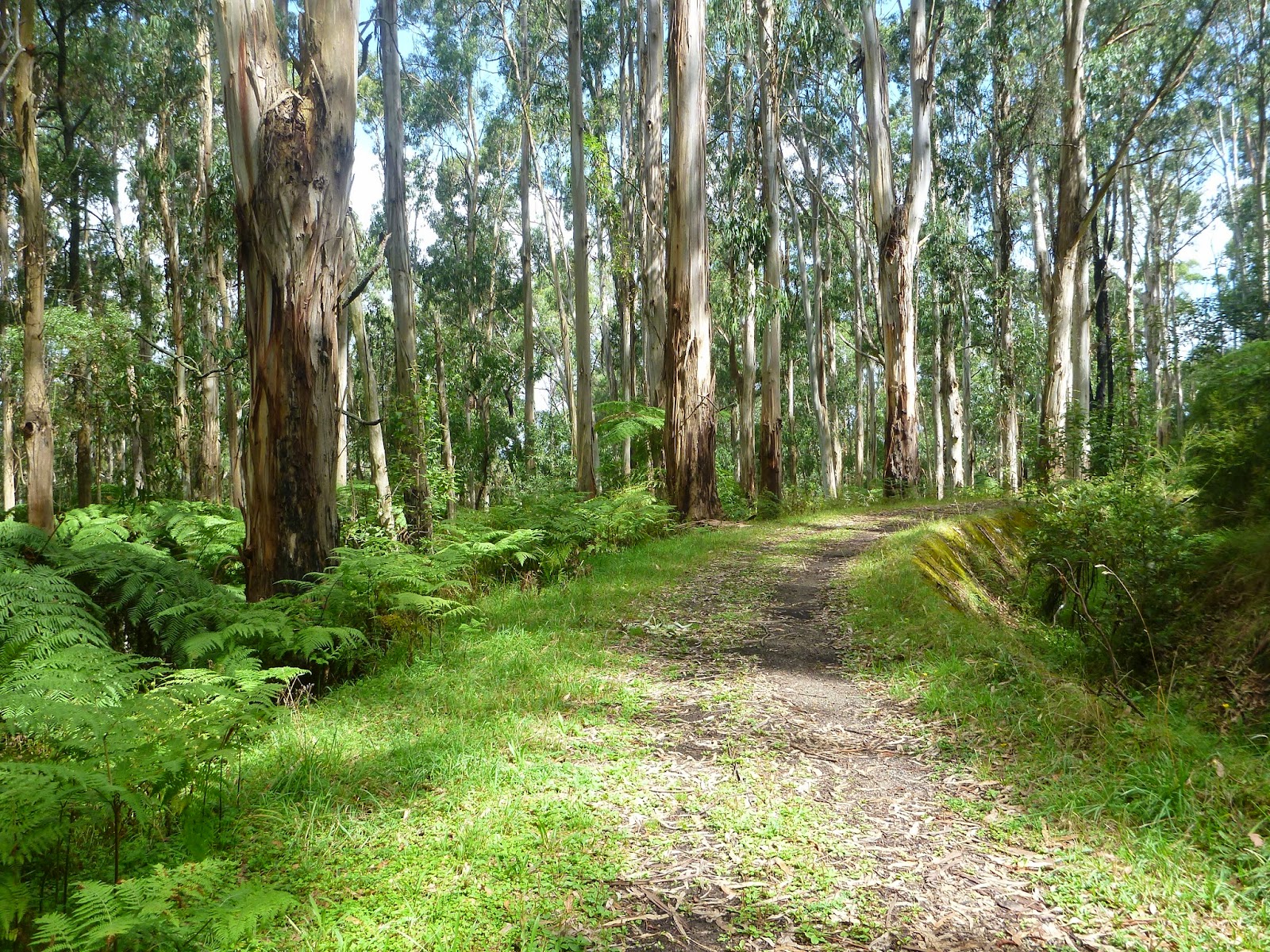 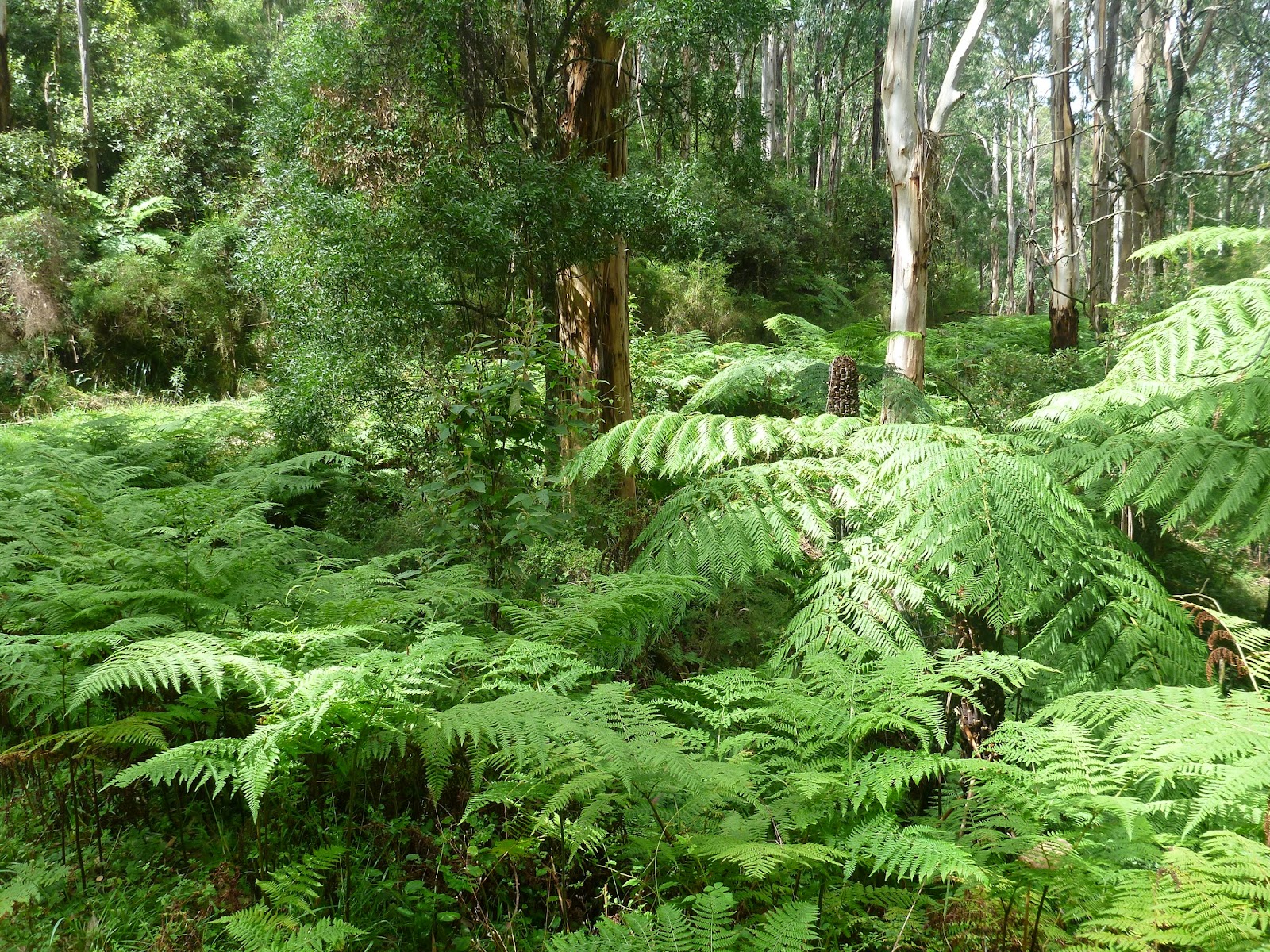 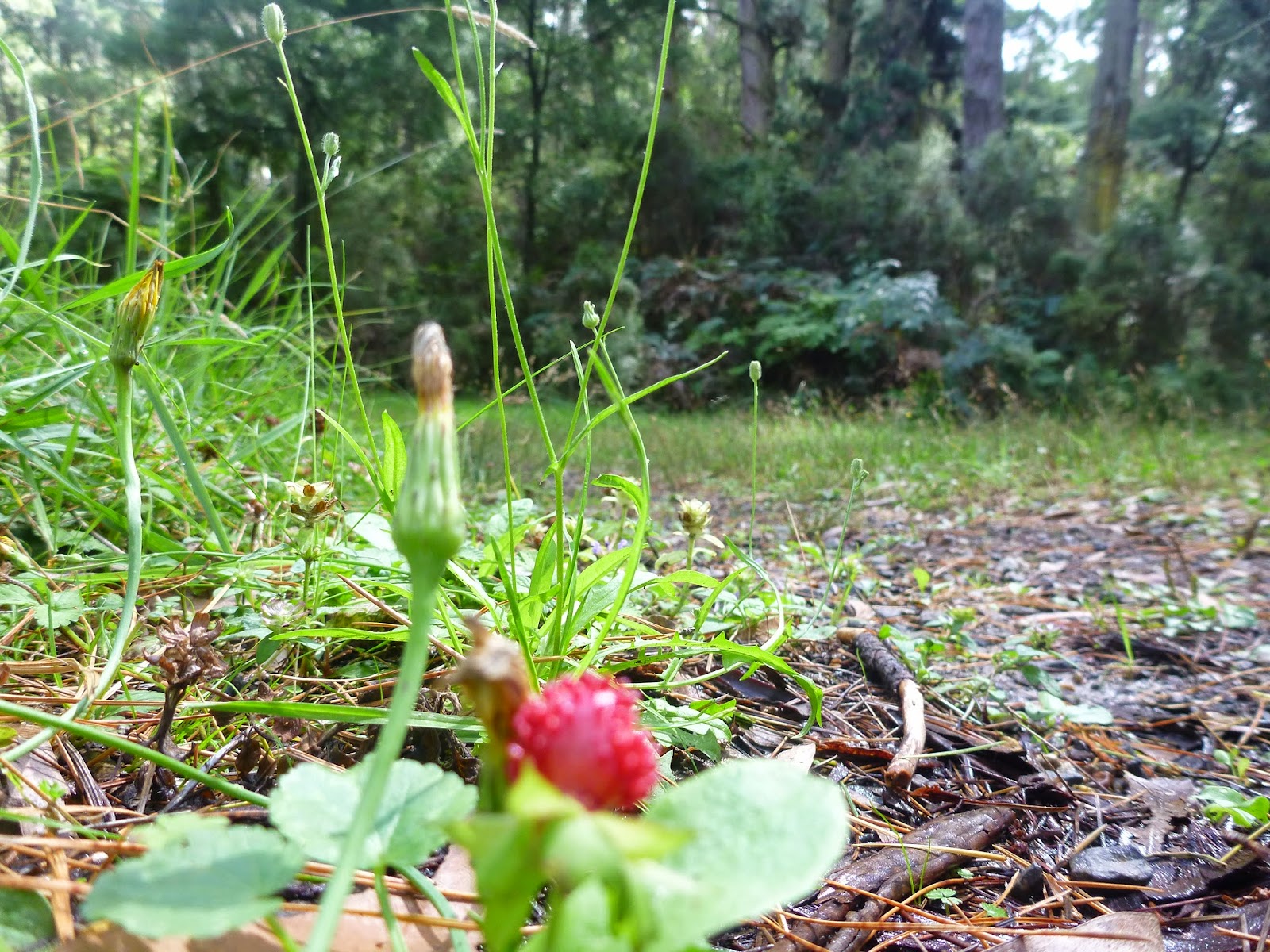 It’s mainly flat, easy riding albeit with one section which drops steeply down onto Don’s road (named Edwards Road Car Park on the map) and then back up again onto the trail, and the trail does get rougher and less managed the further you get from Warburton (in fact the last “steep descent” section down to Parrot Road is almost technical with quite a few ruts).

From there (if we ignore the fact that I took a wrong turn when I came out onto parrot road, by heading immediately left back up this road, rather than heading right and then left on the next road) it is a doddle of a ride back to Launching Place (I went along Dalry Road, not realising that it was a busy road to Healesville, if I had my time again, I’d probably go down Koo Wee Rup Road and jump onto the tail trail there).

From Launching Place it was just a case of following the rail trail back to Warburton. 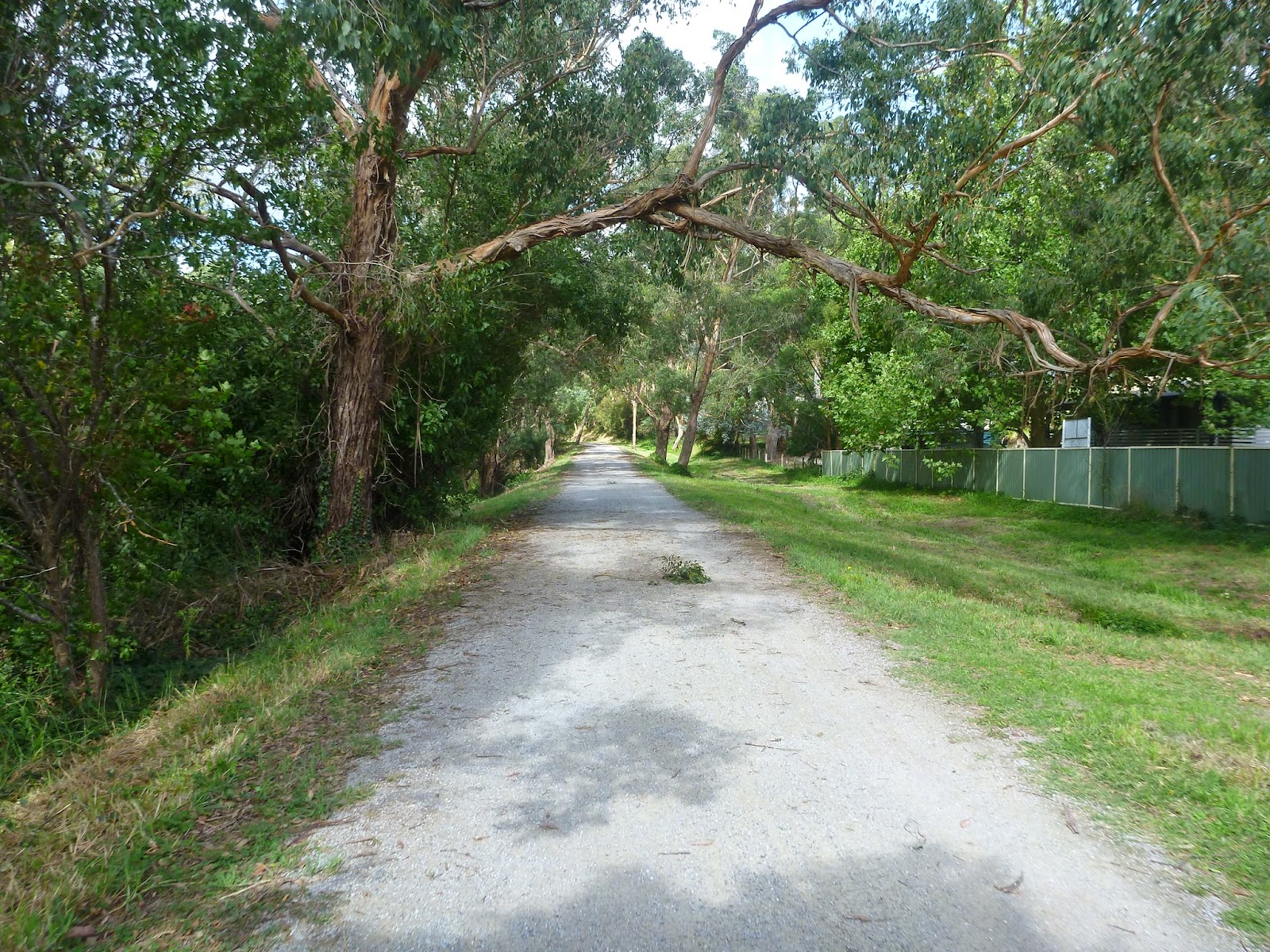 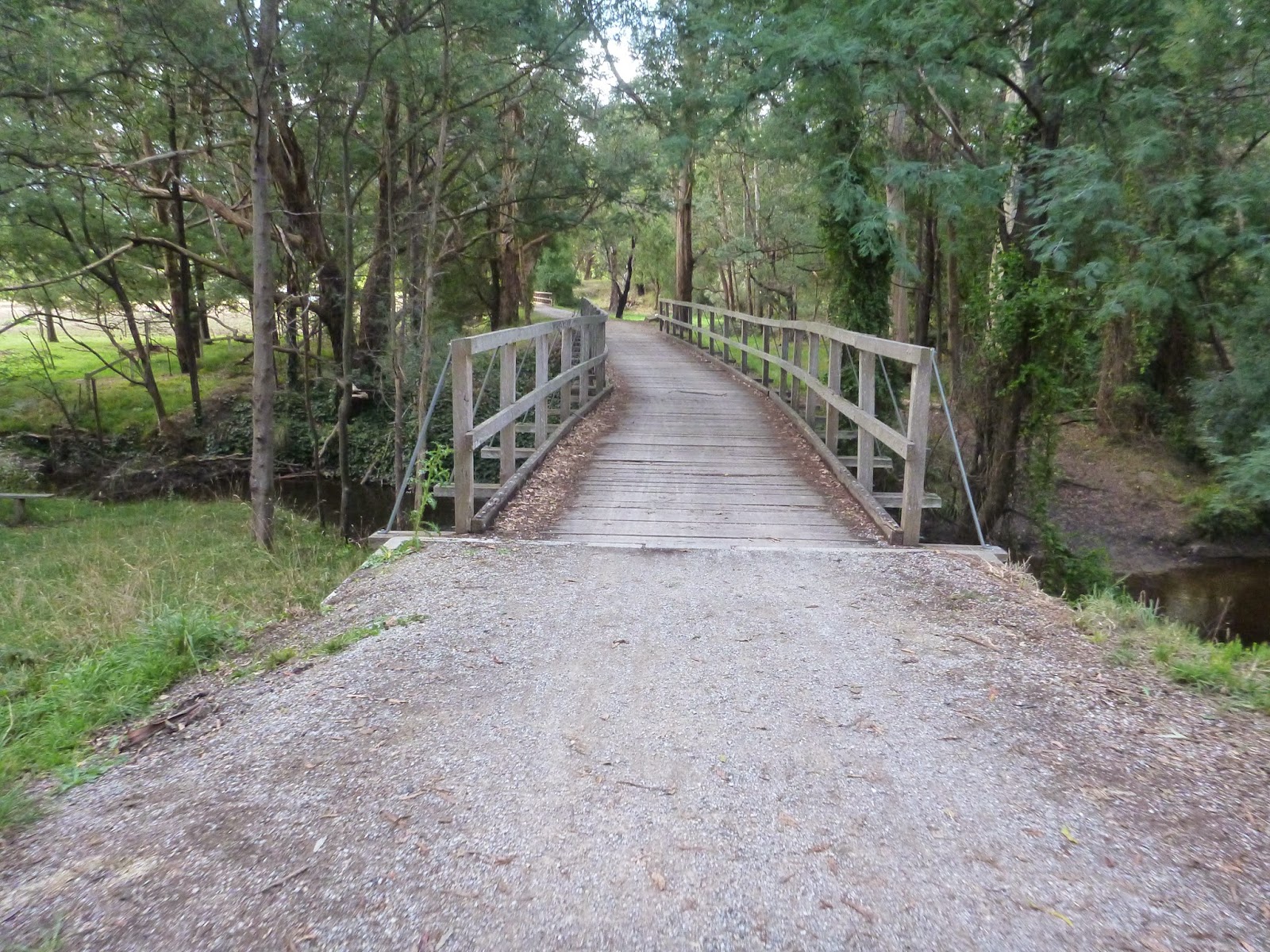 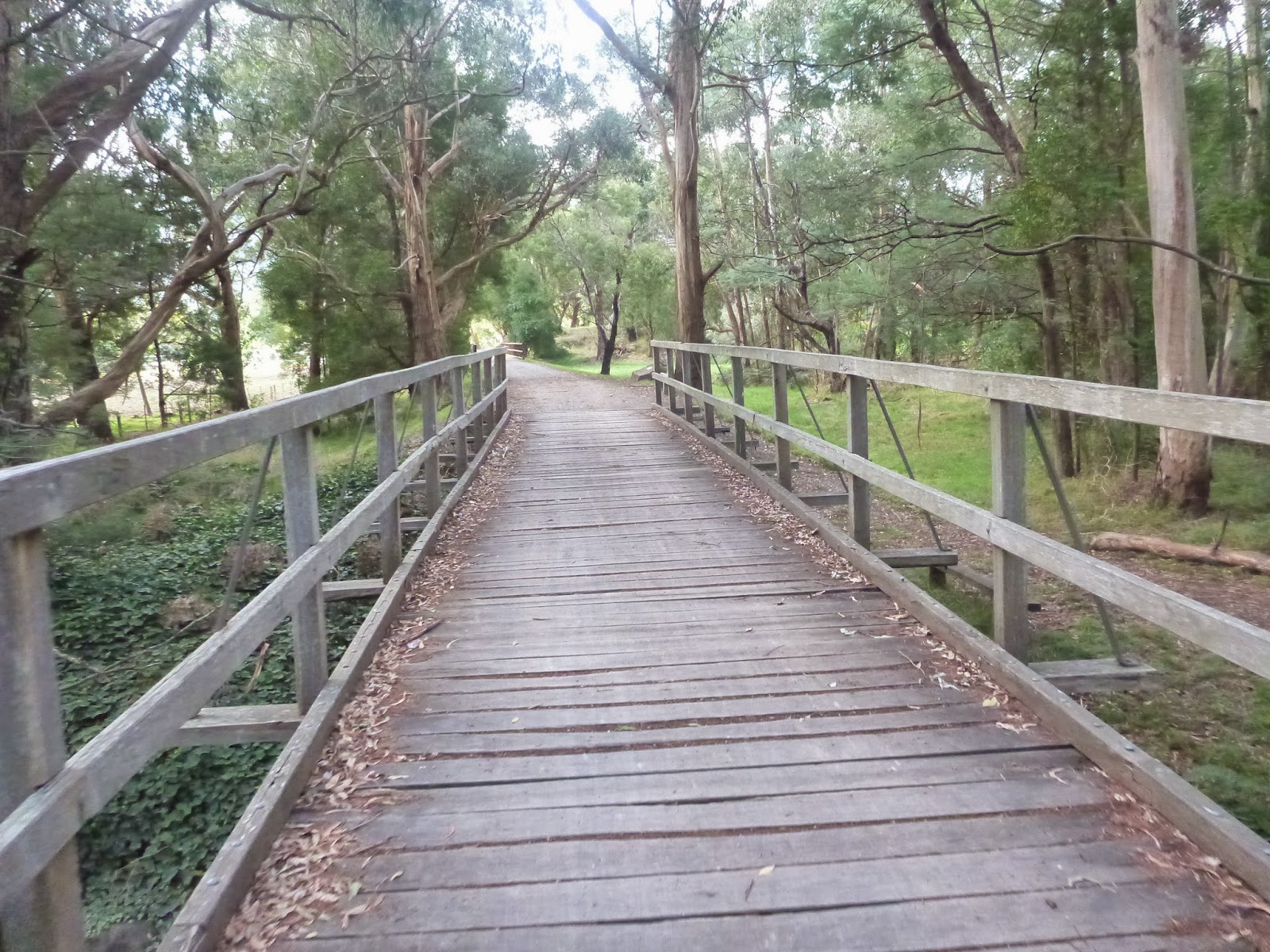 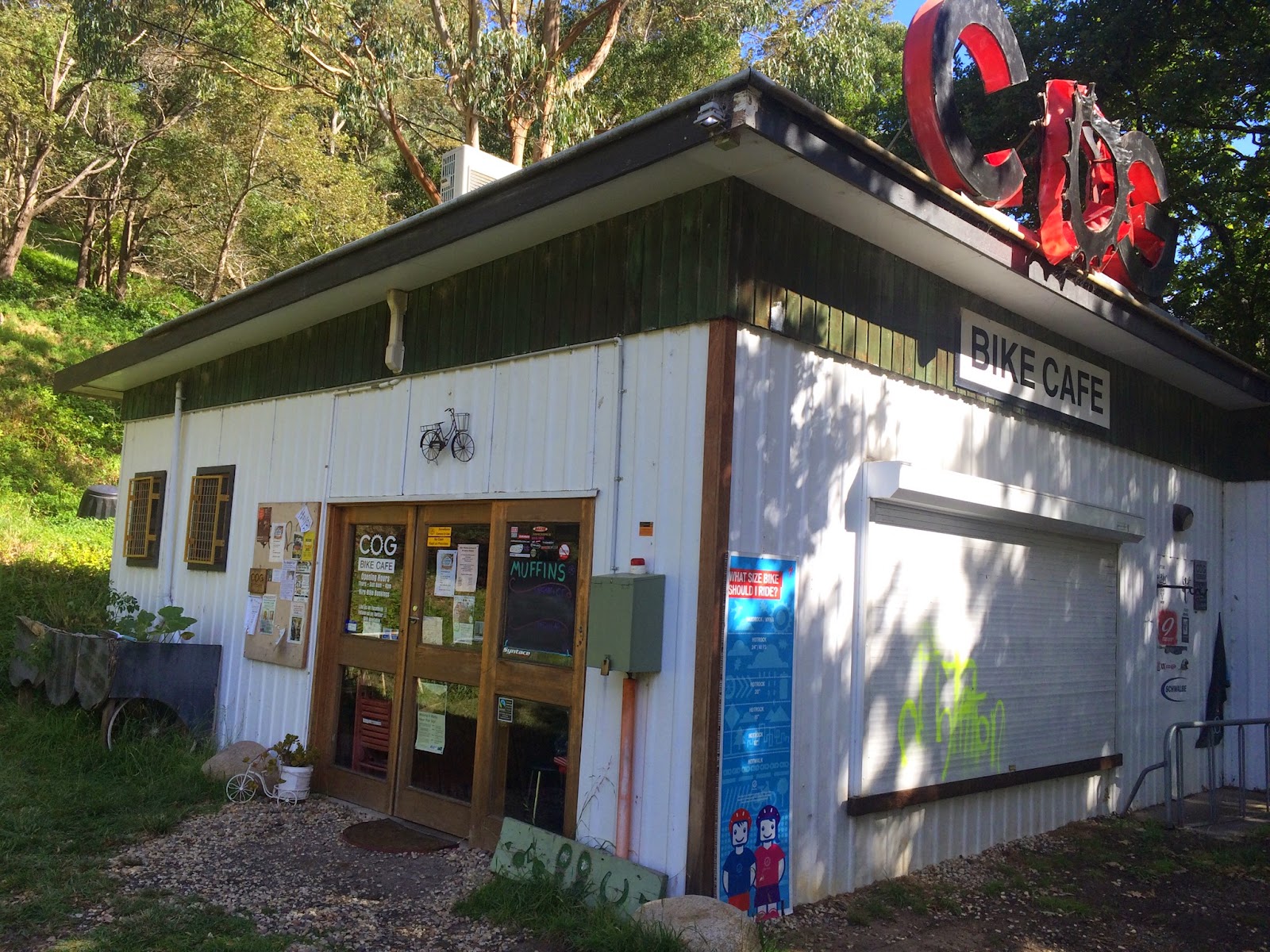 To be honest, after riding the aqueduct trail, I found the rail trial pretty boring – a general observation I make about several of the rail trails I’ve seen here in Victoria which seem to go through fairly uninteresting areas and run largely parallel to busy roads.

I guess that makes it a good holiday.

Postscript – To finish the day, I jumped onto booking.com at Warburtorn to find somewhere to stay and found what looked to be a nice little hotel in nearby Healesville at a good rate ($99).  For some reason though, I decided to just drive there and book directly.  Of course when I arrived the room had been booked and so I ended up just staying in an overpriced motel.

Sigh – the ups and down of travels.

To be continued … (tomorrow – Kim arrives!!)