A while back I’d had a little burst of energy thinking I should decide where we were going to go on this trip and so I purchased four rail trail maps.

I’d even opened the envelope when they arrived and had a quick glance through them.

Admittedly that was all that I did, because as Kim will attest I actually did the planning for this trip on Thursday night … about 11pm … when I sent her a proposed itinerary which sort of said “We’ll start in Melbourne, ride all these places and be back in Melbourne a week later“.

Just for the record, I then got up at 5.30am to pack and went to work early so I could leave at 2.30pm in time to get the ferry in Devonport (but as we all know, not with enough time to buy something to eat before hand).

However in my packing extravaganza on Friday morning, I did throw those rail trail maps into the car, which turned out to be a god-send today, because as I was sitting at the closed Buxton MTB Trailhead thinking what to do seeing who they were closed, another cyclist who was also there said to her friend “maybe we could go and ride a bit of the Healesville Rail Trail instead” … and there was my Plan B. 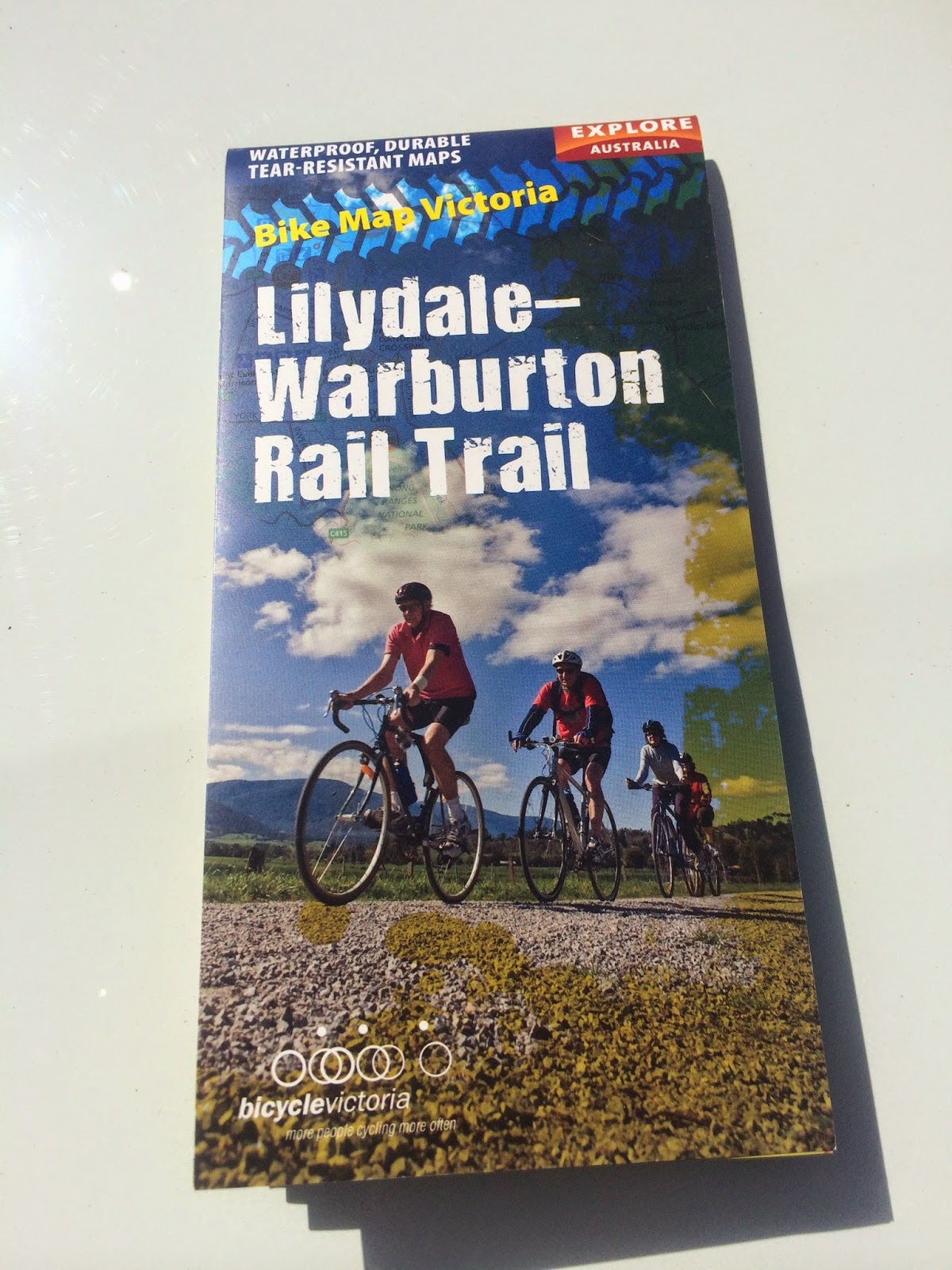 After I managed to find my way to the start at Lilydale, I set off with the vague plan of trying to ride about 50kms and not get lost … 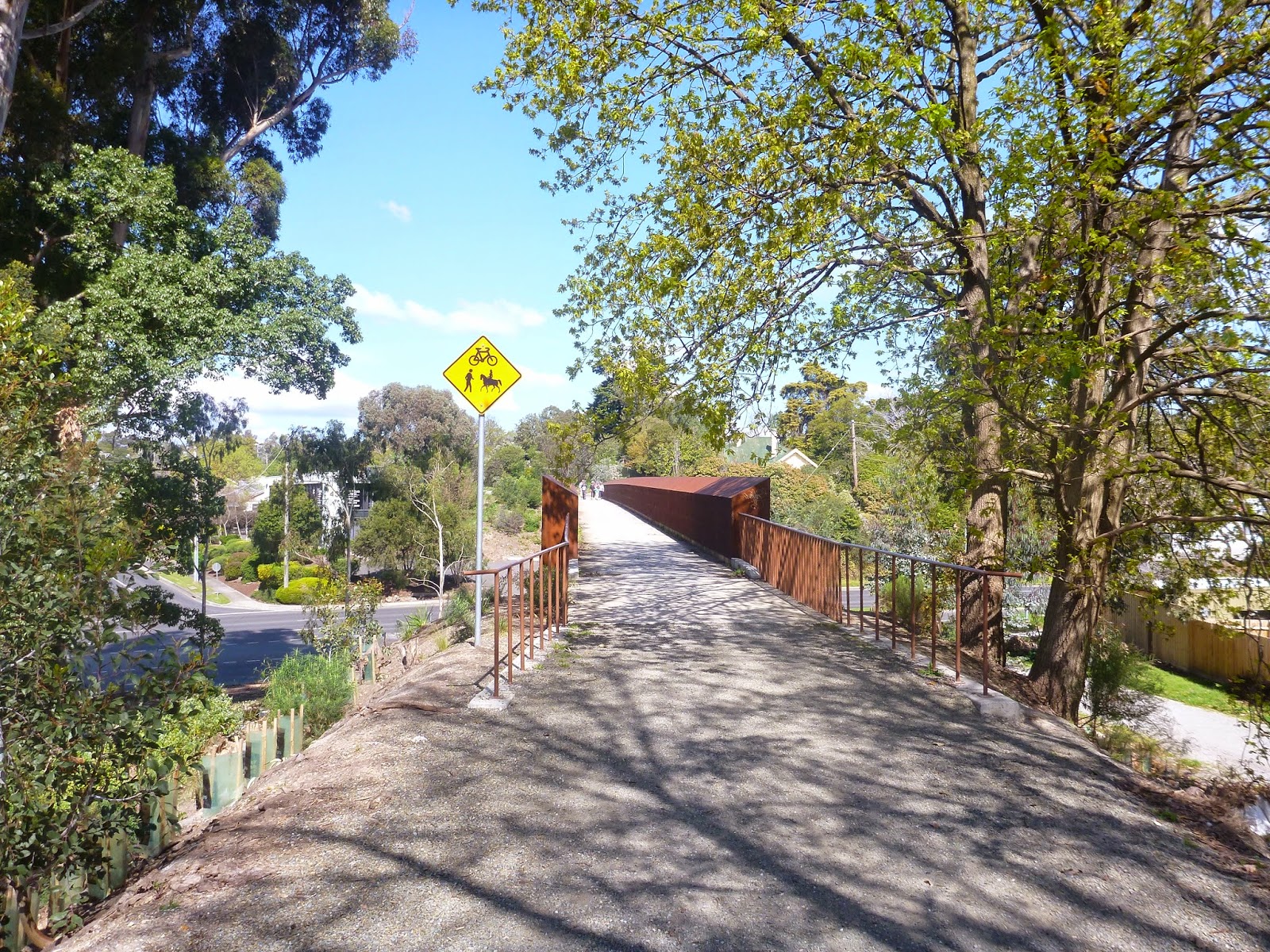 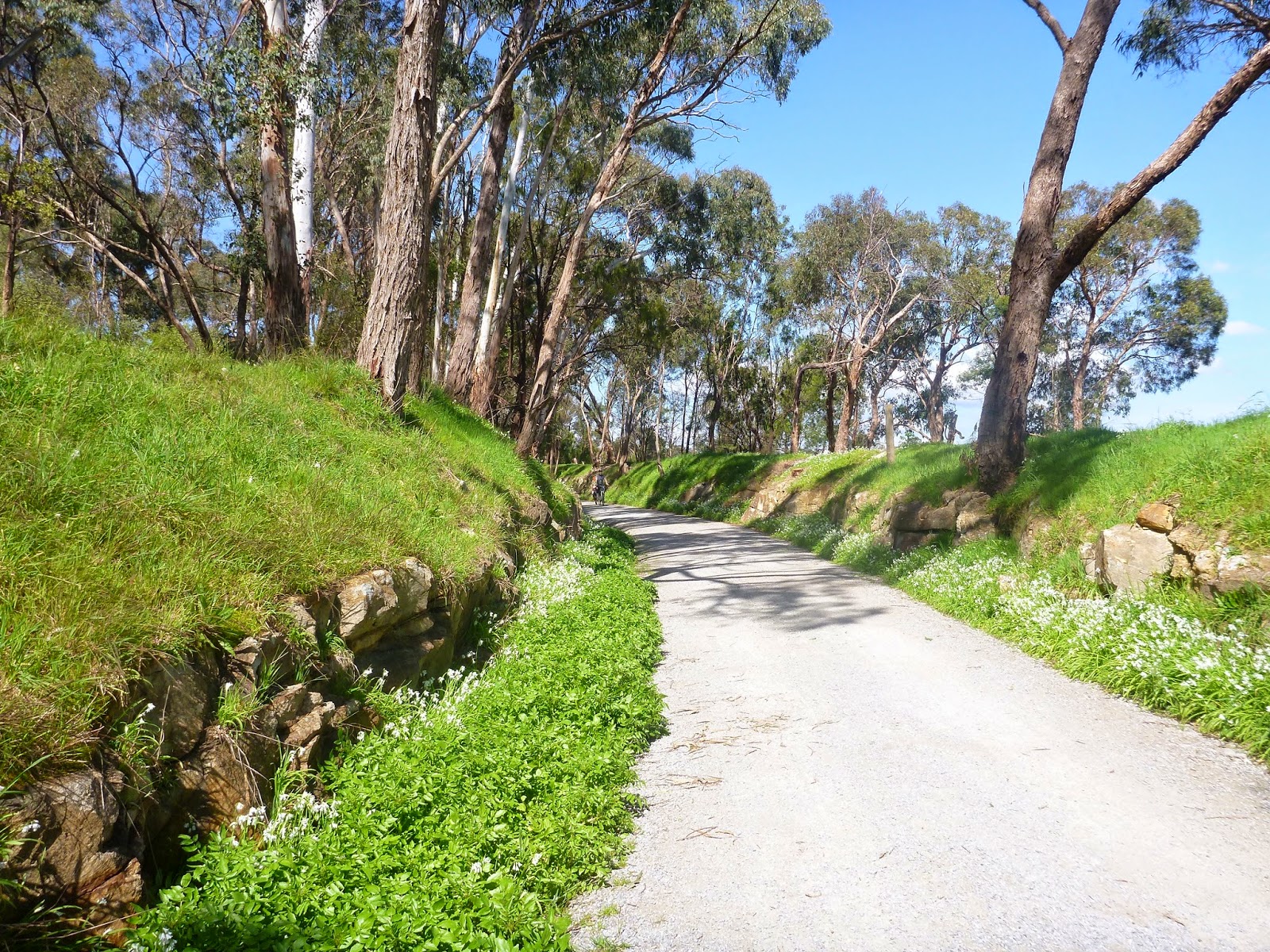 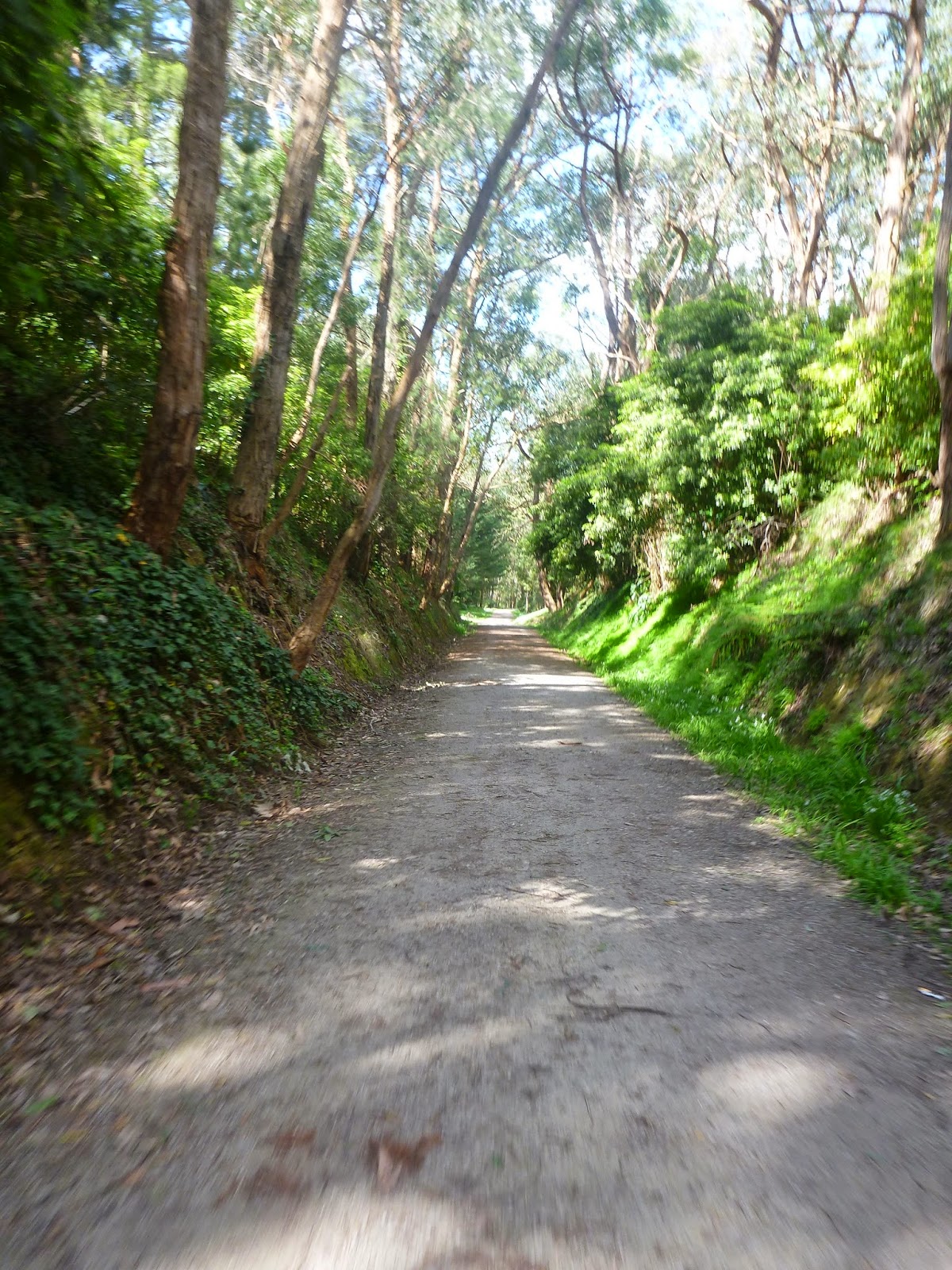 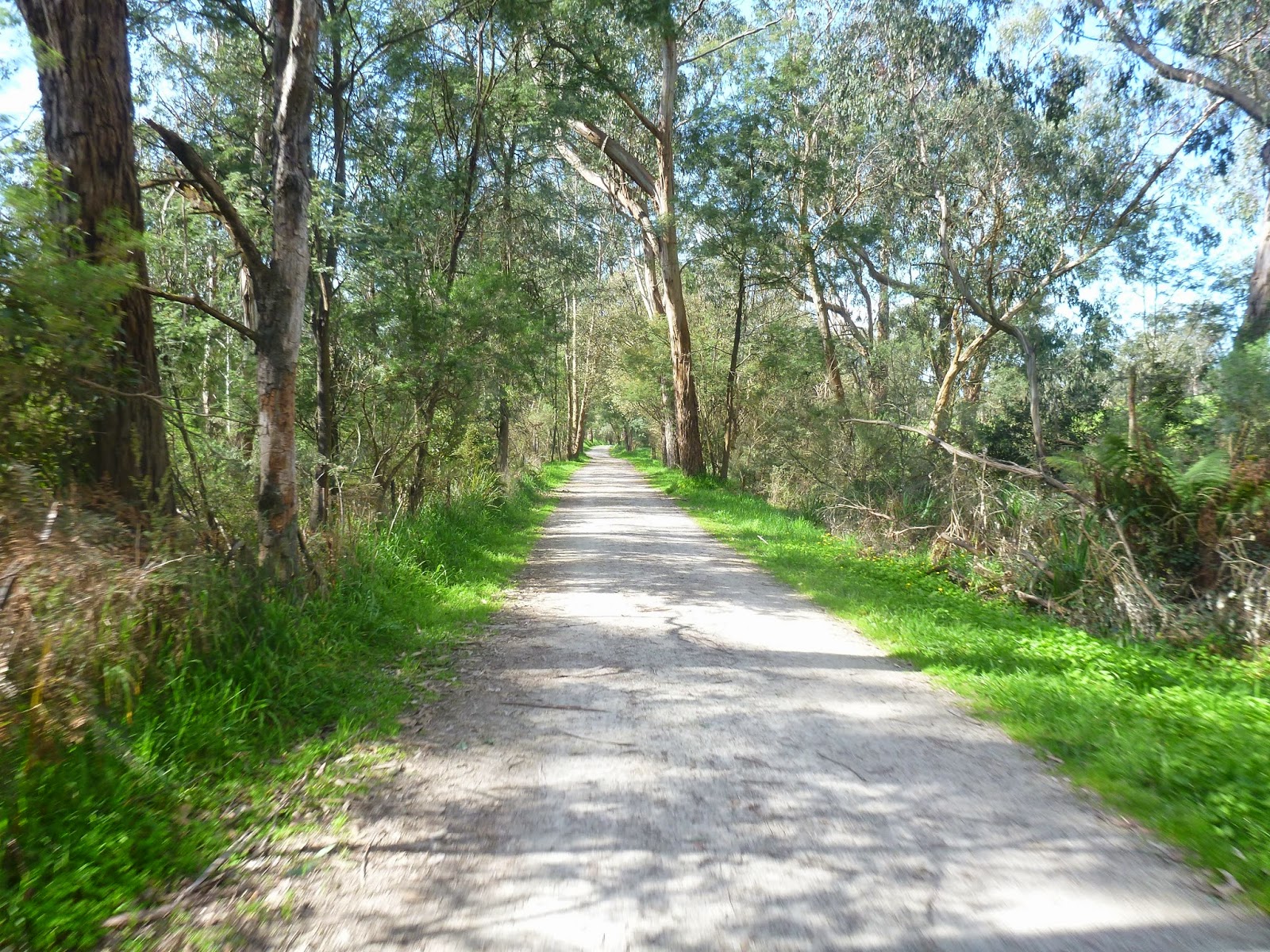 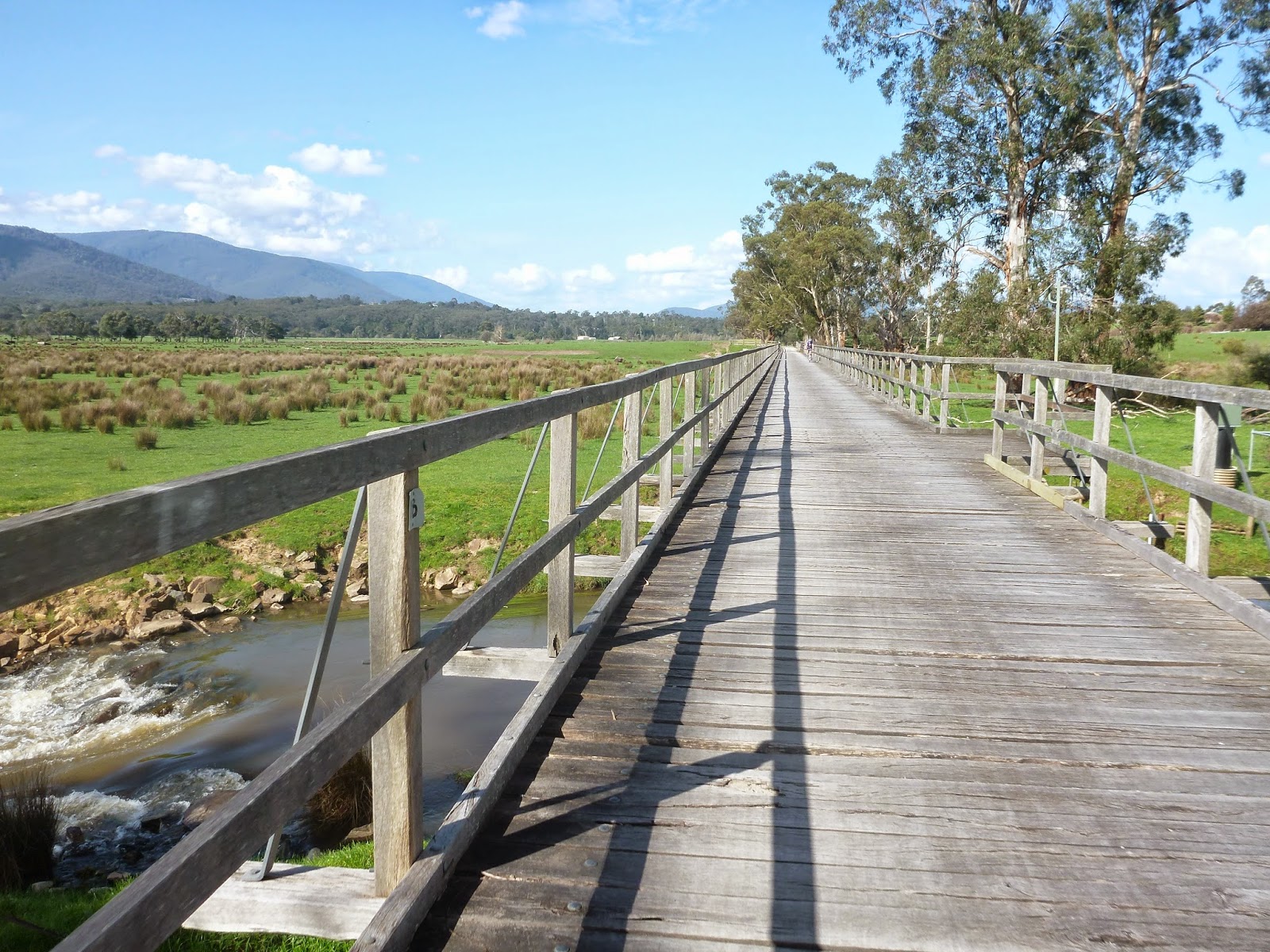 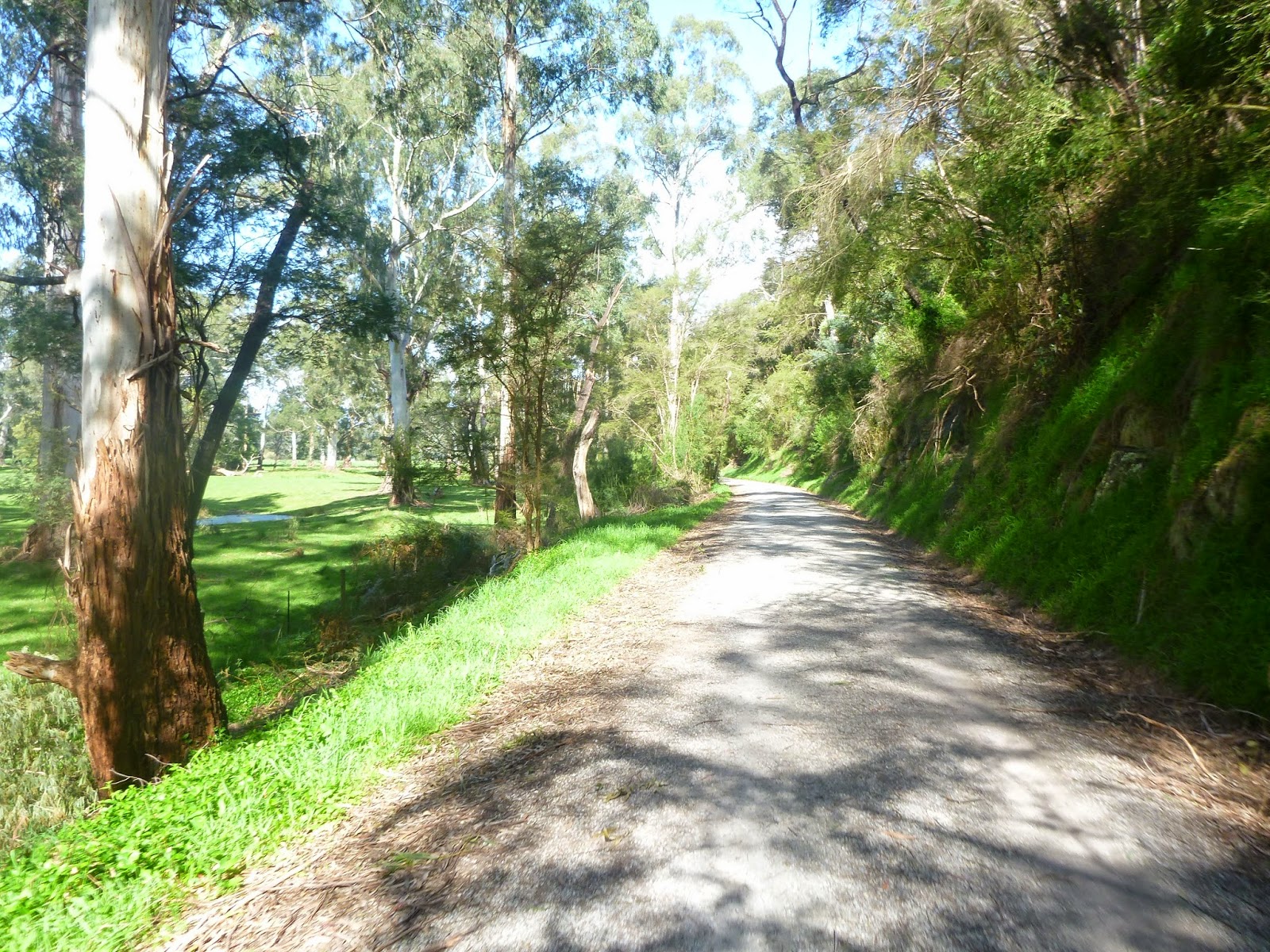 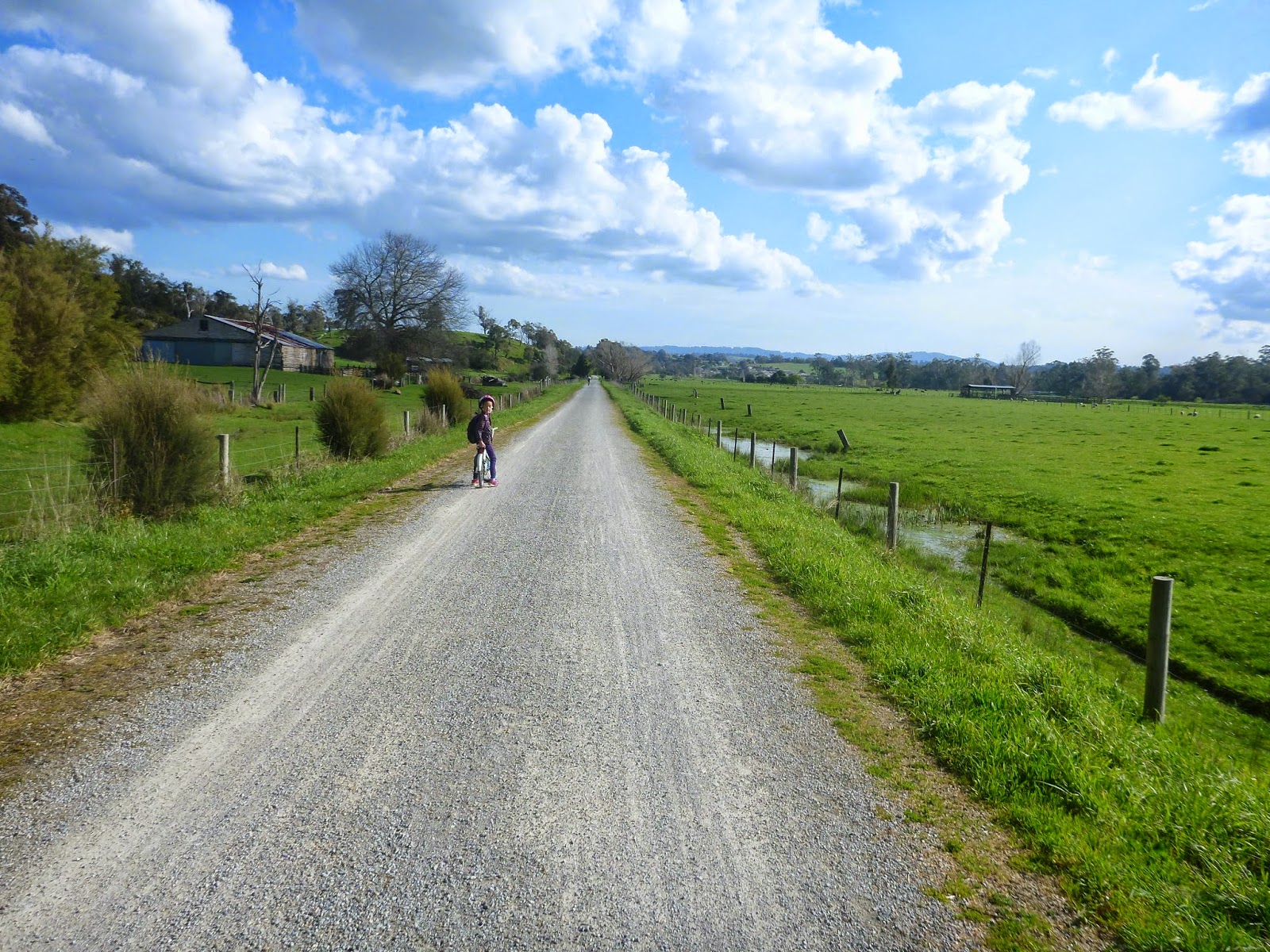 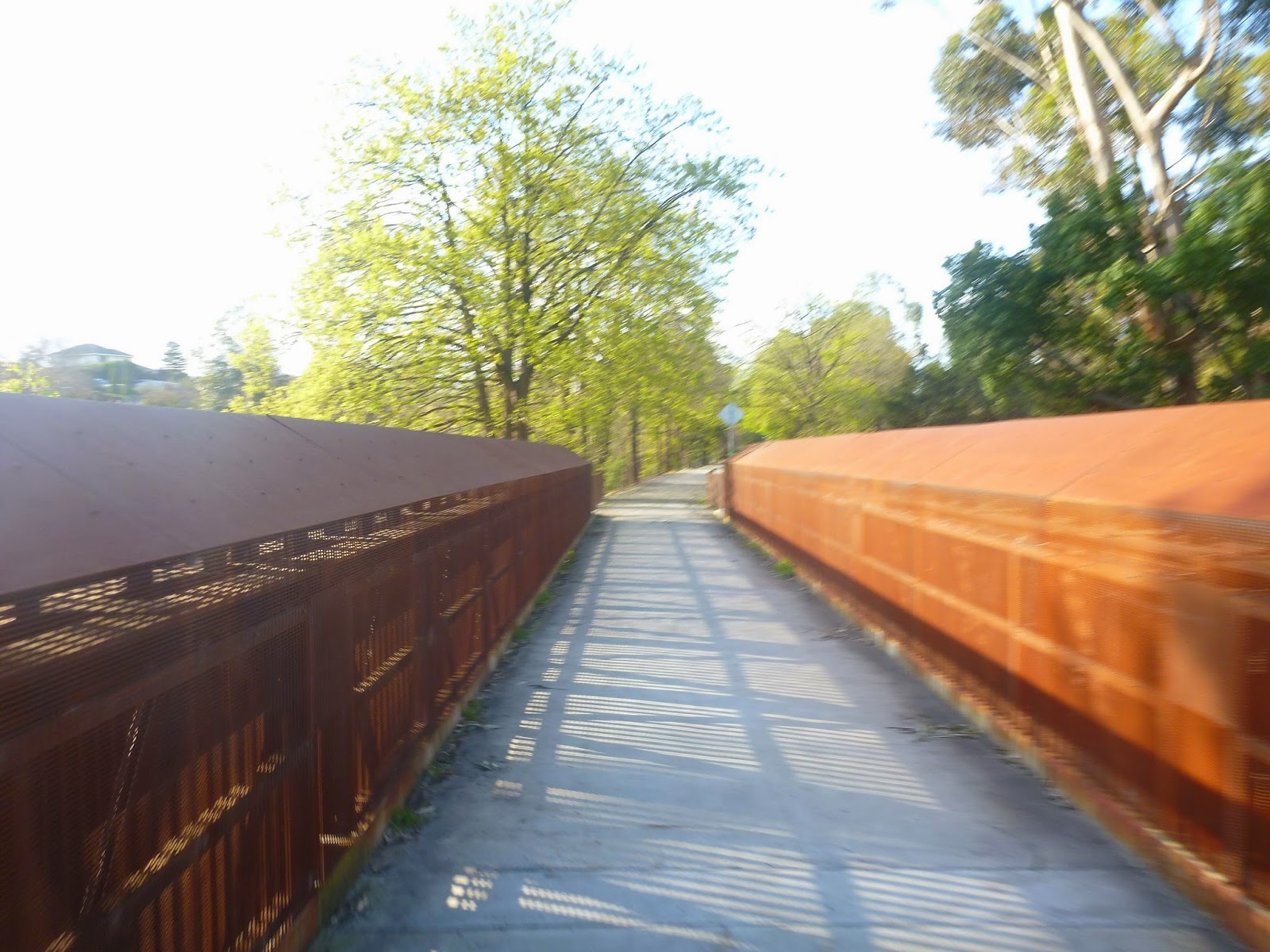 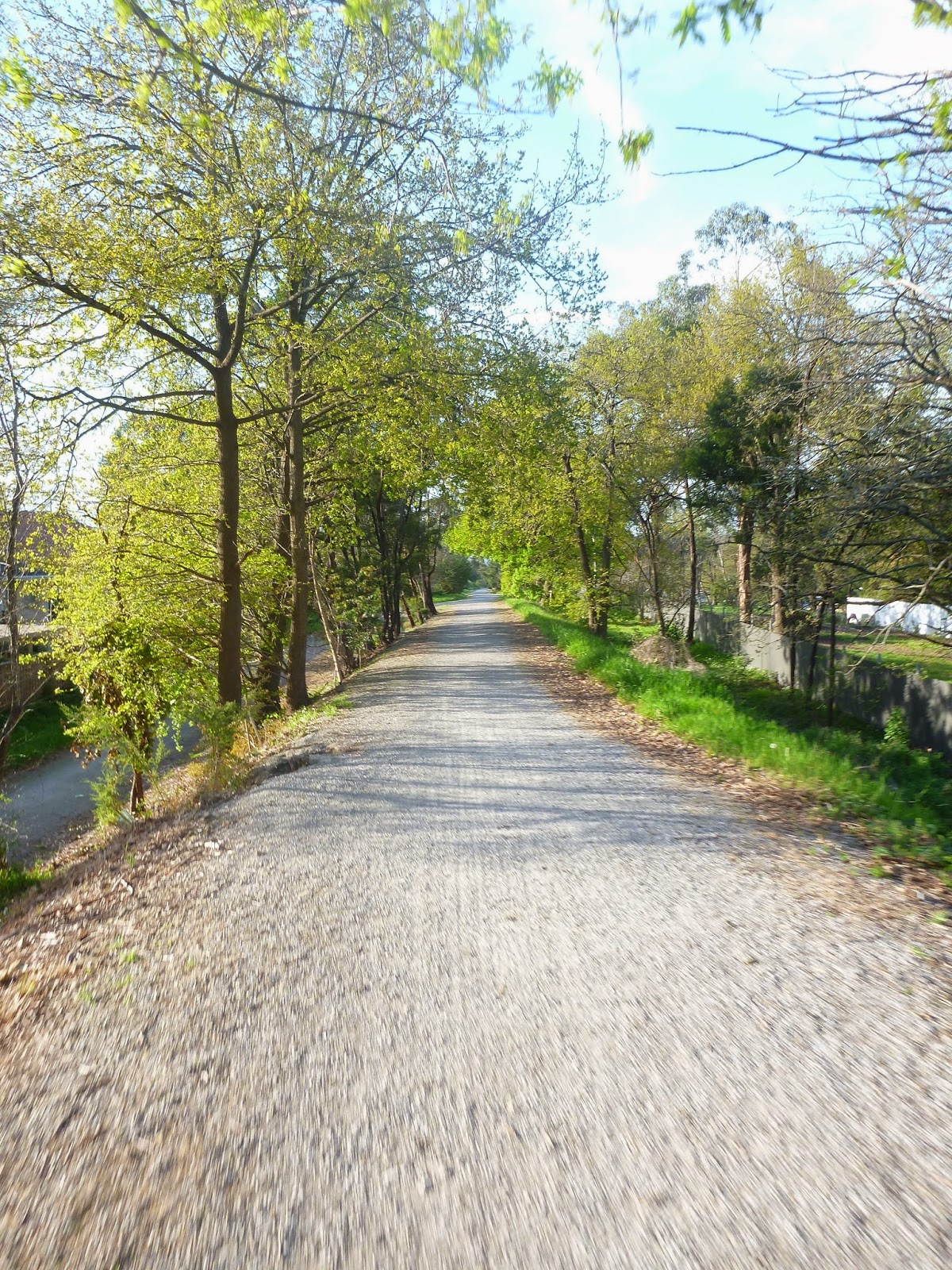 It was a really pleasant ride (I only went as far as Launching Place which was about 58kms return), lots of people out riding, many more walkers and even a few horse riders.  The promised climb was a doddle (though I met a few people who disagreed) and although not a huge fan of rail trails, I can see the attraction of this route with it’s convenience to Melbourne and lovely country feel.

The population and use also helps support a few cafes along this way, including this very cool ‘Carriage Cafe’ which seemed a very popular turn around point for many. 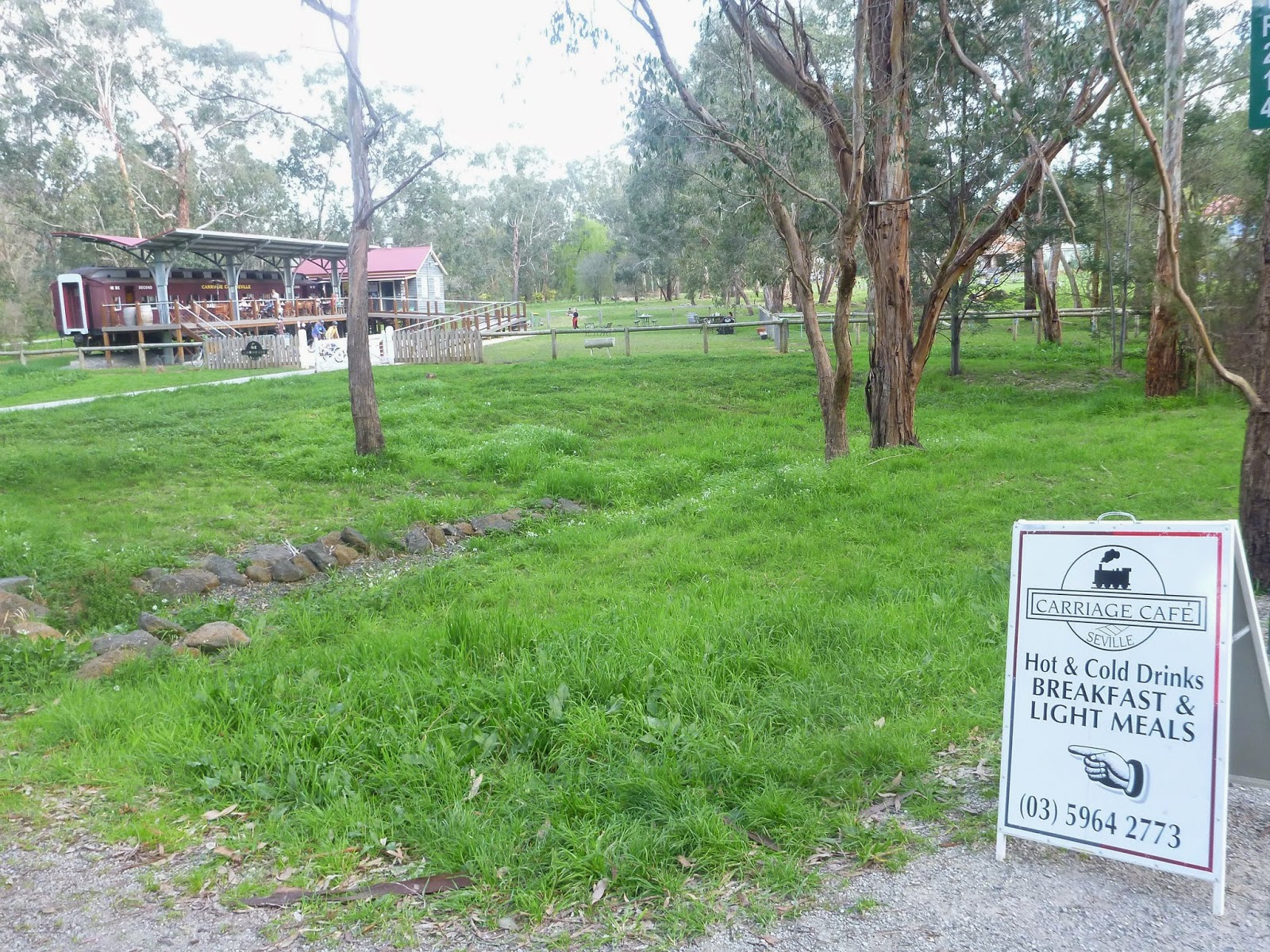 So 50kms ridden.  Check.
Pleasant ride: Check.
Didn’t get lost on the rail trail: Fail (Yep, I actually missed a turn and went off on some aqueduct trail for a while).

Still, if I wanted a social ride near Melbourne … this trail would definitely be on my options list.