Skip to content
It’s easy for little things to go wrong.
For example, in order to coordinate our recent trip to Victoria, I’d parked my car in Hobart on Friday morning and gone into work.  Kim (on her way to work) had hunted down my car and put her bike and gear for the trip in the back.  I’d then worked until 2.30pm, jumped in the car and driven North to catch the ferry.  All good.
Two days later, Kim flew over to join me.  She got dropped at the airport and figuring she wouldn’t need her house and car keys in Victoria, she left them with Antony.  Still all good.
Half way to Blores MTB Park, the realisation hit her that she’d put her lock around her bike before putting it in my car … and the bike lock key was now back in Tasmania with her house and car keys.
This was not so good.
We stopped in Traralgon when we saw a bike shop and went in to ask if they had any tools to cut the lock off, but they basically told us to go up to Supercheap Auto and buy our own.
So we did.
Kim walked there, while I drove the car down, and she got there first.  I therefore walked in to find her dragging a 32 inch bolt cutter down the aisle that was almost as tall as her and so heavy that I reckon it would have taken both of us to lift them into the car.  Kim, meanwhile, was fretting a bit about the price and whether they’d cut through her bike chain.
I suggested that we try a $5 hacksaw instead of lugging that great thing around and then we compromised:  We bought the cheap hacksaw, but Kim also bought some extra hacksaw blades (which cost more than the hacksaw).
Out at Blores MTB Park we then set about cutting through the lock with our little hacksaw…
Thirty seconds later we were finished .. 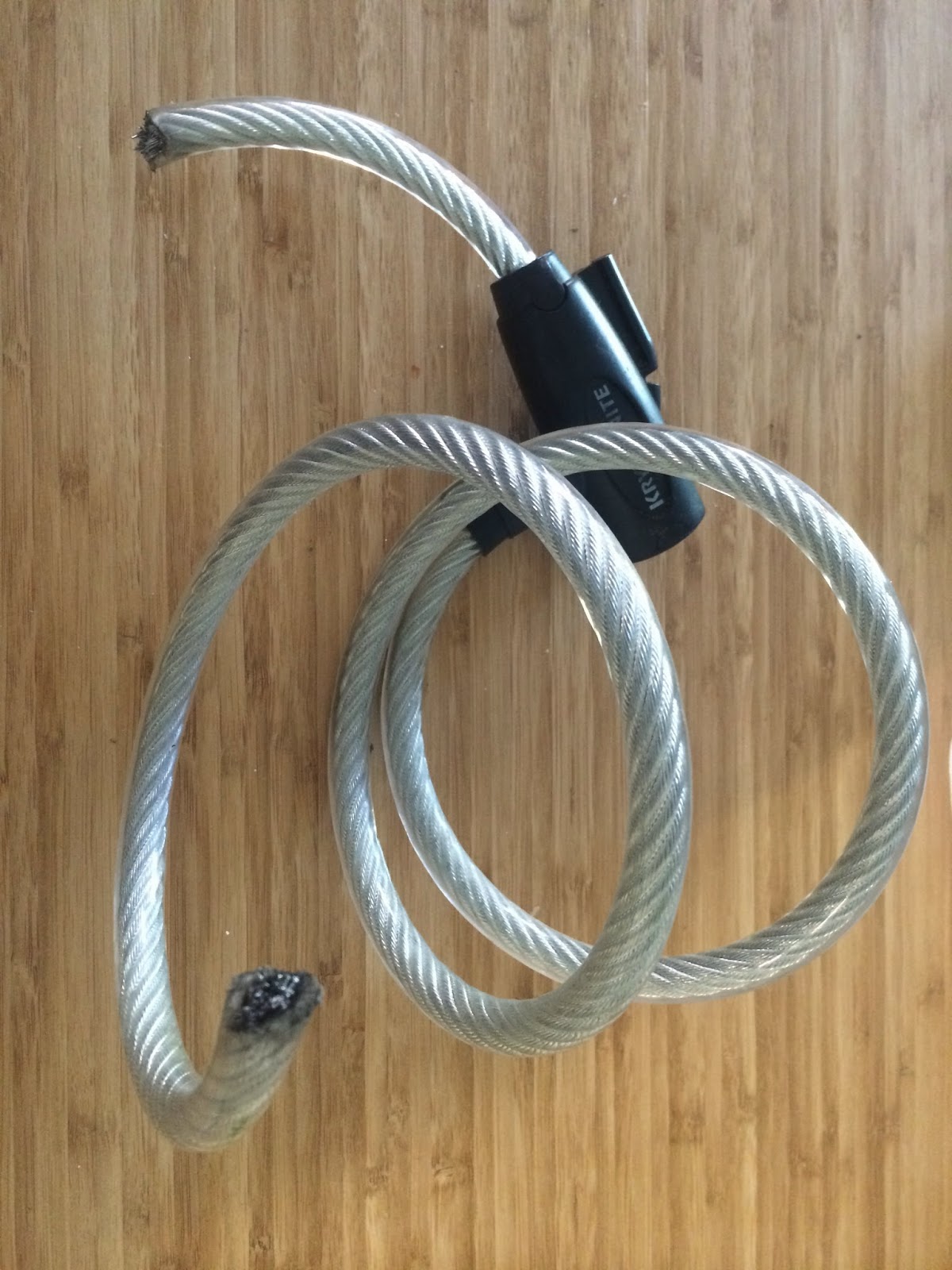 Actually, I exaggerate – it took us at least 2 minutes. 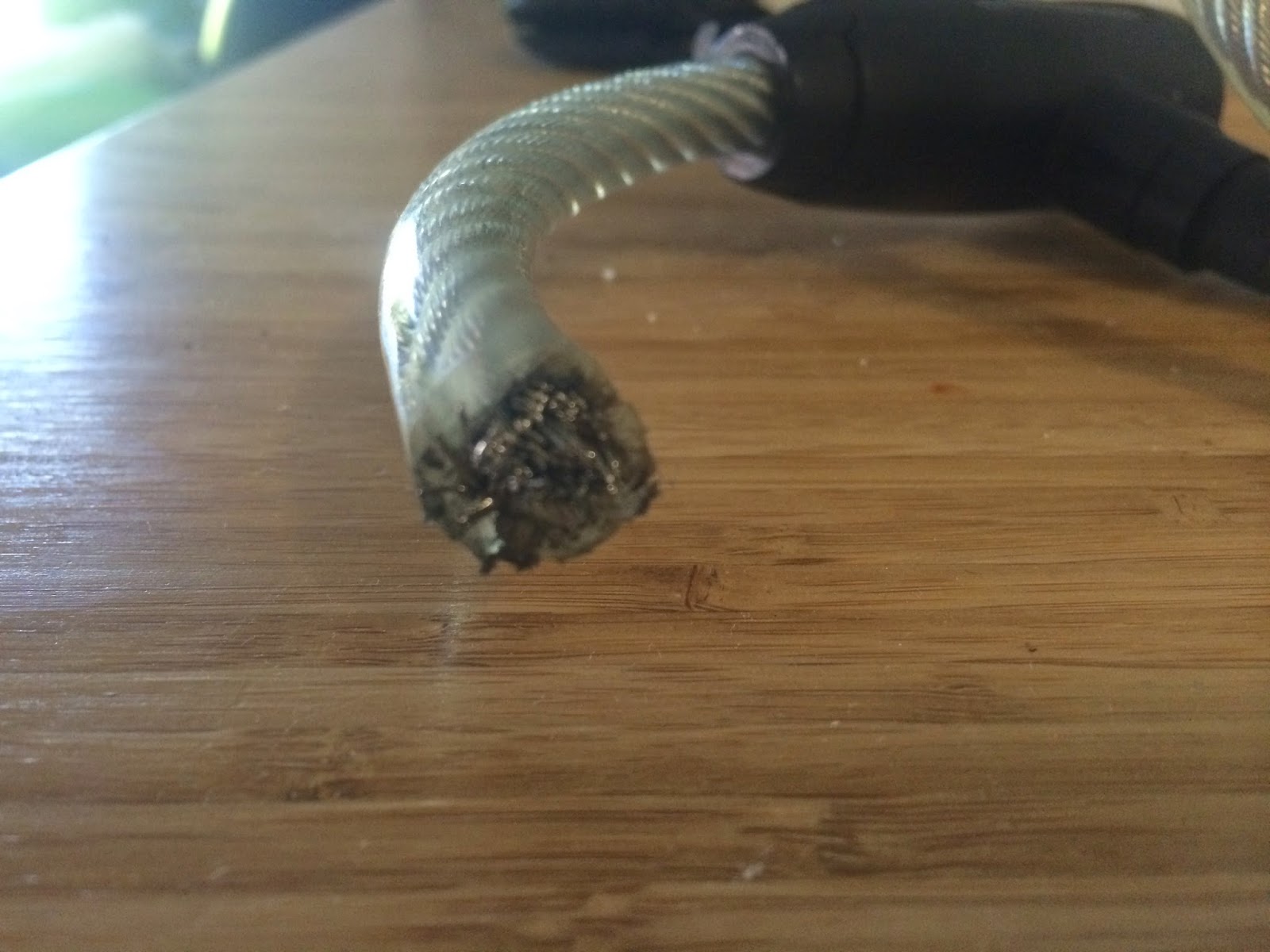 Yep, it’s good to know that our $2,500 bikes are protected by a lock that takes a whole two minutes to cut through with a $5 hacksaw. 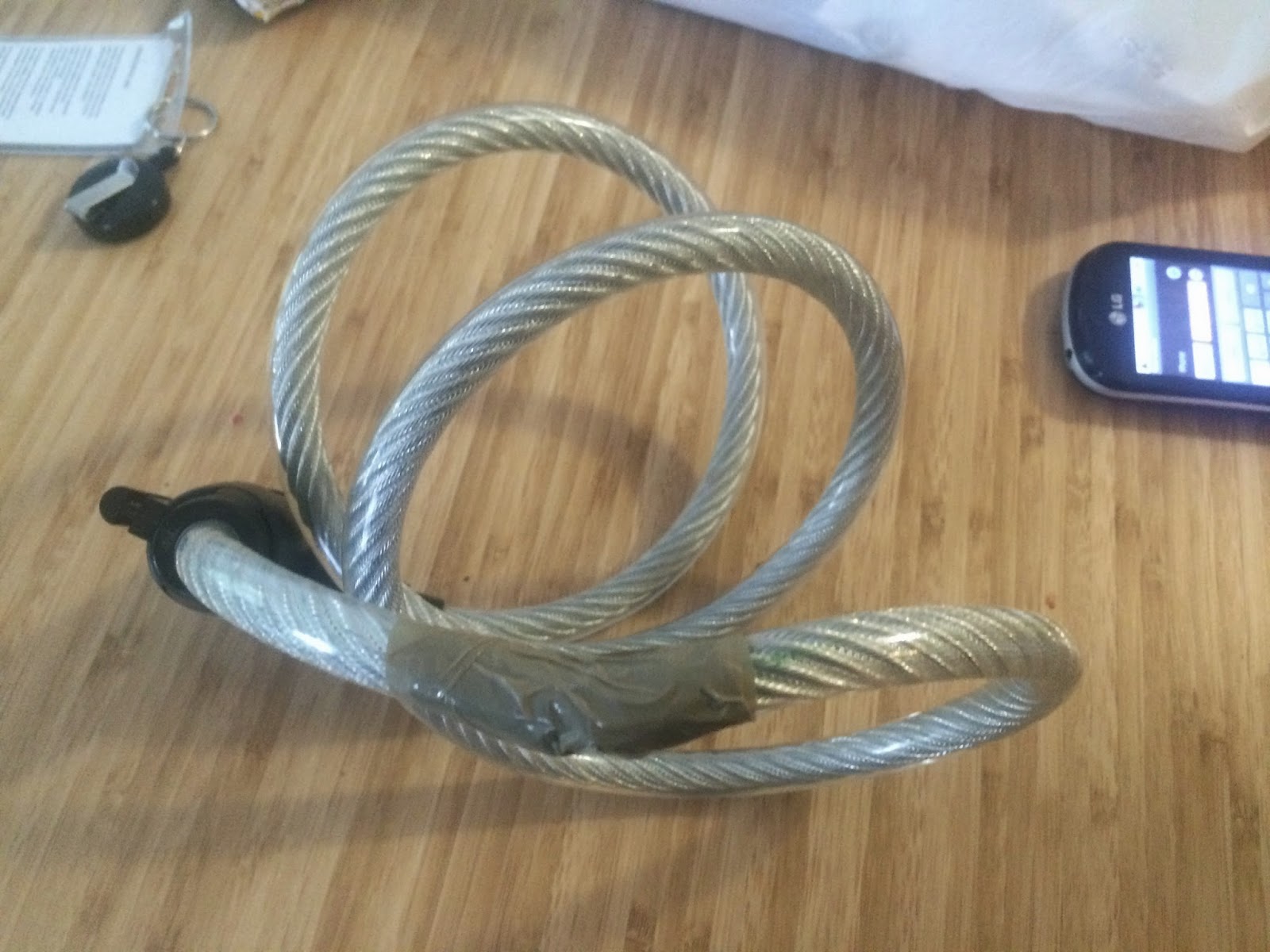 As good (and strong) as new … though I guess if I was really serious about it, I’d probably use gaffer tape, not just packing tape as that’s probably stronger.