OK, there was really two reasons we’d come to Canberra the coastal way, and they both involved Tathra and Cath McComb.

Specifically they involved Cath’s waxing lyrical in her blog about glamping and the mountain bike trails in Tathra.  I wanted to ride those trails and Kim wanted to Glamp (OK, maybe I did too, but I’m not admitting it).

With glamping out of the picture (it’s a minimum two night stay on their website) that just left the trails … and we had no real idea if they’d be open or rideable after the downpour we’d had the previous night. 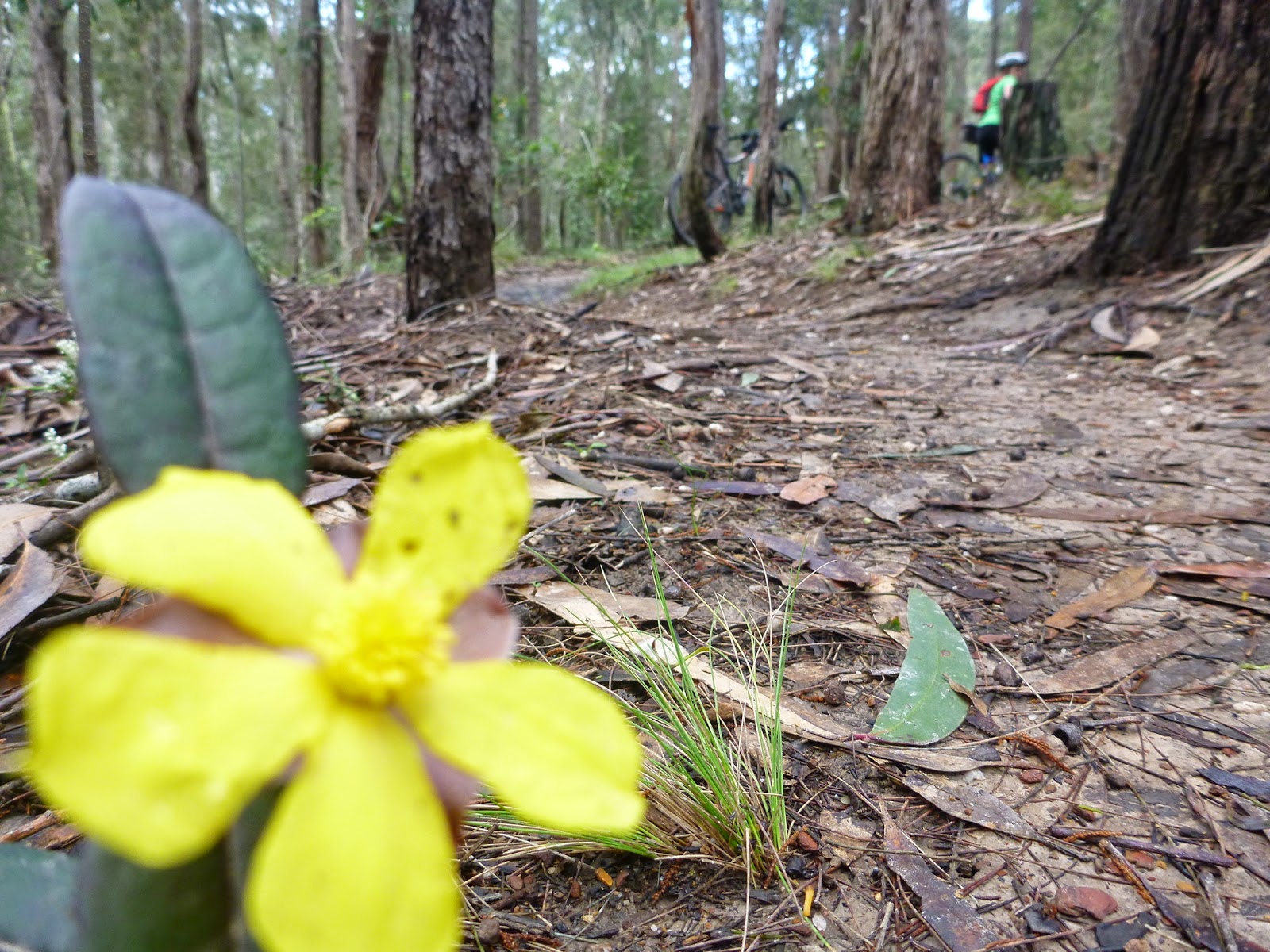 But we figured we were so close to Tathra that we may as well at least check it out (Gypsy, as a side note, sent us off in completely the wrong direction as she obviously was in a rush to get to Canberra).

After ignoring GyPSy and making our way to Tathra, we  were assured by the locals that the trails would be fine to ride … so off we rode.

Now Cath had given me very useful directions, something like “make sure you ride the trails behind the big tank” (or was it shed?).  I actually thought this was a bit obtuse when I read the message … but it turned out it was perfectly excellent advice … and pretty much exactly what the cafe guy told us as well.

So we drove to the big tank, and what do you know, there was a picture of the trails nailed to a tree and so with photo in hand … off we rode. 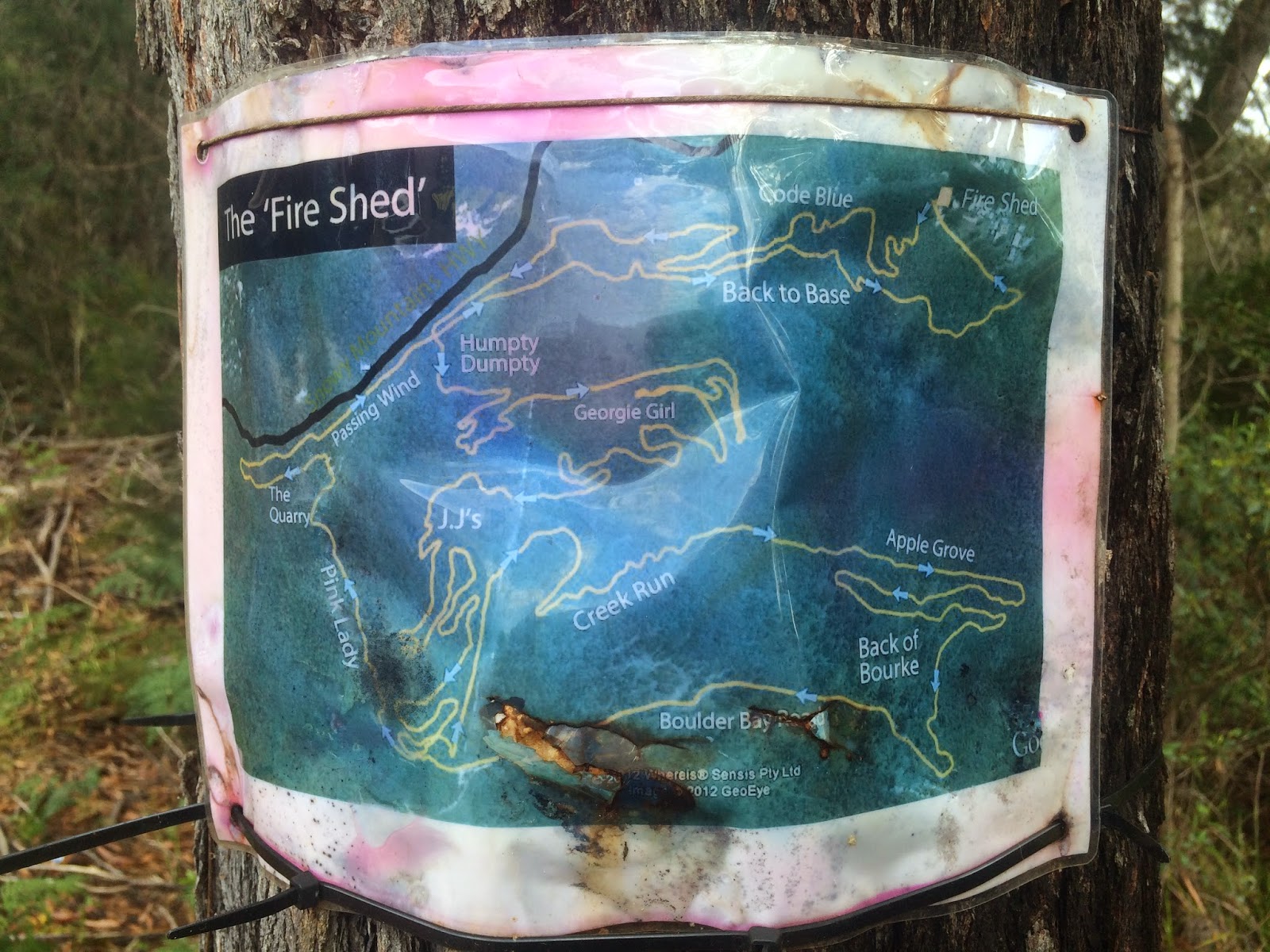 Now the problem we had with these trails was expectations.

I’d assumed from Cath’s blog that it was only a short 3 or 4km trail (why I had assumed this I don’t know).  Kim, on the other hand, had been hearing me waxing lyrical about these amazing trails for days (I am prone to exaggeration and one-eyed bias) and so she was expecting something … well … amazing.

As it turned out that squiggly mess if trails on that sign above is closer to 16kms (strava)  than it is to 4kms, and while the trails were enjoyable … they weren’t anything spectacular given what we’d ridden over the previous days. 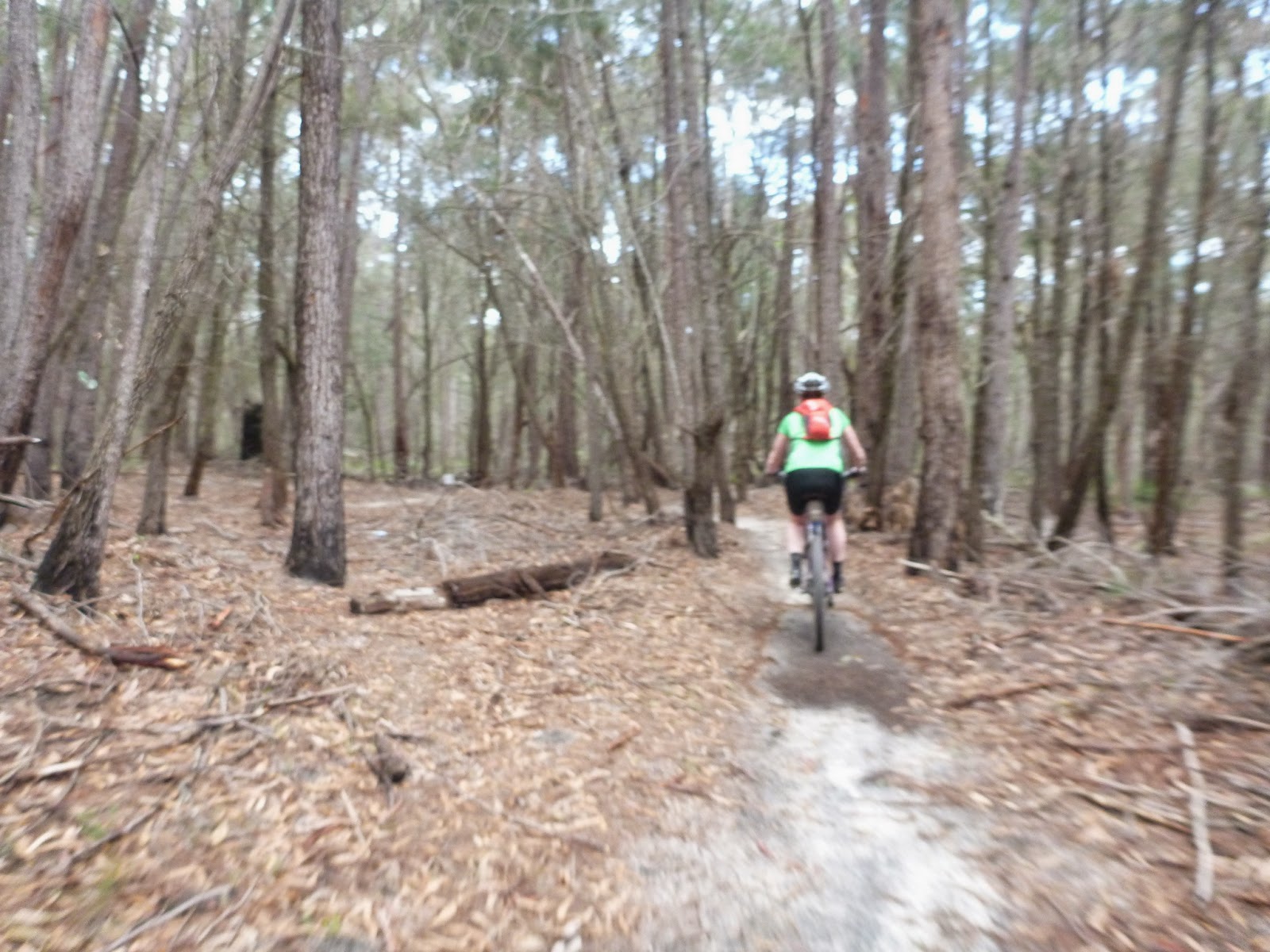 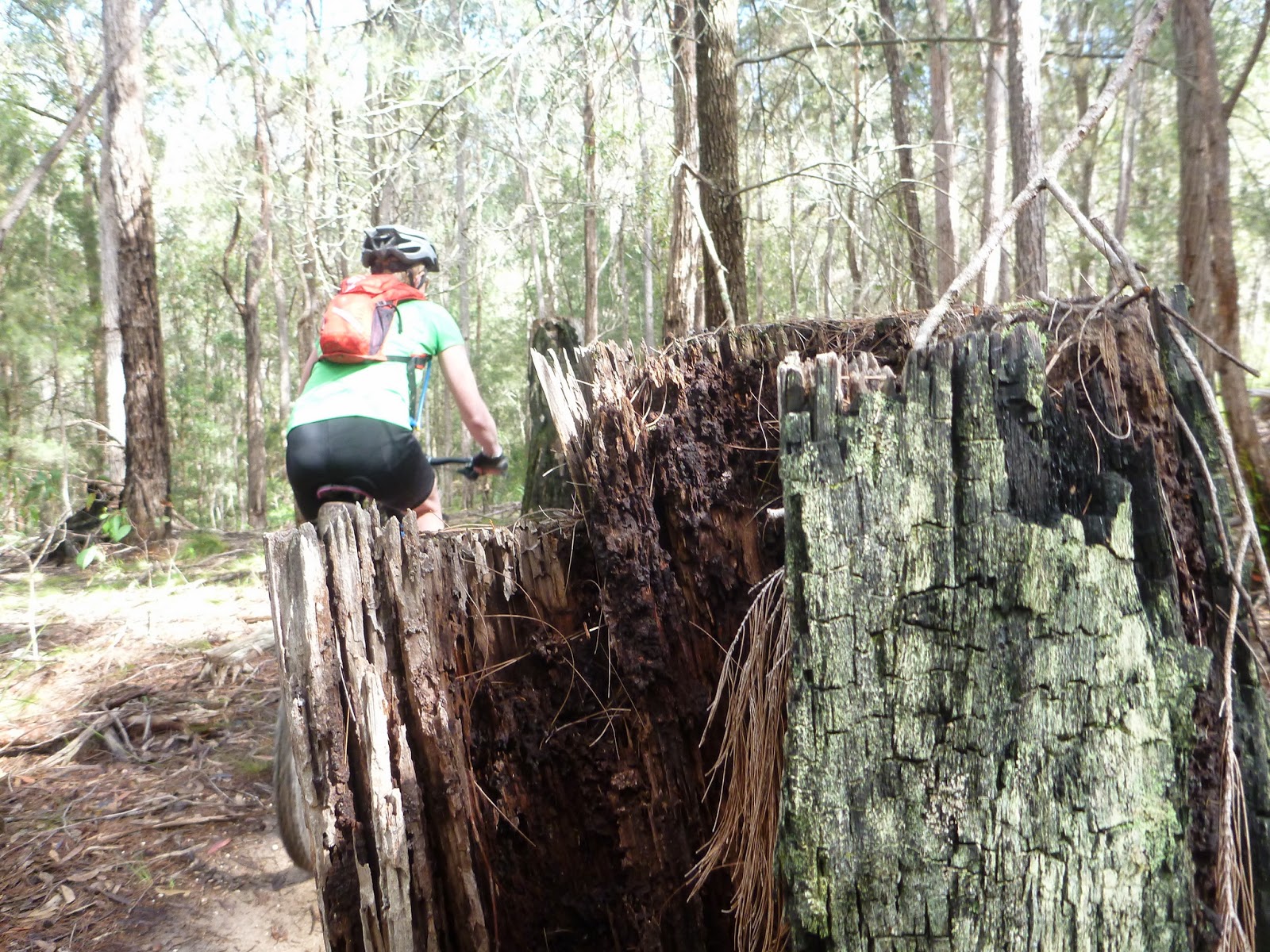 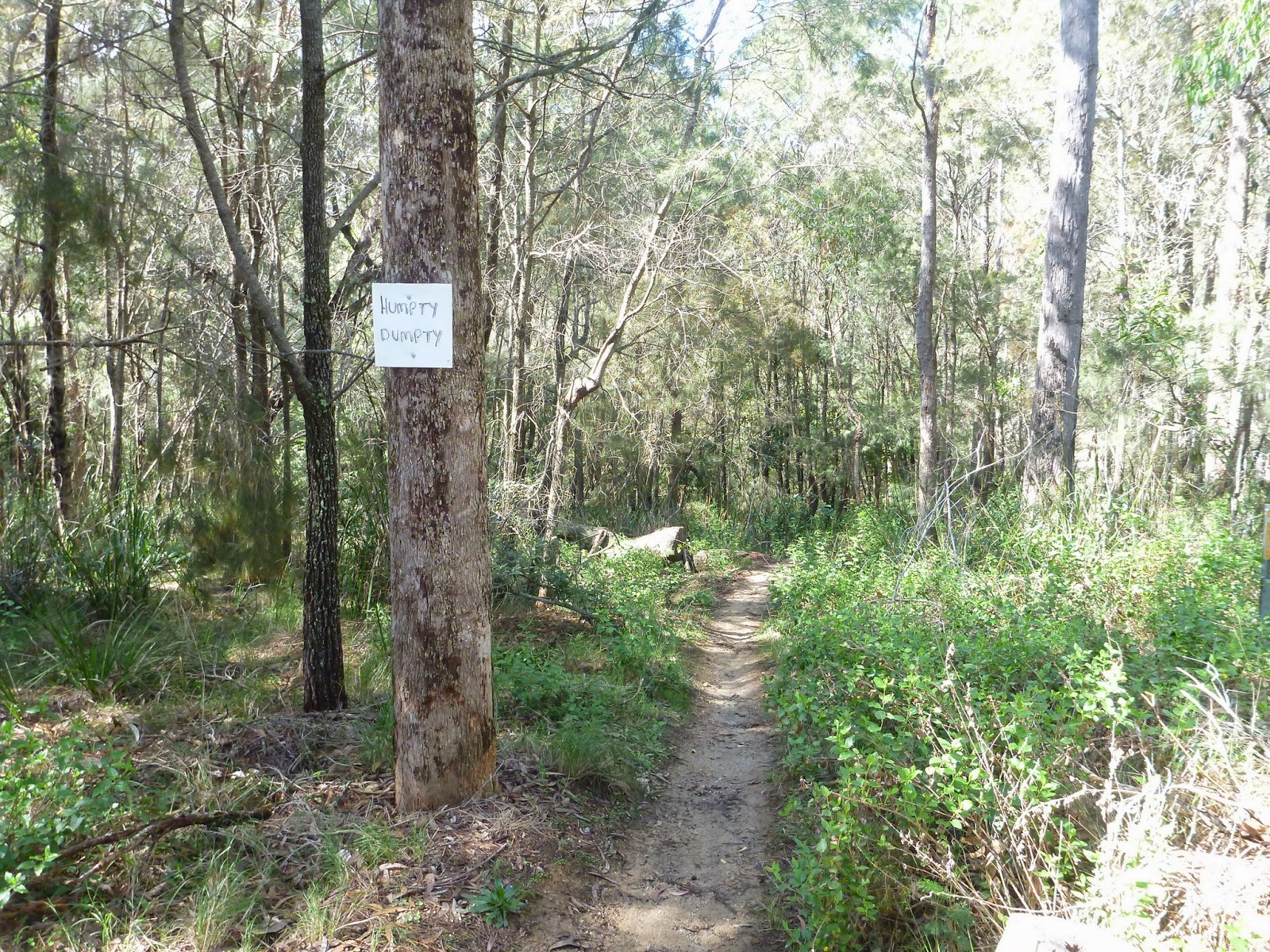 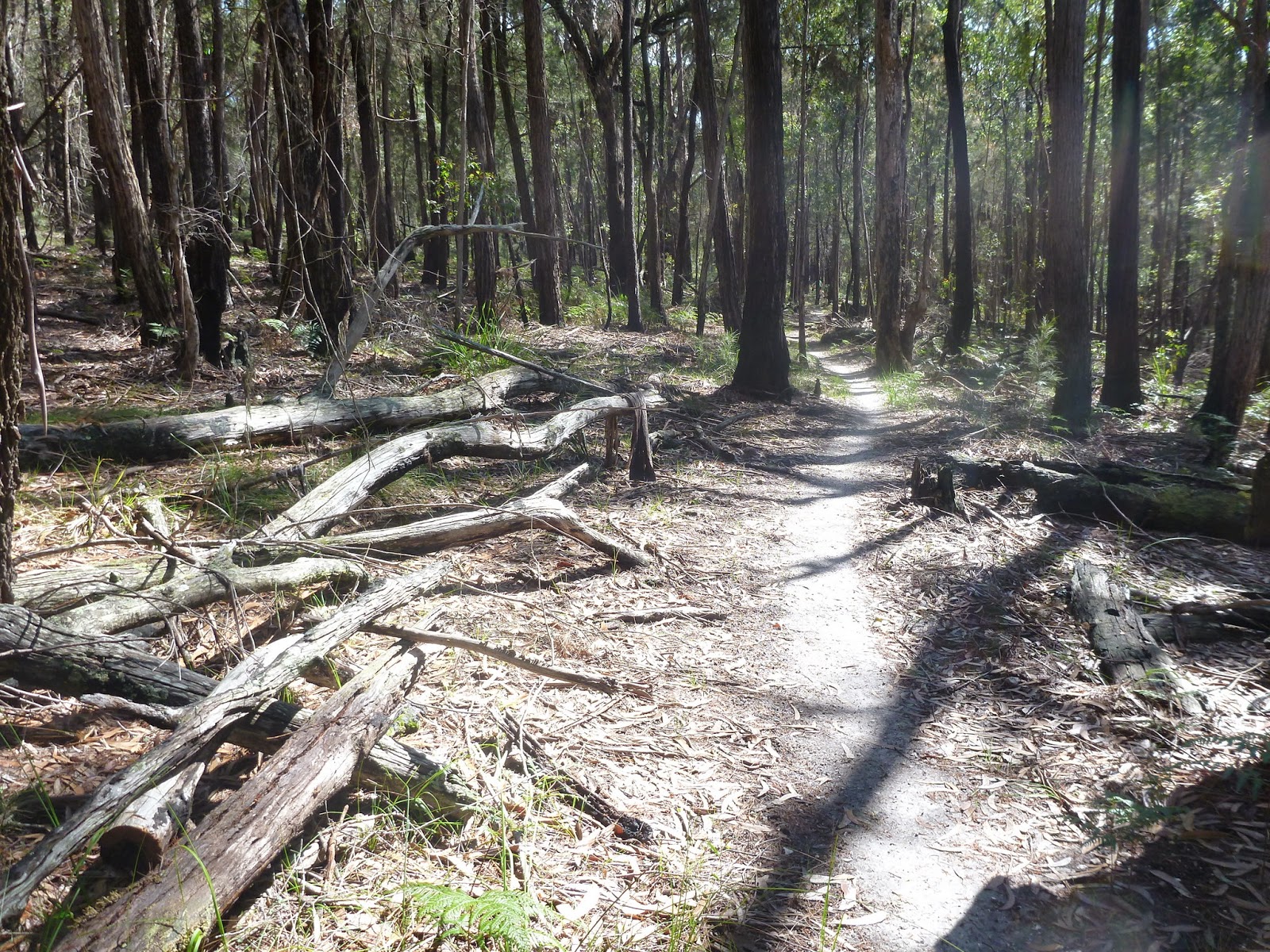 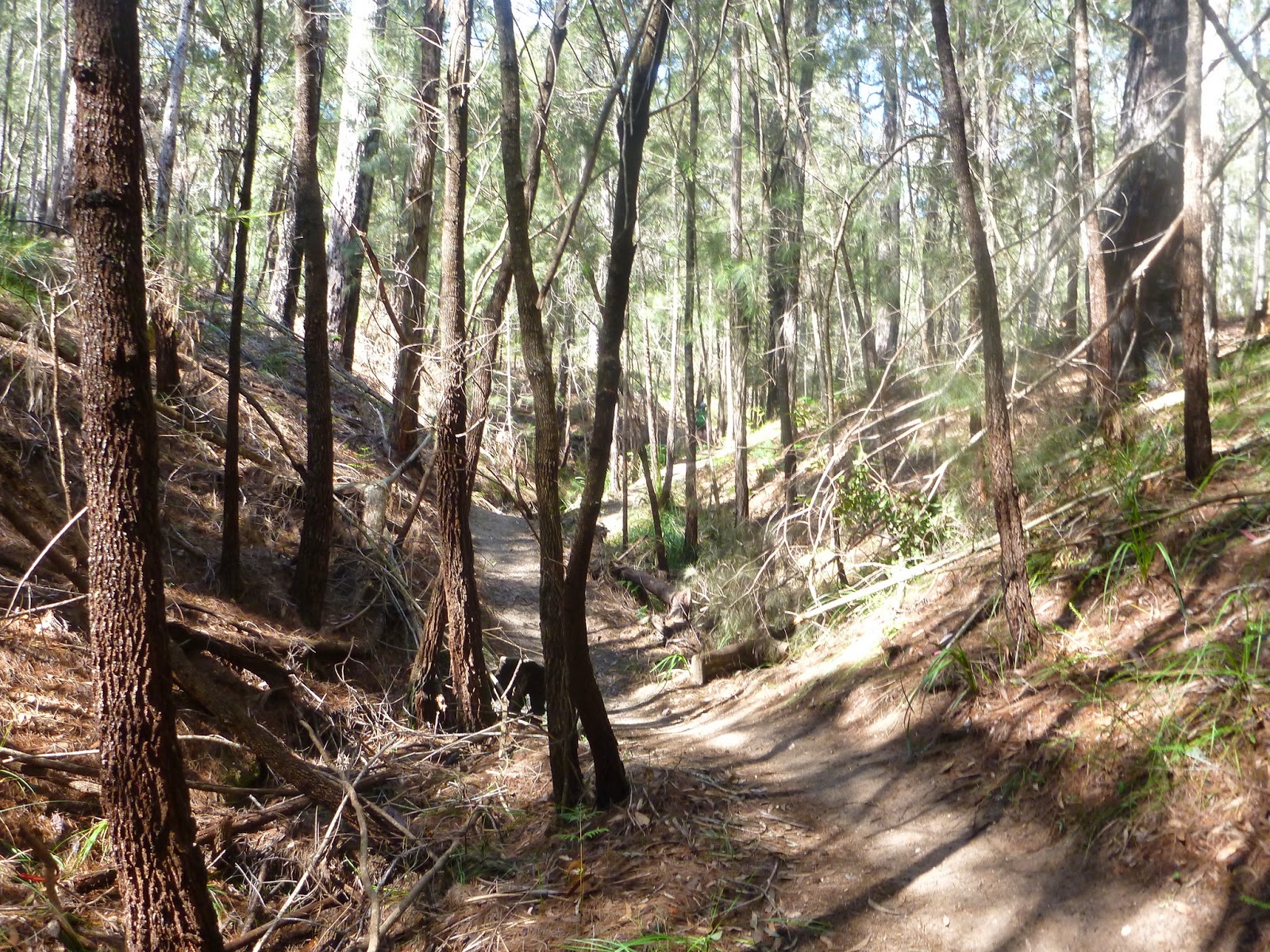 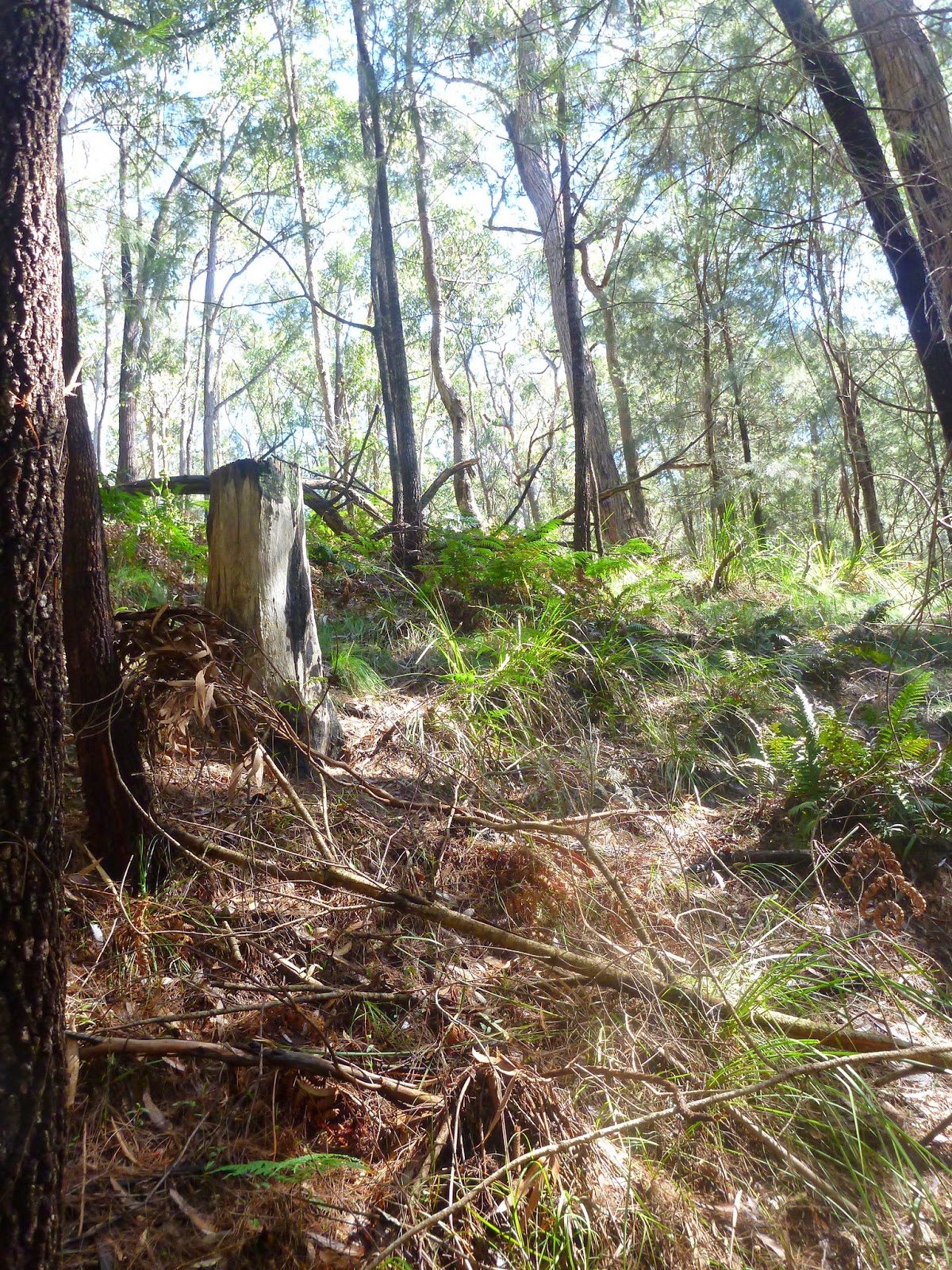 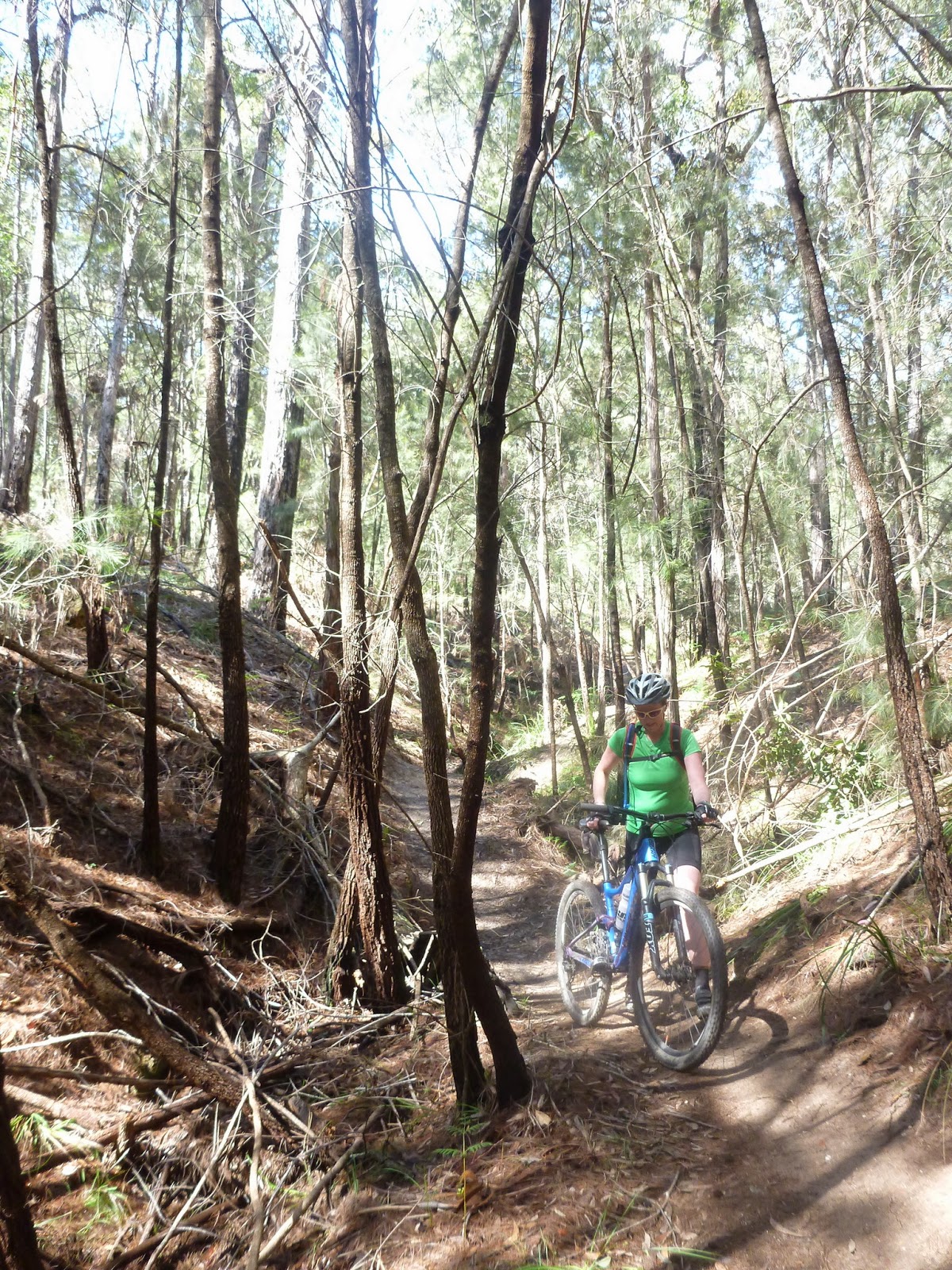 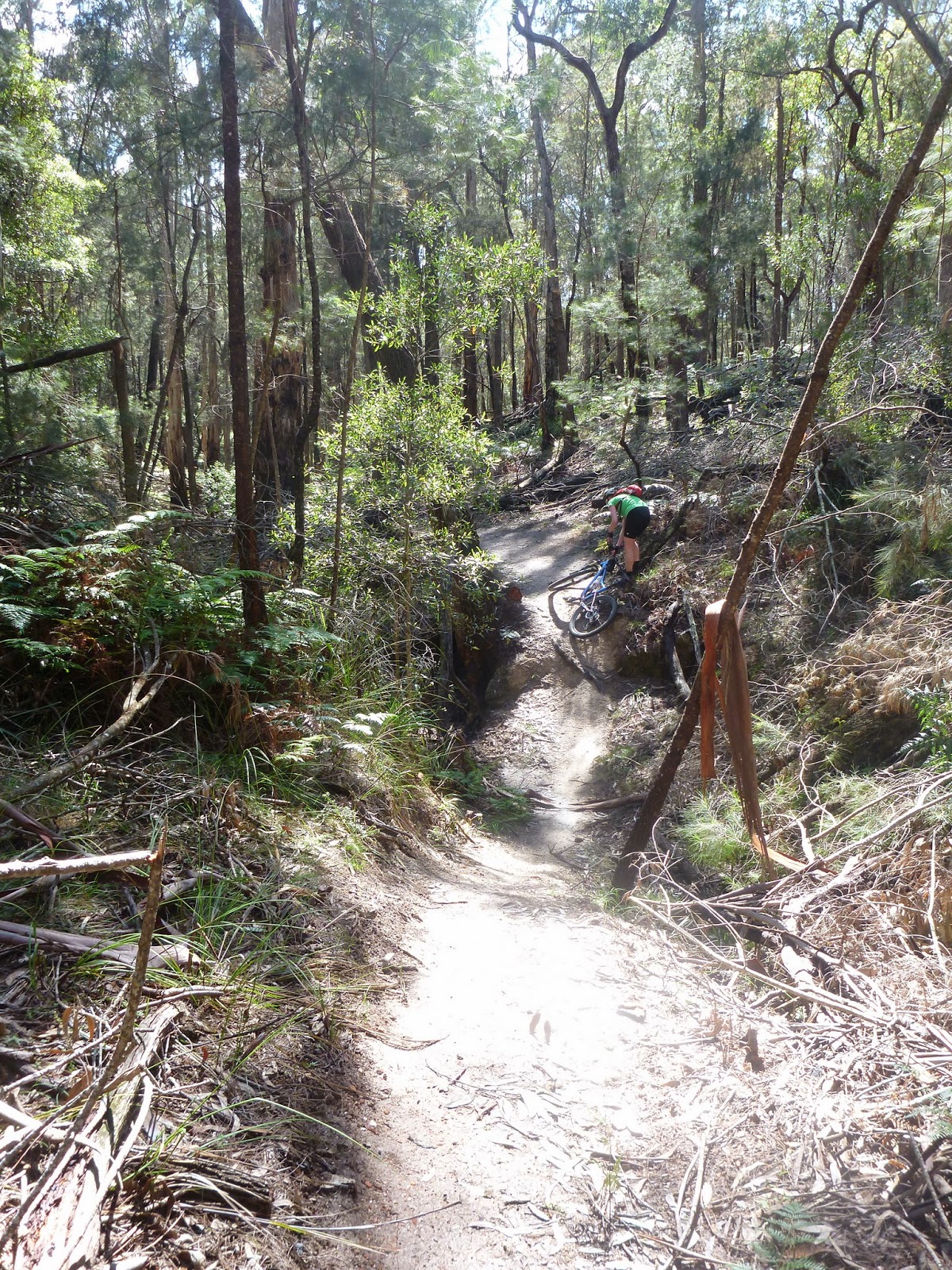 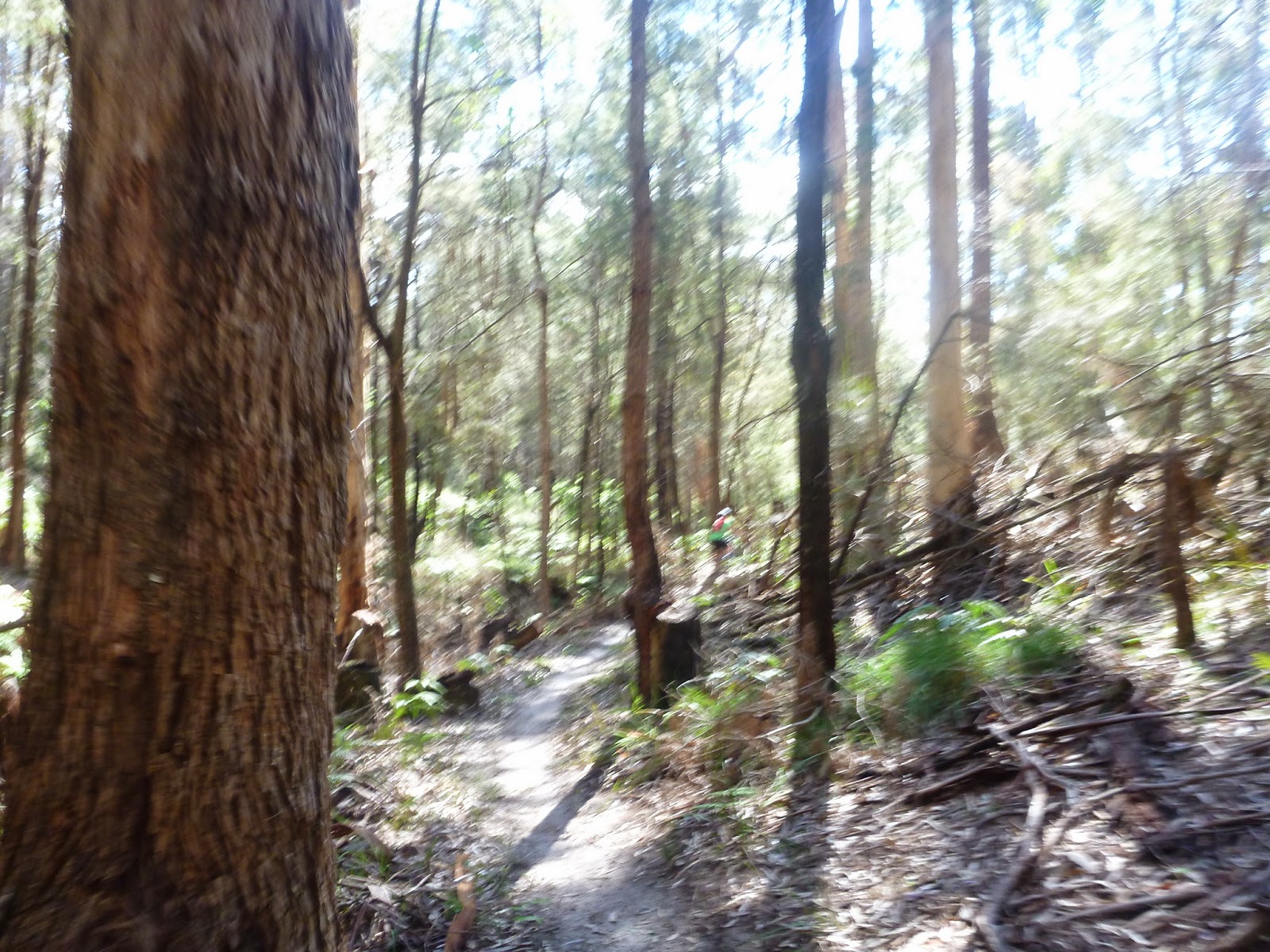 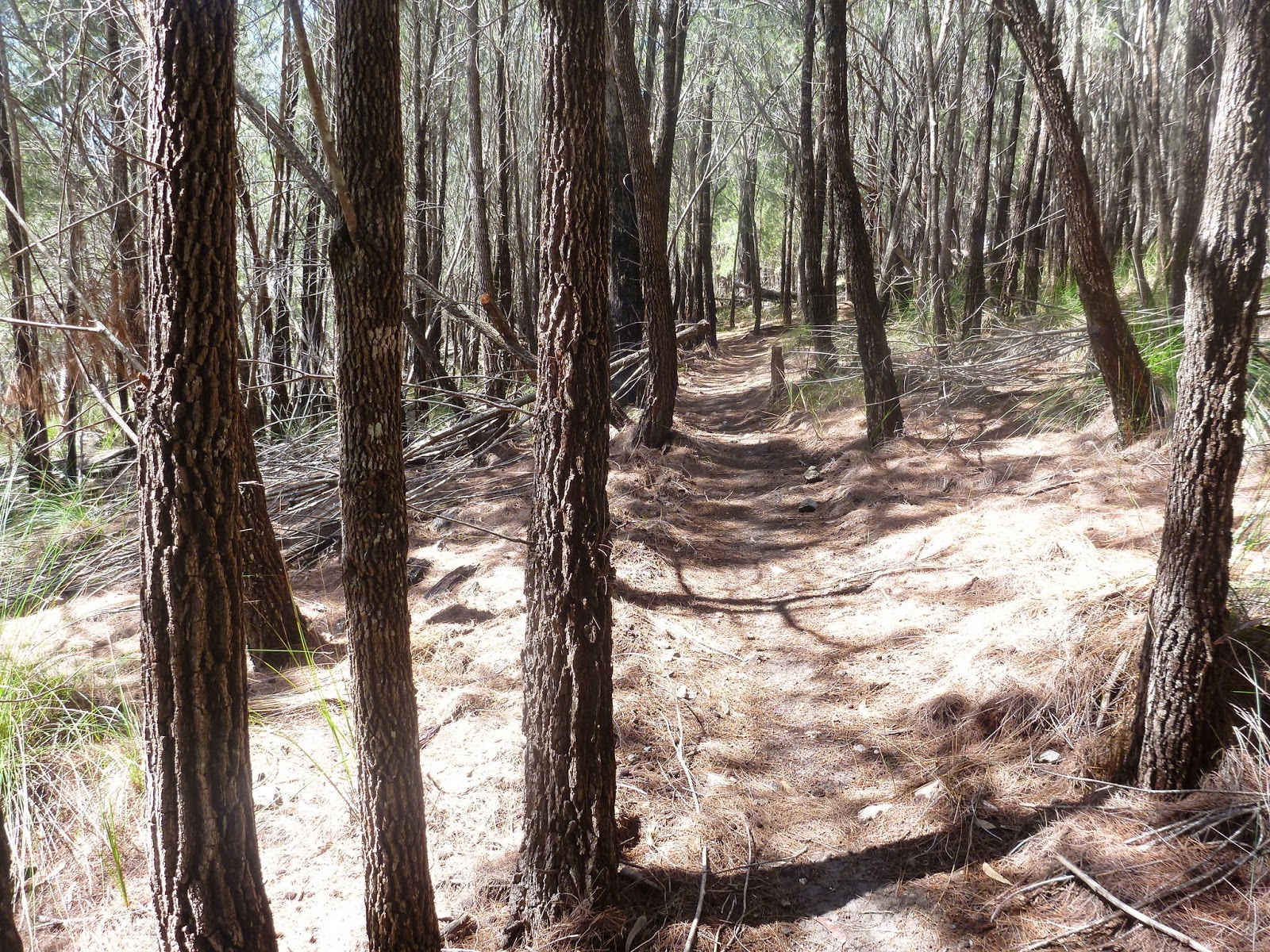 By the time we got back to the car, Kim was happy to call it quits and as we were deciding where to head for the night (Jindabyne or Canberra), Kim came up with this revolutionary idea … we could call the Tathra Beach Caravan Park and see if they’d let us Glamp for just one night … and what do you know they were very happy for us to do this.

Kim, enticed by the idea of an afternoon relaxing by the beach in our safari tent, headed straight there in the car, whilst I opted to try out the trails on the other “Bundadung” side of the road. 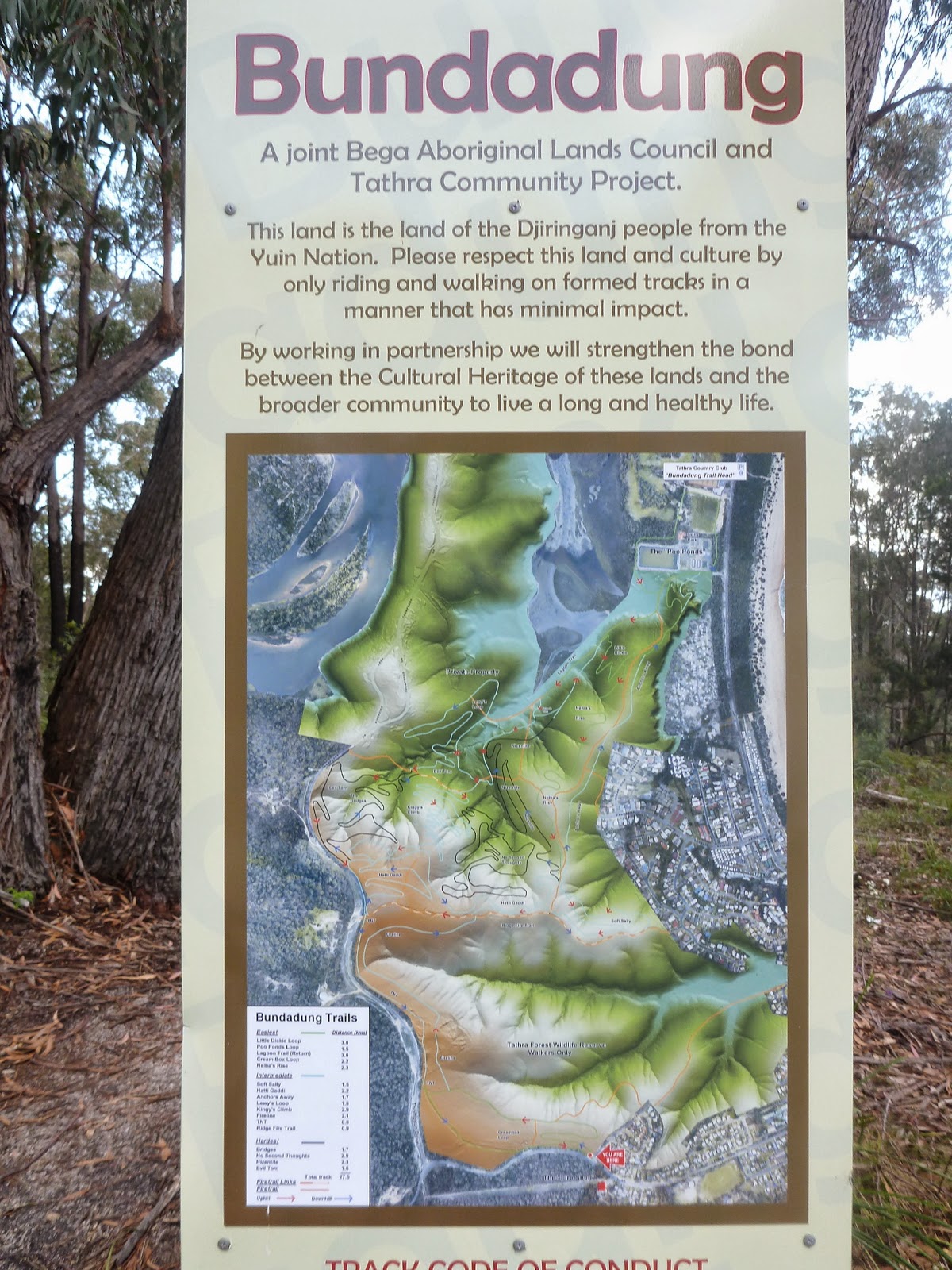 They were both good choices.

Glamping was a real highlight of the trip for both of us … it was just a great way to spend the night. 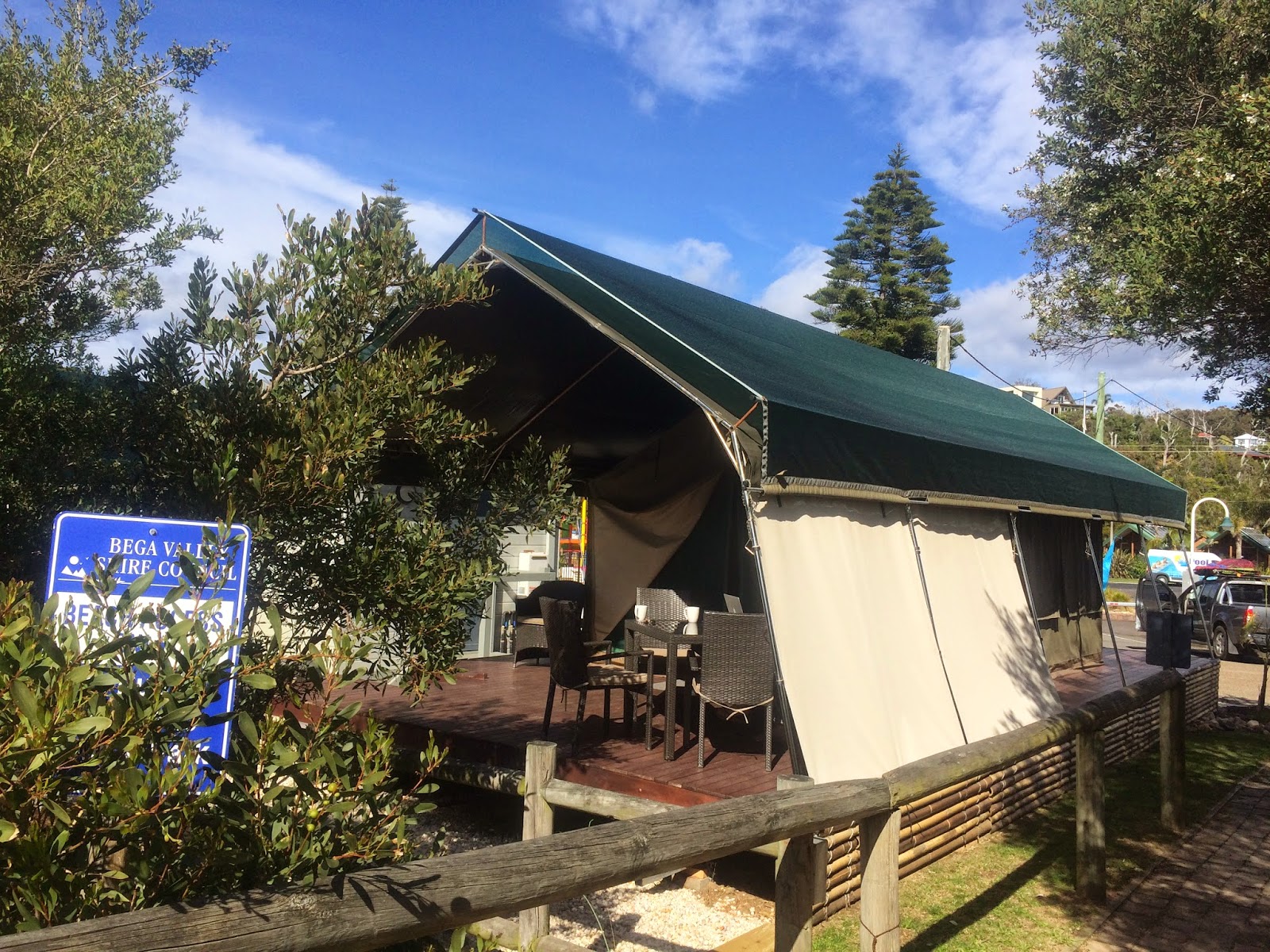 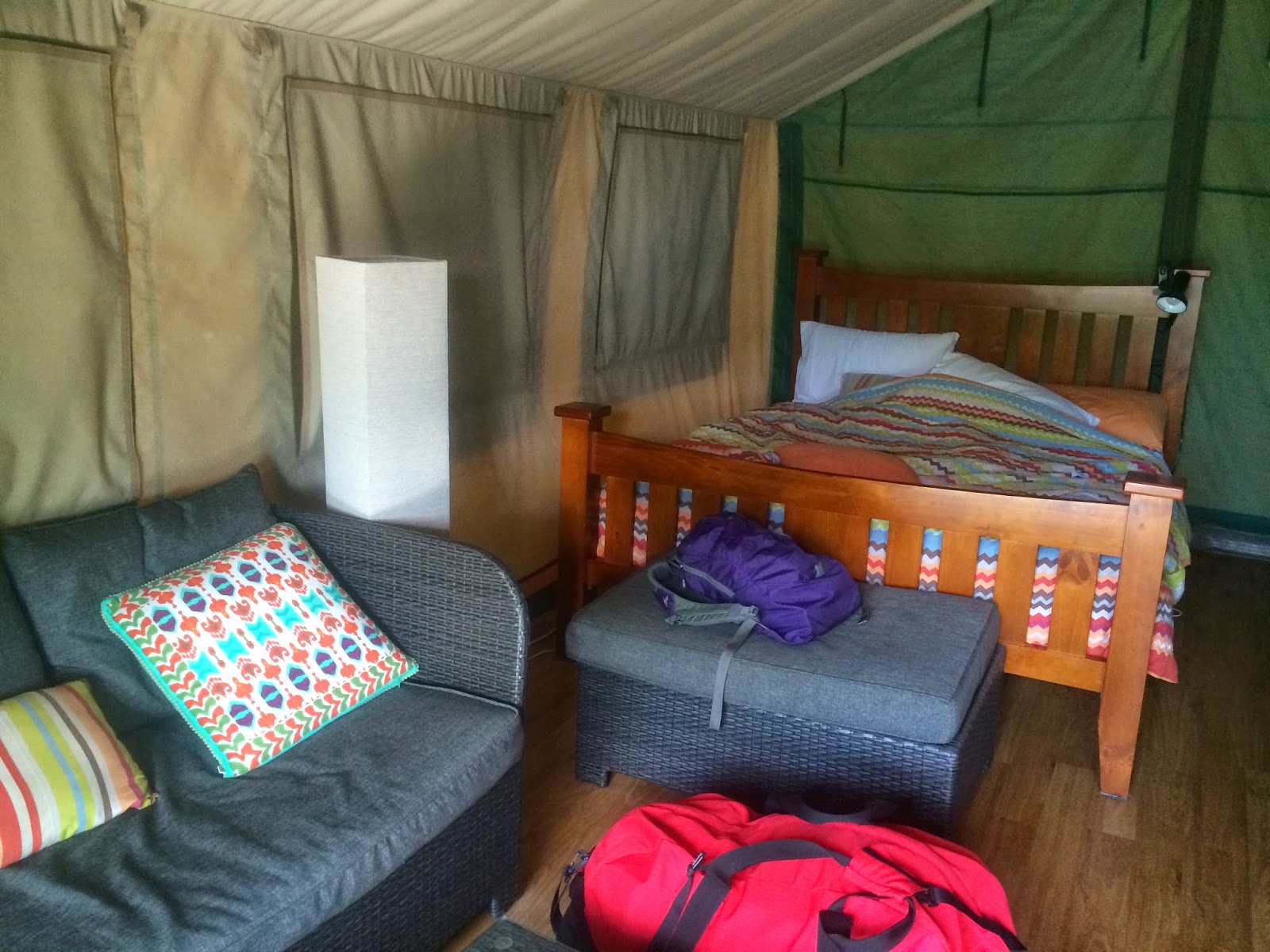 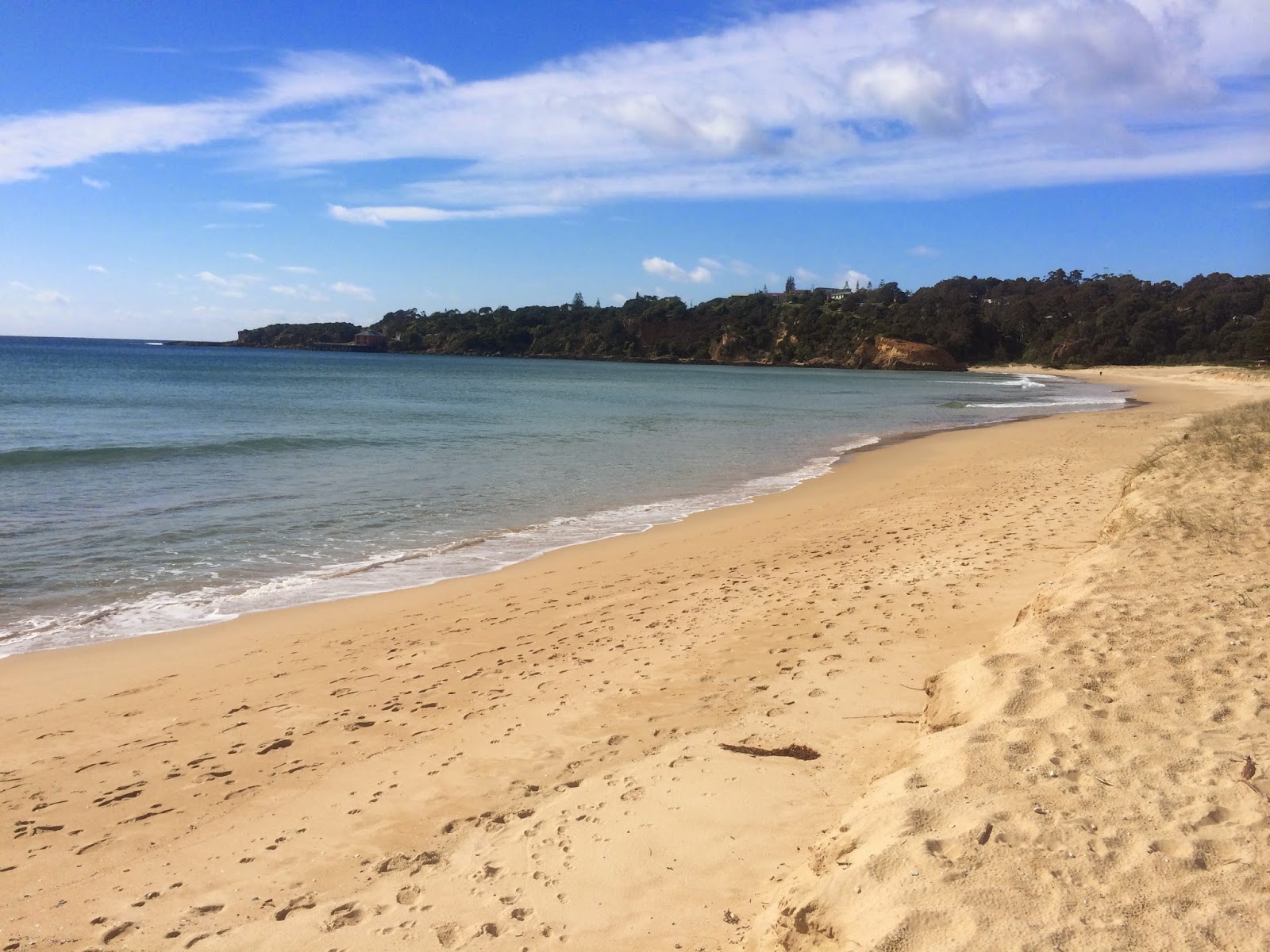 … and despite the logistics and costs we’ve been having serious discussions of trying to get back there with the monsters.

I, on the other hand, found some wonderful trails on the other side of the road, and they were mainly downhill … woo doubly hoo. 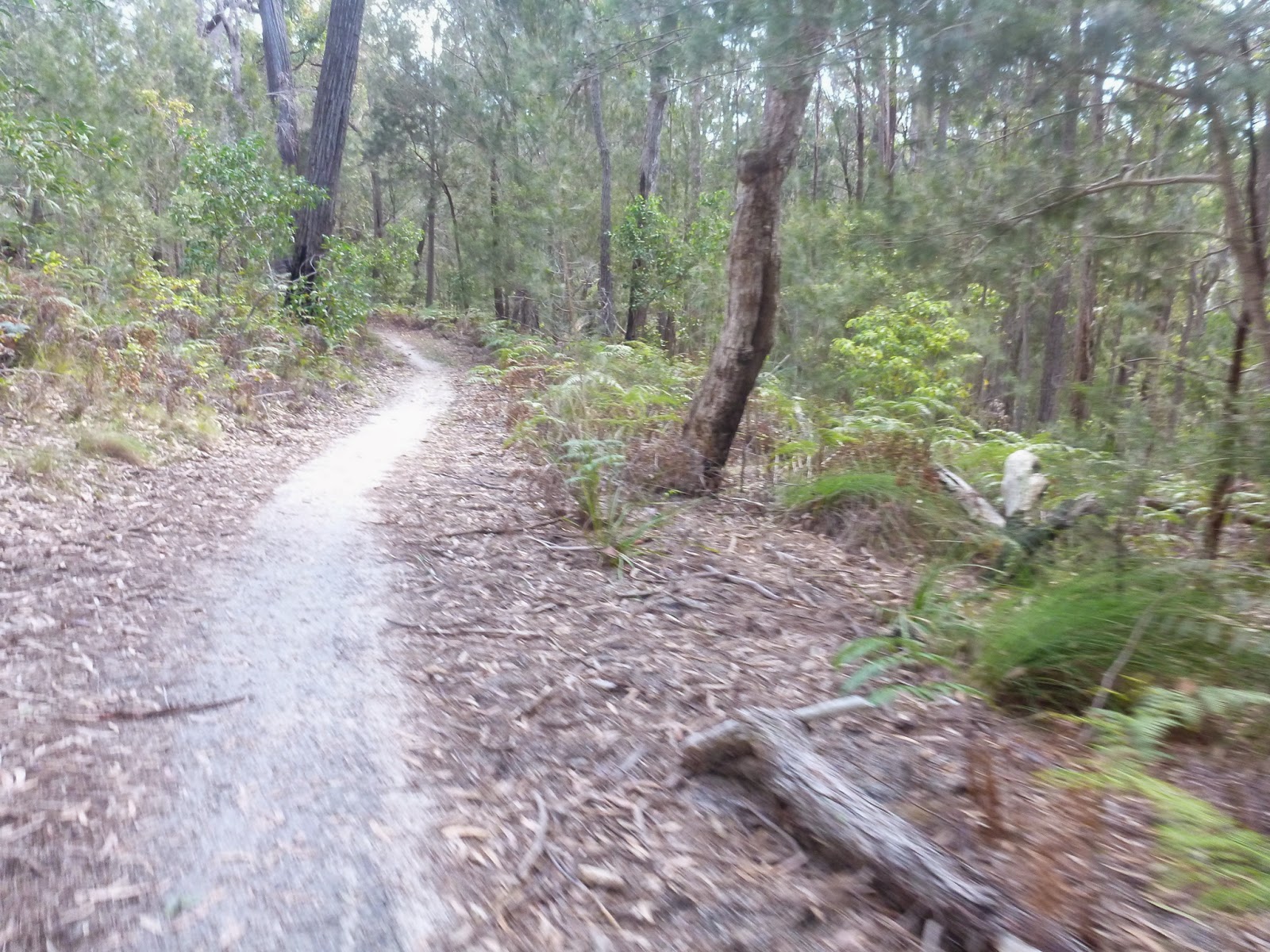 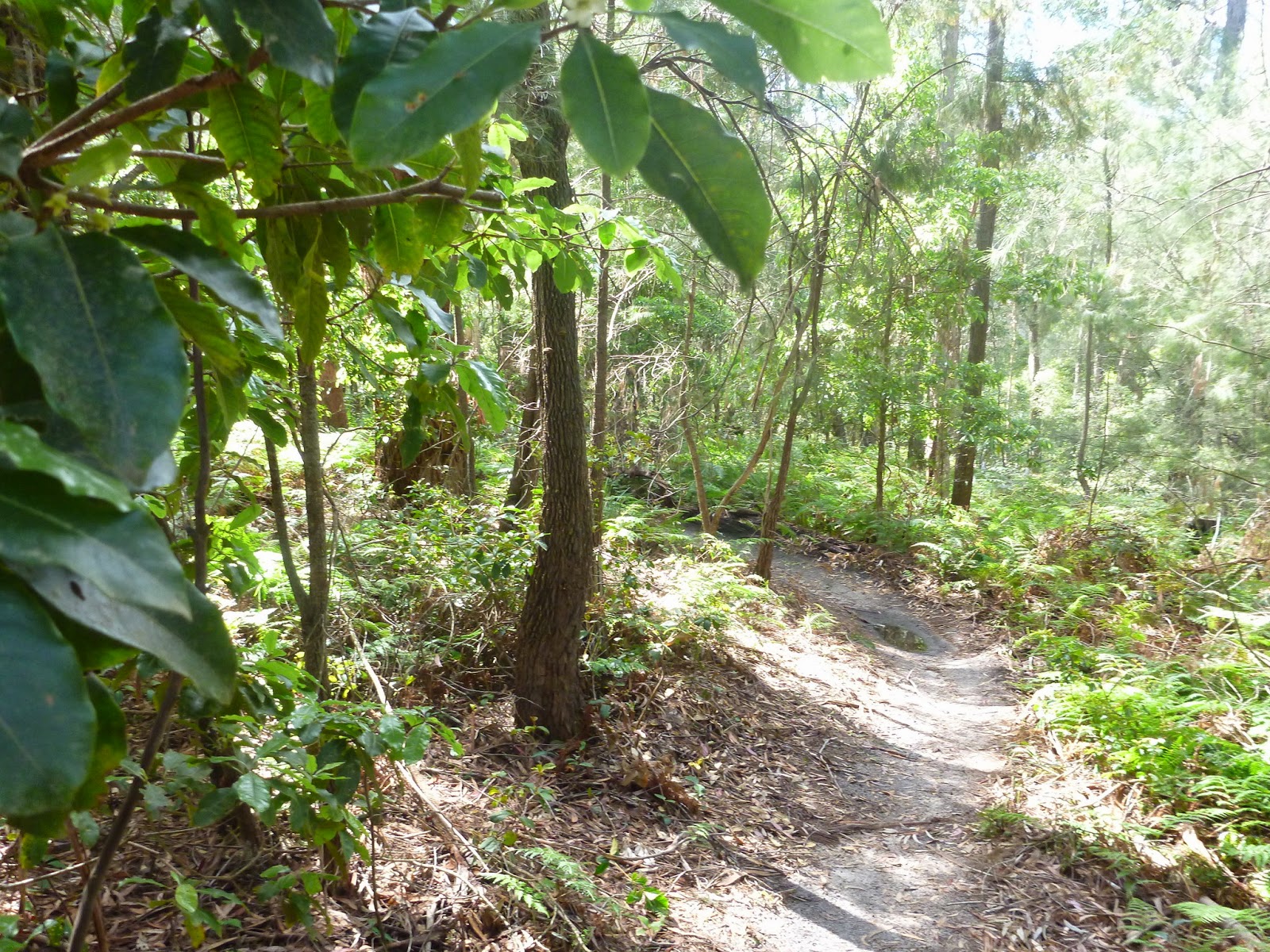 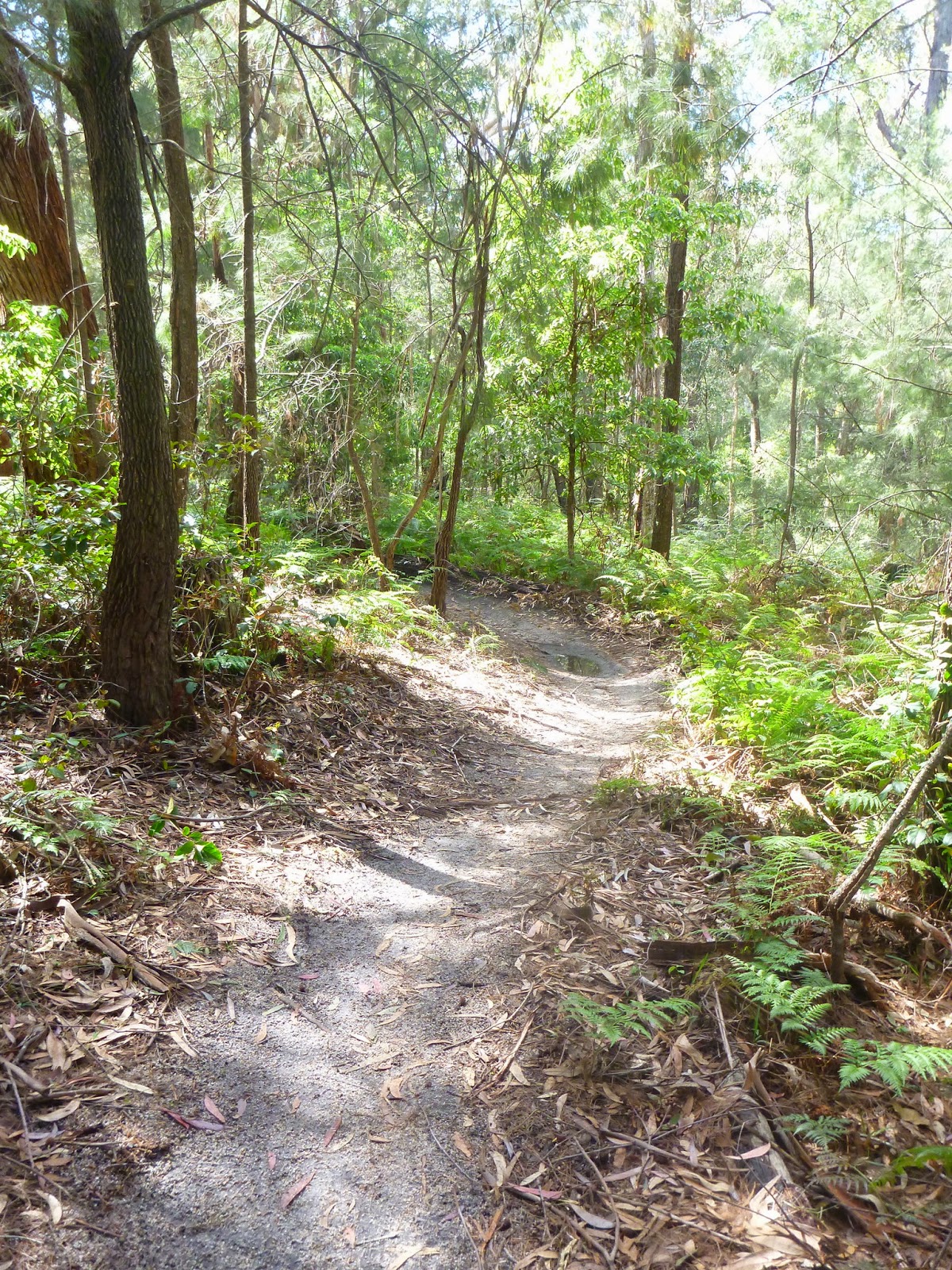 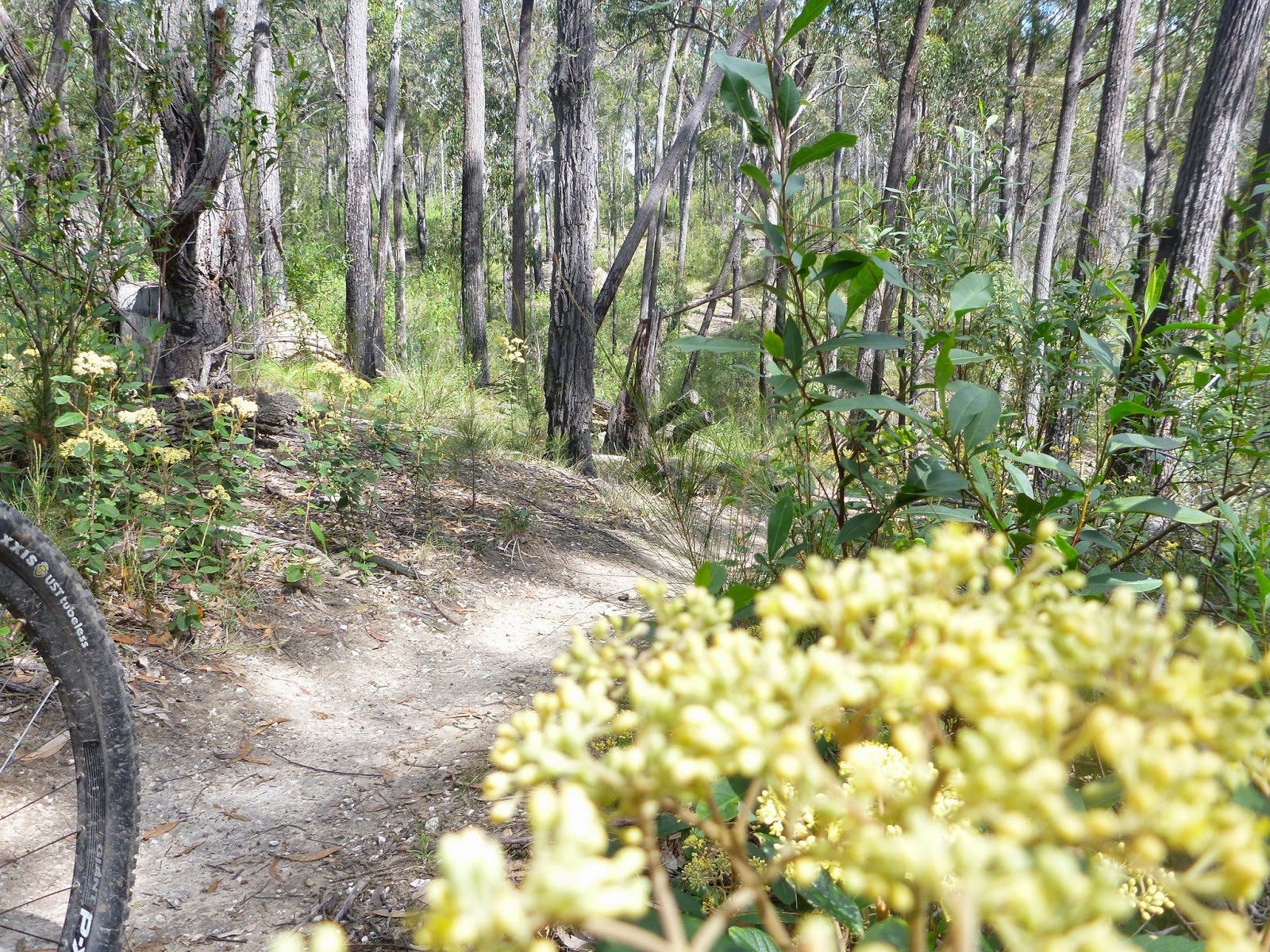 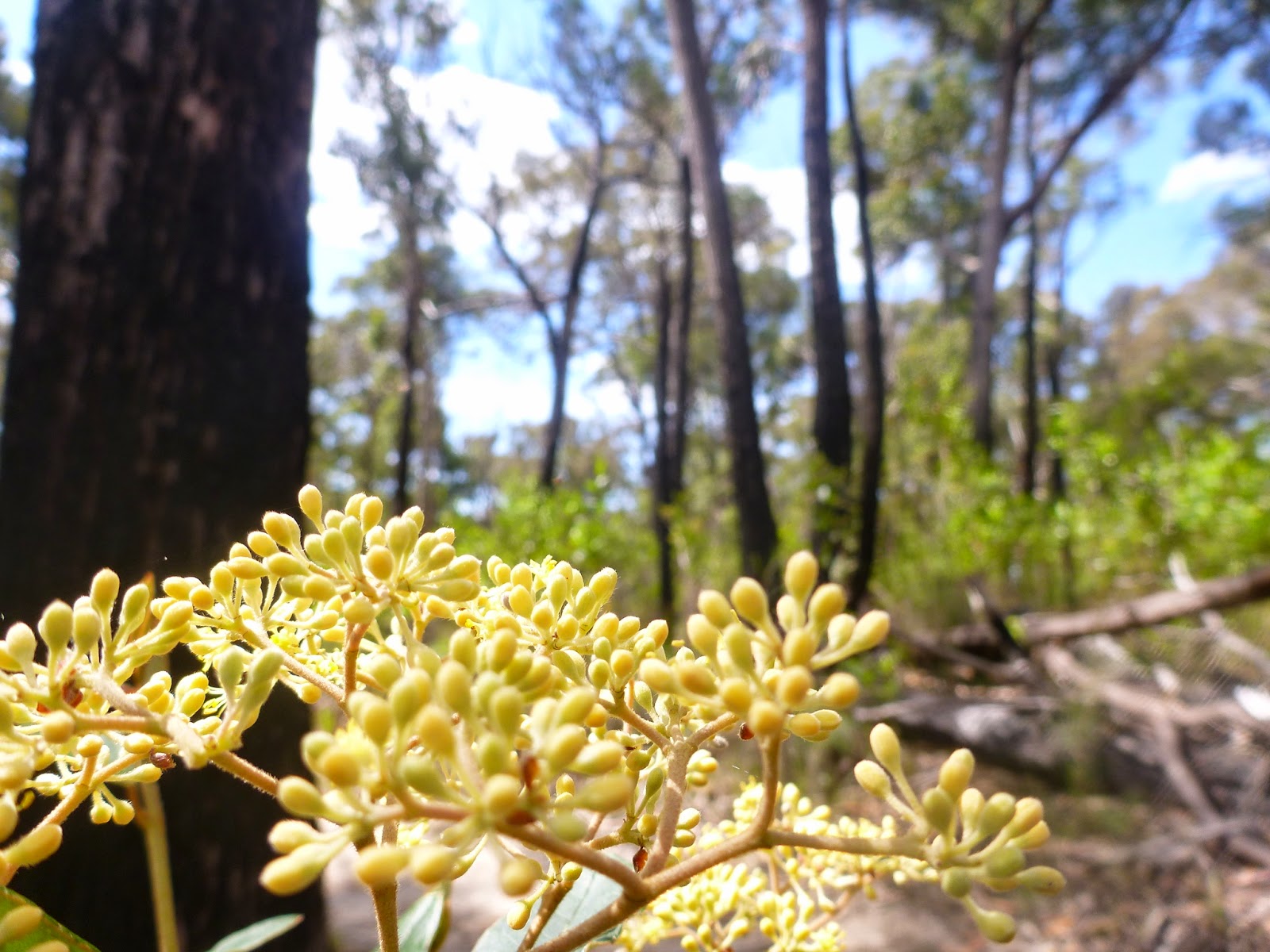 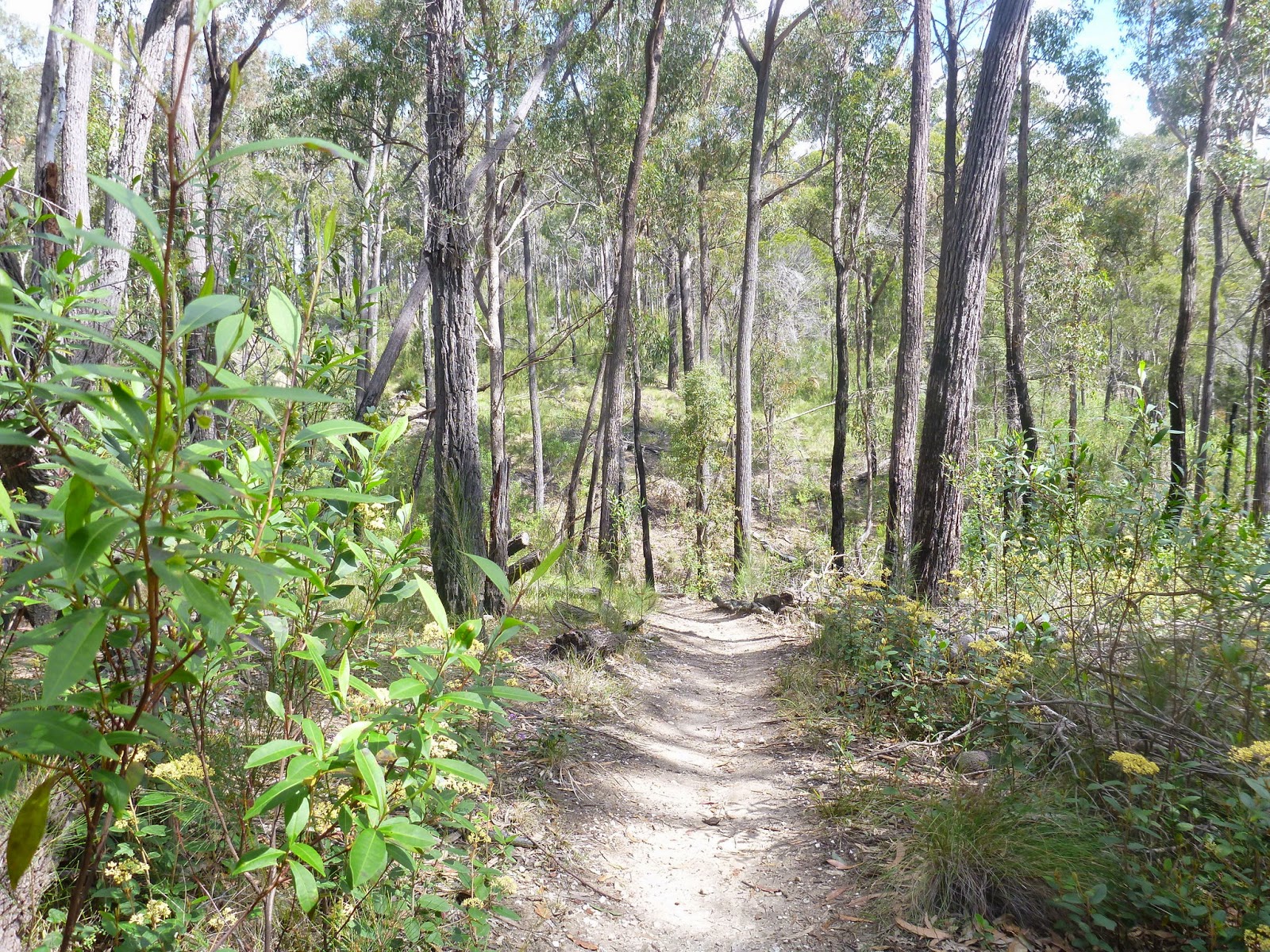 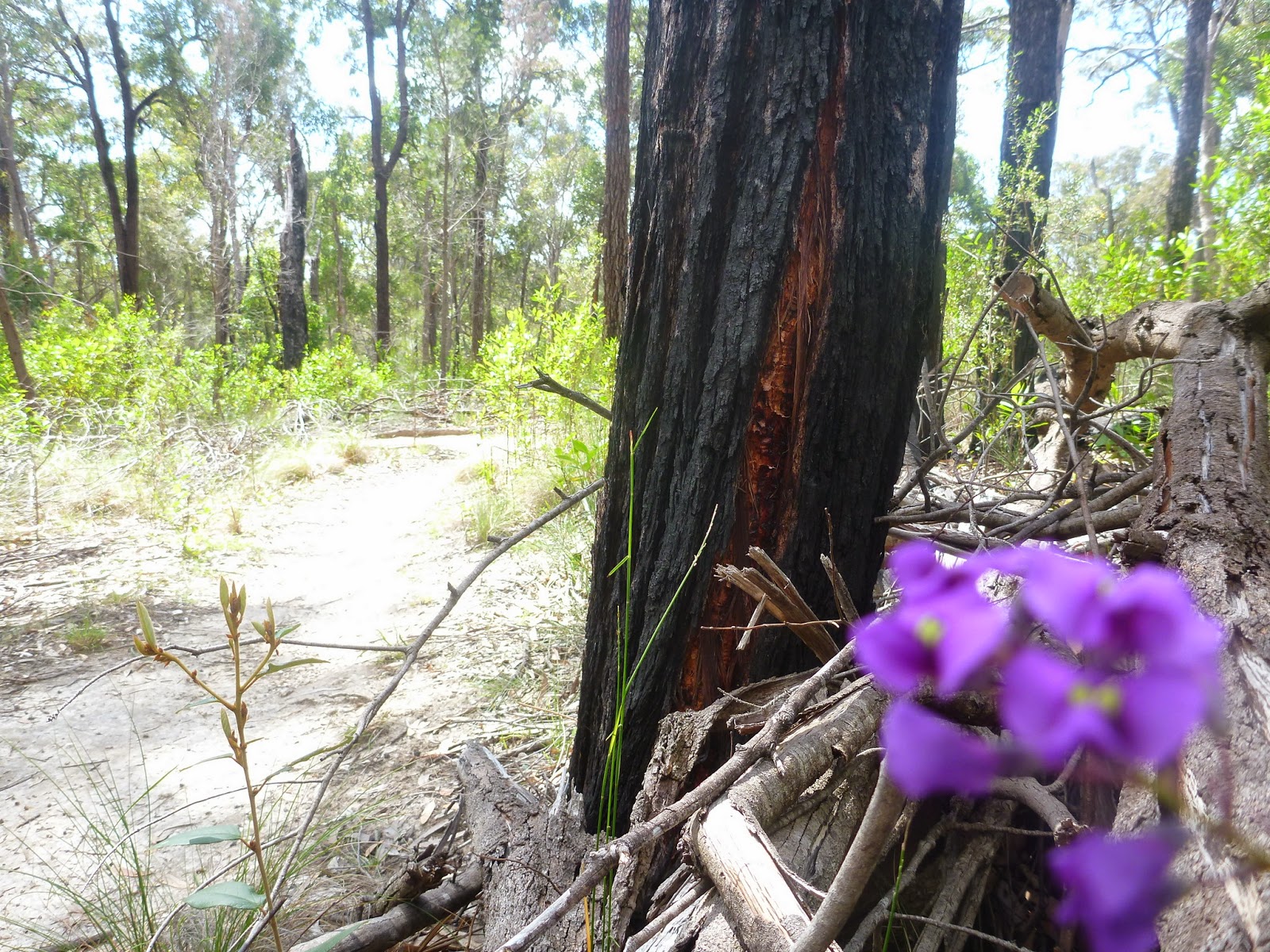 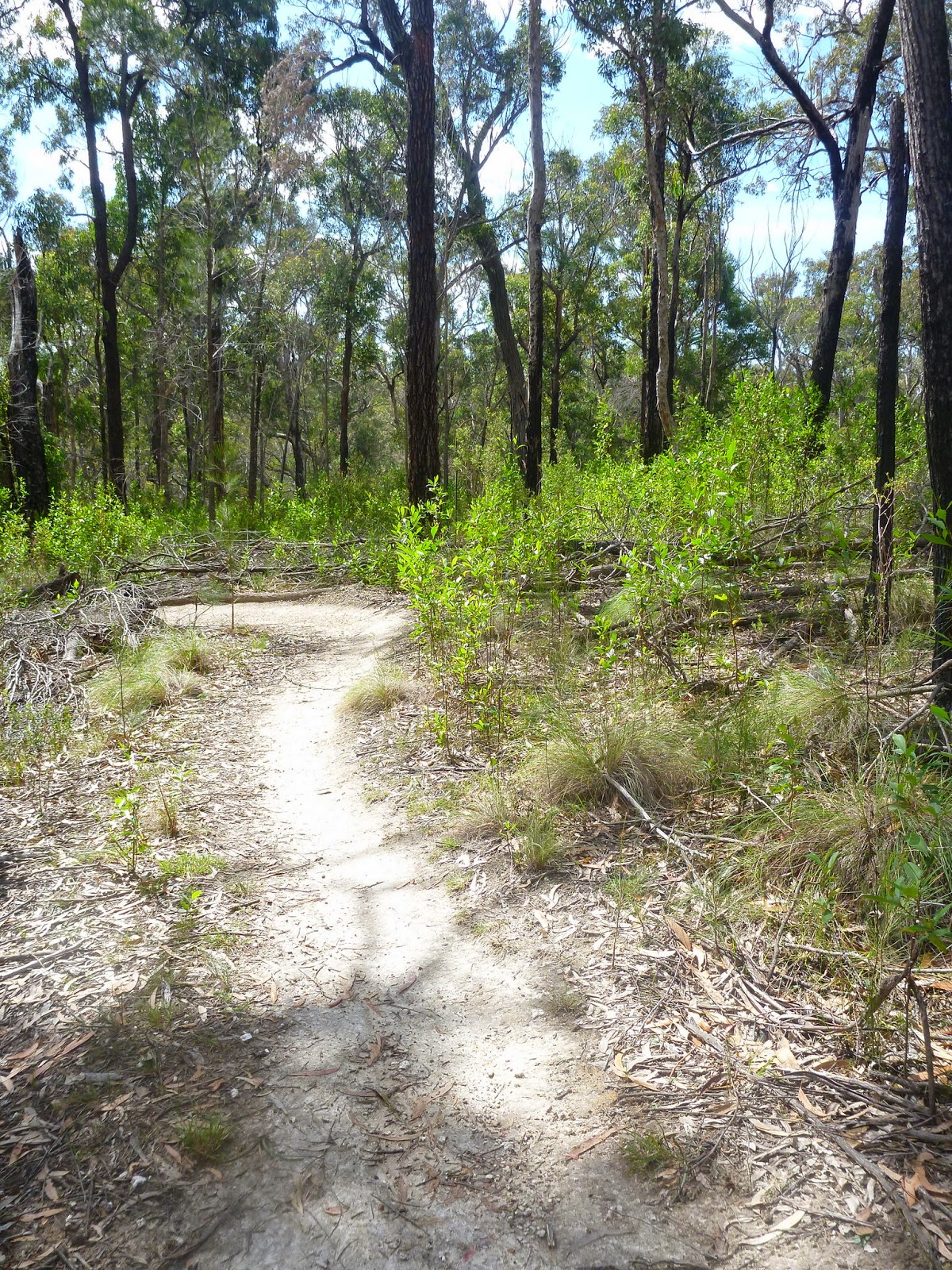 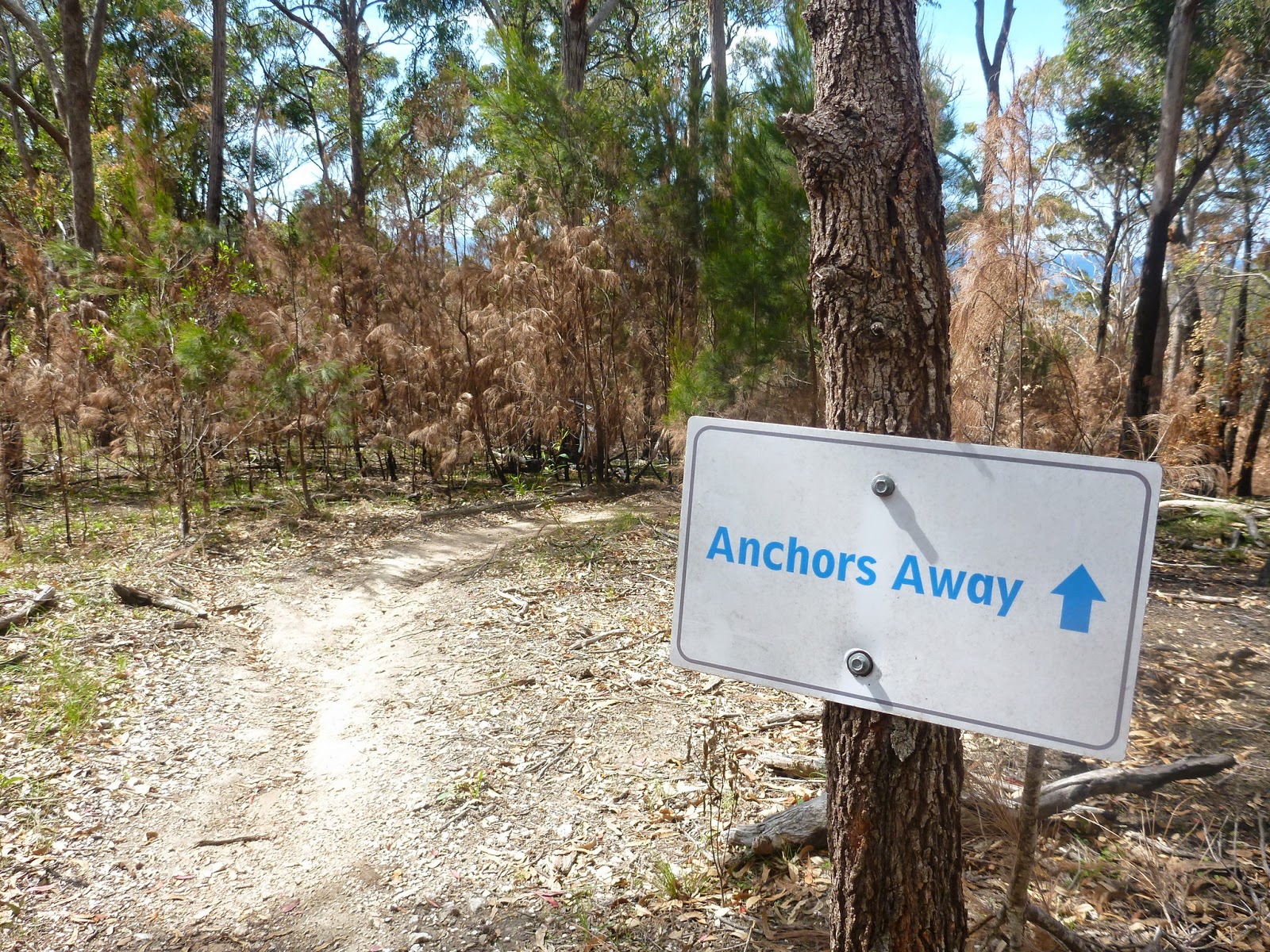 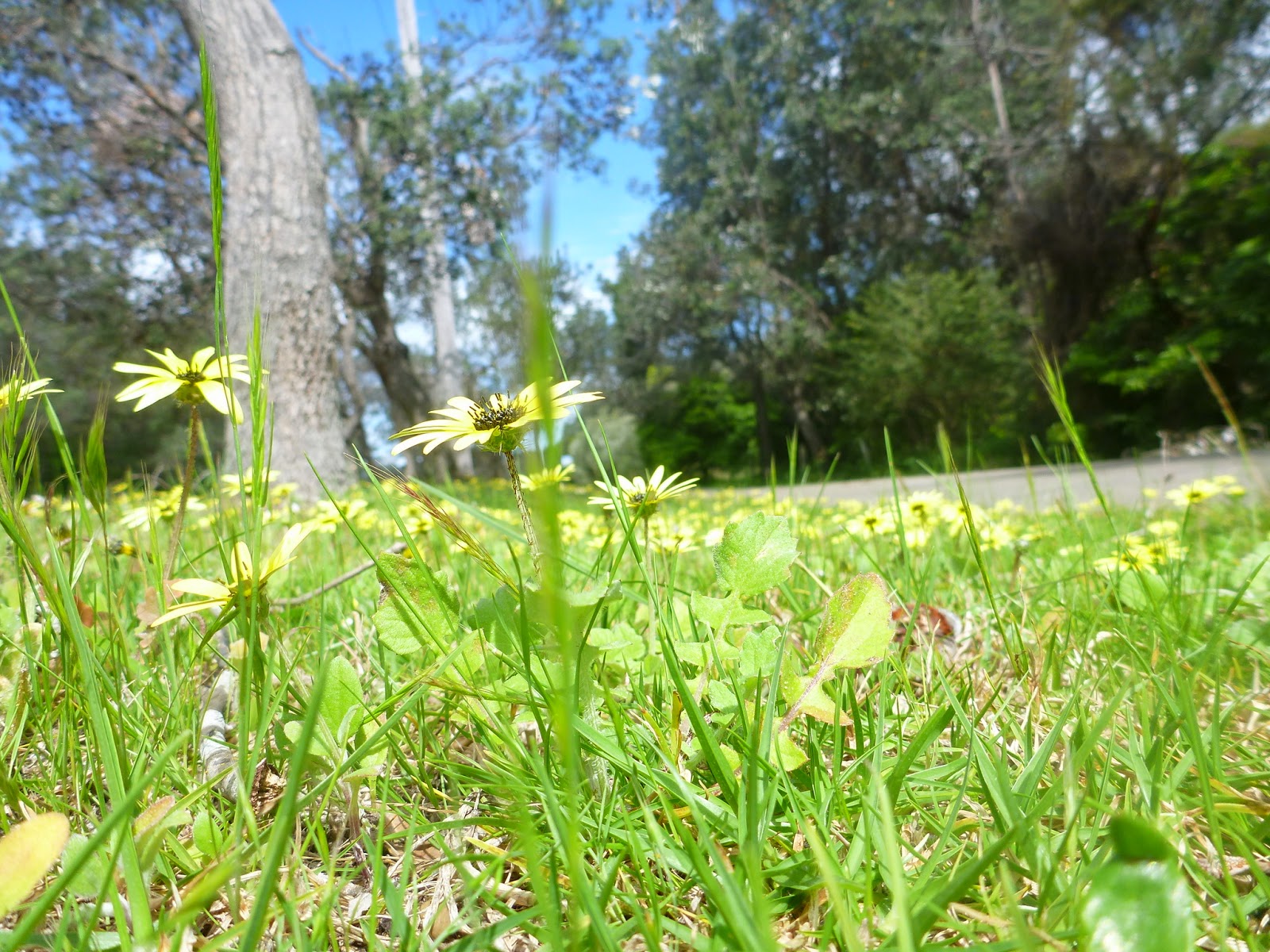 So we spent an excellent day and night in Tathra.

Kim cooked a fantastic dinner (I have no idea how she makes such brilliant salads and meats with so little around) and a big breakfast and we just enjoyed the coolness which is glamping.

We loved Tathra and if we’d known we were to spend the next night in a $50 hotel in Cooma, I suspect we may have stayed another night right where we were …