I’ve heard it said that winning is a mental game, that it’s all about attitude. 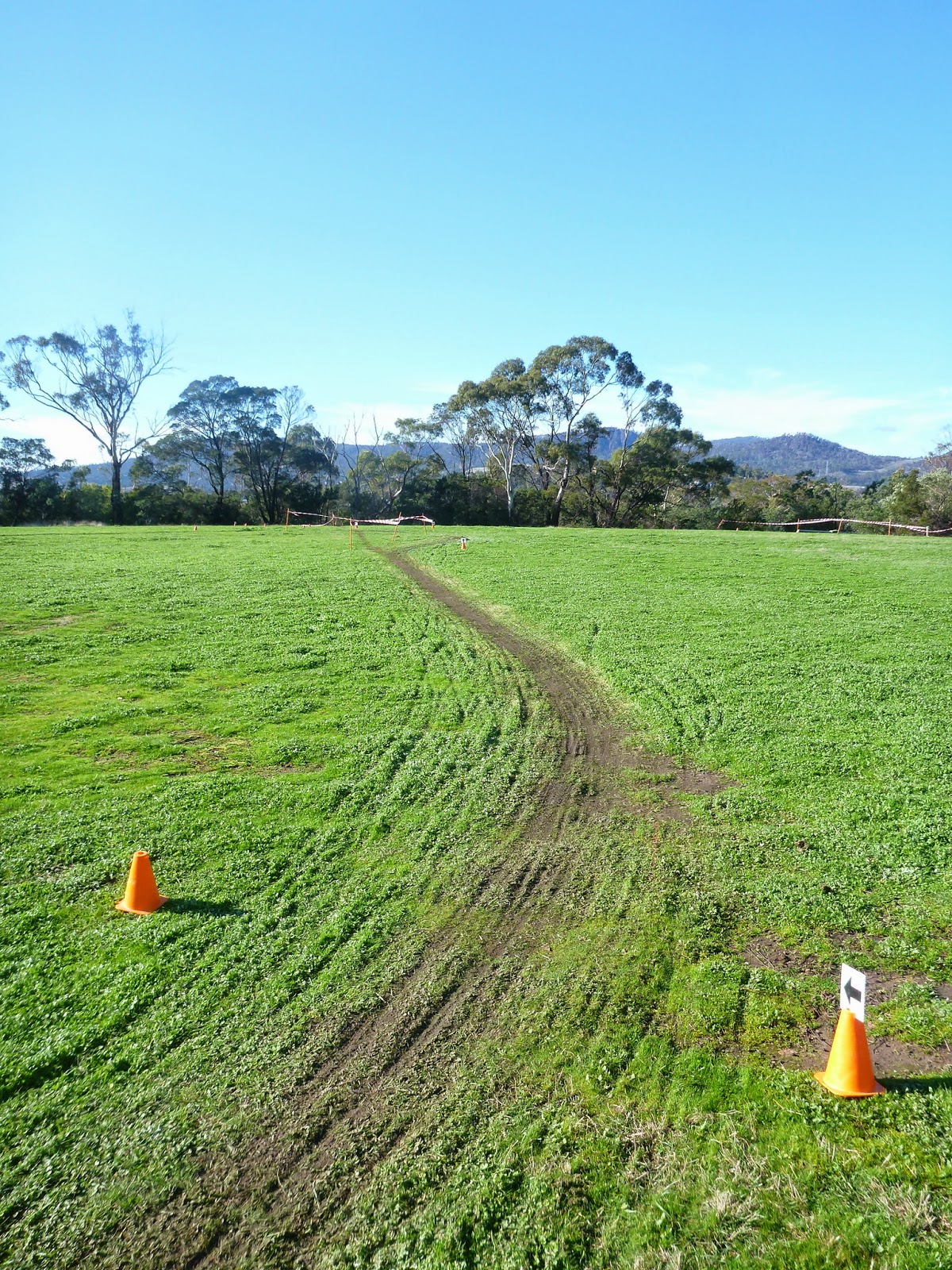 Which is good, because mentally I was pumped for today’s cyclocross.  I mean really pumped.

I’d been out to Anaconda yesterday and splashed out on a red jersey (a $24 Fluid special) to focus my mind on my race goal of not being the Lantern Rouge at the end of the race.

I’d put up a post on facebook to try and encourage a few more social riders along … so we could have some fun at the back of the race, not so that I’d increase my chances of beating someone (honest).

I’d almost remembered that my back brakes on my 29er weren’t working last weekend and needed bleeding (by almost, I mean I didn’t actually remember until I got about 3kms down the road, then I remembered, so I headed back home and picked up my old 26er full suspension bike).

I’d even stopped off at Woolworths on the way and grabbed some sour squirms … which I believe are the food of choice of champions.

So you can understand why I pulled into St Virgils ready and focused for some serious fun racing.

And it is here that my game plan started to unravel. 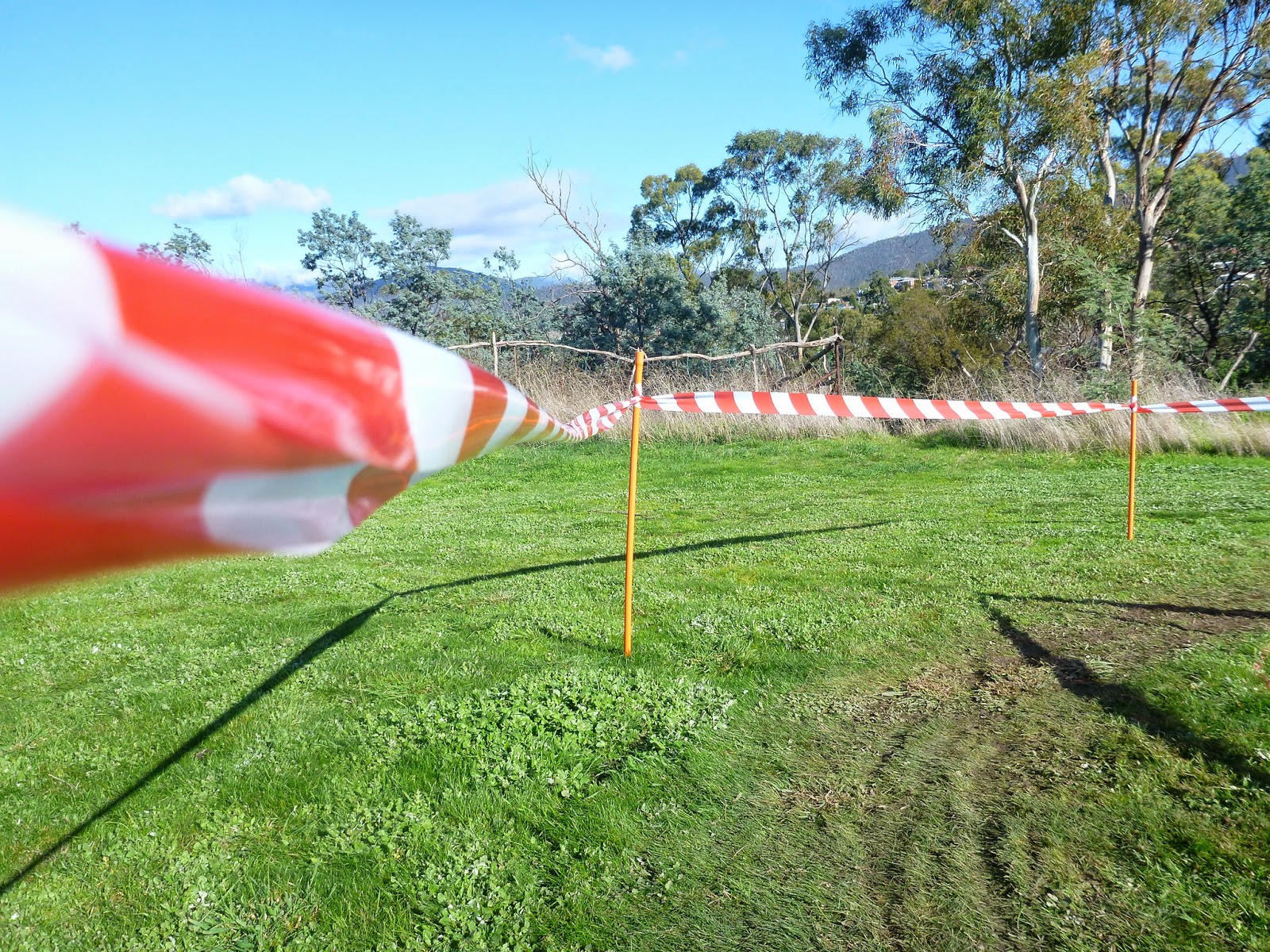 It is, as they say, a mental thing.

My first problem was I couldn’t find the race.

True story – I drove up to the carpark where I had parked for the last XC race … and there was no-one there, so I followed the road as far as I could trying to see someone, anyone, that was here to race …. but that just led to a dead end with no one in sight.  So I sat there flummoxed … could I really be the only person who has turned up to the race?  Was that a small smile appearing on my face as I started to dream that I could take out both victory and the lantern rouge in the same race?

I was actually driving back off the school grounds when I finally caught a glimpse of a car tucked around behind a building, and from there I found the start of the race.

Where were the crowds of social riders?

I unpacked, wondering if anybody (the whole two people I could see) would notice if I quietly reversed back out and drove away …  but then I remembered that last time I’d said I would turn up for a cyclocross race and didn’t I’d actually got pinged for it (back then I didn’t realise anyone outside of my direct family actually read this blog) so I continued getting ready and headed down to where I hoped the registration would be …

Euphoria … I came around the corner and there was a second car park with at least another five, maybe as many as seven cars in it.  Knowing that there would now be at least 15 people in the race I knew I was in for a chance (OK, I knew I wasn’t, but I was having to do a lot to stop myself turning around and going home at this stage).

I headed down and registered, and then headed around to watch the children’s race before setting off to try and find the course and do some sort of practice lap.

This was a really good idea, not because it gave me a great insight into where I could make up seconds in the race … where I should push and where I could rest.  No.  This was a great idea, because a third of the way around the course my brand new chain snapped. 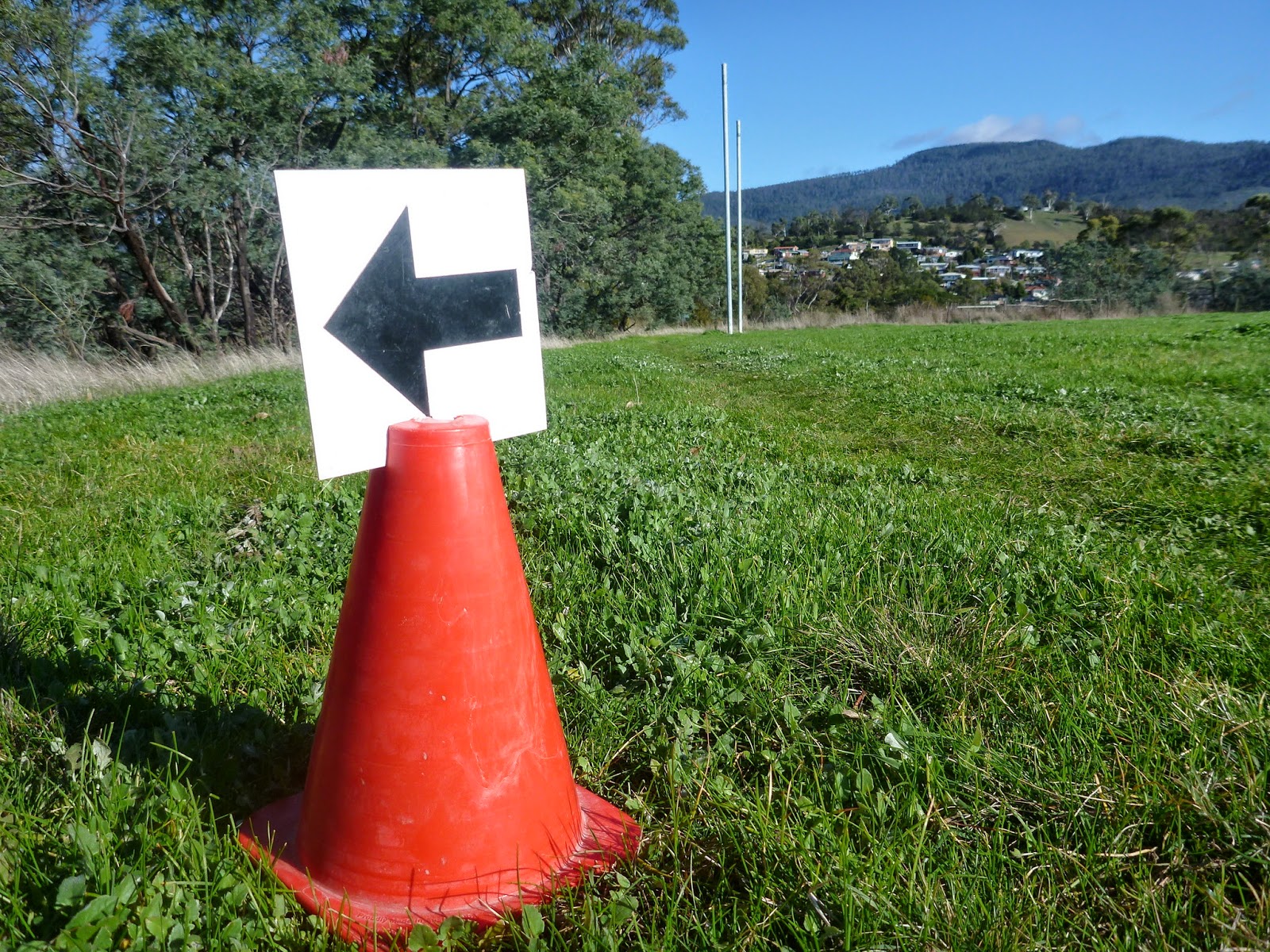 That, if you’re wondering, is chain number four in about two months.

More importantly … I now had the perfect excuse to not race.  I could already see this blog post writing itself  “I turned up, and was so disappointed when my chain snapped … but, you know, what could I do?”

If I could just wipe that big smile off my face, I might actually be convincing.

Unfortunately, as I slowly pushed my bike back to my car I realised there was something I could do … I had my 29er (albeit without brakes) sitting in the back of my car …

So, psyching myself back up by telling myself that this was cyclocross, and I love cyclocross, I swapped bikes and very, very nervously joined the other racers for the race brief before lining up for the start … 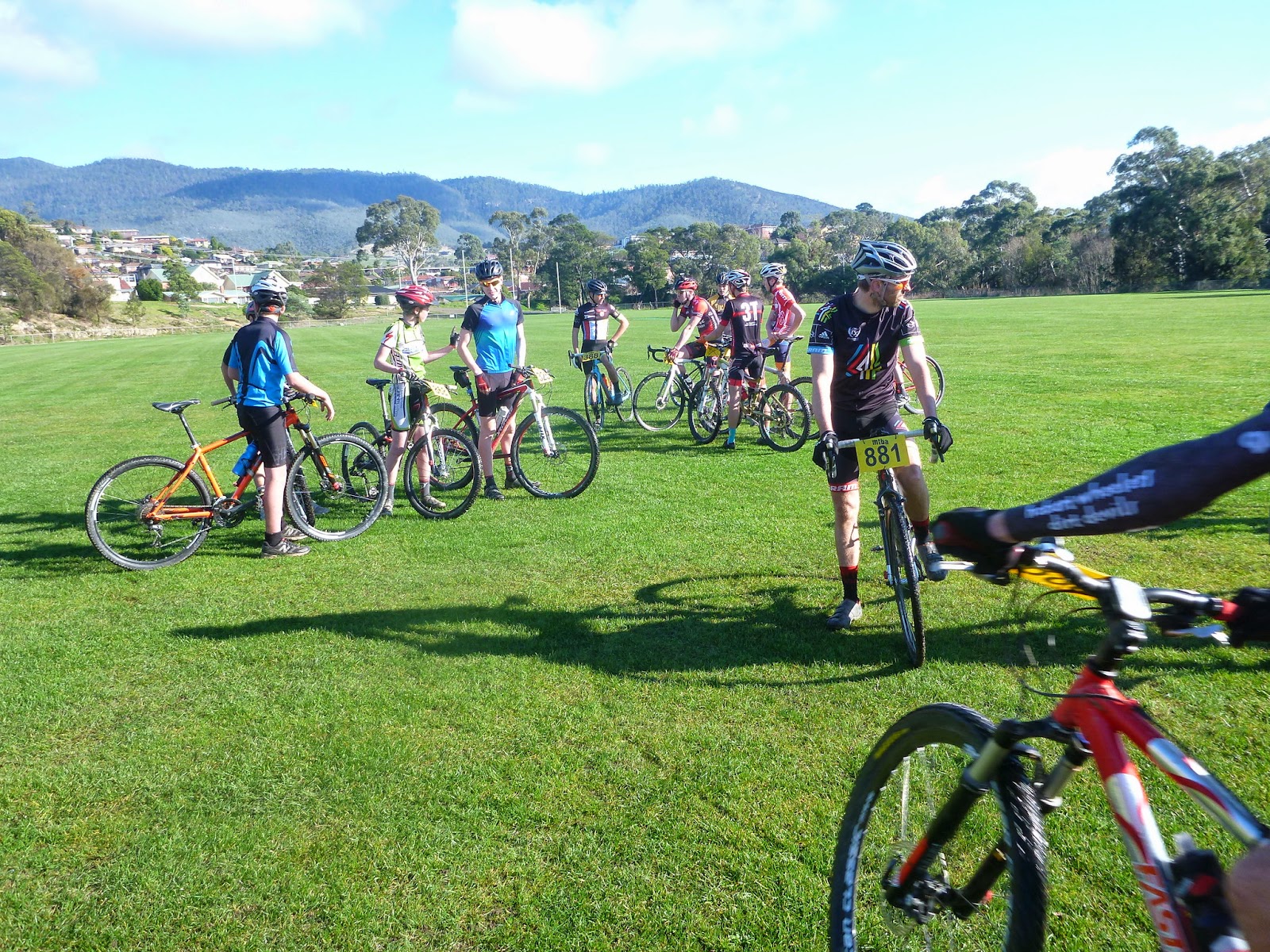 It became clear by the way that everyone lined up at the start (with wheels hanging over the start line) that there were only four of us that weren’t here racing for sheep stations, and things looked even more dire for me as the starters gun went off and we set off on a ‘prelude’ section around the oval and then over to the actual start line (to space us out a bit).

Half way around the oval I was already dropped off the back of the pack, with the only solace being one young kid and the only female entrant of the race still being back with me.

Then the young kid sorted out whatever gear problem he was having and he took off, leaving just me and the only female entrant (who, by default, had already won her race just by turning up).

By the time I got to the start line for the first time (I know how depressing that sounds) the rest of the field had already vanished into the distance, but the good thing about having a low emotional intelligence quotient is that now that I was racing, I didn’t really care … I was racing cyclocross!!!! 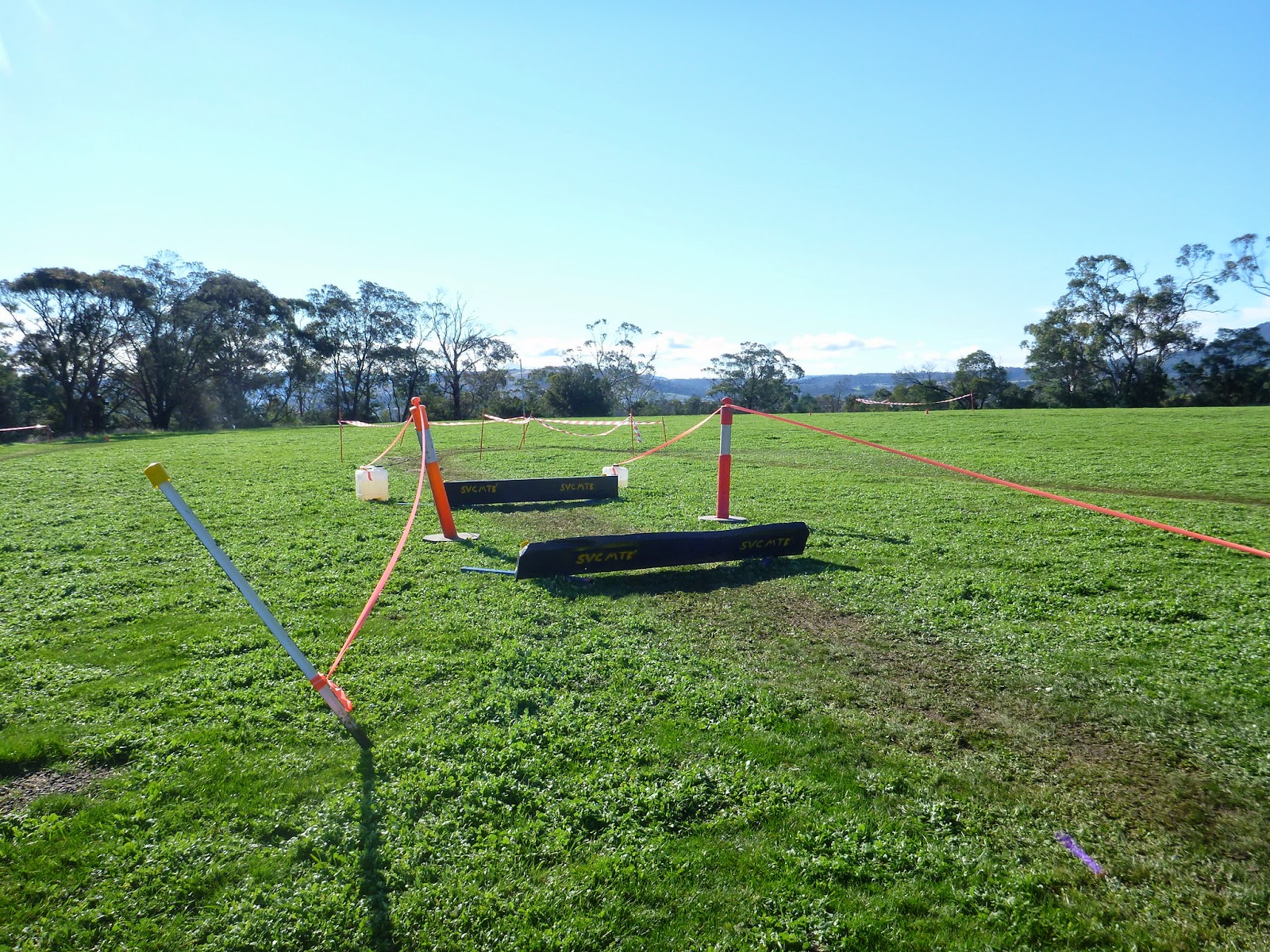 Not that I’ve got much to compare it against, but whoever put this course together had done an excellent job in my opinion.   The course had everything … steep slippery climbs,  fun switchbacks, plenty of nice logs and gutters to get over, some fast sections, some muddy sections, three sets of ‘hurdles’ and even some steps to run up. 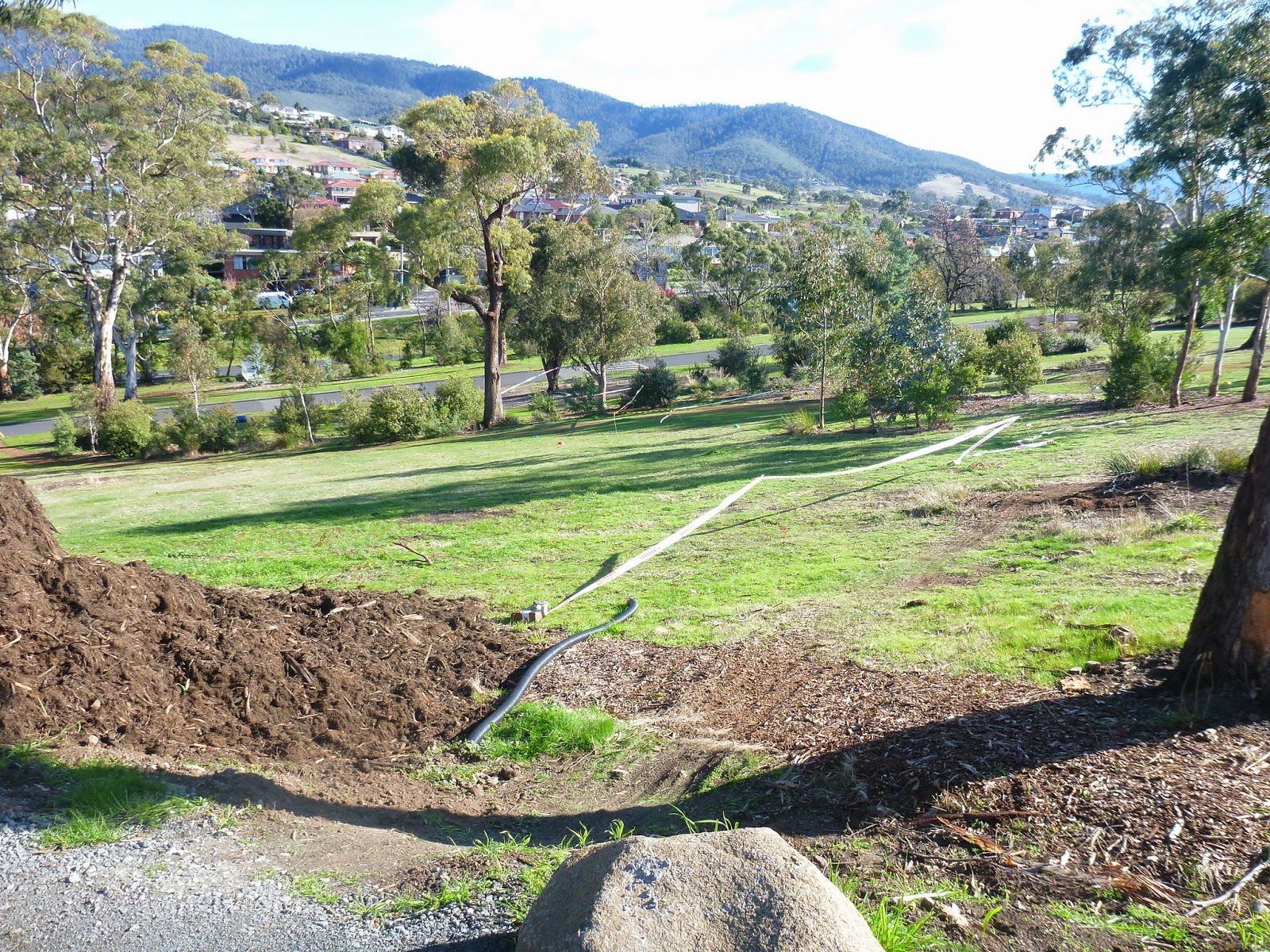 It was cyclocross and it was awesome fun … especially with an enthusiastic bunch of kids ringing their cow bells as we headed around the course.

I was completely by myself at the back of the field about half way around the first lap, and I got lapped by the two leaders for the first time just 100 metres into my second lap.

Whilst I do recall reminding myself at that point that winning is a mental game, that it always took me a while to get going and that I would start chasing them down soon, I think that even I secretly knew that unless all twenty competitors exited the race with mechanical problems (in the first half of the race) then I wasn’t going to podium this time around.

At least I got that bit right. 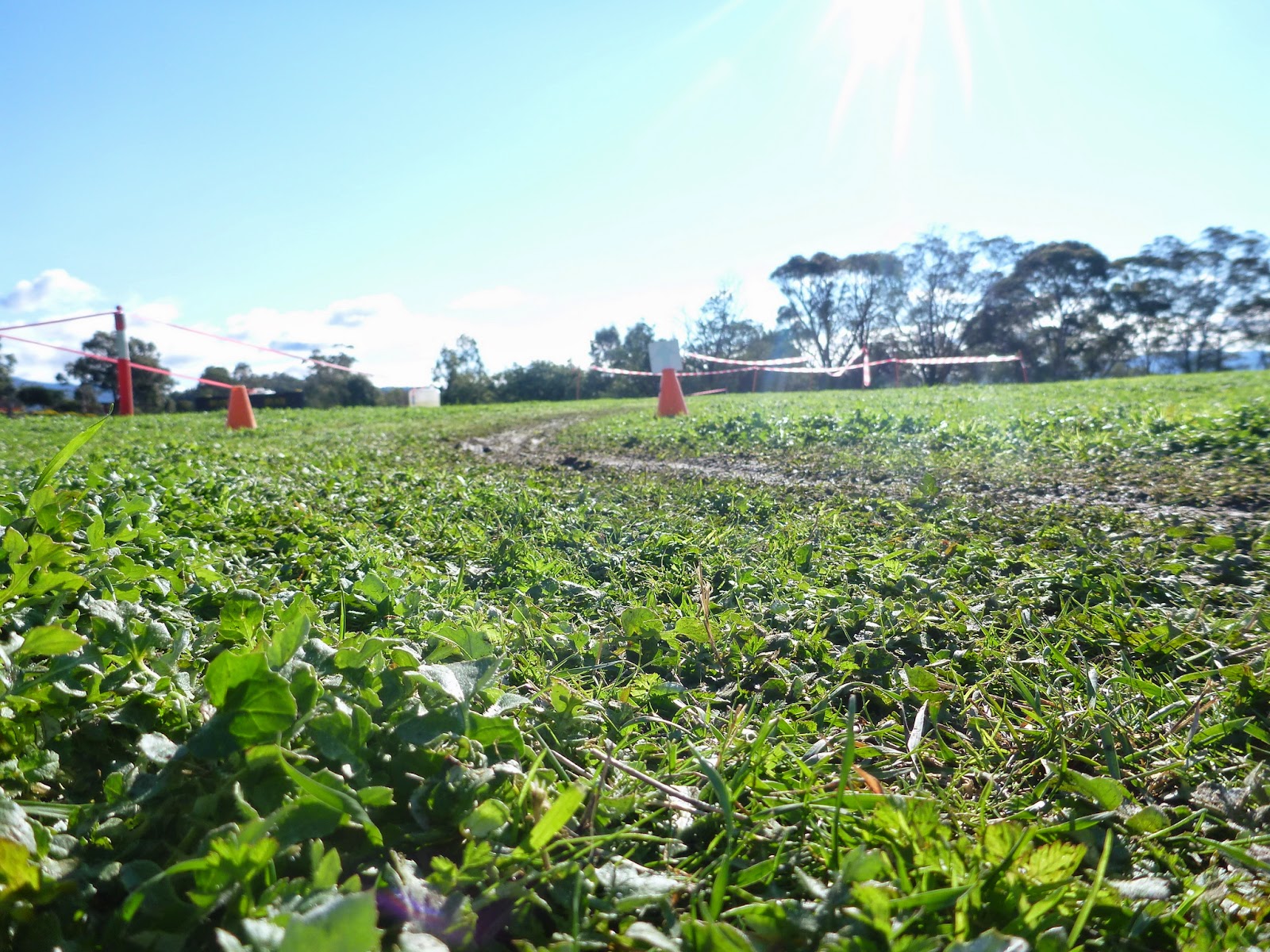 The lead guys were doing laps in under six minutes, whilst I was doing them in about 11 minutes … so I was pretty much getting lapped every single lap, but I just kept an eye out behind me and got out of the way when I saw anyone coming up on me, and it was inspiring to see how effortlessly most of the riders were able to get up, down and over obstacles that I found challenging.

As it turned out, not only was I the last male finisher as predicted, I was also the last male finisher over the line (I had a vague hope that because of the lap system someone else might finish behind me, albeit that they would have done a lot more laps, but it wasn’t to be and they were packing up when I crossed the line).

But that doesn’t really matter to me … I may have been surrounded by a bunch of serious riders (all of whom were really friendly out on course) but as I rode back to my car in my cheap fluid jersey, now covered in mud, I had a smile on my face which stretched from ear to ear.

Maybe, I reasoned, those expert are at least partly right … maybe it is a mental game, maybe it’s all about attitude … all I have to do is redefine what “winning” means, and for me, today, winning just meant being there and having some fun … and that I managed to do