I went for a ride today …

It may be more accurate to describe it as having gone for a walk with my bike. 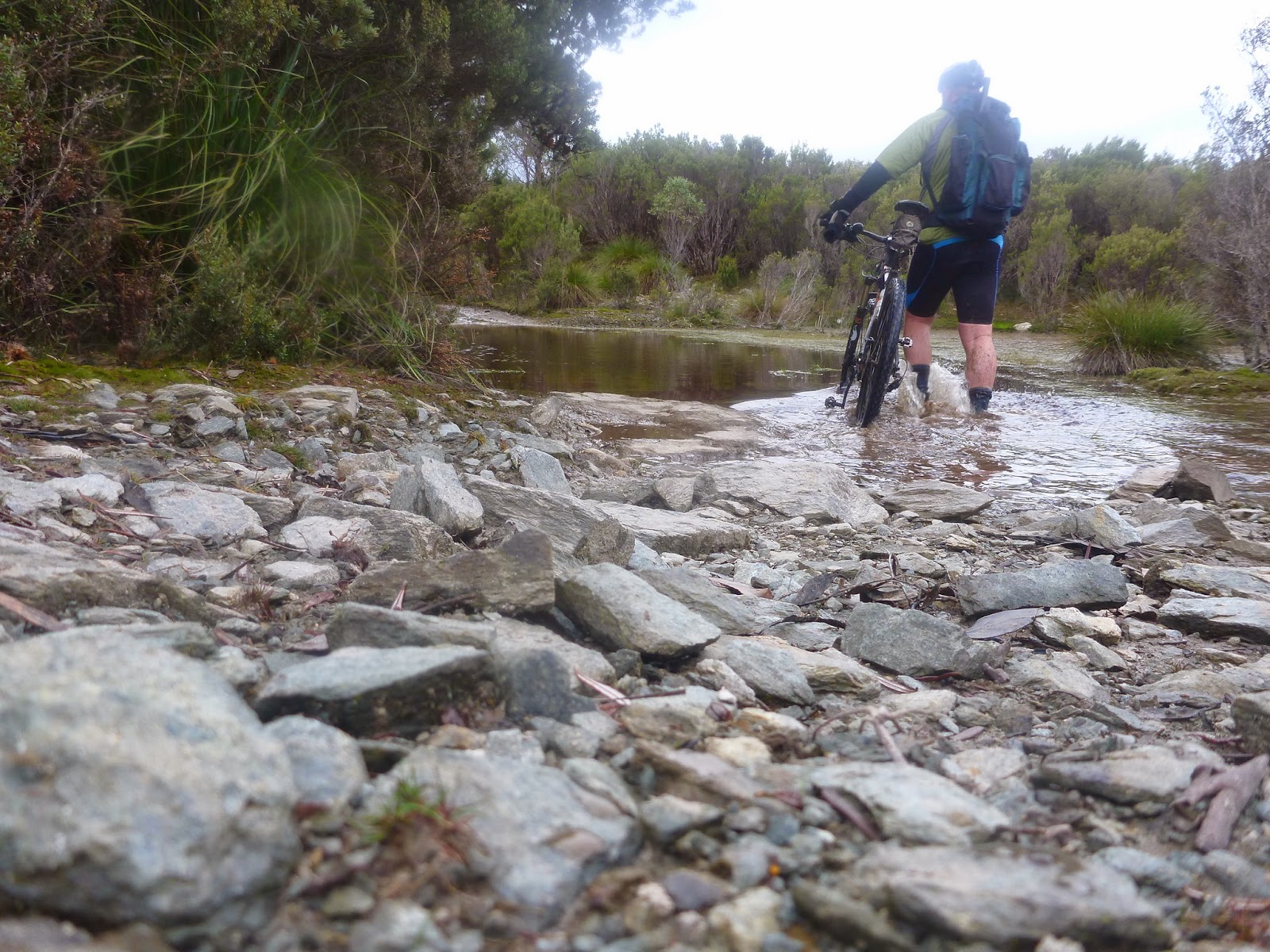 I went on an adventure today.

Yes, that covers it. 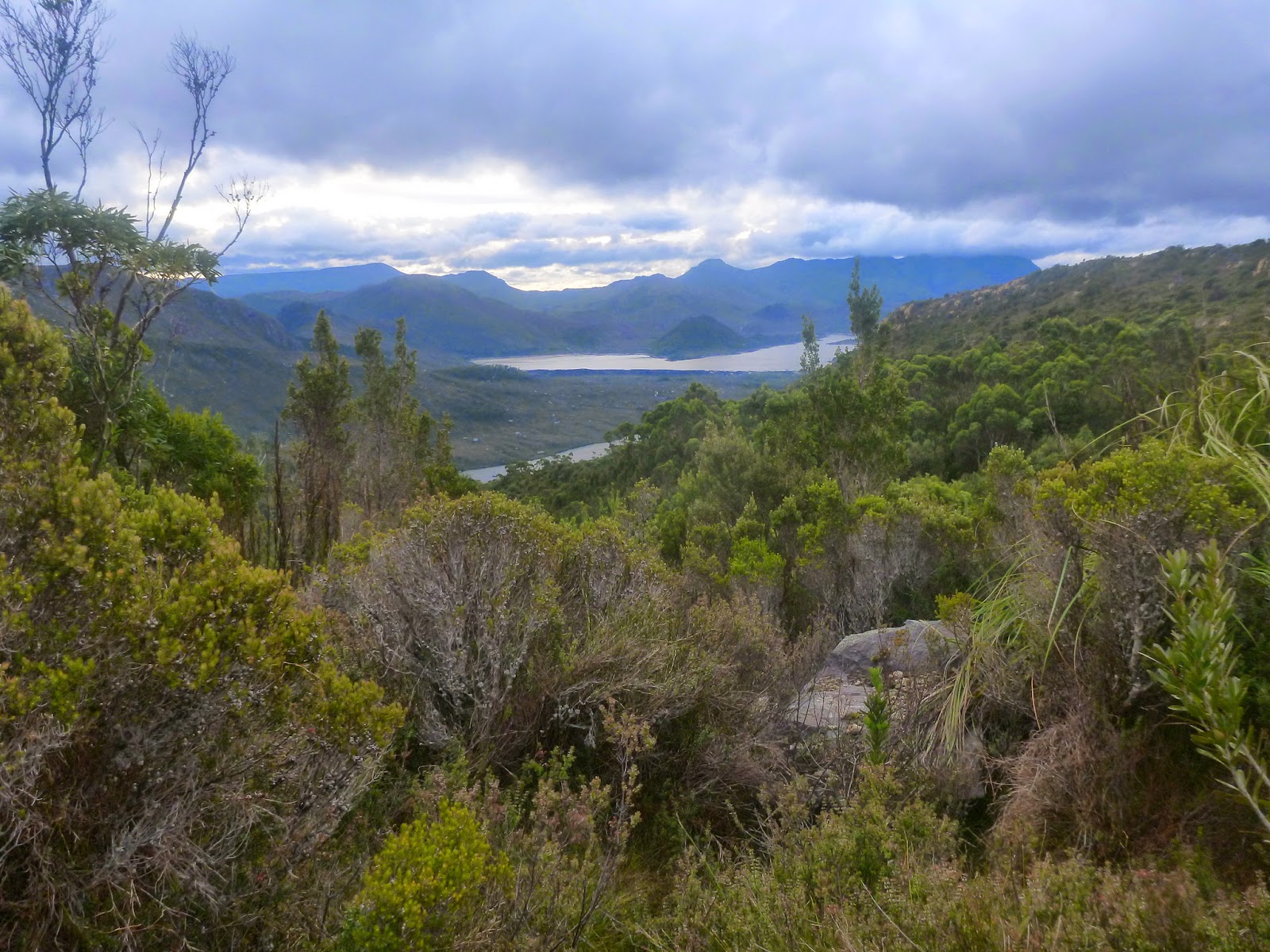 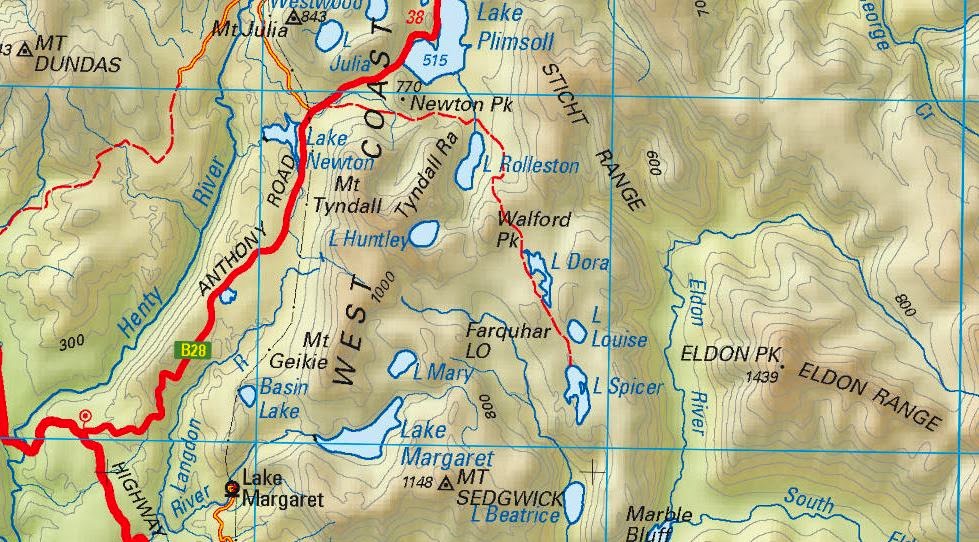 … and someone must have built that road for a reason.

Maybe they built it just for me? 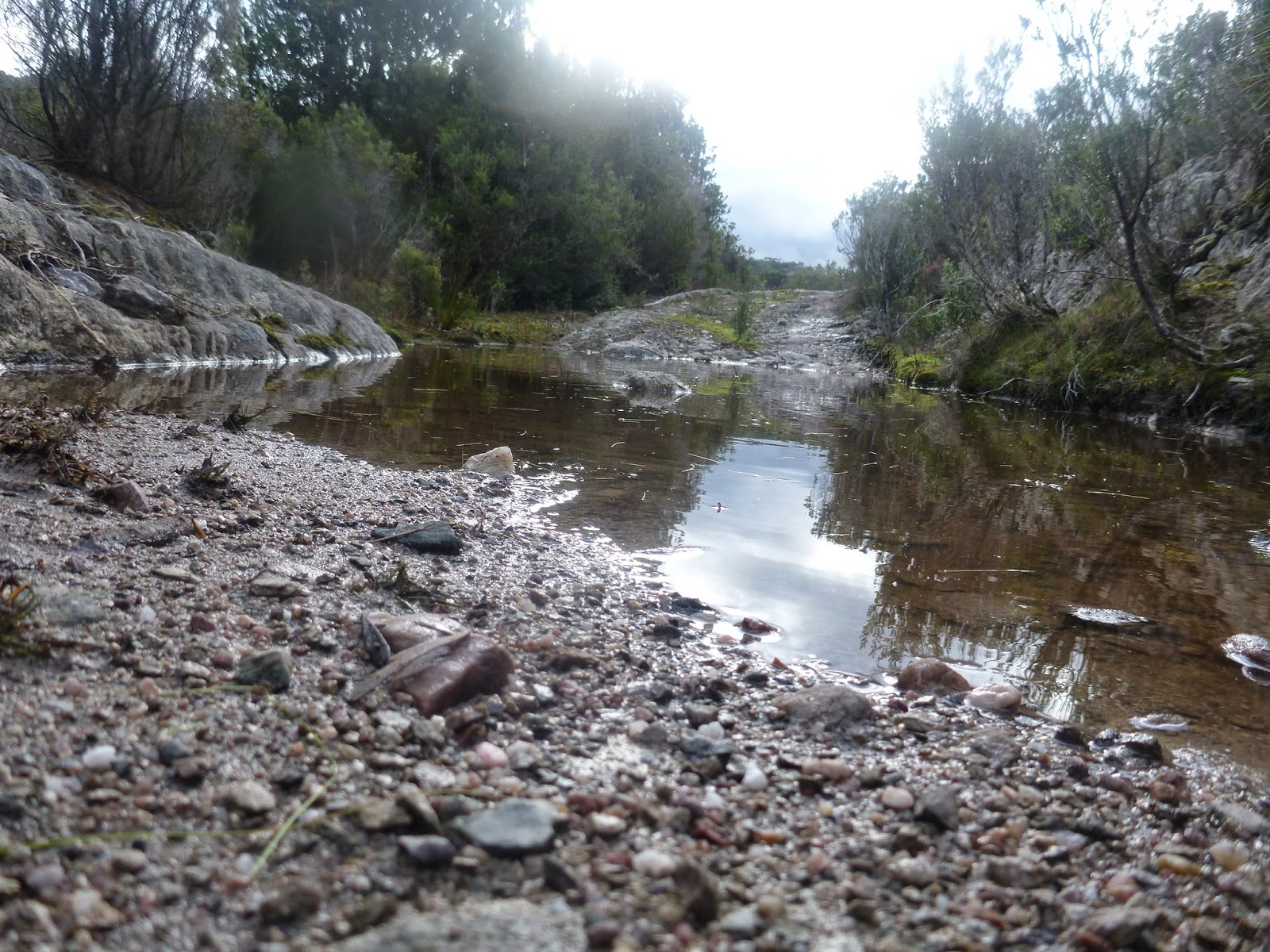 I needed somewhere special to go today, somewhere that I could imagine my father marching out to in his earlier days, and somewhere I knew I’d be alone with just my thoughts and the moment to moment challenges of getting from point A to point B and back again.

Despite leaving Hobart around 6am, I didn’t get to the start point until after 11am.  I then set off to see what I would see along that white ribbon of road that I’ve stared at so many times …

I’ll be honest and say that I’m not exactly coming off a fit time in my life right now and after almost a week sitting around in hospital eating junk food and drinking coffee, I struggled with what this track threw at me early and was ready to turn around after the first kilometre (and pretty much ever kilometre after that).
Continuing the honesty, if this ride hadn’t been some form of private tribute to my father and his motto of “on ever on” I may well have found a reason to turn around today … 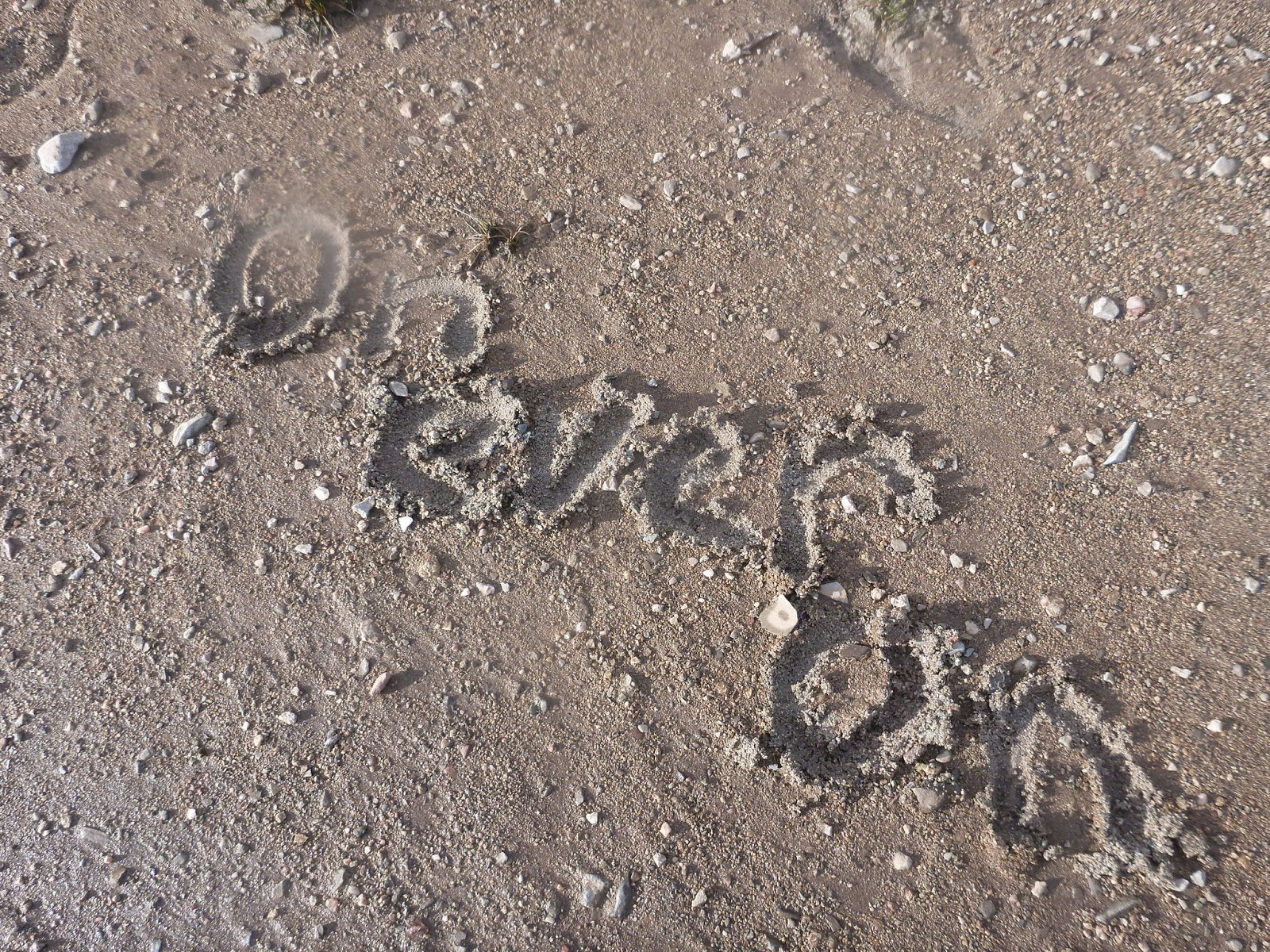 But it was a tribute so there was no option but to get to the end.
Fortunately, although it feels like you undulate up and down a lot in the first couple of kilometers, there’s actually a lot more ‘up’ than ‘down’ which you only really notice on the way back to the car (which is a hoot) … 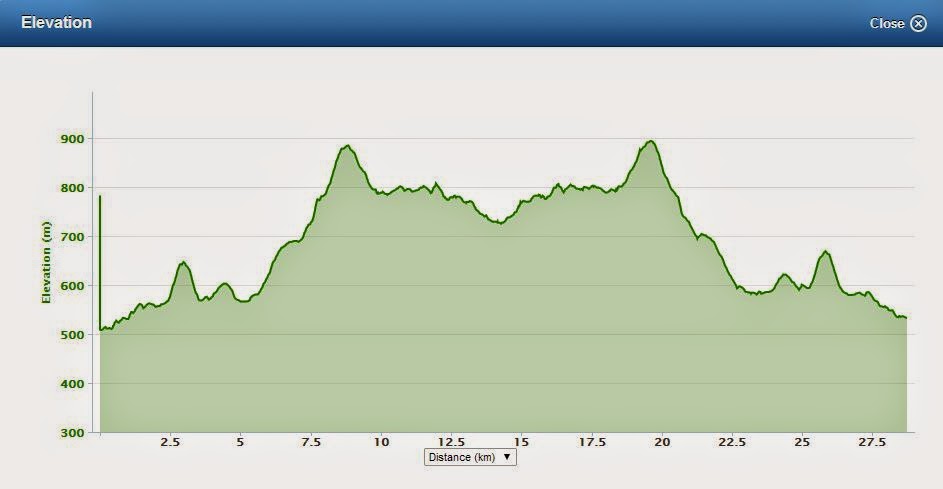 This first couple of kilometers culminates in a steep push up and over a little saddle before plunging back down the other side and across what was to be the first of many creek crossings. 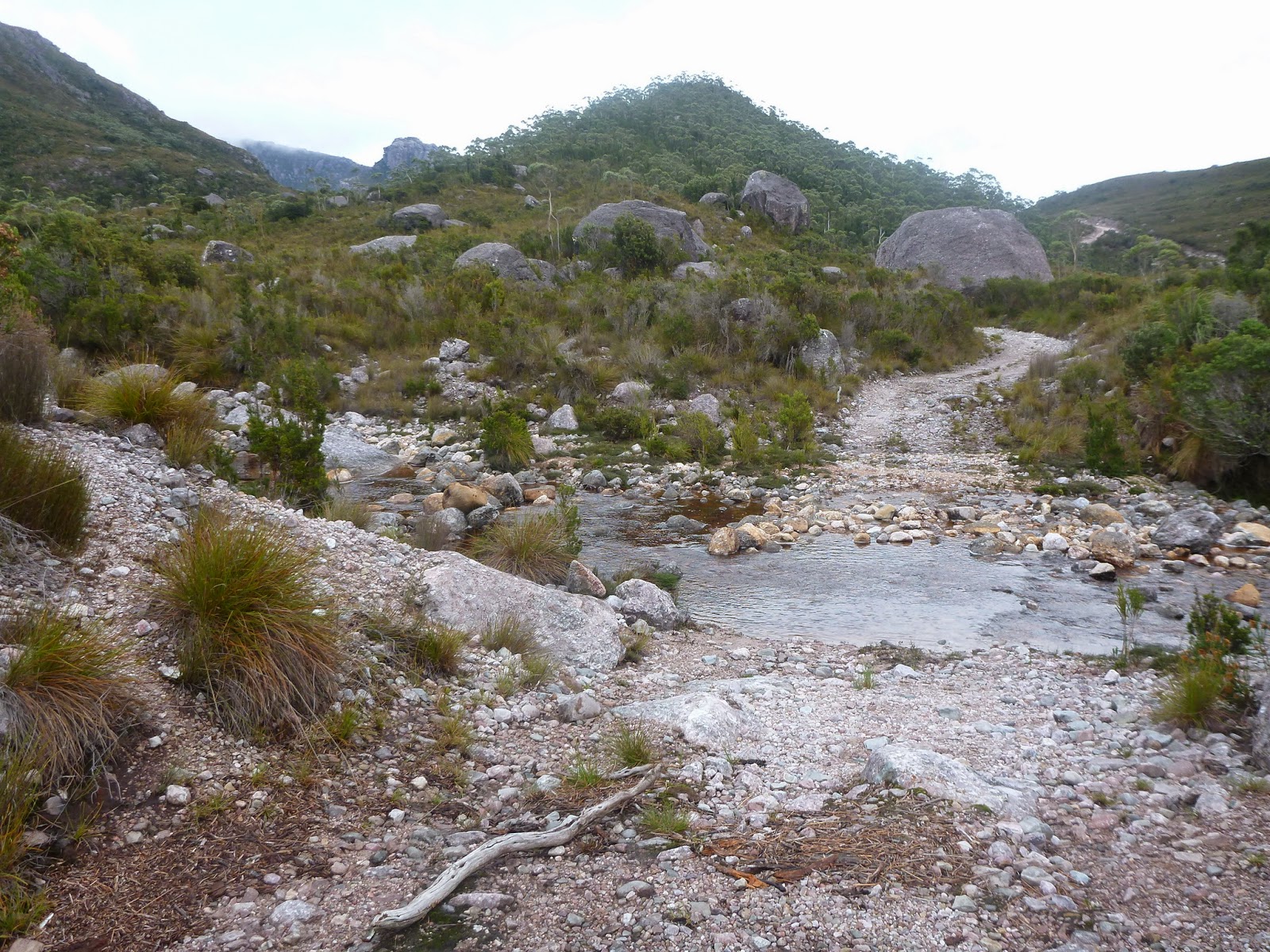 I had a chuckle to myself on the way back … I was so careful in getting across this first creek on the way in … stopping my bike and jumping from rock to rock to keep my feet dry … whereas on the way back I just charged into the creek, keeping my weight back, and charged on through …  It’s funny how your perspective changes depending on whether your feet are dry or wet and feeling like icicles.

If you’re wondering, the track is open and clear the whole way (there had been recent 4WD traffic down it), but it isn’t being well maintained and so all the small gravel has been washed away and there’s lots of deep puddles and river crossings. 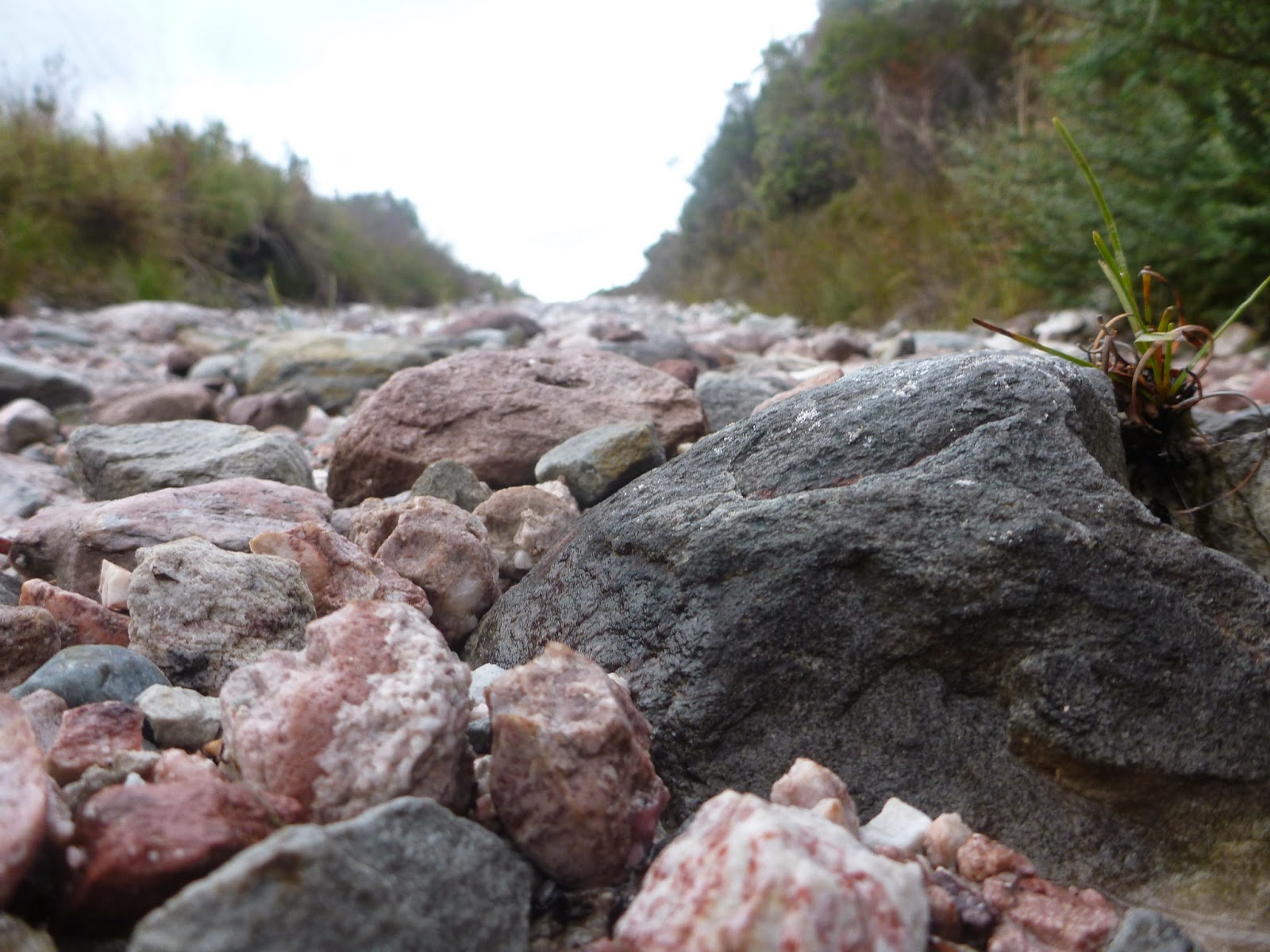 After sidling down the hill, I came to my first real creek crossing (Anthony River) at the bottom of Lake Rolleston and there was no choice here but march through (knee deep) to get to the other side.
There was a lot of pushing for me from this point onwards as the track climbed up to a saddle under Walfords Peak, and then it just got silly as I plunged down the other side and rode the final few kilometres out to Lake Spicer through knee deep puddles, rivers and some surprisingly fun trail. 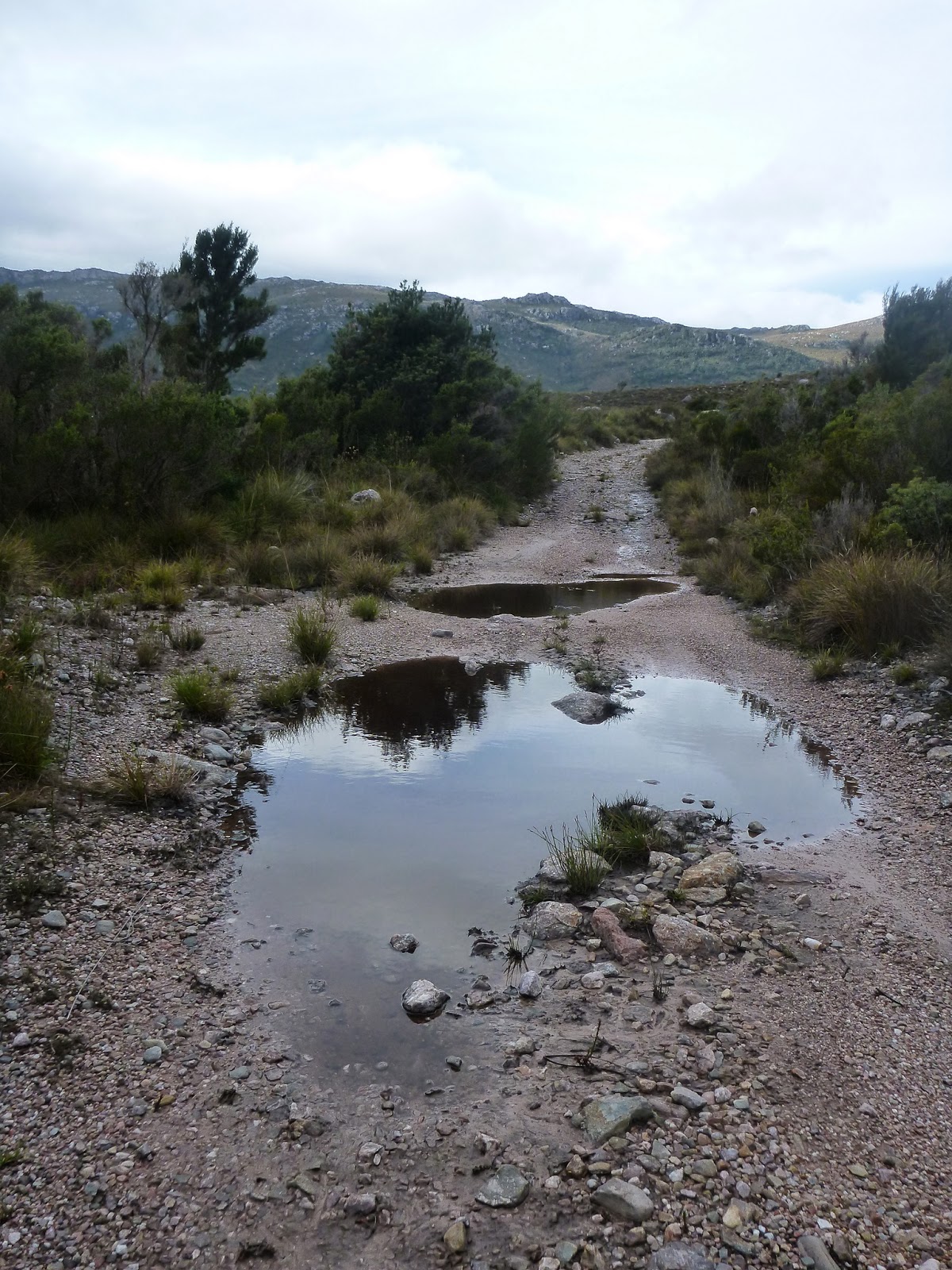 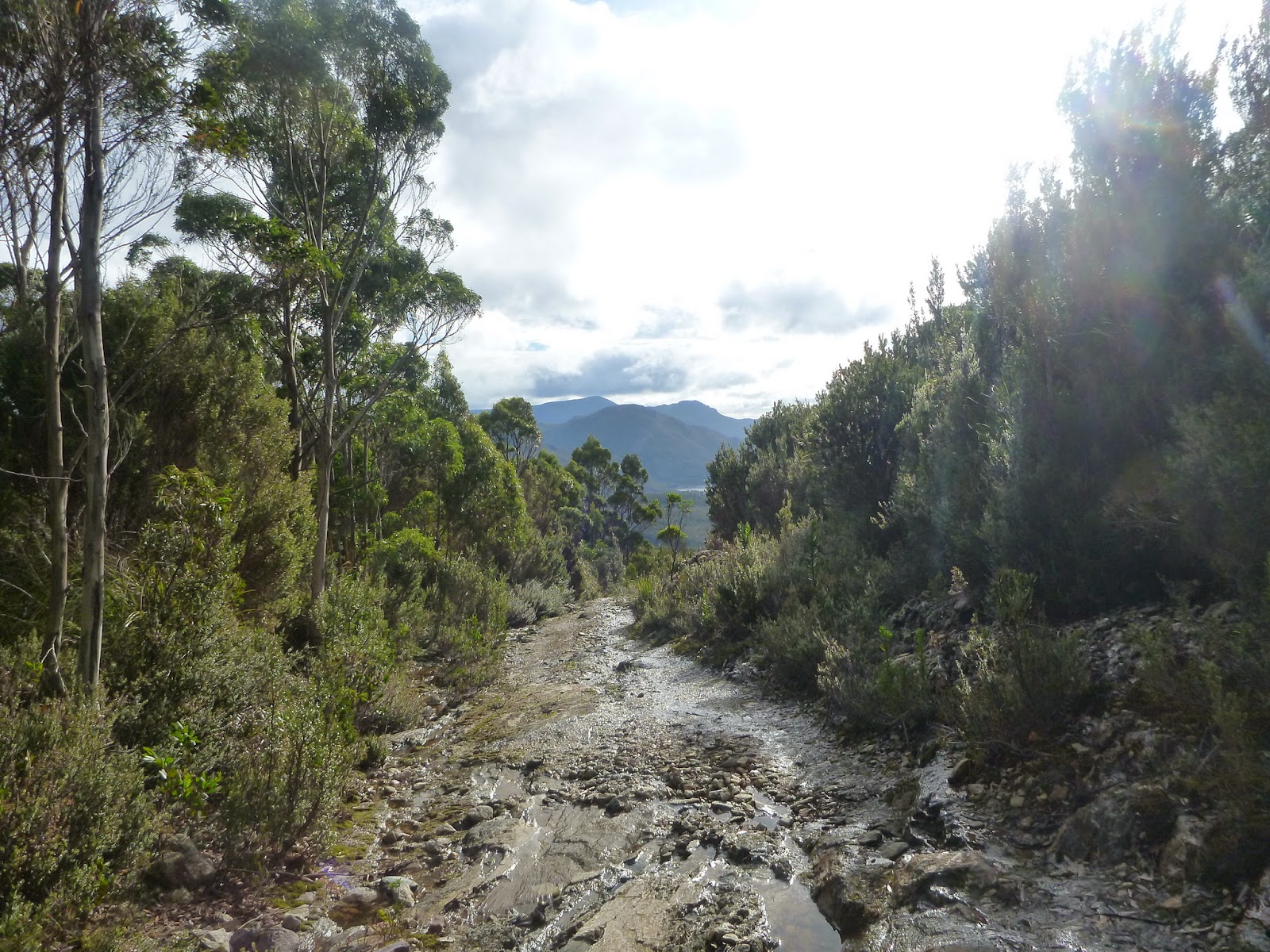 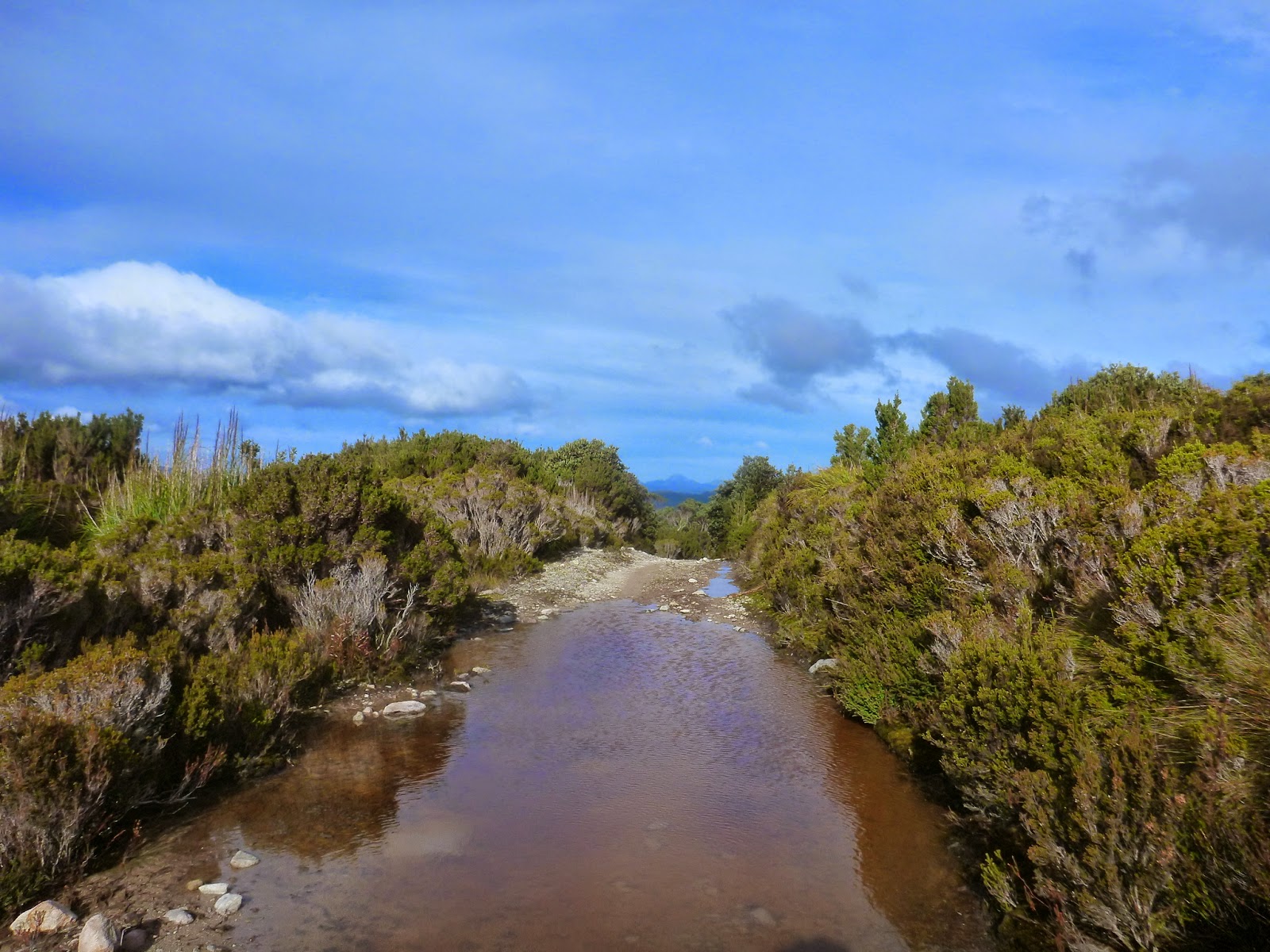 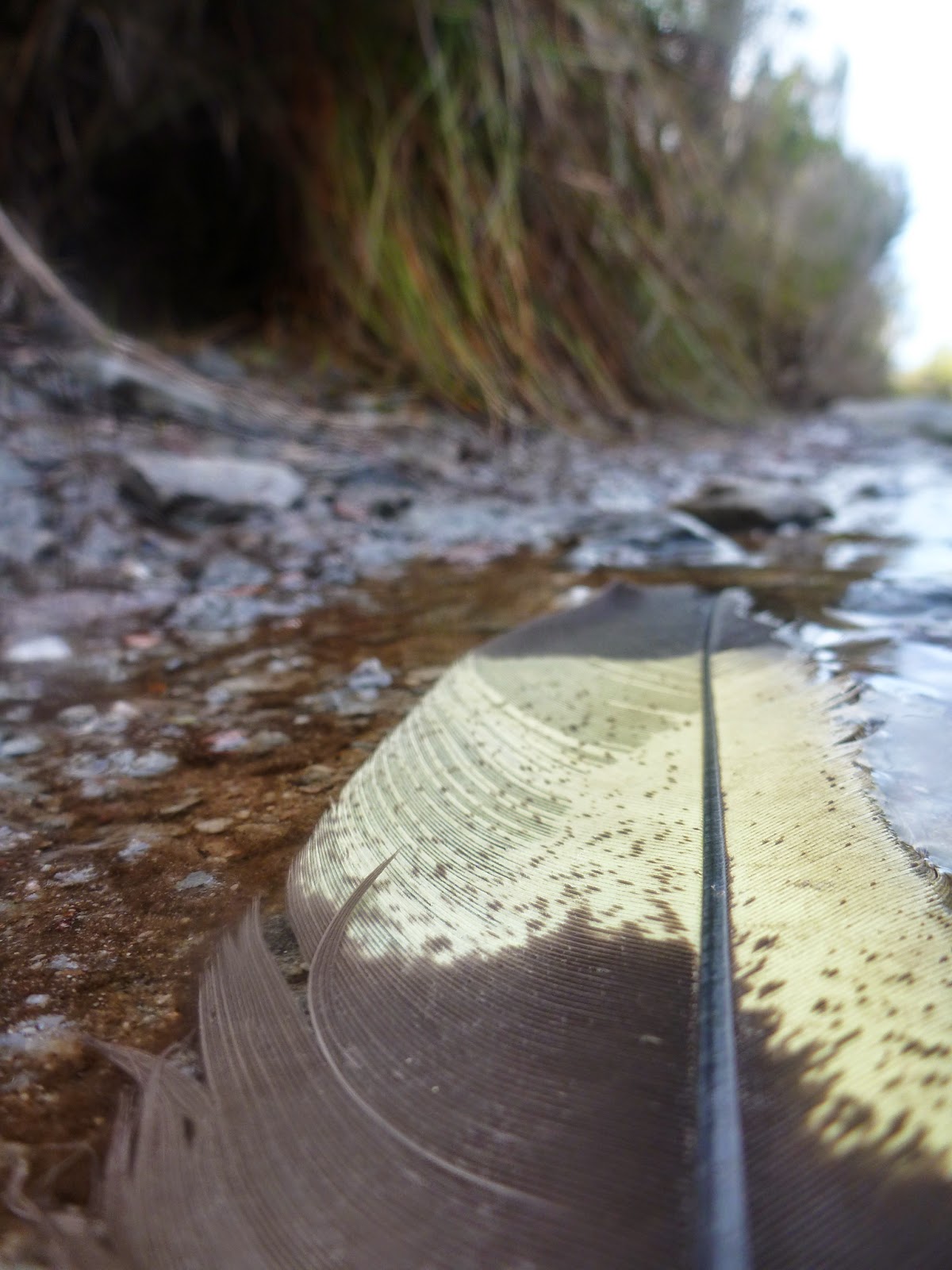 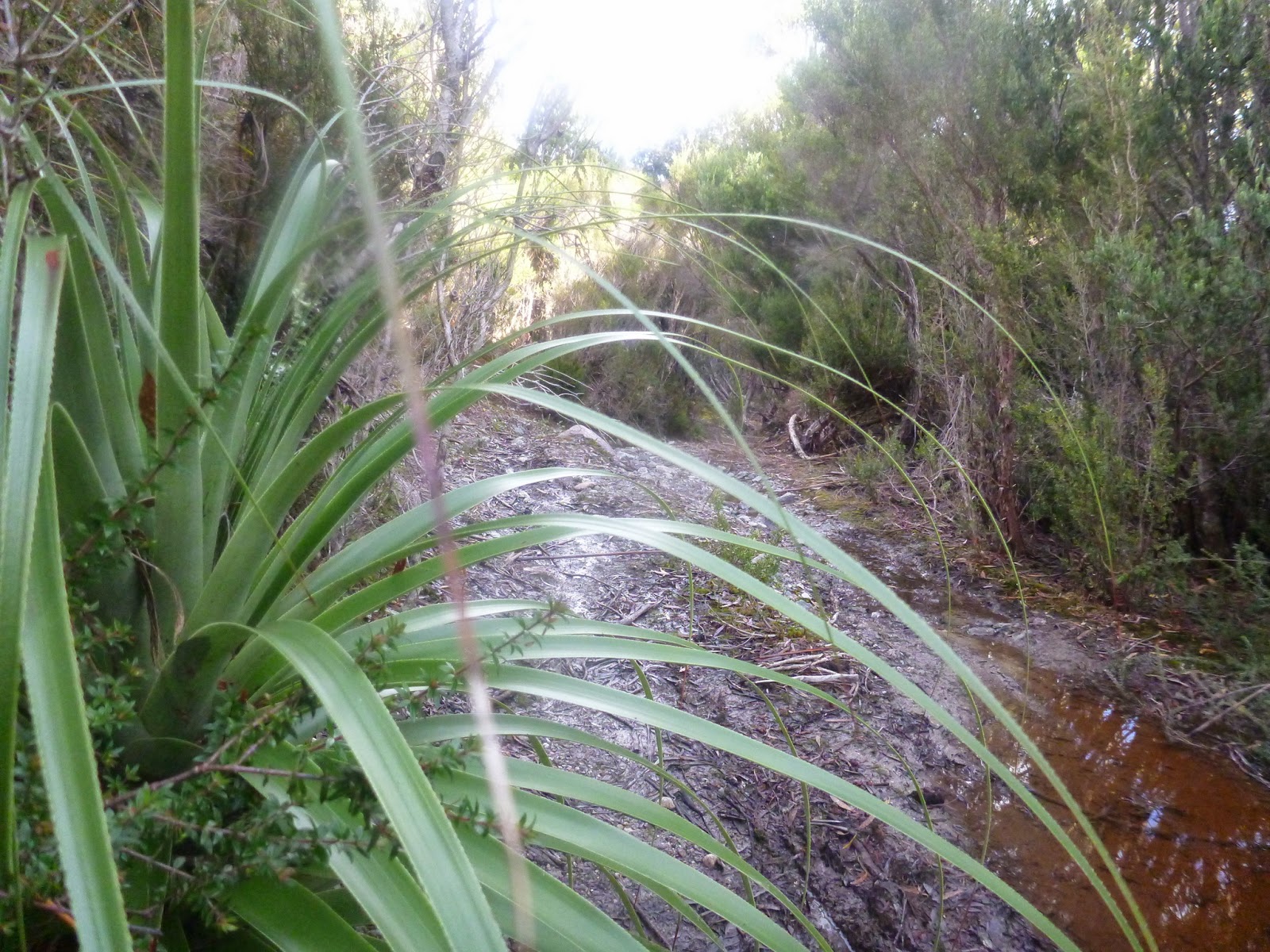 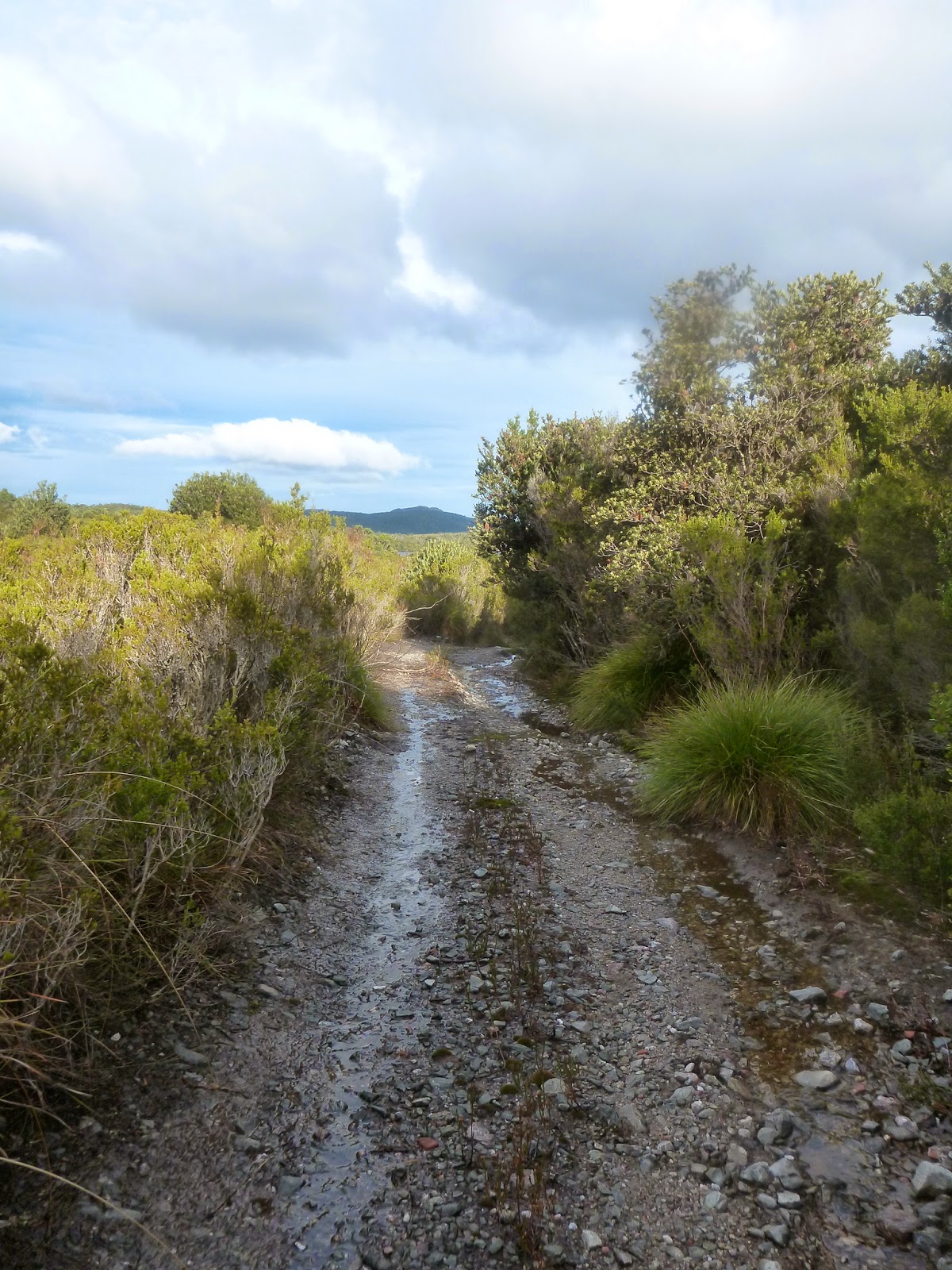 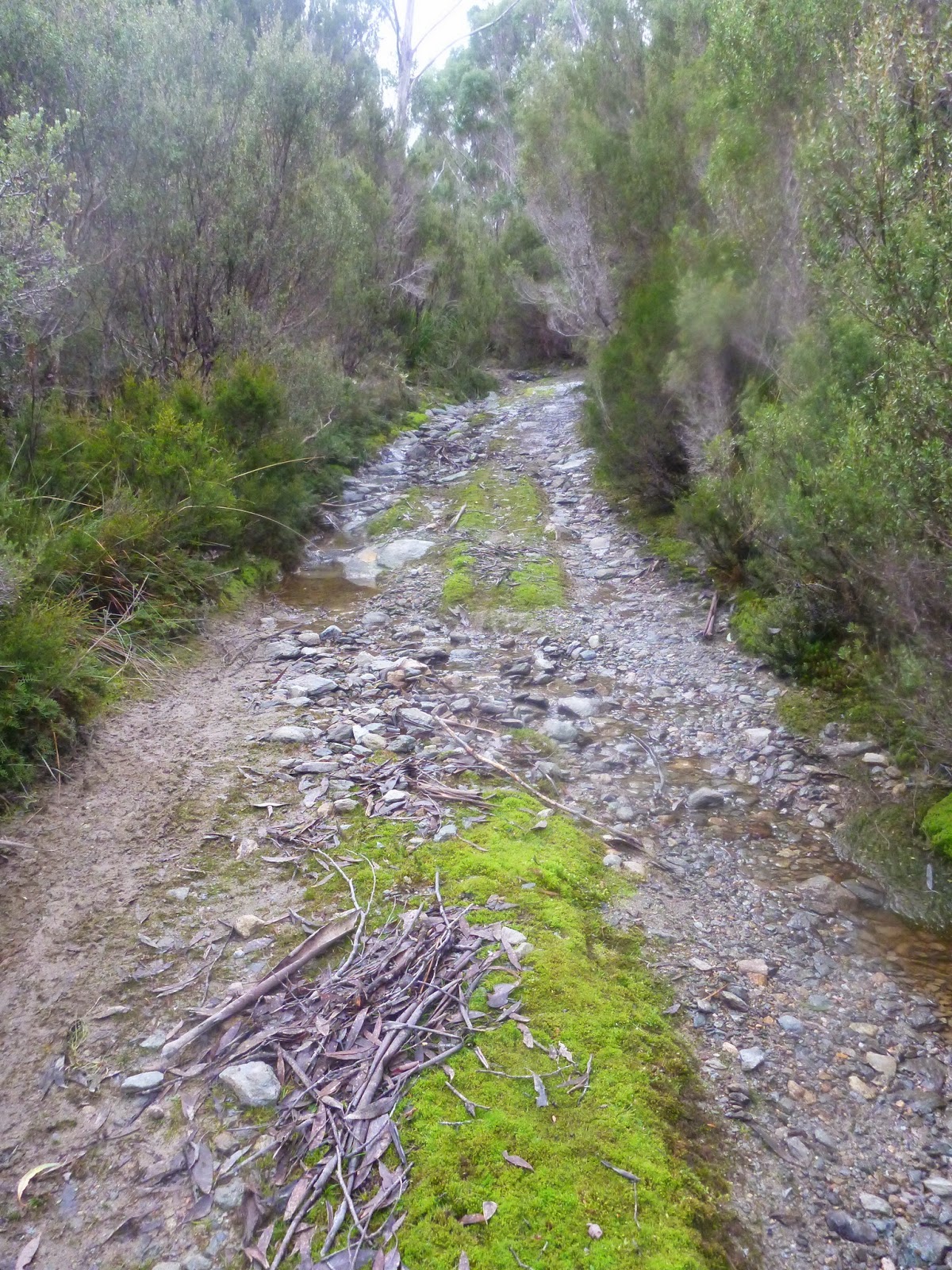 …  to finally emerge at the edge of Lake Spicer (with, I might add, my packraft on my back ready for further explorations) only to find  … well … a pretty disappointing spot with nothing more than a wet, boggy turn around circle, a cold, biting wind, and a fairly unexciting lake in front of me … 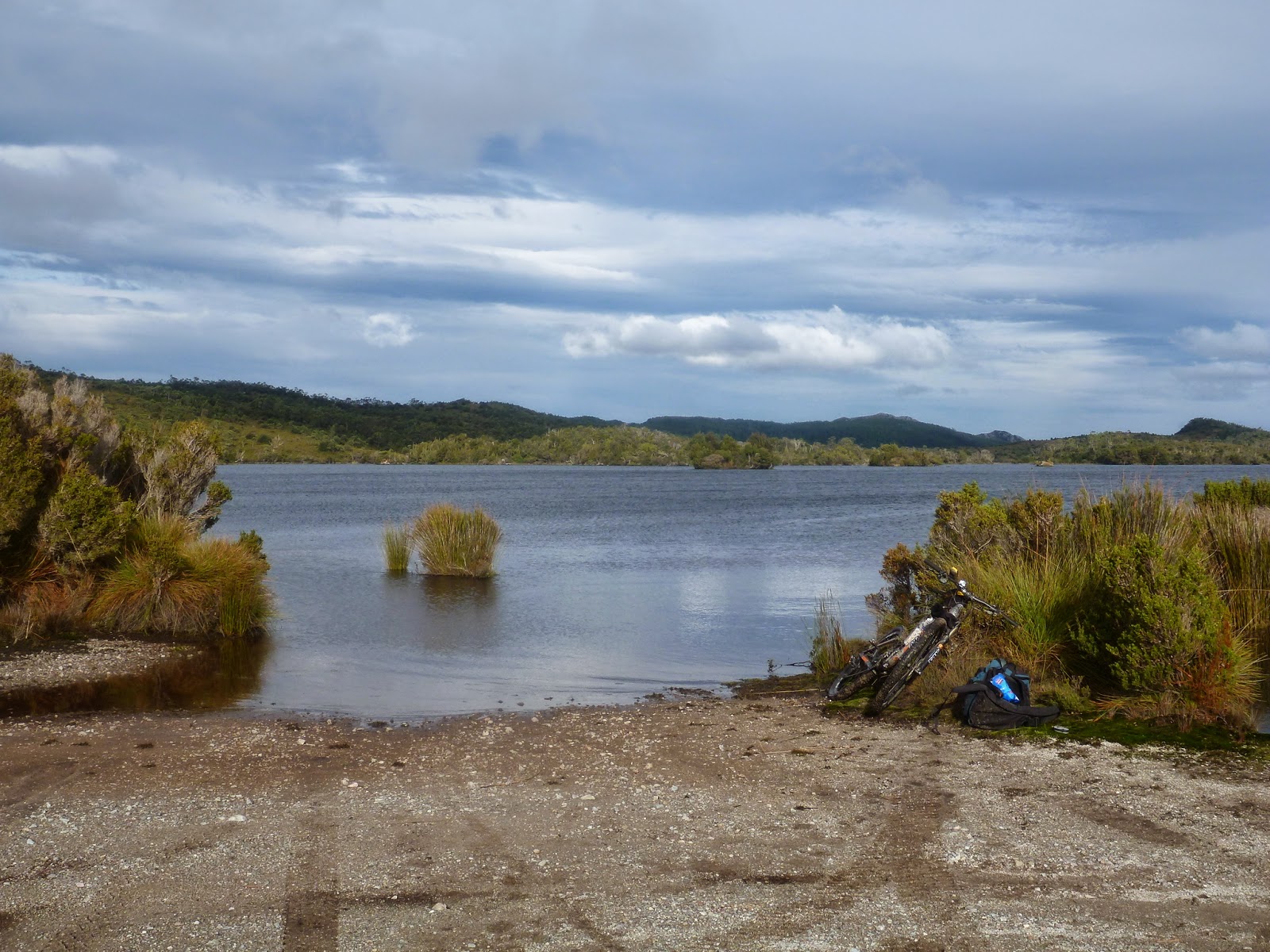 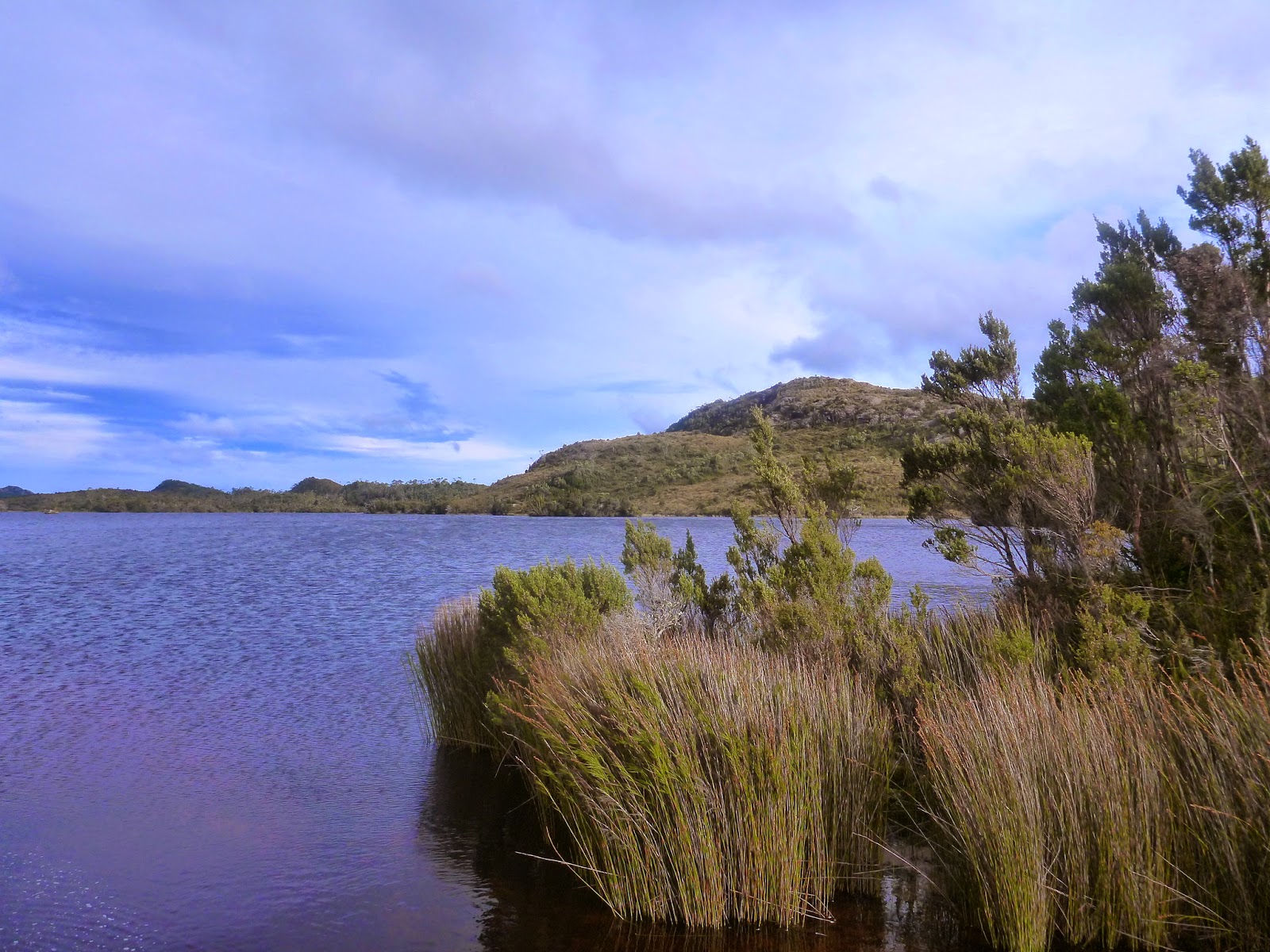 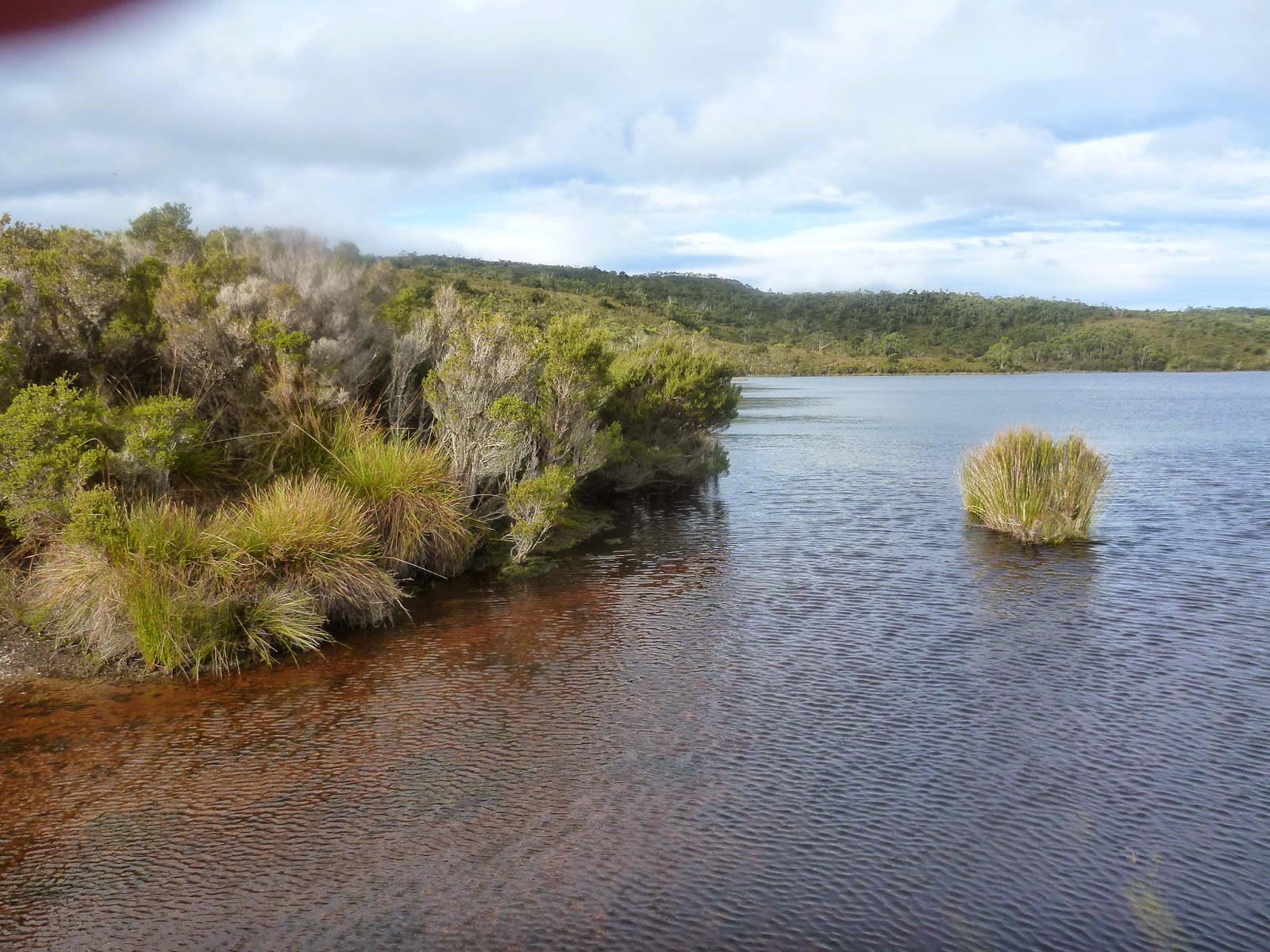 So I said my goodbyes (rather quickly) to my dad and then turned tail and headed the heck out of there.
Although returning over the same ground on the way out, it was still a nice ride … in some ways more fun because I knew what to expect and so started charging through puddles I’d previously walked or rode around plus there was a lot more downhill on the way out than on the way in …
I had thoughts of following the track from the bottom of lake Rolleston down to lake Plimsoll and then following the coastline around to the road (rather than head back over the spur) and I’m glad I missed the turn off to the lake (which is on the eastern side of the river, not the track you come to on the way in before you get to the river).
Instead, I mistakenly headed out to the lake Roseberry Anglers Club Huts, where I had to turn around well short of the lake, and headed back out the way I had come in … only to find that from the top of the spur it’s mainly undulating downhill back to the car and probably the most fun I had on the entire trip. 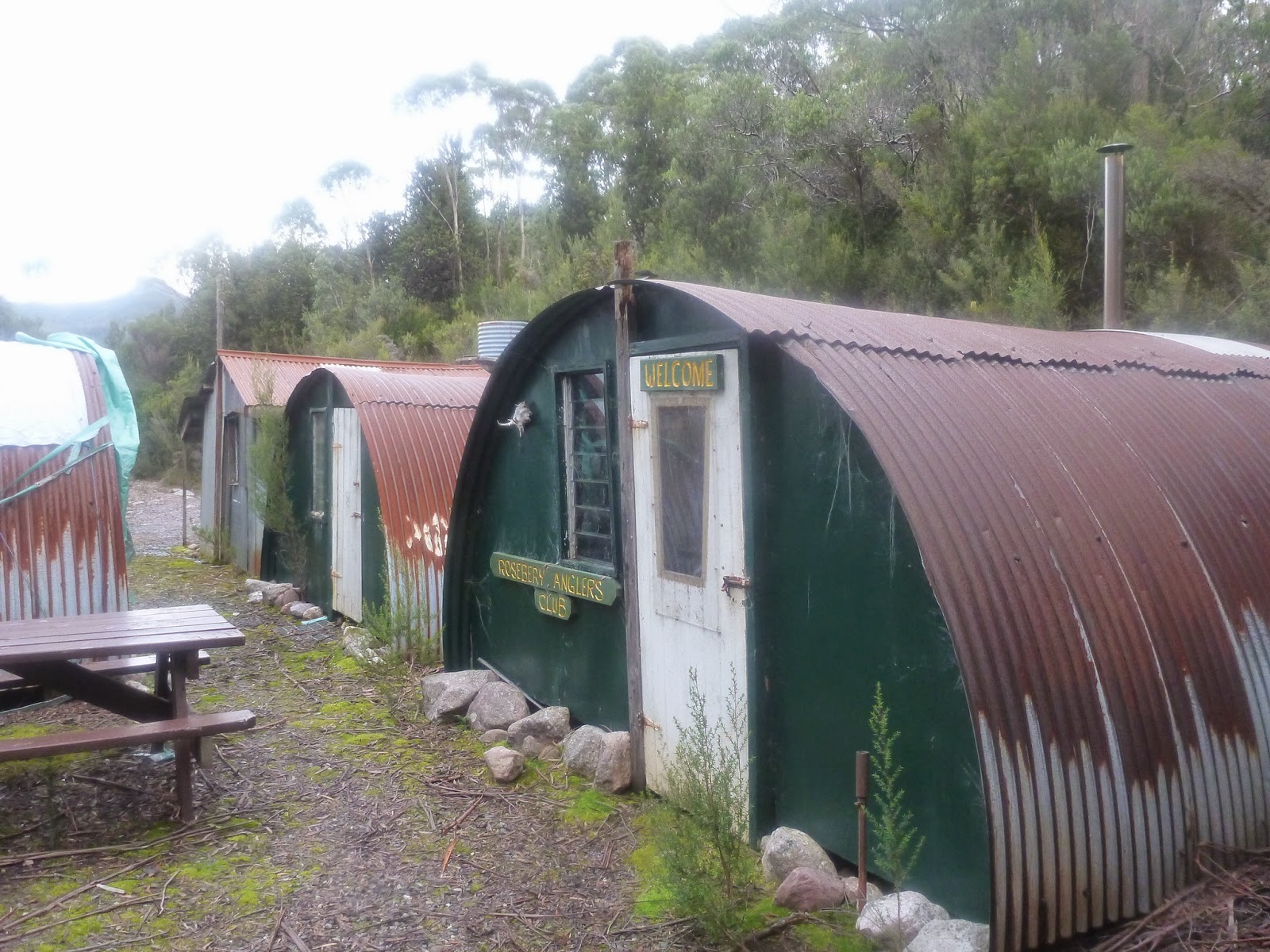 I also later discovered that there is a large river running into the lake just before the highway, and so I suspect I wouldn’t have gotten back out that way anyway ….
It took me nearly 5 hours to do the out and back ride of 28kms.
Kim will be running a marathon in a few weeks which will be (a lot) faster than that … but that wasn’t the point of today, today was about being alone with my dad and saying goodbye.
As to whether others should follow … if you like steep climbs and descents, remote riding,  have the right gear, don’t mind getting wet and cold … then I’d say pick your day and go for it.
There are some great views out the back there … if you get a clear day.
But for me … well it was almost dark when I got back to the car and the only thing on my mind was a hot shower at Tullah Lodge followed by a good steak and lots and lots of salad.
And I’m glad to say that from that point forward everything went exactly to plan.