When it comes to family, I know I’ve been one of the lucky ones. 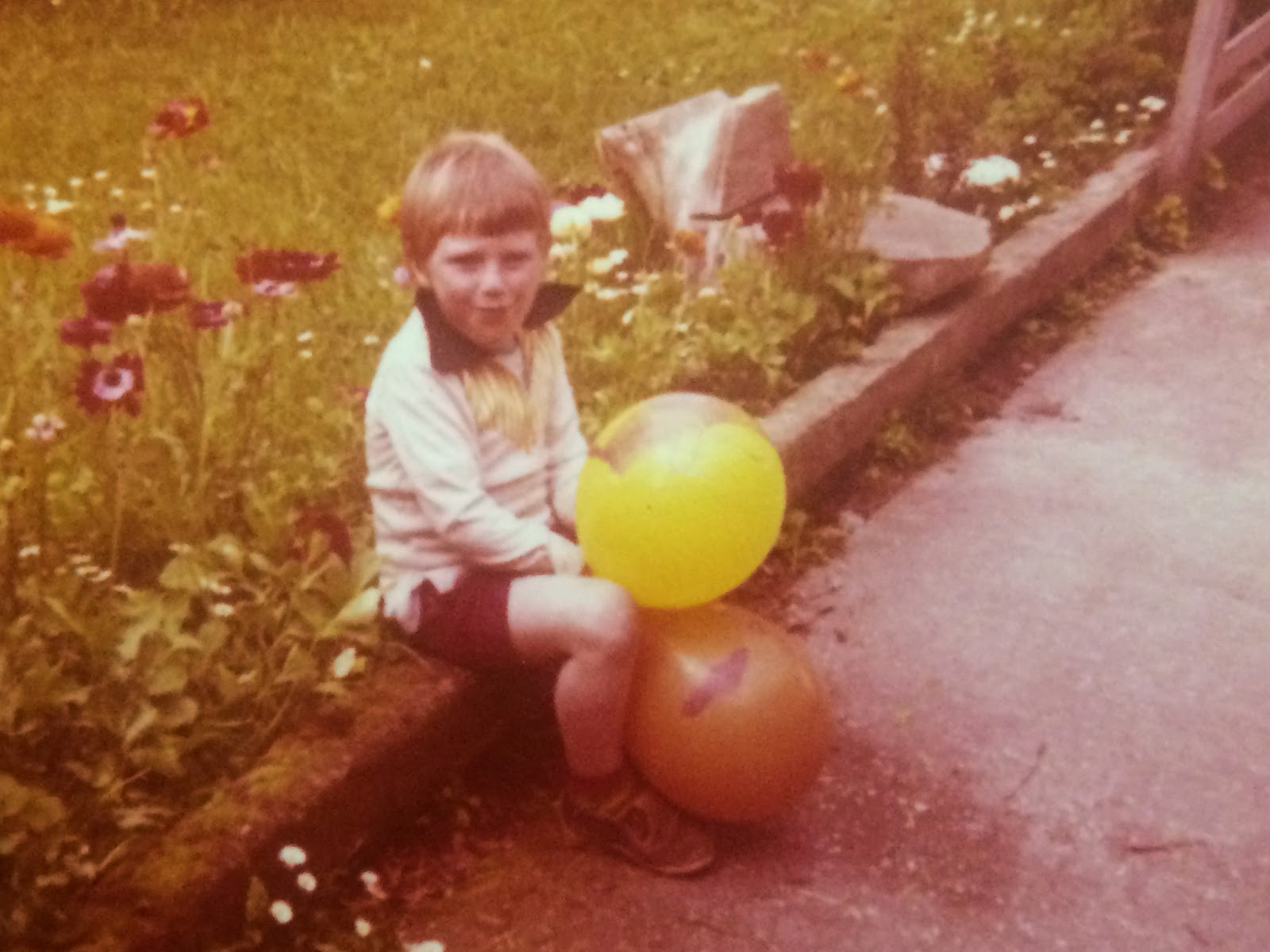 In their own ways they each encouraged that small shy child who was me, and who never really fit into a small town in Tasmania, to believe in myself and ultimately to pursue my own life and dreams.
They, of all the influences in my life, have made me who I am today, and anyone who has read and enjoyed this blog or appreciated the time put into www.tassietrails.org have unknowingly benefited from the lessons and social conscience passed onto me by my parents.
Monday was a public holiday here in Tassie, and me, my sisters and our families all returned to where we grew up and went for a walk down memory lane to celebrate the early lives we were given .. 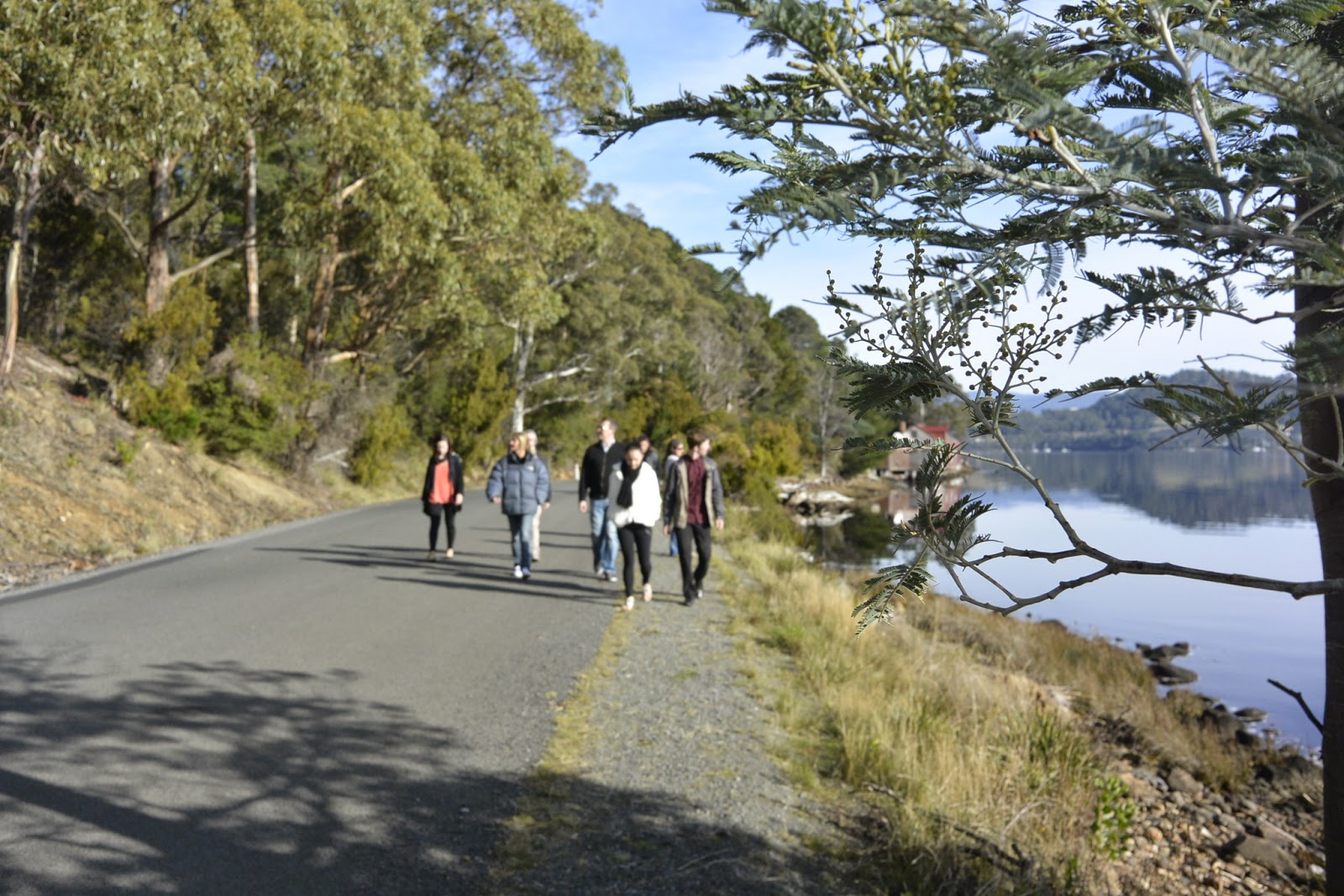 For example, when we were young kids, I think mum was a bit worried about all the time we spent down by the river by ourselves, so one day dad brought the mirror-dinghy down, and we were told to jump into the water from the jetty in the photo below, and we then swam across to “the island” (egg island) whilst dad rowed across in front of us. 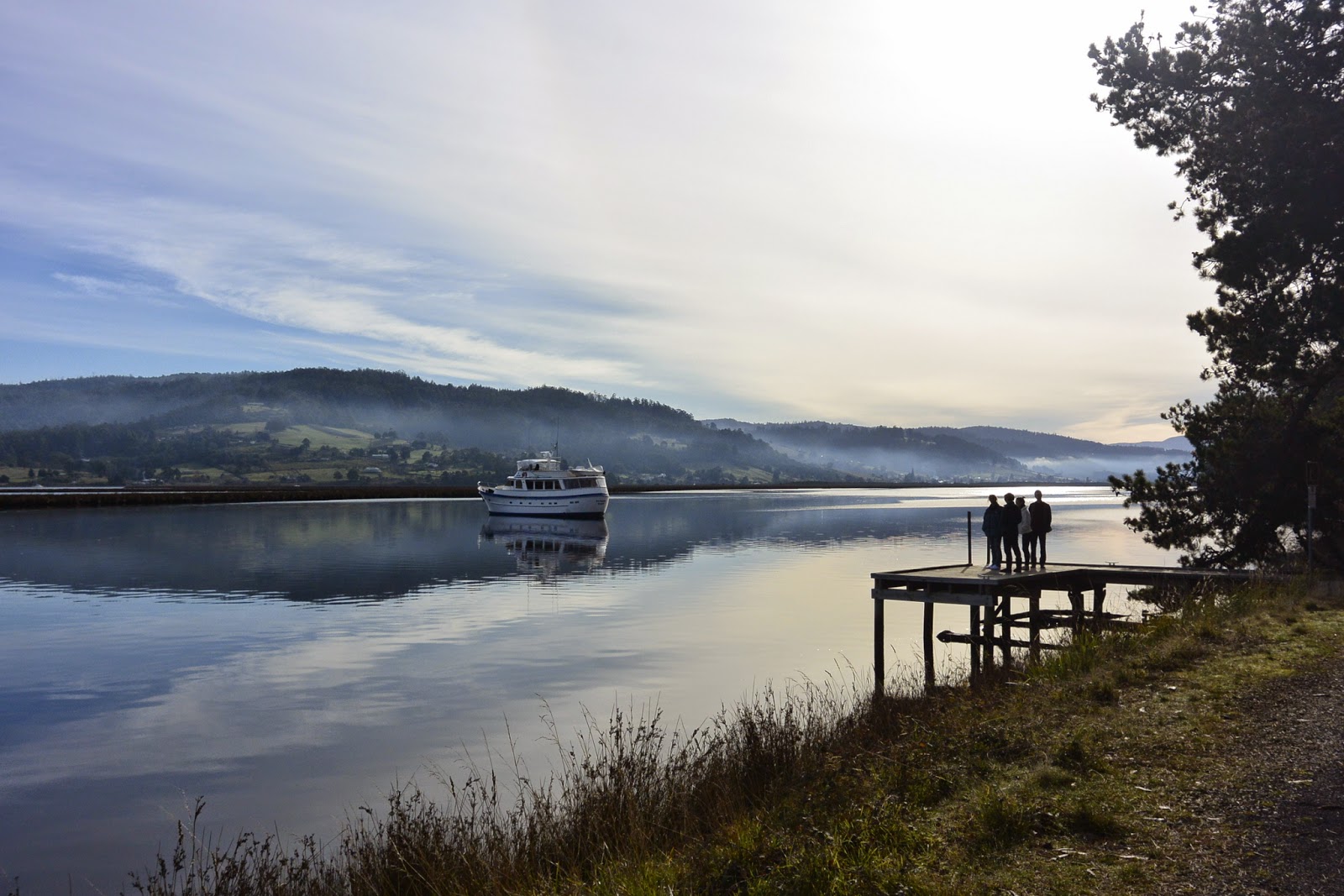 I think that proved that we’d be OK if we got stuck in the water, and that was the end of that.
I also showed Jayden the way we used to come down to the school bus in the morning … 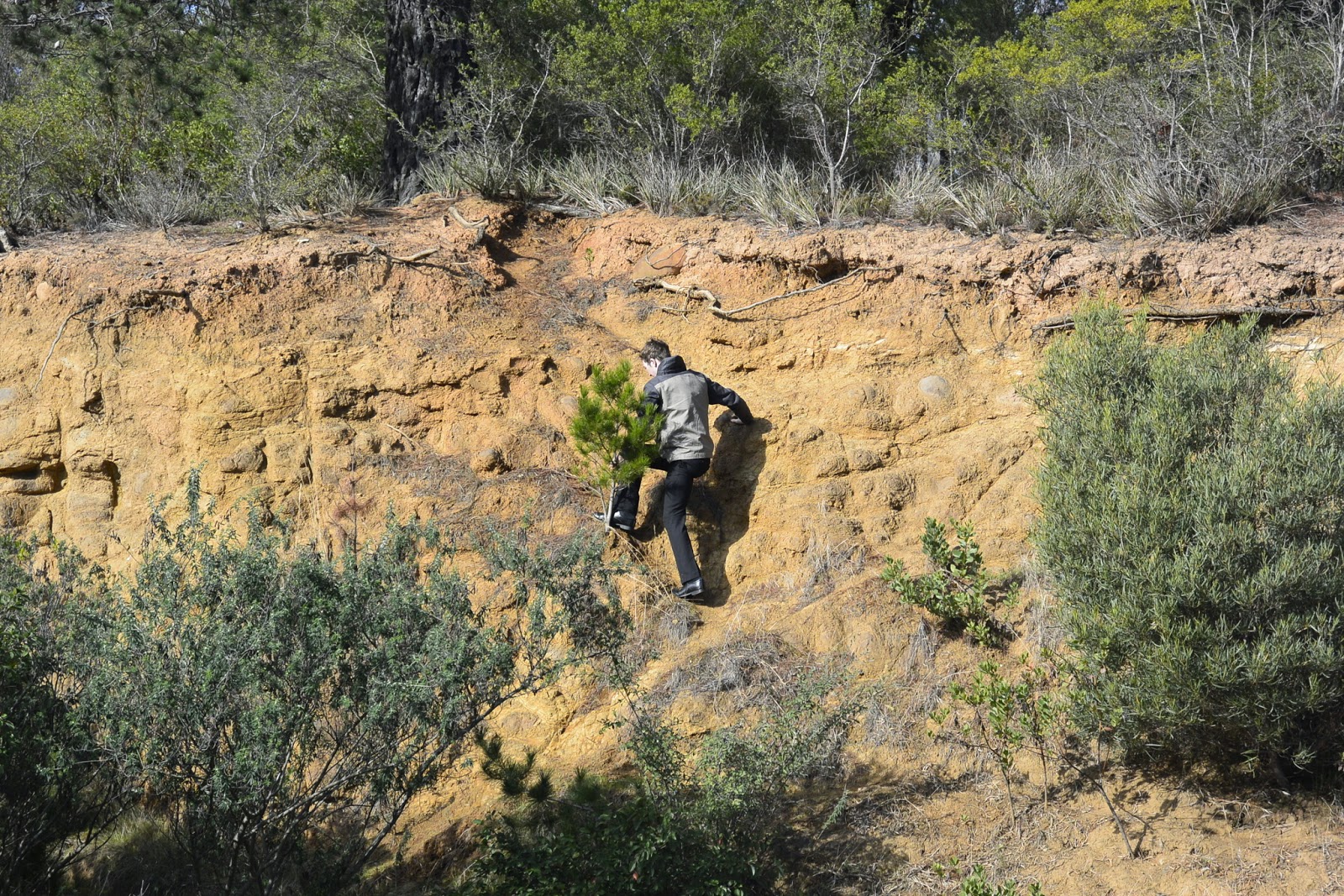 … and despite her reservations, even Kim was game enough to try a few of the regular ‘short cuts’ we’d take up and down the hills …
Hey … it’s hard climbing up and down cliffs in ugg boots (I’ve got the video footage to prove it).
It really was a great day with lots of laughs had by all .. 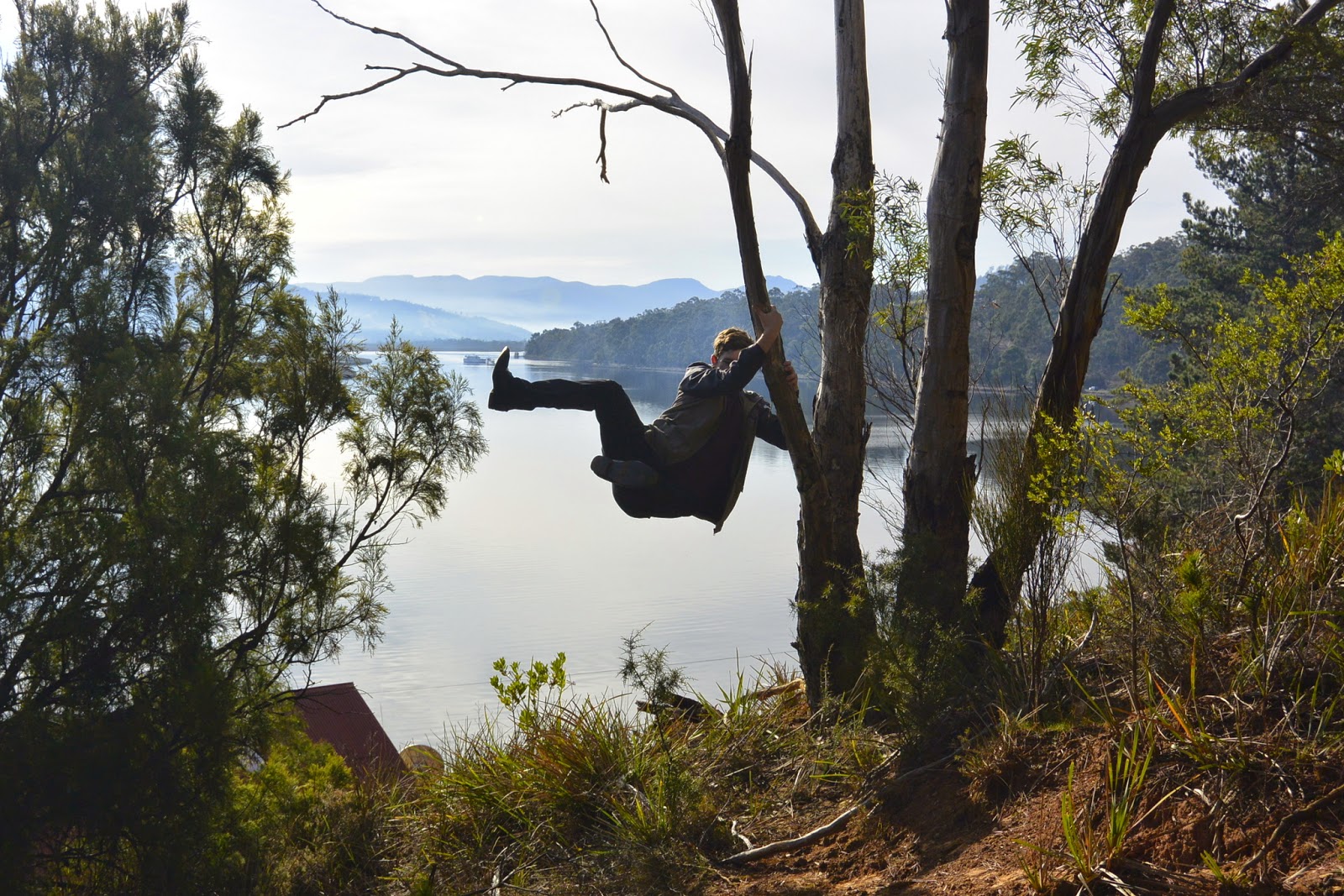 and it was great to remember the legacy we left in that small part of the world, like the boat ramp Dad built (by hand) so we could launch the boat into the river … 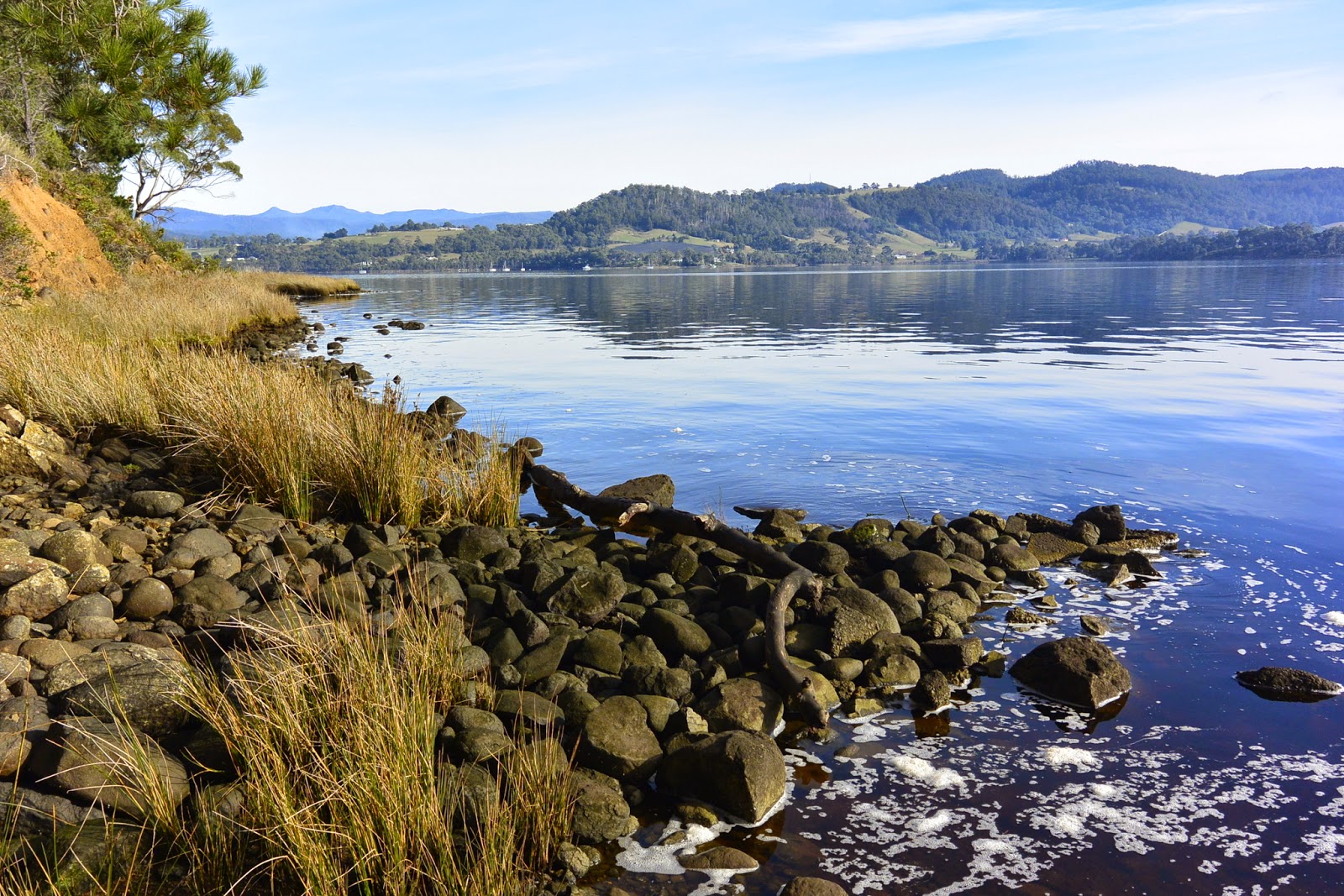 … it might not look like it, but there was weekend after weekend of work invested into that small rock jetty.
Jayden and I even wandered up into the bush and found what was left of one of my cubby houses built nearly three decades ago .. 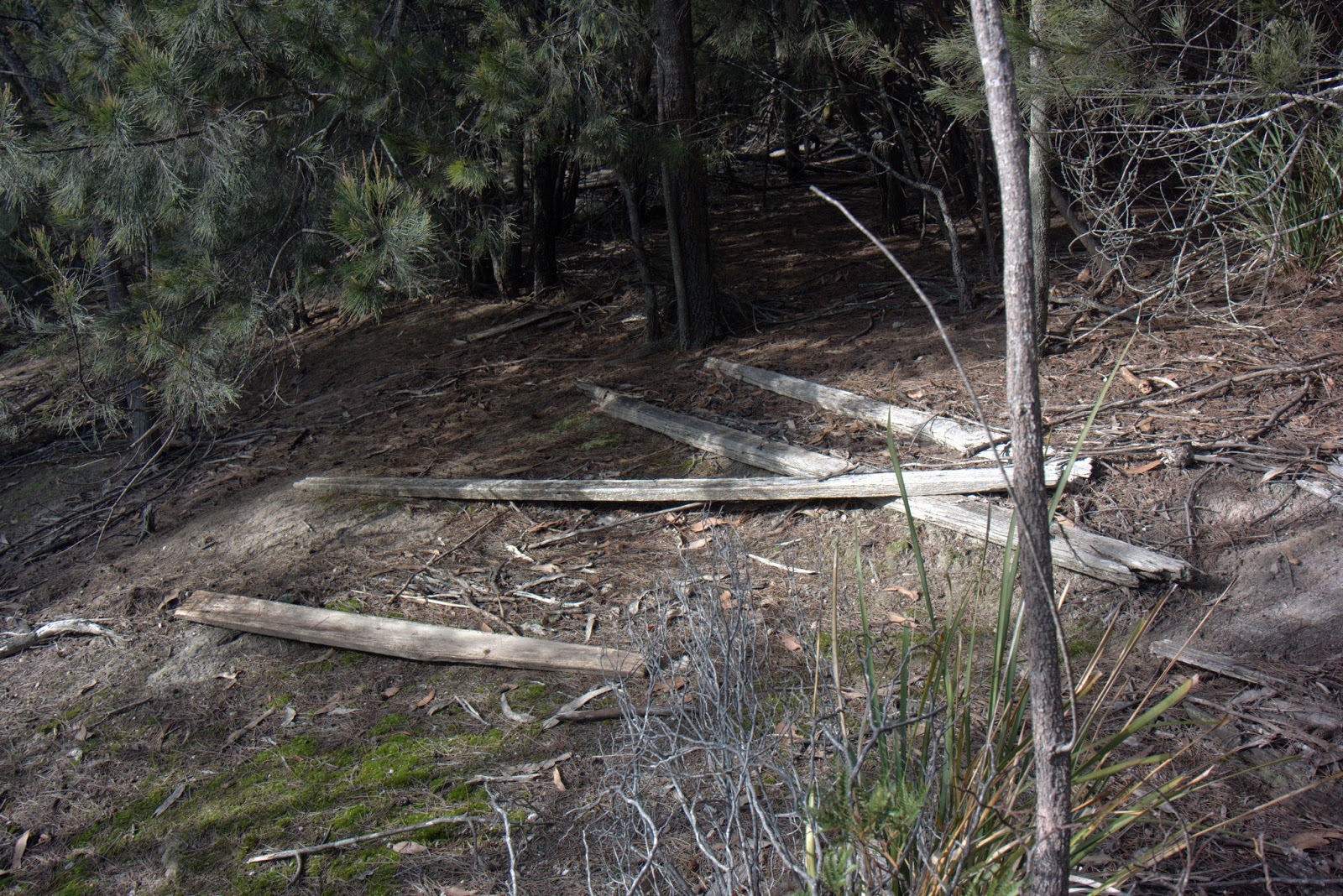 These four small planks may seem like nothing to anyone else, but to me they were a reminder of long days spent walking along the river trying to find washed up planks, followed by more days spent paddling my old canadian canoe up and down the river towing each piece of wood back to the boat ramp and then levering and dragging them up a cliff and into the bush to build my secret cubby house.
I will admit that particular cubby never did get finished, but I do recall years later Dad telling me how he’d stumbled across my efforts to build it and how proud he was of my efforts.
It was a wonderful, wonderful, special day … 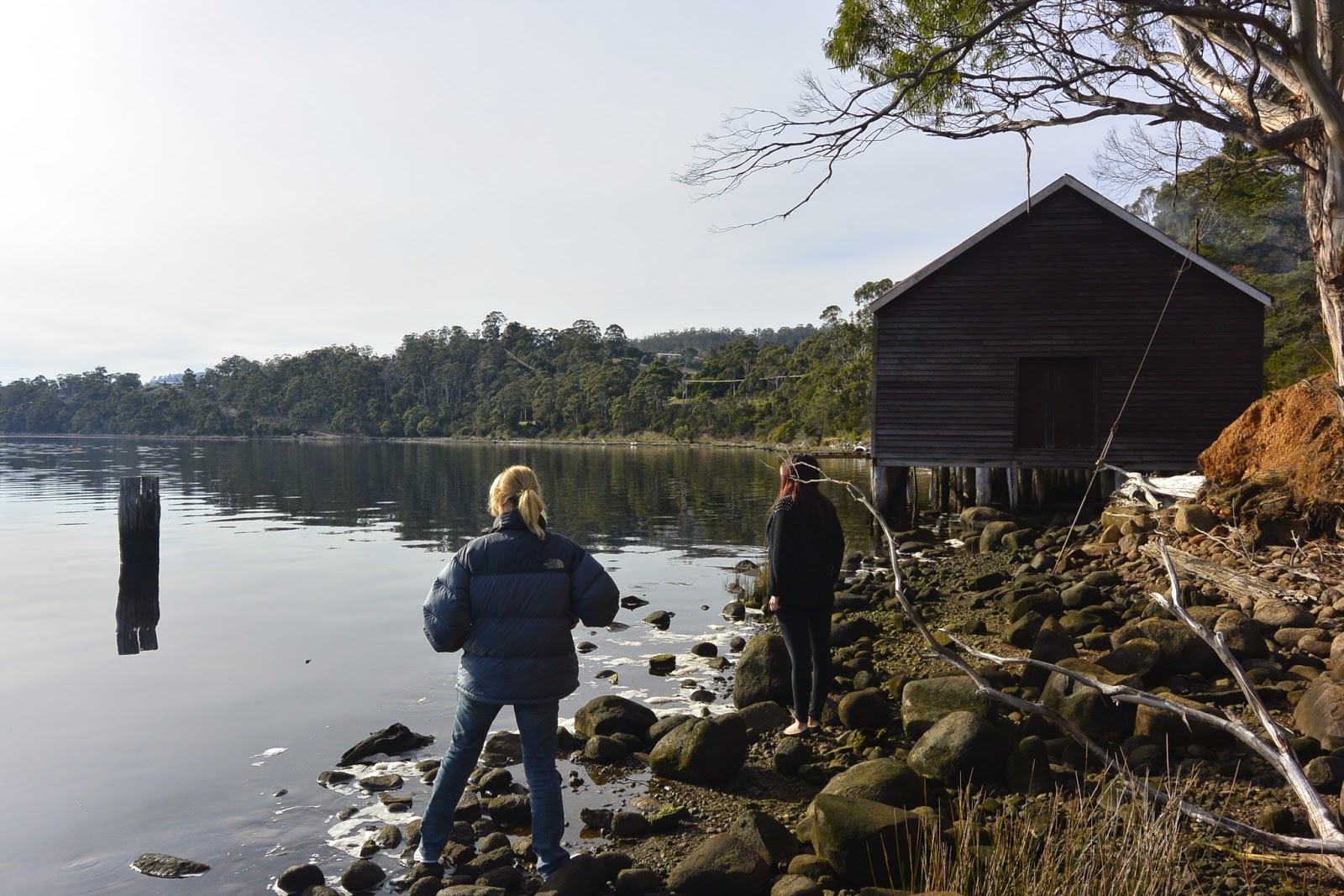 … and it was the only way for us to celebrate the life of my dear father who had passed away the night before. Dad was such a positive man, especially towards the end, and despite the challenges of his lewy body dementia, he never gave up trying to enjoy life.
Sam (his nephew) put together this short photo montage of dad in his later years.  It will mean little to anyone but my family, but I wanted to share it here anyway …
It says so much to me that nearly every photo of dad in this montage was when he was out roaming the trails and talking of the adventures he had planned “when he got better”.
Tonight, I can’t stop the tears because I just miss him so much, but tomorrow I’m going to head out to the West Coast, I’m going to find a hill, a river, or a beach and just try and find a way to say goodbye to the father I loved and have now lost.
Goodbye Dad.  goodbye …