Here’s the scenario … you set off at around 2pm on what was meant to be a short out-and-back ride along the Henty River down to Ocean Beach …  you expect the ride to be 3 or 4 kms each way, so you expect to be back at your car in under an hour.

Two hours and five minutes later you find yourself 10kms down a soft sandy track you never knew existed. 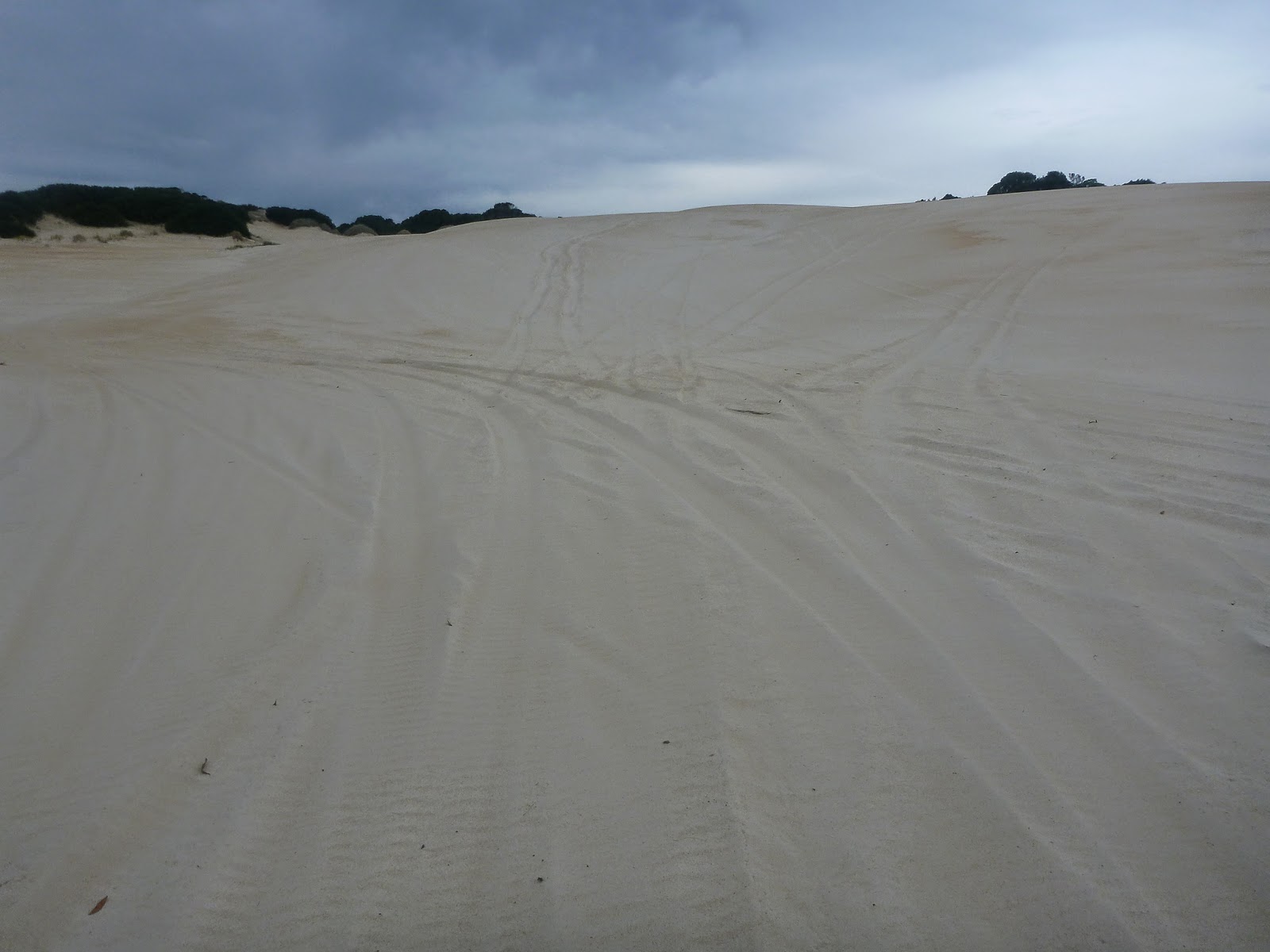 You know by your GPS that you’re just 800 metres in a straight line from the highway and 1.6kms from the Henty Dunes exit … but … dividing the clear sand areas are impenetrable bush thickets which you can’t get your bike through … and you’ve already walked into several dead ends …. 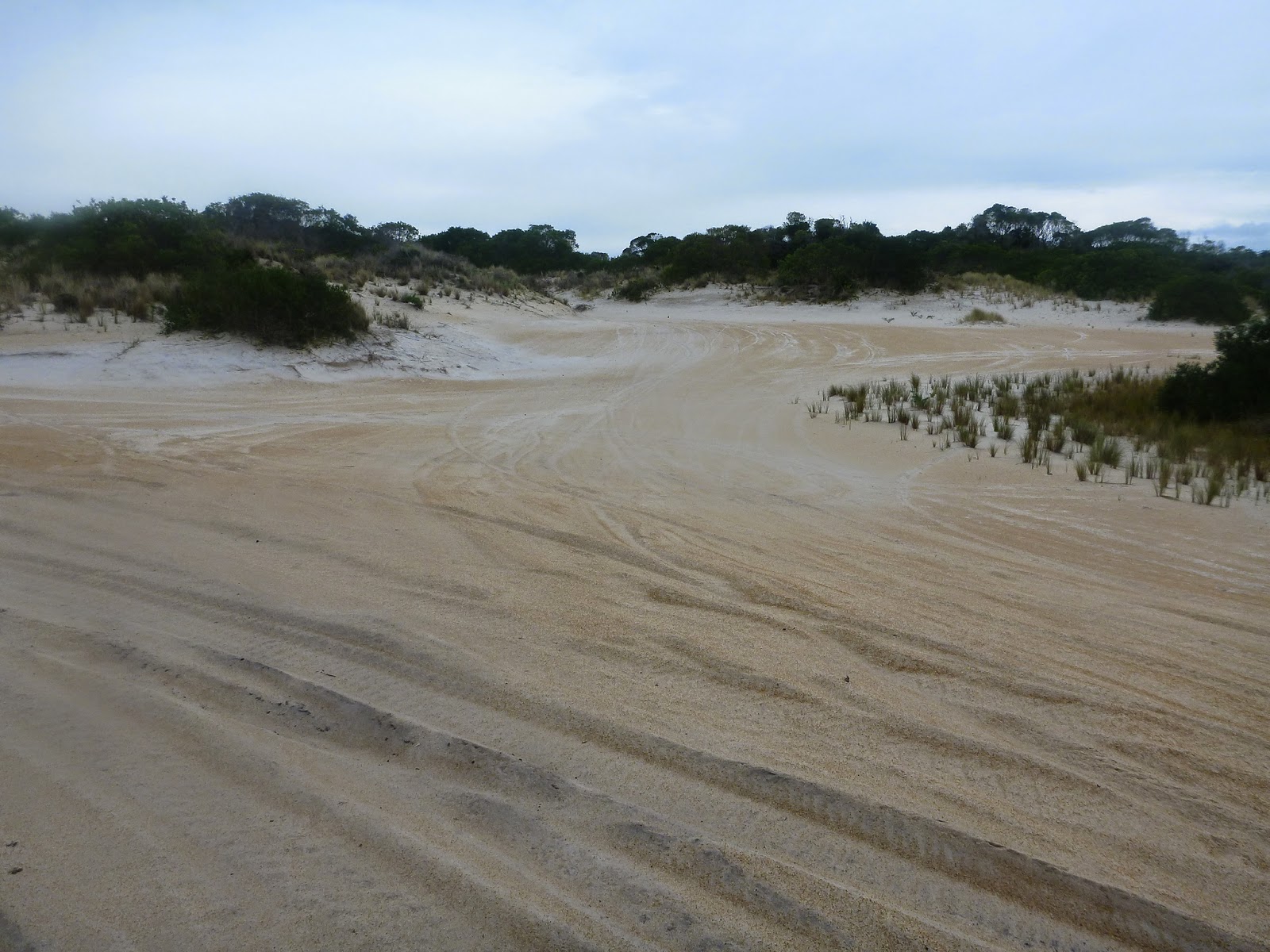 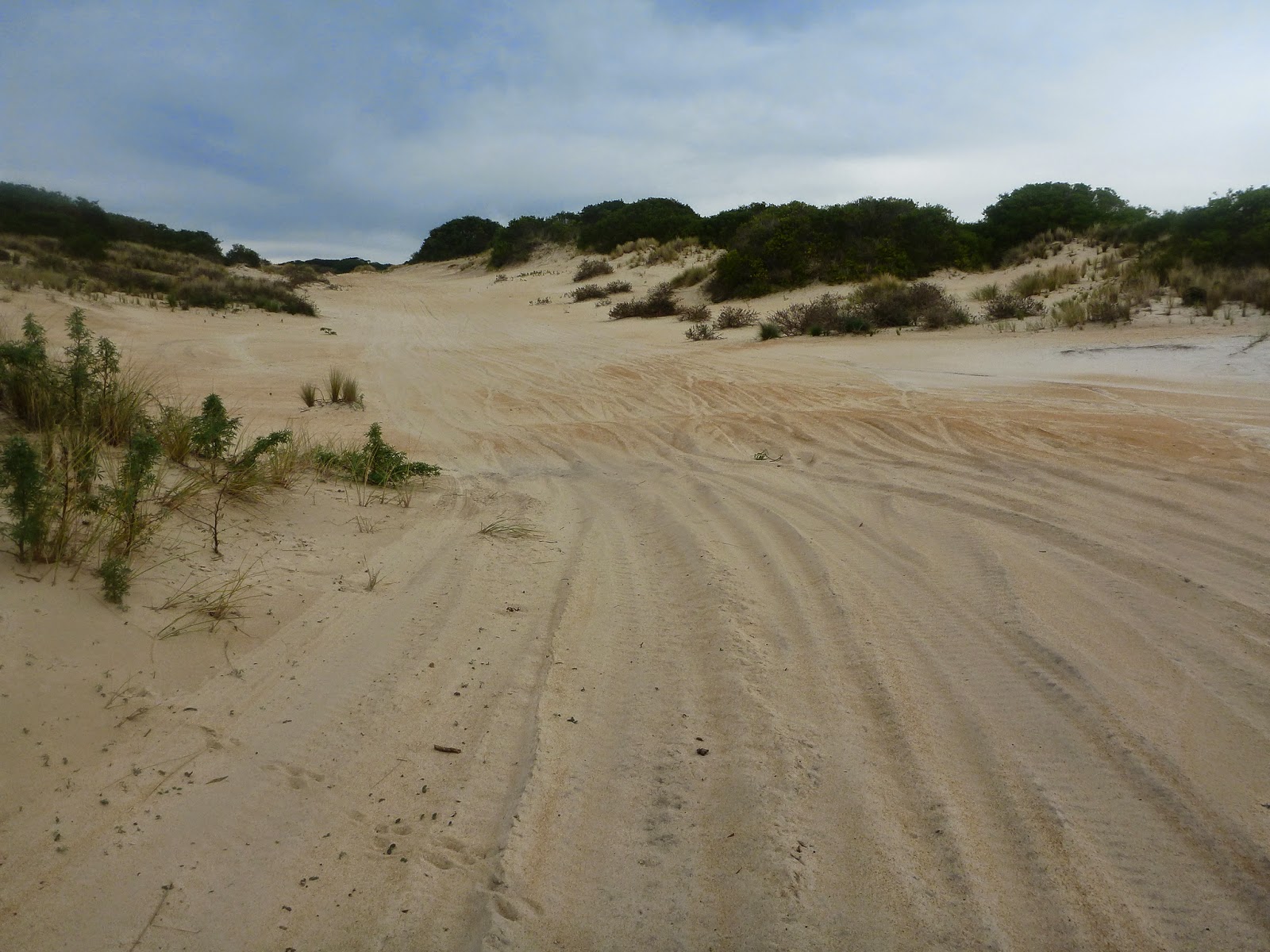 You can’t see any obvious way forward, but it could be that if you just carry on for another 500 metres a way out might reveal itself … or you might find yourself following car tracks into yet another dead end and having further to backtrack …

What do you do?

Do you push on for that extra 500 metres and see if you can find a path around the thick scrub and onto the highway via Henty Dunes … or forlorn and dehydrated (you didn’t bring any water because you were only going out for an hour) do you turn tail and start the long walk back the way you came?

But I didn’t … my feet and calves were aching, my shoes were filled with sand, I was thirsty and I’d had enough, so I turned tail and headed out the way I came.

Turns out it was the wrong decision …

Which I would have known if I’d had my iphone with me (I’d left it in the car because it had died earlier in the day)  and had a quick look at the satellite imagery I’d downloaded onto GAIA GPS for just this eventuality.

If I did that, then I would have seen something like this … 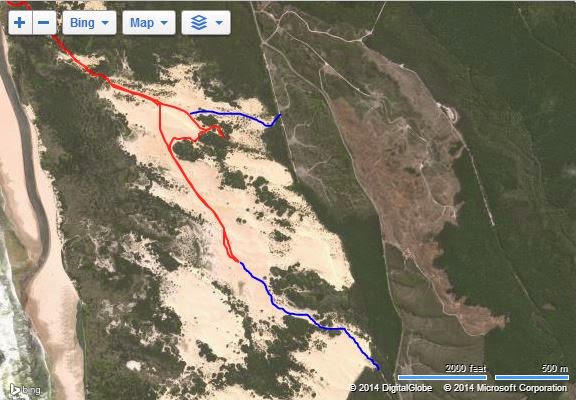 … the red line is my actual path … i came in from top screen left and you can see where I got tangled up and dead ended near the top of the screen … if I’d just gone left I may have made it out onto a coupe track (top blue line) and you can also see where I did finally turn around … if I’d just gone that 500 metres more I would have found a way through and probably got back to my car an hour quicker.

But that’s the game of exploration, some you win, most you lose.

I do however know several new things:

1. I could have found my first fatbike route (who’s got a fatbike to go check it out for me?)

2. It is a beautiful little ride out to Ocean Beach via Henty River … 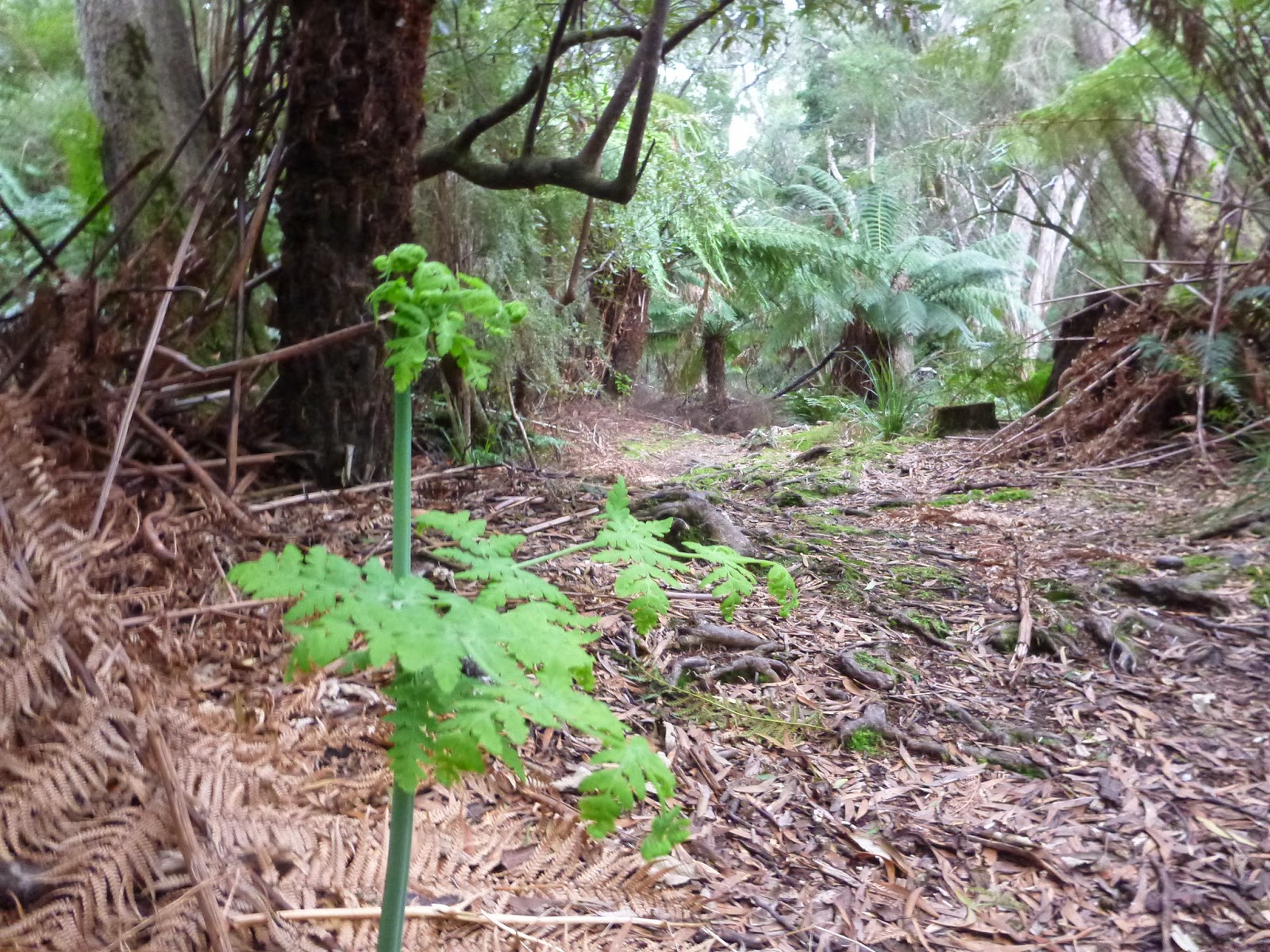 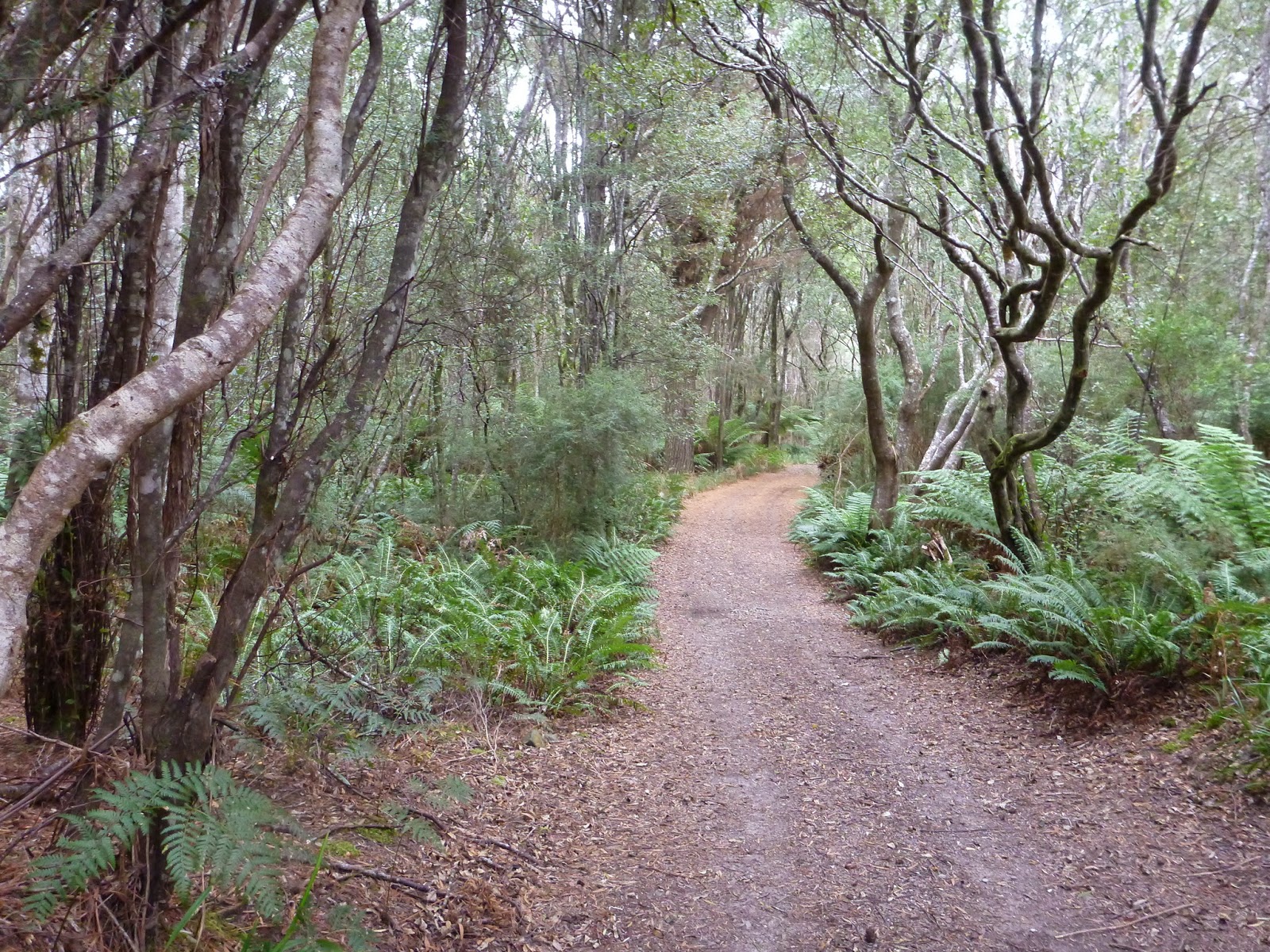 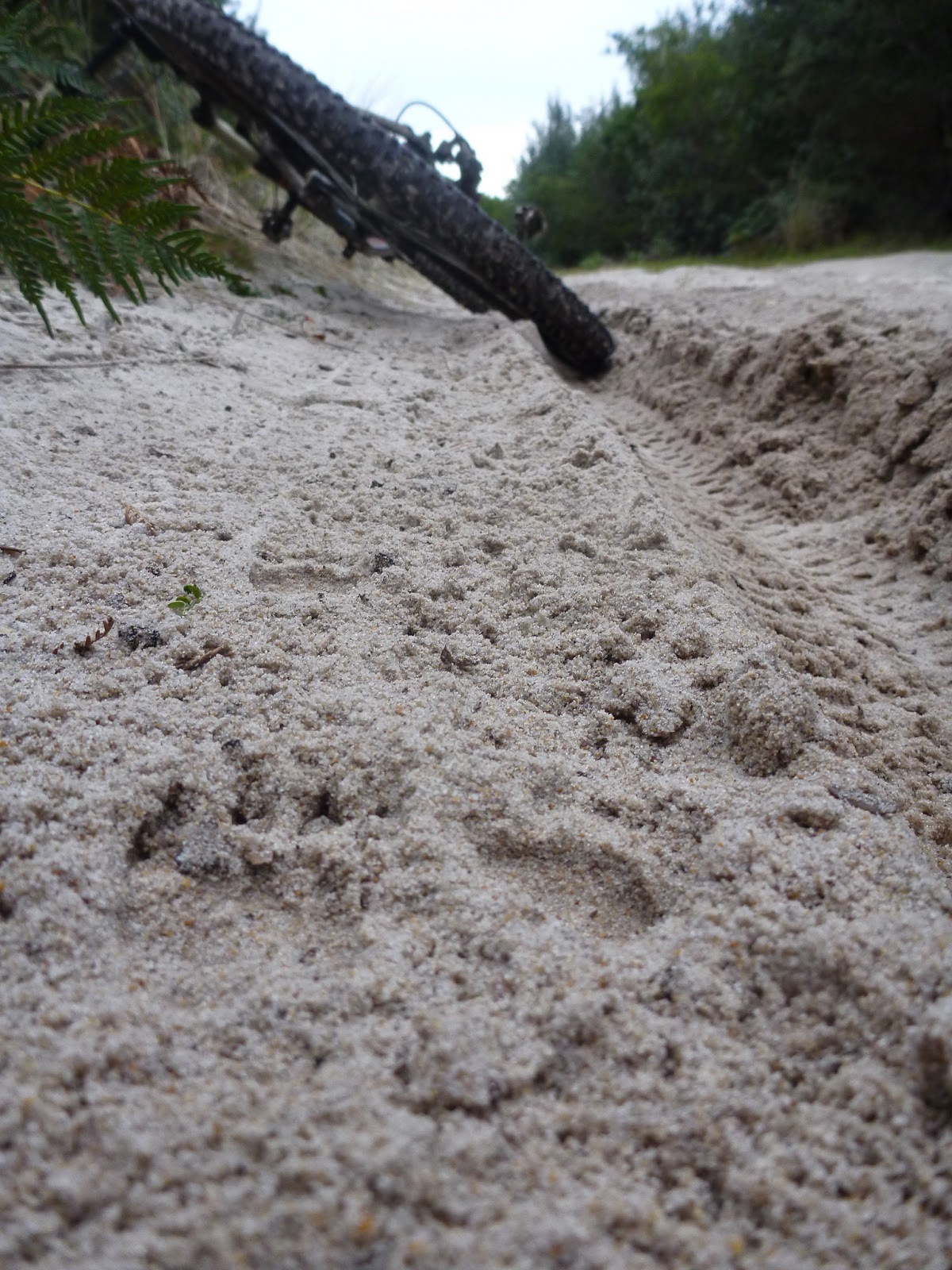 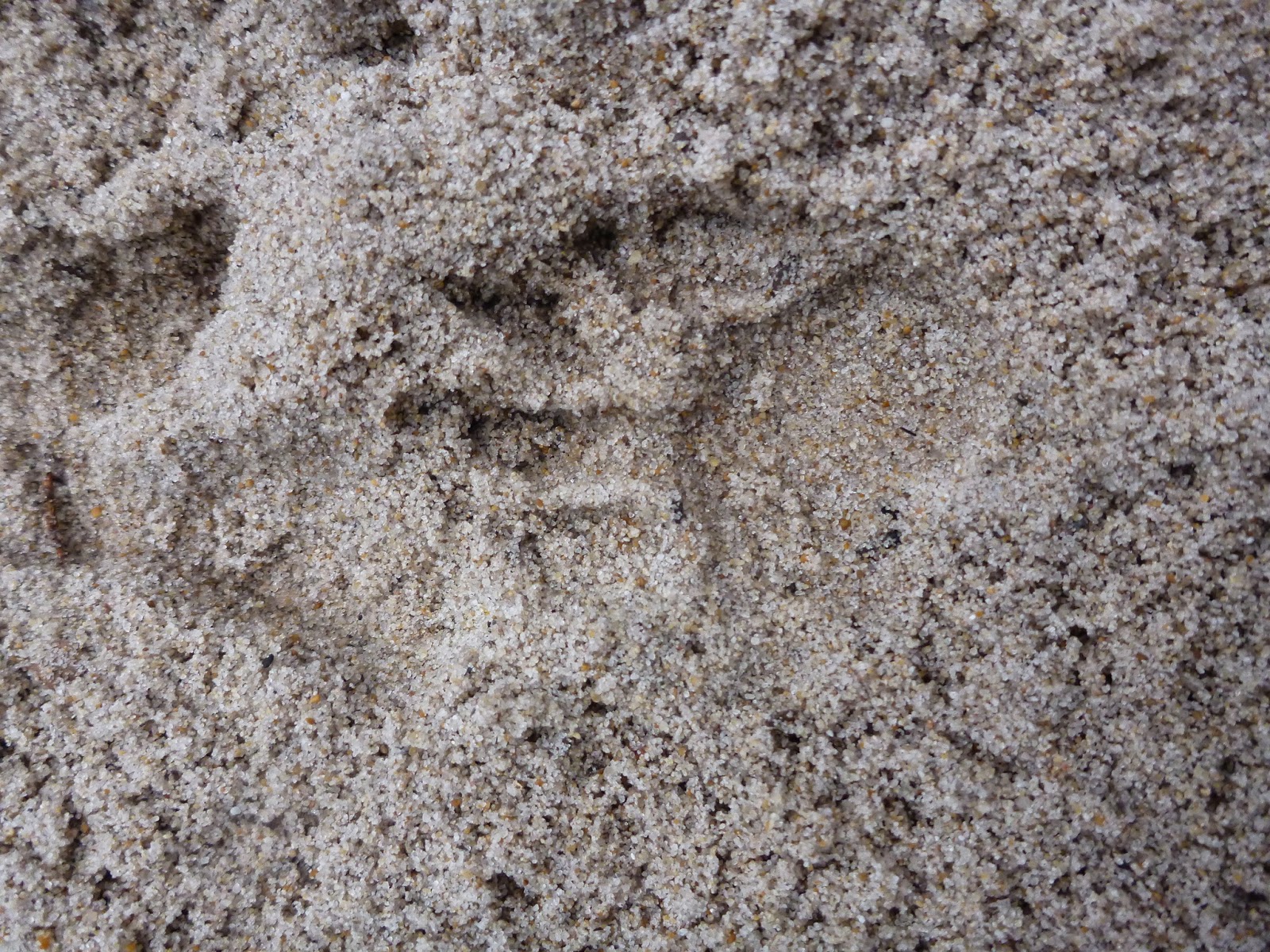 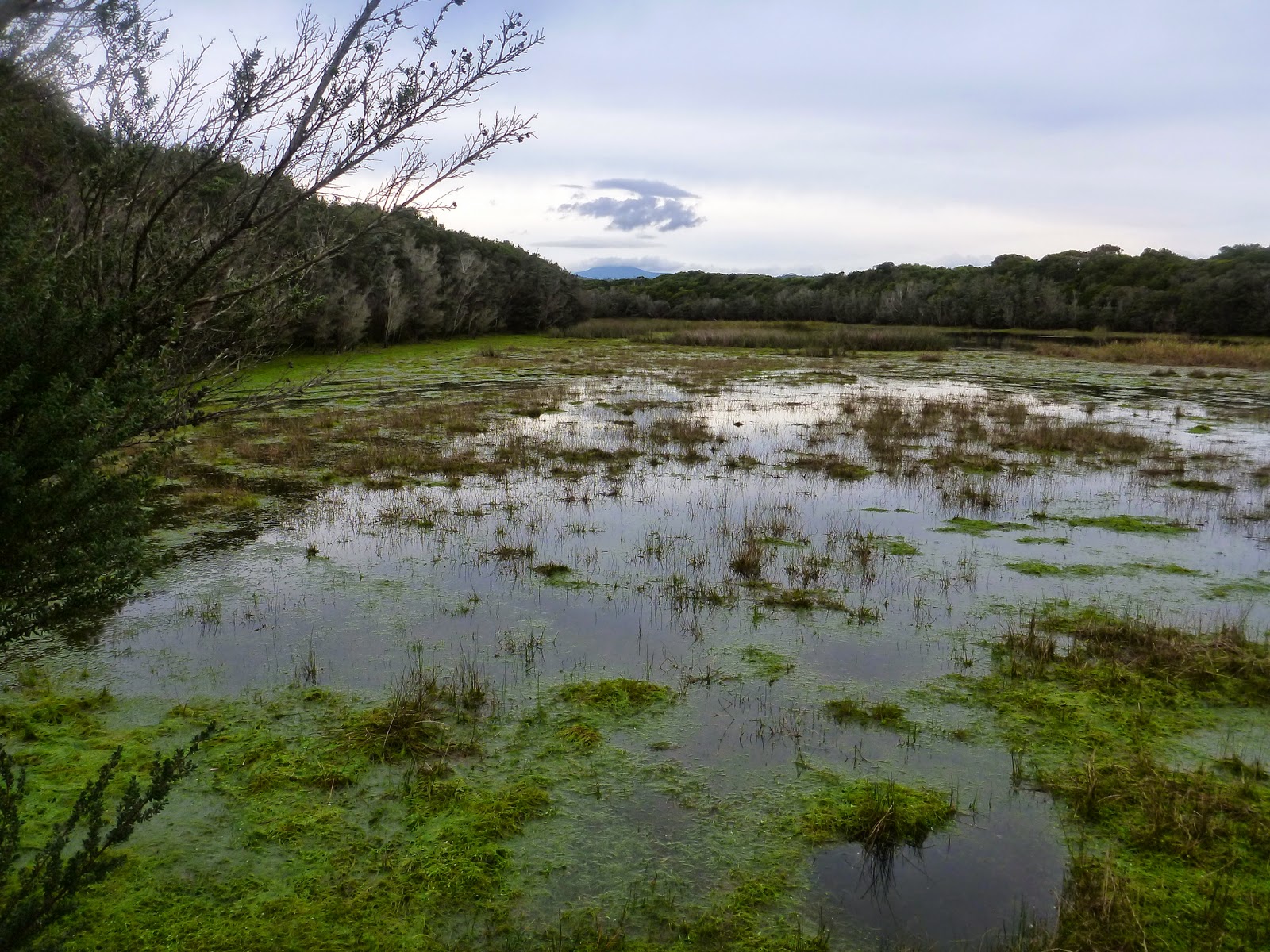 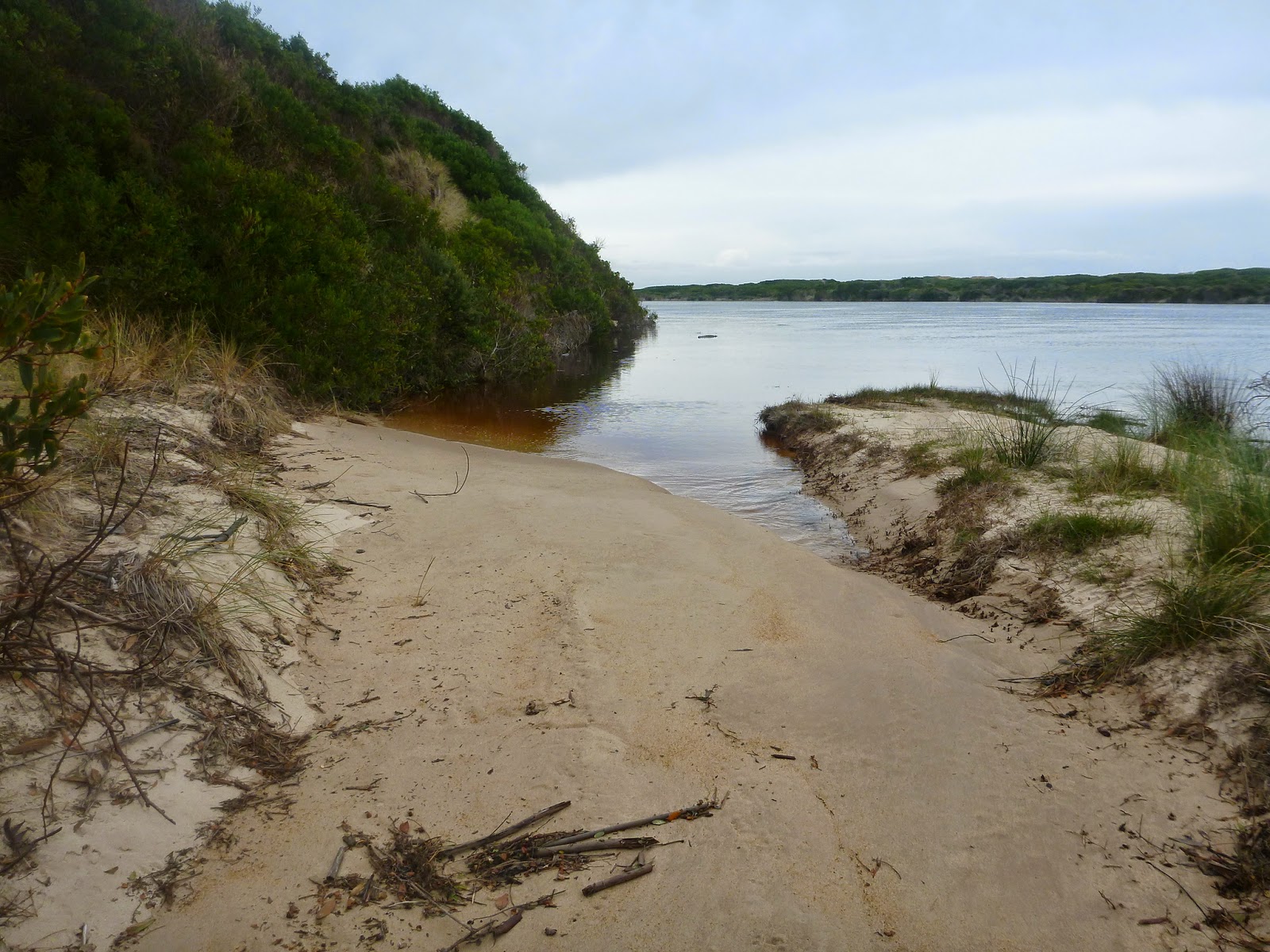 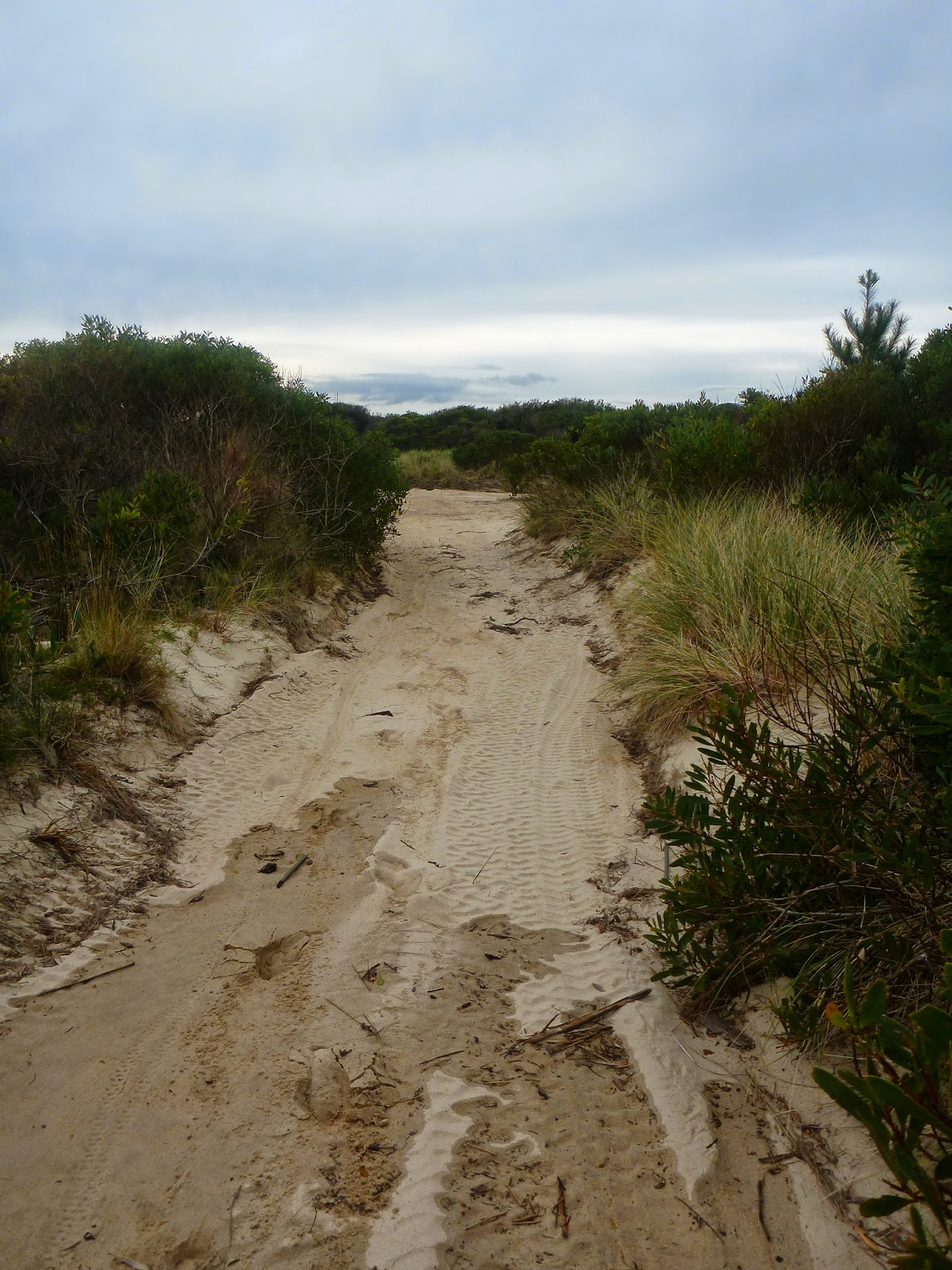 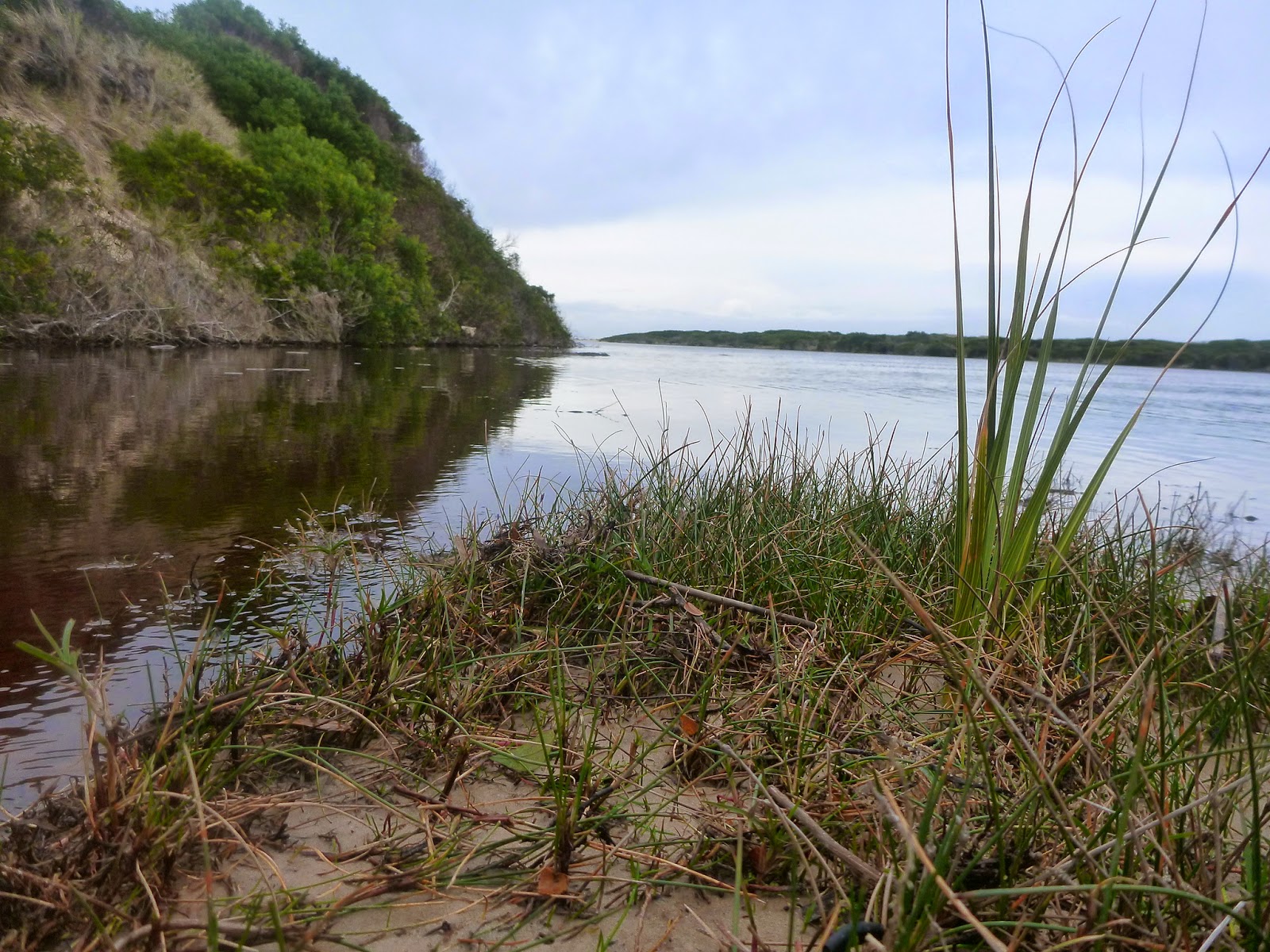 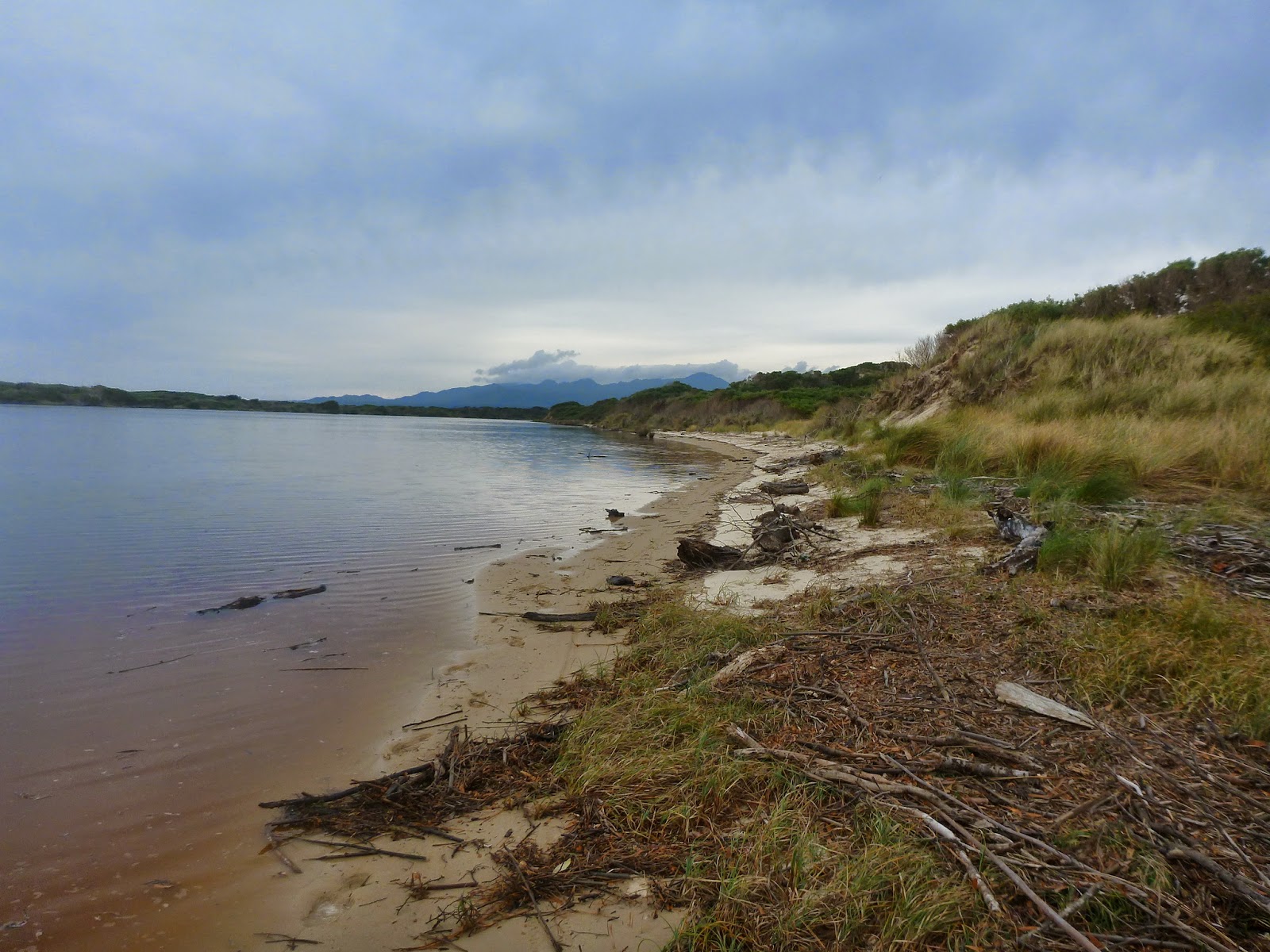 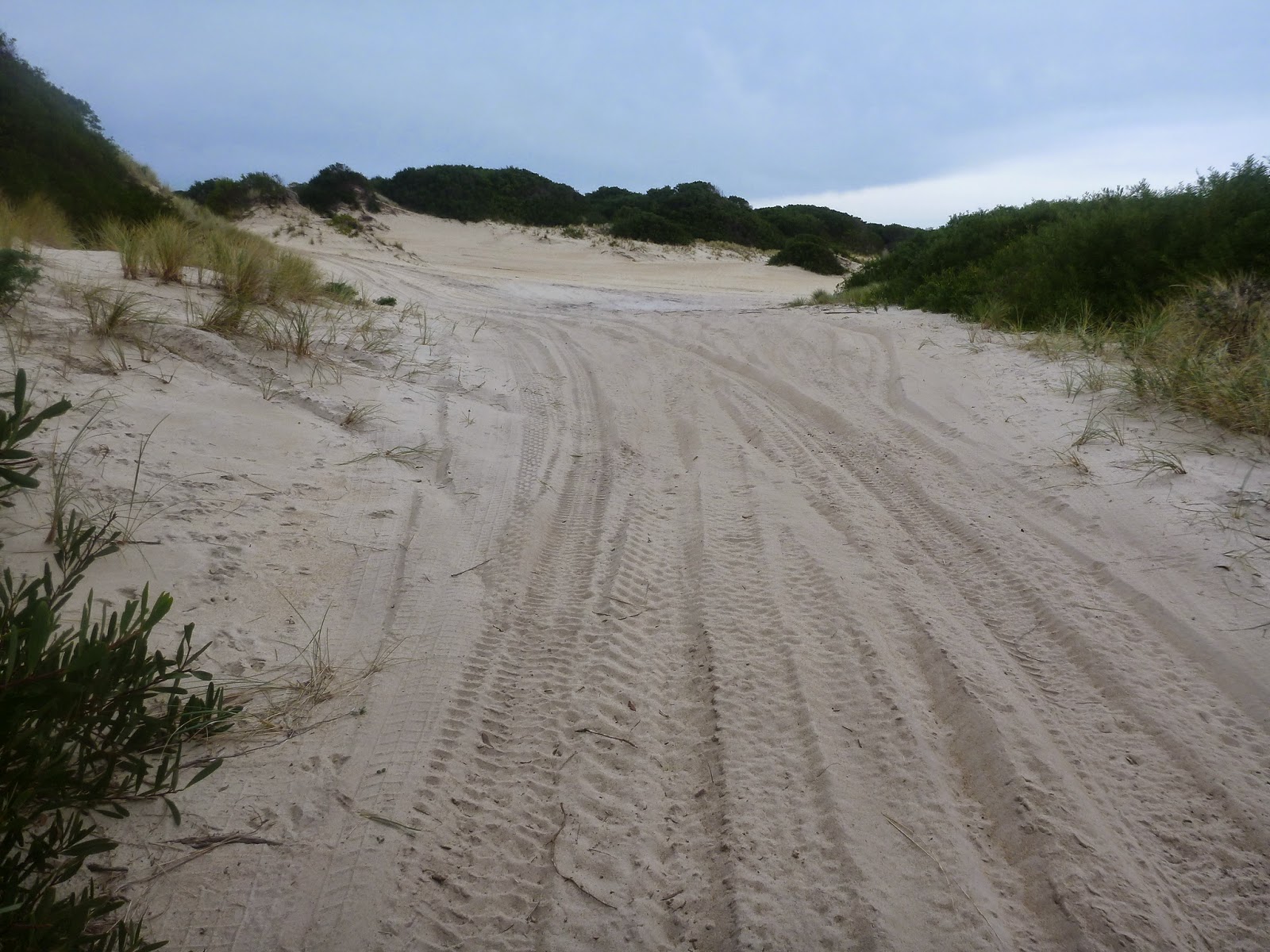 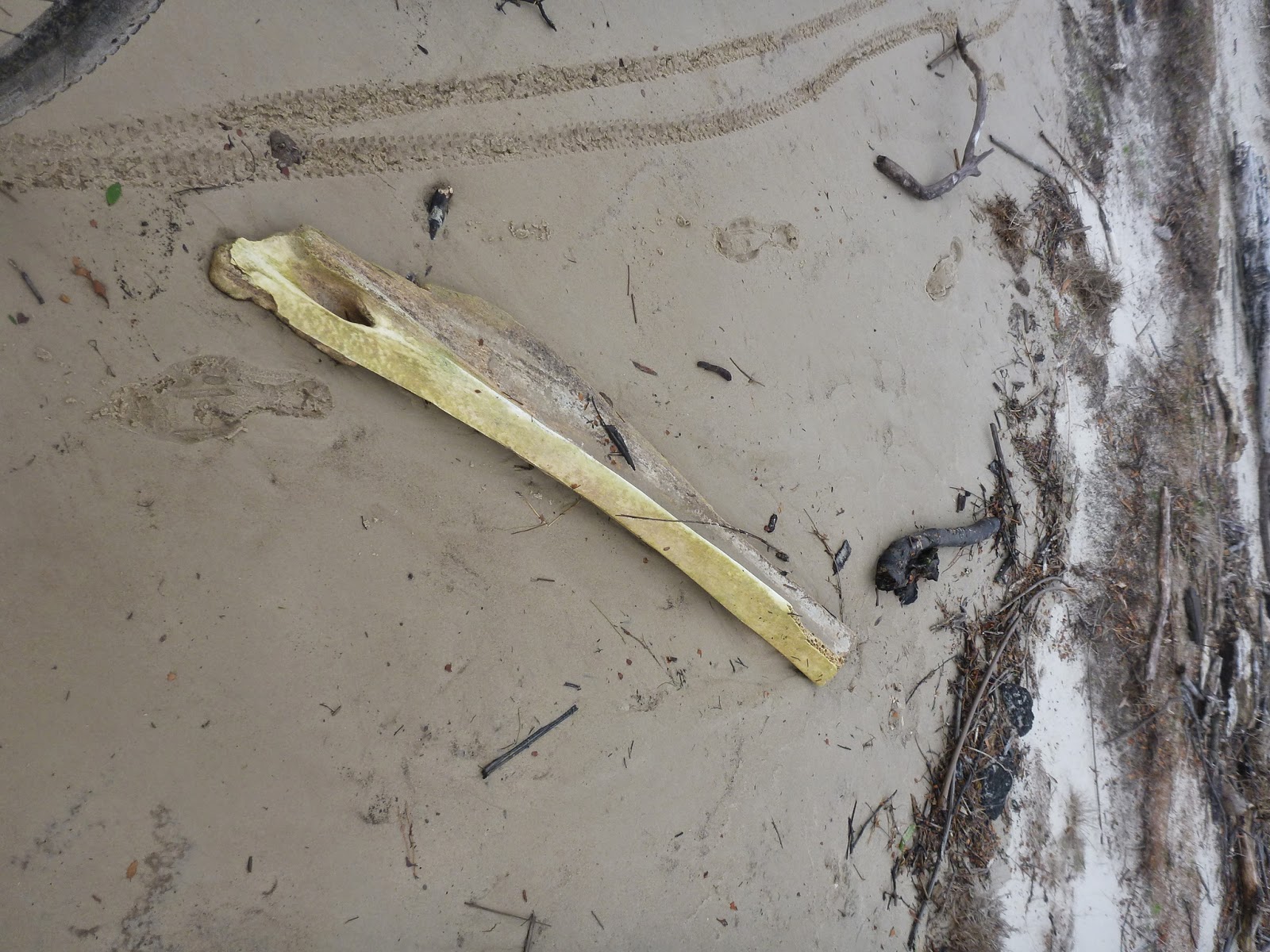 3. The Henty River has again diverted to empty straight out over the beach so it is possible (with wet legs) to get out onto the beach and from there you can cycle all the way to Hells Gates (Kim and I have already cycled in the other way).

4. Sand dunes and cycling suck … except maybe if you have a fatbike.

As a postscript, Bruce Kay sent me a link to an excellent beta website  http://www.doarama.com/.

This site lets you upload a GPX route and then follow the route in 3D.  It’s very cool if you want to see where someone else has been … I uploaded this route to http://www.doarama.com/view/6140 (but you need to create an account before you can view it).

It’s very cool, but I think it only works in Google Chrome.