Here’s an interesting question (which is my way of saying that it’s really not) … why would someone like me, who has probably ridden more trails in Tasmania than all but a handful of riders, go on a commercial mountain biking tour down Mt Wellington which I’ve probably ridden, in various sections, at least a dozen times and which I could ride to from my house in a couple of hours? 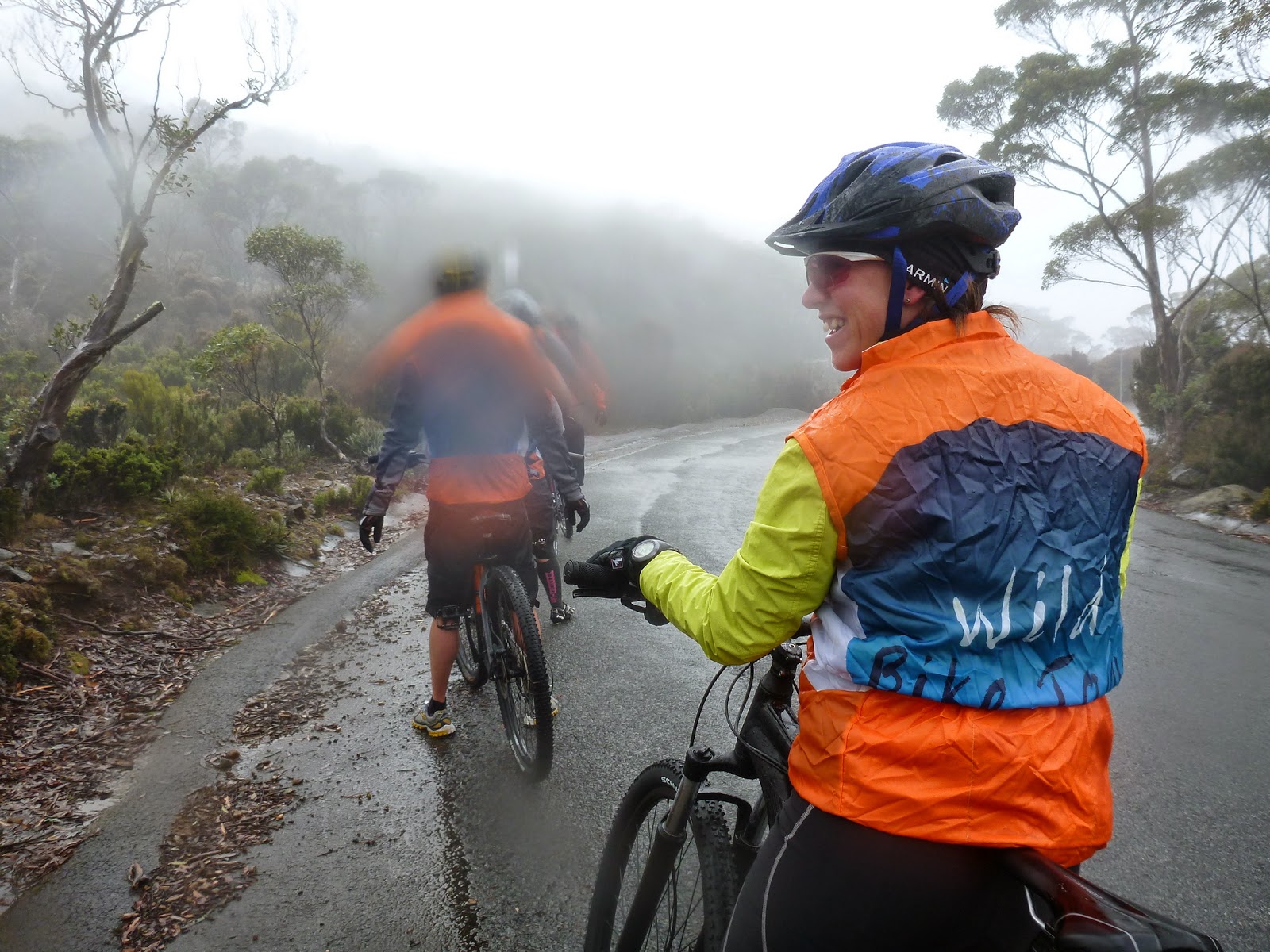 It’s not meant to be a trick question, I only ask it because I was asking myself this very question when I signed up for this ride.

What’s even more interesting (yes, if you’re already two steps ahead of me you’ll know it isn’t any more interesting at all) what I really want to know is why I still decided to turn up knowing that the mountain was covered in cloud and that the weather forecast at 7.30am said it was subzero temperatures on top … and more importantly that it felt like minus 8.2 degrees … 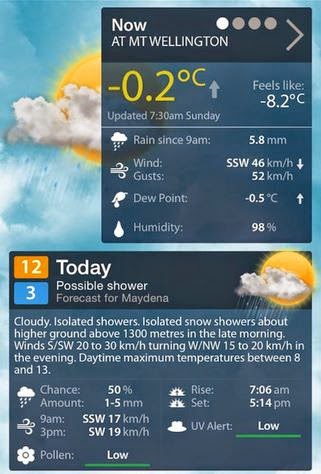 … and, yes, the conditions up on top of the mountain when we got there pretty much matched the forecast …

To be honest, I actually know the answer to my own questions, which is that I’ve been meaning to go on one of Wild Bike Tours rides for a while now (albeit I had been thinking of one of their tours on Private Property where I couldn’t get too) and when I saw this post on their Facebook stream … 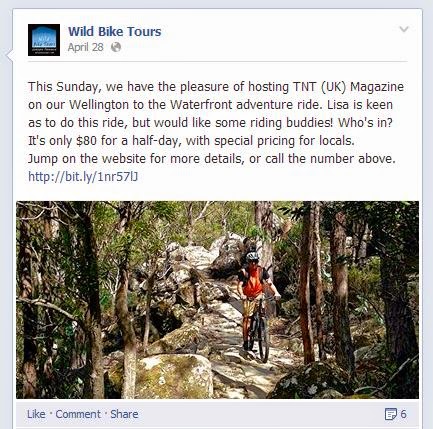 I mean how could I resist a promise of getting to be ‘buddies‘ with a real life adventure rider/writer.   That’s worth the price of admission I thought, so I joined up for the locals rate and wandered my way down to the waterfront this morning to see what it was like to go on a commercial tour.

It was, in case you’re wondering … both pretty cool … and very darn cold (at least at the start).

The first section down from the summit to the Springs was Mt Wellington at its best: freezing temperatures, a sideways buffeting wind, ice shards on the road, a heavy mist obscuring any views and a wonderful view of orange riders stretching out in front of me as I mentally fought between wanting to keep my mega warm seal skin gloves on my toasty warm fingers and wanting to rip them off so I could take a photo (one-handed as I rode down an icy, windy, slippery road in the fog) … 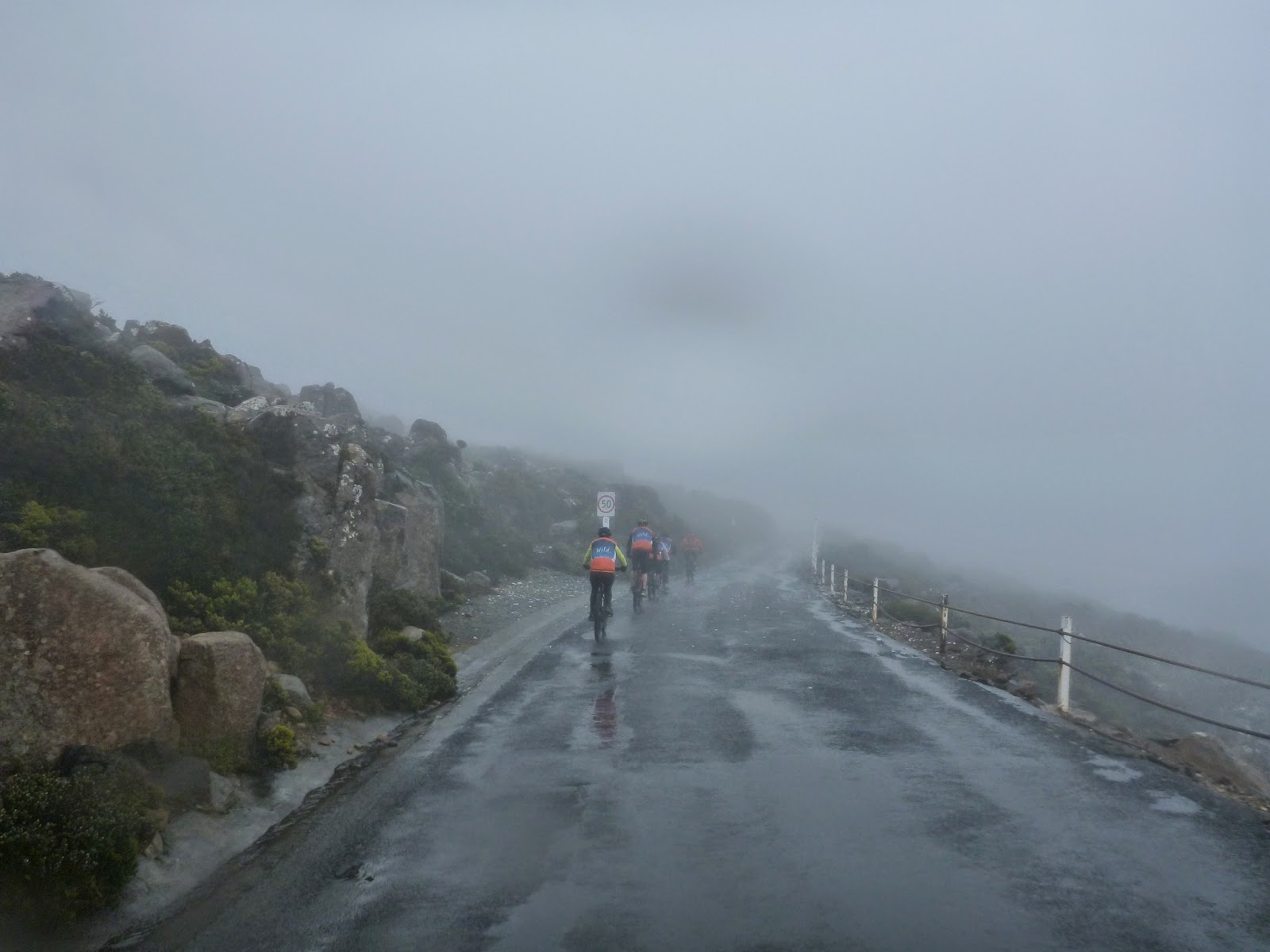 … But don’t worry, I’m pretty sure that “one-handed photography in high sidewinds” was listed as an ‘allowable activity’ in the waiver that I signed as we drove up.  I’m not 100% sure though as I wasn’t actually asked to read it, just sign it, which I was happy to do.

At the Springs we stopped to regroup and allow everyone to defrost cold hands, well except for one brilliant and charming individual whose hands were still super dry and warm in his brilliant lobster claw gloves, if only I could remember my … I mean his … name.

Then it was onto the North South track to Junction Cabin, where unfortunately I wasn’t able to capture the brilliant riding as my camera lens became somewhat water logged leading to my photos becoming more and more blurry and out of focus … 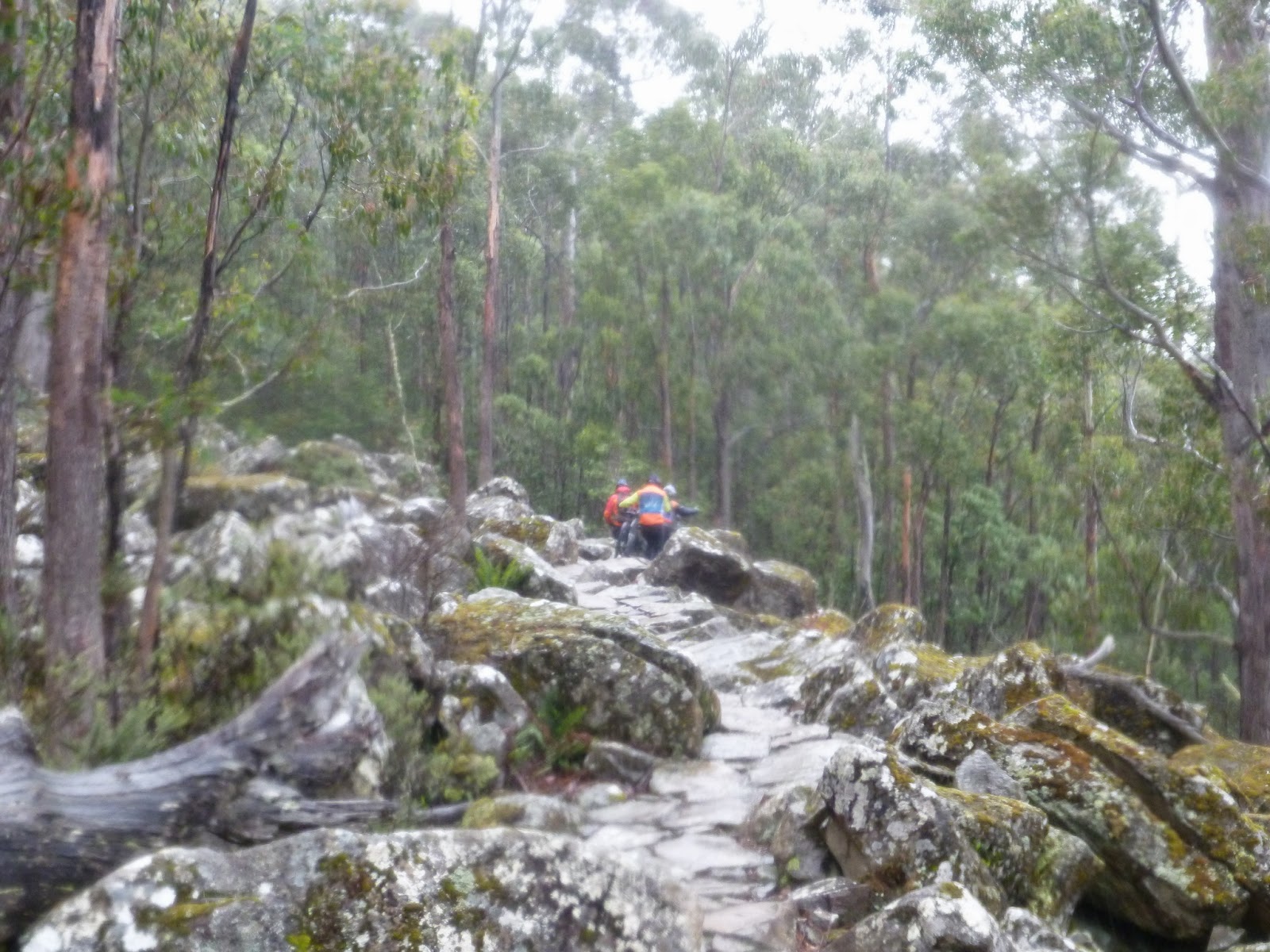 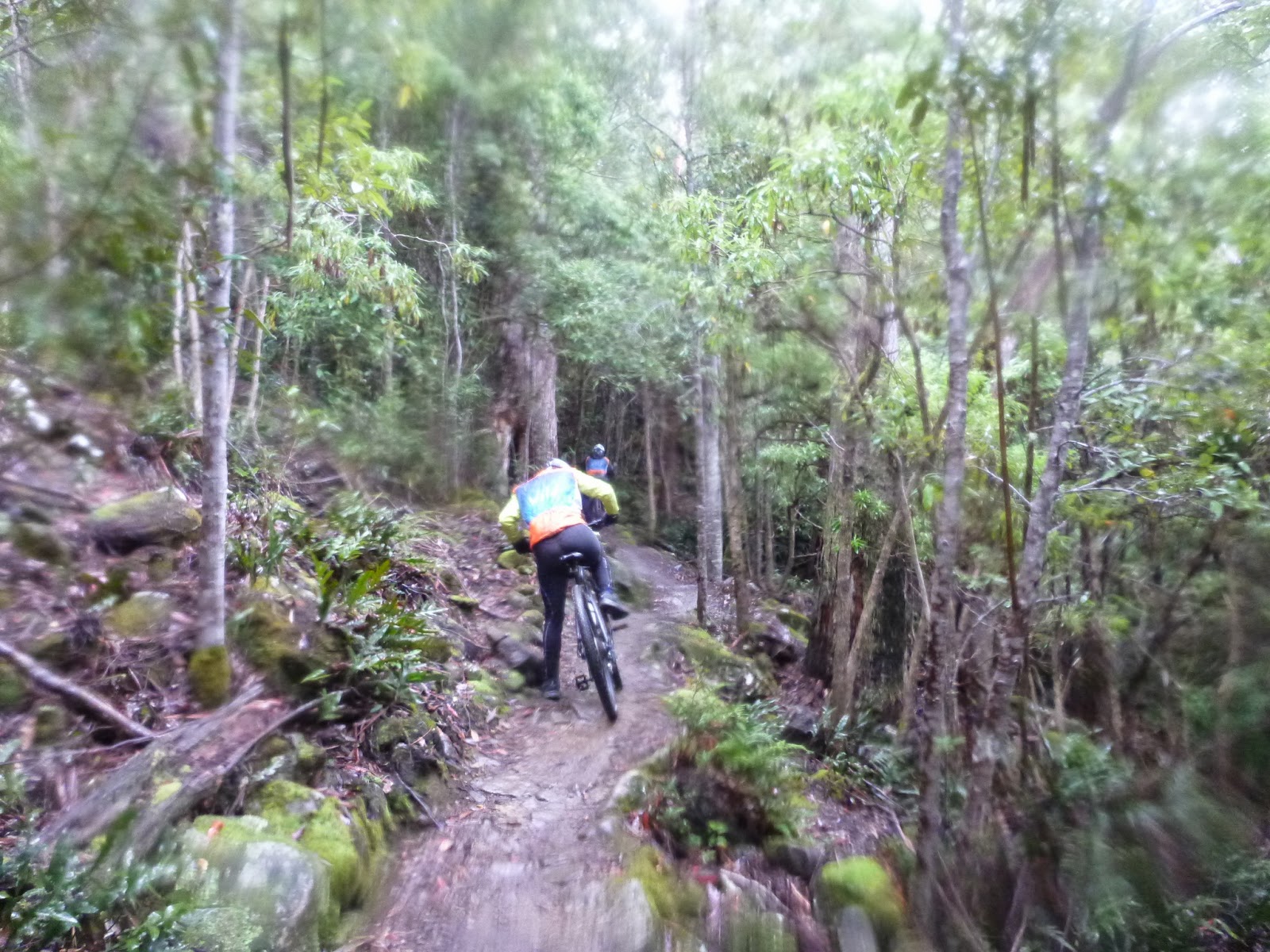 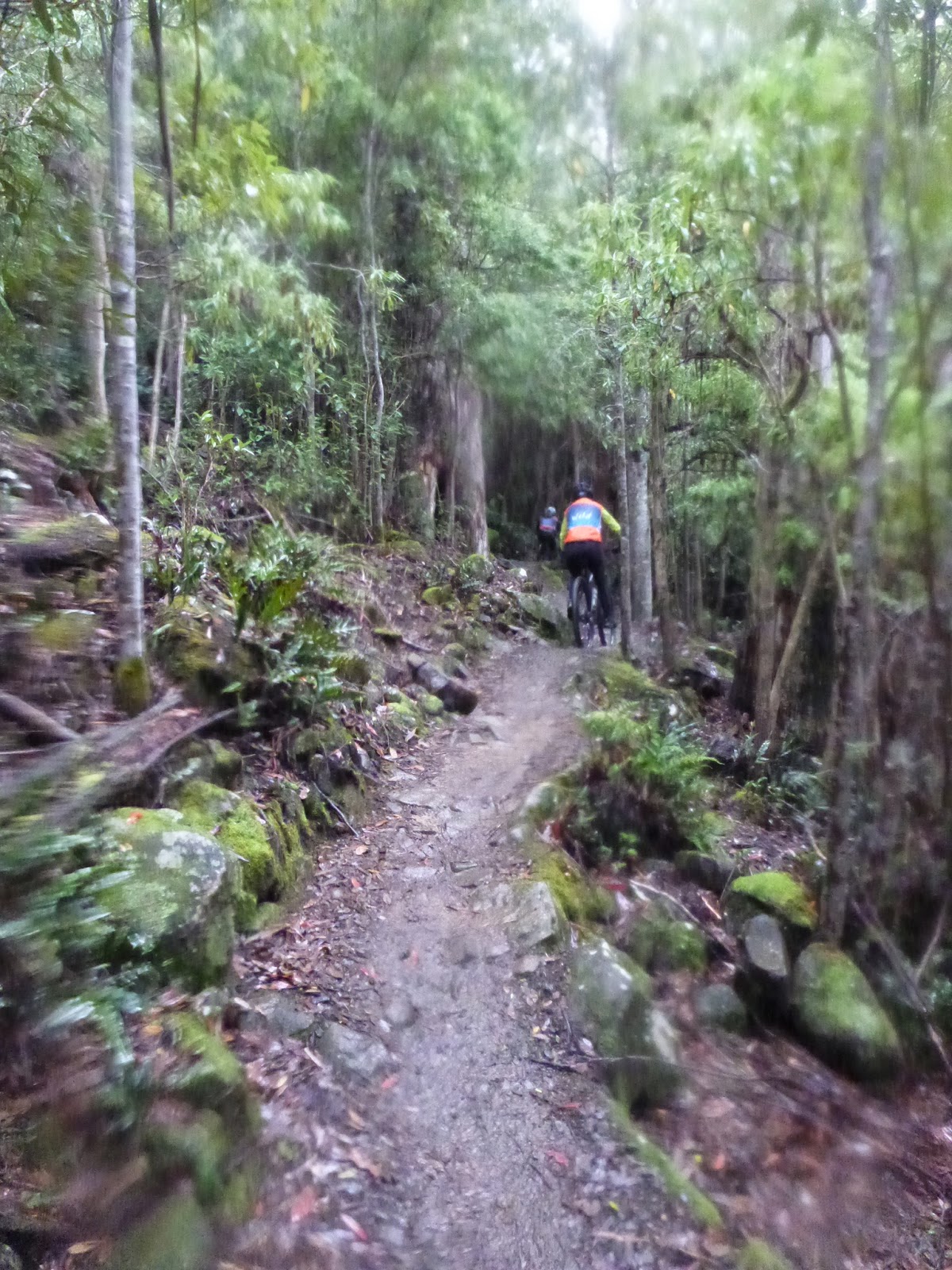 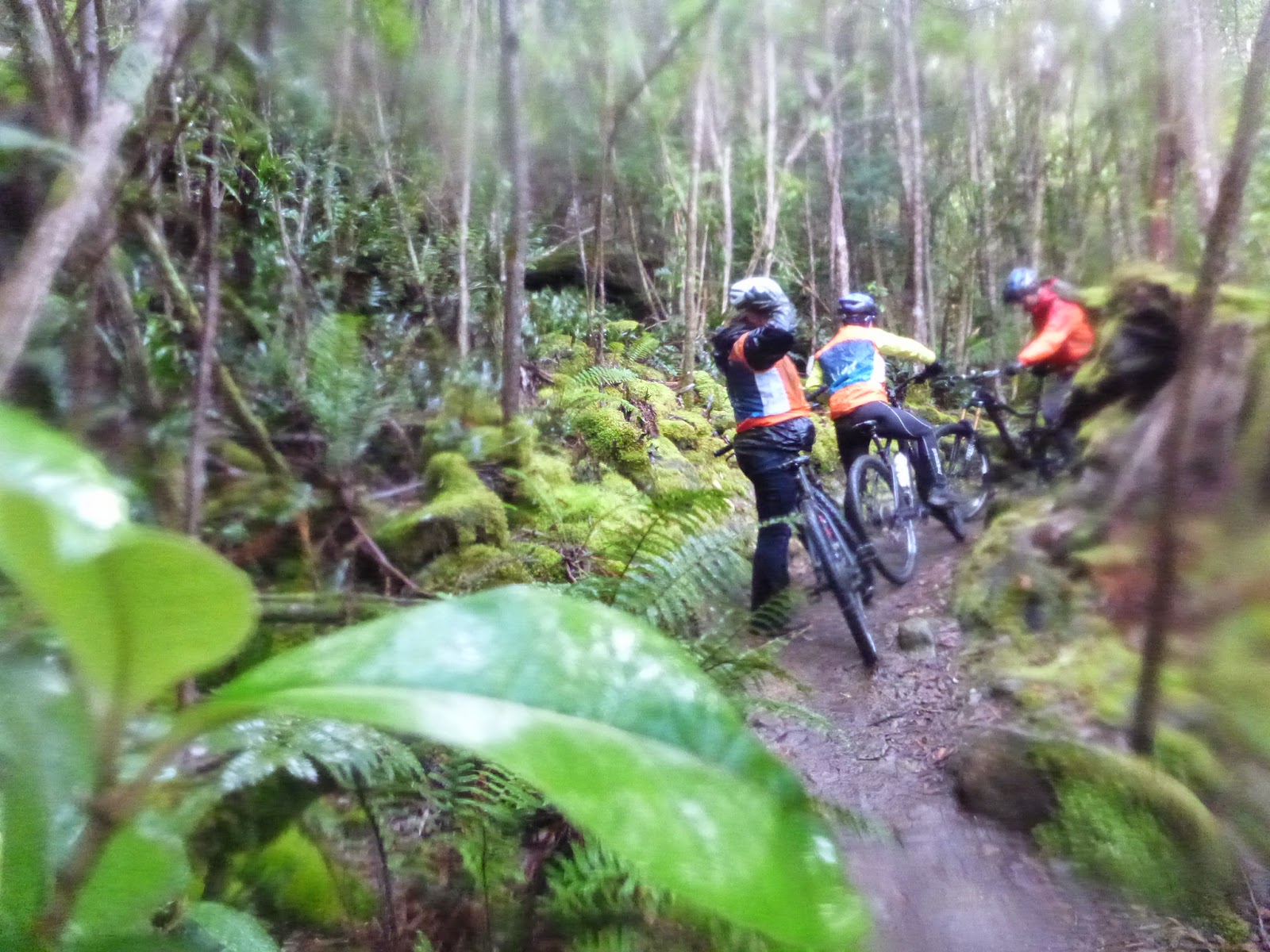 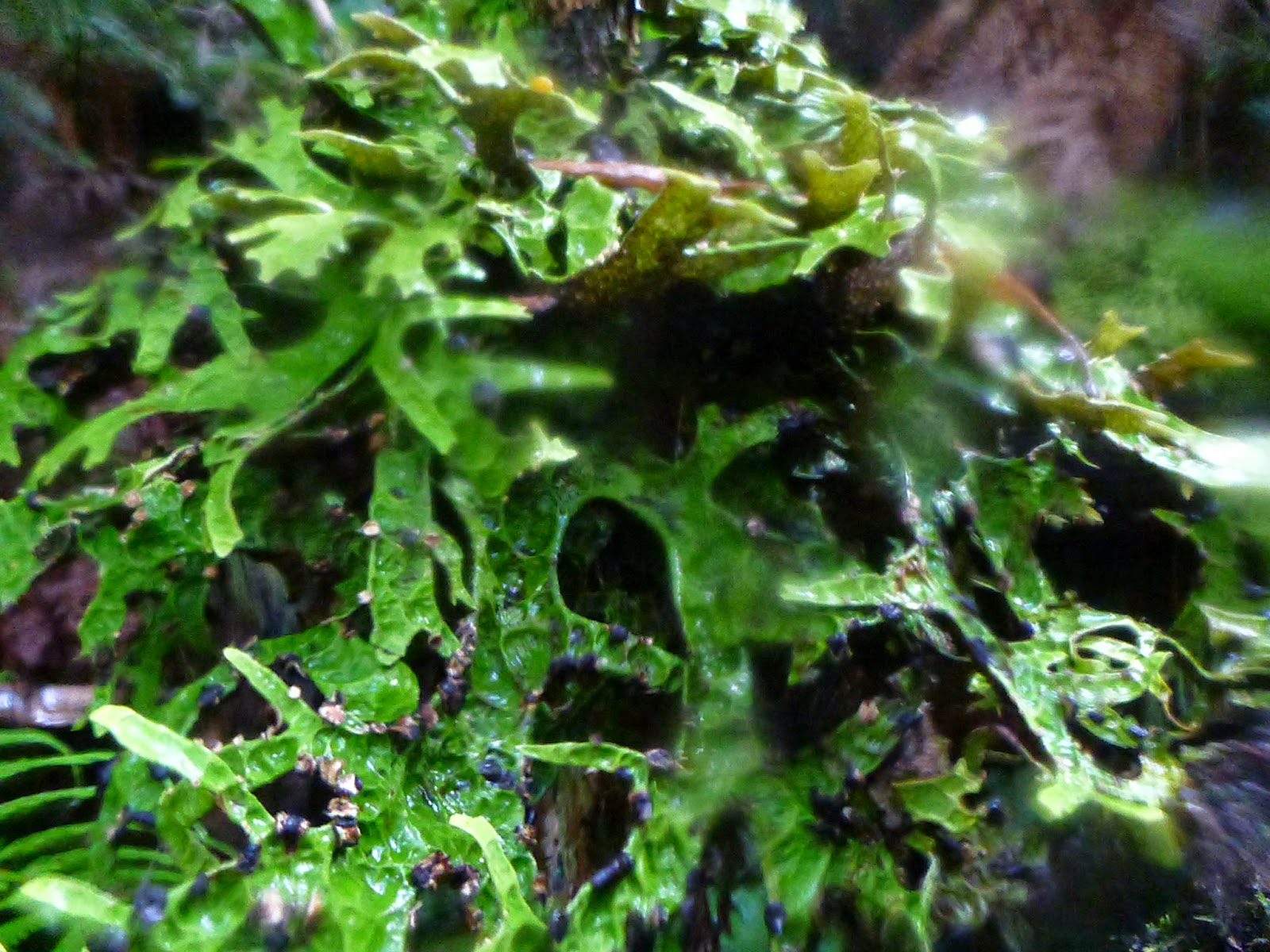 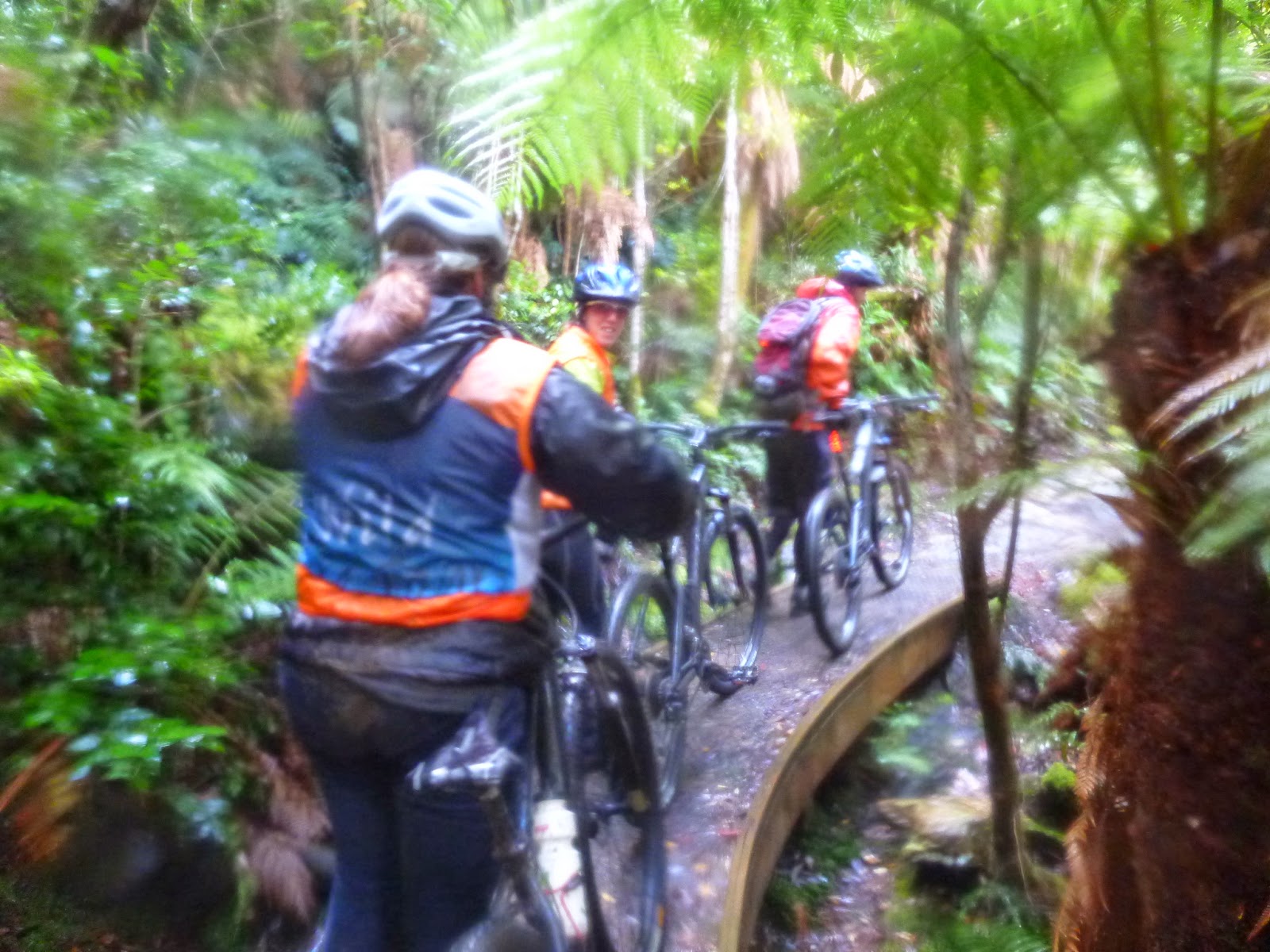 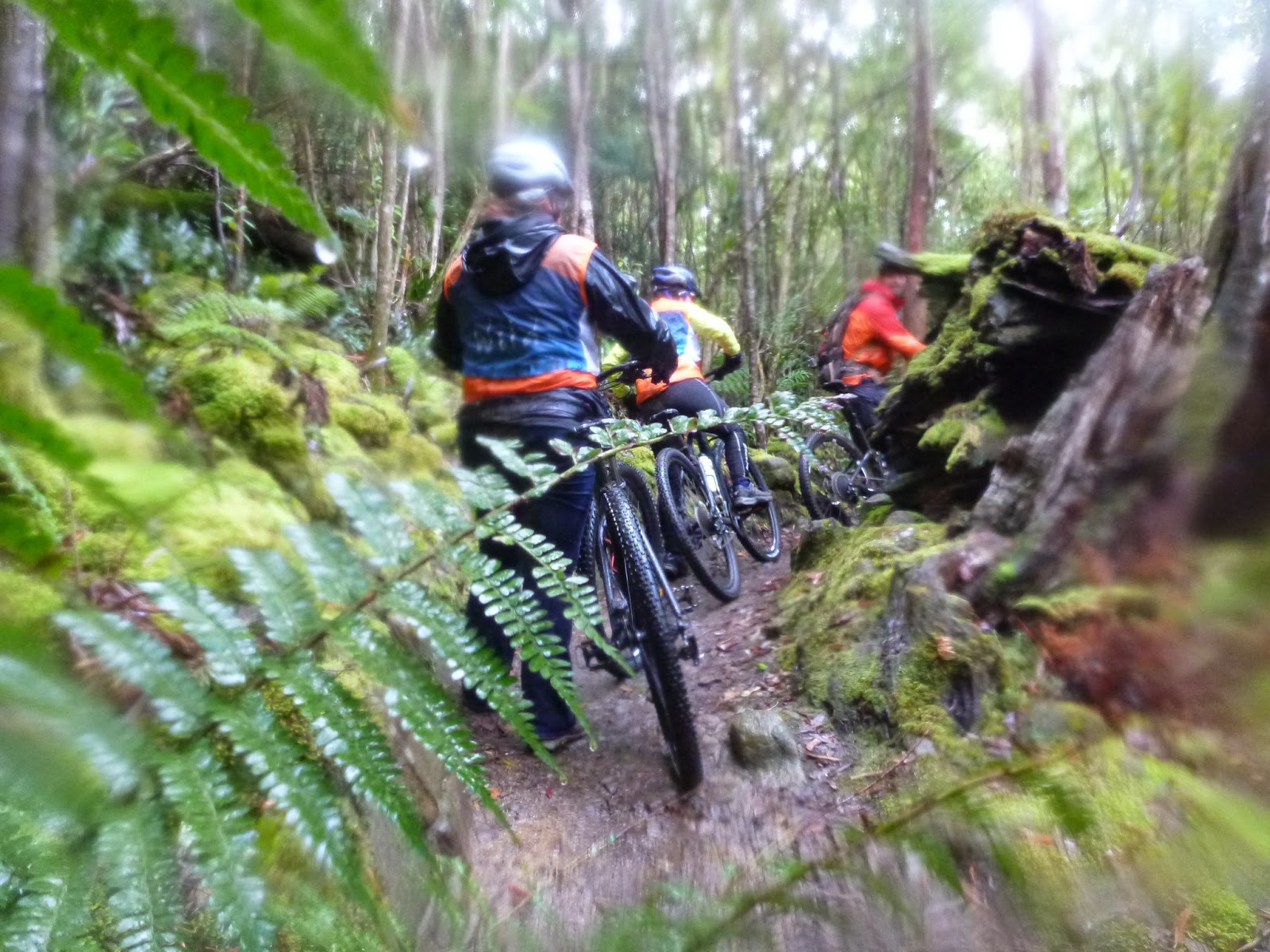 … and no, if you’re wondering we didn’t spend all our time stopped in queues as the photos seem to indicate, I just take most of my photos when I’ve stopped … which just makes it seem like the people I’m riding with are always pushing their bikes (see Kimmy – I do sometimes fess up and tell the truth).

From Junction Cabin we left the North South track, and took the fast descent down to the Main Fire Trail (where for the first time in my life I got to smell burning disk brakes on a mountain bike, fortunately not my own, unfortunately they were from one of Peter’ hire bikes which I guess means he’ll be forking out for some new brake pads soon) 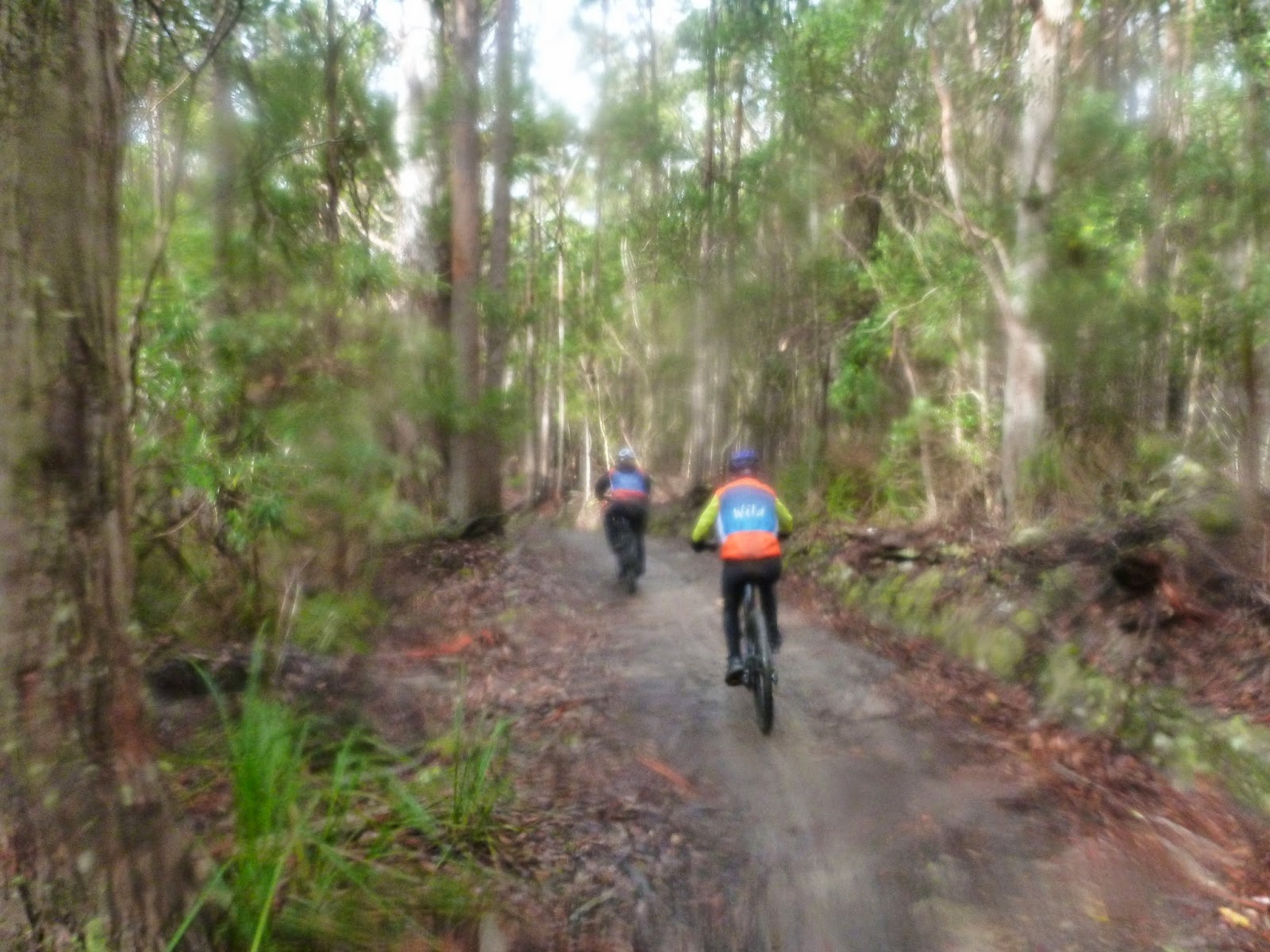 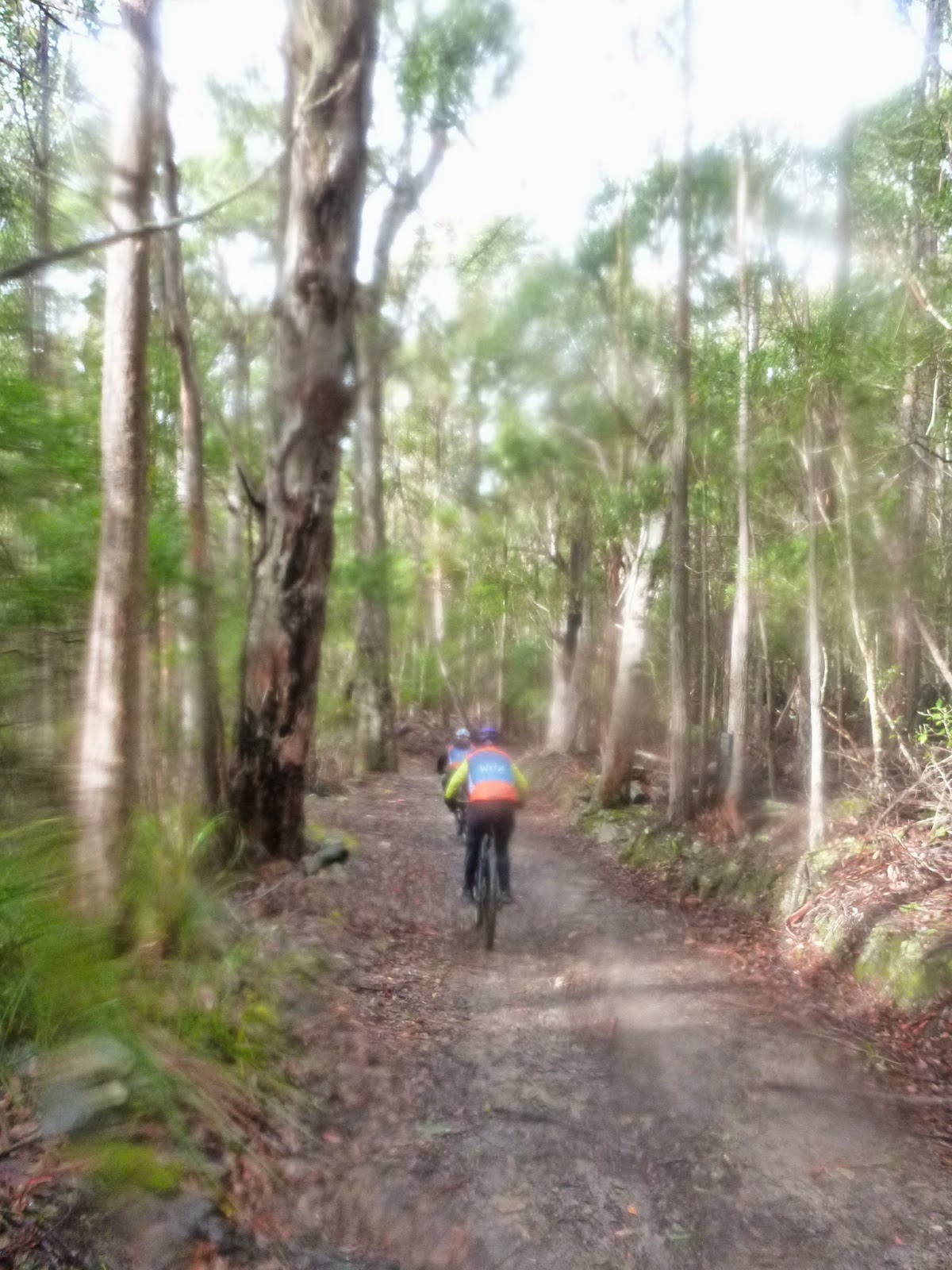 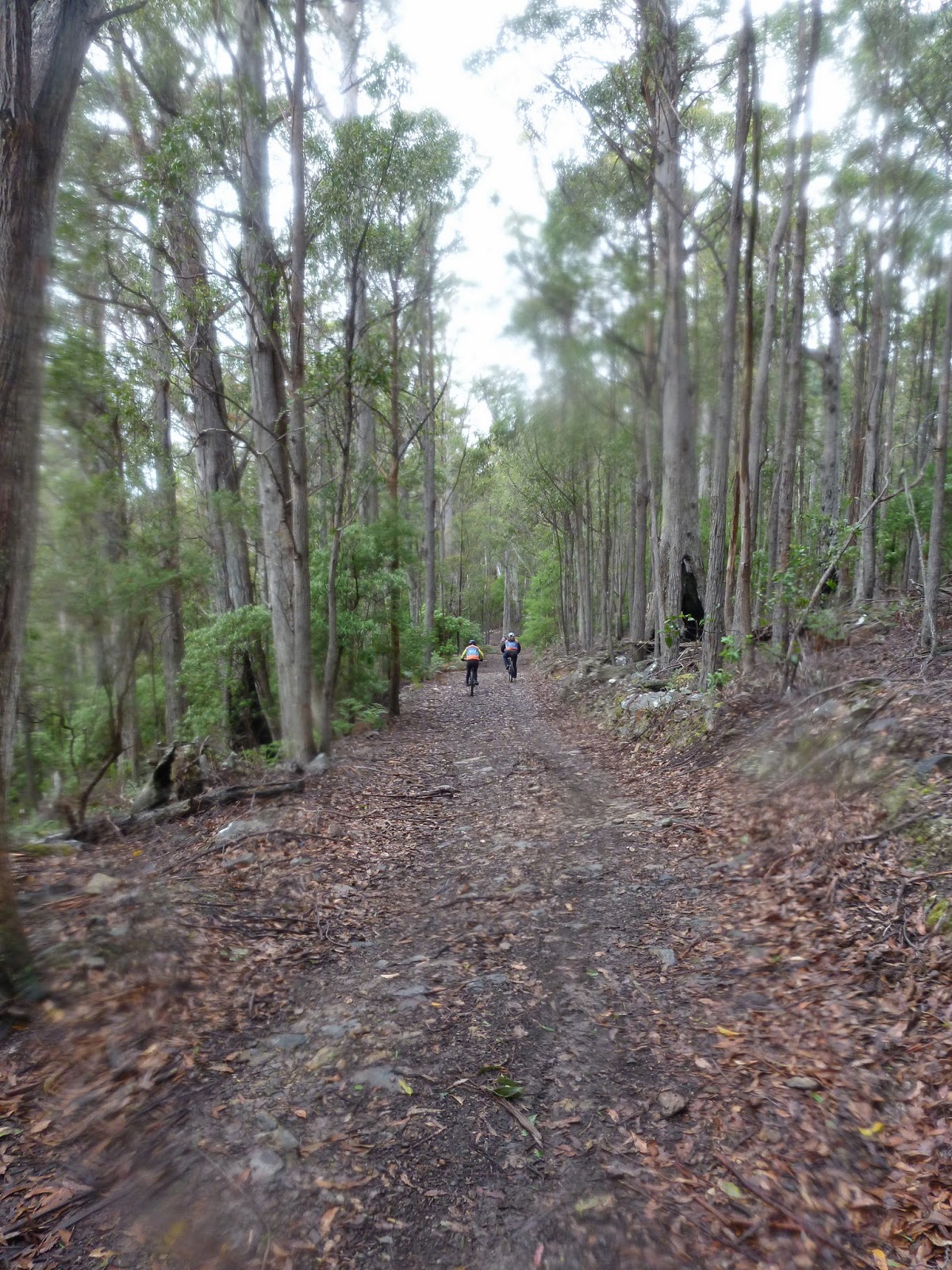 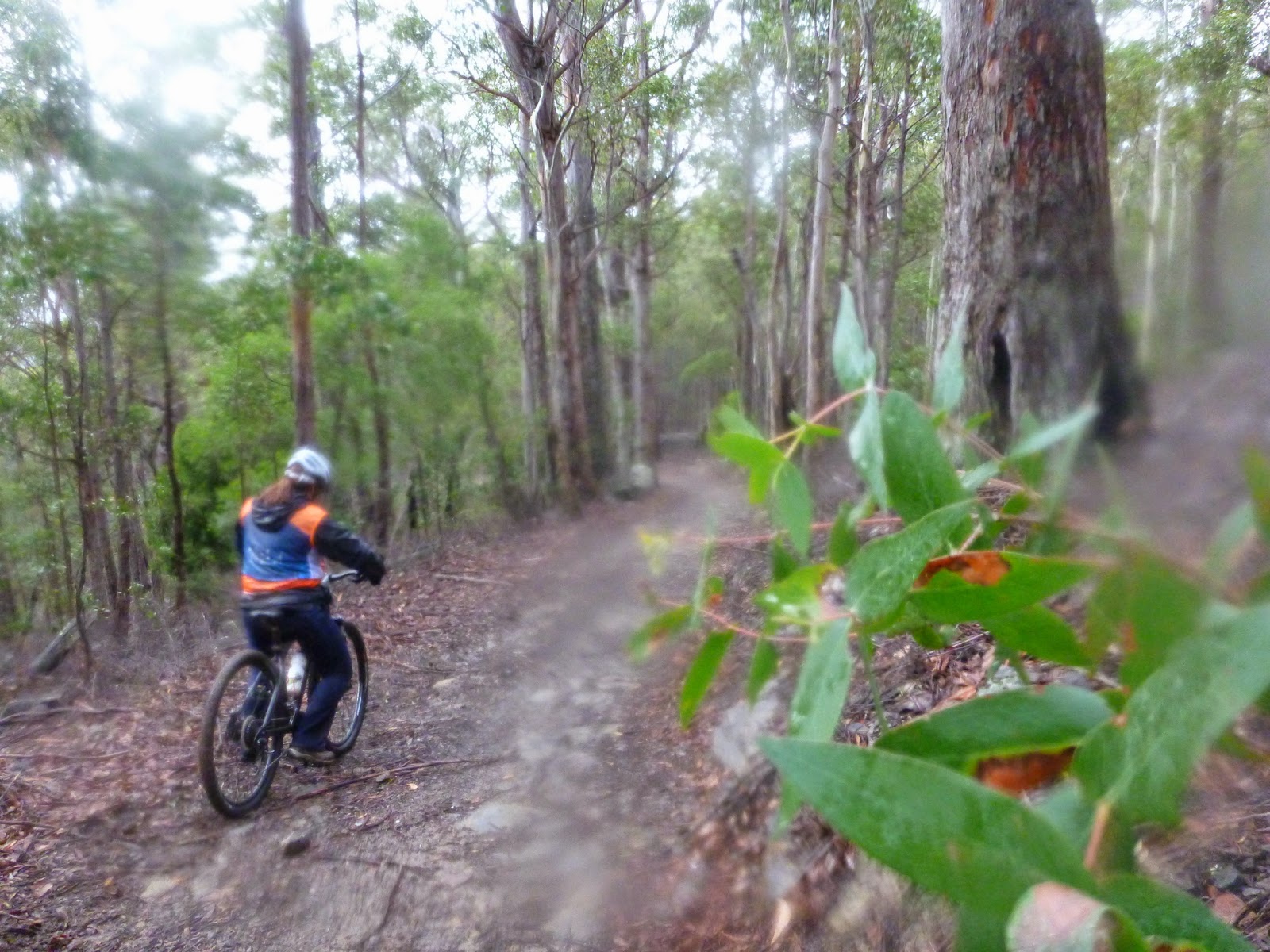 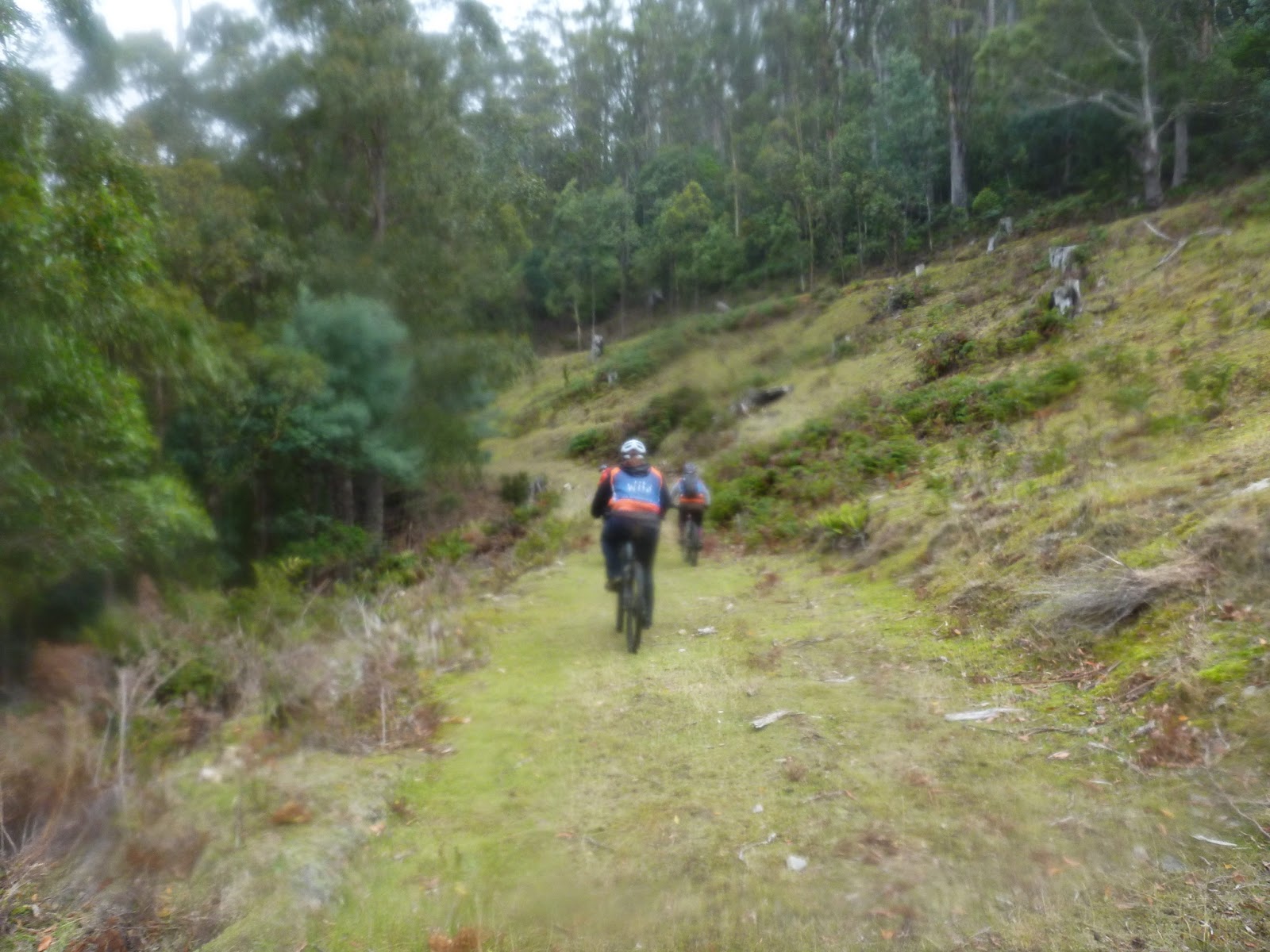 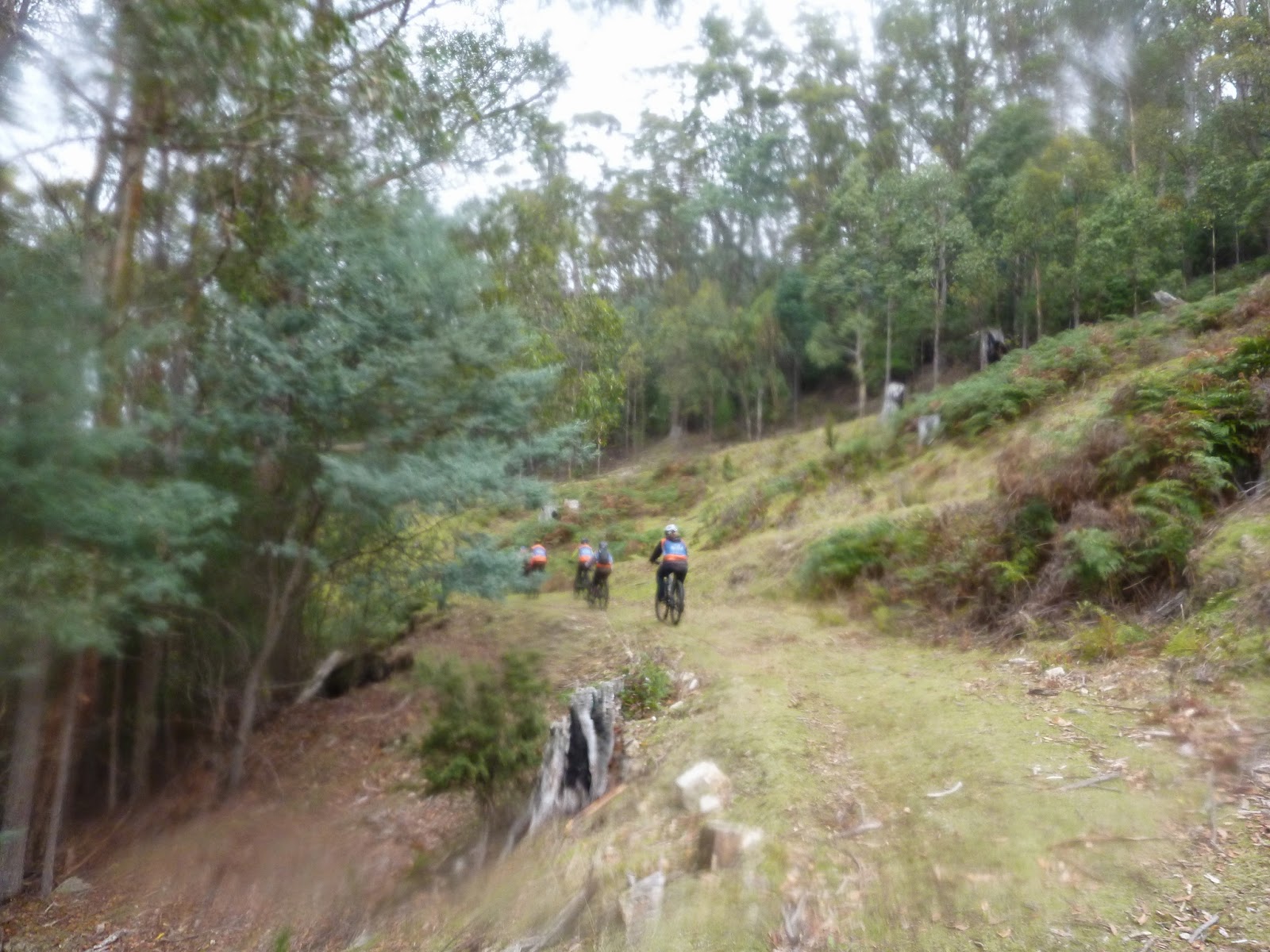 It was however at the end of this trail that we stopped for a break and there was a bit of a group discussion about the bikes we were riding, and in particular the difficulty some of the female riders were having dismounting the hire bikes on some of the steeper sections of the trail.  One of the female riders had brought along her Giant Lust and after Chris (our guide) explained about these having a lower top tube, a person I shall not name looked at my beast of a 29er and asked “So why is John riding a girl’s bike?“.

I shall one day get over that blistering insult to my manhood and I’ll just say that they were lucky I was still wearing my lobster claw gloves or I might have done something about it.

From there it was a fast run down the road to the Brewery, and then back along the Cascade Linear Track into town and down to the docks. 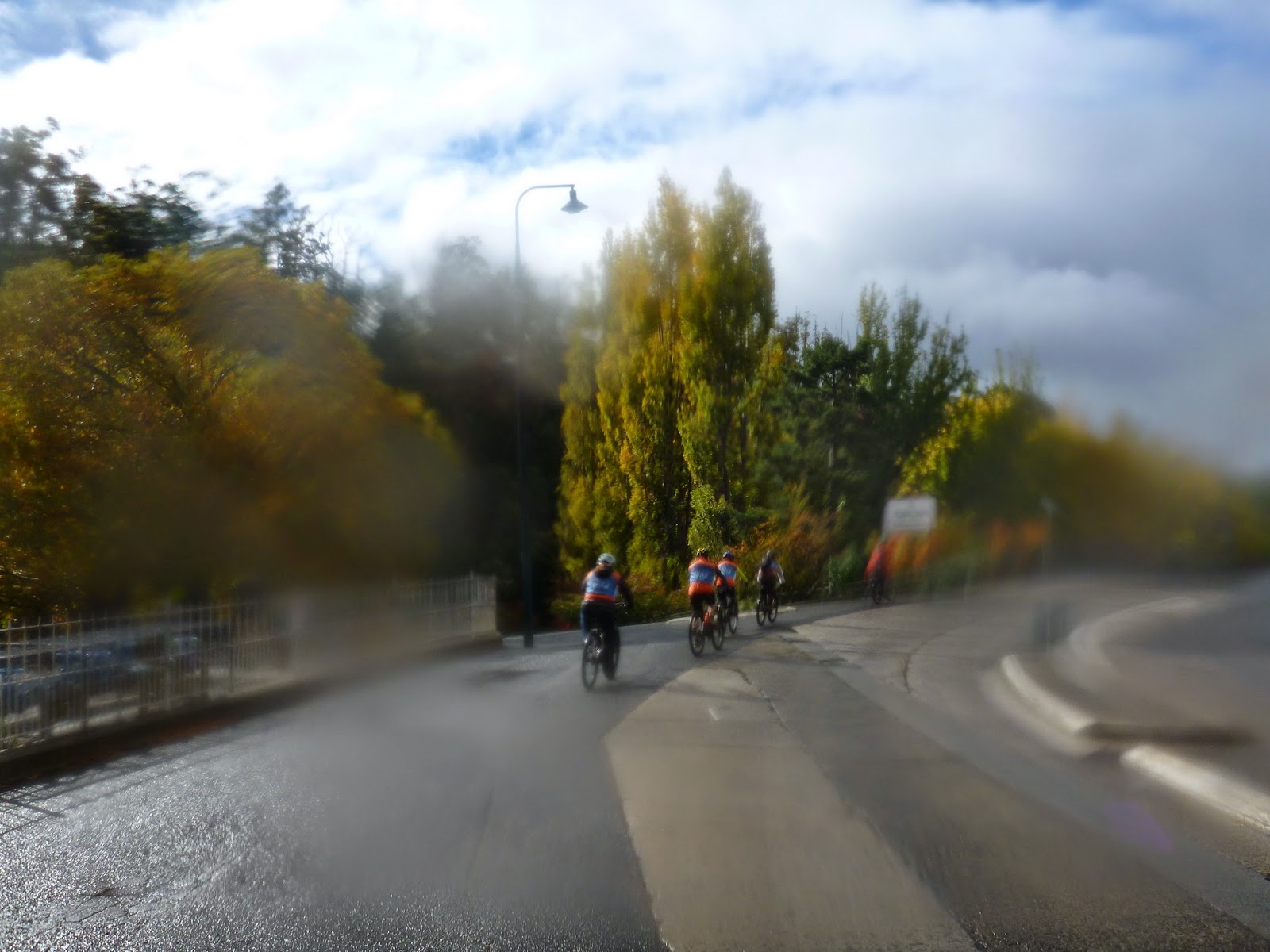 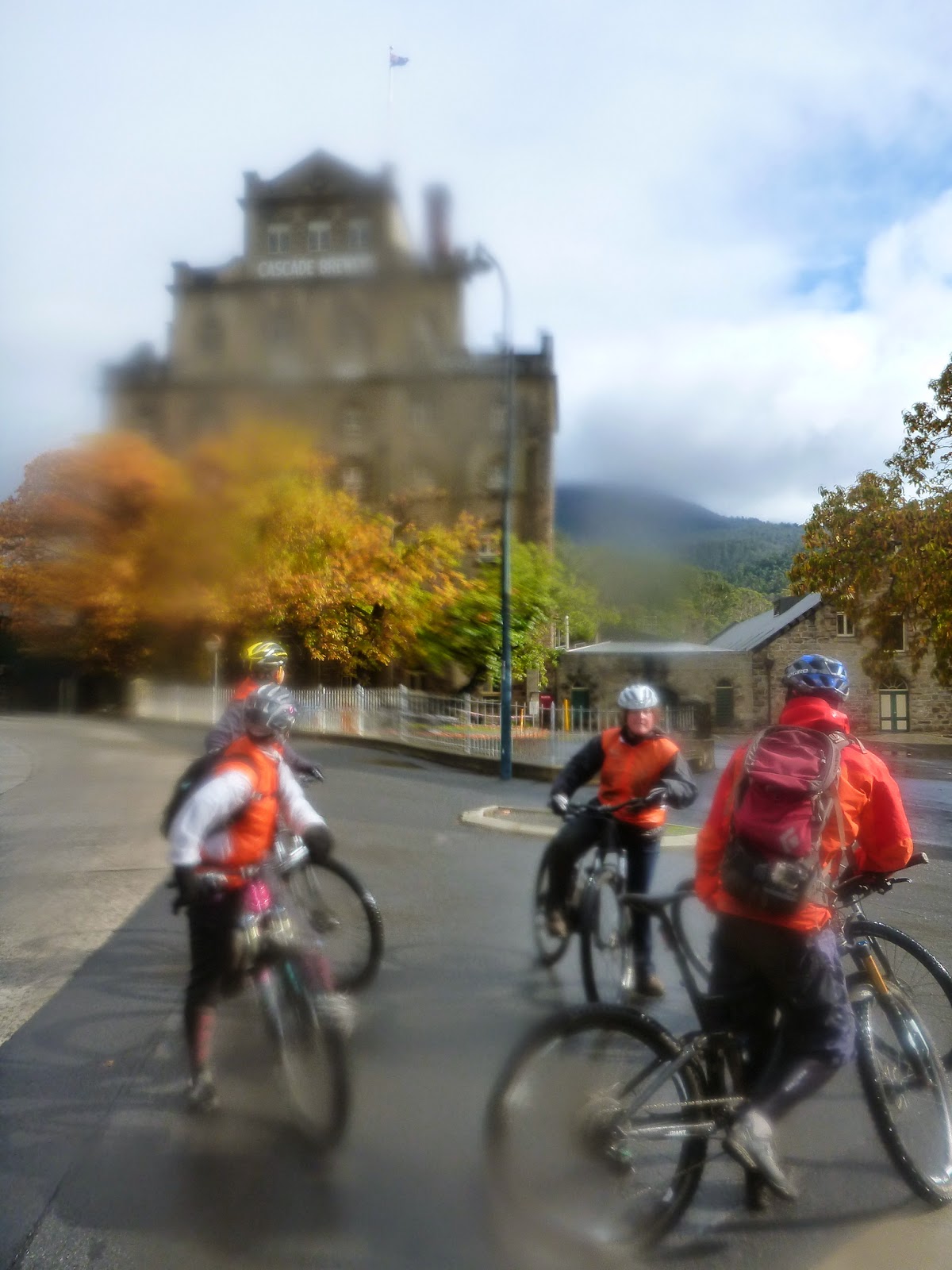 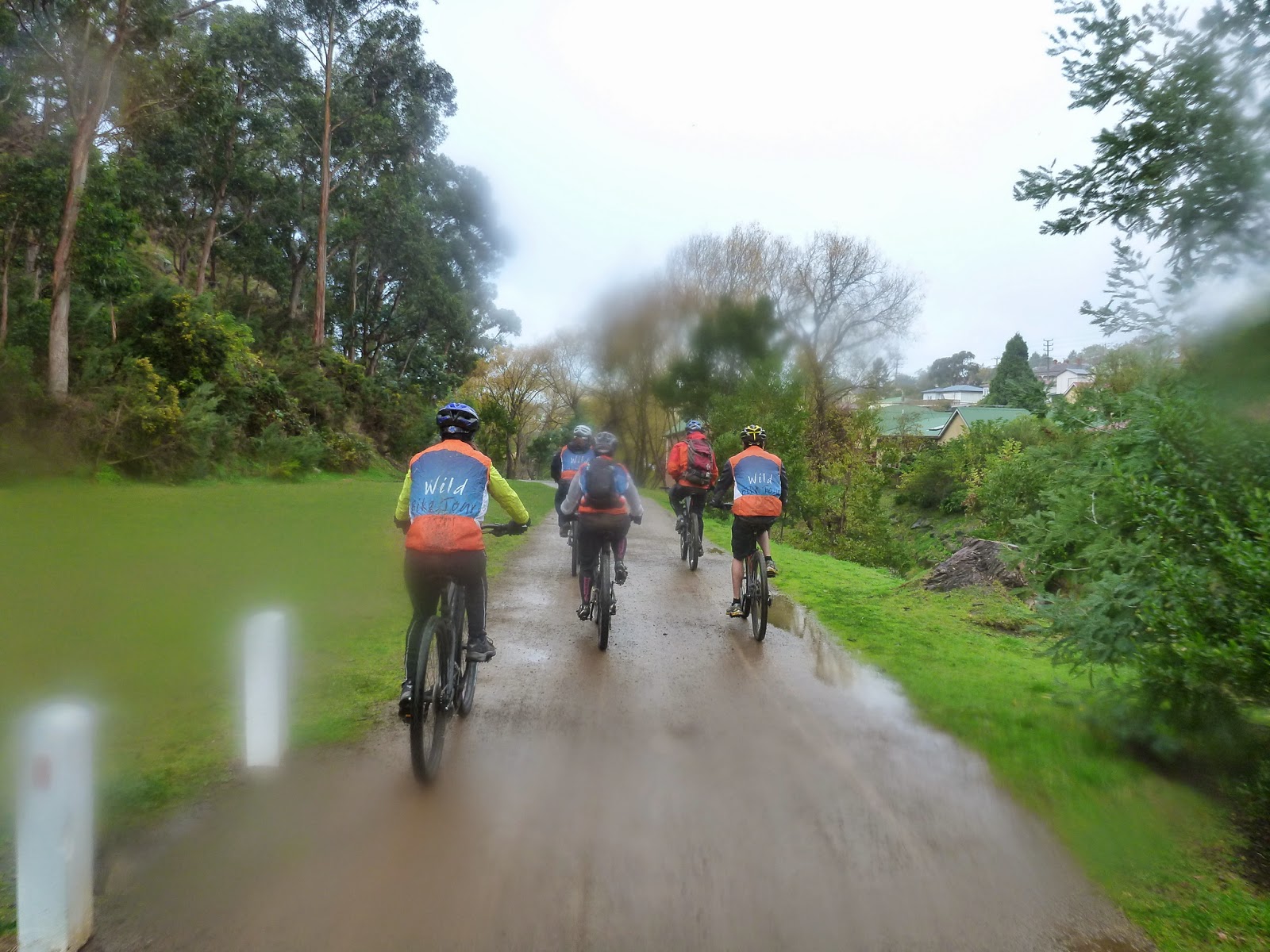 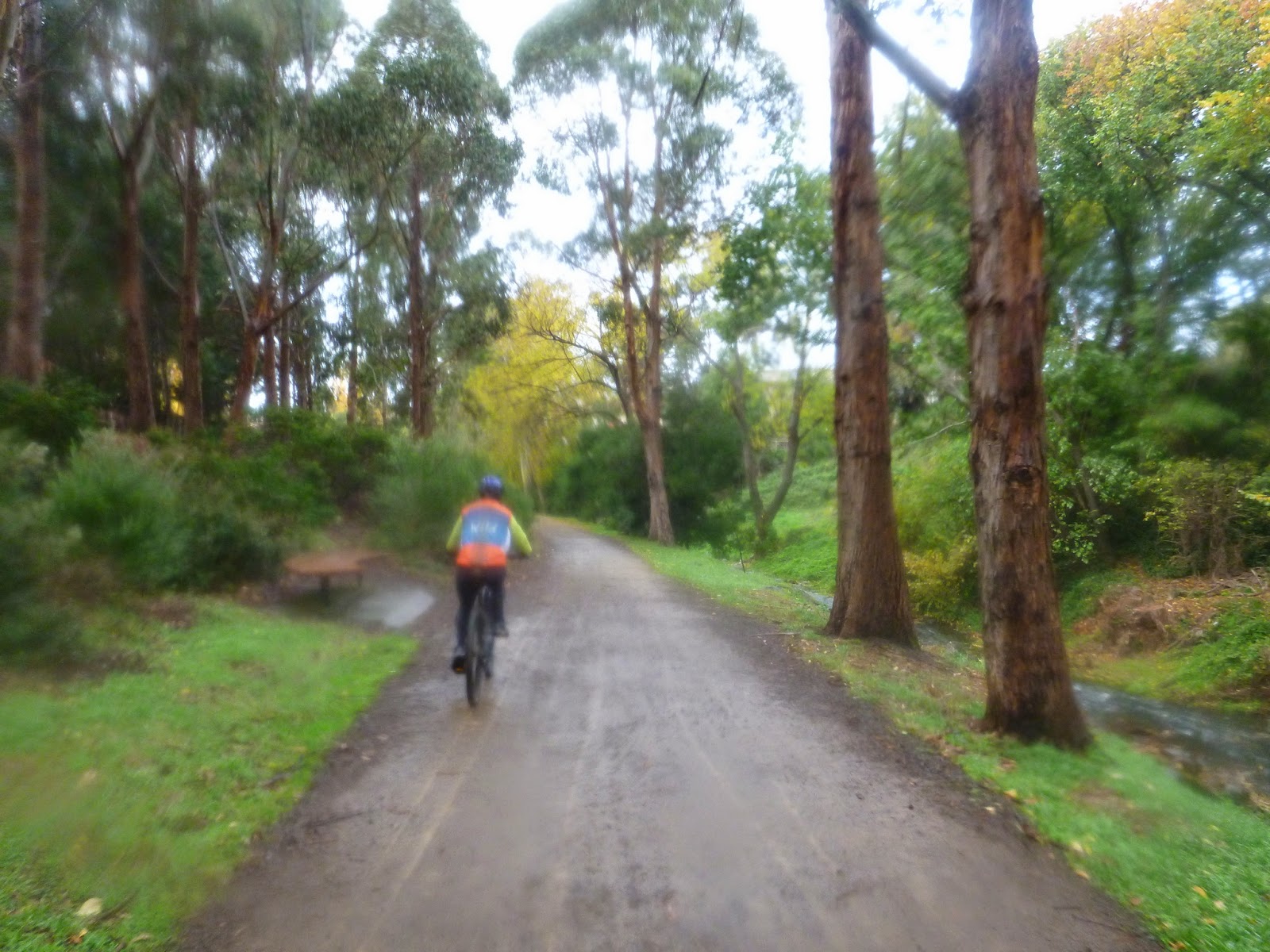 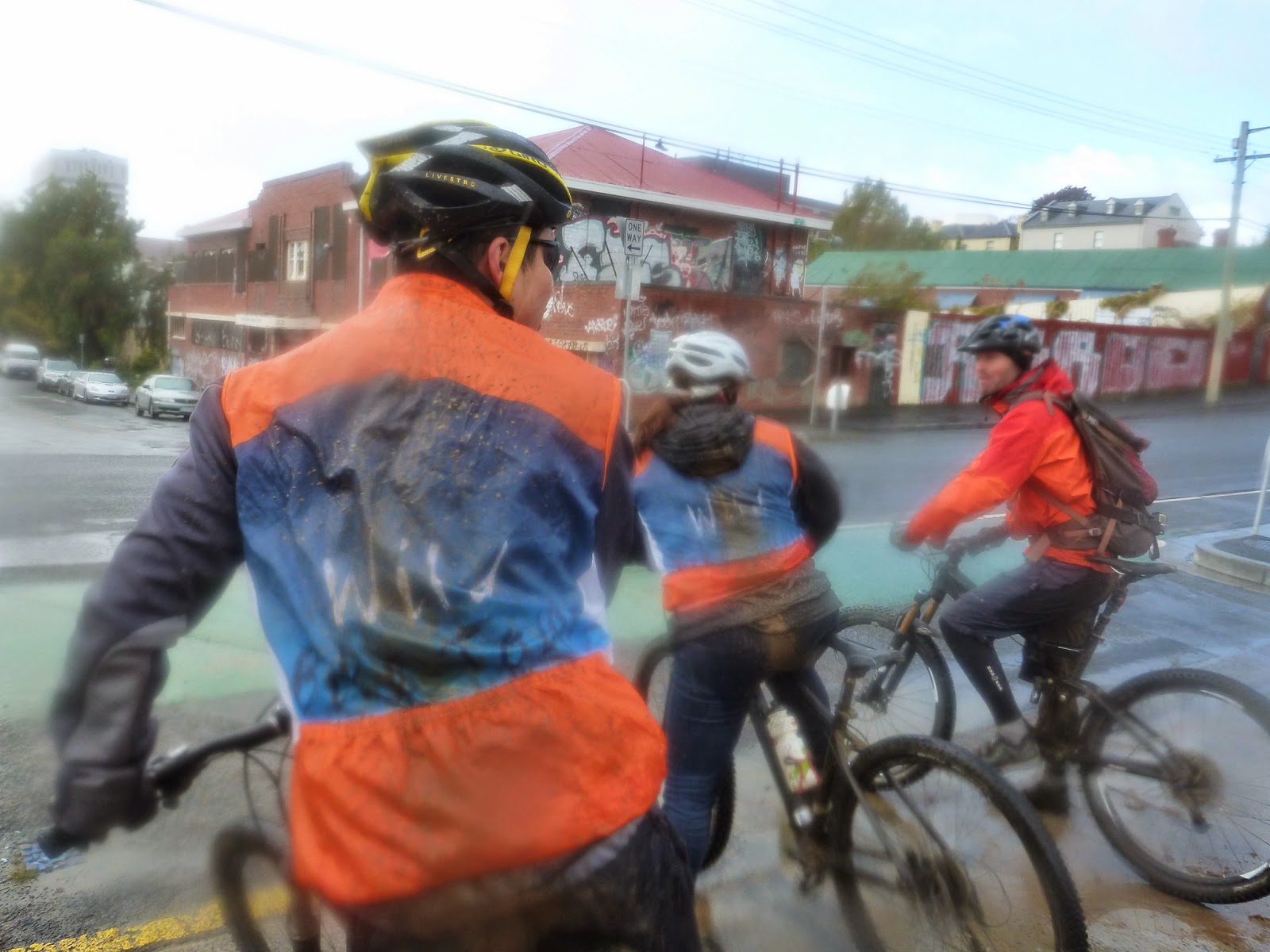 I have to admit I was feeling a bit dorky riding through my home city as part of the group wearing my “Wild Bike Tours” top … but then I remembered I pretty much am a dork so I got over that and just enjoyed what was a surprisingly nice way to spend a few hours.

My only suggestion for what might have improved the day was a bit more detail up front about what to expect and bring (says me who never even read what Peter may have up on the website) … Poor Lisa turned up in Jeans, no one knew where toilet stops might be, several of us brought back packs with food and drinks in it … then left them in the vehicle and so didn’t have access to them for most of the ride (again including poor Lisa who bonked part way along the North South Trail with no food or water), but they’re things that could be easily remedied and I suspect they were as much a result of the cold weather start than anything else.

So that was my day … now all I need is for someone or someone’s to please sign up for a ride up at the Cockatoo Hill Conservation Area on a weekend that I’m free, then I could tag along on that ride which is what I really want to do …

In the meantime, I guess I’m back to my own devices … might go for a ride up Mt Wellington tomorrow.

==============================
Thanks for the great write up.
I must admit, I was a little concerned about that first section. That was washed away (pun intended) when we reached The Springs with smiles all around and everyone was keen to get on to the next section.
I, too, felt for Lisa. Unfortunately, the email (which goes out with every booking) did not get passed on to Lisa by the organisers of her trip. Particularly, the part about what to wear, given Tasmania’s titchy weather conditions. In fact, we had not had any direct communication with her until we met on the waterfront that day.
Lisa, intrepid adventurer that she is, simply stated matter-of-factly, “It’s only water” and got on with it. Incredibly, on the way up, she mentioned that she was feeling quite nauseous from a bacterial infection she’d been suffering from for quite a while. I take my hat off to you Lisa.
Chris and I are thrilled with the day. The second most important result to us (after safety) is seeing smiles throughout each of our rides. Even with the icy conditions and Dr Zoiberg snapping his claws in the rear, it was refreshing to see a full complement of smiles and everyone hanging around at the end as if there was nothing better to do than chat in the open air. Result!
Thanks again, John. It was a real pleasure.
===============================