It’s been a long time since I last rode down the Leprena Track in the Southport Lagoon Conservation Area. 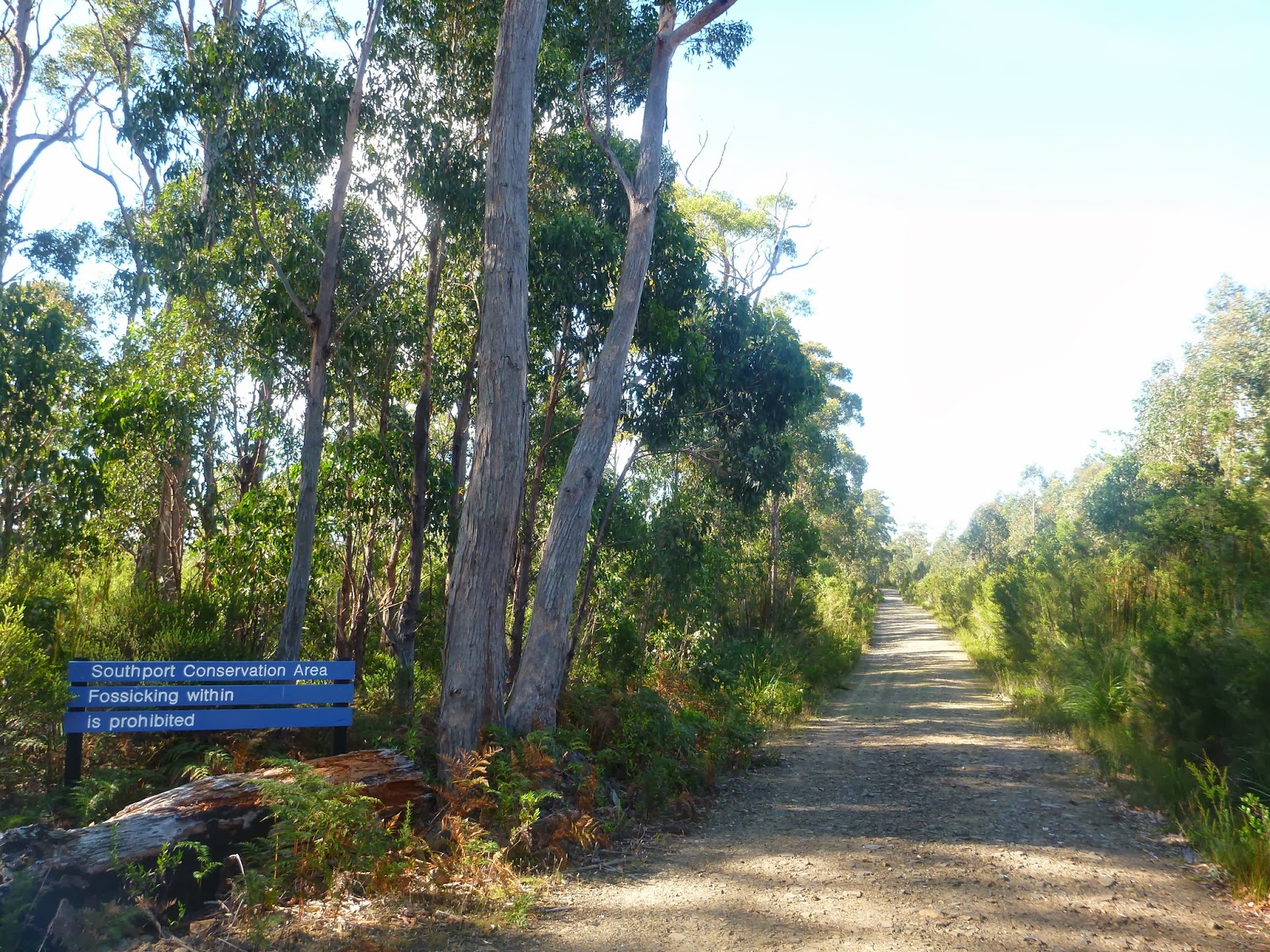 In fact it was way back when the whole furore over logging around Recherche Bay was going on, with claims that the logging would destroy a french garden established by D’entrecastreaux when he was exploring the area back in 1792 (his veggies must last longer than mine).

To be honest, all I remember about that trip was the mud … kilometres of mud … and I’m just talking about the width of the track, not the length.

I didn’t see any french gardens, nor did Dick Smith fly in to save my day, and I seem to recall that it was one of those rides where when we finally dropped out onto an unexpected logging road at the south end of the track, the decision to follow it out and head back via the road was a very easy one to make..

I did also try and get back here more recently with an unsuccessful attempt to circumnavigate the lagoon by bike and packraft.  Suffice to say that as that trip was unsuccessful, I didn’t get onto the track.

So when Kim decided she didn’t want to drive all the way up to Ben Lomond this weekend for a days ride, I suggested we head down Southport instead and finish off my little circuit and check out the Leprena track at the same time. 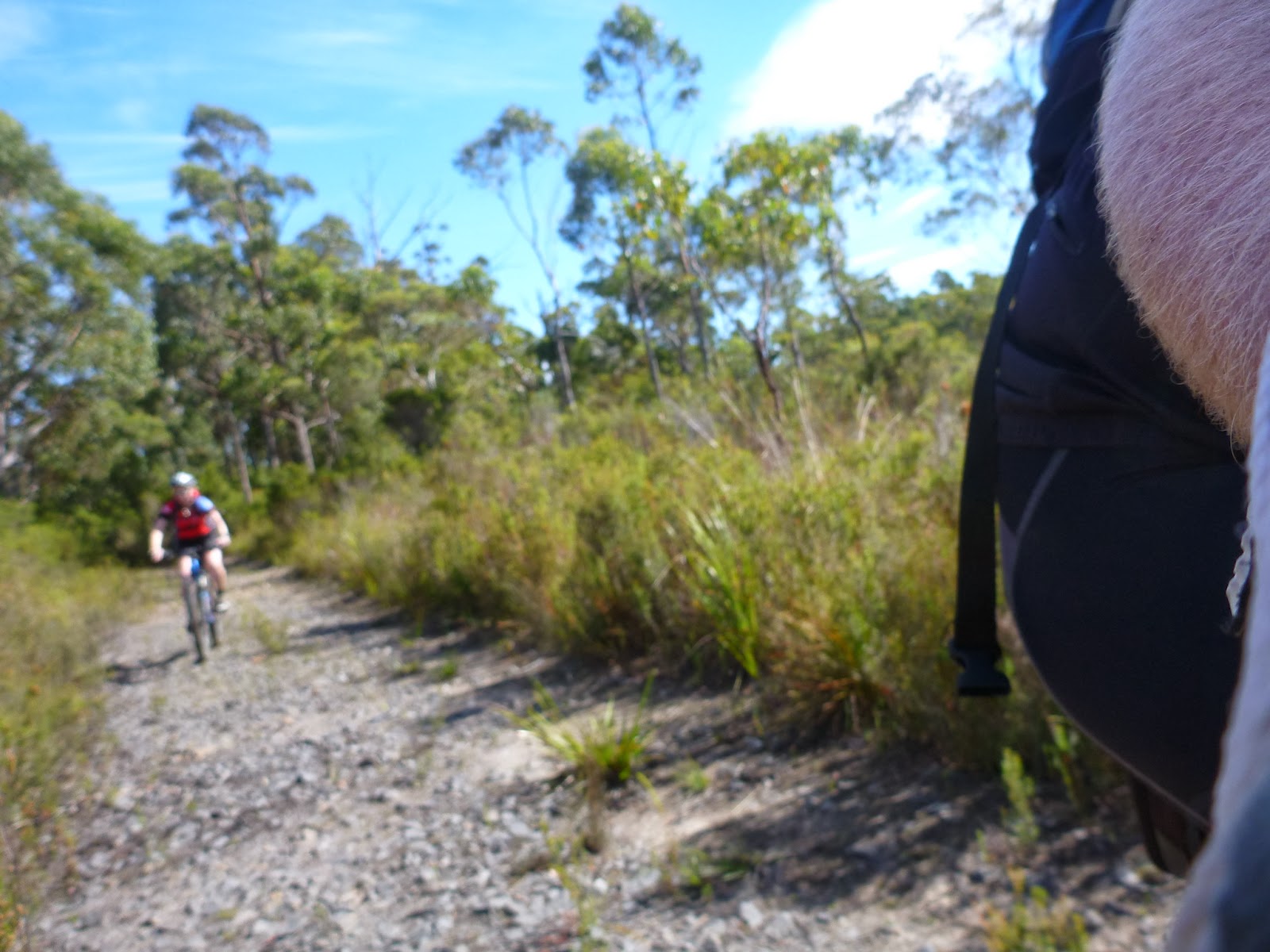 As usual Kim was keen so long as we were riding … so off we went.

With all the dry weather, the track was amazingly (wait for it …) dry and so we found ourselves riding through some surreal areas which would have been hellish bogs in the wet, but which provided very cool riding with lots of easy options in the dry … 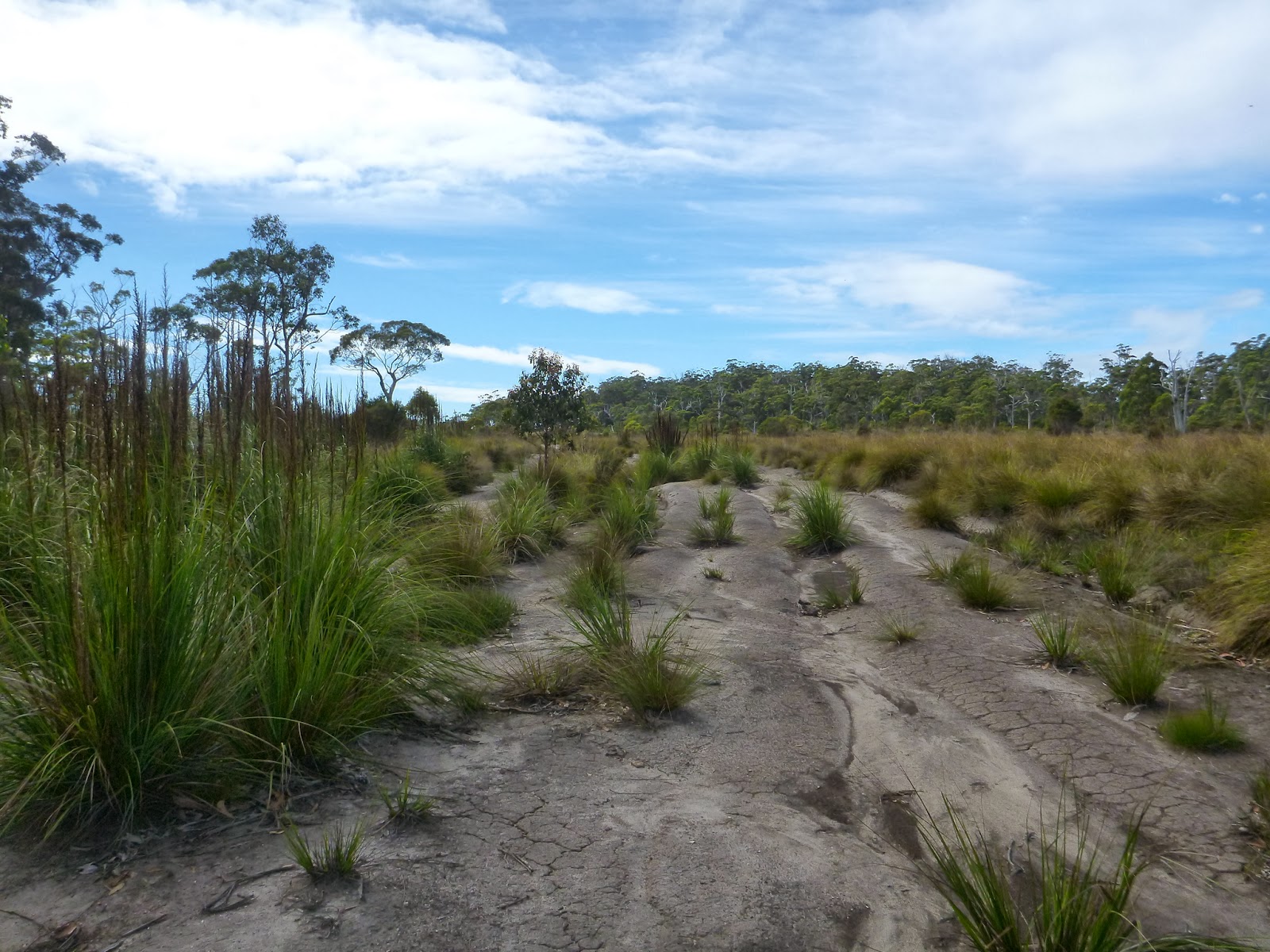 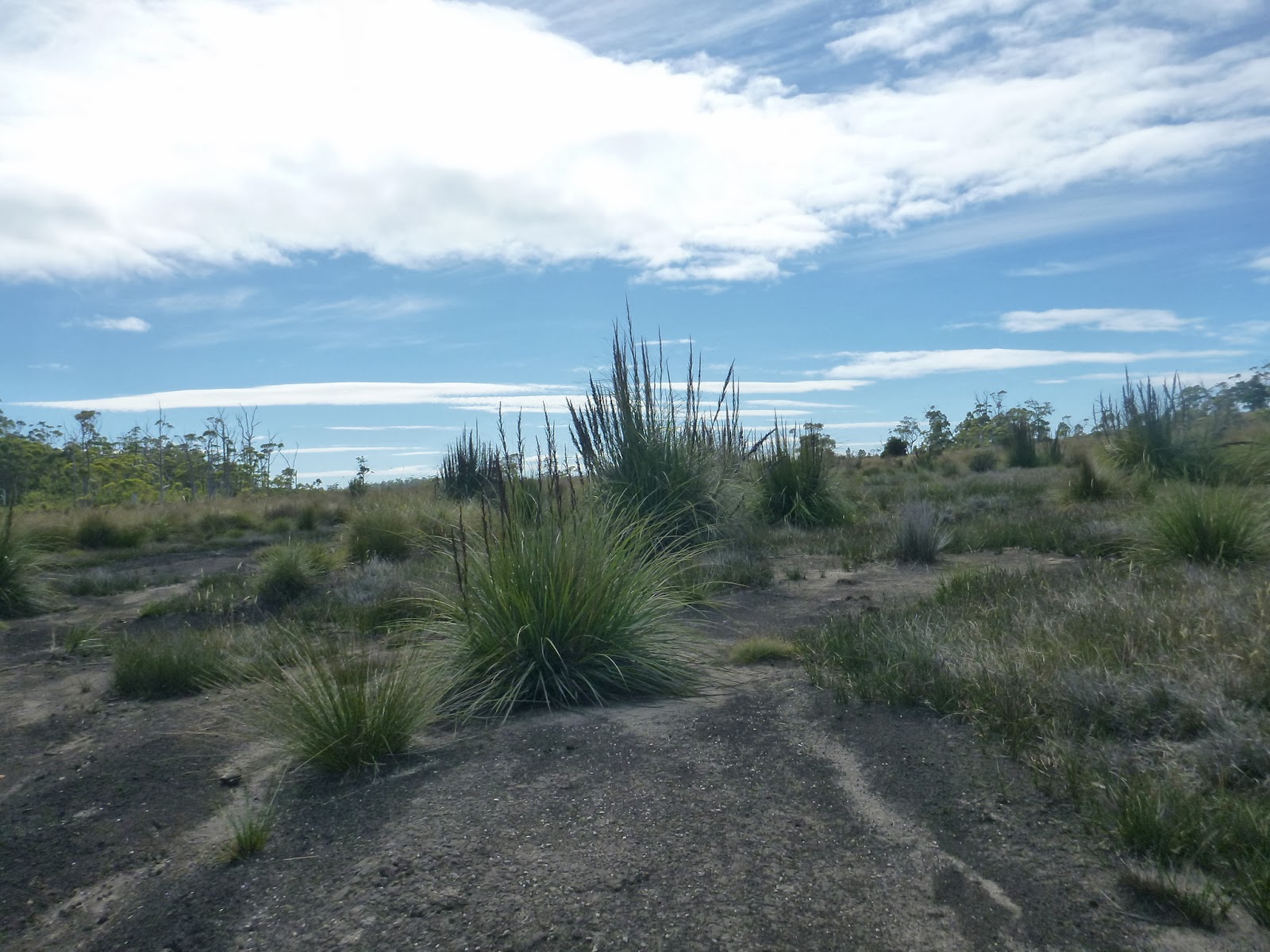 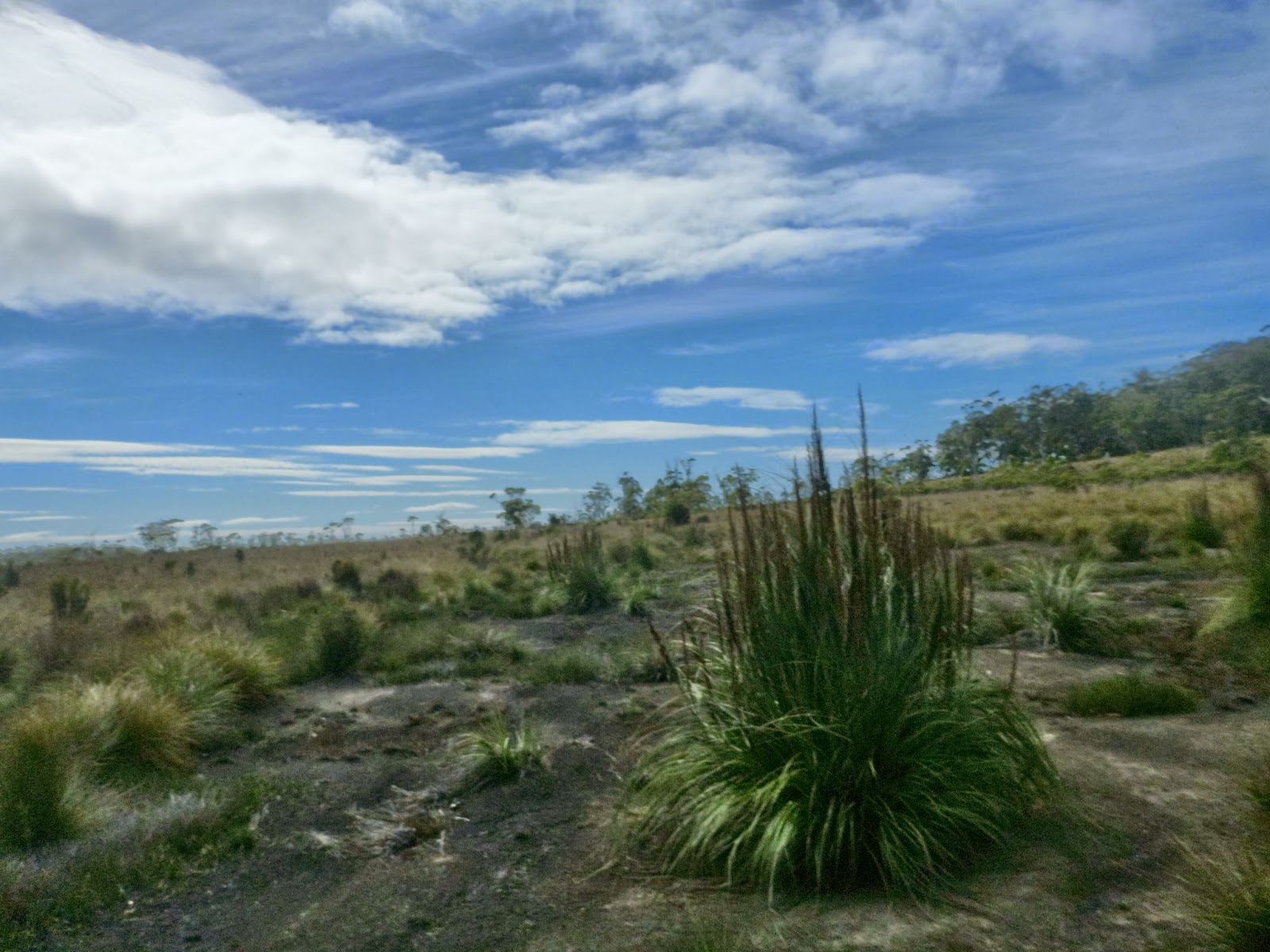 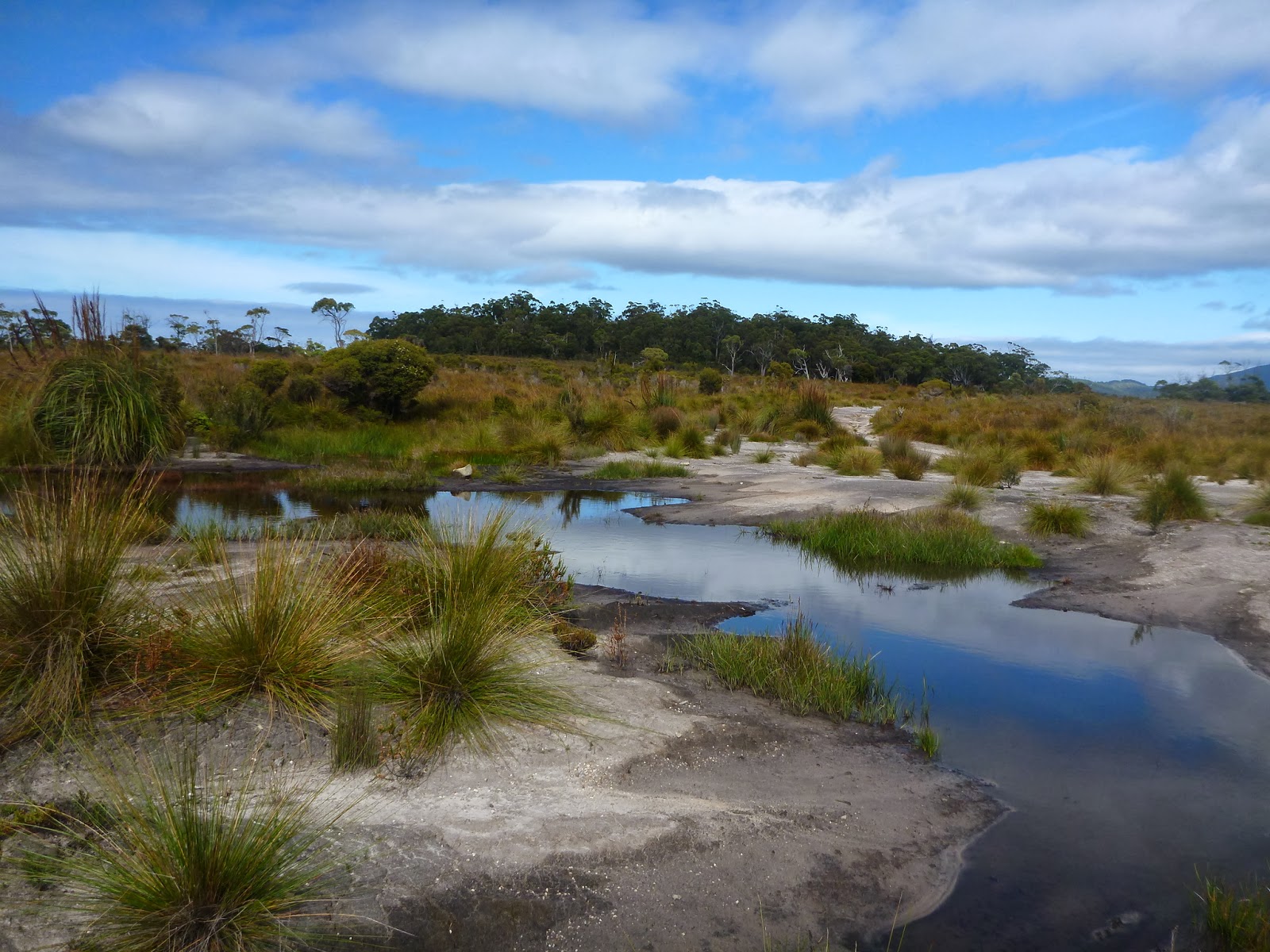 That’s not to say that this was a fast ride.

We encountered a lot more snakes than we would have liked, and as the track is now very, very overgrown in places this lead to some very, very tentative riding for me out front … not helped by the large number of spider webs that I rode through.

But if you can take the snakes, spiders and the long overgrown and scratchy track sections in your stride, then Southport Lagoon is cycling nirvana at the moment with lots of upsides … 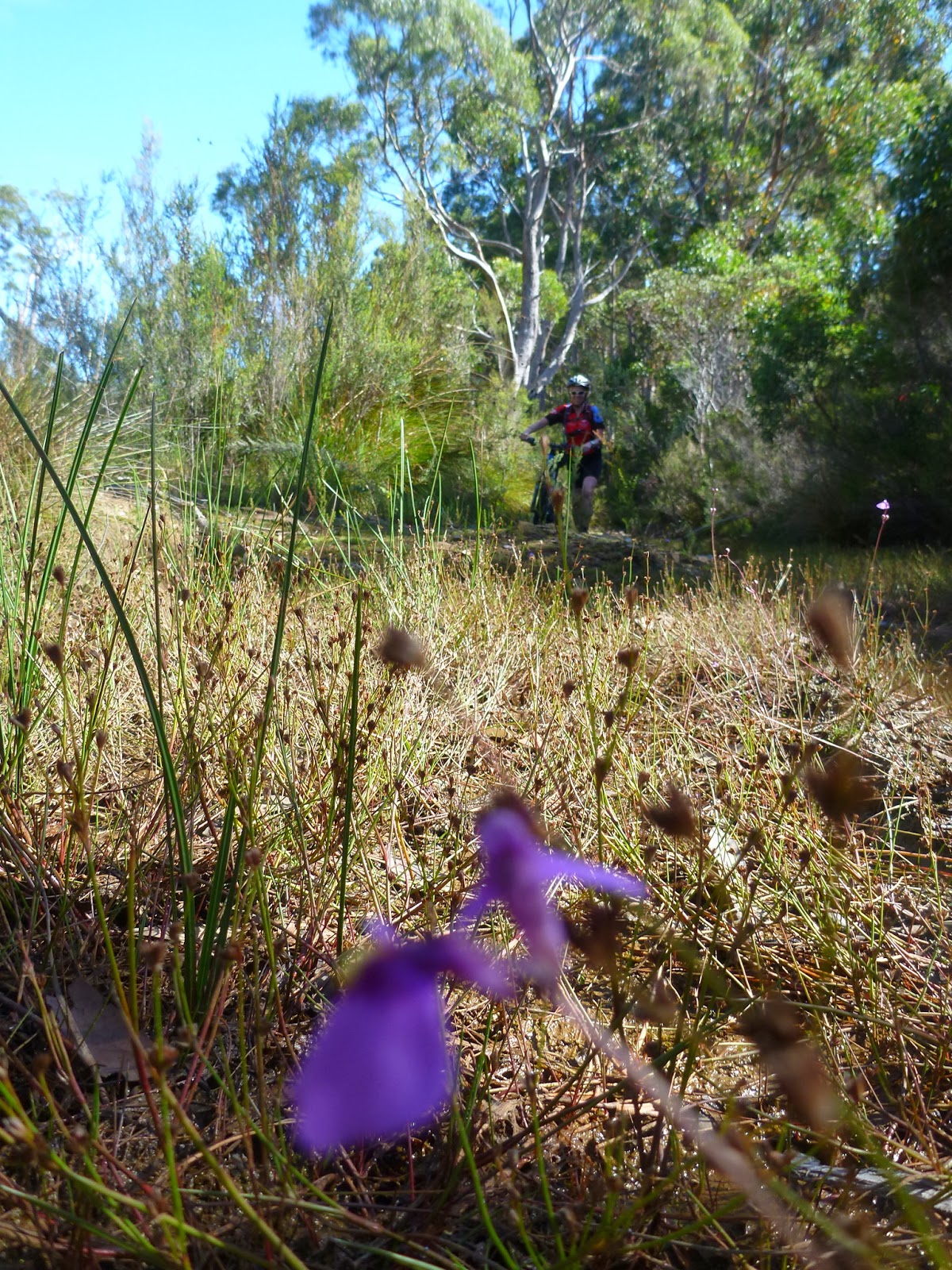 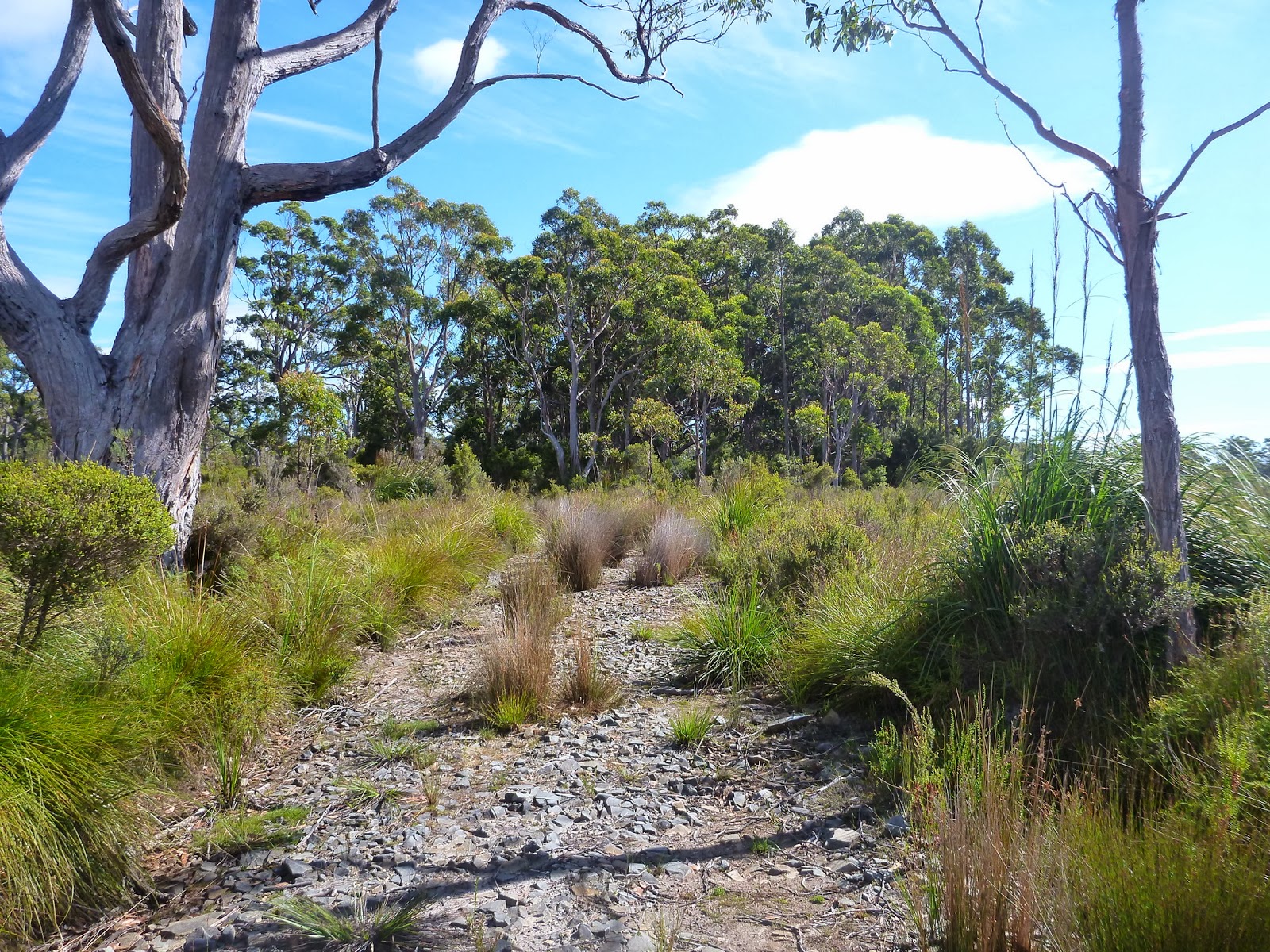 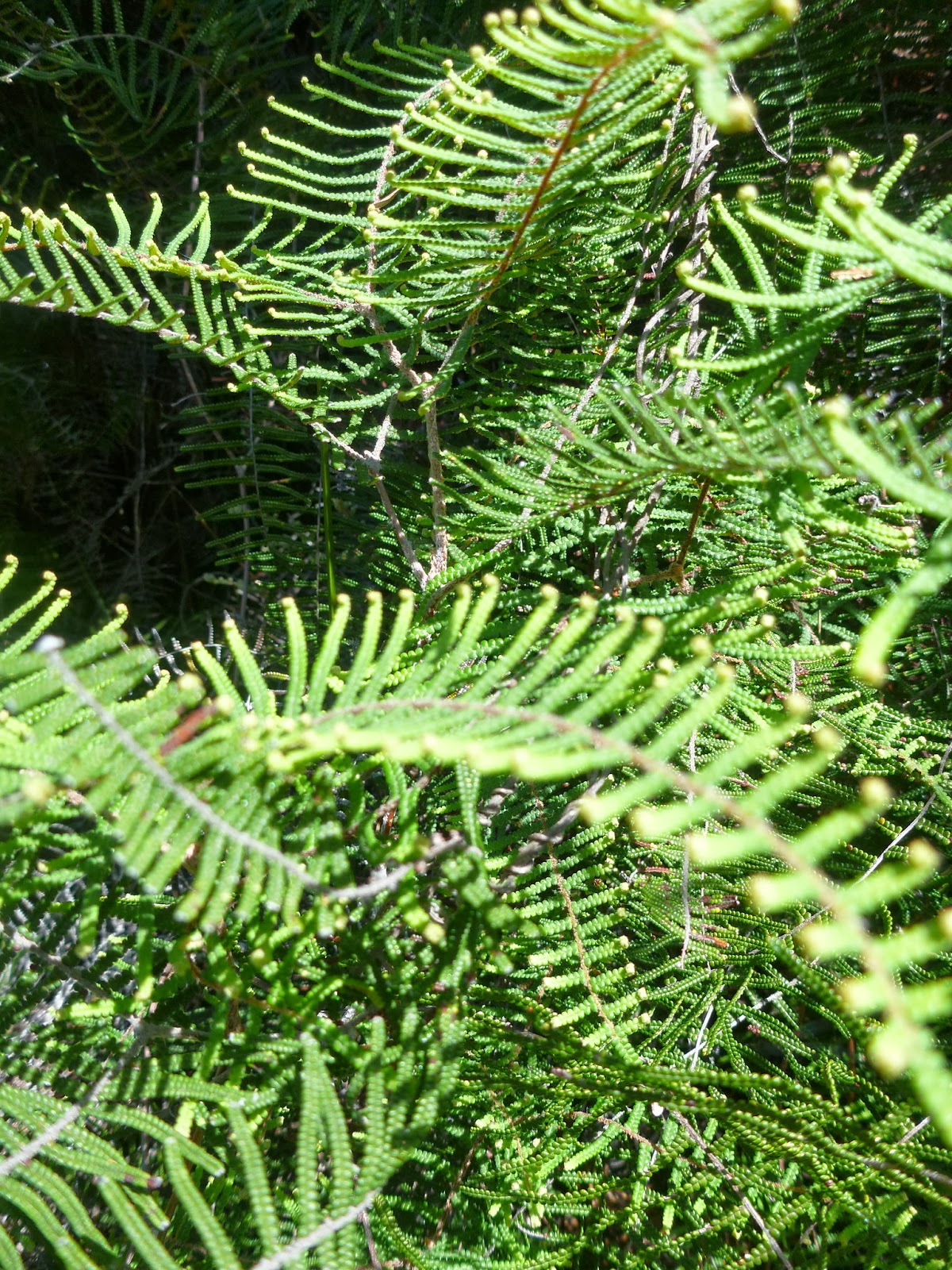 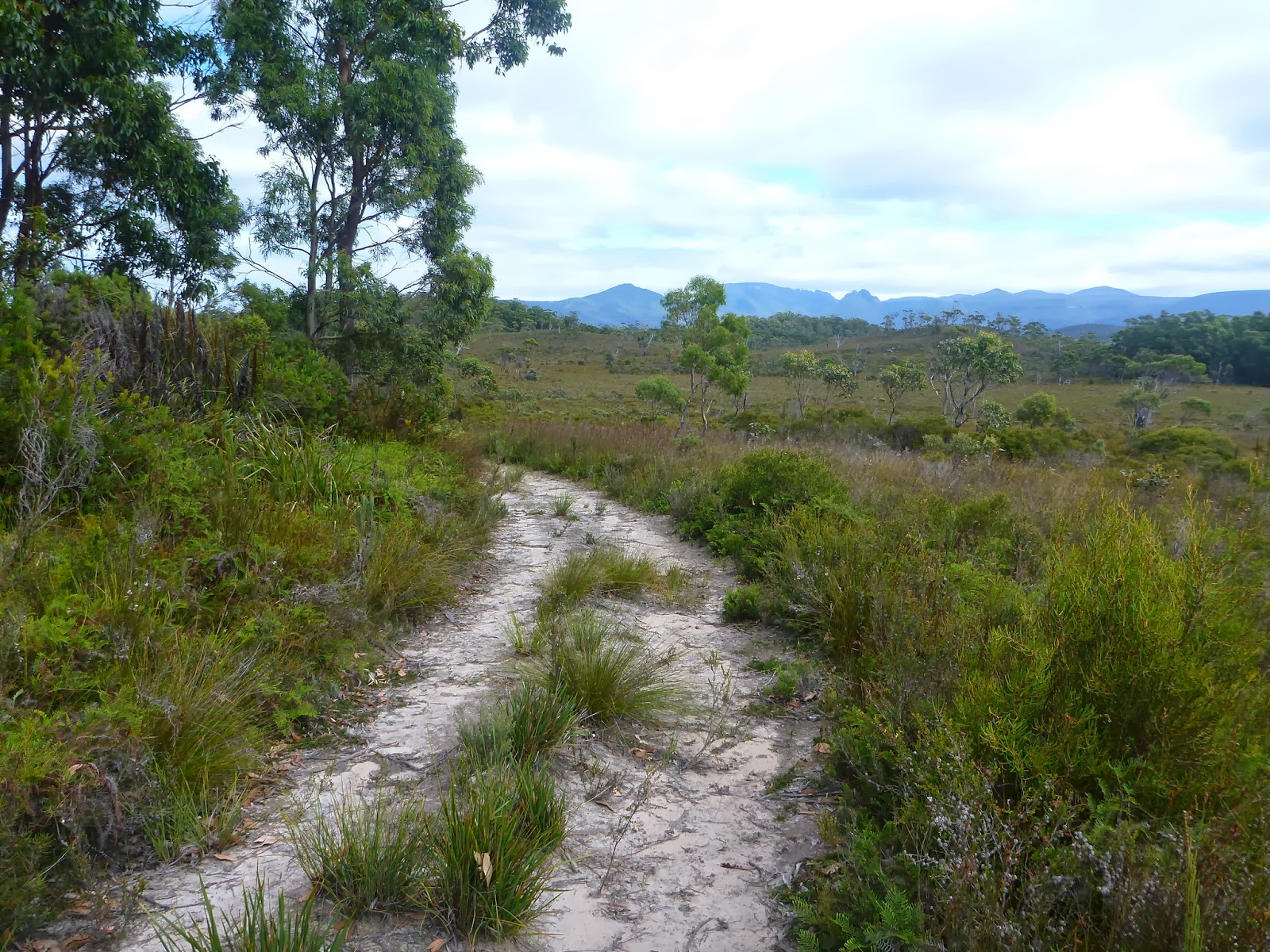 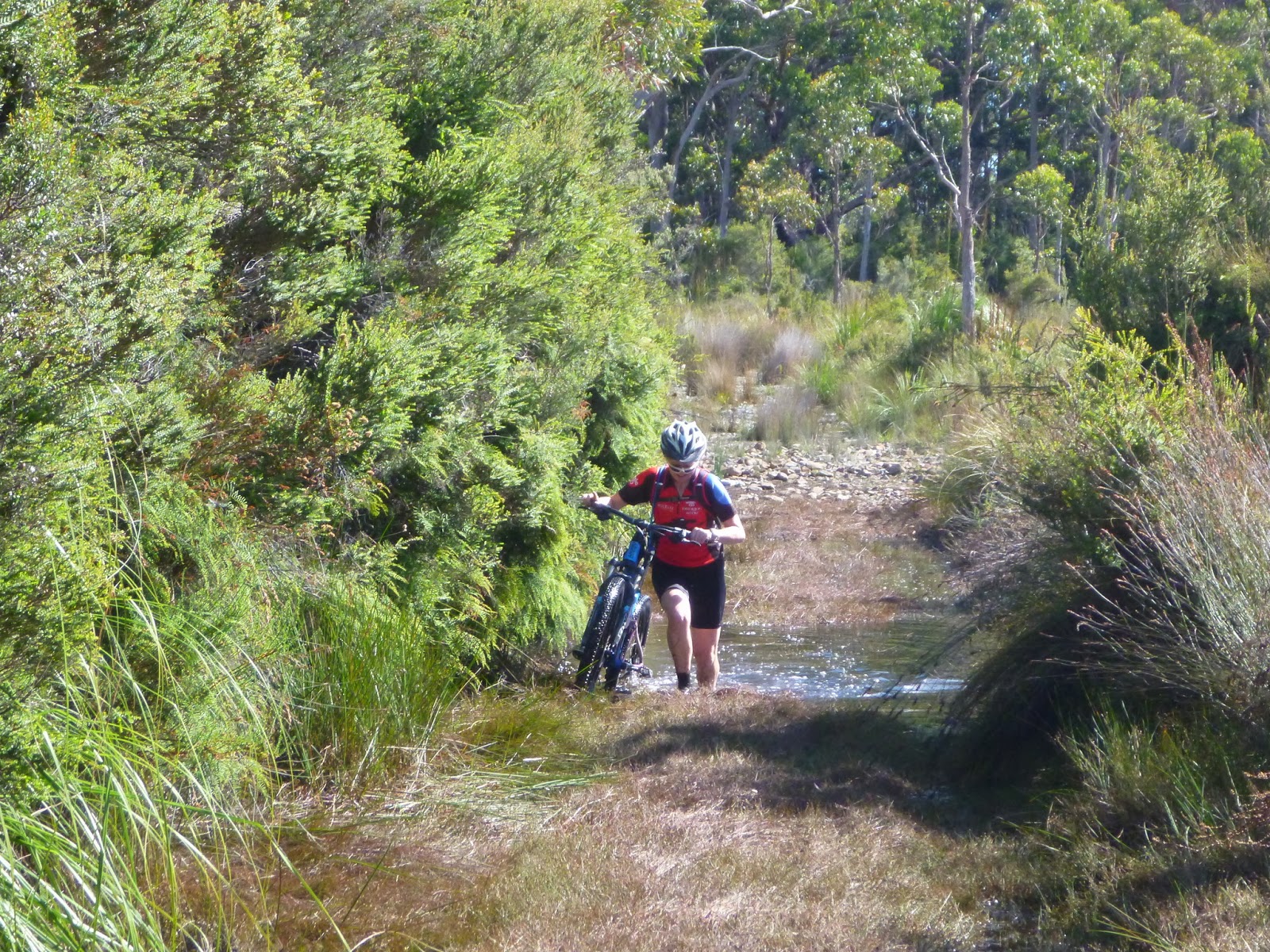 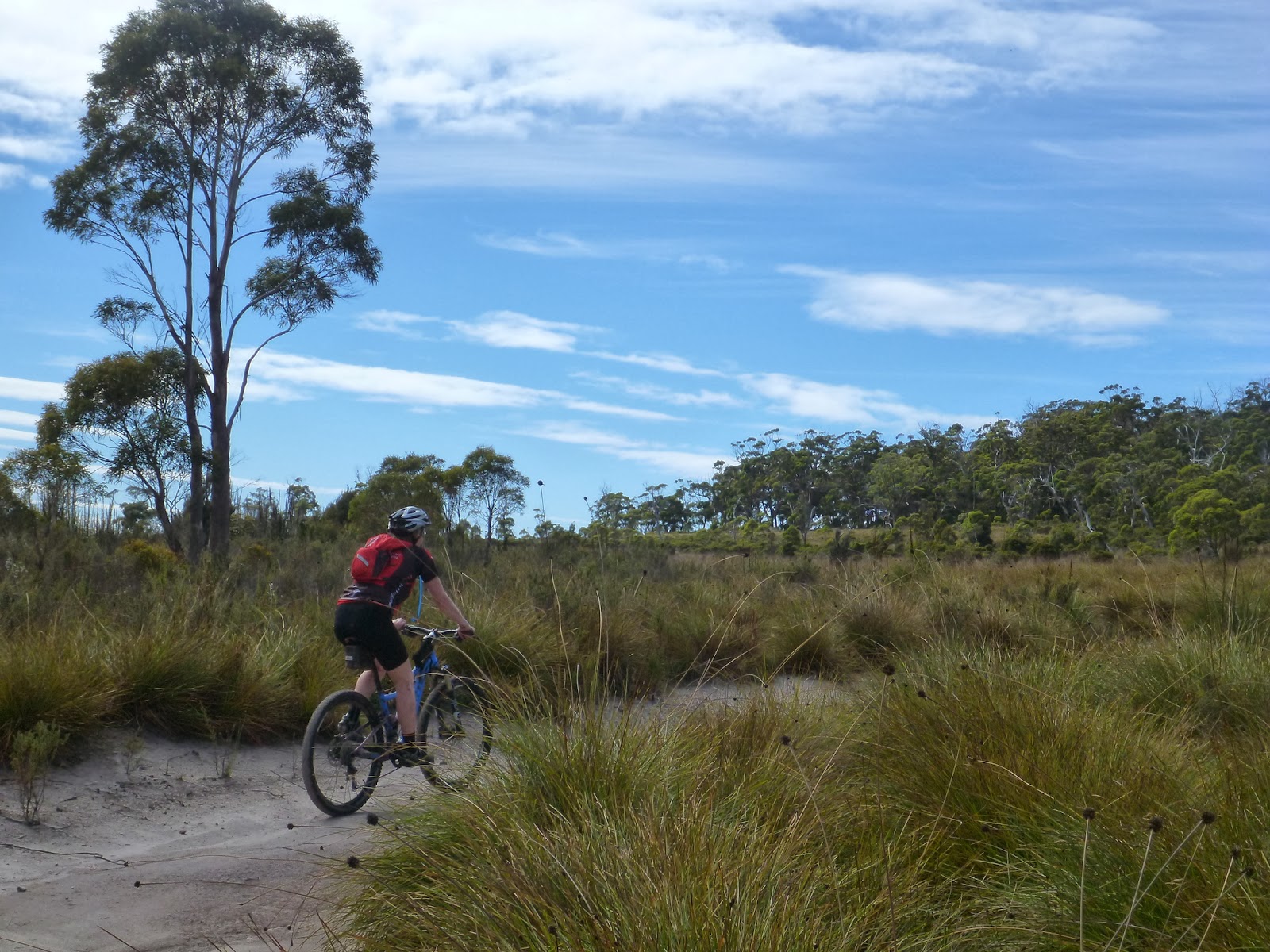 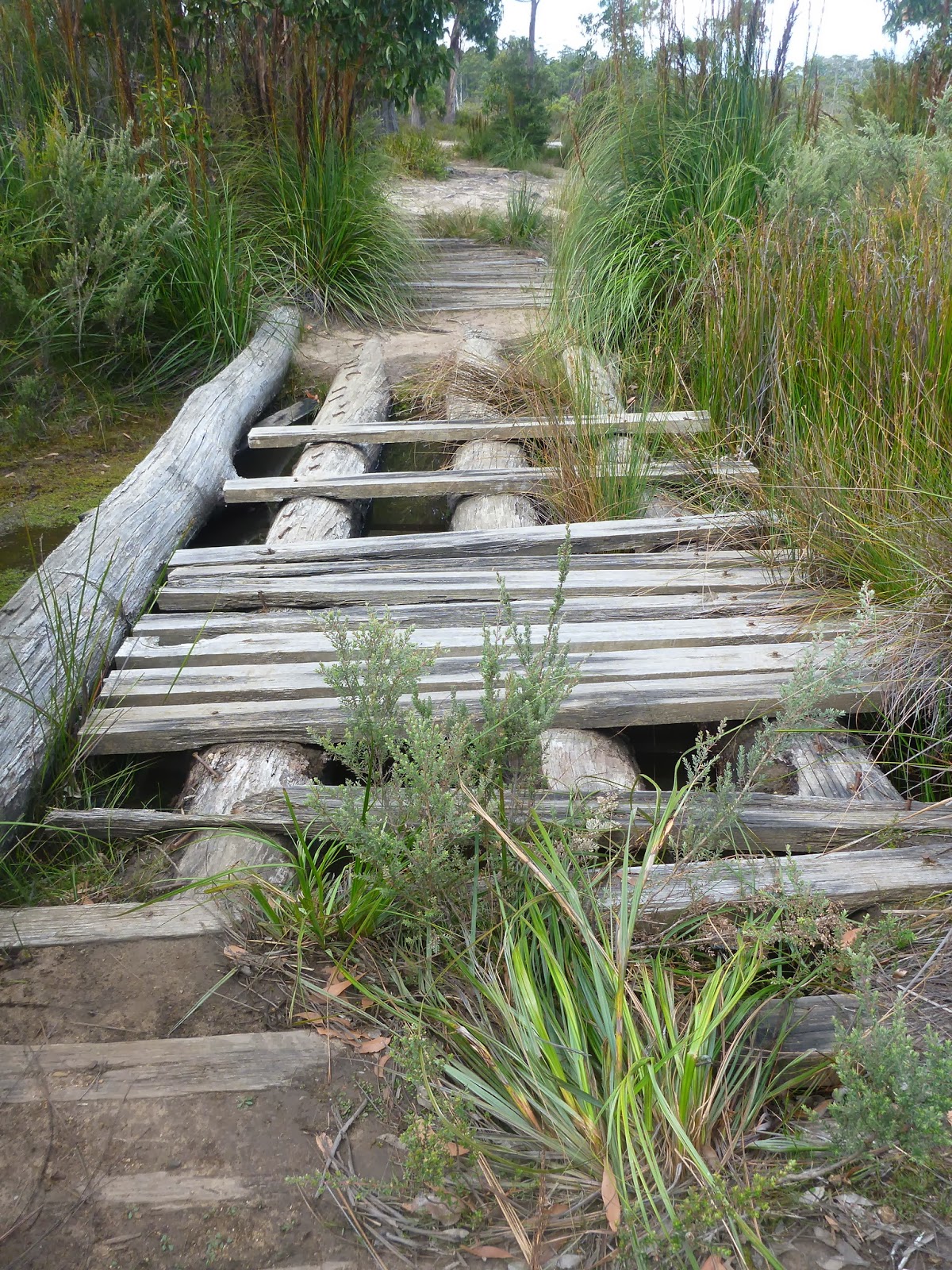 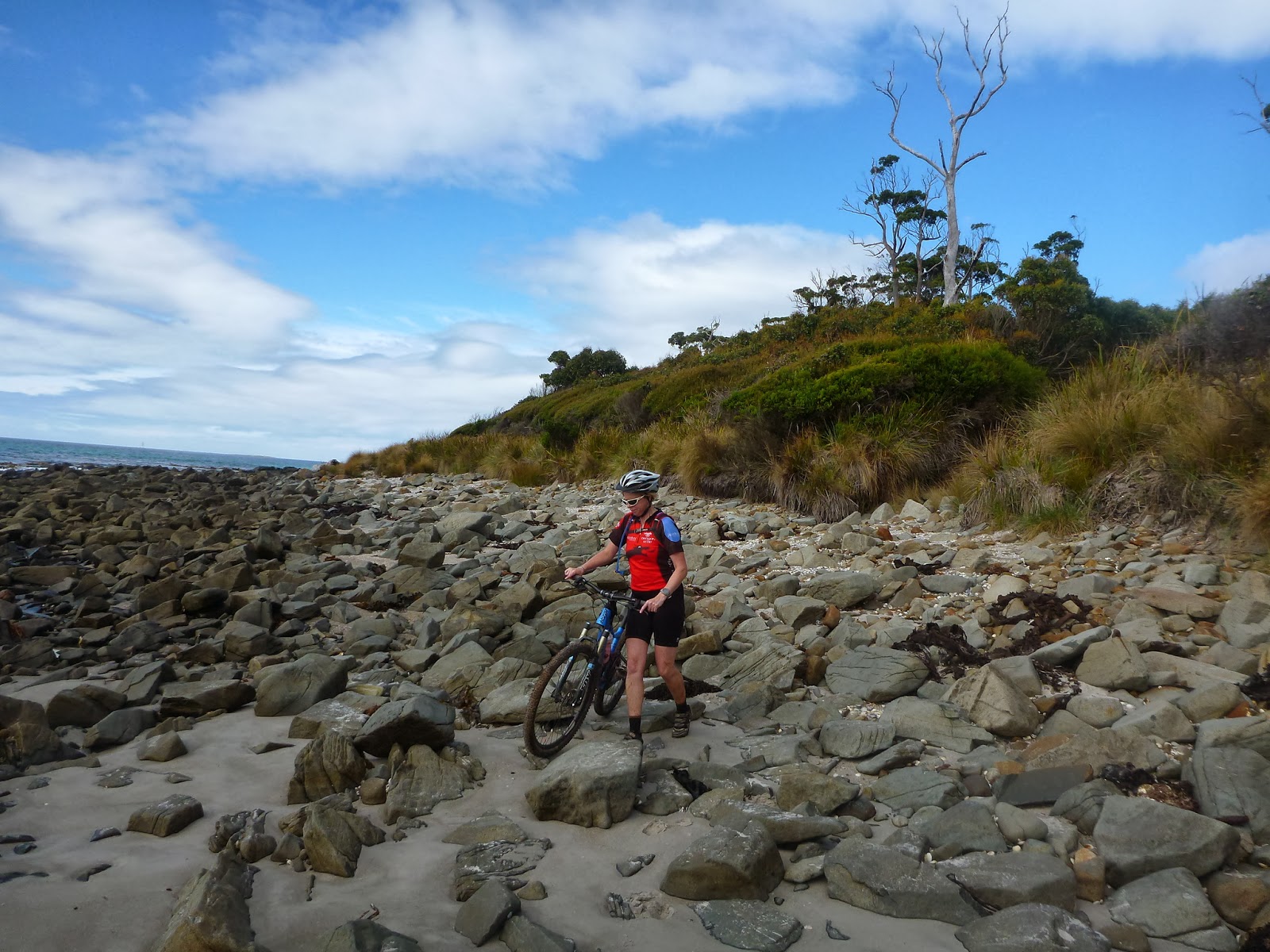 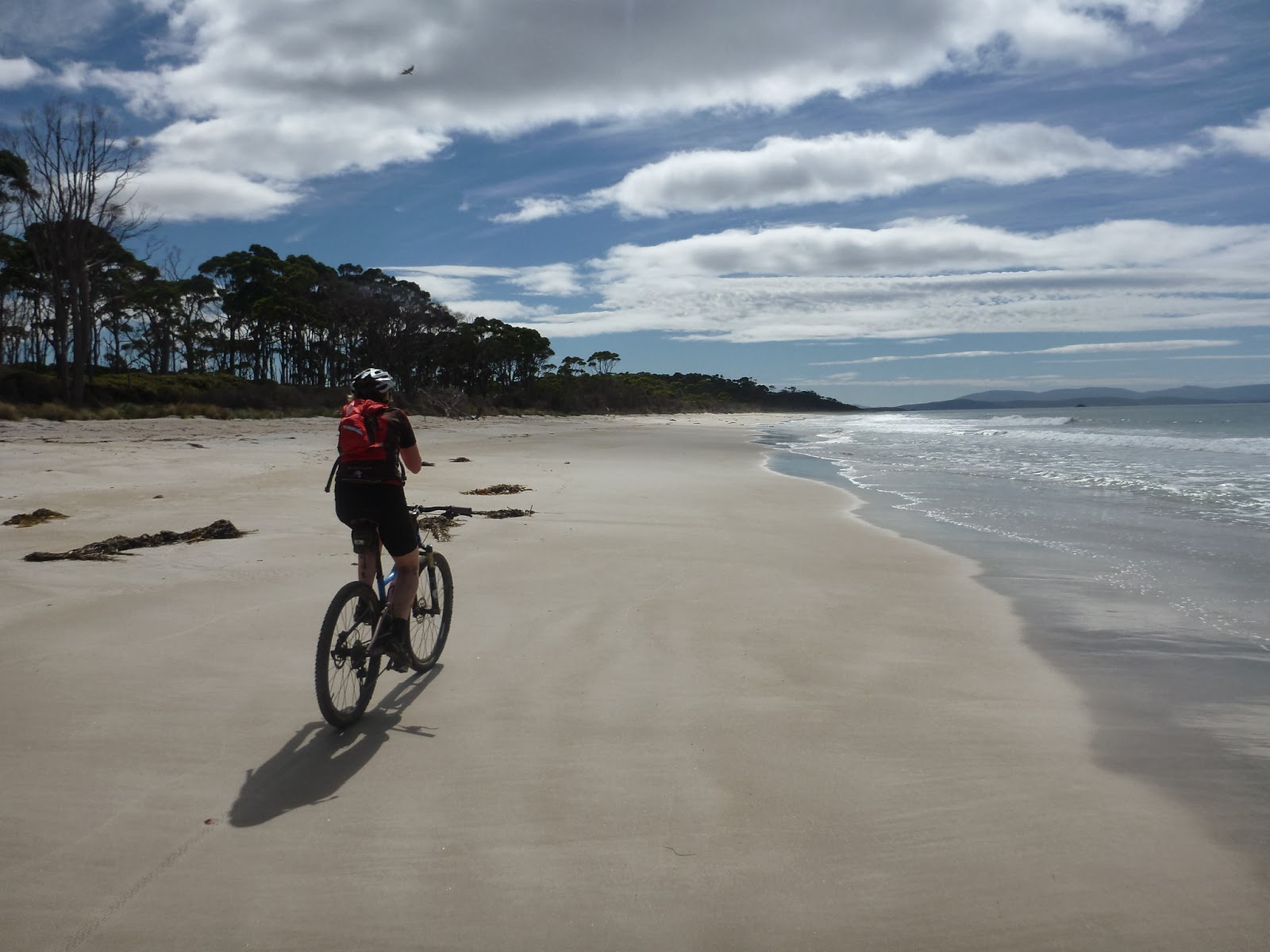 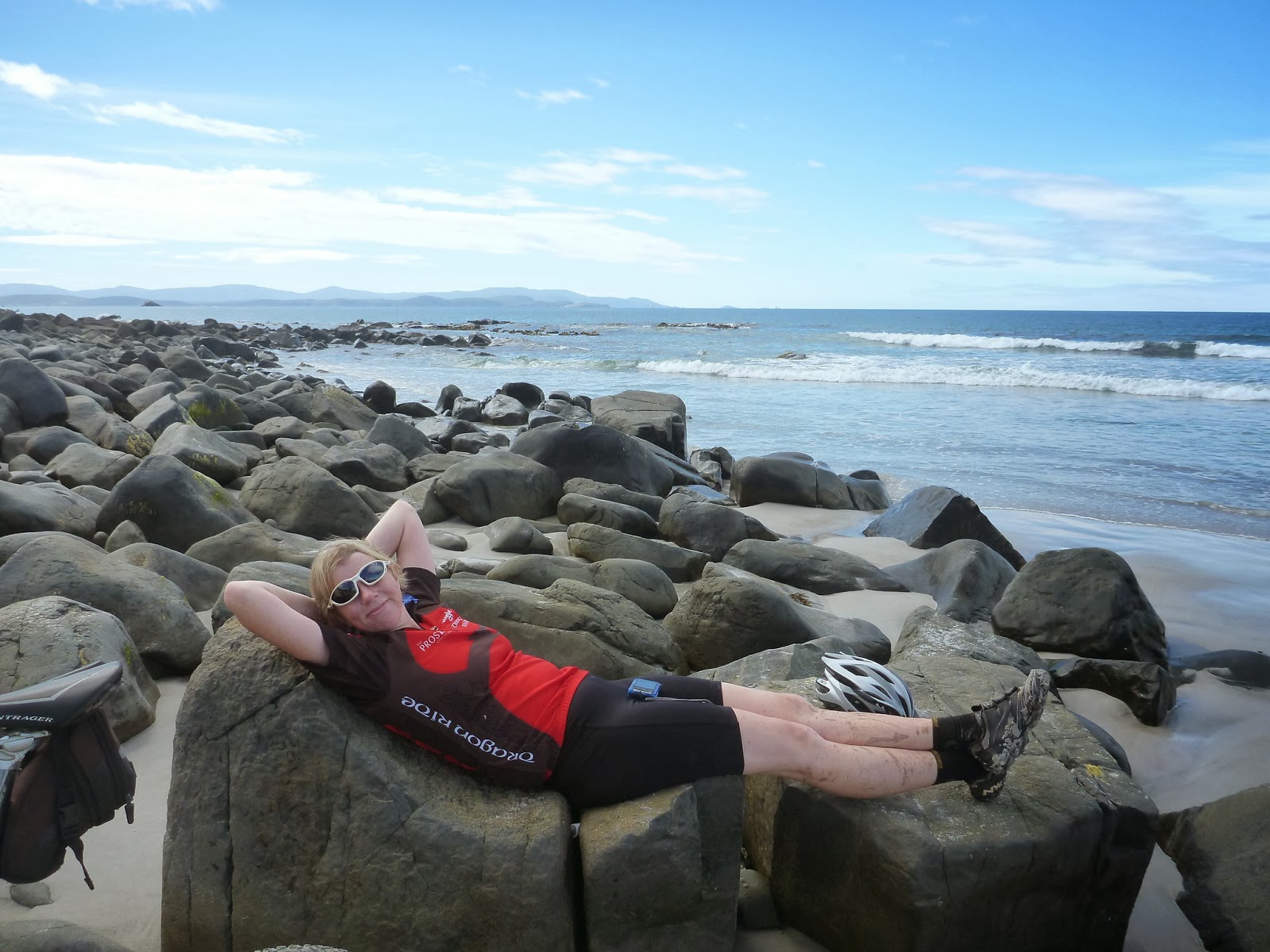 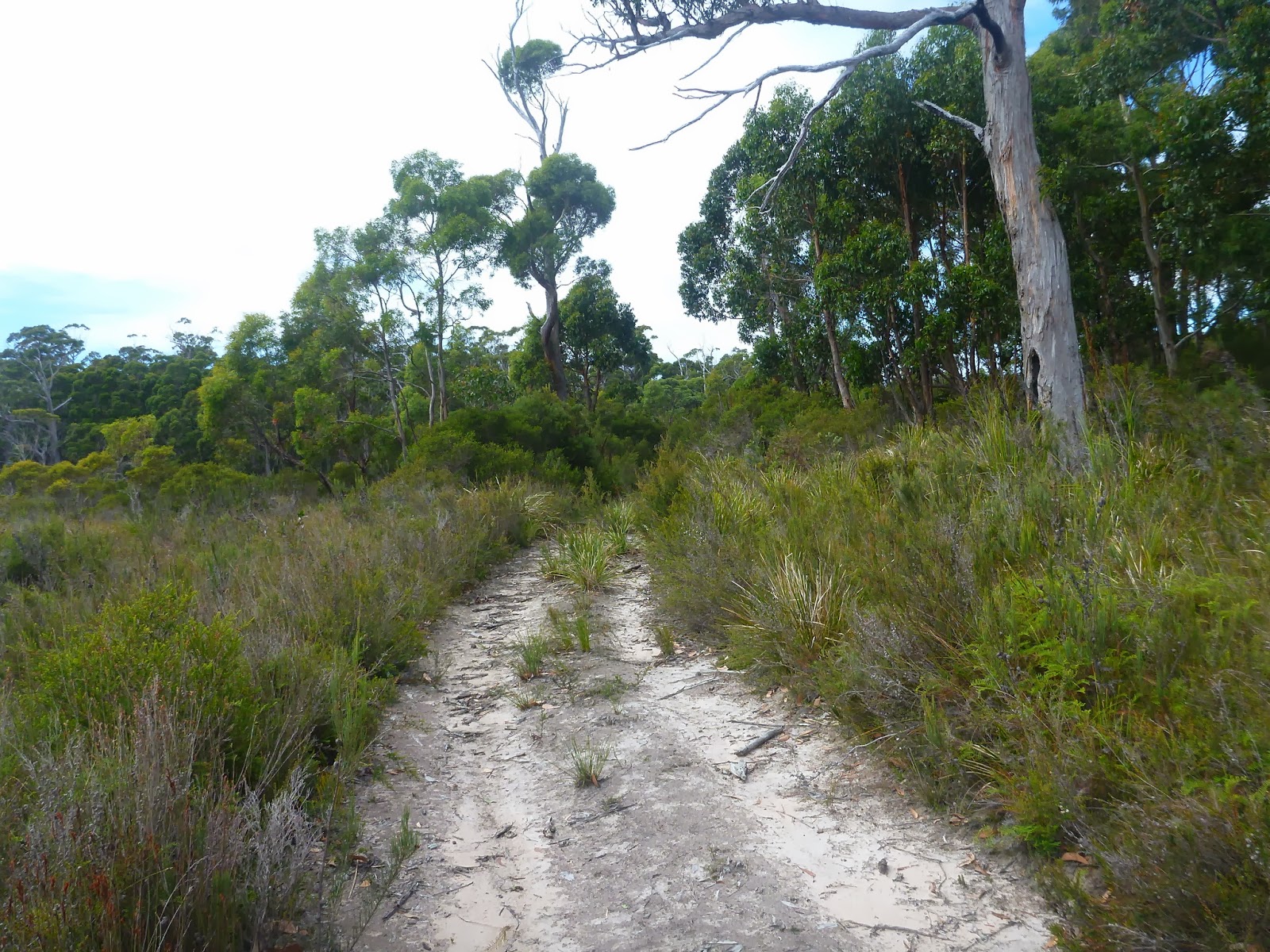 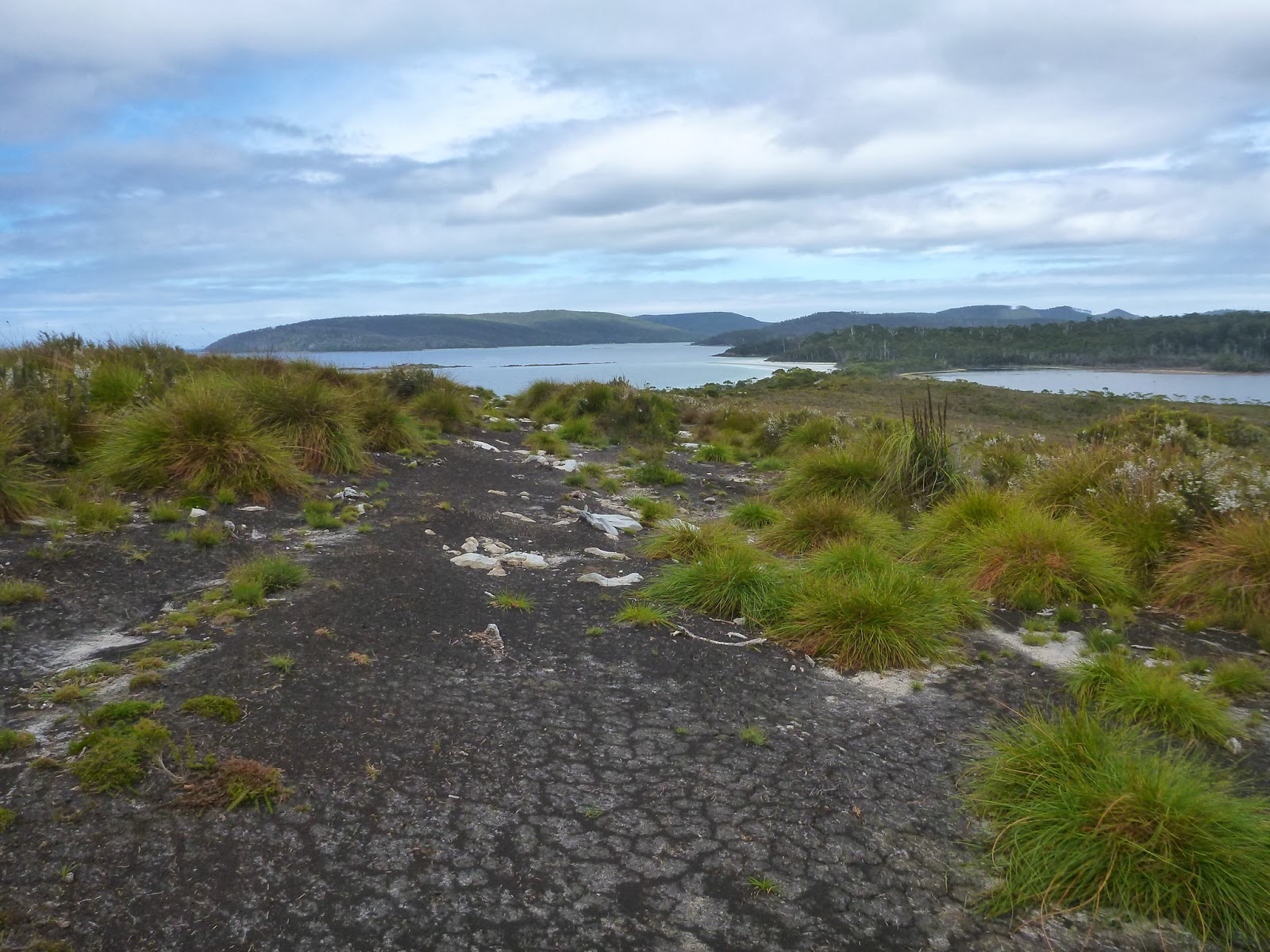 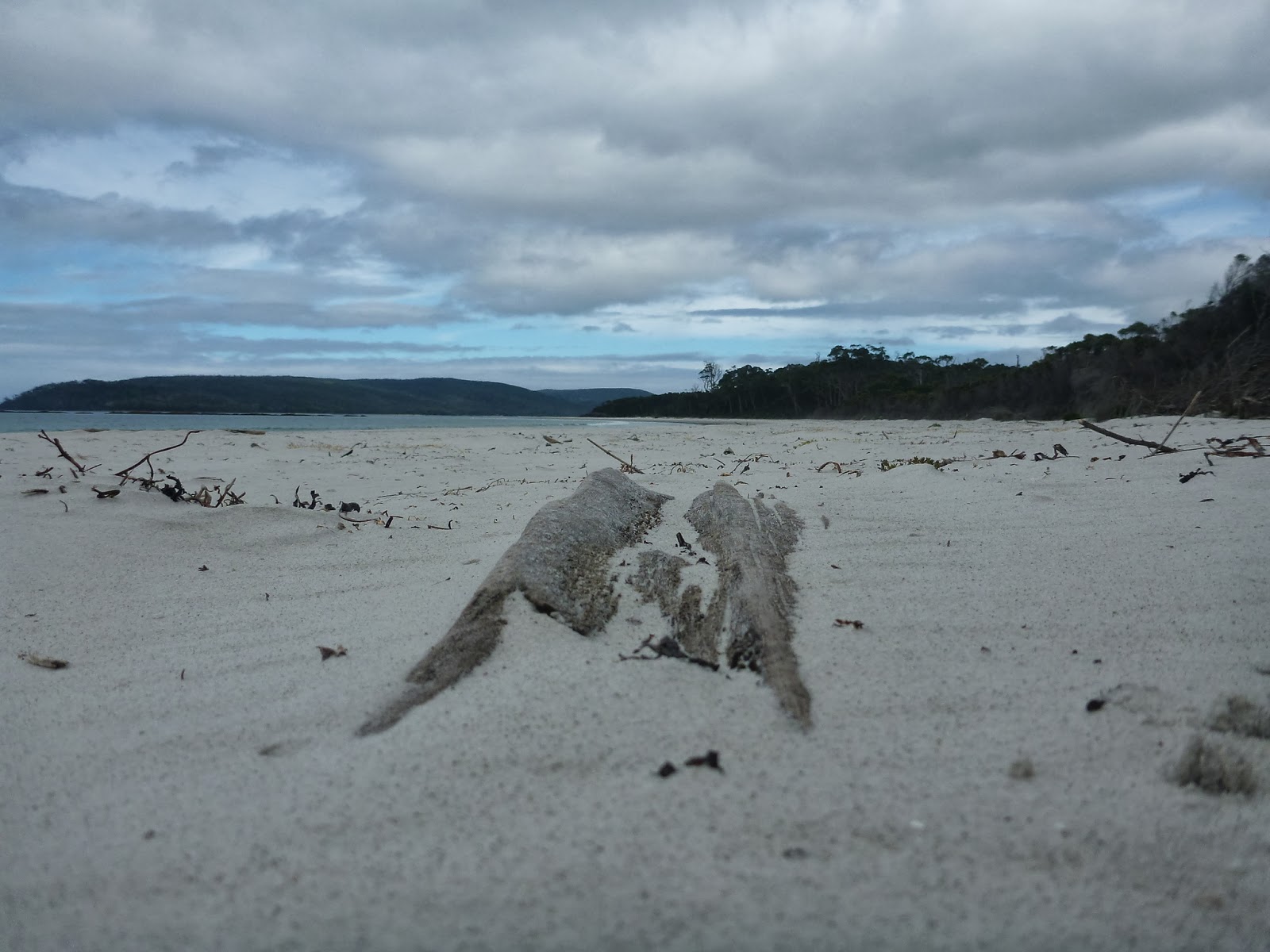 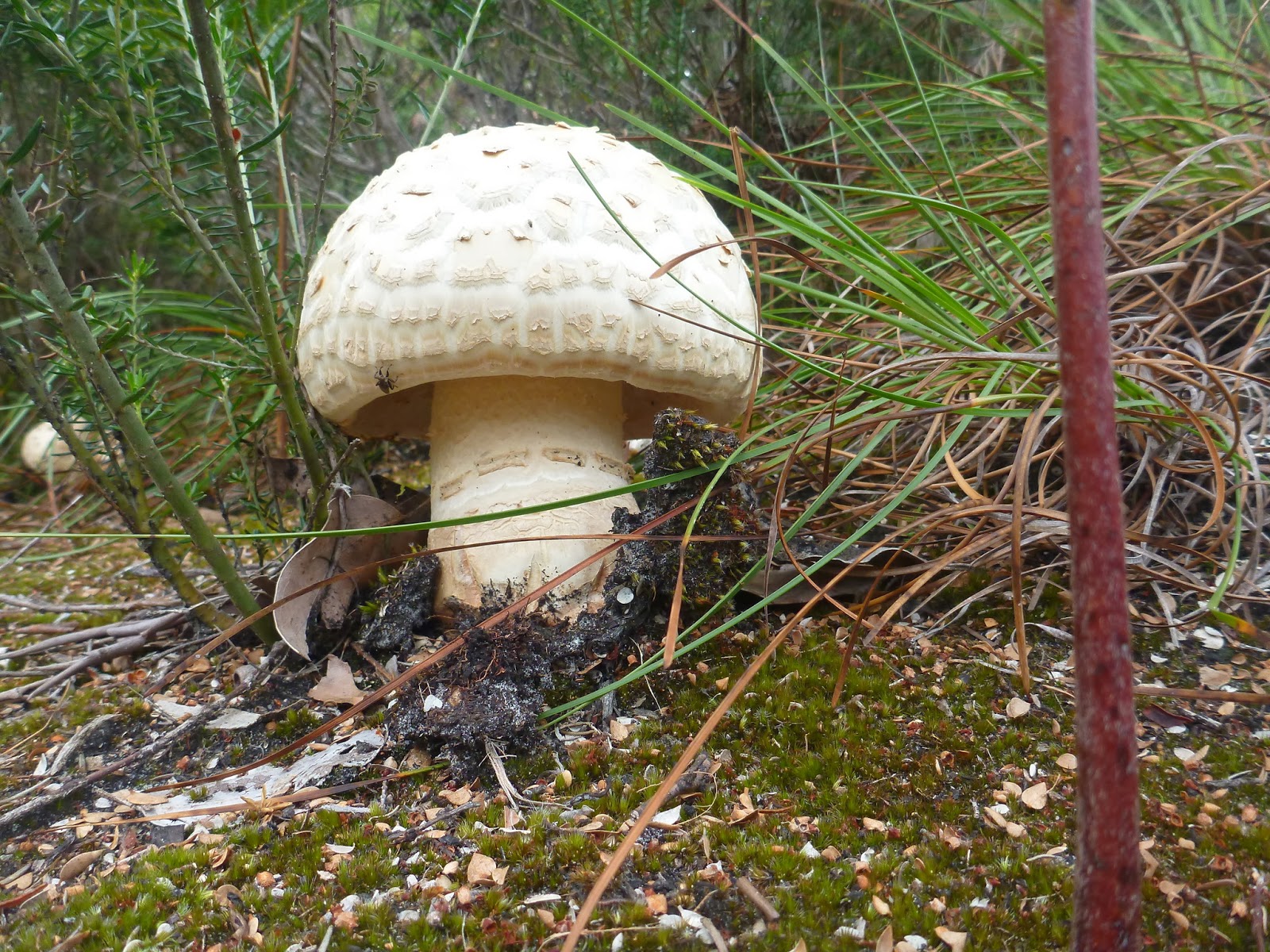 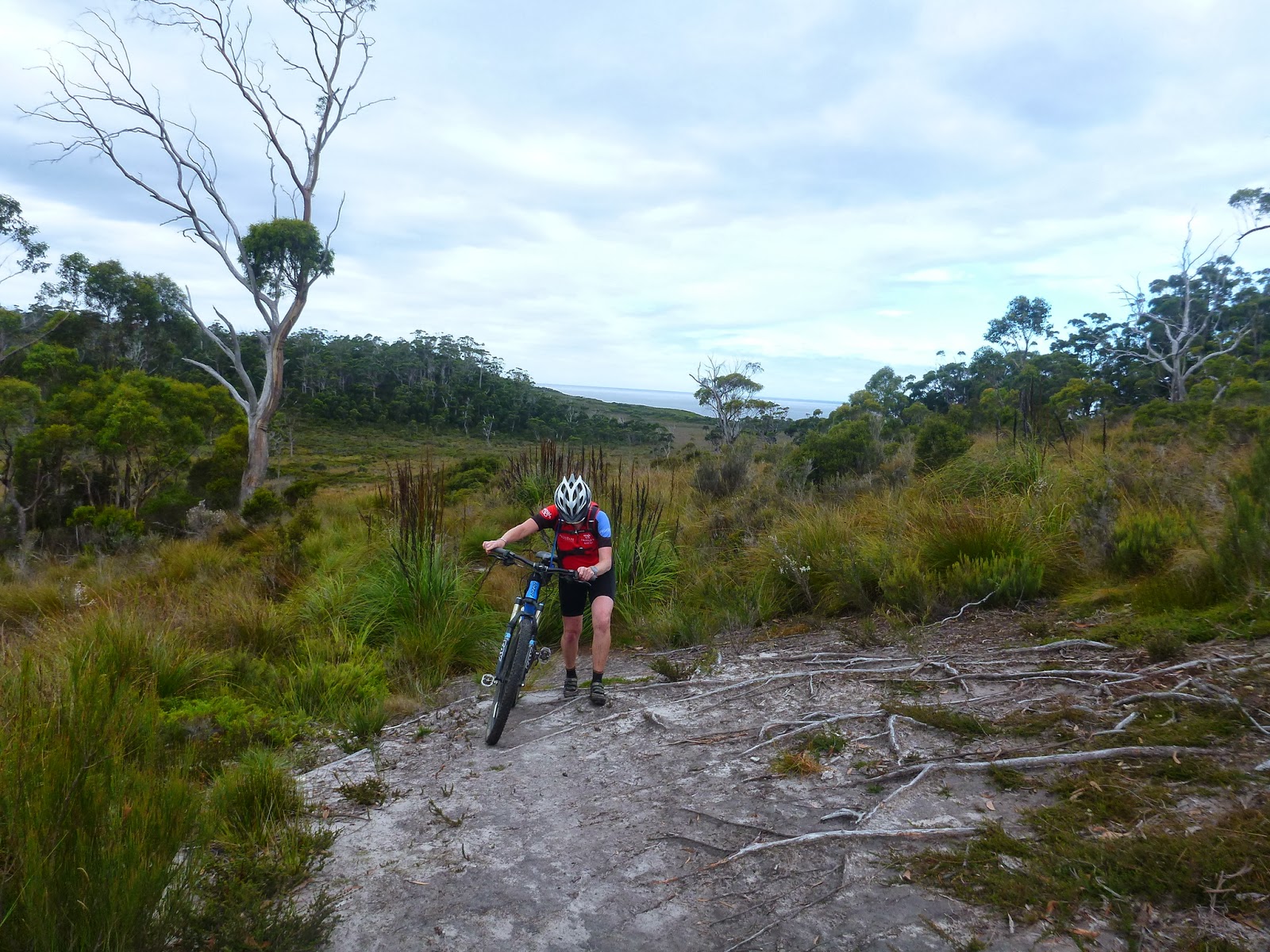 Our route was about 30kms out and back, heading down the Leprena Track, and then out to, and along, Big Lagoon Beach, before retracing our steps a bit and following a very overgrown and scratchy track around to Blackswan Lagoon and Little Lagoon Beach.  We then managed to follow another track most of the way back out to the Leprena Track (only realising later when looking at ListMap that we missed a logging road which could have given us a shortcut out) and then back to the car.

I think these trails are at an interesting point where if they’re left for another five years they’ll probably be so overgrown that they’ll then just eventually return to nature and this is the most likely outcome given P&W budgets and the management plan/purpose for the area.

Which is a little bit unfortunate in my books because now that the trails are well on the way to recovery with 4WD access taken away, they could be refocused into an excellent remote area circuit for mountain bikers and walkers with just a bit of track clearing and re-routing to keep the tracks open.

But I think I dream.