To ride, or not to ride, that is the question … 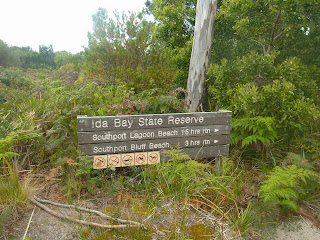 I got back from an excellent little adventure on Saturday, only to sit down in front of my computer to find a rather terse comment waiting for me on this blog about my accidentally crossing private property on an earlier trip up the Old Convict Road.

To be honest it was a bit of a fun spoiler as I usually do a lot of planning on my trips and more to the point … I don’t take criticism very well.

So I did what any normal person would do … I went into a funk, swore to never blog again, and just for good order decided I’d take the tassietrails.org, tscc.org.au and rt.asn.au sites down and just go back to enjoying myself privately.

After wallowing in this self-induced anger fest for a few hours, I then got over it and went back to my life. 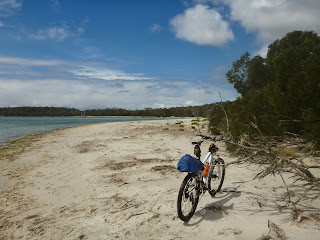 But “Kommandor Keen’s” comments did raise an interesting question, where can we ride in Tasmania?

I’m unabashedly a big fan of law’s such as those in Scotland which enshrine a person’s “right to roam” across both public and private land for recreation purposes (within reason), although personally I think the “right to ramble” has a certain ring to it if any of our politicians want to bring such a law into Tasmania.

In fact they could call it the “Tassie Rambling Bill 2014” if they wanted.

Just saying …  I mean you did hear the idea here first.

Now if this were Strava I’d be clicking on the “kudos” button multiple times for Pete’s trip because he rode down the Ida Bay Railway line, which in my mind rates somewhere between idiotic and awesome (I’ve set off to do it twice myself and turned around both times due to the un-fun factor of riding that rail tack).

Therefore having learnt from my previous attempts at that railway line, but still wanting to ride the trails down the end, I therefore decided to take an alternative route to Deephole Bay …

Yep, as much as I’d like to have tried third time lucky with that railway, I decided the water option was much more my kind of adventuring, and so I launched from Southport and did the short paddle across the Southport Narrows to Elliot Beach (Deephole Bay) cutting out 7kms of thud-thud-thud riding.

And yes, as I drifted across on the tide with a pod of dolphins swimming within metres of me feeding on the incoming tide, I did think of poor Pete riding down that railway … 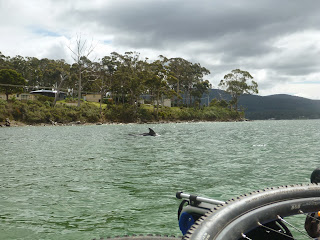 Twenty minutes after launching I was across on the other side,  raft packed up and on my way … I wonder how long it took to ride down the railway line?

Now the grand plan for the day was to cycle down to the mouth of the Southport Lagoon, pack raft across to the other side and then ride out via the Leprena mud-bowl track making a big circuit ride back to Southport.

It was a great plan … but it didn’t happen.

Instead I had a brilliant couple of hours riding the tracks on this side of the lagoon trying to find a way to get near the narrows.  Unfortunately by the time I finally did, the winds and waves were right in my face with no possibility of my getting across there with a bike and a packraft, the combination of which I am still working on.

This is when I should have gone across … 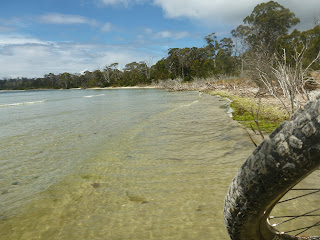 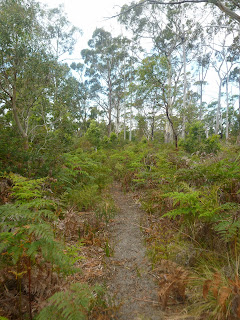 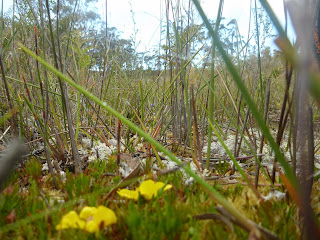 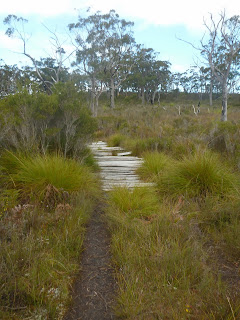 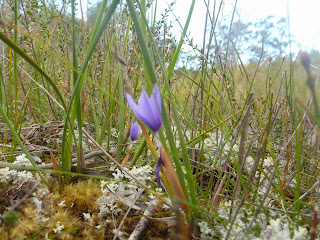 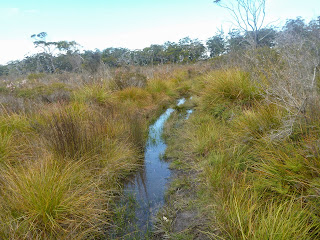 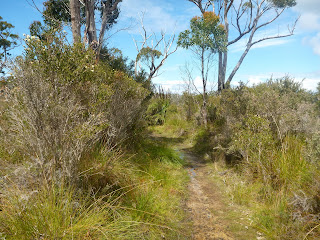 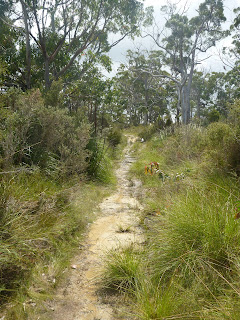 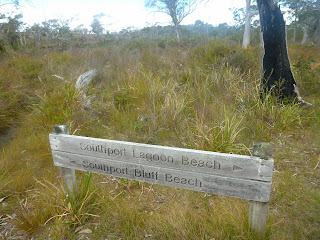 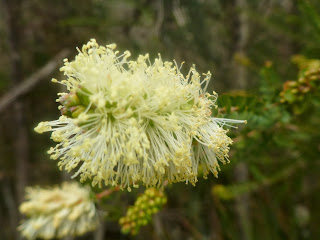 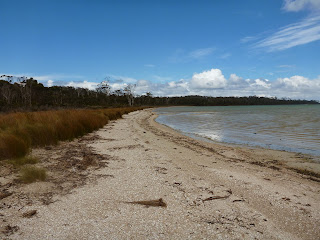 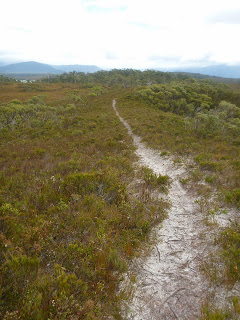 So after retracing my steps back to Deep Hole Lagoon and across the narrows to my car, I then headed home (admittedly via several more detours near the Tahune Airwalk to verify some route noutes I’m putting together for a Glovers Bluff Ride) to discover my well deserved criticism for crossing private land on my blog.

Now the relevance of this criticism is that I’m again not sure if it’s legal to ride where I did.

As shown in the first photo in this post, there is a sign at the beginning of the tracks saying no wood cutting, no shooting, no vehicles, no motorbikes, no dogs and no cats (seriously there was a no cats image) … but nothing about ‘no bicycles’ so on that basis you’d think I might be able to ride there.

Of course, it could just be that nobody thought a cyclist would be dumb enough to get that far so they didn’t think a sign was necessary, but remember they had a no cats sign.

Now I had previously had a discussion with another Park Ranger who had told me that ‘no vehicles’ means no bicycles under the National Parks and Reserves Management Act 2002, but as we discovered as we looked into it further, if you check out the actual regulations under the National Parks and Reserved Land Regulations 2009 (S.R. 2009, No. 169), you’ll see that it actually says that a Vehicle has the same meaning as in the Vehicle and Traffic Act 1999  and under this Act, a vehicle is a ” motor vehicle or trailer”, which (as further defined in the act) doesn’t include a bicycle (unless it has a battery or engine over a certain size assisting it).

Just for the record, I suspect this confusion comes about because under the Road Rules 2009 (which in turn exists under the Traffic Act 1925) a bicycle is defined as a vehicle.  So under some Tasmanian Statues a bicycle is a vehicle (when it’s on a road) and under others it’s not.

Now who could get confused by that?

However, section 21 of the National Parks and Reserves Management Act 2002 does go on to say that the managing authority may designate areas for the riding of bicycles on reserved land and that quite logically a person must not ride a bicycle on any reserved land except on either

(a) a road; or
(b) a designated bicycle-riding area.

So the question is, does the absence of a non-cycling sign make an area designated for cycling?

To try and resolve this I then went to the Management Plan for the reserve … to find myself no further informed.  The Plan only references the tracks I rode as ‘seldom used’ by bushwalkers and Mountain Biking only gets a mention in the plan as one of several growing activities, with no further reference to it’s management (which seems a bit of an oversight).

So next I called the Local Parks office to find what the situation is, and their answer was … they didn’t know.  But their Senior Ranger will be returning next week, and he/she should know and then they’ll call me and I’ll know.

Now ultimately there are three points to this long and rather boring post.

The first point (to Kommandor Keen) is that I do actually spend a lot of time researching my rides .. it’s just terribly boring to right about all that stuff (as I think I’ve amply proven with this post) … so I don’t.

The second point is that I make mistakes (and in the case of the old Convict Road after finding several references to it as a bushwalking trail on local tourism websites and being told by several locals that they’ve been up there and it’s a lovely walk … I assumed it was OK to go up there).  Get over it.

But the third and most important point, is that it doesn’t matter anyway, because what I did find out when reading through the Road Rules 2009, is that I have in fact been riding illegally every day of my life in Tasmania (well at least since 2009) …

A person must not ride a bicycle that does not have –

(a) at least one effective brake; and
(b) a bell, horn, or similar warning device, in working order.

And I don’t pass muster on the bell, horn or similar warning device (unless a Penguin Suit counts), so to you Kommandor Keen I say that you’ve got me.

Now excuse me while I go riding anyway.