Phil Clegg was supposed to be in Tasmania this weekend to run a series of sea kayaking training sessions for our club, and despite putting the benefit of the club ahead of myself (as you would expect), I had ‘somehow’ managed to get into three of the eight sessions on offer when there was a two session cap imposed on people.

Which I suspect is the real reason that Phil got as far as Abu Dhabi and then turned around and flew back to England (true story) leaving us all without a coach.

Fortunately, several of our more experienced club members stepped into the gap and on Saturday Afternoon I found myself out at Cremorne ($195 richer thanks to the refund we all got from Phil not showing up) ready to go out and do some rough water paddling practice. 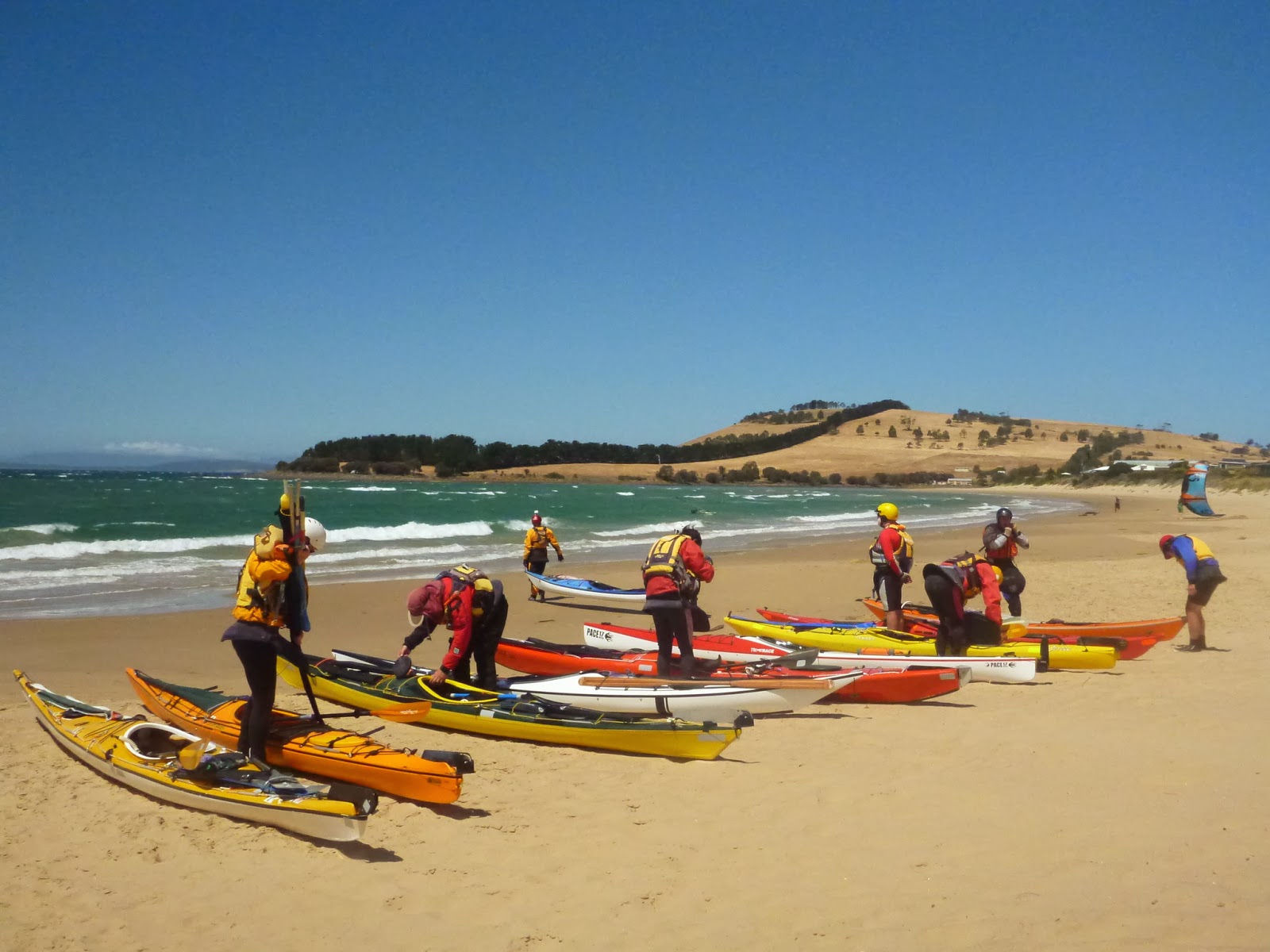 Although flat and calm back in Hobart the kayaking gods were being nice to us at Cremorne giving us some nice strong winds and fun 1 to 1.5 metre waves to play in. 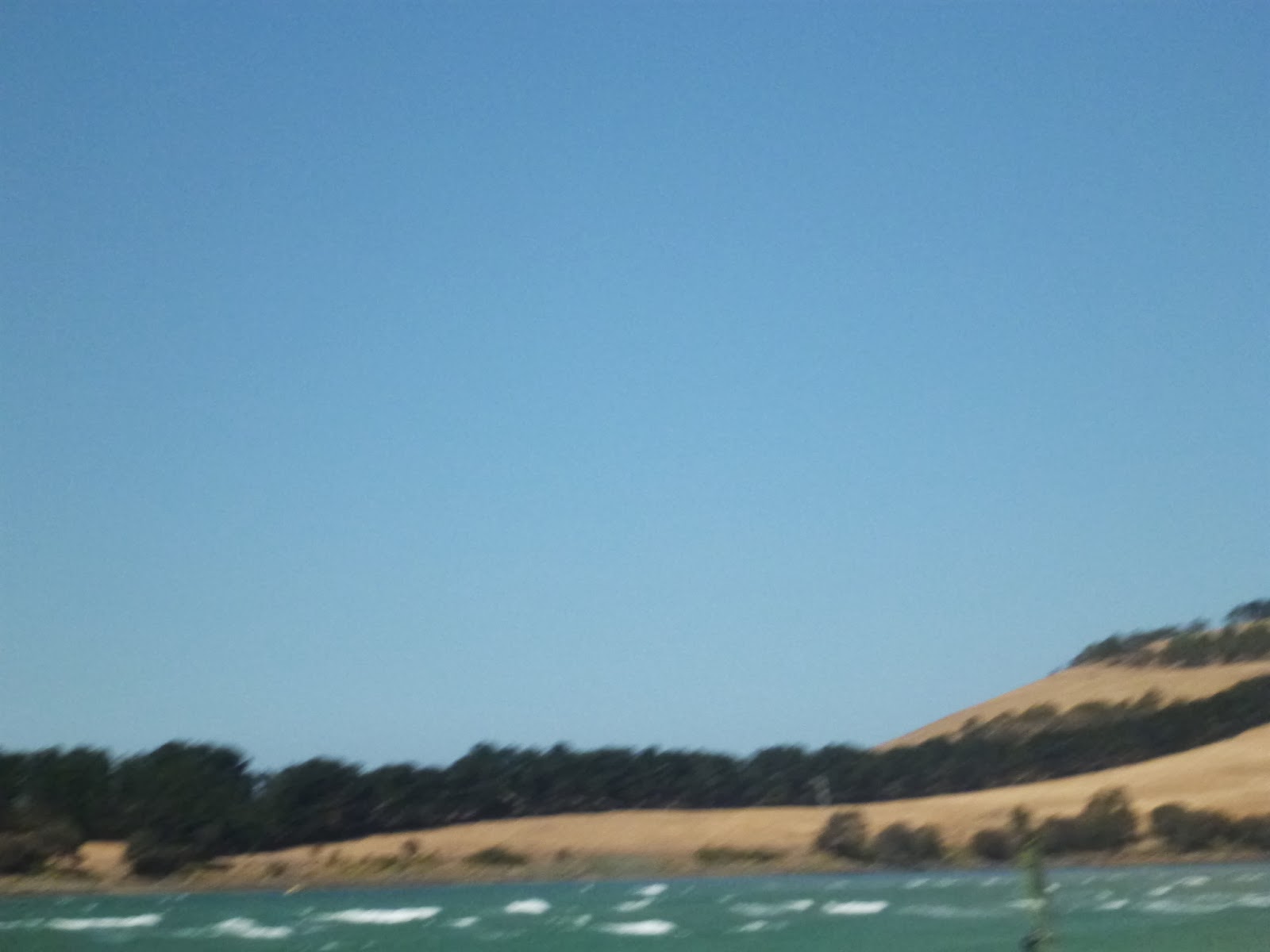 We split up into groups of three or four, and the group I was in started off by practicing our surf launches and landings.

Tony Gaiswinkler was leading our small group and he taught Jen and I a really cool trick where you tip your boat on its side on the beach (whilst still in it), lean back and spin it around one hundred and eighty degrees so you are facing back out into the surf, and then take off again.  This is a surprisingly useful trick for those times you go to launch and get turned sideways on the beach before you can get out.

We did 6 or 7 runs at the beach, and I had one small capsize which I was easily able to roll back up from (this was in fact my first ever ‘real’ capsize and roll in my life which made me inordinately pleased with myself).

Next we headed off shore a bit to practice some rescues, which is where this story gets a bit interesting.

I volunteered to go into the water first, and so I capsized and wet exited, coming up holding onto my boat with my paddle in hand.

Everything was going by the book as Tony came up alongside me, got me to move to the back of my kayak while he emptied out the water using his boat as a lever point and then I started to move my way forward so I could climb back in while he braced the boat.

Which is when I caught my  broken fingernail (you might remember it from day 4 of wildside) on something around the cockpit, and the pain that lanced up my arm just made me let go for the briefest of moments.

But that was all that it took.

In that one short moment the boat caught a wave and moved a metre away from me, and despite my efforts to get back to it … it just kept getting further away.

Now I want to be *really* clear here that I wasn’t in the slightest bit of ‘real’ trouble.  Yes I was in strong seas and separated from my kayak, but I was also less than 100 metres off shore, there was a strong onshore wind moving me towards shore, I had ten other very experienced kayakers, plus other watercraft, nearby, There were more UHF radios, phones and epirbs near me than you’d find in the average electronics store, I was wearing a PFD, the water was toasty warm … and I could think of ten different ways of getting to shore or back to my boat if the need arised.

The reason I’m telling this story is because I learnt a huge amount from the next five minutes and I want to encourage others to think about doing what I did … getting into a little bit of trouble (in a controlled situation) so that if and when you  really do get into trouble you’ve already been there and know how to deal with it better.

Here’s what happened from my perspective …

Firstly after realising that I wasn’t going to be able to swim back to my boat and catch Tony, I tried the trick of using the paddle to actually paddle myself towards the boat (if you haven’t tried this, it is a very quick way of moving yourself through the water – you just lie on your front and use the paddle to paddle forwards like you were sitting in a boat).

Jen had managed to get to me by this stage, so I grabbed onto her boat as she tried to tow me across to Tony, but as we agreed when we got back to shore … all I did was stop her going anywhere.  I was just too heavy to drag.
Tony meanwhile had moved my boat around to his leeward side and figured out a clever method of pushing the boat towards me, and then quickly paddling after it, catching back up and repeating.  Using this method he got it back to me pretty quickly, at which point I was able to get half in my boat (with Tony’s help), untangle and hand my tow rope to Jen, get enough of the water out of my boat to make it stable(ish) and then (buddied up with Allan Lee to keep me company in case I capsized given I had a boat half full of water and Jen and Tony were still supporting each other whilst winding in my tow rope) tentatively make my way back into shore through the surf zone to properly empty my boat, and do some emergency repairs to my finger … It was a fun little incident and taught (or reinforced) a few things I had not really given much weight to in terms of boat safety:
So anyway, I really enjoyed experiencing what I did today and as strange as this sounds, my advice is to go out and get yourself in a bit of trouble and make sure you can get out of it again.
Lessons learned can save lives as can taking up the many training opportunities offered by the club. 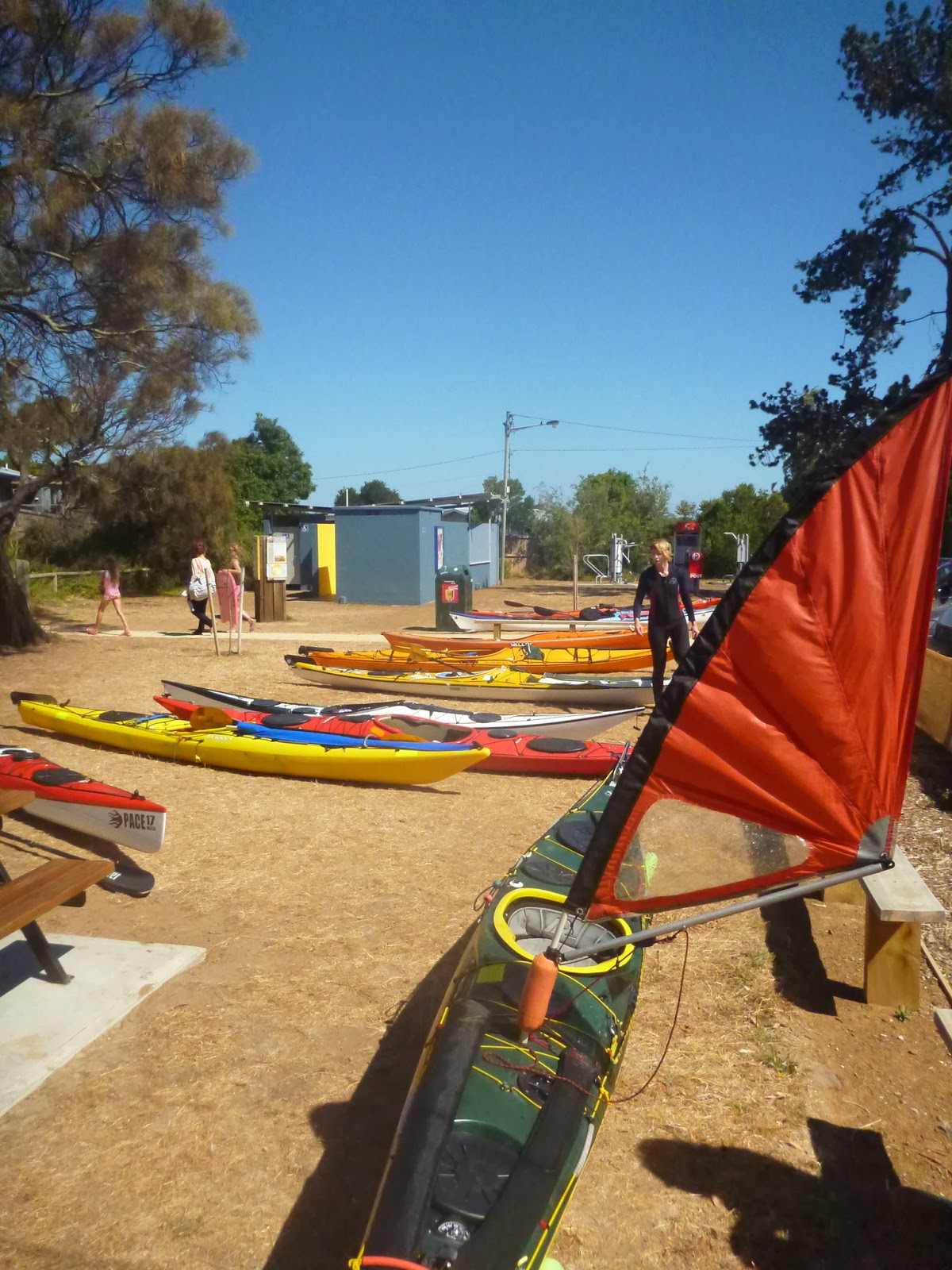