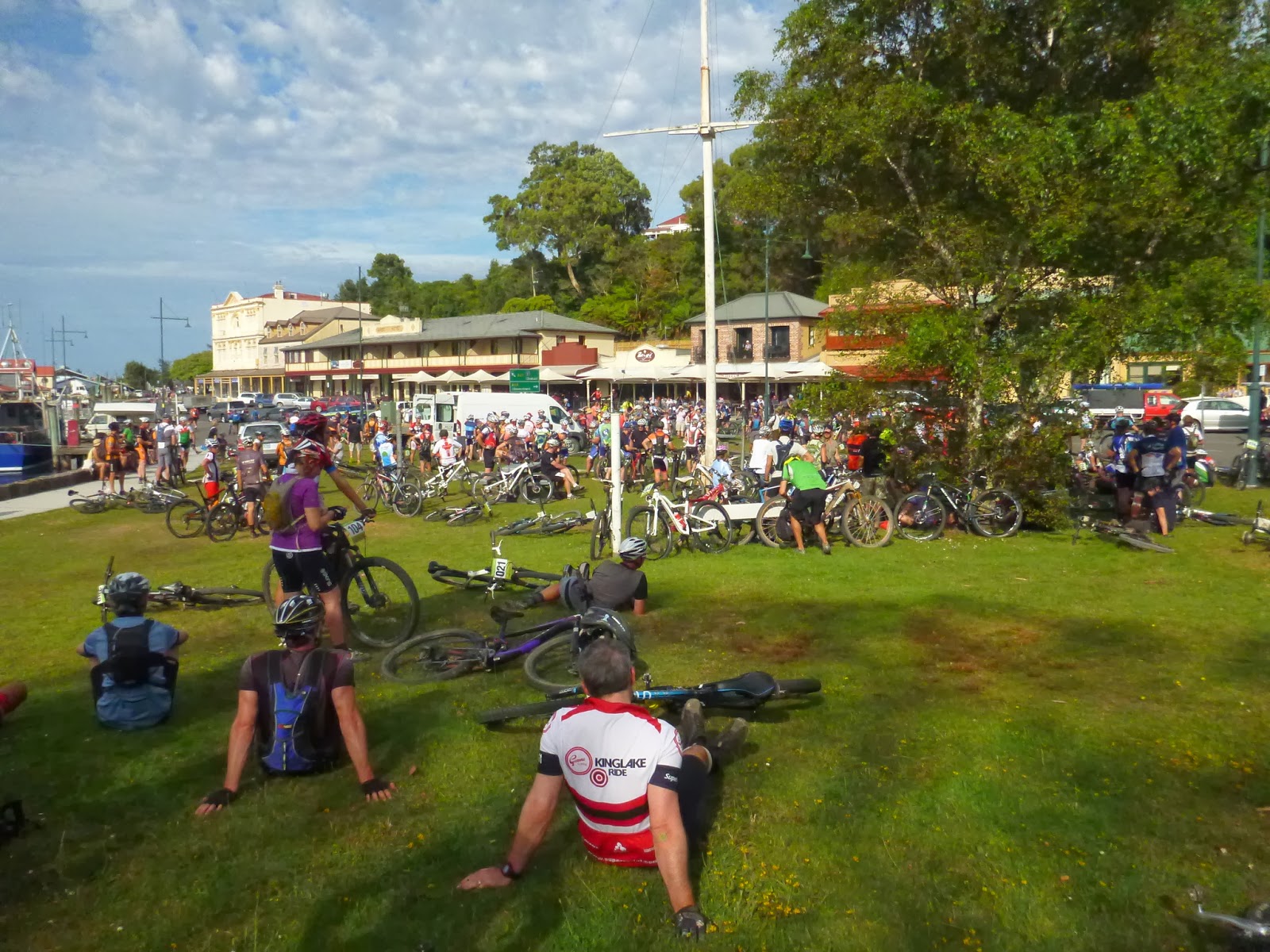 As I cycled towards the start line, I was already thinking I had as good as made it through Wildside this year .. Yep, a quick jaunt down the beach and back around the heads and I could call myself a Wildside 2014 veteran. 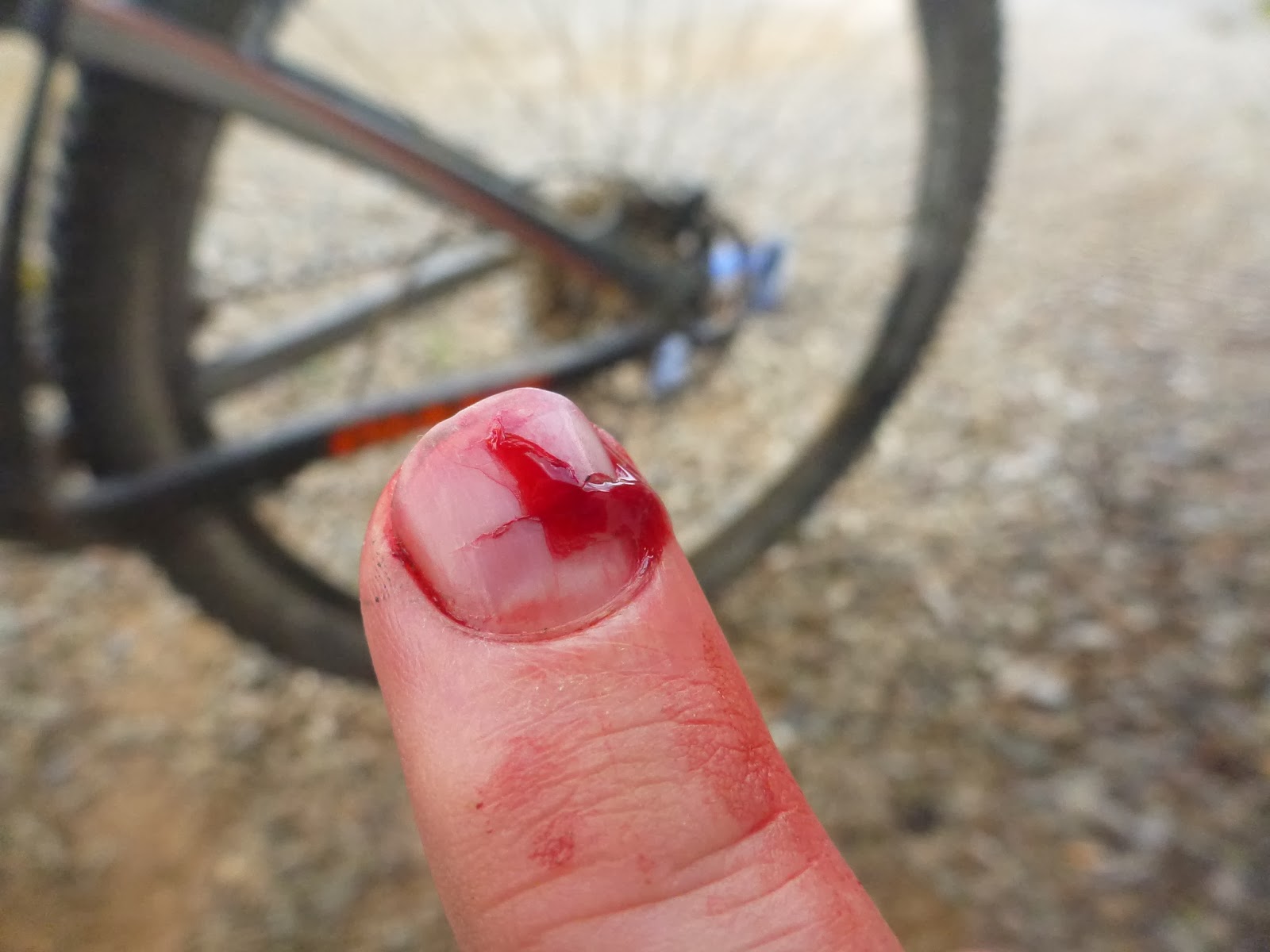 Yea, anyone who has been wondering why these posts are taking so long to come out … you try typing with a crushed finger nail that has done a full rotation around the front drive chain between the chain and cog.

It’s one of those hurty hurt moments. 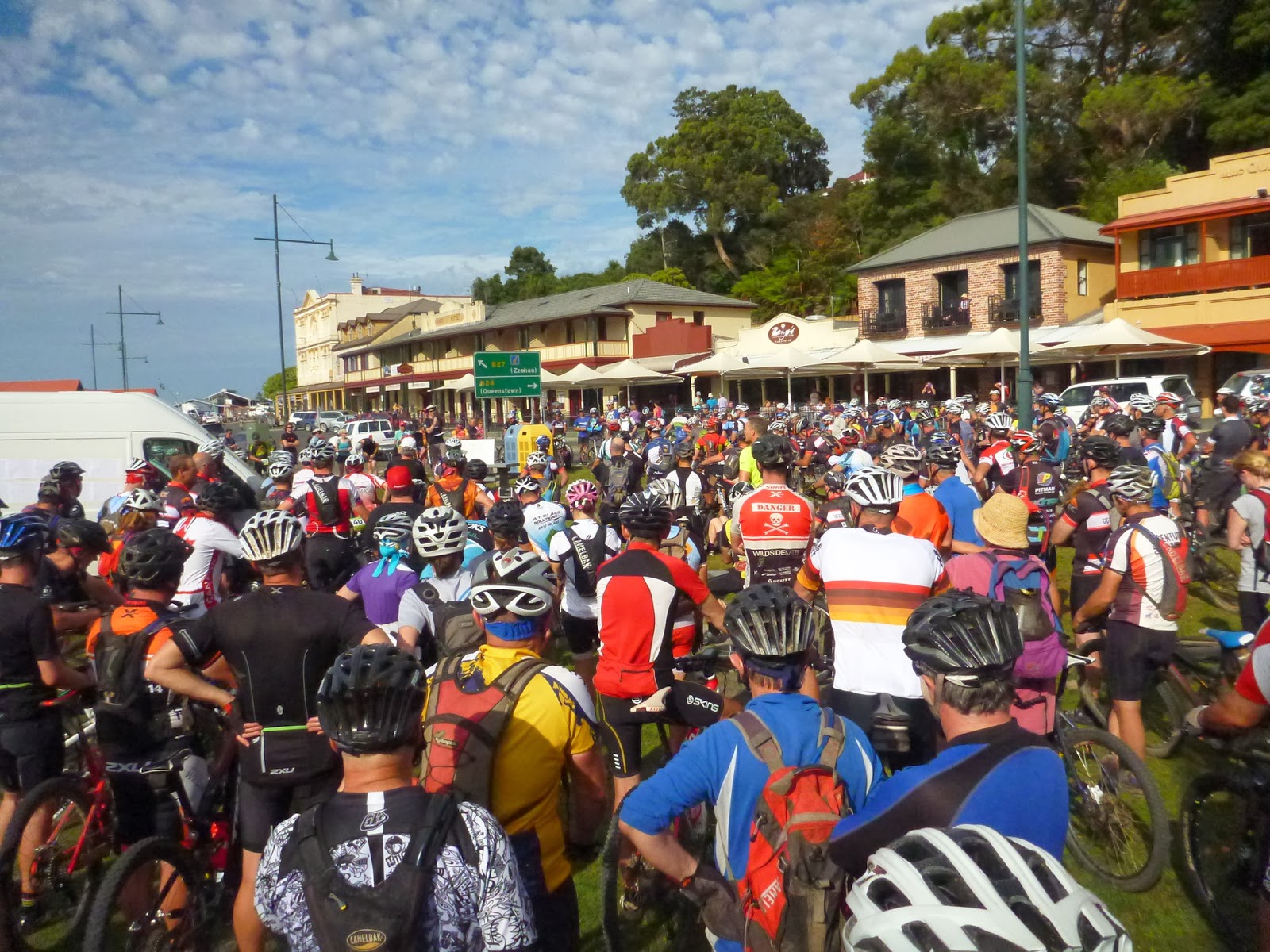 After a long wait to get to the start line, we were finally off and after the mandatory cruise to the real start line it was time to finish this event strongly, and so I jumped on whatever wheel I could find in front of me and managed to keep with the front half of the pack as we headed down to the beach.

But then we hit the soft sand coming out onto the beach, and everyone was off their bike and running, so I got off my bike and started running … and then I was coughing and spluttering and gasping and everyone was going past me … again.

Once onto the beach, I figured I’d be able to catch my breath, and then turn over a big gear and catch up to the people in front of me … but that’s not what happened.  Instead they just kept getting further and further away, and all those people behind me … they just started going past me.  I just couldn’t seem to get enough speed out of my bike. 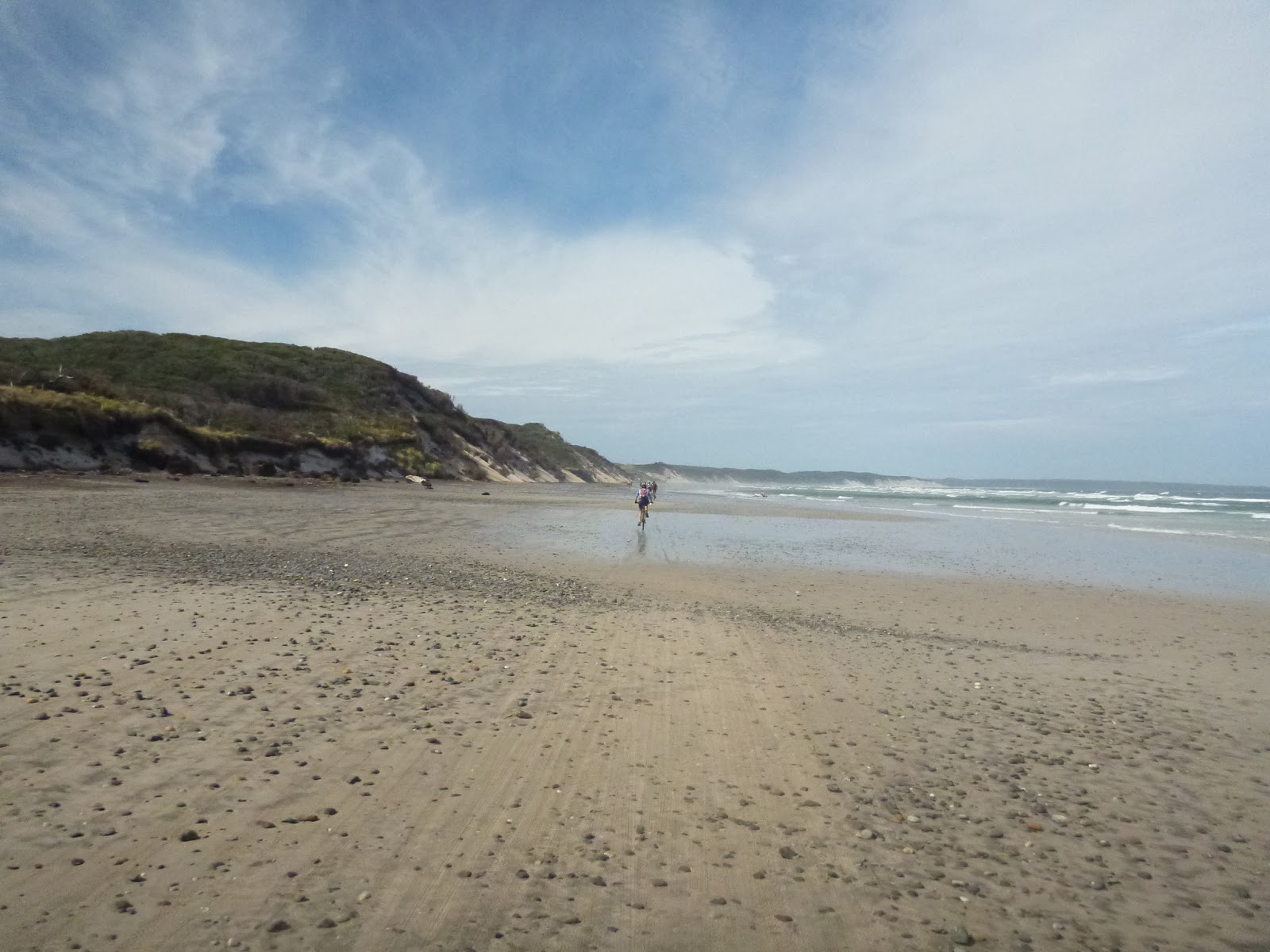 It wasn’t a happy moment.

However, even travelling at my slow pace, it still didn’t take long to get down to Hell’s Gates and then it was time to turn around to follow the gravel road and forestry trails back to Strahan.

Why had no one mentioned the sand dunes on the way back?

I mean the headwind I was expecting, but those sand dunes … they hurt.  I did get one moment of pleasure  when I passed a guy sitting on the side of the trail trying to fix a puncture.  He had just used his last gas canister and I was able  to toss him one of my canisters paying forward a favor from two cyclists back in 2012 at the Wombat 100 who saved me when my racing prospects were similarly bleak.

Thanks for that Cycling Gods.

Then after one last battle into a strong heawind, and a tricky little beach section where I not only nearly missed the on ramp … I also almost missed the off ramp … I was finished. 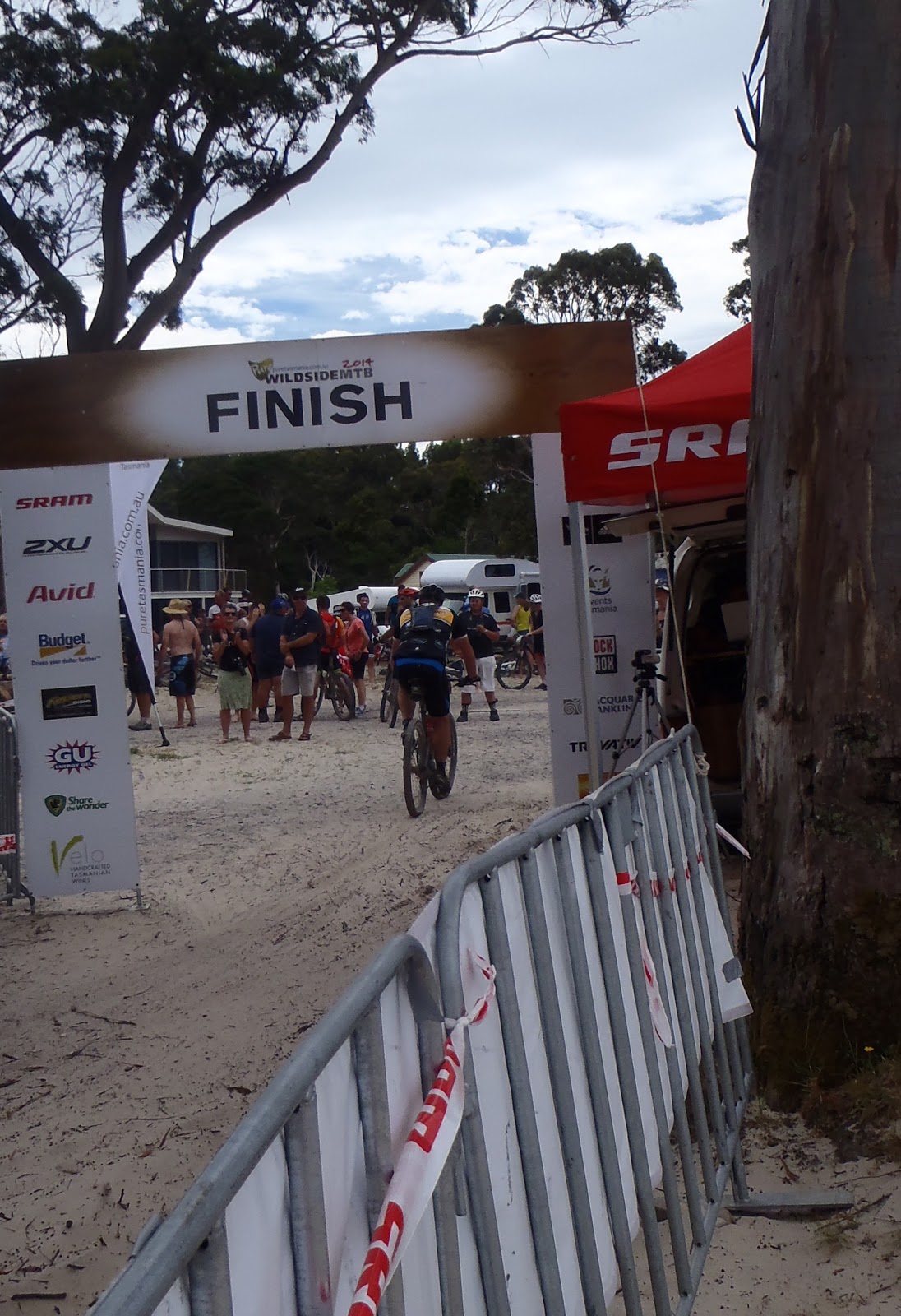 Finished in every way.

Unfortunately my support crew (after another morning at Henty Dunes) were too busy swimming to notice my late arrival.  🙁

AMENDMENT – It has been pointed out to me that I missed the fact that it was one of my support crew who took this photo, and that Markus Monster was there cheering me over the line and grabbed my bike when I finished, so I stand corrected.

Like many other cyclists that day, we left the event heading to Hobart but got stopped in Queenstown by a fire around Lake Burbury and we had to go home the long way via Cradle Mountain – Sheffield – Elizabeth Town – Campbell Town and then finally Hobart.

It was a seven hour drive all up, made longer by having to go and drop Kim and the Monsters home at Carlton before driving home myself.

What I think is most amazing though is the volume of food we managed to consume on the drive home.  If my recollection is correct we consumed:

And that’s how you keep two monsters, one awesome girlfriend, and a tired and sore rider happy and awake on a seven hour drive.
I was just glad I didn’t have to be there when the monsters came down from their sugar high.
That’s Wildside – done and dusted.