I had a bad night last night, really struggling to breathe all night.

Even Kim commented on it, though when I rocked up to the start in Zeehan the next morning and tried to tell other riders of my woes I found them to be a less than supportive bunch with the strong insinuation that I was making up excuses for being a great big wuss. 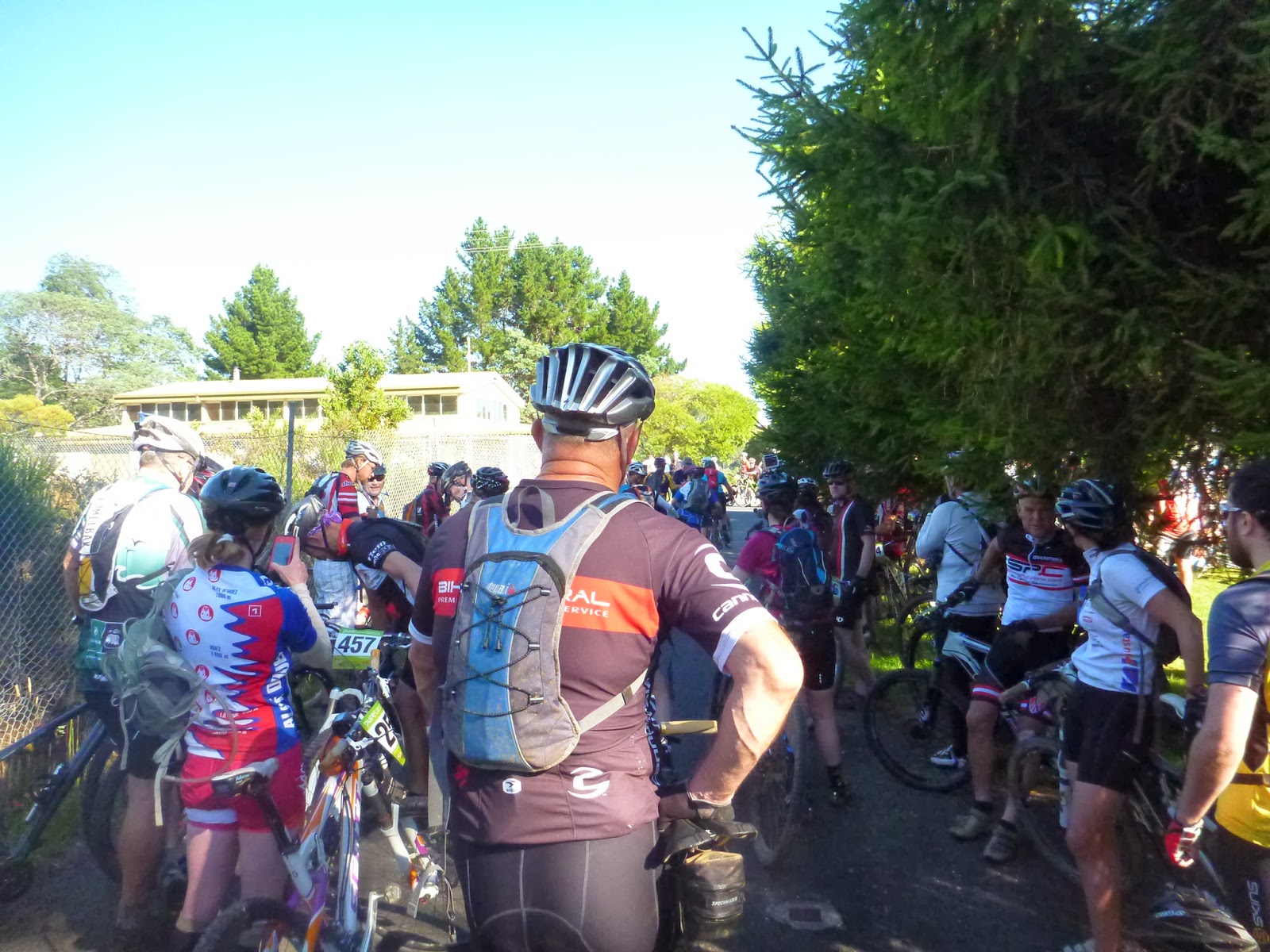 But, as the next stage was about to demonstrate … I wasn’t.

Competition stage 5 is a time trial (in pairs) up through the Zeehan Spray Tunnel and then out along to the highway.

As one of the slower riders, I was one of the earlier riders to go, and within five seconds of the line I had already lost 10 metres on the guy I was paired with …

I was overtaken by the first rider in the next pair before I even got onto the moto-cross track (less than half a kilometre down the road) and in total had about a dozen riders overtake me over the six short kilometres to the highway.

It wasn’t good, and I wasn’t looking forward to what I knew was going to be a killer hot session in the afternoon.

To be honest I was seriously asking myself whether I should continue on the next competition section as I set off to ride the 15km cruise stage to Trial Harbour for lunch.

Then, just shy of 2kms into the cruise stage … my rear tyre burst.

I got off my bike and rotated the tyre expecting it to be just another “wheel off rim” adventure, but this time as it span around there was a great hissing of air and on closer examination I discovered a 1cm long gash in the tyres side wall … and the Stan’s just wasn’t going to seal that (I know this as I watched as it all just poured out the hole with no sealing happening at all).

This is the point in your day when you find yourself asking two questions: 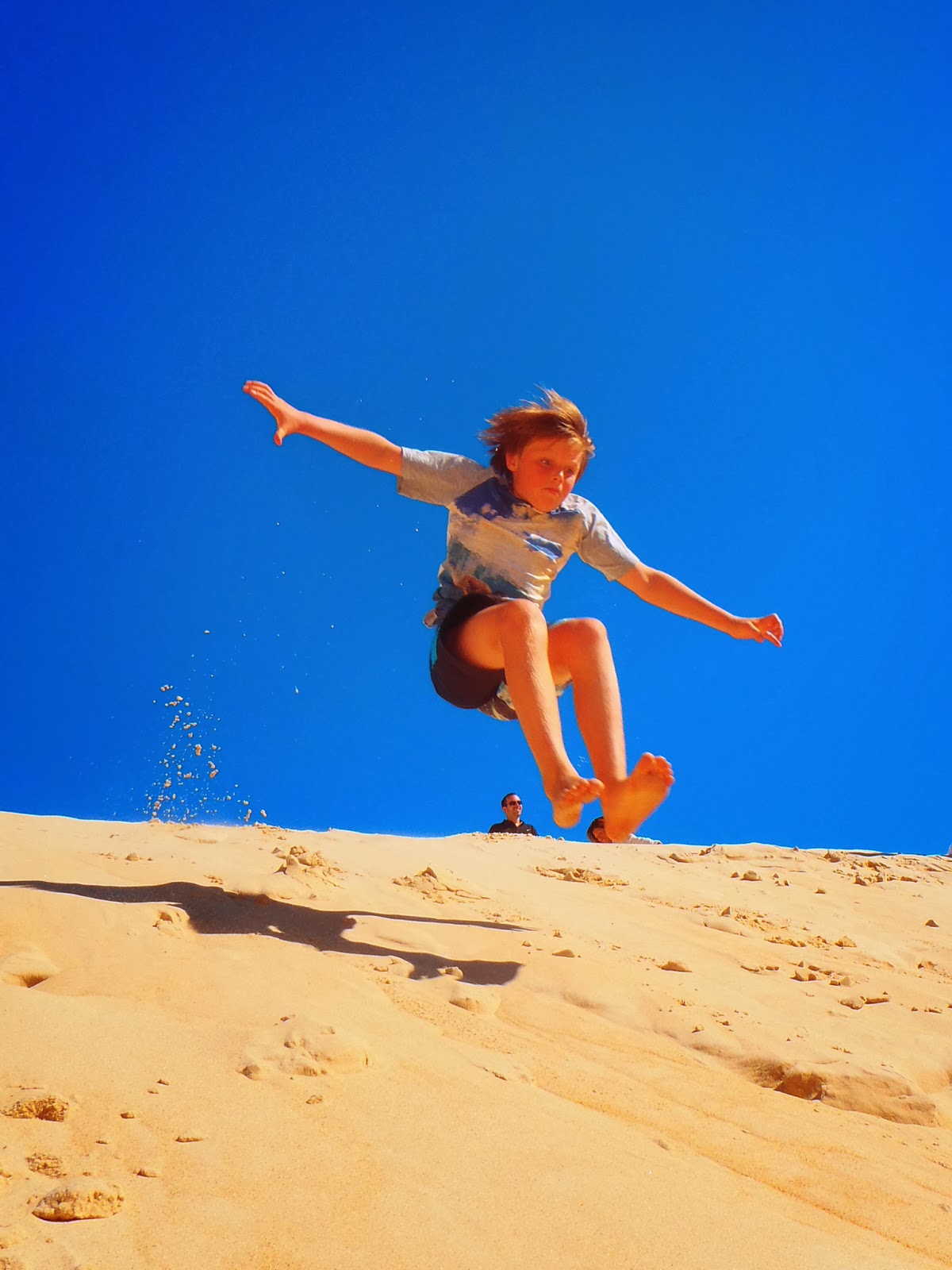 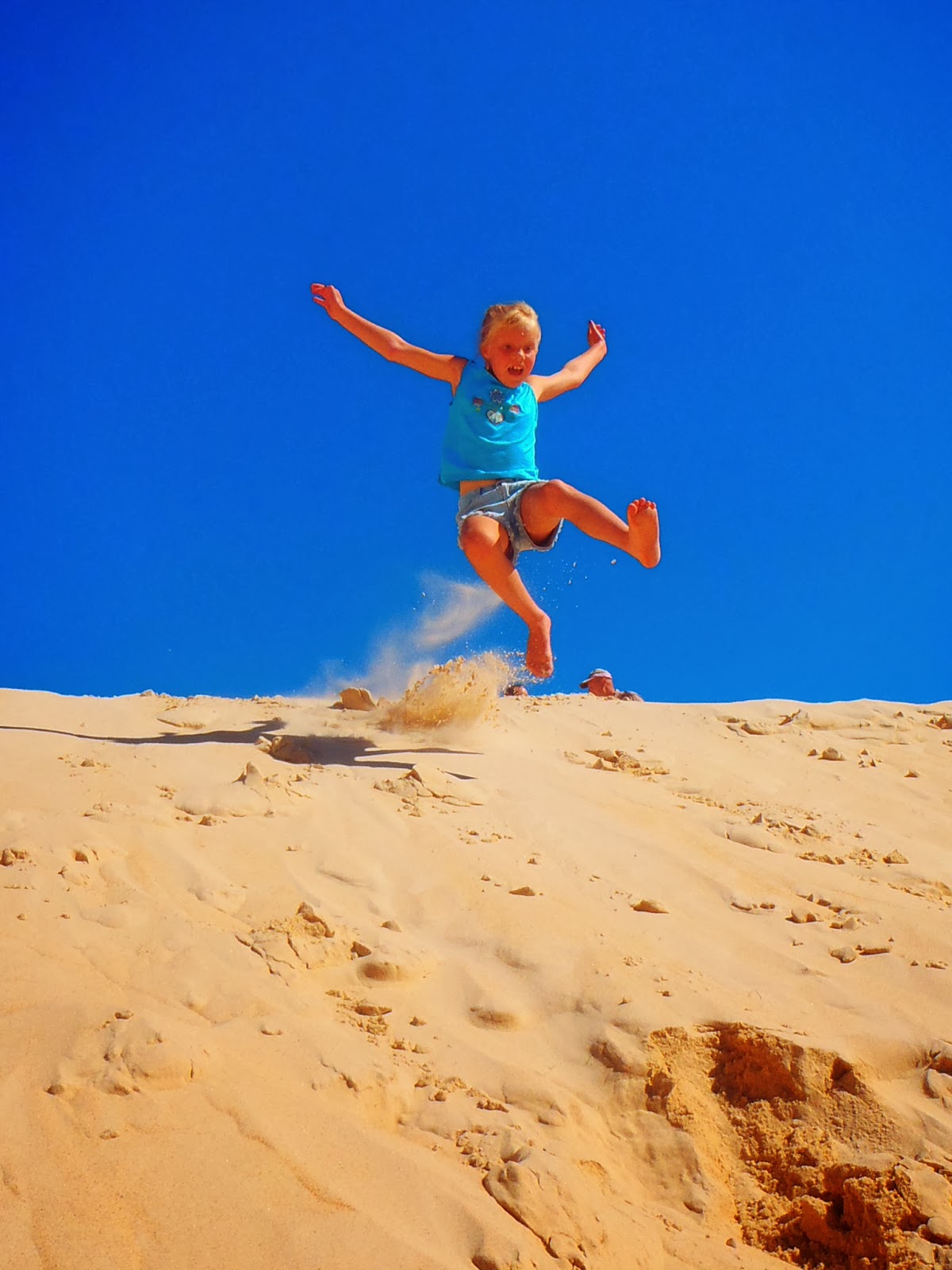 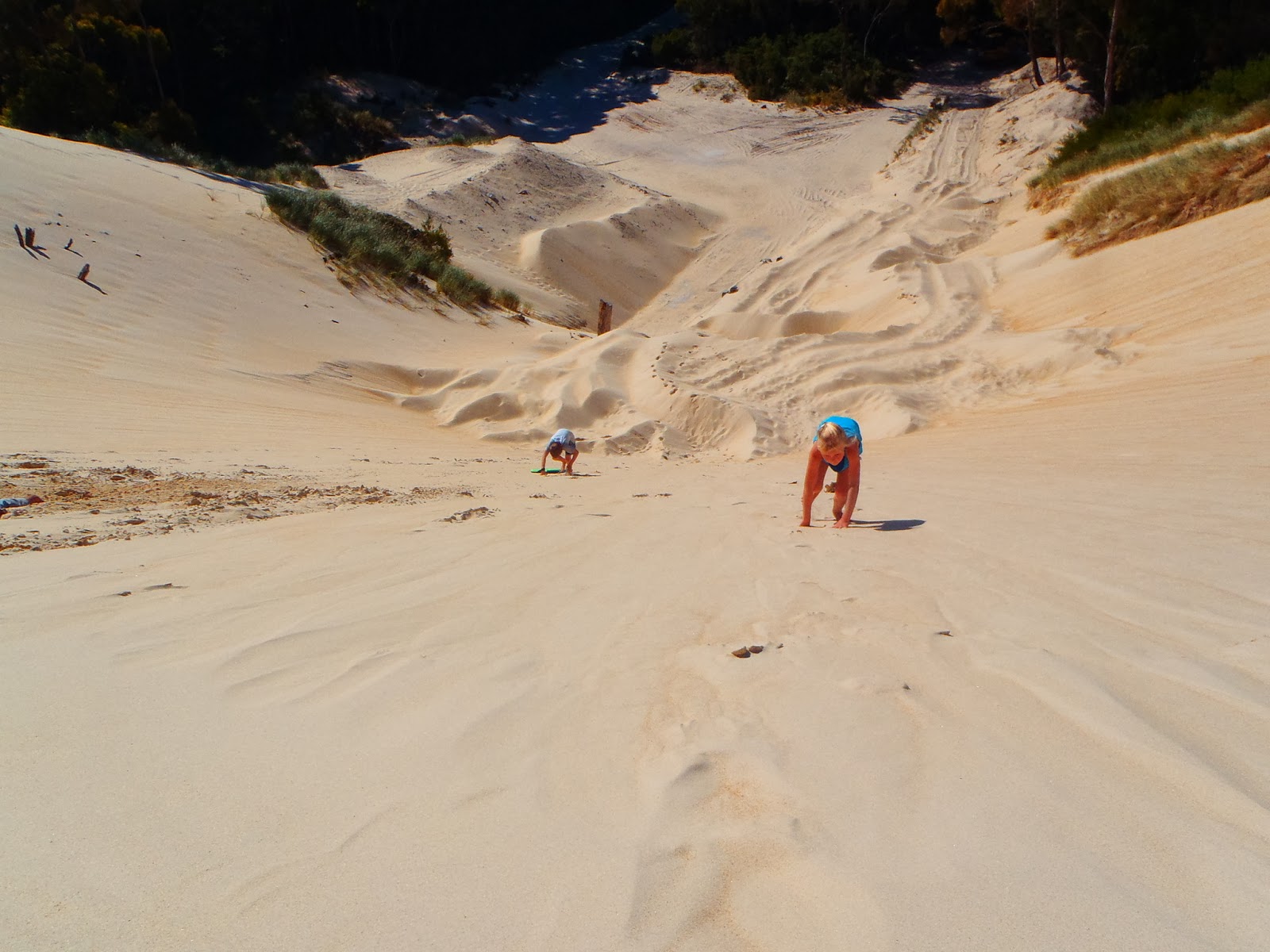 What one does not do at this point is remind oneself that you had been strongly advised (OK, told) by a certain person that one place you really want your support crew to be with you is at Trial Harbour …

After considering my options and knowing the road is closed to traffic, I began pushing my bike back towards Zeehan, but after about 500 metres (by which point I was getting heartily sick of saying “Yea, I’m OK, thanks – I’ve wrecked my rear tyre“) I figured that I may as well try stripping out the tubeless system and putting my spare tube in and seeing if I could ride my bike that way.

Fortunately after the first two days adventures, I had traded my small pump in for a much higher volume pump today so the inflating was a lot quicker and easier, and the tyre, well it went up … and held.

But getting my tyre back up was the highlight of the stage for me: my lungs were really struggling, I was feeling very nervous on the bike expecting the wheel to burst at any moment, I was hot and bothered following my performance in the first stage, and my mind was in a very negative space … oh and any dreams I had of chasing Pete had long since vanished.

This was survival time. 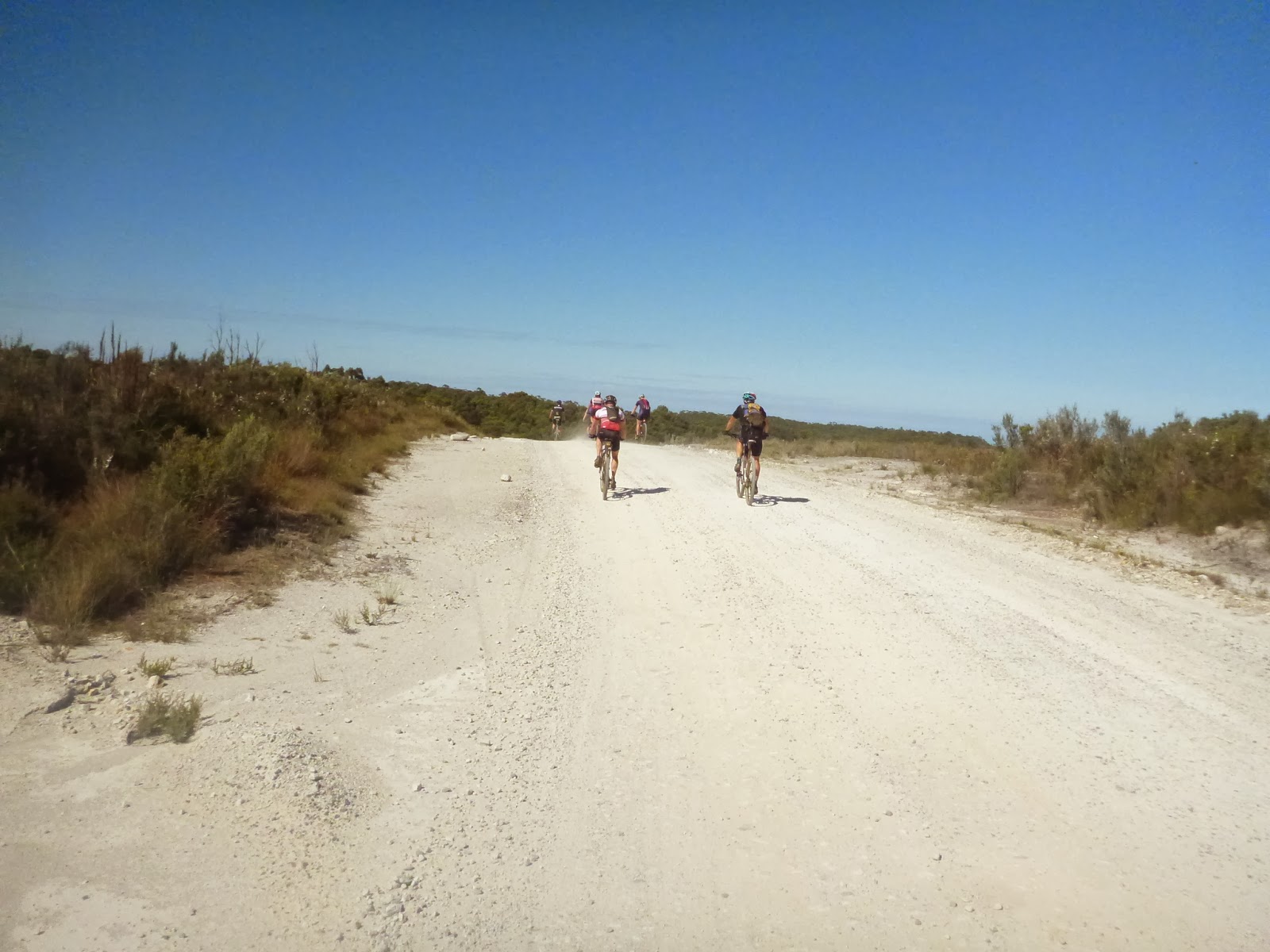 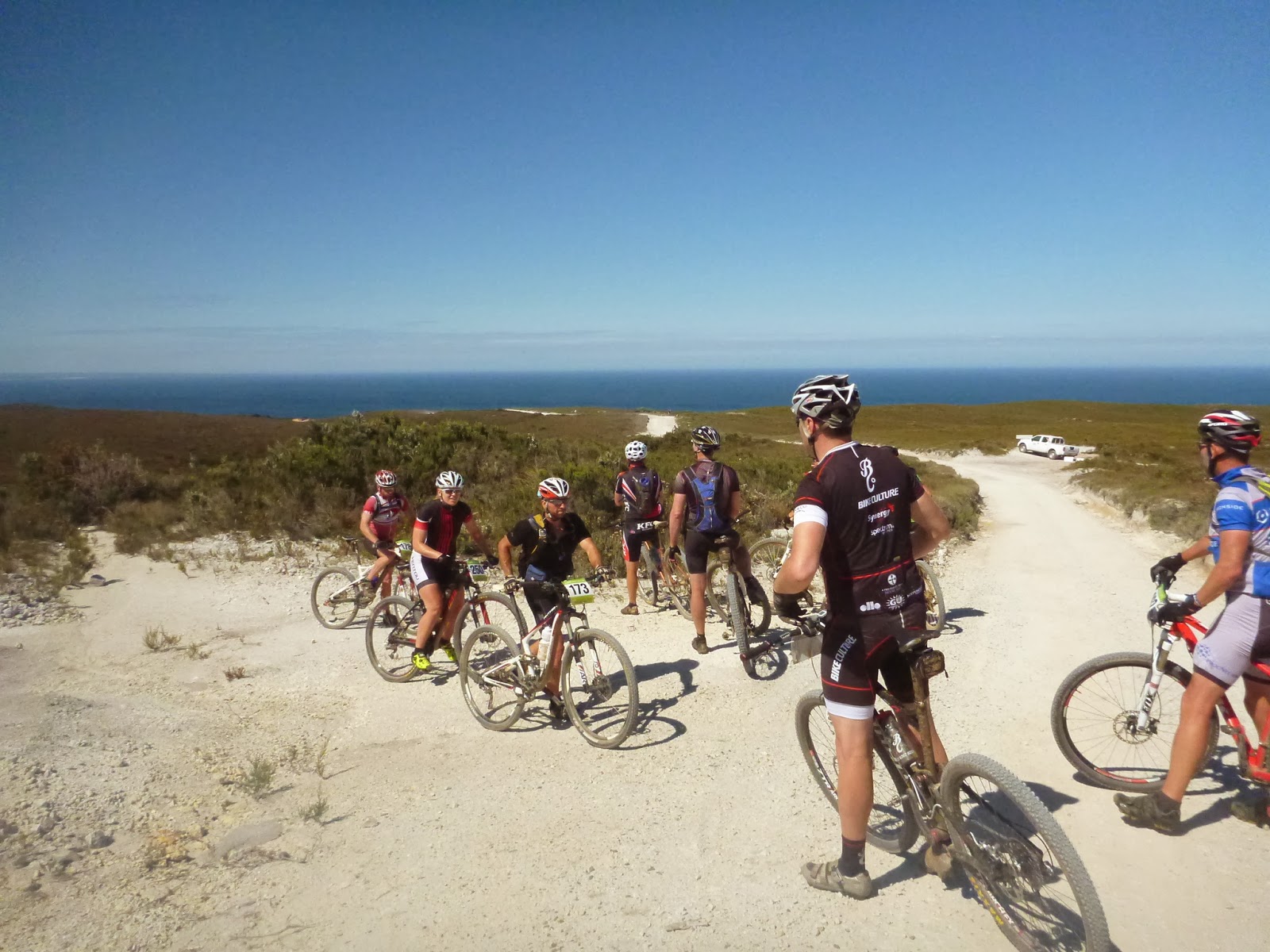 I honestly wanted to give up on the race at this point and so I decided to spend the cruise stage coming up with a list of 10 reasons I should keep going.

I basically spent the two hour lunch break trying to convince myself I had to continue in the race and deliberately avoiding anyone I knew who could potentially put the temptation of a lift out of there in front of me.  The only interlude I allowed to my internal meanderings was a trip to Sprung where I had just enough money ($20) to buy two spare tubes which was pretty much all I could do to get ready for the afternoon’s stage.

Then it was time to go, and as I had avoided all the other options, I found myself on the starting line, and then I was riding … 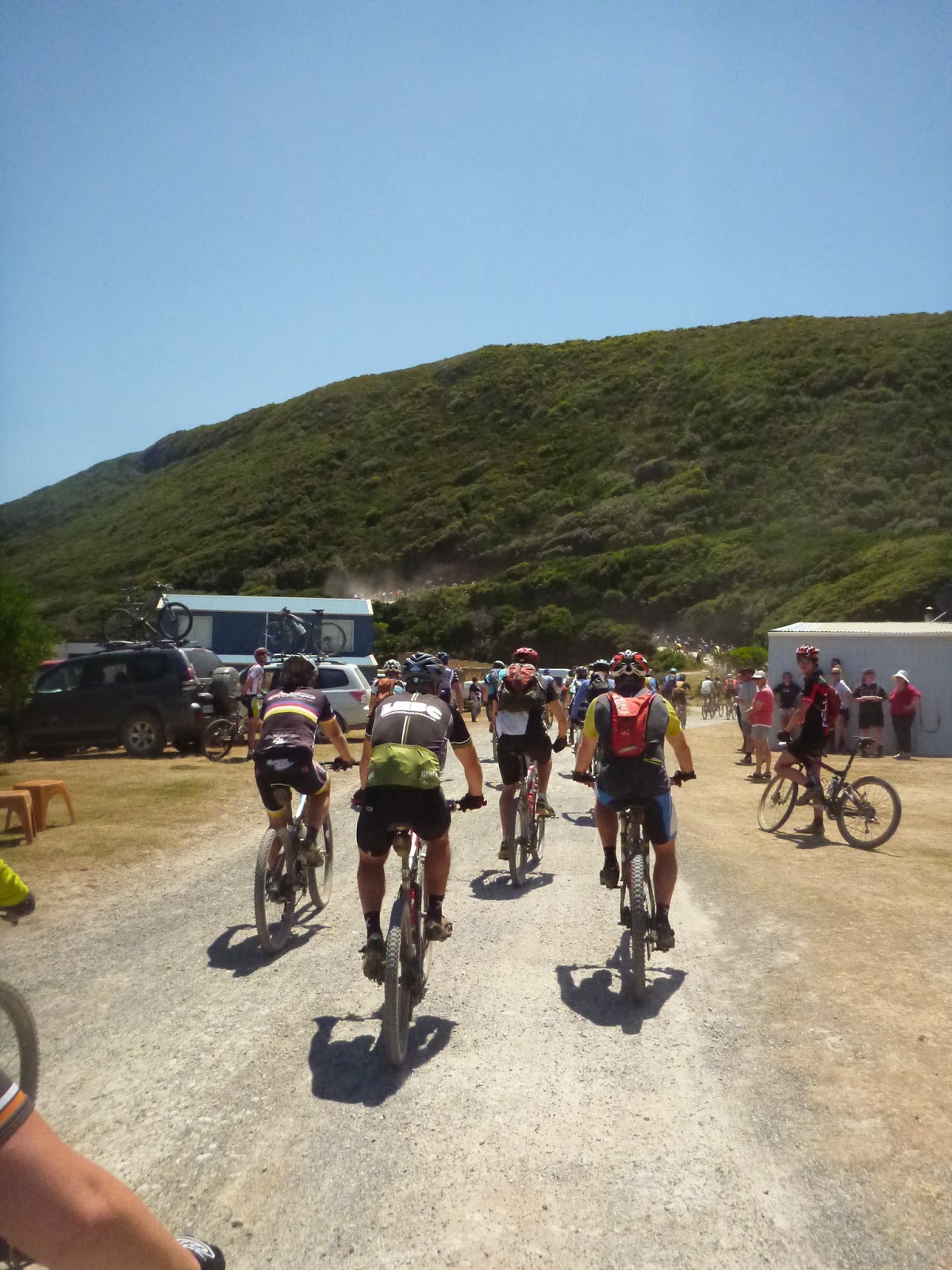 The ride out of Trial Harbour is a longish climb back up the road we came in on, before the route turns onto the more technical Granville Harbour Track and as will be no surprise I quickly dropped towards the back of the pack and settled in for what I knew was going to be a real grind.

I won’t go through the ugliness which was the Granville Harbour Stage, except to say that Kim has a video of me coming over the finish line and it is safe to say that she could have crawled along faster that I was riding. 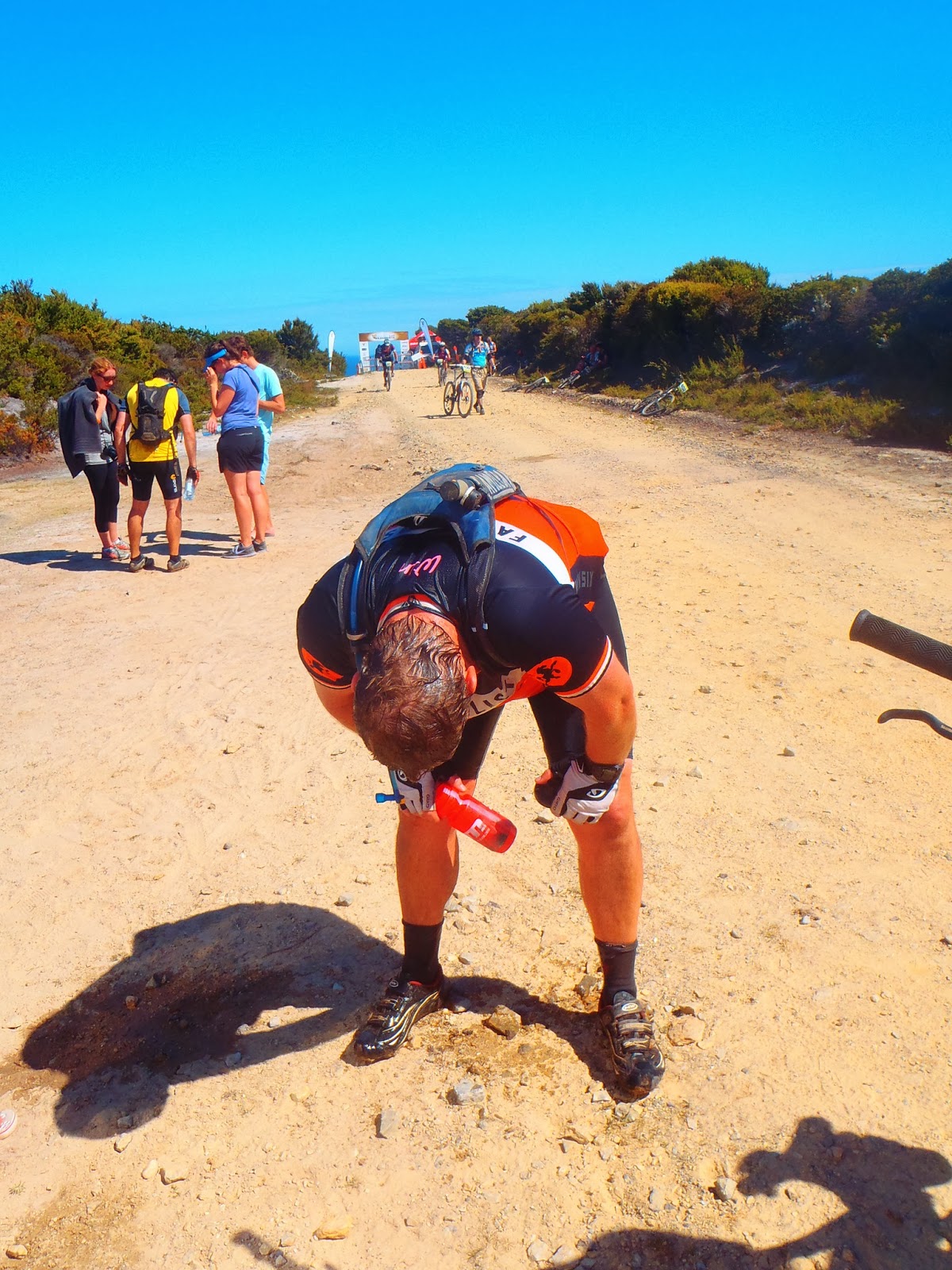 … and this was despite my secret strategy of stopping mid race and going for a swim in Granite Creek to cool down (an awesome strategy if I do say so myself).

Like the other stages this one was a story of lots of overtaking on the technical descents, and then gasping and crawling my way up each of the ascents watching everyone I overtook go past me again.  It was kind of fun in a very painful sort of way and I drank nearly two waters of water when I got to the finish line.

But I did get to the finish line, and my support crew was there to cheer me over it despite standing in the sun for two hours (which is pretty good for a couple of young kids). Actually it’s awesome. 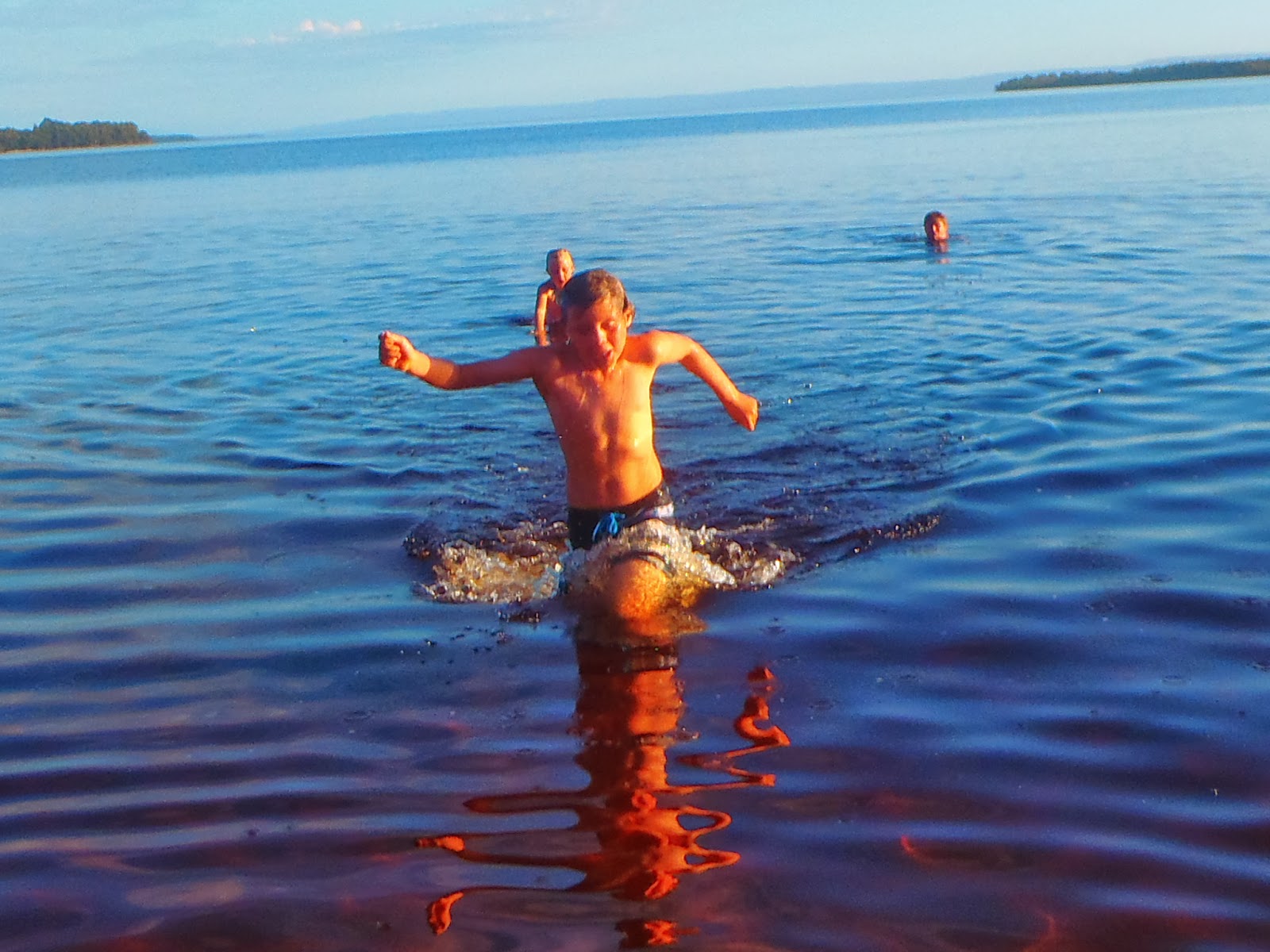 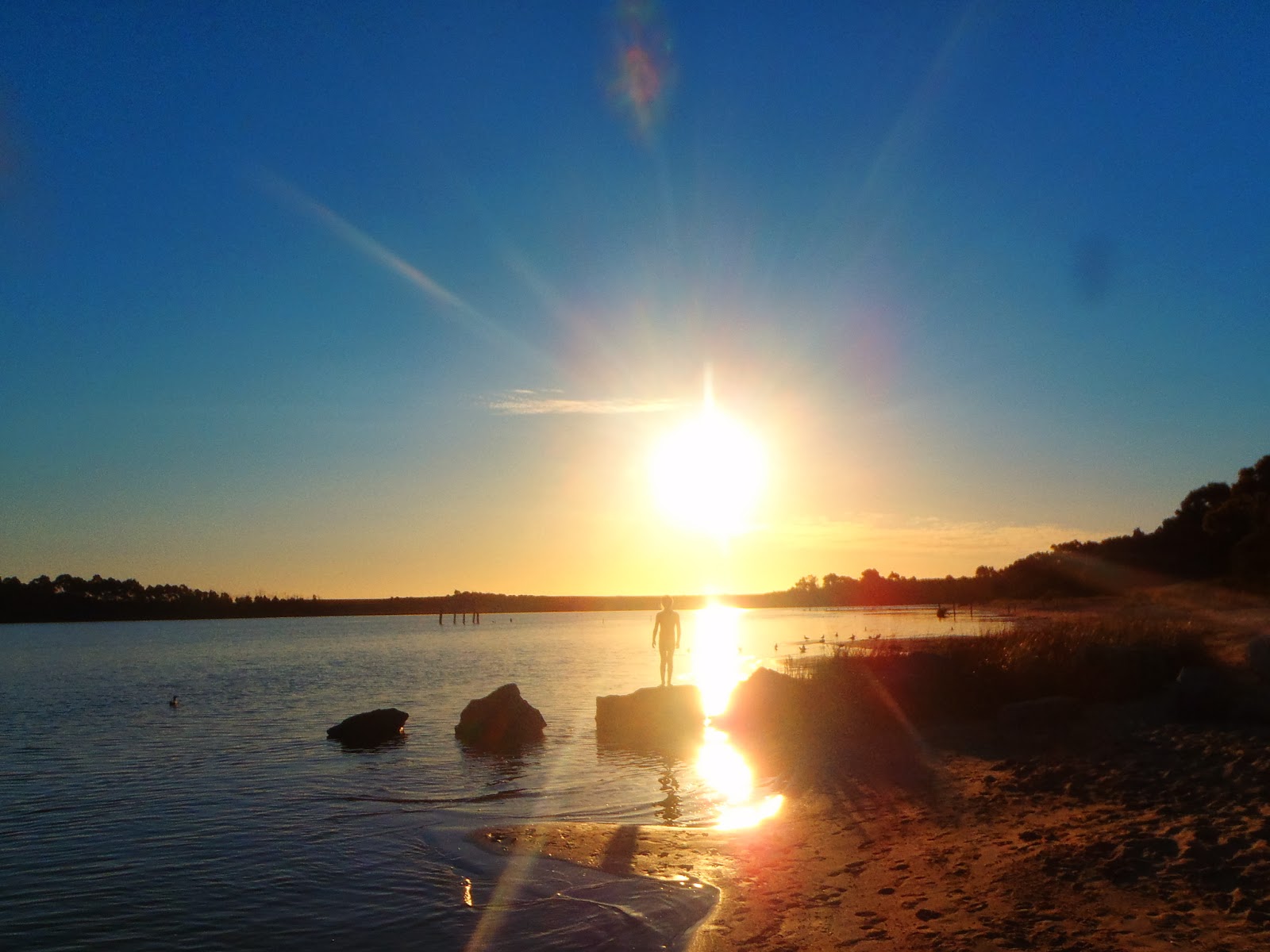 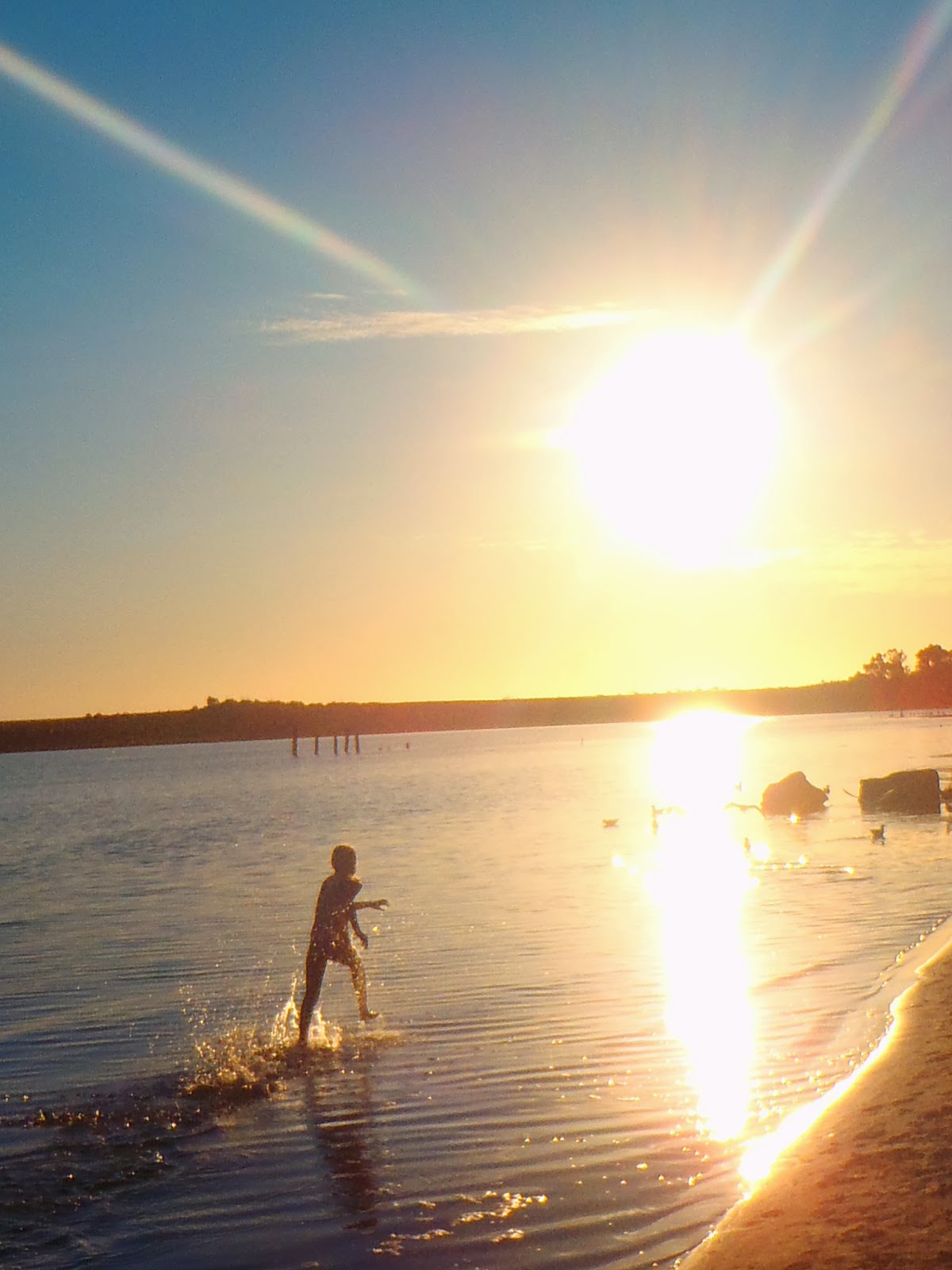 I think the cooling water helped my breathing a bit, because after late night ice creams and Markus’s favourite DVD … Jurassic Park I managed to get a reasonable nights sleep for a change … bring on tomorrow.