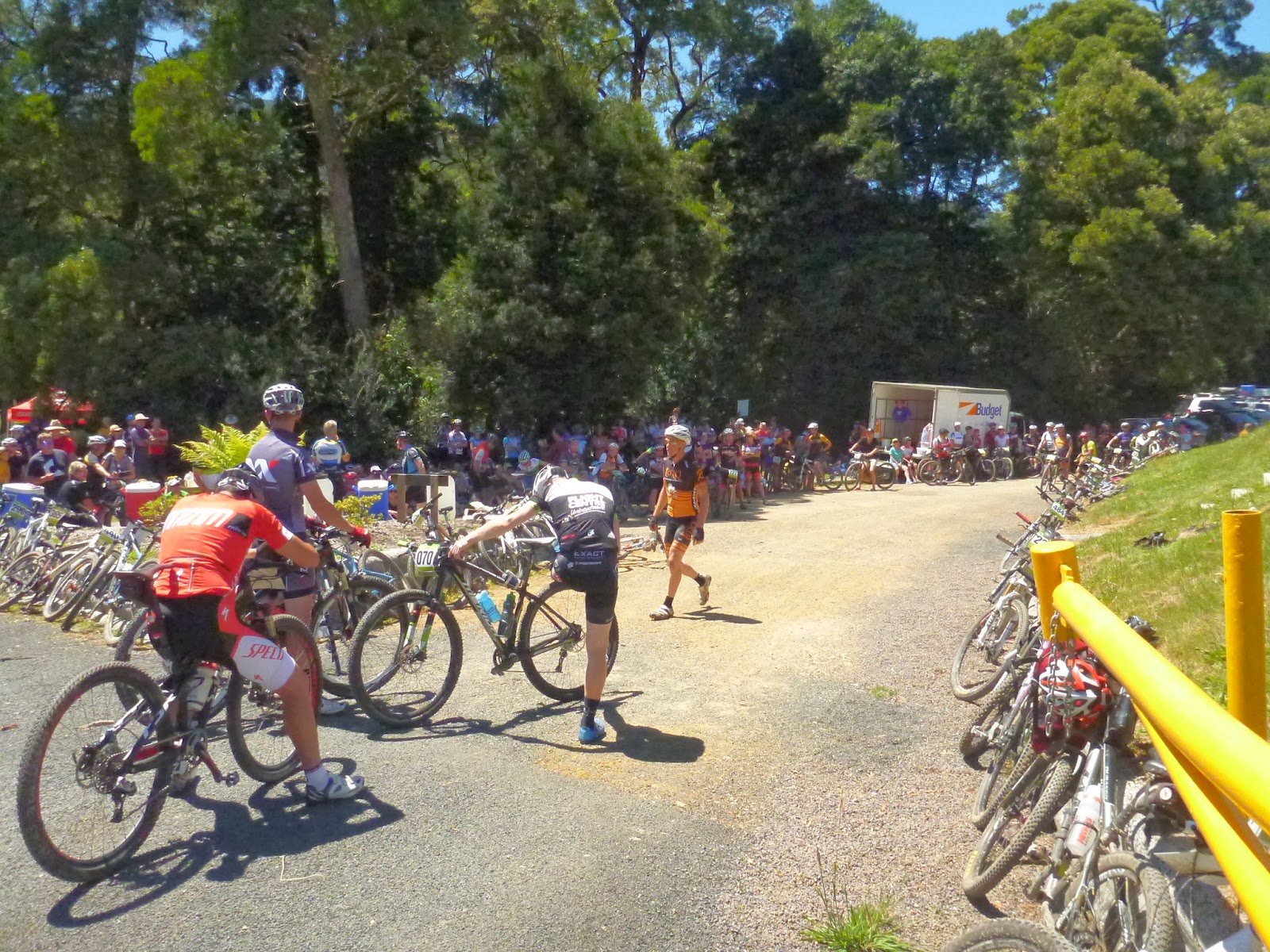 … I was going to get left behind.

Sure enough, for the first kilometer of the race a large number of the other riders in my group moved up beside me, passed me, and then moved on and away.

By the third kilometer, I was however ticking over in a rhythm and catching back up to all those people that had passed me earlier as I slowly moved my way back up the race field.

Then we hit the top of the hill.

Now I should say at this point that like any race, we at the back have our own little races within the race, and as it so happened a guy I used to work with at Forestry Tasmania, Peter Rowlands, and I were coming pretty close in our timing.

I’d (somehow) got the better of him in the first stage, he’d then left me behind in the next two stages and so I knew that this was my “do or die” stage. 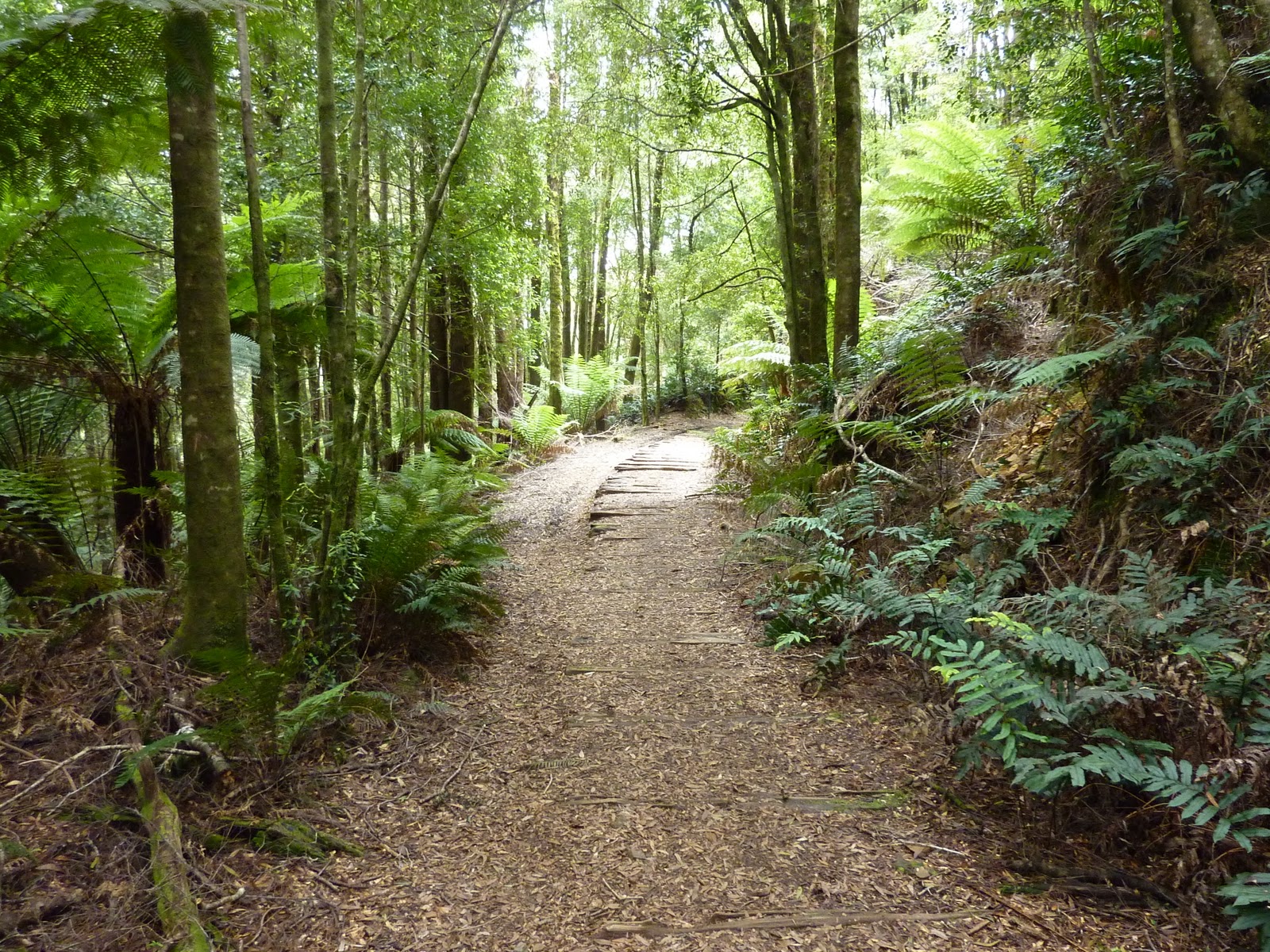 The importance of this fact is that Peter was one of the many cyclists who had got a gap of about 200 to 300 metres on me going up that first couple of kilometres and who I then had been slowly reeling back in over the last few kilometres.  He hit the top of the hill about 100 metres in front of me and the chase was on …

By the time we got to the car park to Montezumas Falls (at the end of the Gravel Road descent) I was on his back wheel and then just before we turned to cross the river I triumphantly came around him on the outside and hit the creek first.

I was in the lead!

I jumped off my bike to carry it through the creek (which was marked as a danger) and bloody Peter just rode straight through it gaining another good gap on me as I pushed up the bank on the other side and set off in pursuit again.

I caught him pretty easily and followed his wheel for most of the way down to Montezumas Falls, until (inexplicably) he started slowing ever so slightly and let me past.

Not to let a chance like this go to waste, I got a bit aggressive and overtook half a dozen other riders taking a few risks along the way (a guy on my wheel who was trying to follow me was less successful in one overtake and took the rider we were both overtaking down in a loud mix of tangled bikes and louder cursing).

After briefly checking that they were both OK, I continued on, went past the bridge detour (there was a detour option this year which allowed you to avoid the bridge and associated queue but which was about 6 minutes longer) and pulled up at the end of the queue of about twenty or so riders waiting to get across the bridge. 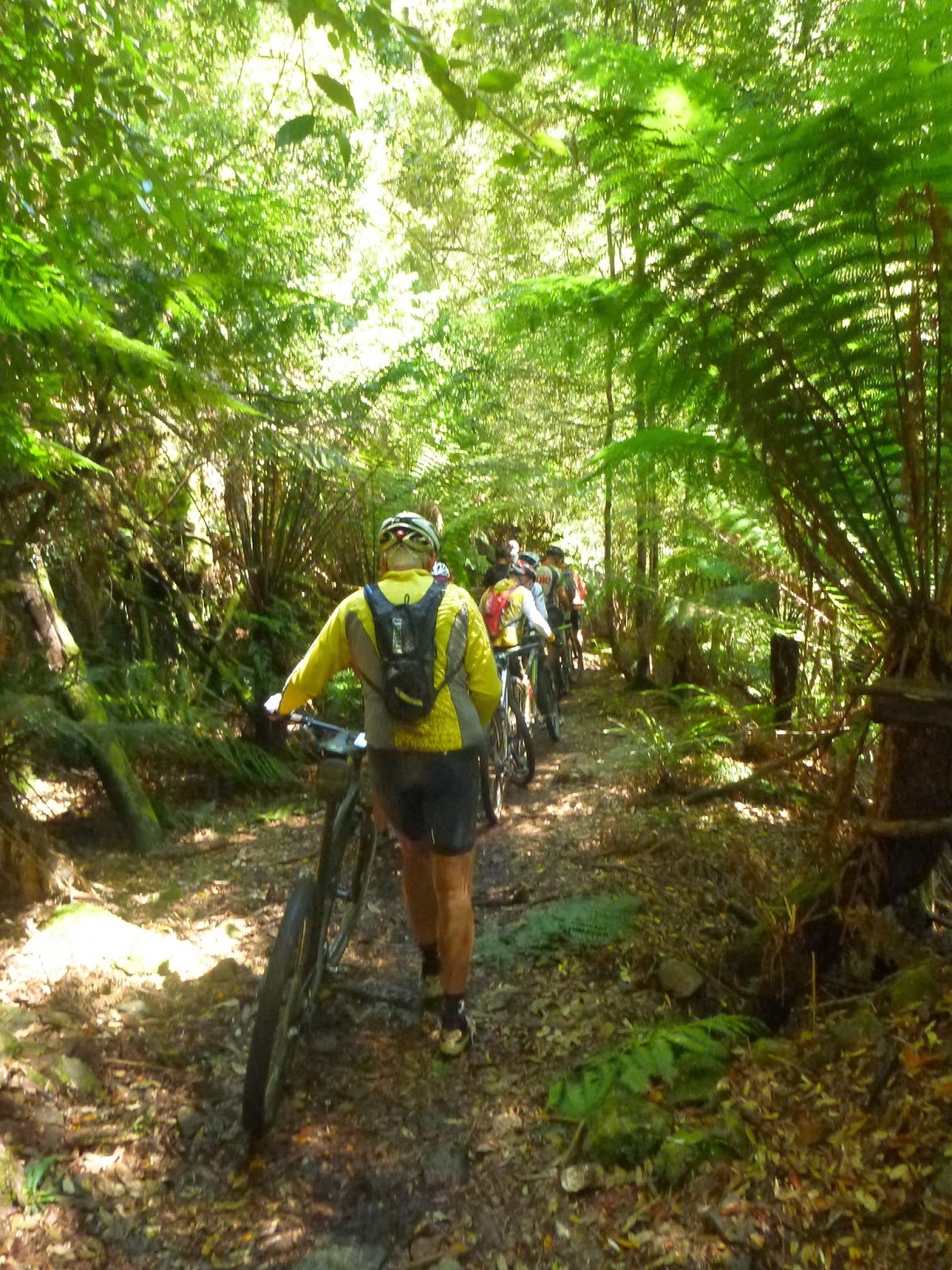 At this point my calculation was that I had up to six riders between me and Pete and with only five riders allowed on the bridge at a time I was thinking this would give me a good 2 or 3 minute advantage, plus with the next section being more technical, wet, muddy riding I saw this all playing to my advantage.

So I turned around trying to hide my smug smile and waited for Pete to turn up ….

Five minutes later, it finally dawned on me that maybe the clever b*st#rd had let me get in front of him precisely so I would do what I had done … while his intention the whole time had been to cut off on the bypass track and leave me waiting in the queue. 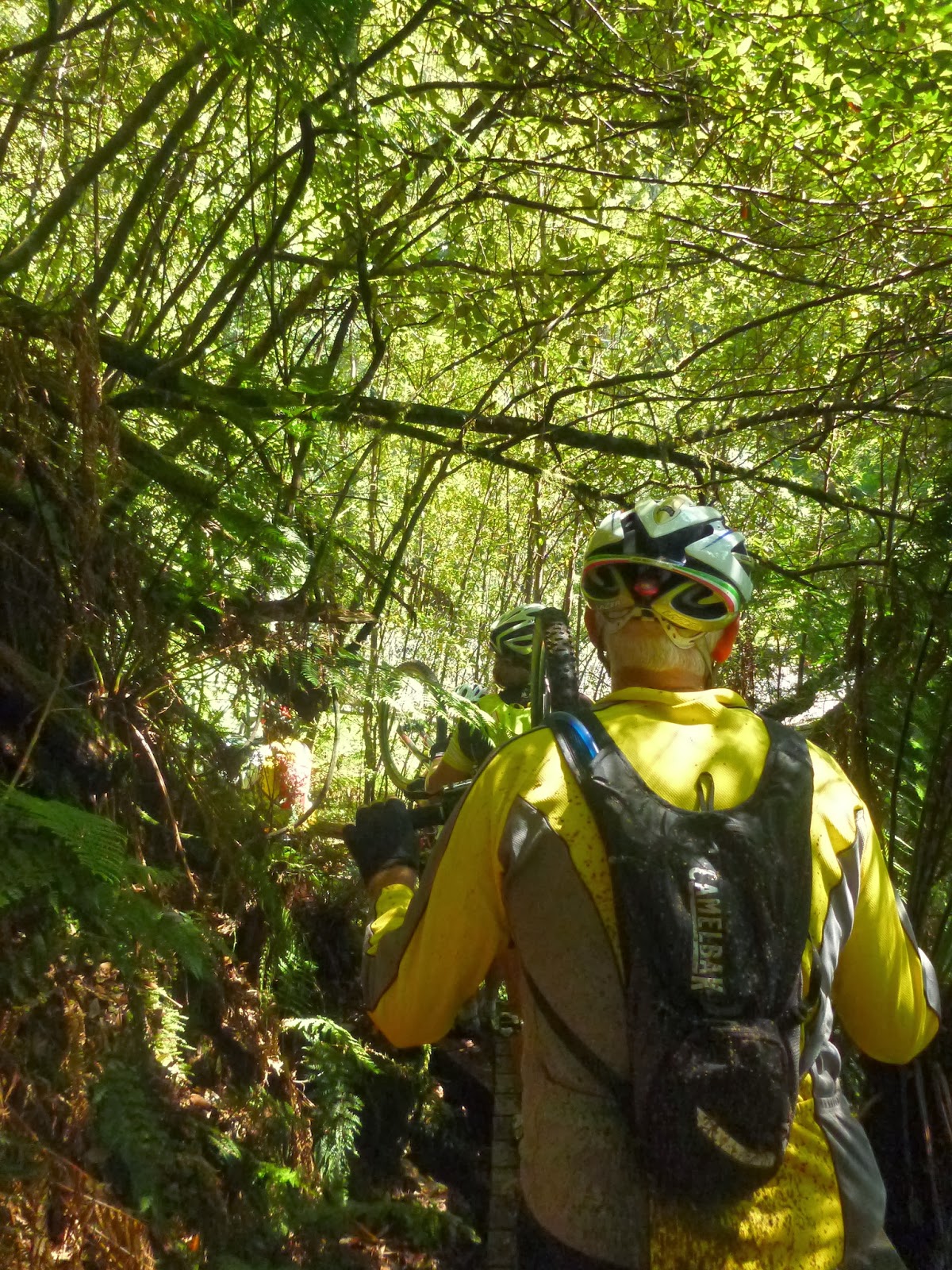 Though I’ll be honest and say that the more likely scenario is that the race between Pete and I was only happening in my head and that my very existence probably hadn’t registered on his radar.

So, after what seemed like an age later I finally got to the bridge … 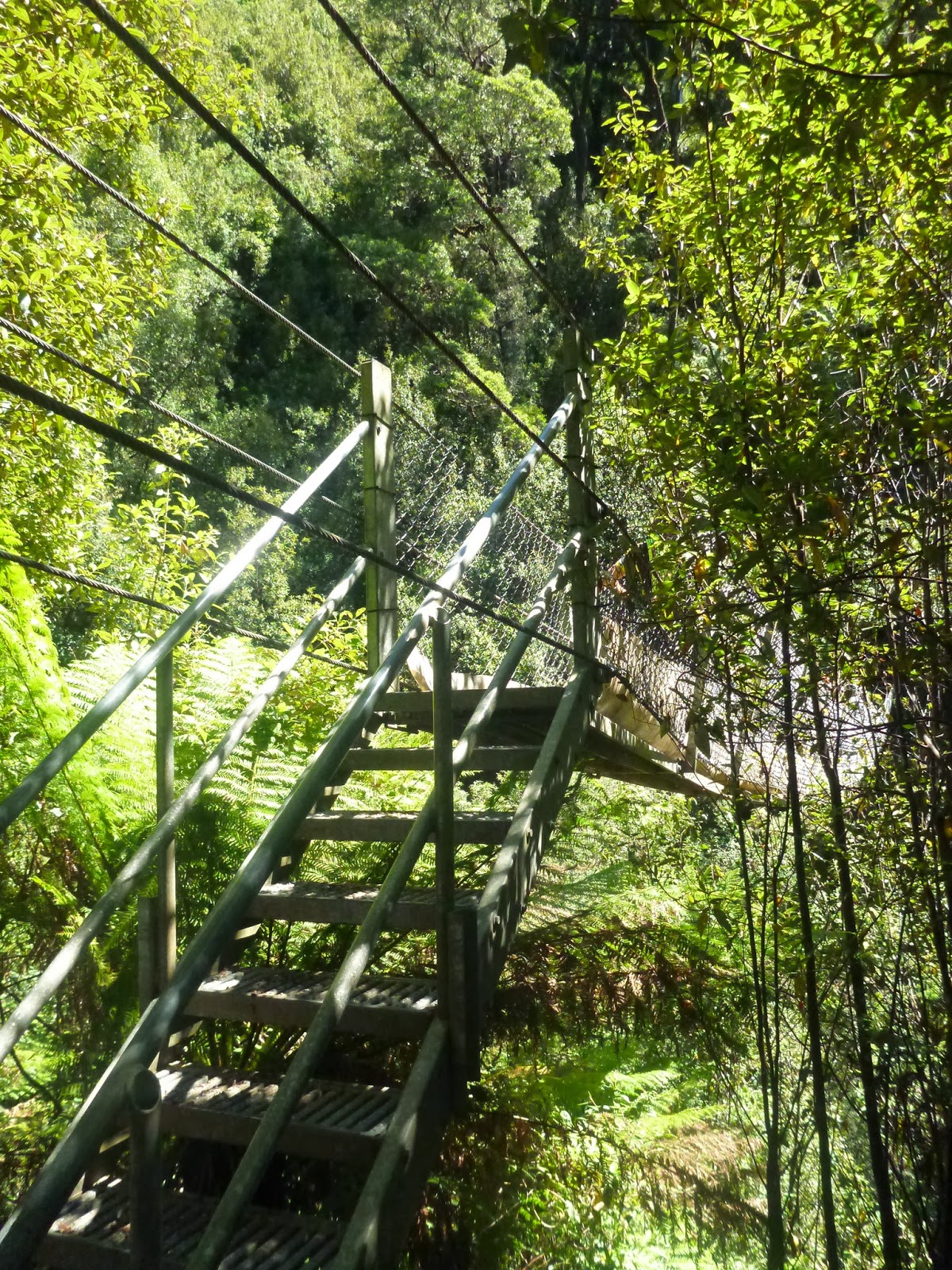 … and over to the other side.

It was time to catch up to Pete.

I took off from the bridge as fast as I could, but my chest was feeling very tight and I was struggling to breathe a bit, so I settled into a solid pace up what I knew would be quite a long, wet, muddy climb from here. 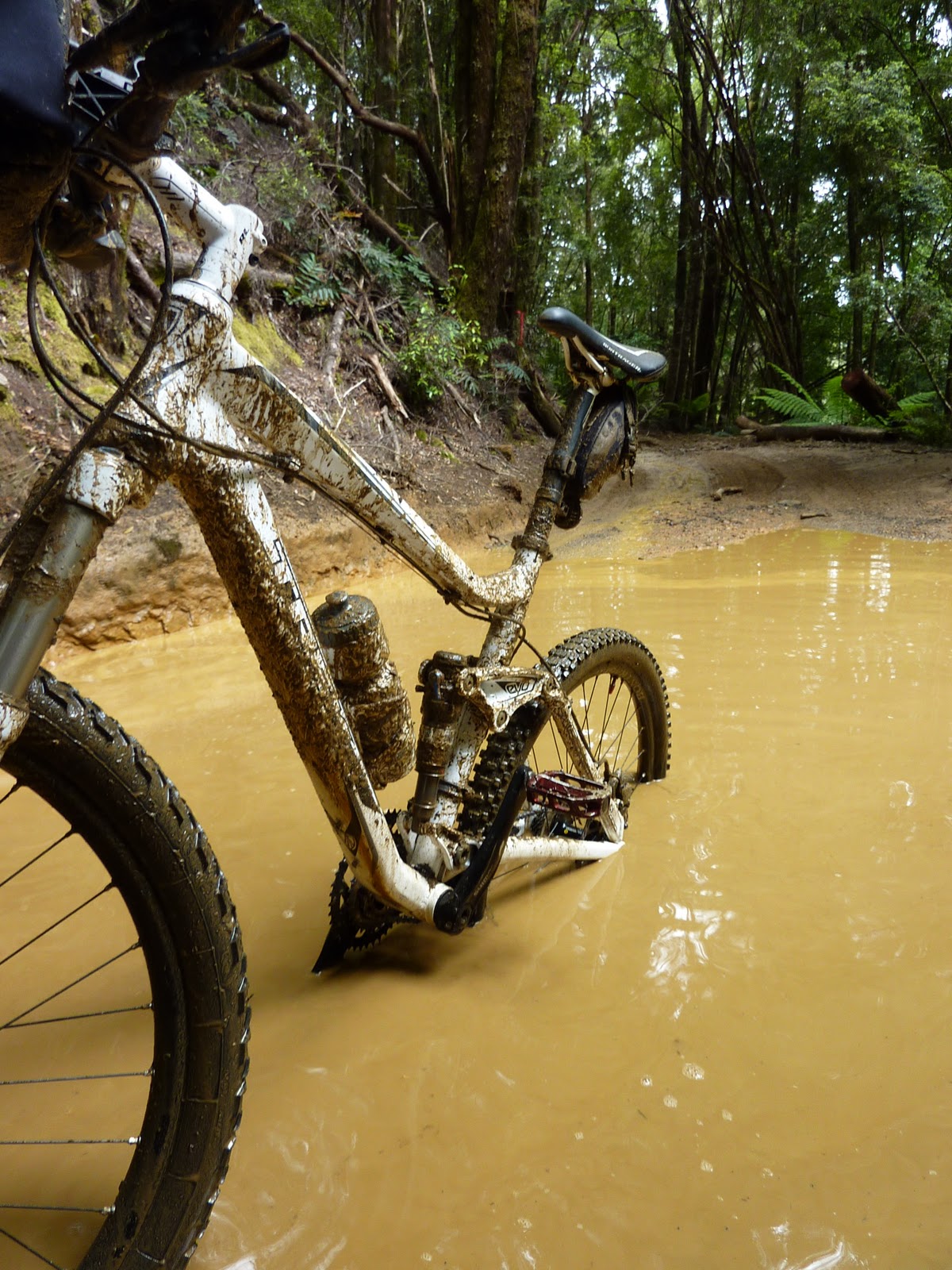 …. to find that it was virtually dry.

To celebrate this dryness, I picked a rocky but direct line through the puddle and set off to fly through it … then just at the end I hit a small rock ledge expecting to roll right over it and instead my front tyre just burst off the rim and completely decompressed.

I had another flat tyre.

Deep breath, don’t panic, and don’t shout at the cycling gods as it doesn’t apparently work.

I whipped out the new gas pump and canister I’d bought from Sprung the day before and followed their instruction to just screw in the canister and press it on the valve and let it do it’s work (there was no gas release button on this pump).

I pulled the pump off, couldn’t see anything wrong, so pressed it on and tried again …

So I pulled it off a second time, began to unscrew the gas cylinder from the pump and as soon as I started unscrewing the canister, the f*#cking thing ejected all of the gas.

So I sat there watching all of my gas run away, sighed, then I got out my little hand pump and started pumping away again as I watched all of the other cyclists ride past me.

I’ll be honest and say that this incident really took the fight out of me.  I still pushed myself up the track, but I probably pushed myself at 80-85%, not the 85%-95% that I’d been going at to date.

Then I finally got to the top of the hill, but again because I was so worried about hitting a rock and losing ten minutes from another puncture I went down the hill fairly conservatively and only overtook a couple of riders (in turn being overtaken by a few others myself).

The last kilometer was a lovely bit of singletrack, but I was cooked, a bit depressed and I just wanted to get across the finish line.

Then, because I was in a bit of a funk, I didn’t notice another guy come up behind me and sneak past me in the last five metres to cross the line in front of me.

Strange thing was that this annoyed me so much that I rode really hard over the cruise section to Zeehan to let out my frustrations dragging a group of four or five riders behind me until I accelerated away and left them to do their own work getting home.

Yea, I was a bit crabby.

Fortunately my amazing support crew were there to meet me at the finish line, pastrami sandwiches in hand (for them, not me).

We stayed down at the Strahan Holiday Park that night so had a bit of a drive after the race, but the monsters immediately decided that this was the best place we’d stayed at by far as it had not one, but two, bunk beds so they could both sleep in the top bunks.  Plus they could ride their bikes all around the park.

Yep, I could get used to having a support crew, I really could.