I went for another “Untangling Tangara” ride today as part of my course setting efforts for the upcoming MTBNav / Rogaine March 22. 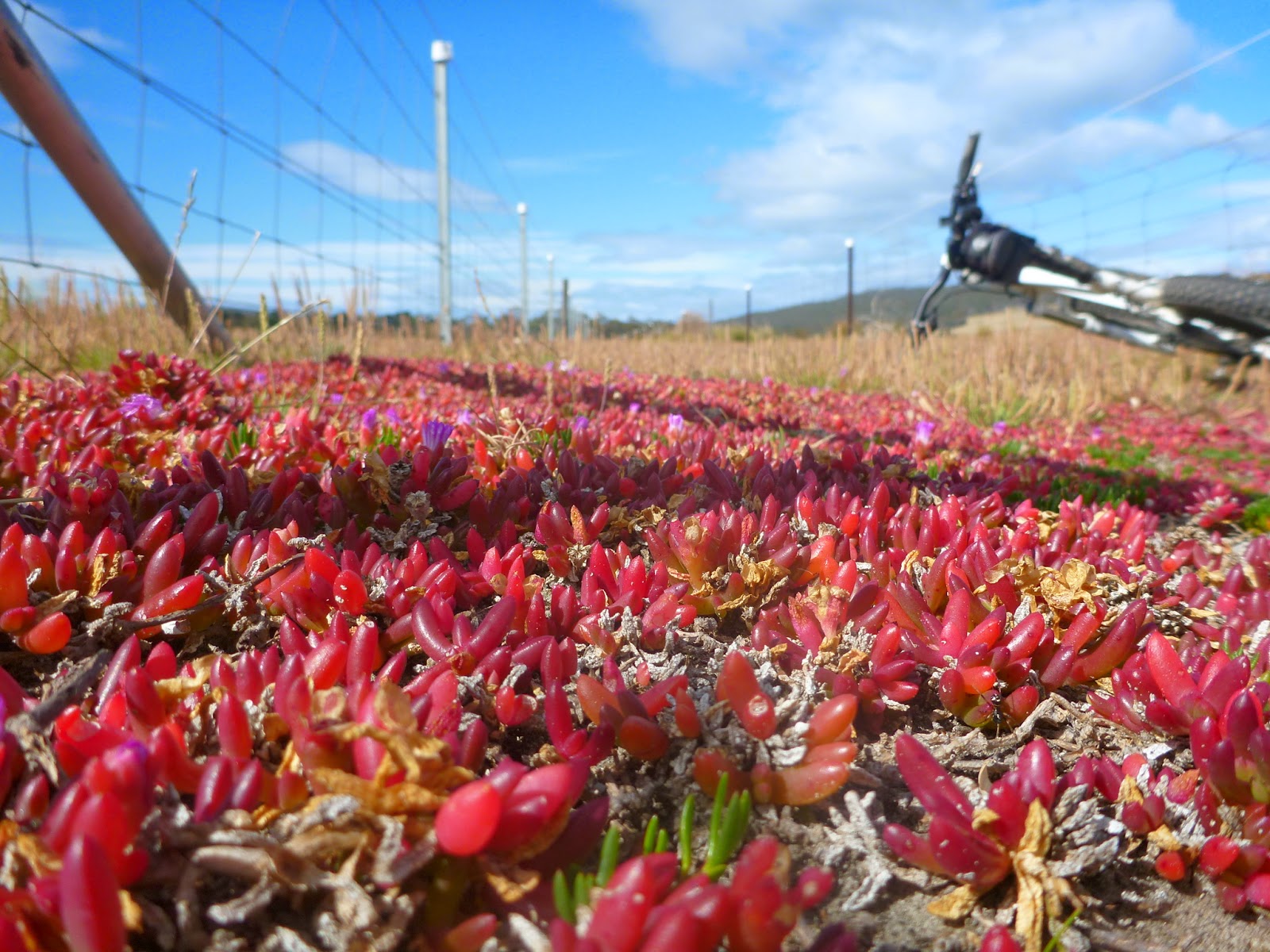 (and just in case anyone is wondering, yes I do know that “Tangara” is an aboriginal word meaning “to go” or “to get away together” but I like the alliteration and it’s appropriateness given the tangled nature of the trail).

However, this post isn’t about that ride, but more about something I discovered whilst on the ride.

You see, sometimes the tangara trail can be really wet in sections and I have fond memories of riding ‘trail’ which was in fact just long stretches of water joined together by occasional bits of land.

But not today, today these sections were all bone dry. 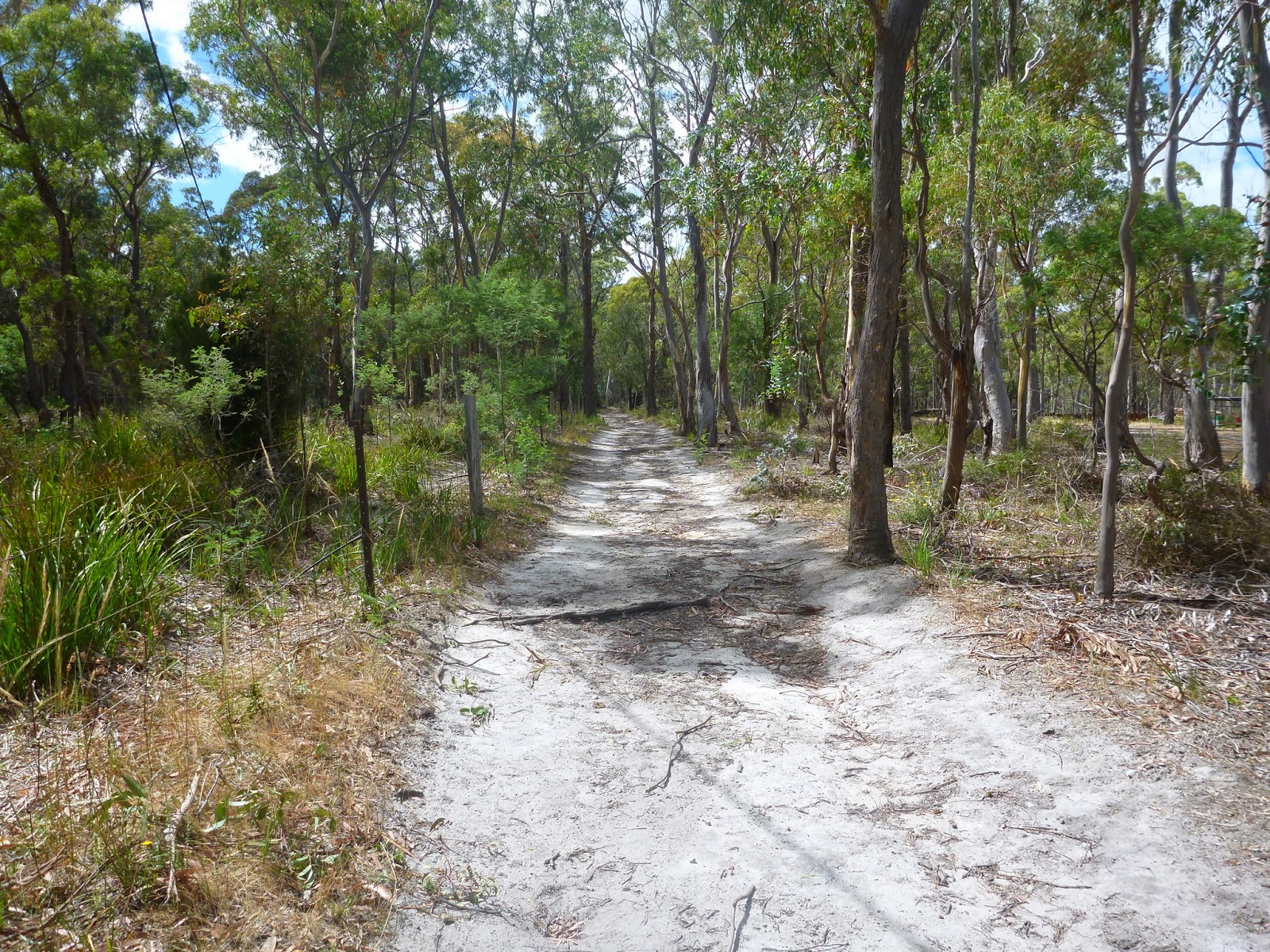 In fact you could say the whole peninsula was dry.

And yet, despite this, I somehow still managed to ride my bike straight into the only swamp (yes, I did say swamp) on the whole trail, and probably within 100kms of Hobart (the next nearest one probably being at Tooms Lake which I rode through the other weekend) and once again I ended up knee deep in water pushing my poor bike to drier ground. 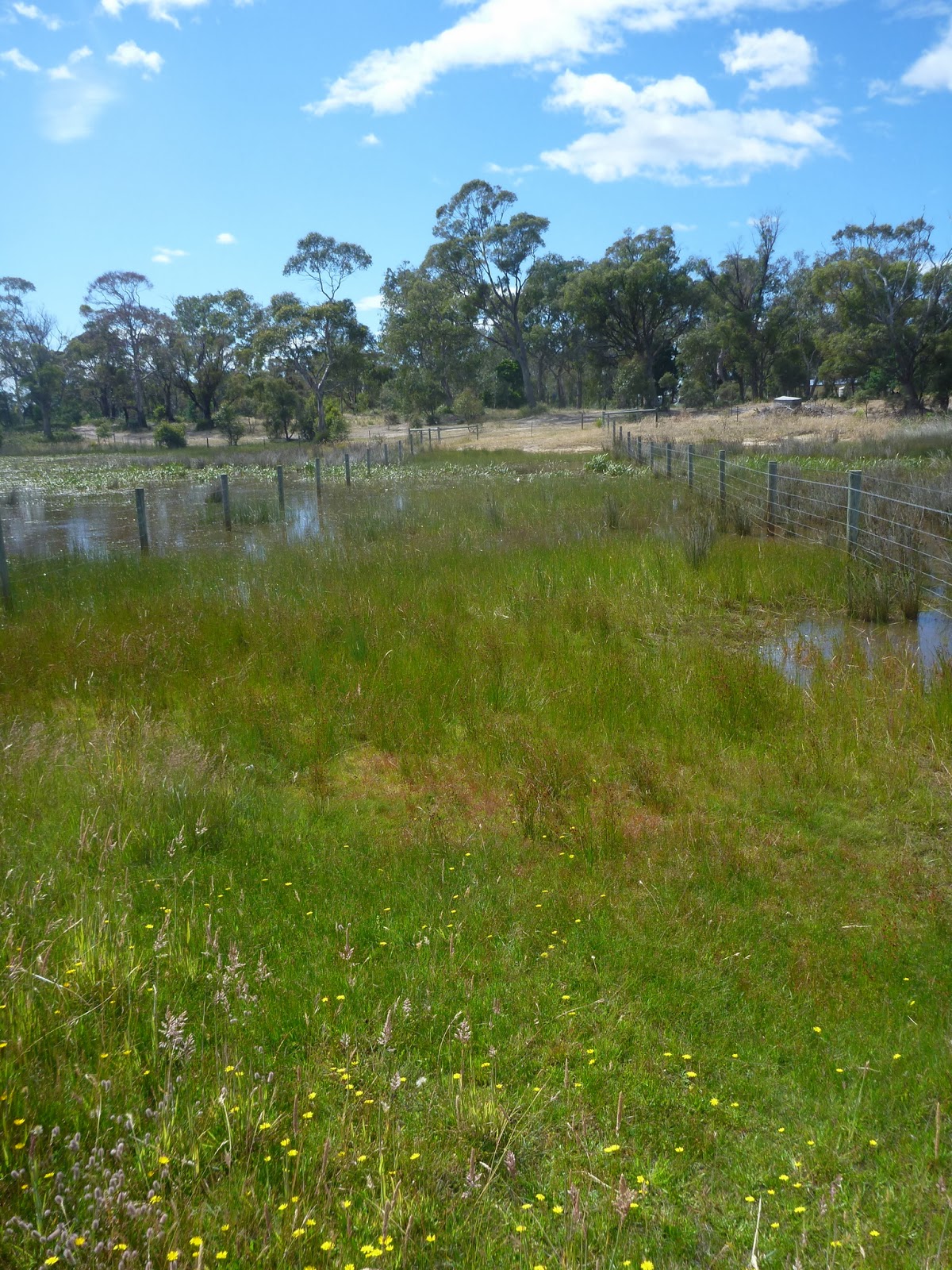 My bike didn’t like this, and proceeded to whimper its way around the next 30kms of track like a wounded animal screeching in pain as it is forced to carry on by its mean master.  But hey, if the trails say go through a swamp, then you go through a swamp.  That’s the way it works.

Which is where things get strange.

You see on the way back past this area later on, I saw another mountain biker (coming from the opposite direction) turn and head down towards the little swamp.

I couldn’t resist the opportunity for a photo … so I detoured from where I was going and followed him down, camera in hand ready to take the ‘money shot’ of him disappearing into the water … 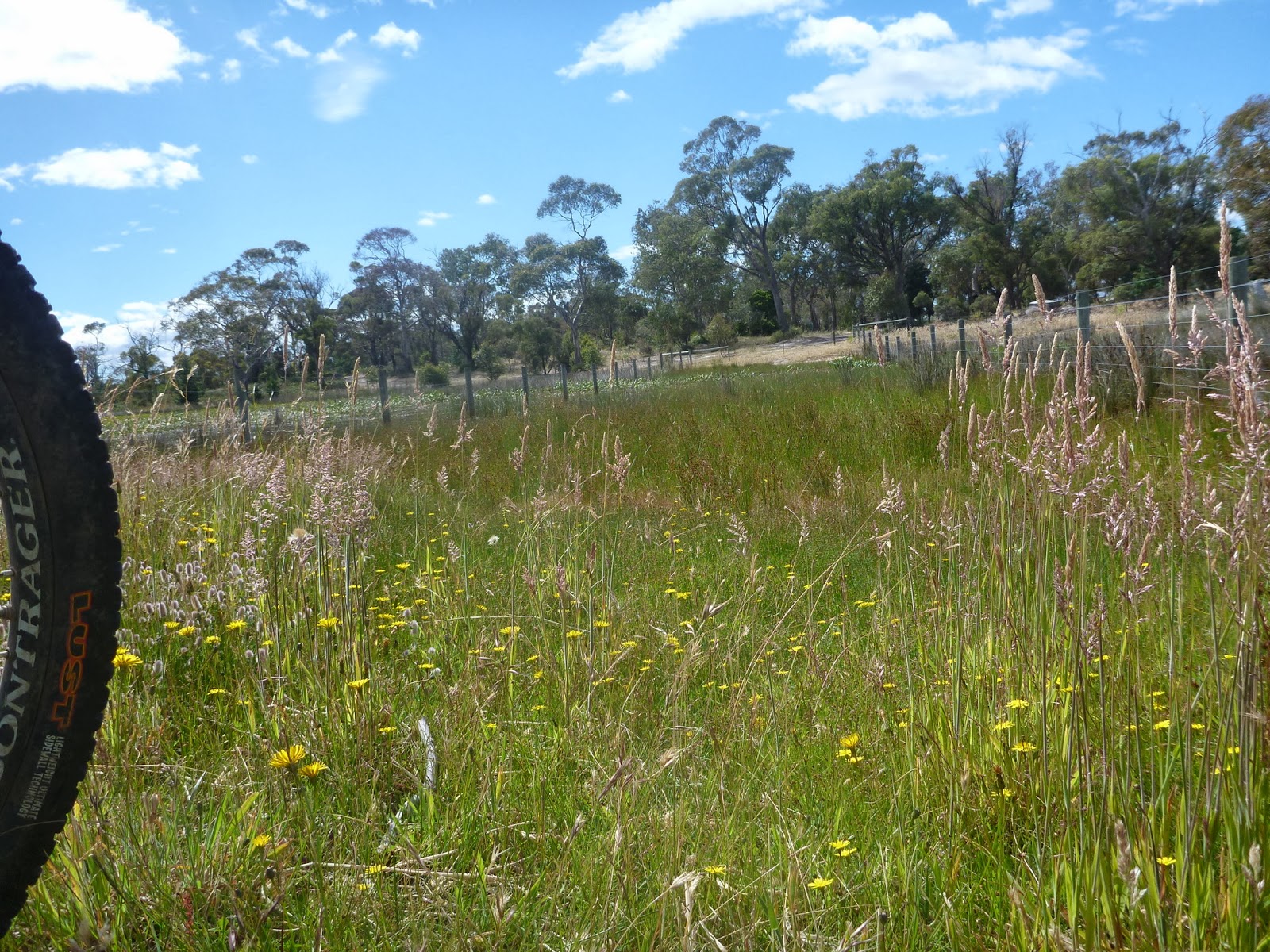 He got to the water’s edge.  My camera was ready.

He started looking for a way around (there was none, and I was ready, so ready, for the shot …)

Then he stopped.  That’s cool I thought, even I hesitated when I first got here.

He looked back down the track at this point and saw me (he had earphones in so hadn’t noticed me behind him) pointing my camera at him waiting for the shot and I had to rather embarrassingly explain that I was here to take the money shot of him going for a swim (and, I thought to myself … would he kindly get on with it).

He, then shrugged his shoulders, said he was just here for a casual ride and would just go somewhere else.

Then he turned around and started cycling away.

My camera finger didn’t know what to do. 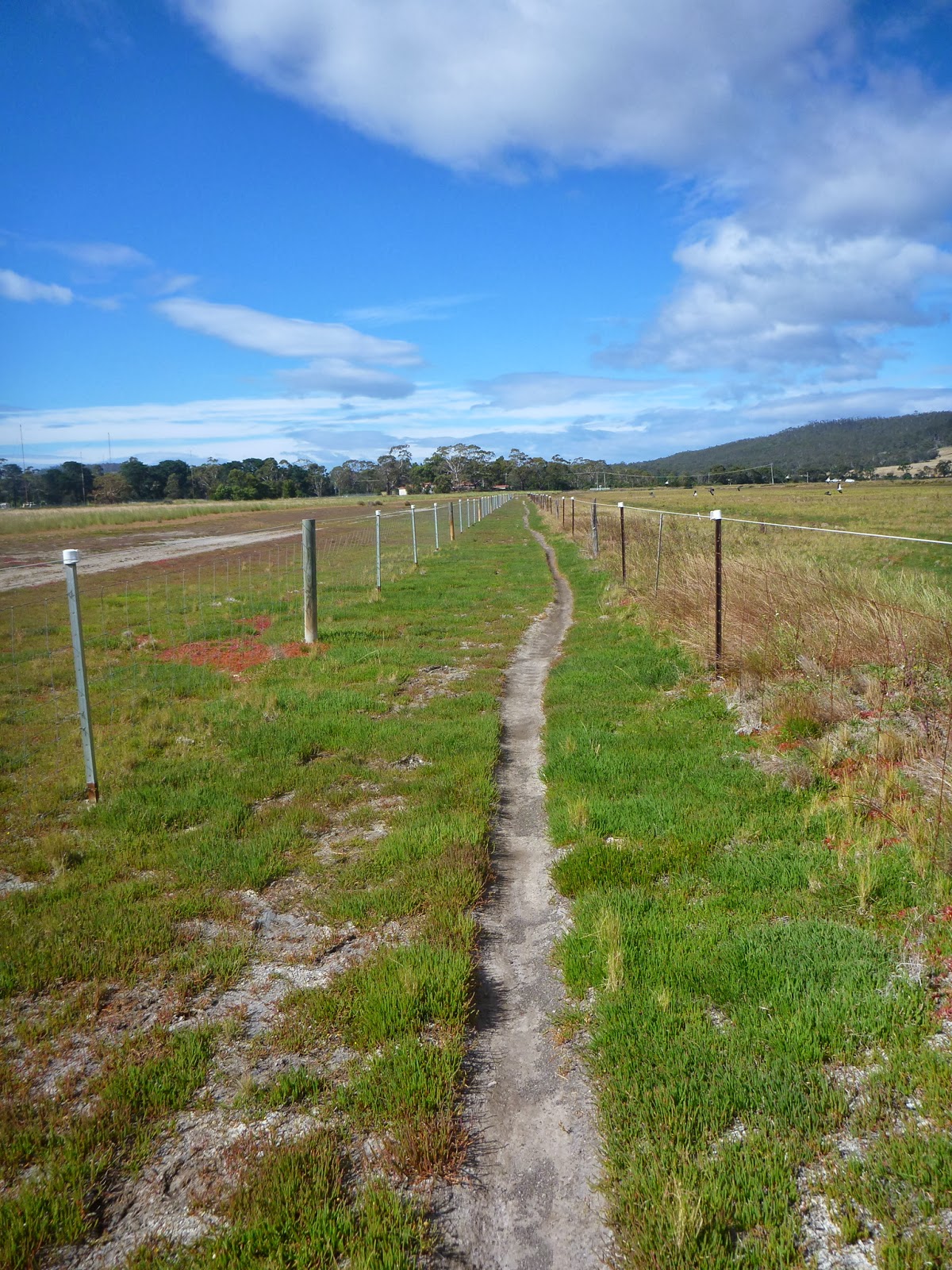 Then this thought snuck into my head … maybe you didn’t have to ride through every swamp and body of water you come across.

Maybe you could choose to find alternative paths.

This was a big idea and needed some thought.

Which was that he was wrong – if the swamp is there, you do have to ride through it, just as the chicken does have to cross the road.

To do otherwise would be to deny who we are (both chickens and mountain bikers).  It would also make for a lot less bad jokes.

As to the reason why, well that’s as unknowable as the thousand answers to the question of why the chicken crossed the road, but I do know that we have to get to the other side, even if it’s just so that others know we can (and can maybe make a joke about it).

Who knew a small swamp could teach me so much.