So I’ve got the Wildside MTB event coming up in under six weeks now and having received some post hellfire cup criticism for my seeming lack of training efforts for big events like this (yea, you know who I’m talking too) I developed and put in place a rigorous training and competition schedule to get me ready for my next event.

As I believe in sharing, I’ve copied my non-patented training schedule in full below in case anyone else wants to use it: 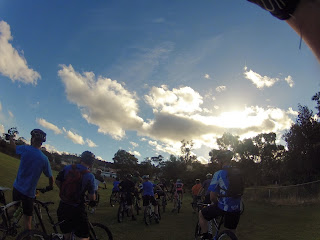 And I’m pleased to report “Mission Complete!”.
Yep, I’ve been cycling to work at least three times per week (albeit on my electric bike), I gave some serious thought to cutting back on latte’s and junk food, and on that front I can report that Tuesday two weeks ago … I only had one latte, not two.   Actually, now I think about it, I can’t believe I forgot to do a blog post about that momentous day.
And tonight … I went and rode the Dirt Devils MTB St Virgils XC Race, which I have to say is an awesome bit of singletrack hidden away out at Austin’s Ferry (on private school property so look out for the next event if you want to ride it). 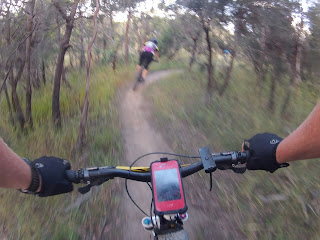 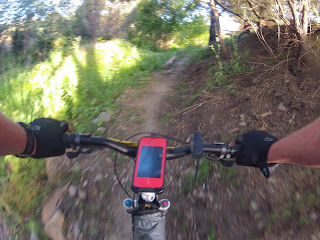 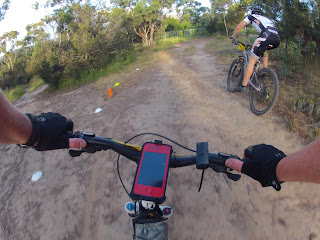 Now some may say that the fact that I turned up without a water bottle (thank you so much to that nice lady that loaned one to me) and rode my three laps wearing a Santa hat may indicate that I was less than perfectly prepared and may not have been taking this racing malarkey completely seriously, but to them I say … “you misunderstand”. 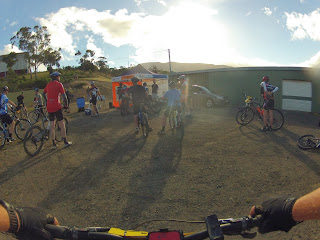 This is exactly why I inserted an actual race into my well rounded training schedule.

I now know that when grabbing my gear for race day it’s more important to have a water bottle than a go pro camera, and I also know that a Santa Cap sewn onto the top of a helmet creates a surprising amount of wind resistance.

Most importantly though, I found that all that racing stuff does me no good all when it comes to the actual results.

I seeded myself at the very back of the pack as we rode off the oval, and due to mechanical and other issues (occurring to other cyclists, not me)  I ended up scorching the field and finishing in front of four other cyclists.

“Great“, I thought, “maybe this does show that with training you get results like my number one critic suggested” … but then I saw the results and as always if you want to find me … just look at the very bottom of the page and there I am.

I mean you can’t say I didn’t give it a red hot go but it seems that nothing I do can change the inevitable.

So I’ve decided it wouldn’t hurt to let myself go a bit over Xmas and the New Year.  I can always use my program to bring myself back to peak form in the new year.