I made the observation recently that I was feeling let down in my recent love affair with AvantiPlus Sandy Bay as they appeared to have not followed up on ordering the parts they’d promised.

Eating humble pie … Scott called me up the next day to say that the parts had finally arrived and I could bring my bike in for the rest of its service.

So … I dropped it off Thursday and came back to pick it up this afternoon and I have to say it looked better than it has since, well, since I first bought it.

Scott explained (politely) that it hadn’t been in good shape, and how some of the bearings had literally disintegrated when he tried to take them out.  He had one of those slightly disbelieving looks on his face as he said this.  I know those looks very well.

They’re the ones that say “How the hell did you let your [Insert Item Here] get into this condition?“

I get these looks a lot, and know exactly what to do. I immediately put on my most innocent and contrite looking expression and asked “So how do I stop this happening in the future?”.

Scott explained that all it took was a bit of effort on my part to keep my bike clean, dry and lubricated.

… and that’s just a snapshot of the last few months.  “Yea“, I thought to myself, “How do I do that exactly?“.

But to my credit I managed to keep a straight face as I promised to do all I can to keep my bike in better condition (and I think I even meant it).

Then I paid off yet another large bike bill, thanked and said good bye to them all and immediately gave myself away when Damian asked me what I was doing on the weekend …

“I’m heading off up to explore around Tooms Lake … “

and then without thinking I added:

“I’ll probably see you Monday for another service …“

Though (without wanting to get ahead of myself), I think that was a pretty fair prediction … 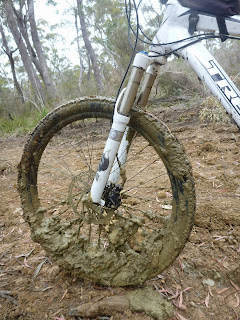 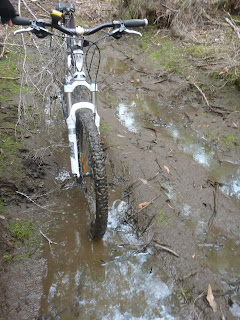 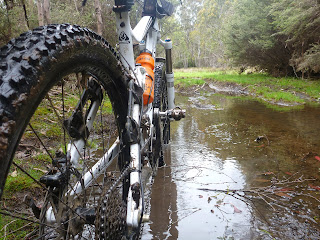 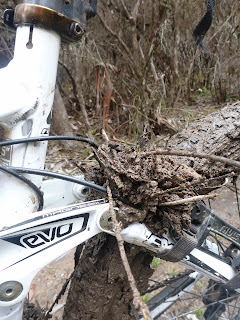 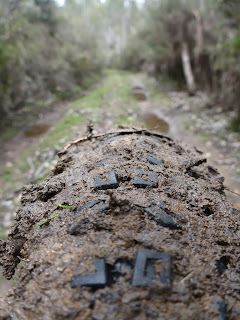 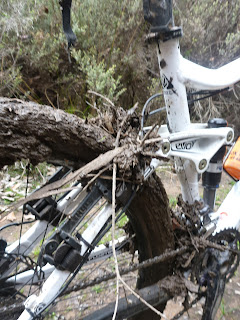 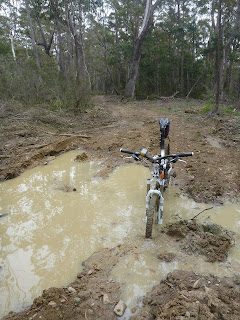 I liked Tooms Lake (more of that in another post) … four crashes and lots of mud.  My kind of riding!
But Scott, if you should ever happen to stumble across this post … I did go outside and clean down my bike when I got home.
Honest, I did.