Anyone who has read my blog for a while might recall that I’m fascinated by what I see as a disconnect between what many studies show cyclo-tourism is worth to a region, and what I can figure out it is worth using myself as an example. 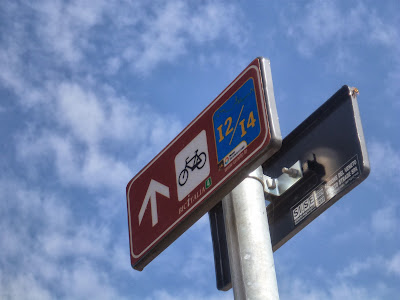 So, I’ve been home long enough now to total up the damage and get some idea of how much this last little junket to Europe cost me, and the answer is …

Yes, I know that no normal person should be able to figure out how much they spent on a holiday to anything like that sort of precision, but what can I say, I’m a Virgo and I like precision.

At least that sounds better than saying I’m mildly obsessive-compulsive.

Or that I’m a freak.

Actually, that figure is a bit rubbery as I cashed in a life time’s worth of credit card points to get a thousand dollars knocked off my airfare bill, and I’ve also included in the total above about $400 worth of bike packing gear which I bought specifically for the trip … but never ended taking over with me. 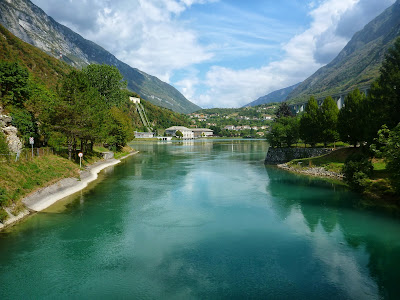 If I include all of that, the holiday would have cost $8514.17, and here’s the breakdown of where it all went … 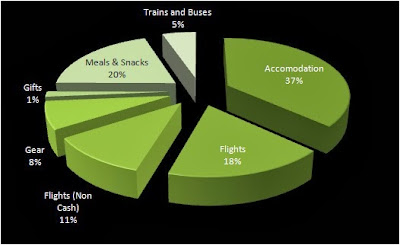 I was out of Australia for the best part of 41 days, but taking into account the distortions of flying half way around the world and back, I was only away for 40 nights, of which I spent 31 nights in hotels and B&B’s, 7 nights camping and two nights in planes and airports.

That means on average I spent about $80 per night on accommodation and $45 per day on meals and other odds and ends (Just for posterity this was at a retail exchange rate of around Euro 0.61 to 0.68 to the Australian dollar).

This is the money, as far as I’m concerned, that mainly went into the local shops and businesses along the route that benefited from my holiday … so about $125 per day, or $138 per day if you include money spent on local transport (trains and buses).

This is much less than my previous trip to the USA and Canda ($194 per day) and it’s even less than the holiday Goldfields Trip Kim and I took in Australia ($147 per day).

If, however, you include airfare purchases and other expenditures back here in Australia, then the out of pocket cost was $199 per day (or $224 per day if you include the opportunity cost of foregone credit card points). 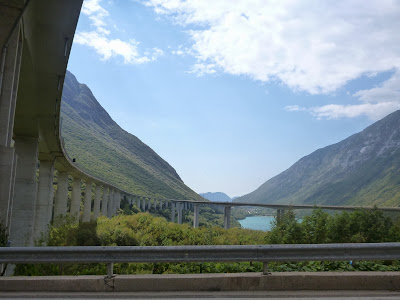 Where would I put this trip on the Budget to Luxury range?

I’d probably call it a ‘ comfort economy’ trip … it was somewhere between a budget trip and and an expensive one.

I could have saved a lot of money if I’d taken a stove with me and cooked more meals and I could also have camped a lot more, but while I didn’t scrimp on myself, I also wasn’t excessive in my expenditure, usually staying in nice three star hotels and only eating out once or at most twice a day (given breakfast was usually included with my hotel rate).

I could easily have doubled my expenditure on this trip if I’d wanted to eat out at fancier places and stay in more expensive hotels, and I did benefit from travelling towards the end of the tourist season.

If I’d been inclined to plan my trip a bit more I probably could have saved quite a lot of money on train fares as well as I always paid the highest price possible by just rocking up at the train station on the day I wanted to travel and buying a ticket.

So yea, I guess I am convincing myself more and more every trip that we as cyclists do spend quite a lot of money locally.