Just a little postscript to yesterday’s laundry story, and it starts with the observation that one shouldn’t be a smart-arse until one know’s that they’re going to get away with it …

Due to a combination of rude people also wanting to use the only washing machine (and them getting there before me), washing machine instructions that were only in German, and a defective drier, I spent nearly six hours yesterday doing that one load of washing. 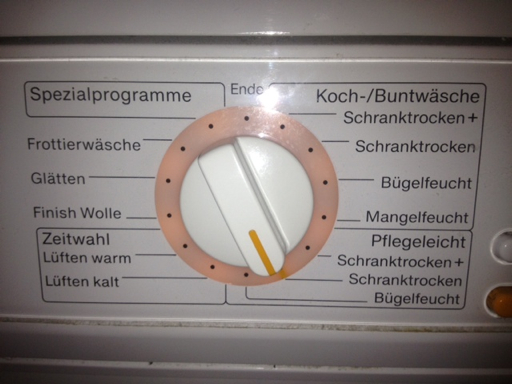 What really sucks is that due to a defective drier, my clothes stil came out damp and much smellier than when they went in.

Back to washing in the sink.