I know right!!! I should have figured the Germans would take a practicable approach to naming their cycle ways and not just use randomly selected words that are impossible to say, spell and remember. 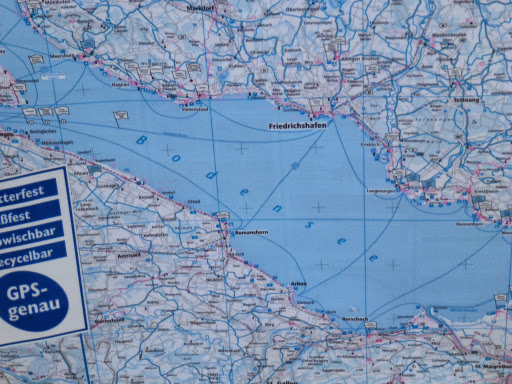 I’d kind of feel a bit stupid about my previous comments on the name, but my excuse is that I started at Salzburg, not Kodinssee so have an excuse for being stupid.

Anyway, I made it (you can celebrate and dance a little jig for me before continuing reading if you want).

It took seven days to cover the 400 odd kilometres from Salzburg to Lindau, but that was more because I decided to cycle about 60kms a day, and hence my route strategy was to simply count forward 60kms from where I was staying and then try and find accommodation in the nearest town to that point. Turns out that made it a seven day ride. 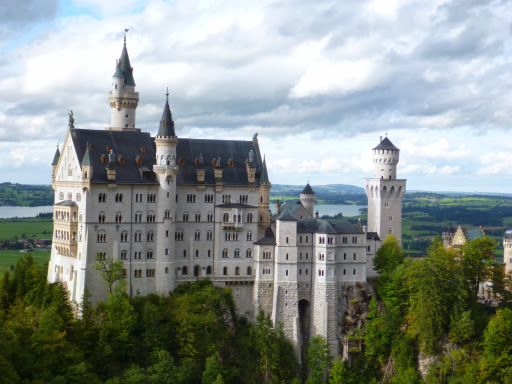 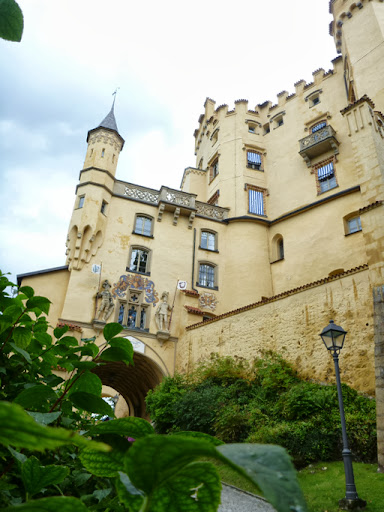 … Which I have to say was pretty worth it.

When I started out from Salzburg, I wasn’t even sure whether I’d follow this route for more than a day, and you can trust me that there were several points along the way that I wish I hadn’t, but now that I’m sitting here at the end, well I’m glad that I stuck it out. 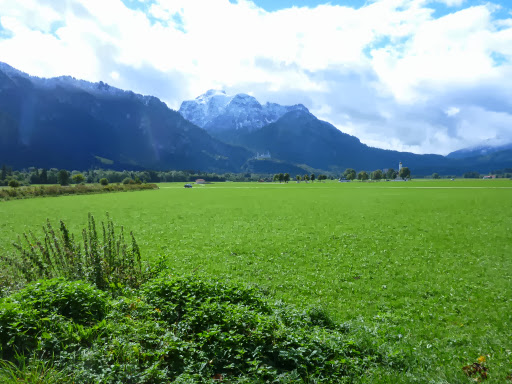 The ride had everything.

On day two, as I’ve already written about, I spent more time in bike shops than riding, but with the upside that I got my gears back, and they’ve sort of held together.

Day three from Bad Feilnbach to Bad Tolz was a real highlight, and I think was one of only two days when it didn’t rain for most of the day.

Bad Tolz was a lovely place to spend the night as well. 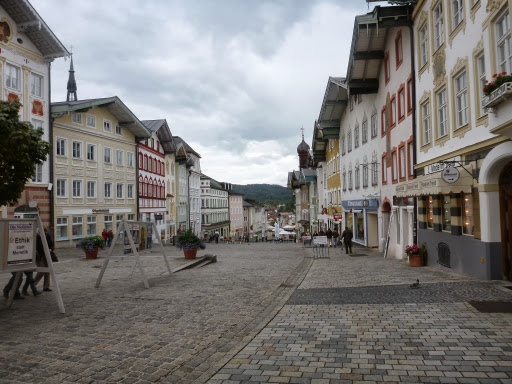 However, it pretty much rained every other day I was riding with low cloud cover usually obscuring the views of the alps.

Some days, like day four from Bad Tolz to Bad Kohlgrub, I had a fantastic time despite the rain. 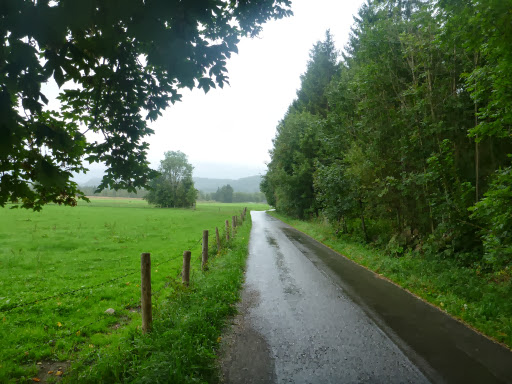 I stopped several times under the shelter of trees and just watched the rain fall and the clouds move past, I took photos of snails and slugs, and I even put some music on my iPhone and sang along with “Fun” as we belted out the lyrics to their song “Carry on” which seemd appropriate to the day.

I’m not sure what the few cyclists and farmers I passed that day made of my singing though. I got a few strange looks. 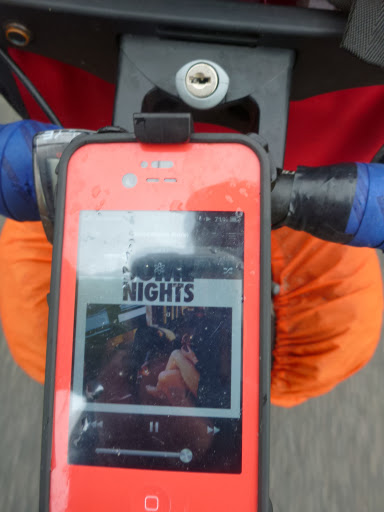 I remember stopping under a tree as the rain belted down particularly hard and thinking “This is life at its best, this is where I’m meant to be.“.

I was in such a good mood that as I was spinning my way up the long climb into Bad Kohlgrub, I saw these signs and almost caused a poor kid to crash his bike as I burst out laughing … 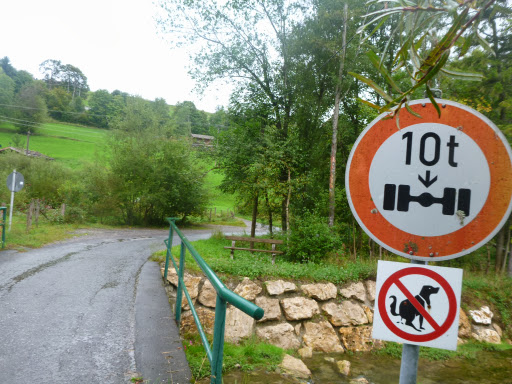 I admit with a bit of distance that maybe a sign for a 10 tonne weight limit for a small bridge combined with a no dog pooping sign probably wasn’t the funniest thing in the world, but at the time I assure you it was.

After a hot shower that night, followed by beer and pizza down at the local pub, I couldn’t think of a place I’d rather be.

After a great breakfast the next morning I set off on top of the world, crested the first hill in front of me and felt like I’d been transported to Antarctica. 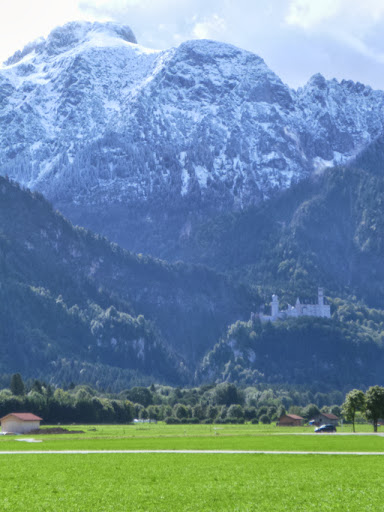 What had been rain all night at my hotel, had been snow up in the mountains and with all my warm and wet weather gear stuffed in the bottom of my panniers the next 20kms of riding were some of the coldest and most miserable in my life.

If I could have laid down next to this guy and given up … Well I almost would have. 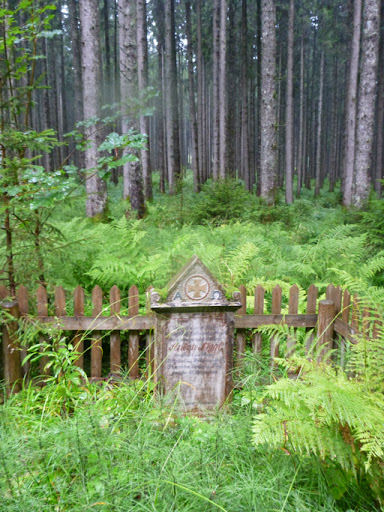 As well as the icy headwinds and sheets of rain, the route was also flooded in a couple of places and I had to make two impromptu crossings of flooded rivers.

Although they didn’t turn out to be deep, I couldn’t see the bottom in either so decided to wear my shoes for the crossings which of course meant that my feet were icicles for the rest of the ride. 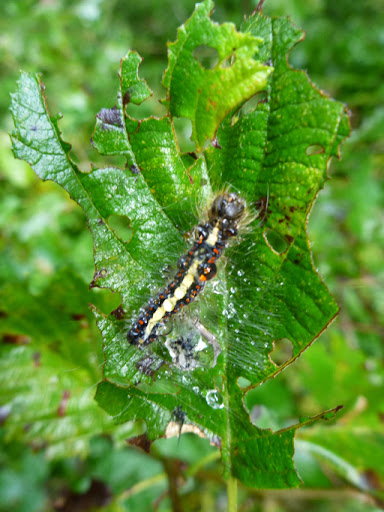 But then, as I got nearer the castles, the clouds parted and the sun came out a bit and suddenly I was greeted with this vista of the snow covered slopes and the famous castles getting closer and closer as I rode along. 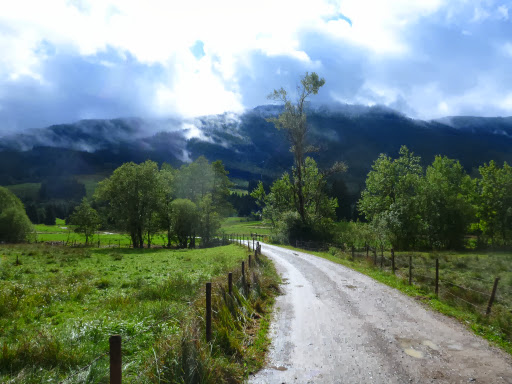 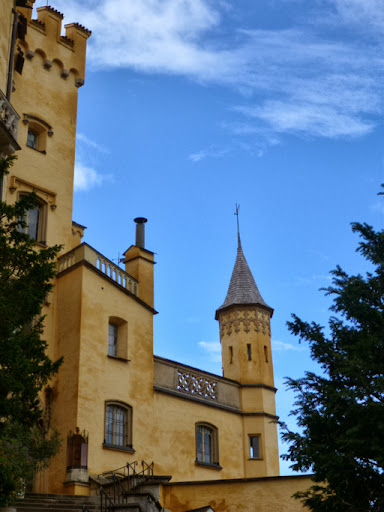 So despite promising myself twenty times that morning that enough was enough and it was time to head to France and some sunshine, after a pleasant afternoon exploring the castles I decided to carry on all the way to Lindau.

If only I hadn’t.

Day six was the day from hell. What I thought was supposed to be a flattish day, turned out to have nearly 1,500 metres of climbing, and it wasn’t good climbing. It was 100 metres up followed by 100 metres straight back down again over and over and over.

But that I could sort of handle, it was the headwinds that killed me. At one point I only managed to cover 3kms in just over 30 minutes. I can walk faster than that. 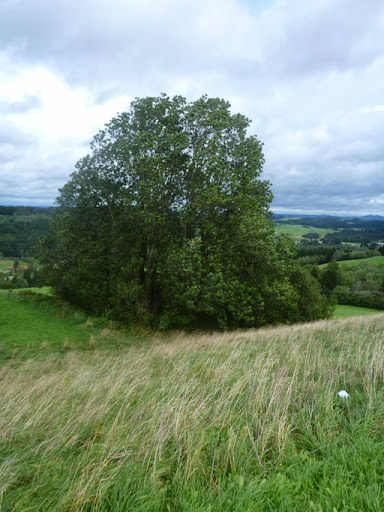 But by this point I was determined to beat this damn route (yes, I had slipped into this type of thinking) and I finally made it to my nights accommodation windswept, soaked and starving.

Of course it goes without saying that the only restaurant in town was closed that night, so with the choice of either going hungry or cycling 8kms back the way I’d come to the nearest restaurant (and then 8kms back again), I decided to stay hungry.

Oh, and did I mention that some f*#kwit hacking group decided to take down my website today as well? Yea, that was a brilliant f*#king blow against capitalism you dumb f*#ks … taking down a free website set up to encourage people to go mountain biking.

I’d love to meet them one day and show them just what ‘freedom’ heros they really are … with a baseball bat in my hand.

Sorry, that was the headwinds, hunger and three hours of my wasted life restoring the website talking, not lovely little me. I think it’s great that there’s people like those guys out there attacking people’s websites. It makes the world a better place. 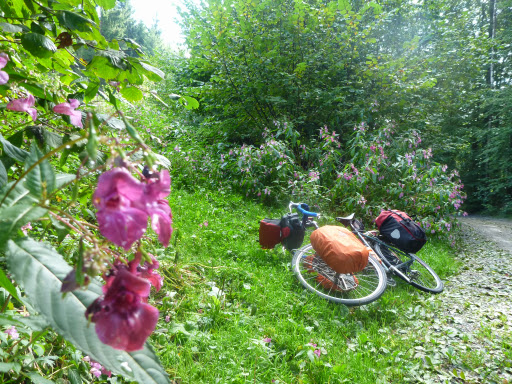 After all that, the final day was a bit of a non event.

The wind had died down (hooray), there were only a few little climbs, all of them easy and enjoyable, and I only took one wrong turn before cycling my way into Lindau and heading straight to the harbour where I rewarded myself with pizza, beer … 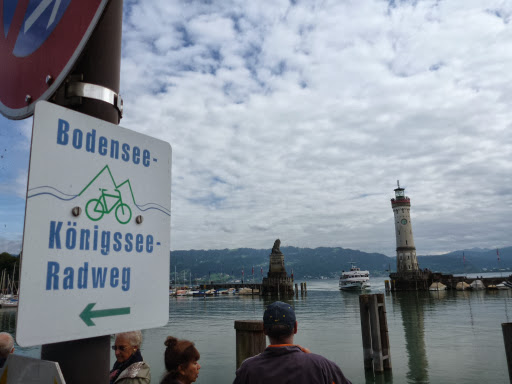 And most importantly … a train ticket out of this place …. 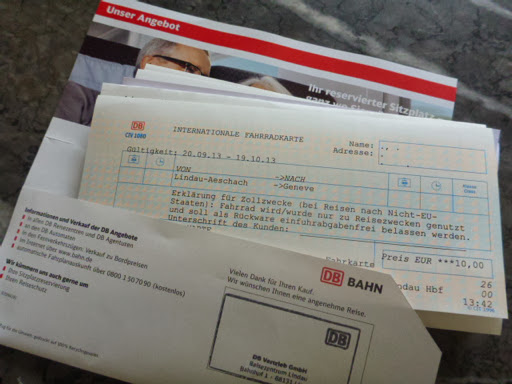 Oh, and to my f*#kwit hacker friends who took my site down for the second time last night.

May the rest of your life be like my seven days on the Bodensee Konigssee Radweg.

Challenging, but worth it.

Read into that statement what you will.