So here was the offer … My cousin Bec was heading to Bright for a week, she was driving there from Hobart and had room in her car for my bike, she was willing to pick me up at Melbourne airport and she’d already booked and paid for the accommodation so all I would have to pay was an extra $20 a night to join her.  I had Kim’s permission to go and I could pick up a return flight for under $200 return …

Decision made … I was going to Bright for a long weekend.  It was time to hunt down the remaining dirty dozen routes that alluded me last time I was up this way … 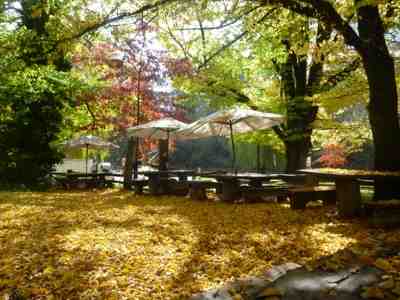 … Although I almost didn’t make it.
You see when Kim and I had headed up to NSW the other weekend, we had had a disagreement about how long we needed to give ourselves to get up and get to the flight. I was advocating for what I’ll call the ‘efficient’ approach, and Kim was advocating for the ‘no, let’s get there with more than three seconds to spare’ approach.  We both agreed in the end that Kim was right by the simple expediency that she got up when she decided she needed to and turned all the lights in the house on.  I will concede that the result of this was that we got to the airport with no stress and plenty of time to spare.
This was, however, obviously a complete waste of my sleeping time, and hence I decided this time to show Kim how getting to an airport should be done, setting my alarm to go off 30 minutes before I needed to get to the off-site airport car parking, which I figured to be a 20 minute drive from home giving me 5 minutes to stumble into my car and 5 minutes up my sleeve for emergencies.  That’s planning … John style.
Content in this approach, I then went to bed at about 10pm … and proceeded to toss and turn all night stressed out about missing my flight.  Fortunately this was a good thing because at a bit after 1am I suddenly realised something … My flight was at 6am, I needed to be at the car park at 5am … But I had planned off the flight time and had set my alarm for 5.20am.  Sh#t!
In a panic, I abandoned my principles quicker than a Eurovision finalist does a reveal, and reset my alarm for 4am … then I set a second alarm for 3.45am just in case.
I finally got about 30 minutes of solid sleep, but more importantly I did get to the airport on time and onto my flight.
Once in Melbourne we had to abandon our plans to meet up with Kerry due to that horrible truck crash which gridlocked traffic, so instead of a lovely breakfast in the Rustic Duck Cafe …. We had McDonalds at a 24hr petrol station on the Hume highway, but we did make up for this with a much more relaxed lunch under the gorgeous autumn leaves at the Ginger Baker in Bright. 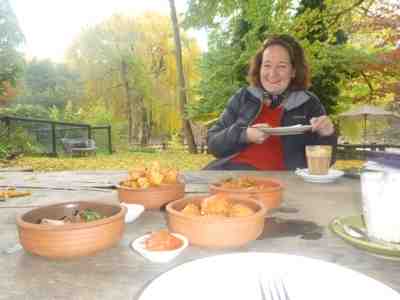 I was flagging a bit at this point, so we agreed to go out to our little mud brick cottage and settle in early (OK, so I needed to have a nana nap, get over it) before we headed out for an evening ride to check that the bikes were still working (mine hadn’t been out of its bag since the Convict 100).
Now, confession here.  Many years ago when I first heard about the Murray to Mountains rail trail I was all gung ho to come and ride it, but then I’d headed up this way to ride the Dirty Dozen MTB routes and noticed that the rail route seemed to pretty much follow the highway the whole way, which led me to the conclusion that it was a pretty stupid idea.
I now think I may have been wrong. 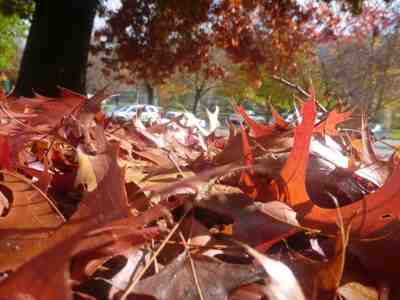 You see, autumn is kind of at its peak here at the moment and our short 20km out and back tootle along the rail trail with the setting sun, the falling autumn leaves and the wonderful vines … well it was blow you away beautiful. 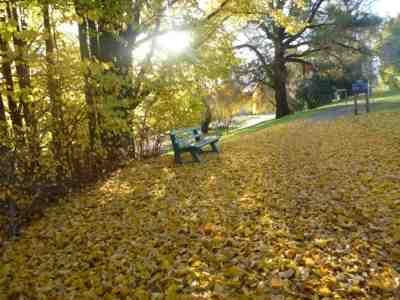 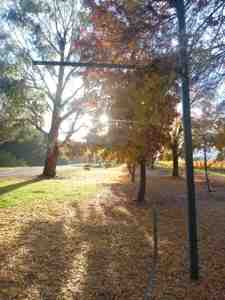 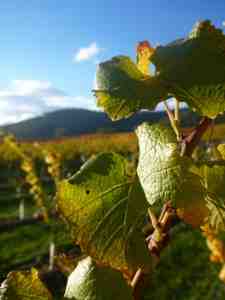 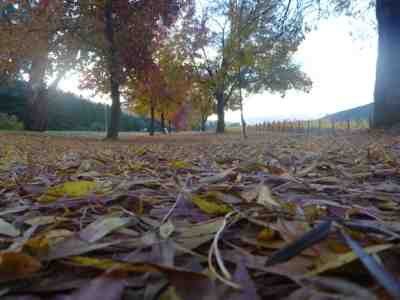 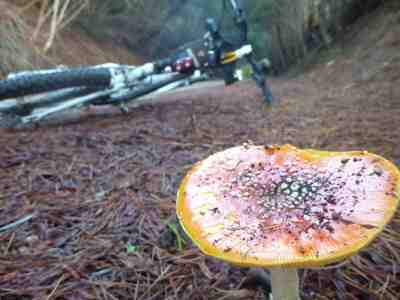 Oh, and the fungi.  Can’t forget the fungi.
I’m still not convinced that I’d enjoy spending two days cycling the whole route, but I certainly re-tract my uneducated earlier opinion that it would just be boring, especially at this time of year.  Even being so close to the highway couldn’t detract from the ride, in fact I barely noticed the traffic the whole time.
What I did notice was the way that my bike gears were still skipping badly on the downstroke on the right side, and an inspection out by the Boyneton vineyard turned up an unwelcome surprise … My bike hadn’t faired so well in transit with three broken teeth on the big front sprocket and, more critically, one bent and broken spoke on the middle sprocket which was causing the skipping. 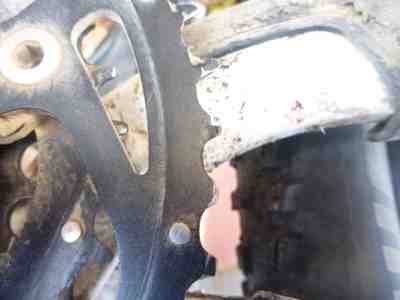 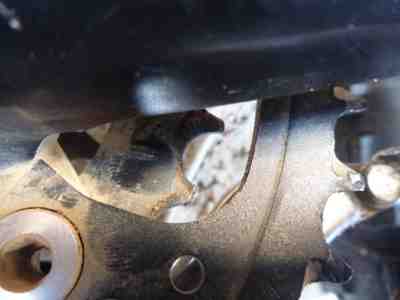 Still the hills were here, the trails were here, and I was here … There’s only one thing a rambler can really do when those set of circumstances conspire … go play, and pay for the damage later.
Looking forward to tomorrow, big time.