Ever tasted something and just wanted more, but you just couldn’t fit it in … Well if you have then you know how we felt at the Whakarewarera Mountain Bike Park today. 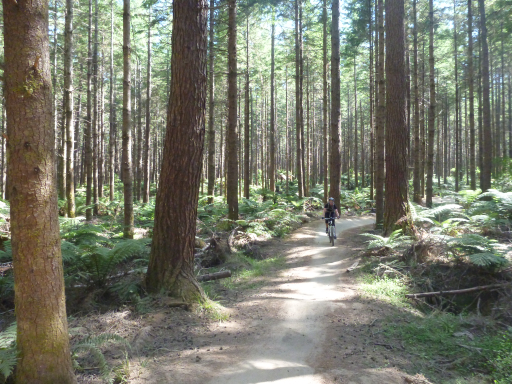 We only touched the trails over here in Rotorua … I doubt if we covered more than 10% of the reputed 100kms of single trail in this park … But what we saw was up there with what I’ve seen anywhere in the world, and for those who have followed my travels over the years then you’ll know that covers a fair few countries and even more trails, including many of the ‘big ones’ when it comes to MTB tourism. 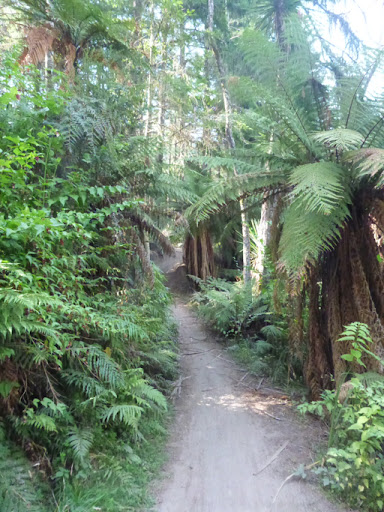 The trails we rode were mainly the easy/intermediate ones and as such were fast flowing and easy riding, but I did see some good obstacles around, and I can see that in peak season when the shuttles are running, so you can just ride downhill all day, that this would just be awesome place to get to know the trails and have some serious fun. 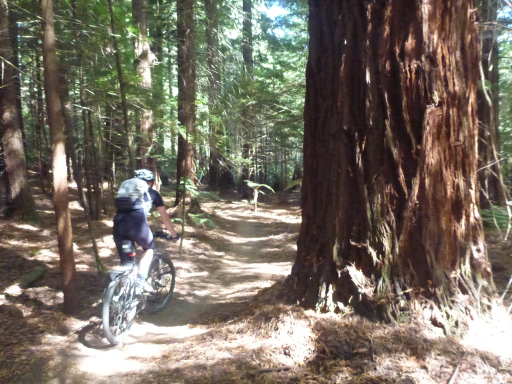 However, we were both feeling a bit washed out today after a weeks touring on the bikes, illness and various injuries and so after knocking out our first set of trails and heading back to the bike centre we looked at each other and neither of us really had the energy to go back out and play again. 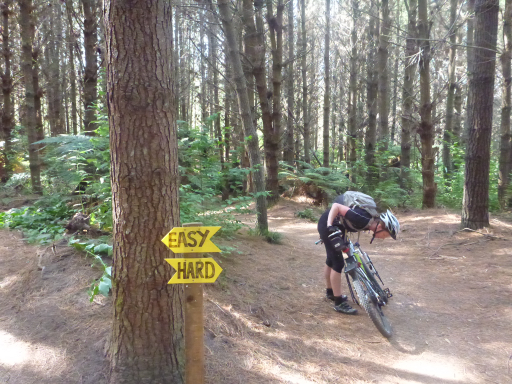 I’m not sure if I was being overly sensitive but there appeared to be a real snobbishness around town and out on the trails. Several cyclists we met just looked at our bikes (I’m on my very old Norco Charger which has V brakes and full touring racks if you kiddies can remember what those are) and then they looked right through us.

We caught up to a group of cyclists having a rest on the trail, so passed them to continue on our way, and one of the guys tried to block our path to tell us we couldn’t go past as they were about to ride that trail. He then loudly complained about their whole group having to wait for us to get far enough ahead.

I can’t tell you how much I enjoyed sitting at the other end of the trail sipping from my water bottle as we watched them gallop out of the trail trying to ride us down … Tee hee. 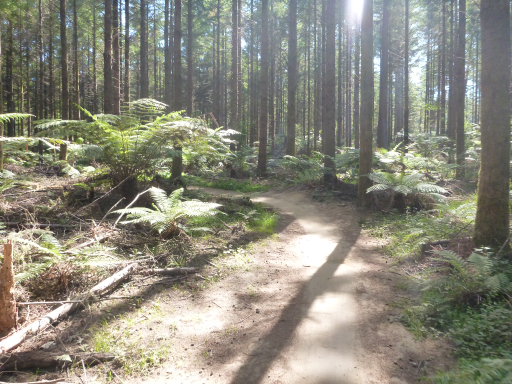 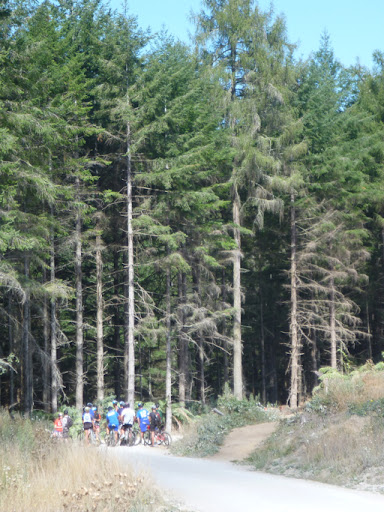 The park is fairly well signed, but not brilliantly so. The trail map, understandably, has too many tracks to make sense of until you start to ride them, and many of the signs out on the trails are missing, and there are many other signs out there for Enduros and closed sections which just got us confused.

At one stage we were at a trailhead for a recently logged section which we had just seen another group ride down, but which seemed to say it was closed, but managed to do it in such a confusing way that I really wasn’t sure … 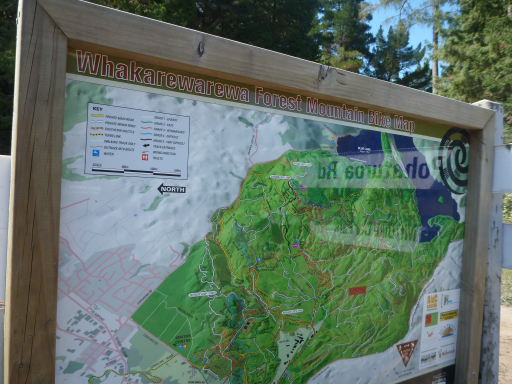 I was really impressed with the way logging and mountain biking coexisted on the site. The owners were still logging it, but were obviously trying to be good land managers, logging the forest in smaller sections and considering how it would affect the trails.

As it was privately owned, I give full kudos for that. 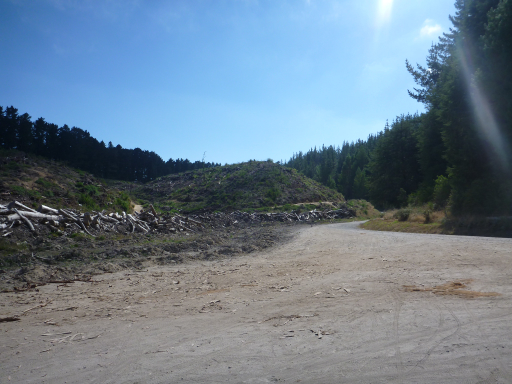 Overall, I loved this place and am already thinking about putting aside another couple of weeks, heading back over here, hiring a camper and just exploring the trails in this Country.

New Zealand has certainly set a high bar for what’s on offer for mountain bike tourists, and I’m sure it’s no surprise when I say Tassie has got a long way to go before we get there.

But we’ve still got our own trails, we don’t have many bike snobs and it’s home.

Looking forward to getting back there.