What do you do when a river doesn’t have enough water in it to go rafting in it?

Well obviously you just go down it … without the raft … 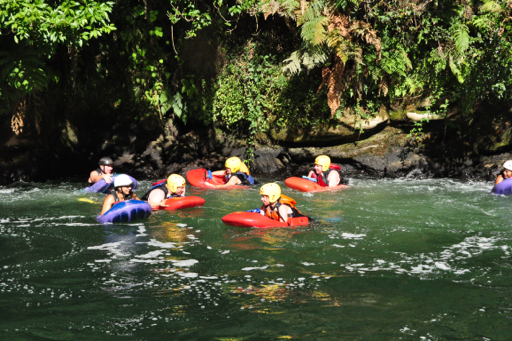 Yes, due to some quirk in the rules which I never fully understood, although all the rafting companies had been advised that they must stop rafting down the local river, they hadn’t actually been told they couldn’t sledge down the river, and so despite Kim’s slight lack of enthusiasm (she kept coming to me with these brochures of mud baths and massage centres and sighing about how we were doing all these things I wanted to do) …. we went sledging!!! 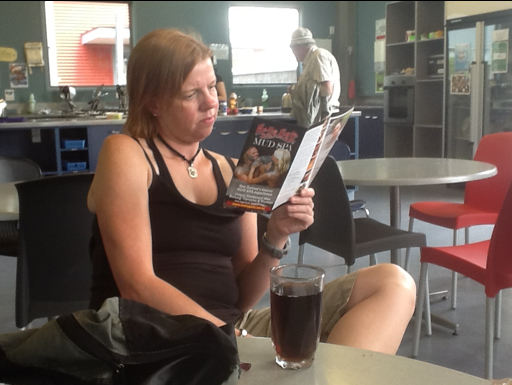 Now in case you’re getting this type of sledging mixed up with traditional sledging … where we spend five days whacking a hard ball around an oval whilst trying to think of whitty, yet hurtful, comments to throw at each other, in this kind of sledging you just launch yourself into a shallow river on an unstable, unsteerable piece of plastic which the guides have just spent 20 minutes assuring you will kill, maim and injure you in a multitude of painful ways … and off you go. 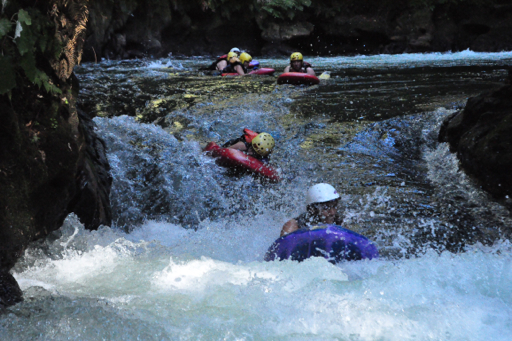 To demonstrate to Kim that there was nothing to fear, I headed down the first little rapid and prompted wrapped myself into a rock knee first. My white pallour and small whimpers of agony did not imbue the confidence I was hoping, and Kim’s first rapid also didn’t go super well … 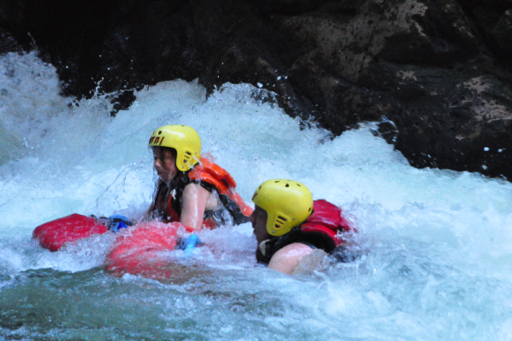 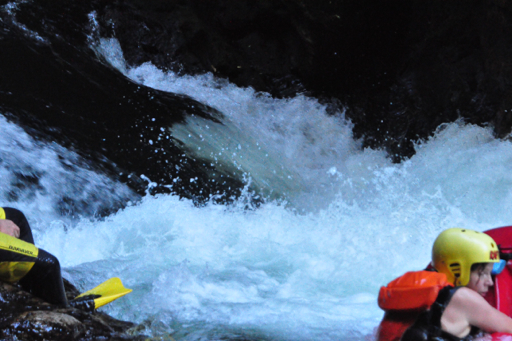 But, we persevered … for the little good it did us. The sledges got no more steerable and we still managed to both nearly drown ourselves.

Me first of course … 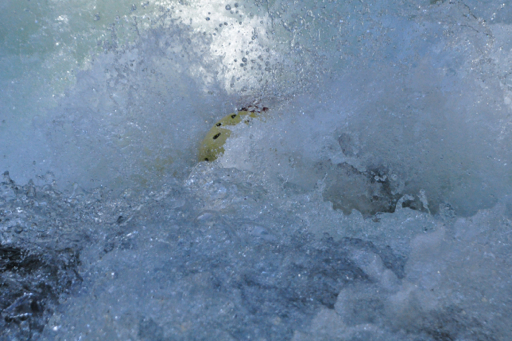 Then Kim, with style (all we were told to do on this rapid was make sure we take the left side of the rock) … If you’re wondering which rock, then it would be the one on Kim’s left as she goes down the rapid on the right side of the rock. 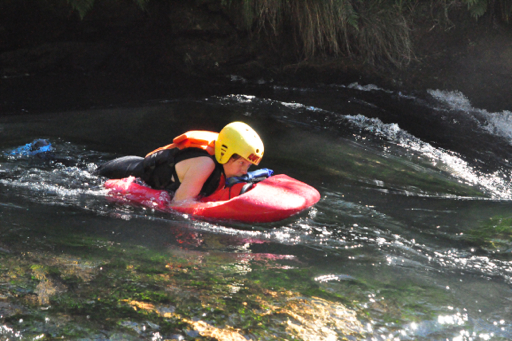 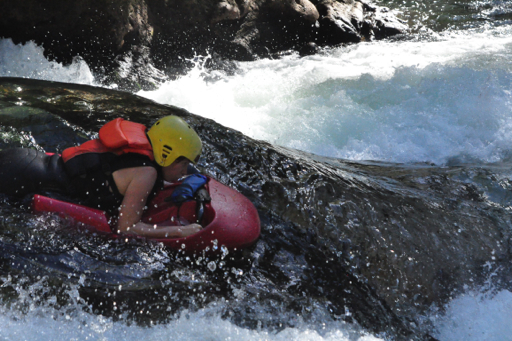 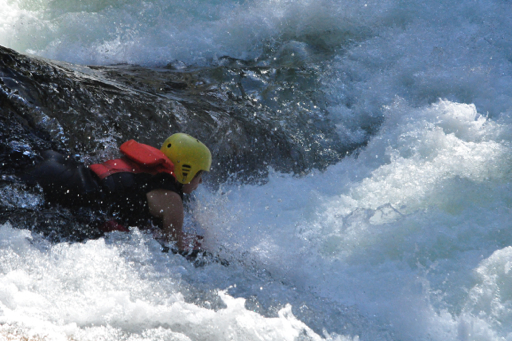 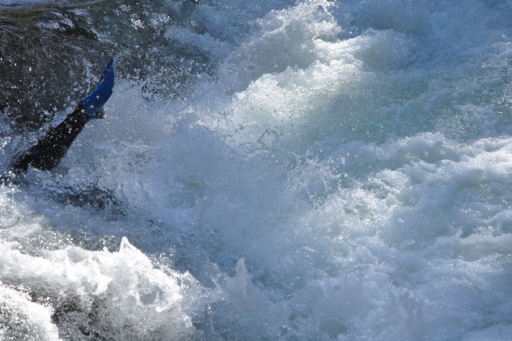 … and that was the last we saw of Kim.

No, truth be told it was kind of a fun thing to do, but the guides really did overdo the death by sledge routine at the start, and they are hard to steer … A problem not helped by the fact that the guides, much to my annoyance, just assumed that we were all incompetent so didn’t really give us a chance to test the darn things out.

As soon as we were half a metre off line they were yelling and screaming at us, despite the river just being a little grade 2/3 and this wasn’t fun.

If I can’t play, well I may as well not have been there. Ramblers are made to ramble, not follow others paths.

Oh, and for the record. Kim has just booked herself into a full mud bath, sulphur spa, Miri Miri massage and mud facial for tomorrow.

I wanted to go to Hobbitown … So I don’t always get my way.