So about a year or so ago I bought myself a wizz-bang, waterproof, GPS enabled, miniaturized contour video camera.

It was kind of fun to use, but I soon found that the video footage took ages to put together, and to be honest my efforts at video editing suggested that I was pretty hopeless at it.

Then my laptop hard drive failed and I lost the licensed version of Microsoft Live Movie Maker which had come with the computer so I couldn’t make videos anymore.

Soon thereafter, the contour camera was put up onto the shelf along with all my other failed technological explorations and I moved on.

Which leads me to what arrived in today’s mail, and begs the obvious question … why??? 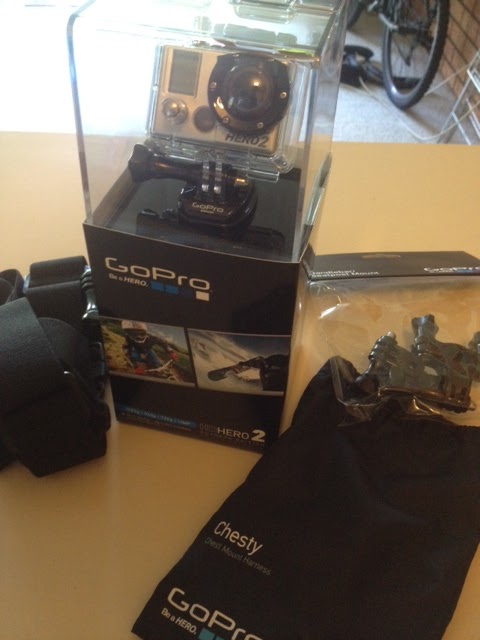 Seriously, does anyone know where I get these stupid ideas from?  anyone want a video camera?