A car gives us so much freedom – it allows us to see so much more than we’d otherwise get to see.

The only downside is that you tend to see most of it at 65 miles per hour.

The other big advantage of travelling by car is that it makes it so much easier to correct your mistakes.  I’ve slowly made my way from Crested Butte down to Durango, and then back across Southern Utah over the last couple of days with the aim of getting to Zion National Park either today or tomorrow.

Yesterday, I pulled into the Natural Bridges Natural Monument, and spent half a day just kicking around exploring.  As you can hopefully see it is a beautiful area. 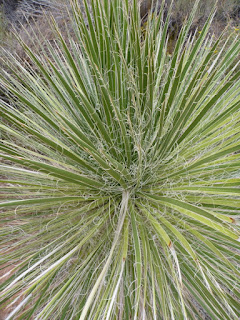 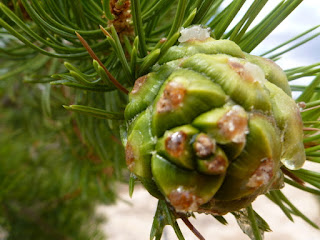 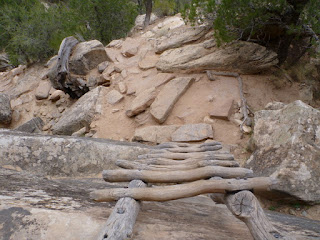 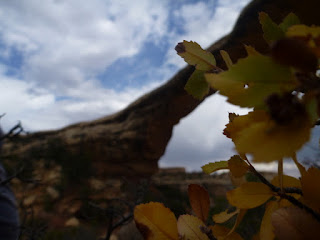 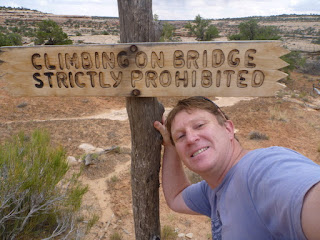 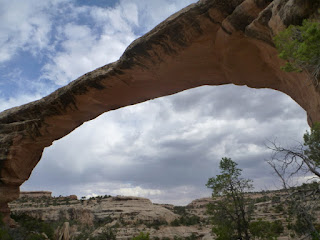 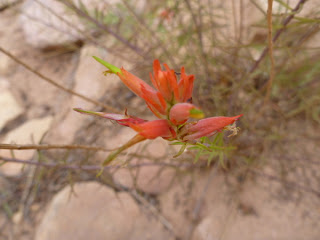 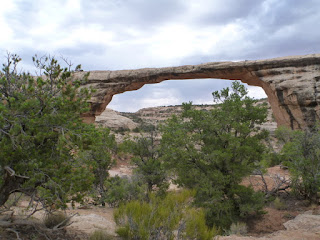 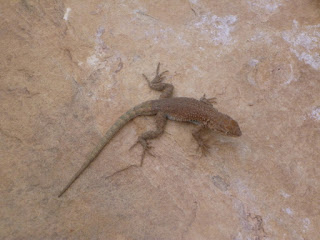 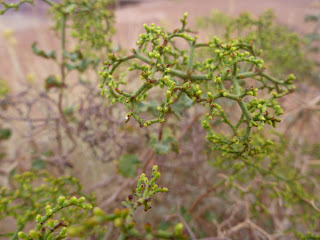 I figured I’d had enough sightseeing at about 4.30pm and decided it was time to head to the next town on the map, Hanksville, as I was getting a bit hungry and was starting to think about where to crash for the night.

I locked Gypsy onto Hanksville and was somewhat surprised to see it was over 200kms away.  Oops.

Now on a bicycle this would have been a catastrophic miscalculation, but in a car, well it’s only a couple of hours away, so I put my foot down and enjoyed a wonderful drive along some of the most amazing roads I’ve ever driven.  It was real Forrest Gump running across America imagery, and so different from the Imterstate. 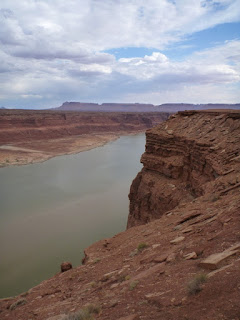 As I got closer to Hanksville, the sun started to set and the whole plain was bathed in these vivid yellows and greens, I tried to capture it on film, but, well, it turned into a bit of a blur (you try holding a camera out the window in you left hand whilst driving at 65 miles an hour). 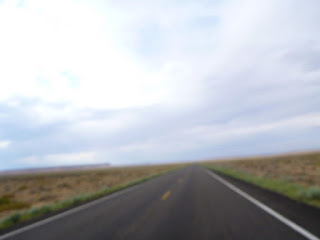 Finally pulling into town around 6.30pm, I felt like I’d driven into a set of some horror movie with neither the hotel or the campsite looking overly appealing, so I checked with Gypsy, and sure enough there was a Rodeway Inn … just another 25kms down the road.  A hop, skip and a jump in a car.

20 minutes later I was standing in the reception of the hotel only to find they had just one room left and it was well outside my price range (well for what I was prepared to stay in a Rodeway Inn) … not a problem, it was only another 50kms down the road to Torrey and I was sure to have a few more options there, and thus begun a wonderful sunset drive through Reef Canyon National Park.

I finally pulled into Torrey around 7.30pm, booked myself into the first hotel I came to that looked half way affordable – The Days Inn – before heading down the road to the local burger joint that the lady at the reception recommended.  Just on 8pm I finally got to munch down on a good old American Burger and fries in the cool evening air.

Looking at a map, I drove half way across Utah in a single day, and probably 100 miles further than I planned.  But I could do this, and do it easily and cheaply (gas is still only $3.60 a gallon over here), because I had a car.

Which brings me to this guy … 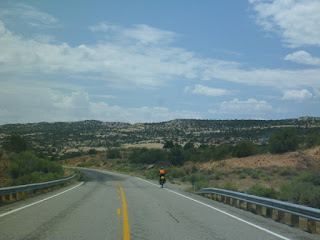 I passed him way back before I got to Natural Bridges National Park and, at a guess, I’d say that was probably where he was heading for the night.  It would have been a hard ride for him to have got there though.

At my riding pace, he probably would make the trip I made in a single evening over the course of 3 to 5 days.

I know this is easy to say as I sit in my hotel room with my car waiting outside, but I’m missing the cycle touring on this trip.  I’m missing having to earn where I want to go.  The constraints of being powered only by your own ability to move forward makes you appreciate where you are going, and where you have been.

Don’t get me wrong, travelling by car has a lot going for it, but personally after a few holidays in the car, I really miss my bike. 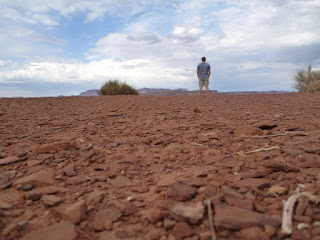 Don’t upset the car … after posting this blog yesterday I drove from Torrey down to Hurricane, and about an hour into the drive the air conditioning gave up.  It is not fun driving for 4 or 5 hours in 40+ degree heat without air conditioning.  Not fun at all.