So I decided to be very sensible and have a chillax day today – pick up my Zion wilderness permit, organise my car shuttle and get my gear ready for a two day hike.  Maybe I’d go for a short hike on one of the trails in Zion … maybe.

I knew for a fact that I wasn’t going mountain biking because I had already spent an hour cleaning my bike back in Colorado in preparation for putting it back in its bag for the flight home.  No way was I taking it out on any dusty, dirty trails  …

Nope, no way was I going to do anything as stupid as that … because I also knew exactly what would happen if I did.  After waiting two years to get back here and finally go and explore the narrows, I bet if I went mountain biking that I’d do something stupid, crash my bike and end up taking the skin off my leg and injuring my shoulder, just like this idiot did …

And there was no way I was going to do that.

But then, I got to thinking about how the Fat Cyclist kept on writing about these brilliant trails down near St George, and I thought to myself … there aren’t any good mountain biking trails near St George.  None.  So I thought I had better google it and see what he was on about … you know, just for research sake. 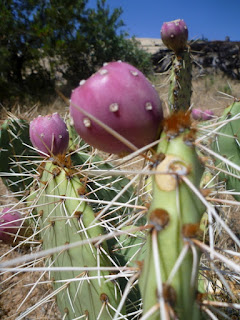 That’s when I found this post where he claimed there was not one, but three brilliant trails down this way.  A bit more research and I found out the problem.  These St George trails are all actually out near Zion National Park …. they’re nowhere near St George.

Hey now … I’m near Zion National Park. This can’t be a coincidence.  It must be destiny.

… and just like that I was going mountain biking again. 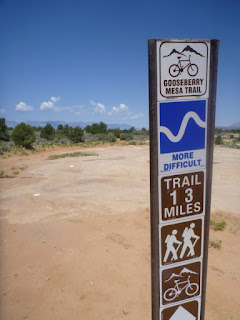 I dropped into the local bike shop just outside the park, and the owner there was super helpful – to be honest I would never have even found the trailhead without the directions he gave me as it was nearly 13 miles down this very dodgy road, with directions like “take the third turn, just past the dying cactus”.  OK, I made that up, but seriously, without a map and directions you wouldn’t just stumble onto these trails.

For no better reason that it was the only name that I could remember from my previous nights research, I asked how to get to the “gooseneck trails”.  The shopowner kindly pointed out that I actually meant the “Gooseberry trails” and then pulled out the map and talked me through all sorts of combinations of trails I might want to consider riding seeing I only had a day.  As you would expect most of this went in one ear and out the other and I just figured I’d try and ride them all.  Seemed easier.

But then I got there, I started riding, and I just fell in love with these trails. 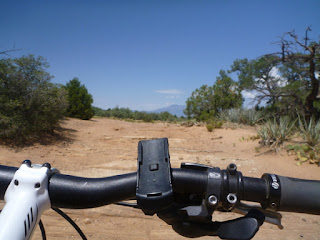 I started out from the White trailhead, ducked off onto the SlickRock101 (Practice) trail which was just the most awesome fun, then with a bit of confidence under my belt jumped straight onto a black section of the North Rim Trail, which, if my travel insurance didn’t have a clause in it which said I’m not covered for dangerous activities such as mountain biking, I might admit I came a cropper attempting a short, steep climb in the wrong gear.  Fortunately, soon thereafter the North Rim Trail drops back down into intermediate territory and I just spent the next hour tackling slickrock and sand, firing up short climbs and bombing down  technical drops whilst all the time being just metres from this sheer drop off the top of the Mesa.  It was just awesome. 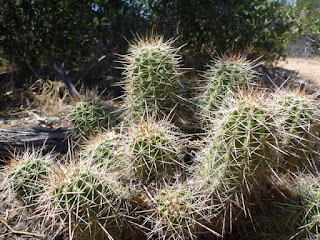 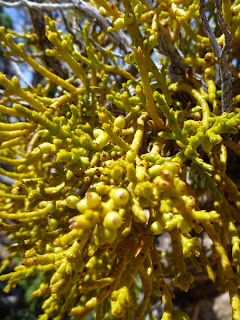 I finally dropped back out at the end of the North Rim trail and then after riding up the white trail, I rode the final black section out to “The Point” where you have these expansive views right out over the valley.  Did I mention this ride was awesome.

After an orange (as in fruit) break, I realised that my leg was stiffening and getting quite sore, so I took the easy way back to my car along the White Trail (what a hoot).  I love that on this ride, the white trail is a green route, but if you want to ride some black trails, then you could always cut off onto the yellow trail … or maybe that is only funny if you were there. 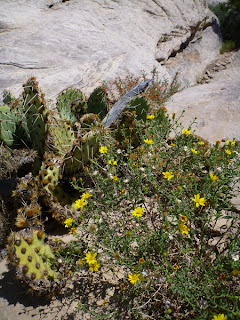 Yep, I’m calling it, and it’s a big call … I think that these trails may be the best trails I’ve so far ridden on this planet.

It was definitely worth the scratches … not that they happened … and just goes to prove my belief that often the best things in life are the small, unplanned things that just happen.

What a brilliant day.