Crested Butte is, I think, the third place I’ve come to on this trip which lays claim to being the birth place of mountain biking … 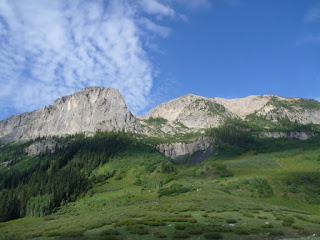 But I think Crested Butte has a few things going for it that the others don’t.  Firstly it’s goddamn gorgeous, secondly every person I talked to who lived here is “only here for the trails” and thirdly … I like the fact that they don’t feel the need to give their routes fancy names … they have one of the best trails in Colorado, and they simply call it … Trail 401. 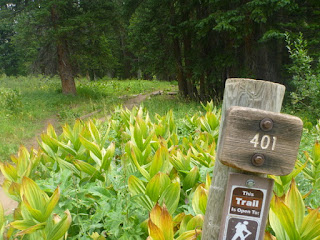 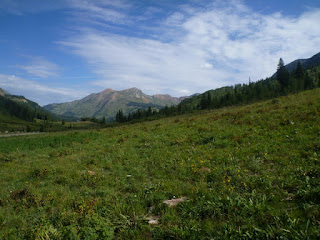 Today I planned on cycling 401, but the problem is it is up there (see mountain in picture above) and I was down here (where the picture was taken from).

Yep, unless you organise a wussy, girly car shuffle to the top, you started this ride by heading uphill for the first 5 miles, and given that the “uphill” starts at an altitude of nearly 3000 metres, this was a pretty daunting warm up.  Hence my sitting on my butt for the last two days adjusting to the altitude.

What surprised me was that my laziness worked.  I really enjoyed the ride up, it had a few steepish pinches, but it was all on gravel roads, I had it mainly to myself and well the riding was just gorgeous.  Plus I made it the whole way without pushing woo hoo! 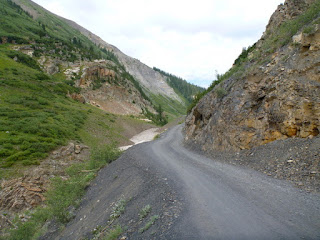 Unfortunately, just as I got to the top of Schofield Pass where you officially turn off onto Trail 401, several car loads of those wussy car shufflers also turned up … though I forgave them slightly when they all jumped out and formed a wall of cheering supporters for me to ride through as I came to the top of the pass … very slowly.

Trail 401 starts by going further uphill for the first 1.3 miles, but other than the altitude it is all rideable, and I even got to see a couple of deer just next to the path when I was stopped for an ‘oxygen break’. 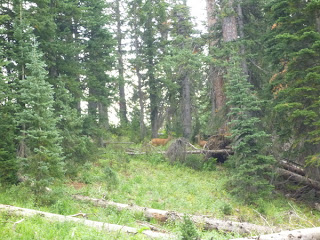 After a final push to the top, and a rest … it was time to see what all the fuss was about … 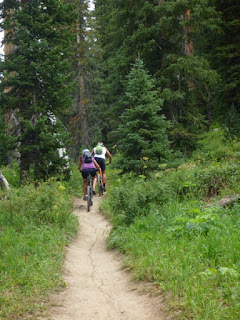 It was about a lot … it’s hard to capture the top section of this ride in words or pictures, but fun is a very good start, and breathtaking also needs to be in there somewhere … 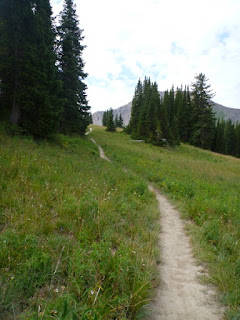 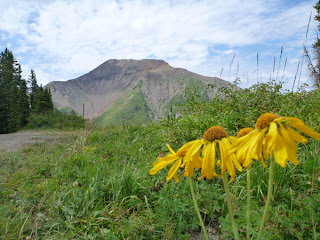 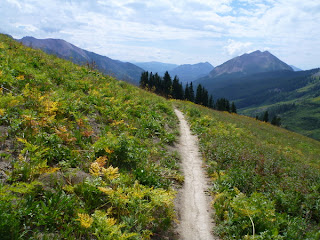 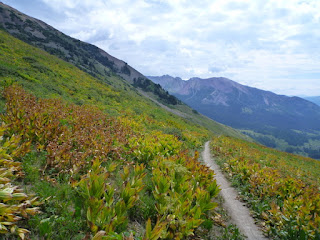 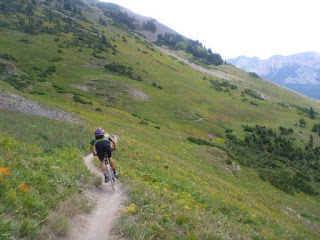 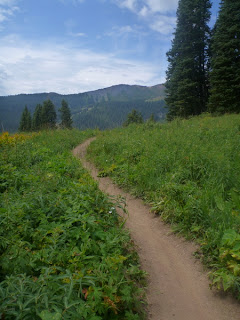 I was pleasantly surprised at just how much height I had gained (now I understood the cheering) but more importantly this was my first high altitude ride and let me tell you it is something else again.  You go screaming down these narrow tracks and just to your right … is … well …. nothing, just a great big ruddy drop.  Well not exactly a drop, but more a very steep slope which screams “this is going to hurt if I miss the track … it’s going to hurt lots”.

You might think that this is a bit melodramatic, but what I wasn’t expecting was that the track weaves in and out of the slope following the contours of the land, and often you’d go flying into a gully and then accelerate out only to come over a jump and land a tyres width away from the side of the track with all your momentum moving outwards … now for someone like me who suffers a bit from vertigo, well this is just very scary and very cool … and no slowing down was not an option to be considered.

But, all good things come to an end, and before I knew it I was back down at Sulphur Creek where the trail guides recommend you follow a second section of single track back to Copper Creek (where I parked my car) rather than follow the boring road down.

I should have known when the couple I was cycling with (who had ridden the track before) stopped at this carp park and didn’t go any further, but that’s the benefit of hindsight … I didn’t know so I started heading up again, and well it did have it’s positive moments … beautiful meadows filled with yellow flowers, fun bridges and some lovely forests to ride through … I even got to see my first series of beaver dams … 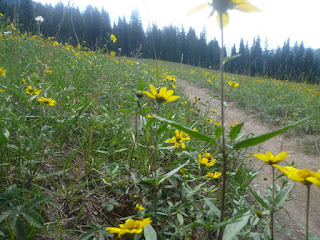 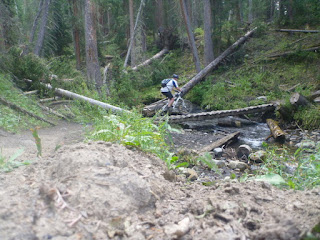 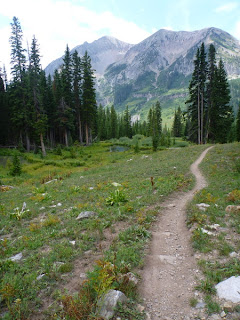 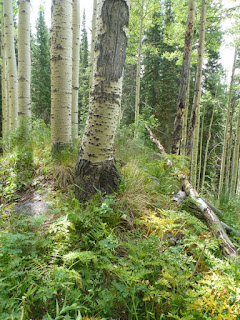 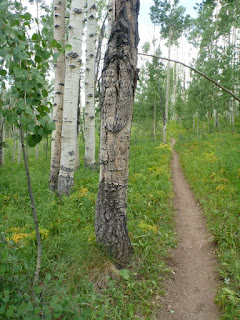 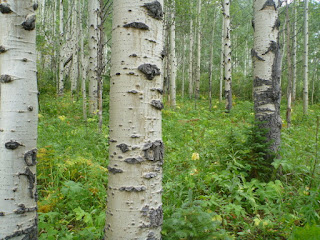 But … I wasn’t expecting the difficulty of this trail … it seemed brutally hard compared to the rest of the ride, probably because I was tired, and what annoyed me most it was absolutely covered in … thinking of a nice word here … horse droppings.

As I was putting my bike back in the car and getting changed, I noticed a lot of other riders just coming straight down the road rather than the section of trail I just rode … in fact no one came down the trail I just rode.  Yay the guide book.

I’ve completely worn through the new pair of socks I brought with me (in just three weeks) and that stain you can see in the picture below to the let of my sock is the hydraulic fluid which is leaking from my rear brake line (Thanks again Amtrak).  Both my front and rear brakes are failing badly and don’t work realy well for the first 20 minutes of a ride, but I think I’ve only got one or two more rides to get through. 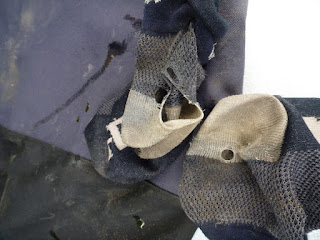