A long time ago I read a magazine article about paddling with Orcas off Vancouver Island and I thought “I have to do that”. 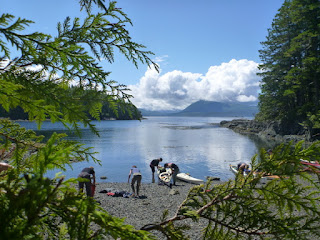 However, unlike the thousands of other times where I’ve thought “I have to do that” and then promptly forgot about it, this time the thought stuck around. It rose and fell in my priorities until a couple of months ago when I started thinking about coming to Canada to go mountain biking and suddenly I found myself organizing my mountain biking trip around the chance to go paddling with Orcas.

You have to of course understand that when I say “plan” I use this word very, very loosely. For example, I planned to fly into Vancouver to go to Banff, which in the world map on my atlas looked right next to each other … turns out it’s a two day drive to Banff from Vancouver … something I finally figured out about two weeks before flying out here. Also turns out that I’m not going to Banff this trip.

Anyway, there’s a pretty bewildering array of companies and tours if you ever google “sea kayaking with orcas on Vancouver Island”, but eventually I realized after reading and re-reading all the options that until you went and did it you won’t know if you picked the ‘right’ one, so the only thing to do was to book and hope.

I chose a four day “Orca Lite” trip with a company called Spirit of the West.

So firstly let me tell you some of the negatives (and why if I ever came back here I probably wouldn’t go with this particular company again). Firstly although I kind of guessed from the blurb that there wouldn’t be too much paddling on the first and last days and that it would be pretty cruisy paddling all around, I was still let down by just how little distance we actually covered.

We didn’t get onto the water until 3.30pm on the first day, and then only paddled 5kms down the coast to our camp. Little did I know that that was pretty close to the furthest I would get from Telegraph Cove (where we launched) in the whole trip. 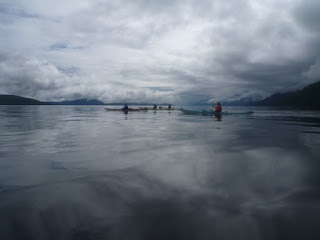 The second day we paddled over to Hanson’s Island and then spent the day playing around in a maze of little islands called the Plumper Islands. It was great fun, and I’ll come back to that later, but in 5-6 hours of paddling we covered just 12kms. We ended up camping at the companies base camp on the second and third nights, which is directly across the channel from Telegraph Cove – probably 3 kms in a straight line.

On the third day we went for a short (3km) paddle down the coast of Hansons Island, before turning around and paddling back to a cove right next to our camp for a walk through the islands forest, and then on day 4, we paddled back to Telegraph Cove, which was about an hour and a half on the water. Our longest day was therefore 12kms, we never got more than 5kms from where we launched and most days we only covered 6-10kms paddling.

I should also mention that the we never came closer than six nautical miles to the actual Orca Reserve where the resident Orca families congregate, which is where I really wanted to go.So yea, if I ever came back I think I’d look at just hiring a kayak and doing my own thing.

On the plus side, we were lucky with our guides …. our chief guide, Meredith, had just finished a 60 day paddle from Alaska to BC, so she was pretty awesome, and our other guide, Robyn, had worked the previous year educating boaters on being ‘whale wise’ (ie. keeping a minimum distance etc.) so between them they had a wealth of knowledge and experience, so this was pretty cool.

But I flew half way around the world to see Orcas, and it became pretty clear from the very first briefing that this wasn’t likely to happen. Out of the last three trips that Meredith had taken, only one had seen any Orcas, and she later admitted that this was on the water taxi on the way back to Telegraph Cove after the trip.

Later (on the water) they informed us that only 2 of the 16 resident families had returned to Johnstone Strait this year, and so all the talk was about ‘putting ourselves in the best position possible to see them” (by coming to Johnstone Strait) and then we had to let nature take its course. To me this was code for “we have buckleys chance of seeing an Orca”.

But here’s the upside … day ones paddling was beautiful. This is not country where the beauty is subtle or sneaky. You just look up or out and it slaps you in the face and says “here I am, you know it”. We had a small pod of porpoises head past us even before we were out of the marina, and just paddling a few metres off shore in amongst the kelp, clear water and rainforest was enchanting. It was somewhere around this point that I decided to forgive the company for their little lack of information about Orcas, because this was worth coming to see. 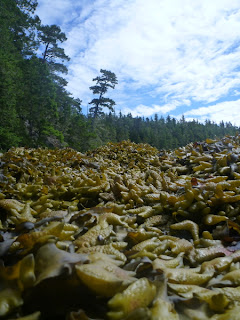 As we had very little paddling to do each day, we didn’t usually get onto the water until 10 or 11am, so I was chaffing at the bit on the second day to get out and paddle, but it was a case of I’d paddle 50 strokes and in that short time I’d move from the back of the pack to being 20 or 30 metres in front of the next paddler so would have to stop and wait 2 or 3 minutes for them to catch up again.

This was mildly frustrating as we set off to cross the channel, but then half way across it became evident that there was actually a pod of Orcas moving up the strait on the other side and if we moved quickly we would actually get to see them up close (well from 100 metres which is the closest distance we’re allowed to go) … somehow this message didn’t seem to get through to a few of our group, who seemed to meander along at a glacial pace, stopping every time we saw the Orcas surface in the distance to ooh and aah.

I sat out as far in front of the group as I could without being rude or getting called back hoping that we might, just might, get to see these guys up close, although as they moved further and further up the strait it became apparent that this was looking less likely.  Then, the gods smiled … the Orcas suddenly veered off course and just as we were rafting up into a single group, they veered right towards us, surfaced about 50-100 metres out and then dived and swam just under the surface … so close that we could see the ripple of their fins causing a wave on the water surface right towards and then under us in a blur of black and white before all emerging out of the water together just on the other side of us.  It was pretty darn amazing.

It took a little while to come off that high, especially as the rest of the day was almost as brilliant.  We had morning tea with seals swimming around our boats in near crystal clear water, then after a lazy lunch on the beach watching the amazing tidal changes, we got to taste the power of the ebb tide first hand as we paddled up against it as it channeled between the islands hugging the shore whilst watching a strange sea mist pass through. 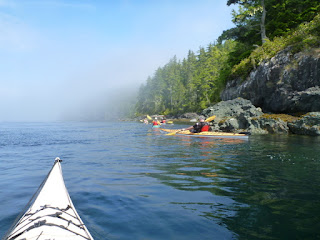 After a quick ride back down another channel, this time with the flow, we then emerged out into a mixing pot of currents where we came across a humpback whale feeding in the area.  This whale was to stay in the area for the next two days and we could sit in our camp at night and watch it moving around the bay in the distance.  Again, pretty cool.

Even despite my initial grumblings, it really was a brilliant trip, including campfires and wine at night watching the sunset with a wonderful group of people … 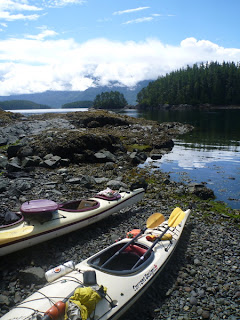 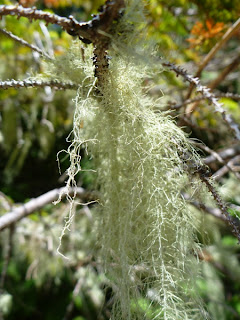 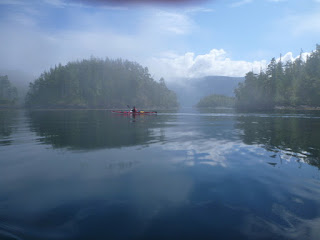 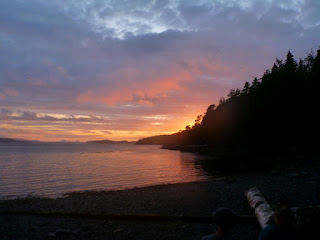 Yep, if it’s not already there, put it on your bucket list … and take me with you as your guide.